FAMILY HOUSE IN THE SLOPE by masparti; Czech Republic

The site is located on a hill below the forest, almost at the end of the street. Building activity in this neighbourhood began in the inter-war period, when large villas of several floors were built. In the course of the following years the place became denser as the original gardens were divided into smaller lots, where newer houses of smaller–scale started to appear.

The house is designed on a plot which offers a view of the opposite forested slope. This view is preserved both for those entering the top end of the street from the forest, as well as for those who live on the opposite side of the street, as the height of the house is rather low. Still, as the house is extended further to the garden, it offers great views over Drahany Highlands stretching on the horizon.

We designed the house as low as possible from the street and as simple as possible in general, especially when it is rather complex since designed for a family of three generations; the house is partially hidden underground and all what was needed is included in one extended form stretching into the narrow garden.

The entrance is situated at the level of the upper floor, where a garage for two cars and the larger apartment with terrace is situated. Smaller apartment is at the lower floor with direct entry to the garden. 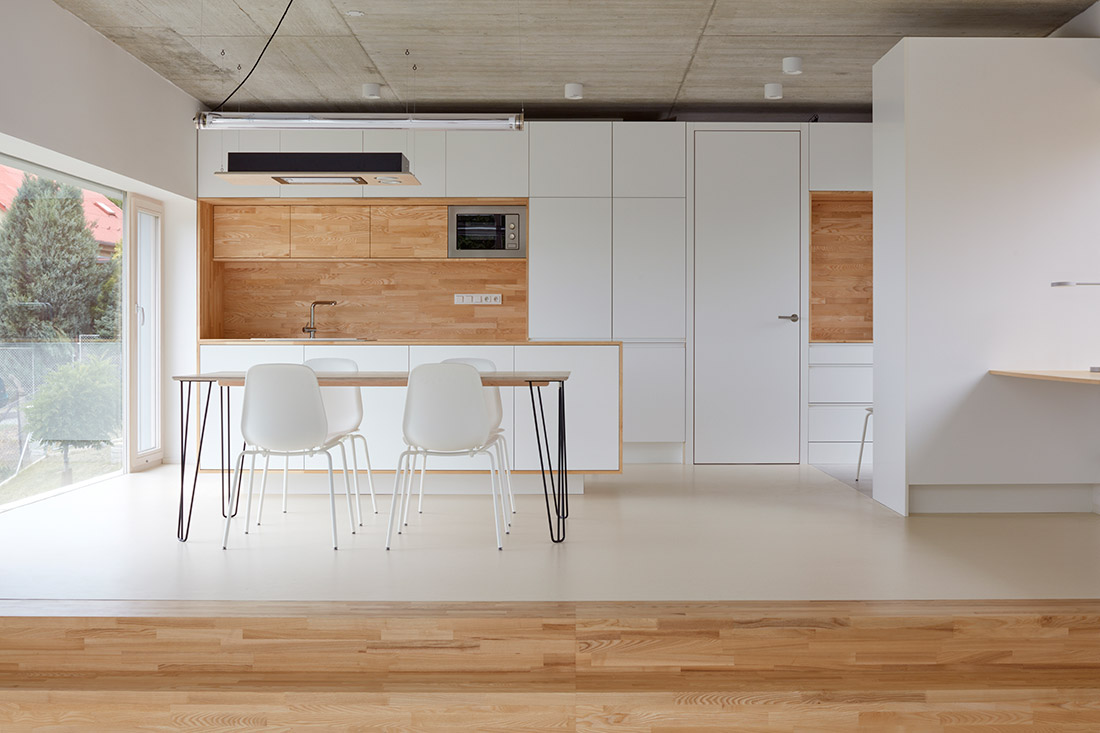 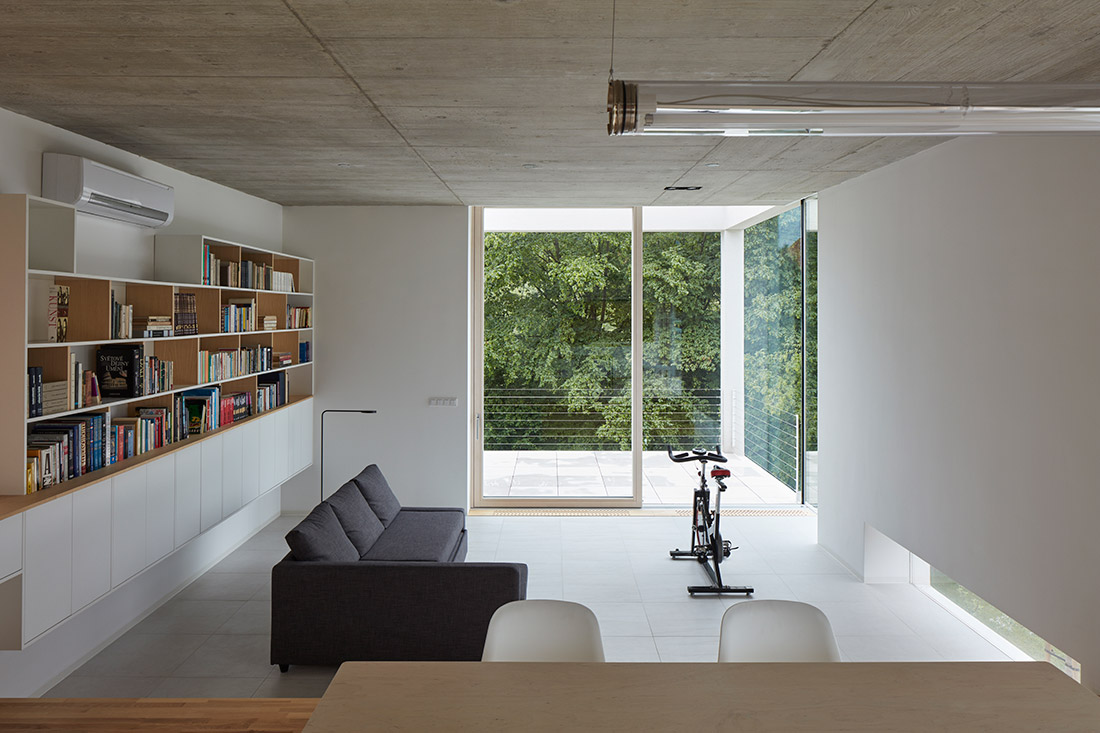 For the client – as he mentions – it´s the different spatial quality from the standardized house he lived before. He speaks specifically about the living room upstairs, where the daylight changes in the course of the day and where he especially enjoys sunsets.

We designed the living room as expanding outside – to the exterior, providing both intimate and long-distance views; the largest glazing is leading to the terrace framed by grown trees while the lower glazing next to the dining table has a clear view to the west – Furthermore there´s a window next to the working place, that provides morning sun. This widow is covered by vertical wooden laths that let the sun in, but keep the neighbour´s privacy. There´s also a spatial hierarchy thanks to the slightly tilted roof; where the spaces are lined up from the lowest (double-garage) to the highest (living room) and from there going on to the terrace with no roof at all. In this direction – from the (public) street to the (private) garden – also windows get larger.

For us (architects), it was perhaps the agreement of the client – and his family – to build and live in one house instead of in two. They chose a rather small lot in an existing neighbourhood, so the challenge was to provide all the possible comfort to the client´s family and yet to keep the reasonable size of the house, to keep their privacy so as the neighbour´s. 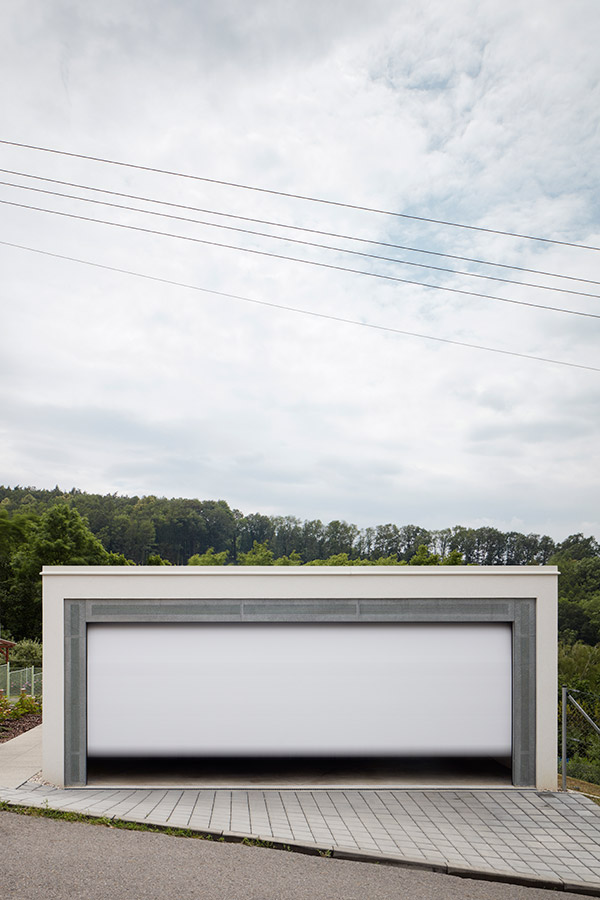 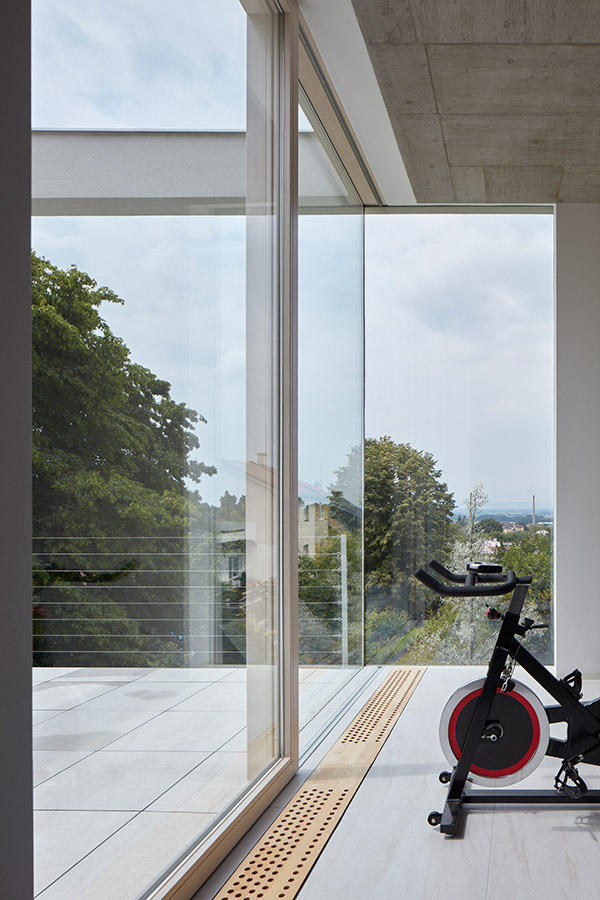 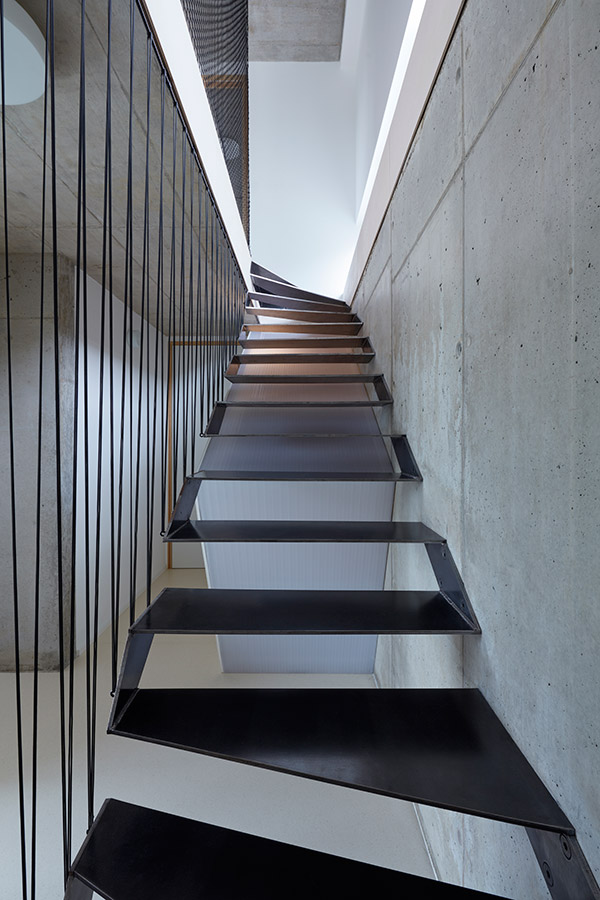 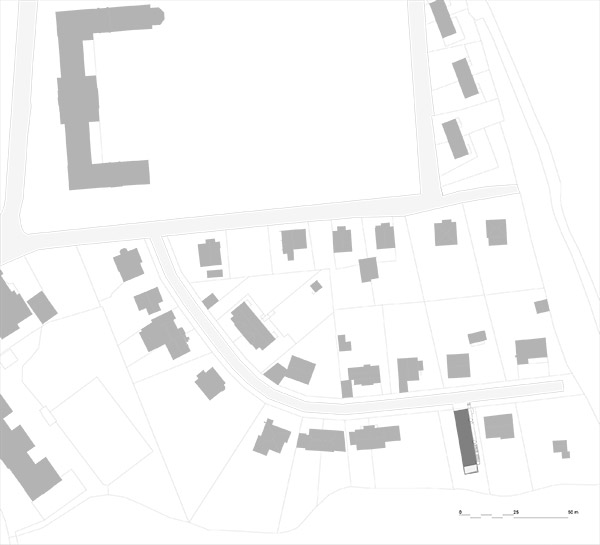 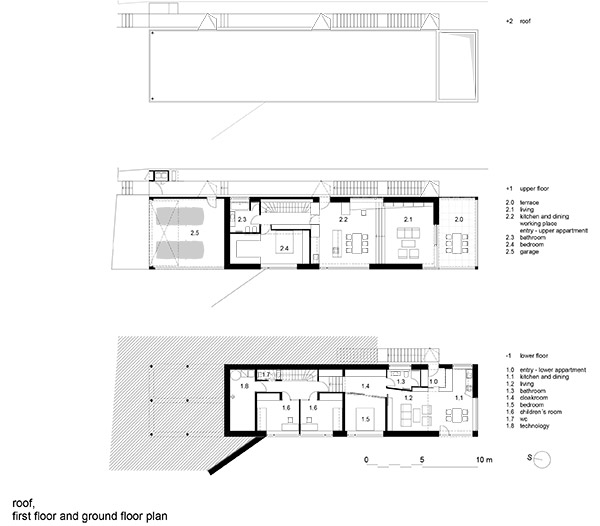