The two-storey house with a garage is located in the village Lietavská Svinná – Babkov, in the part Kňazová Lehota. The village lies in the valley of the river Svinianka, in the southern part of the Žilina Basin. The views of the Lietava castle and the opposite limestone ridge open up from the sloping plot on the southern boundary of the built-up area.
The house is shifted to the southern border of the plot with an area of almost 1700 m2. The configuration of the terrain was the basis for the two-level land use. The garage, accessible by the road running along the eastern edge of the plot, forms the base for the night part of the house. The L-shaped floor plan, which develops at a higher level, is bounded from the eastern part of the upper, daily part of the house with a gable roof. It also creates a visual barrier for the open segment of the garden. The concrete terrace, surrounded by both sides of the house, opens to the southwest. No neighbours disturb the view of the surrounding meadows.
The pleasant grey patina of wood used on the façade of the daily part of the house is alternated by meticulously monochromatic areas of the lower wing. No overhang roof and concealed gutters make the composition of a pair of blocks stand out. The spatial concept is enriched by the elevated zone of the living room, open to the full height of the roof.

What makes this project one-of-a-kind?
Humility of the building design towards the environment and nature 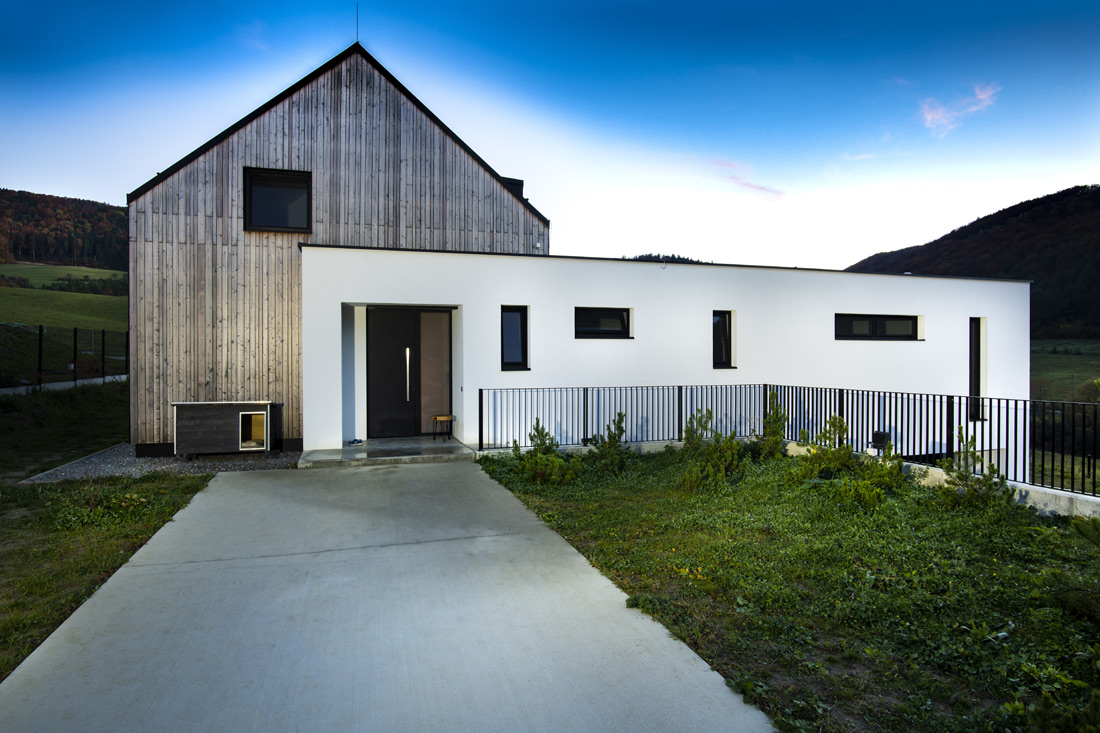 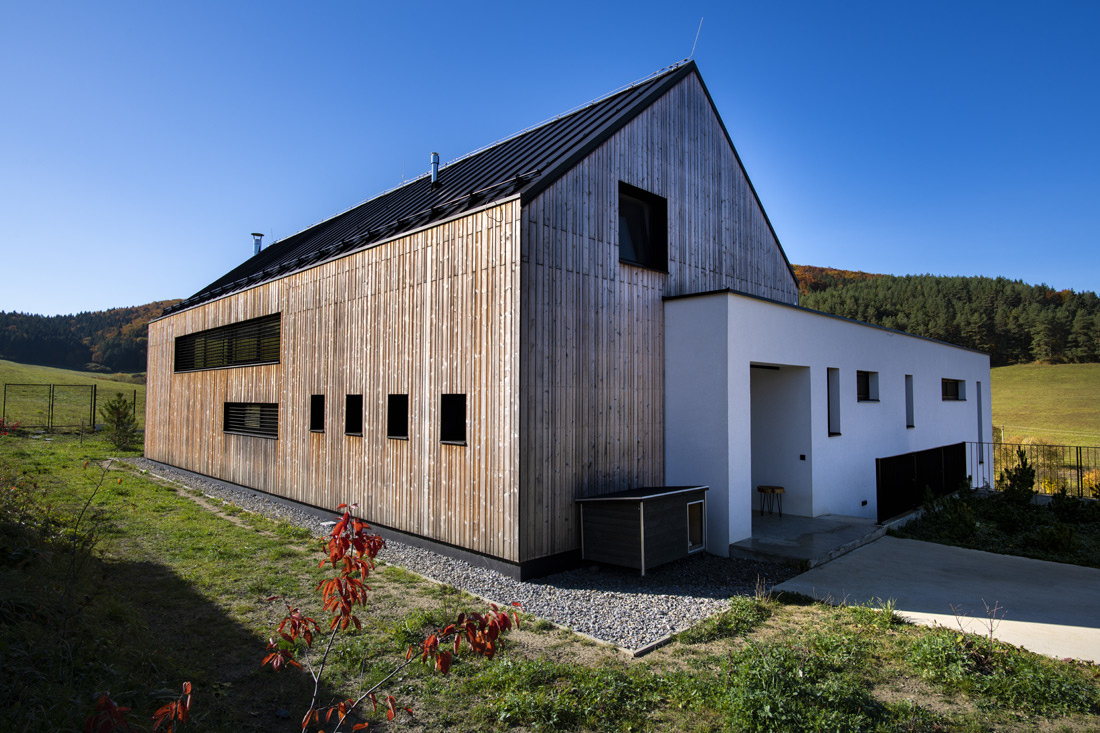 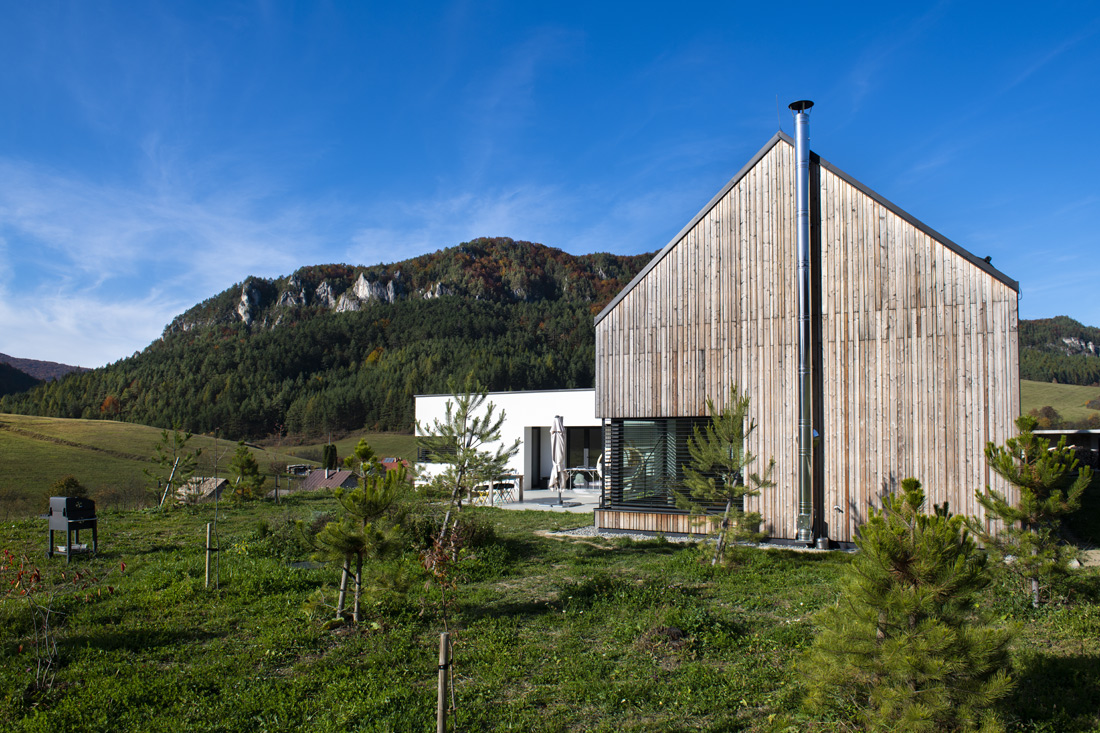 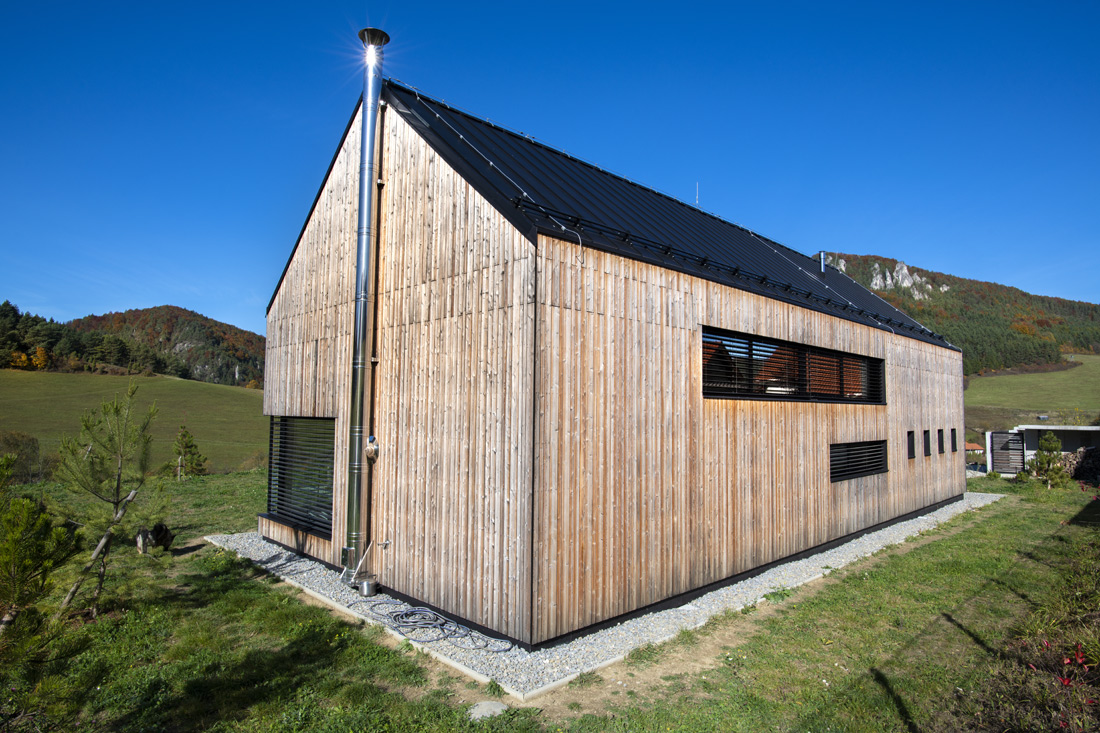 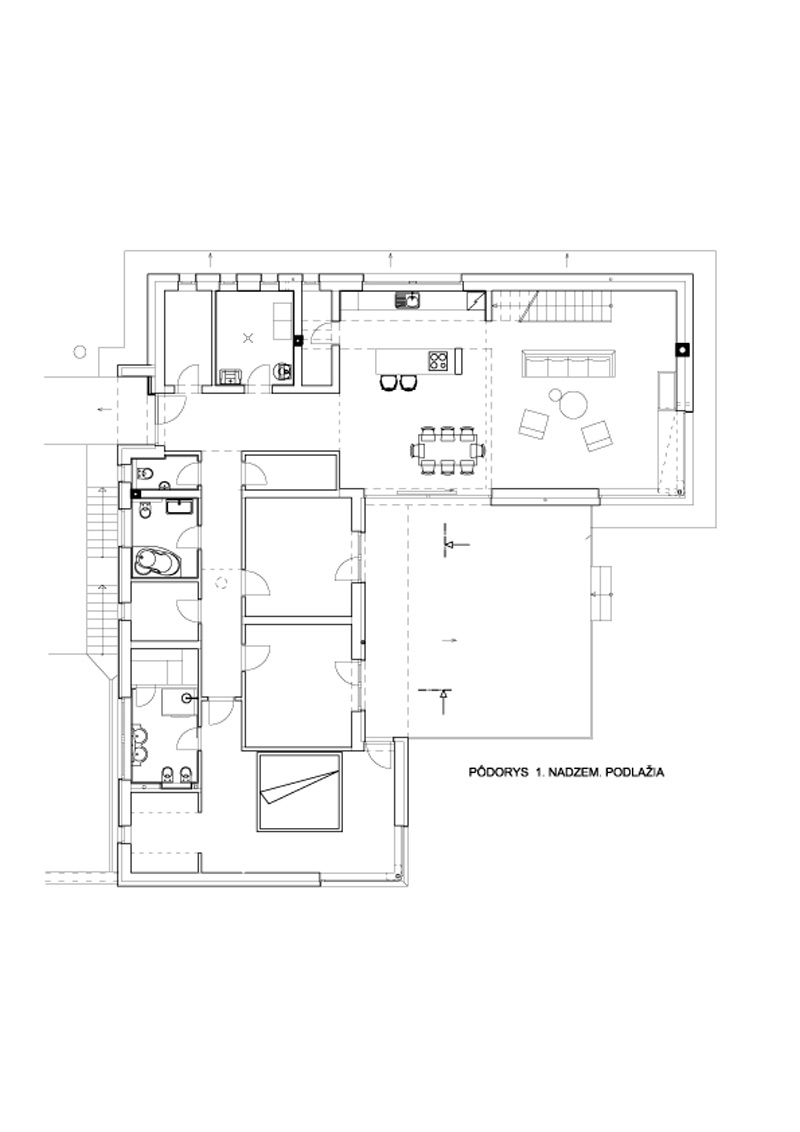 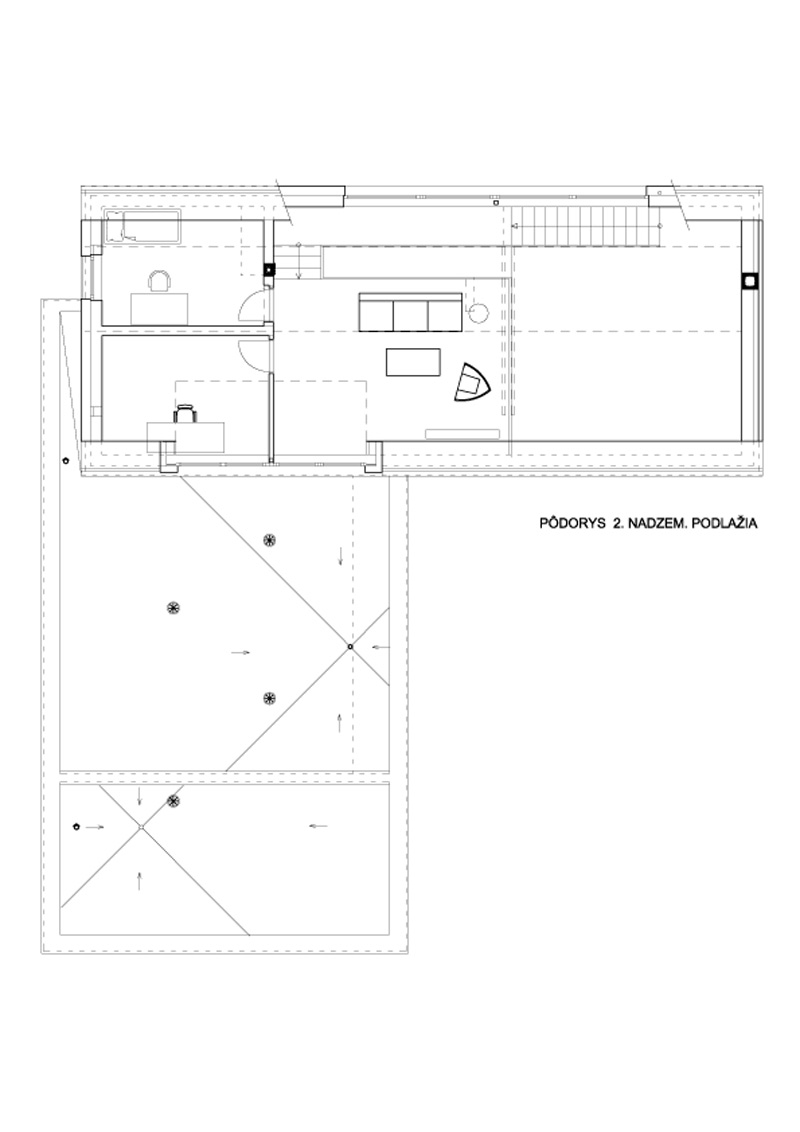 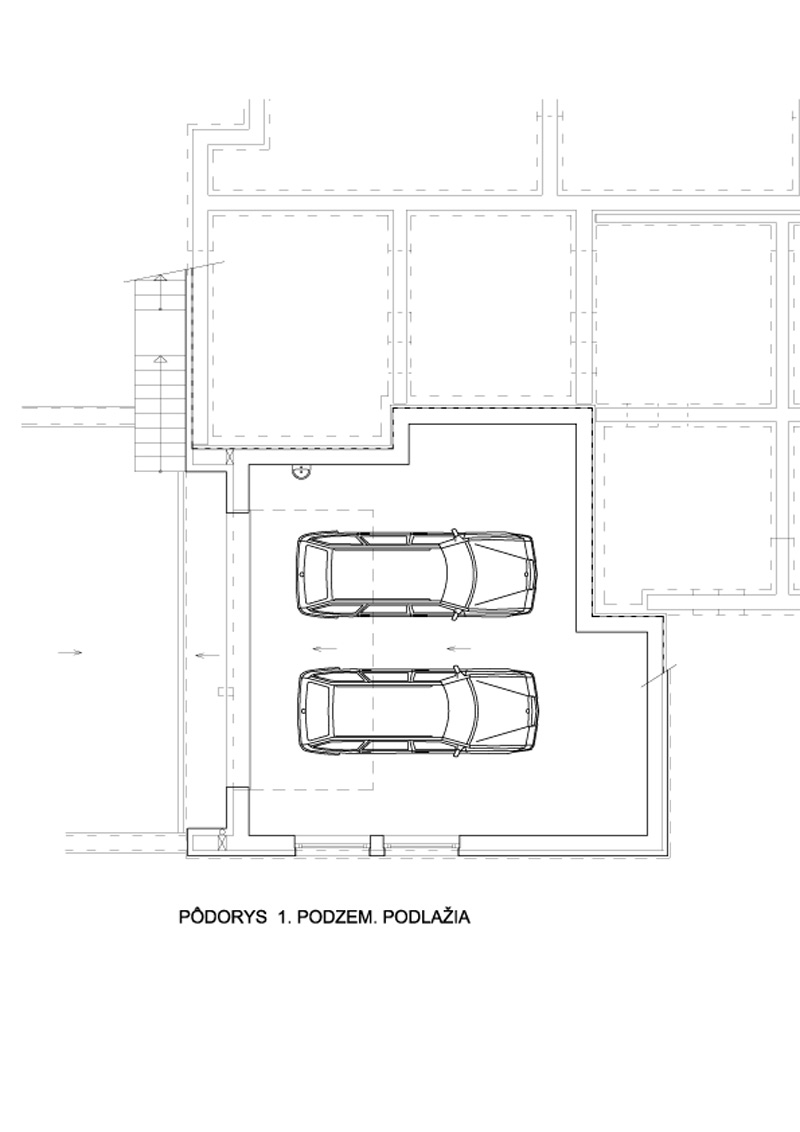 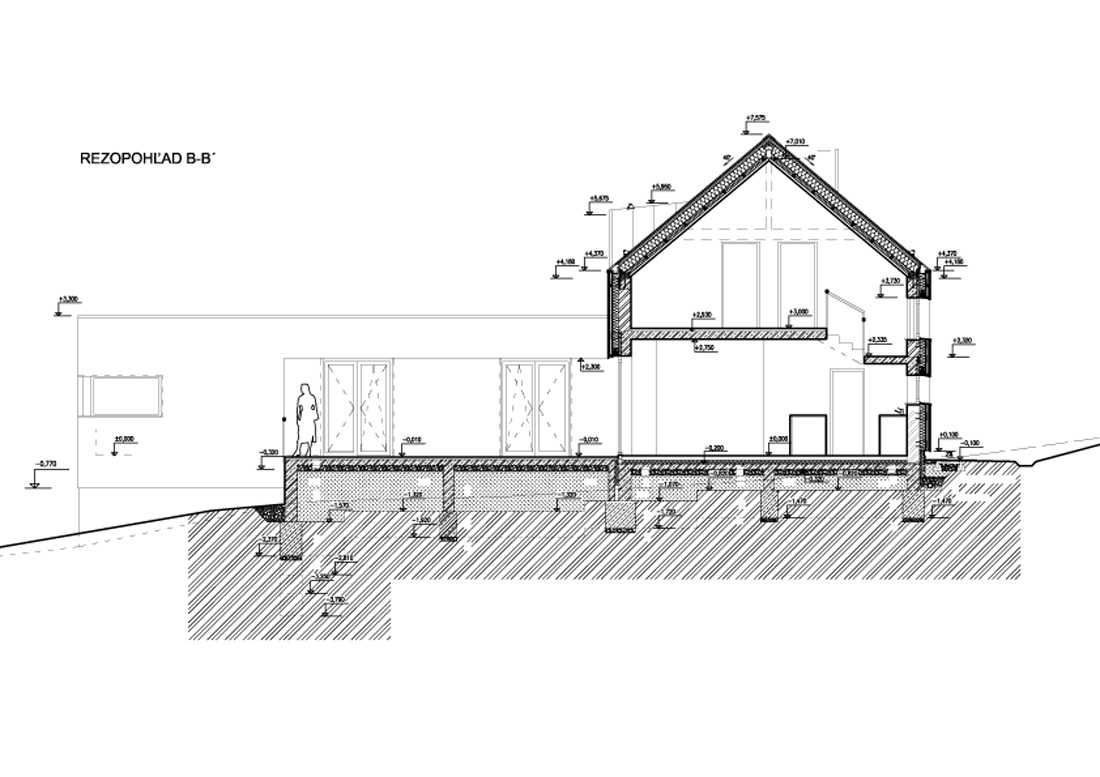 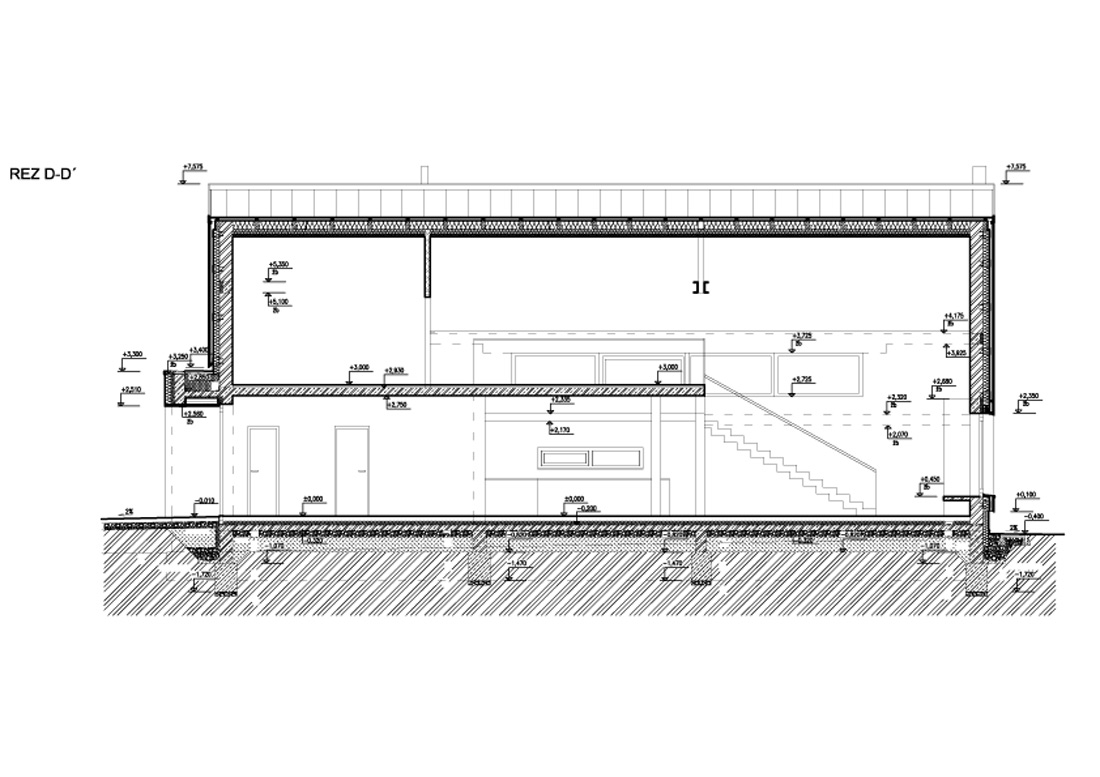