Cocoons play an important role in protecting insects in a period when the most dramatic changes in their appearance and behavior occur. Inspired by the idea of transformation, we have designed a self-forming lamp by programming the behavior of the material.
A complex articulated equilibrium in the form of three-dimensional curvature patterns is delineated through the interaction between two divergent material behaviors. On the one hand, the stored elastic energy of stretched textile, and on the other hand, the stiffness of a thermoplastic polymer distributed heterogeneously through algorithmically generated 3D-printed patterns. At the Bucharest-based design and manufacturing studio Drag And Drop, the two material components are combined in a hybrid system with a smooth aesthetic appearance, forming a lamp with organic aesthetics. 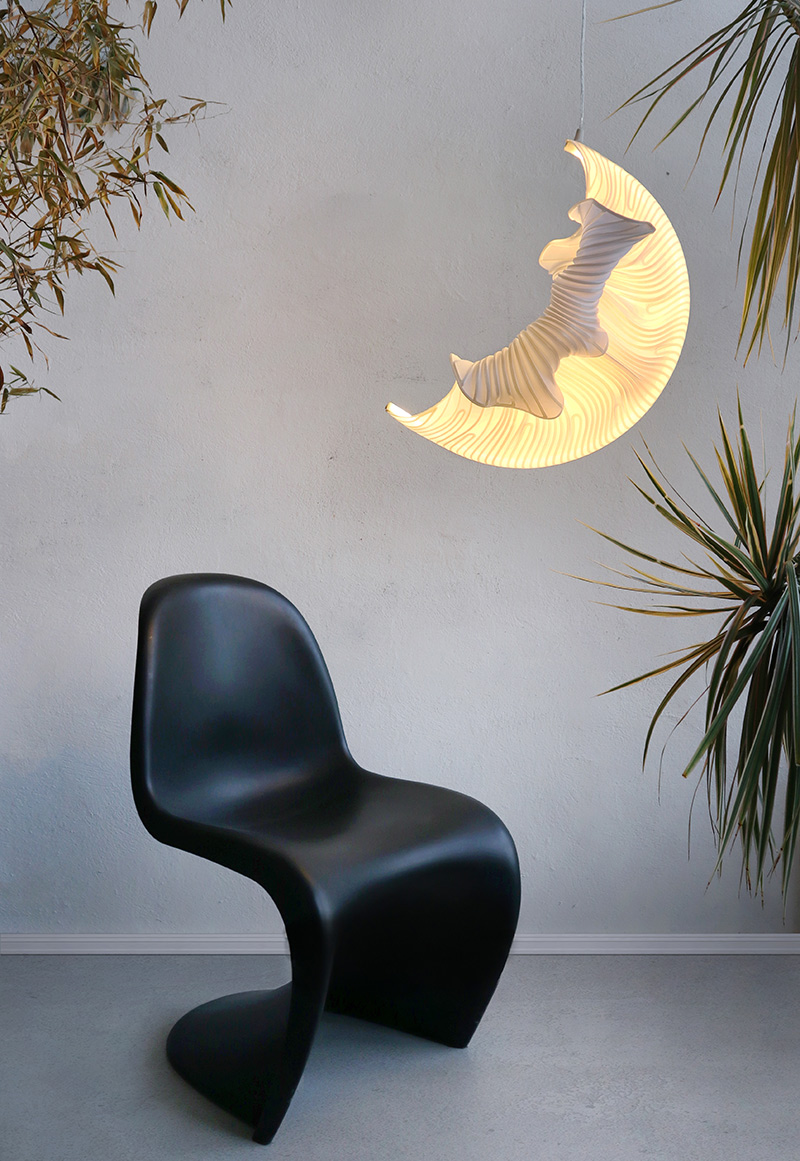 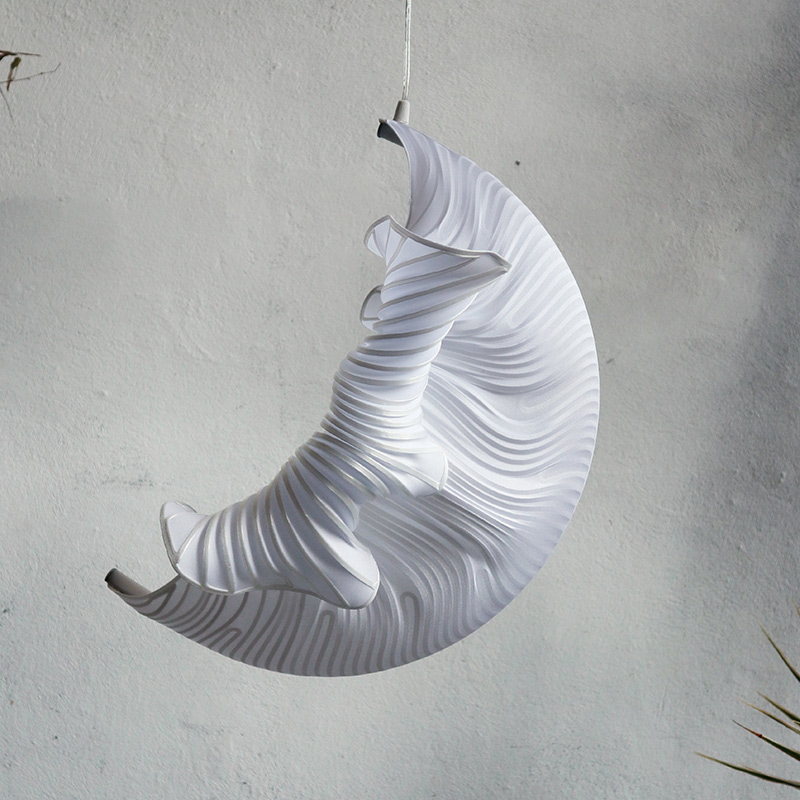 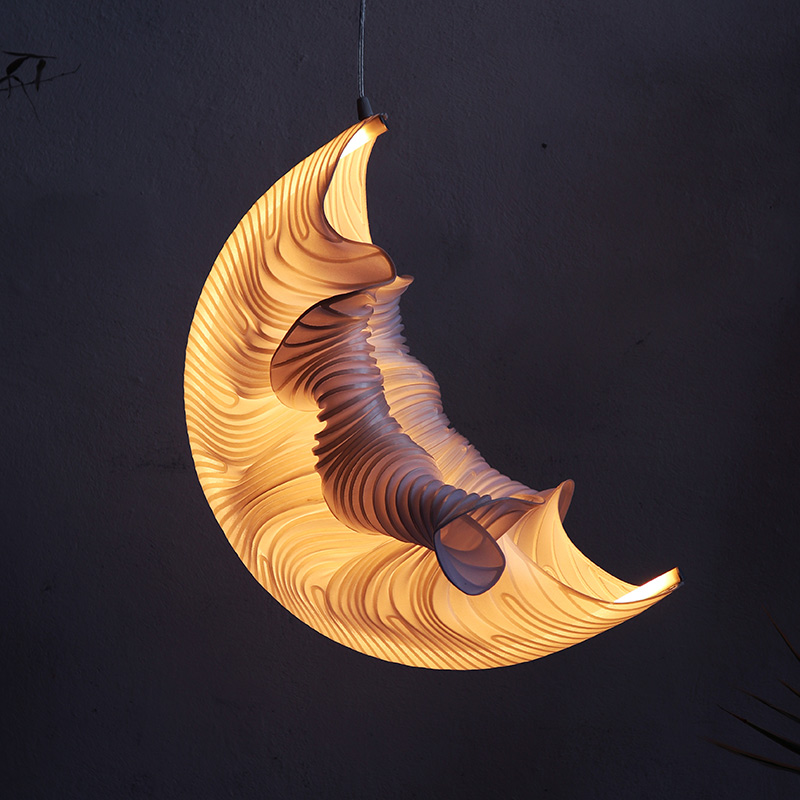 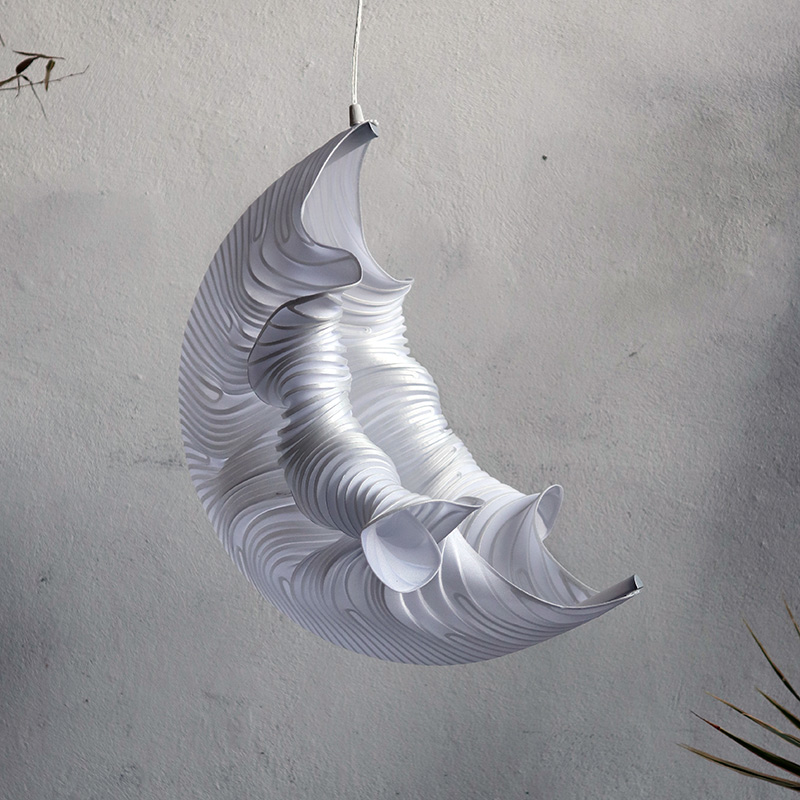 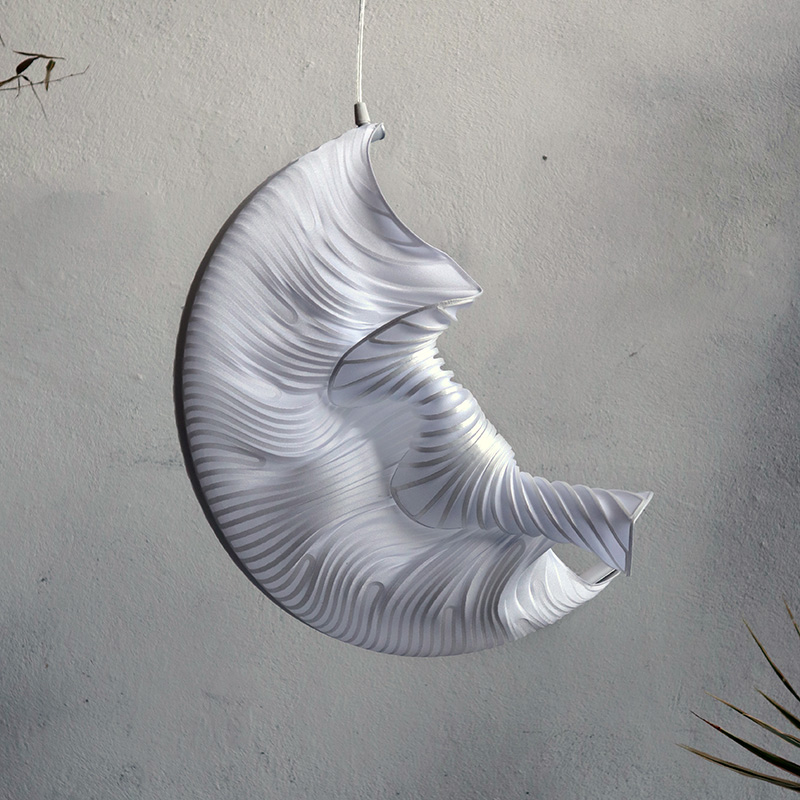 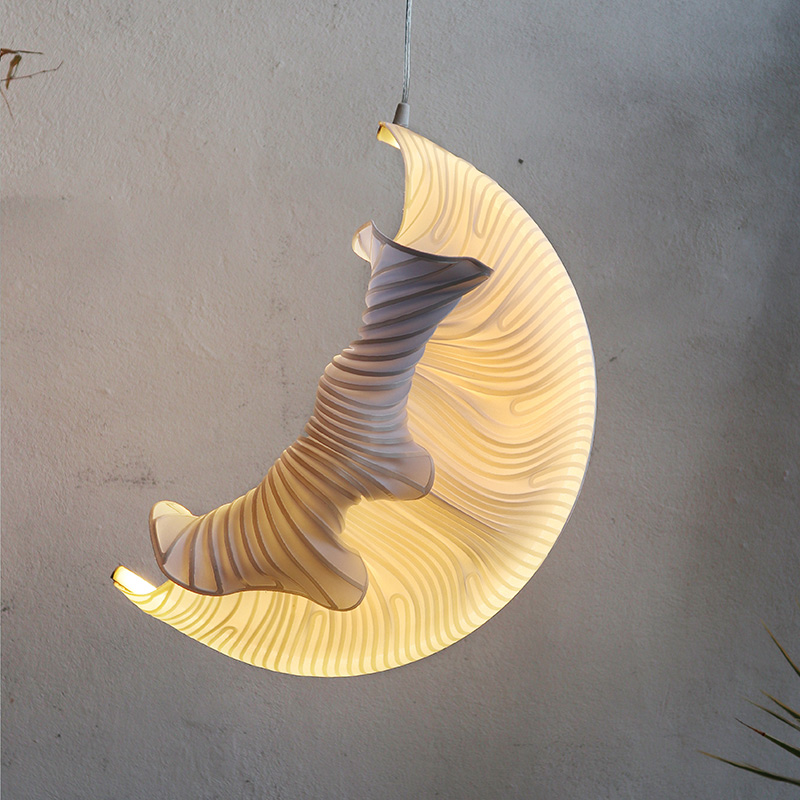 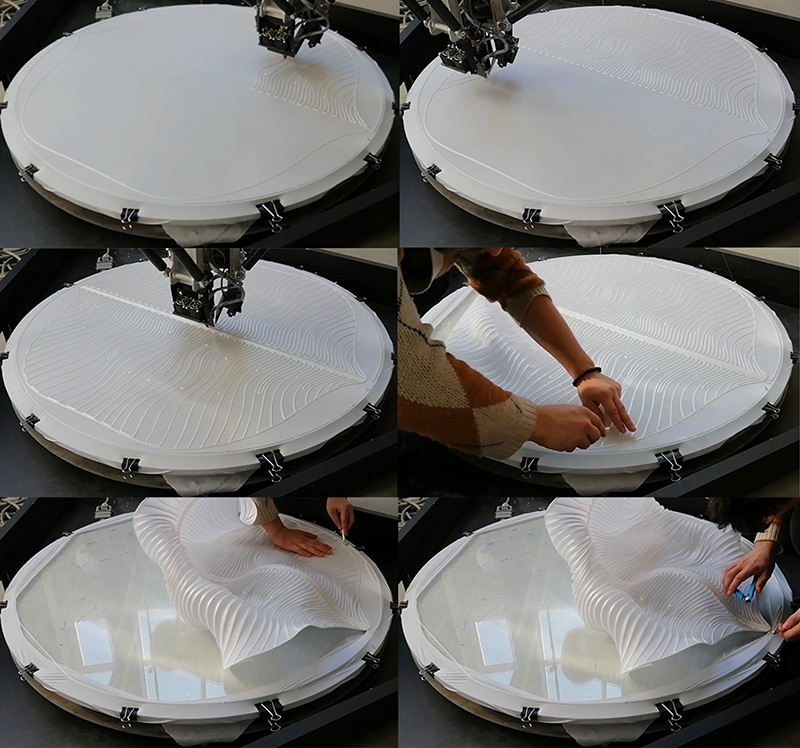