Typical part of typology of vernacular mountain chalets is a projection of function of each part of a house into the exterior appearance – living spaces with the largest windows on the ground floor, small bedrooms located on the upper levels.
In this project we placed the main living space on the upper level and utilized in maximum way the construction of the attic – the space is opened up to the full height of the roof and thereby we gain new scale of the house in comparison with its limited exterior dimensions. This concept has analogically articulated itself with traditional practices by enlarged window openings on the upper level and smaller windows on the ground floor.
Exterior appearance uses the design elements of solitary mountain architecture such as stone pedestal wall or gable wall with traditional wooden facing, which is stepwise overhanged. Our design utilizes this characteristic element and transforms it as a gradual extension of the gable wall.
This house with its low ceiling height and careful placement in the sloping terrain acts as if the house had grown from the surrounding nature.

Our primary effort was to be inspired by traditional architecture and try by means of slight deferral of meaning and architectural semantics identify the designed house with the contemporary period of 21st century. The aim was not only a creation of quality concept from an architectural point of view, but also for it to be a part of natural environment and help to shape genius loci in a positive way. 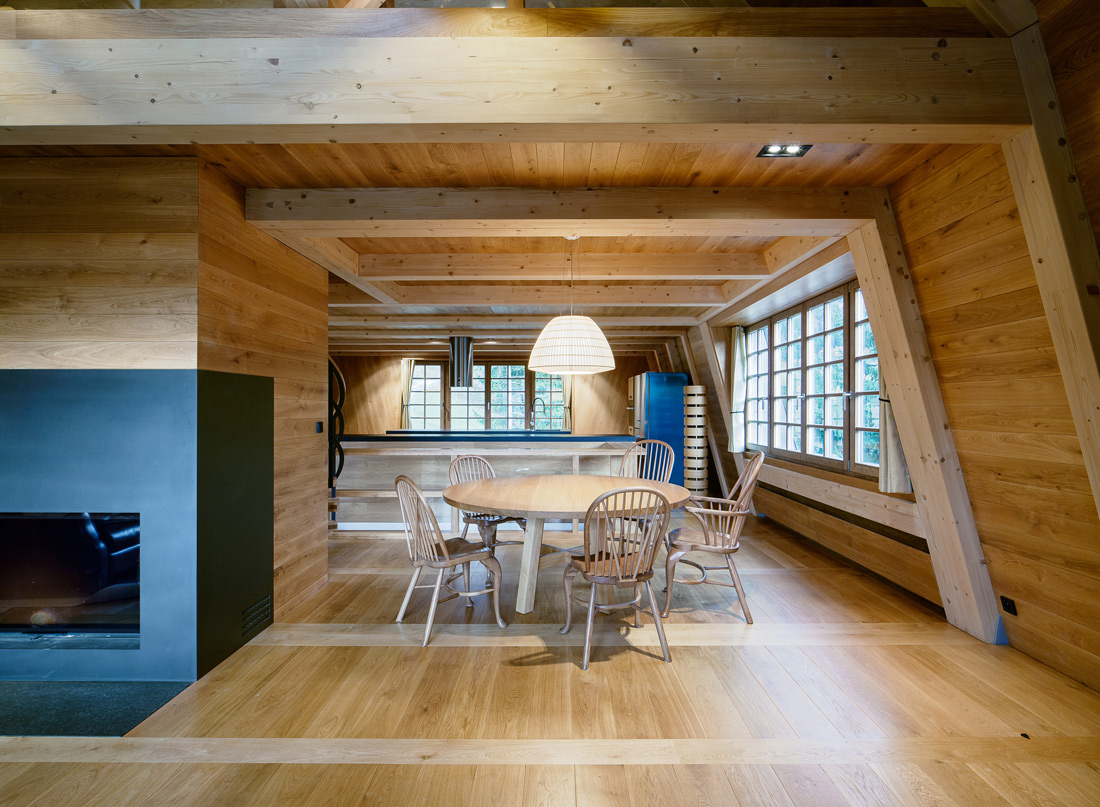 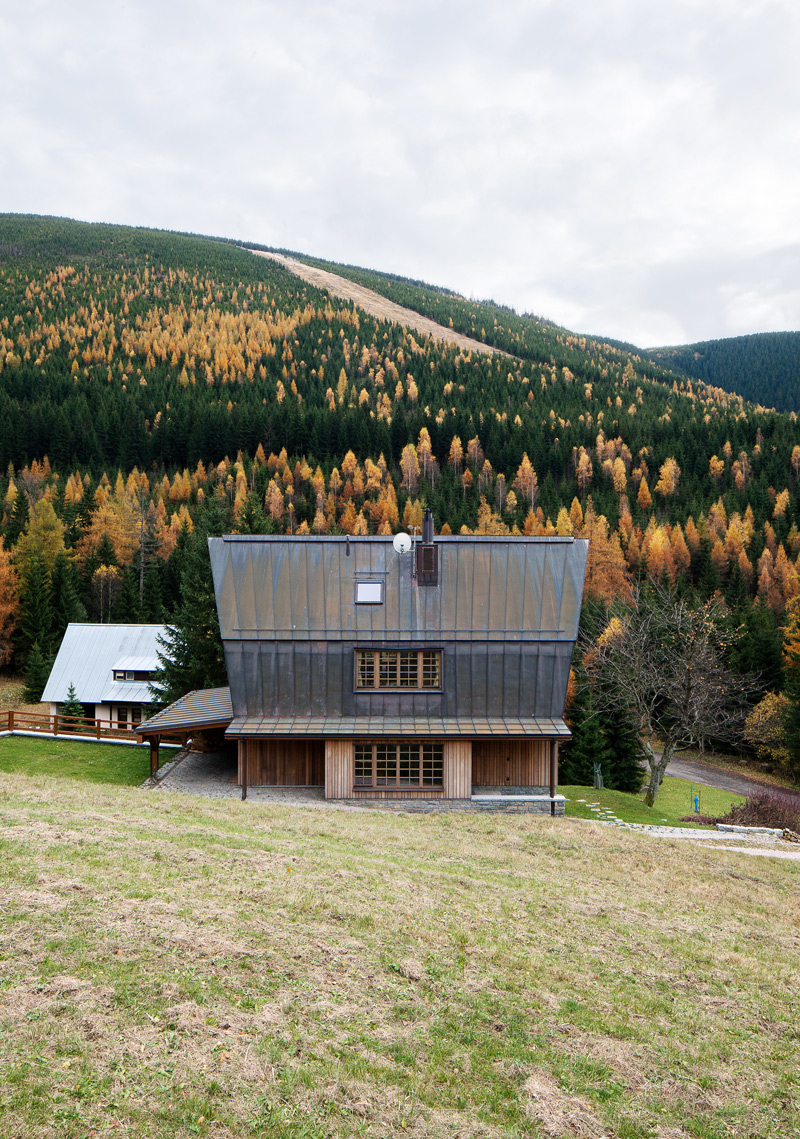 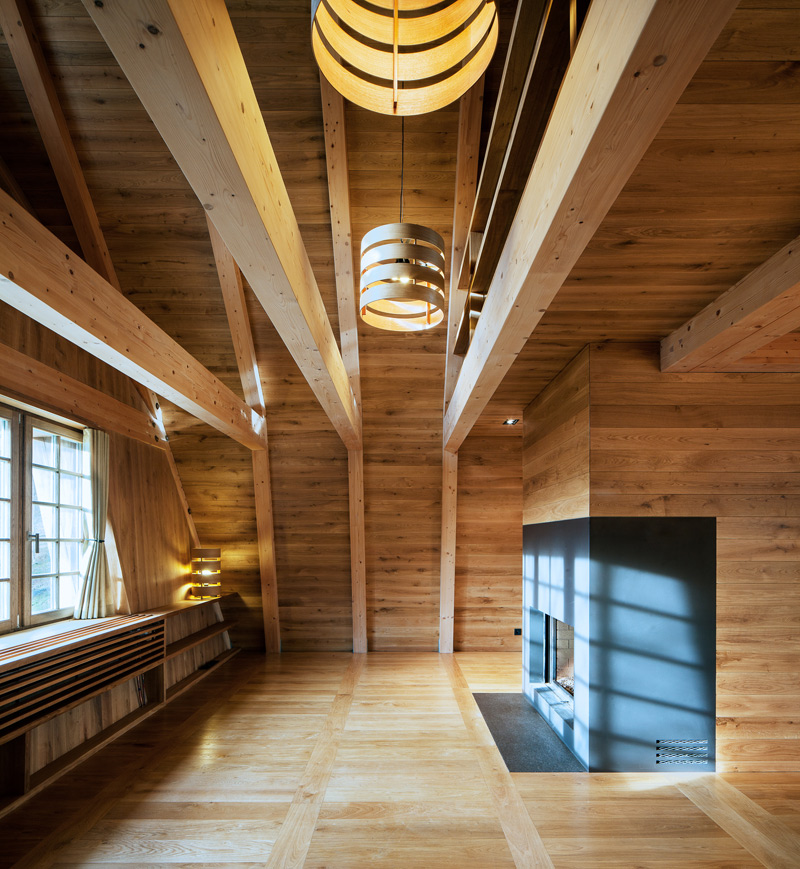 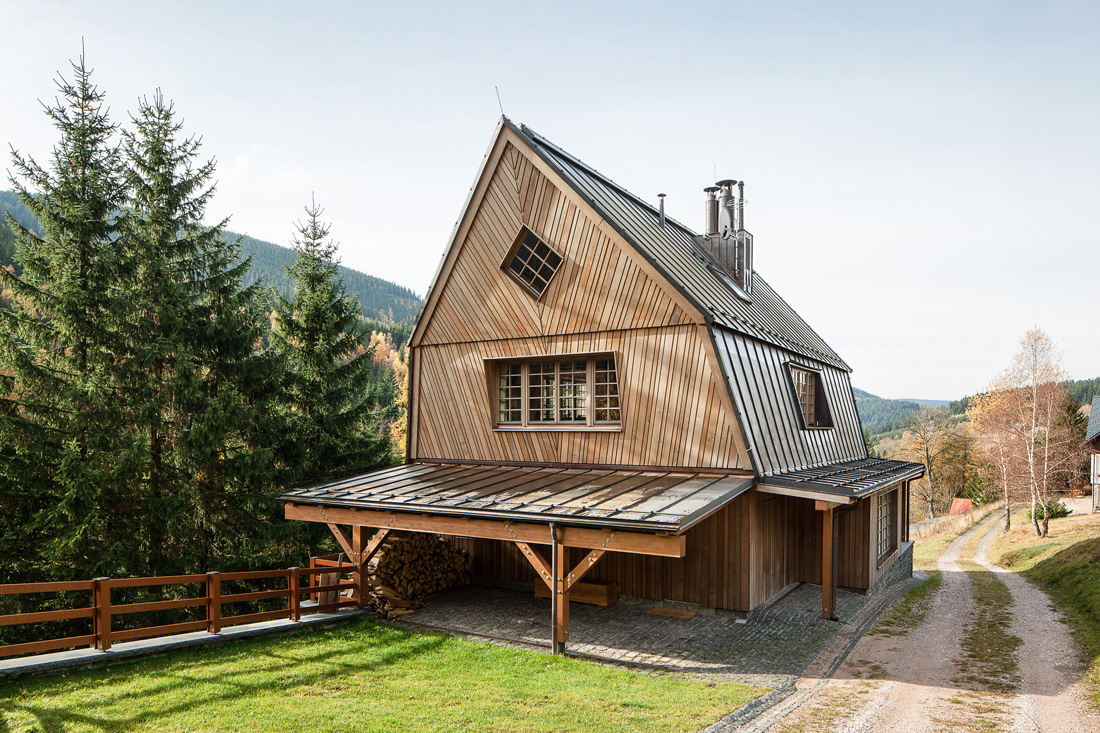 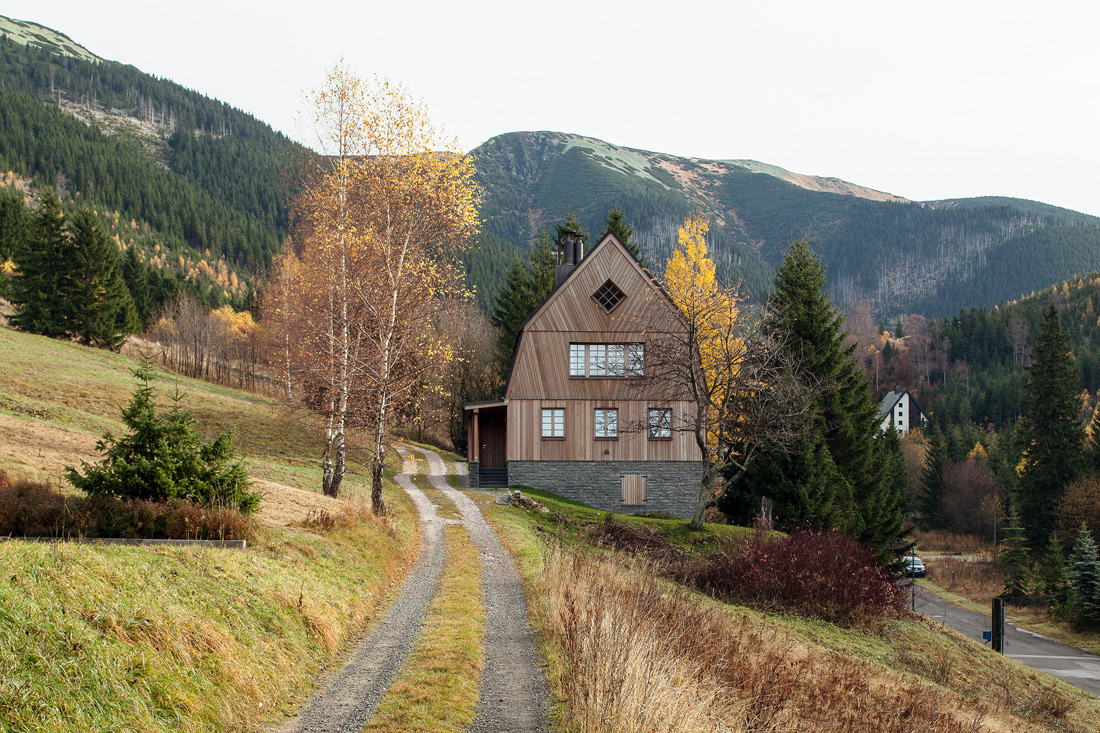 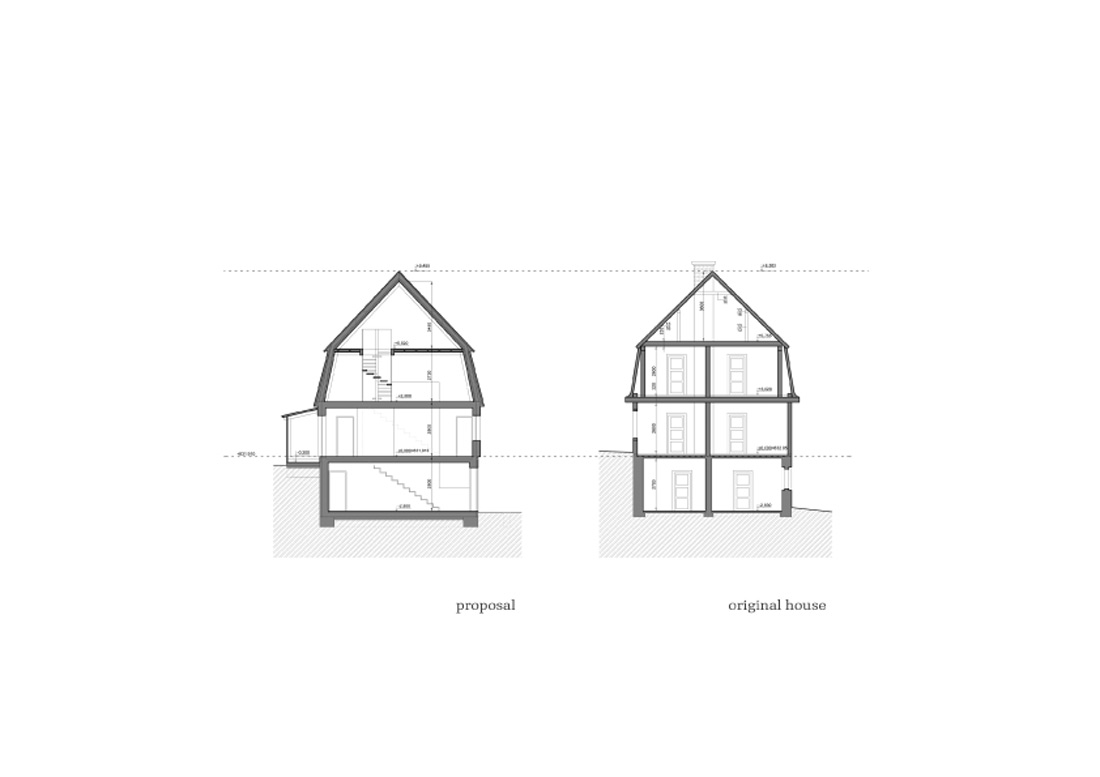 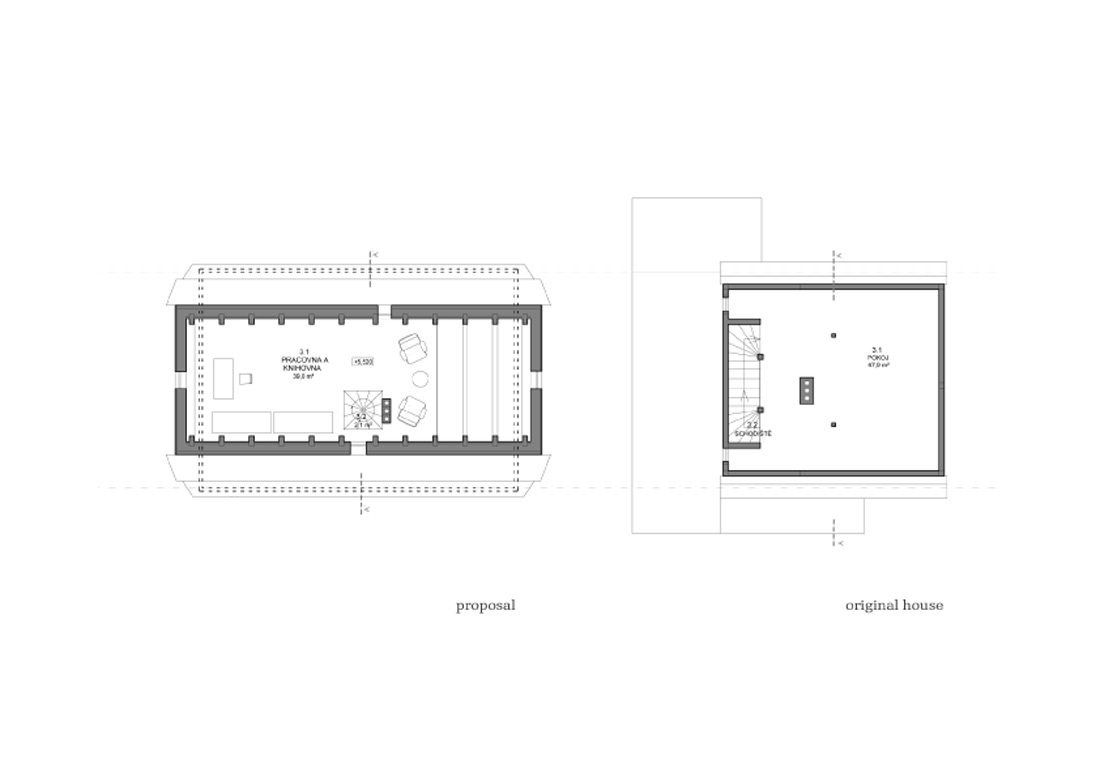 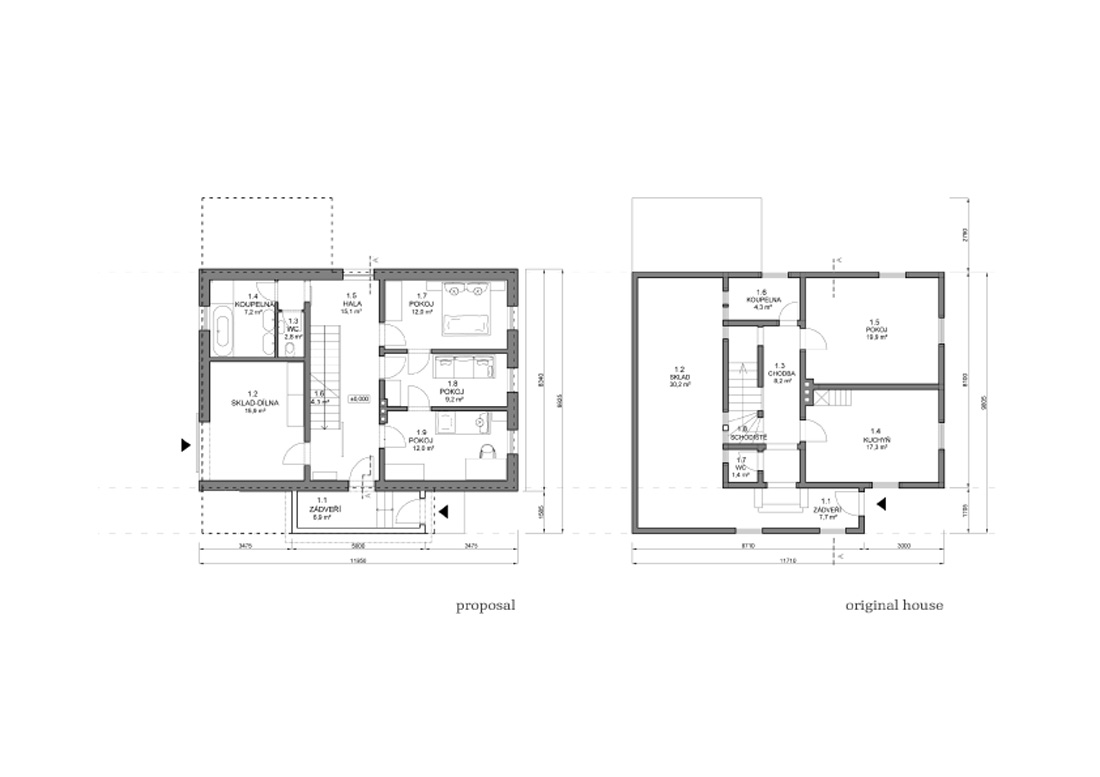 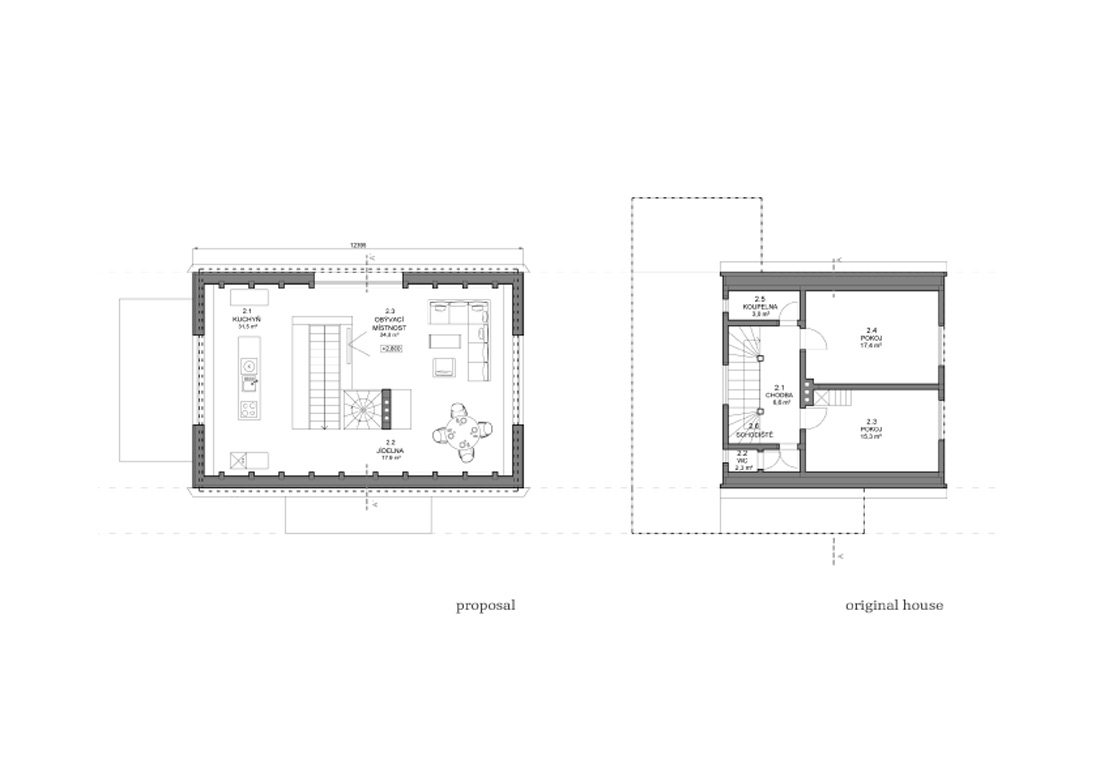 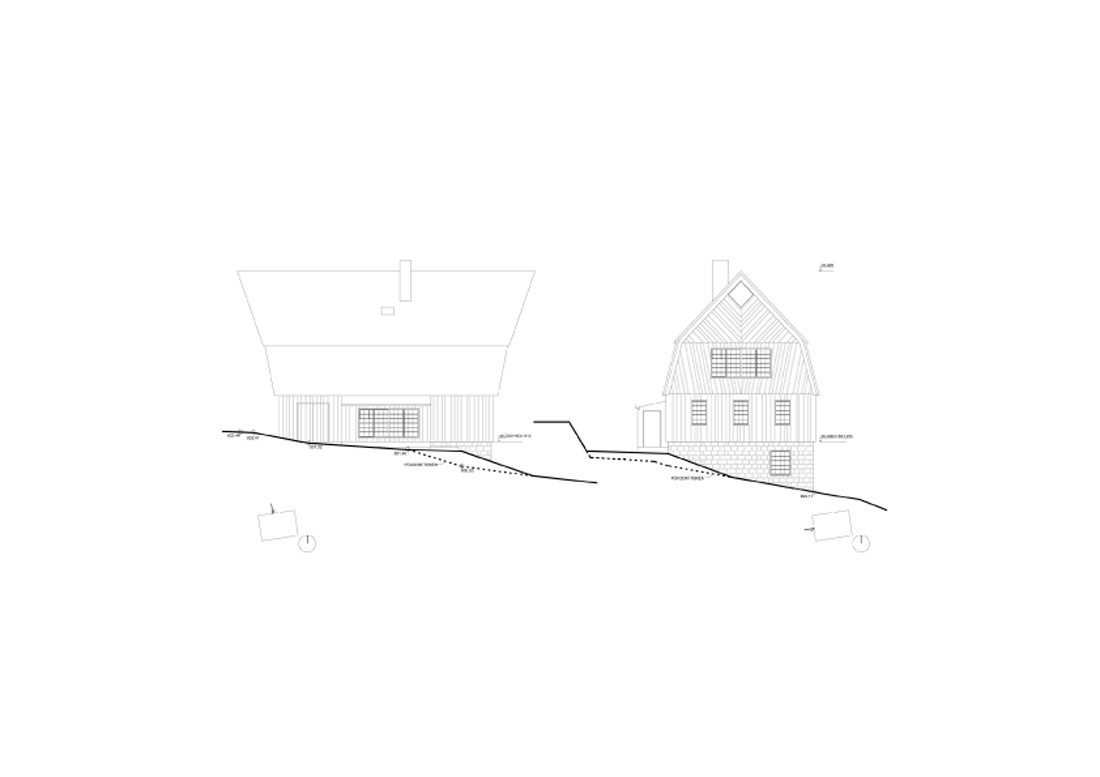 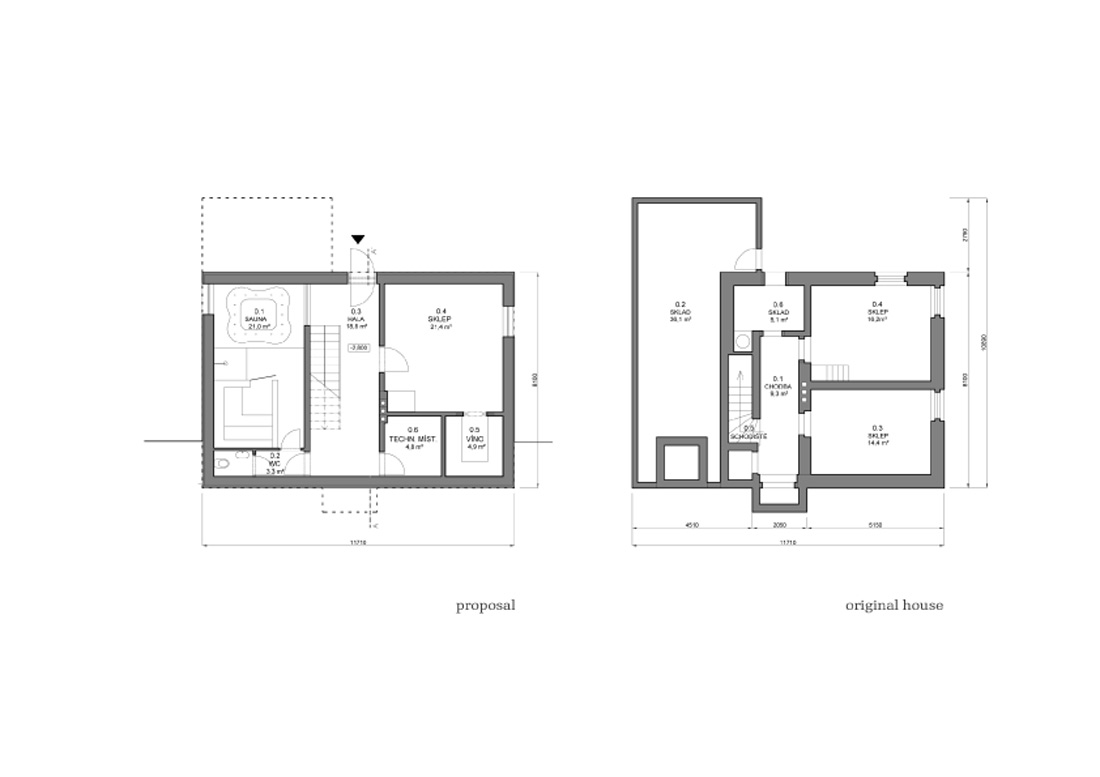