The building is located in the old city center of Bucharest and has had a long and intricate history. Built in the 19th century, it started out as a bank and then it became a clothing shop between the `50s and the `90s. In the past 20 years, after the clothing shop closed, the building became slowly a ruin, before it regained life as a bookstore. We saw it as a permanent shell and our intervention as a fragment in its history. Pieces of recent restorations were kept visible in our final design, the concrete walls in the basement and several components of outline beams, as an expression of the building’s continuous metamorphosis.

Being a retail space, the main functional component is the furniture. The height of the floors made possible the addition of intermediary platforms, serving as the stylistic elements that define and shape the space.

We had to play with the existing elements and find ways to create visual impact and sculptural value, while empowering the classical elements of the building. We created an organic fluid form that winds through the existing structural elements, sometimes withdrawn behind the existing pillars and other times emerging in the spaces between them. The platforms have a railing composed of equally spaced metal rods that follows the form and is both opaque and transparent, depending on the angle of view and the curvature of the shape.

We opted for a punctual lighting system with a warm spectrum. Seemingly random, the arrangement of luminaries has been calculated to fulfill the illumination needs of various products. The photometric calculations resulted a number of bodies in the proximity of the furniture and above circulations – purely functional light – and another number of bodies that give the ambient light. The image that inspired the artificial lighting design is that of a starry sky, like the one seen through the central skylight at night. 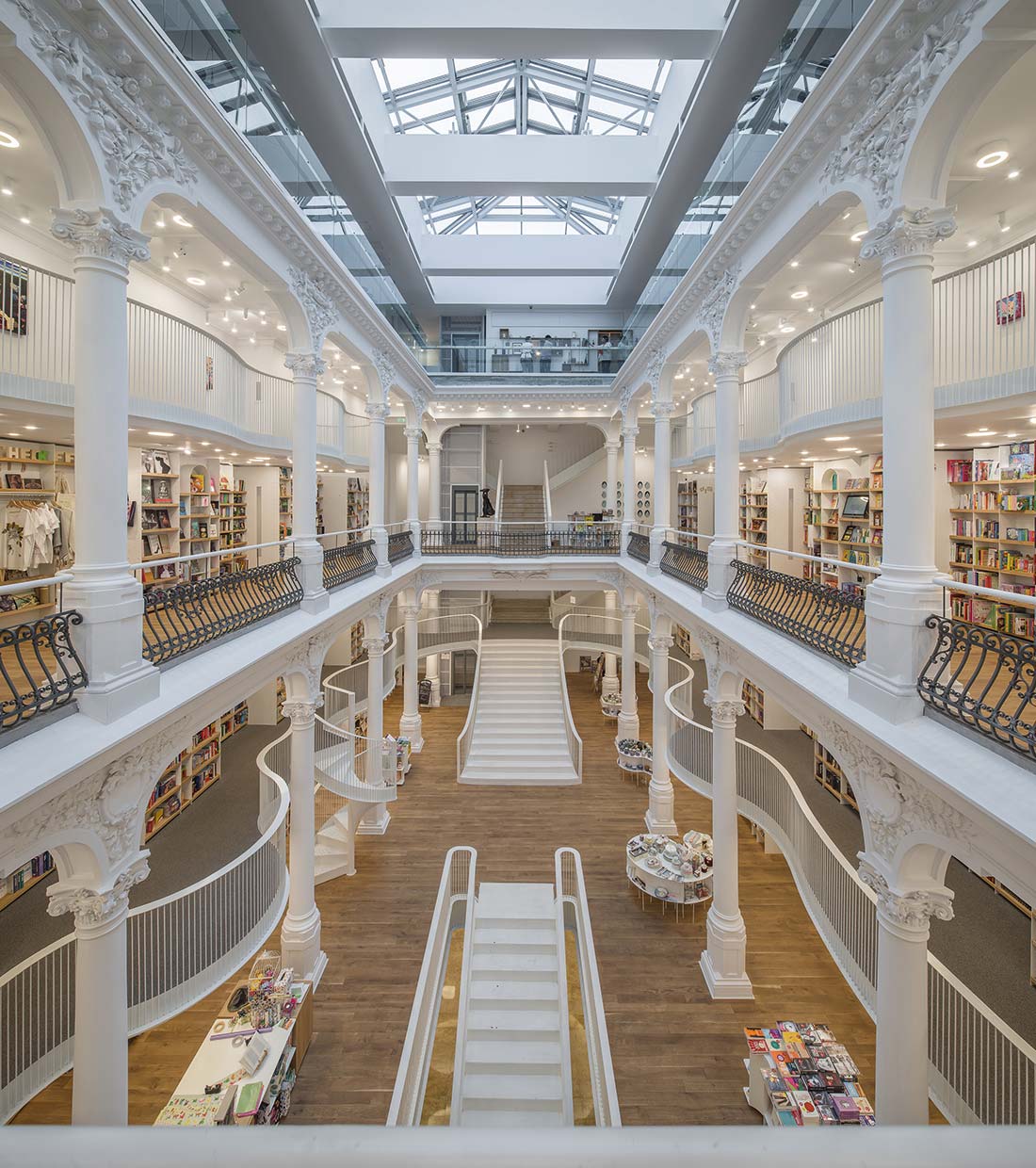 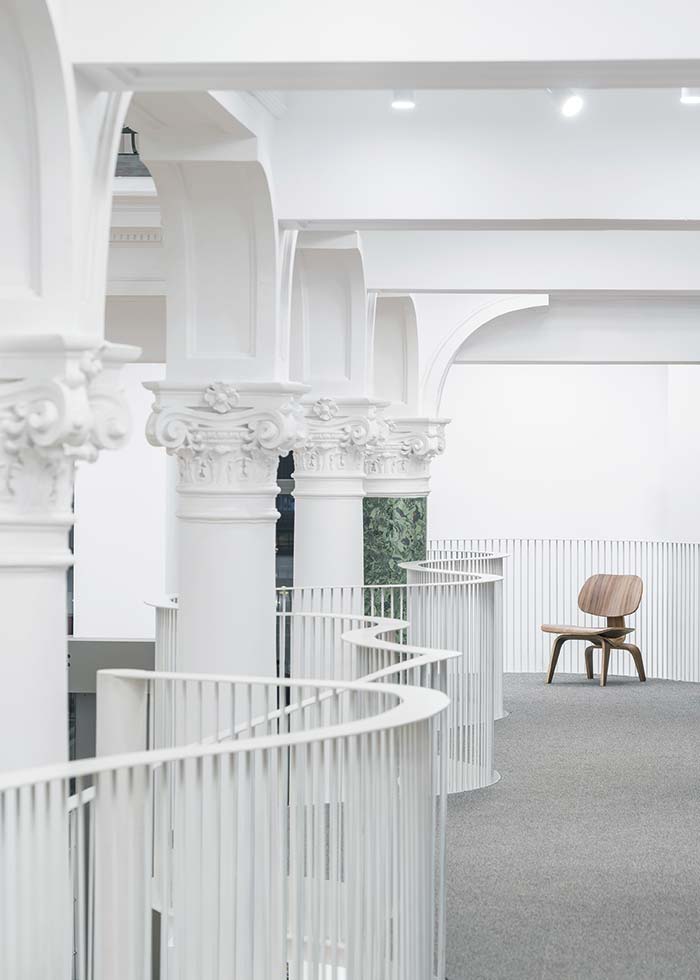 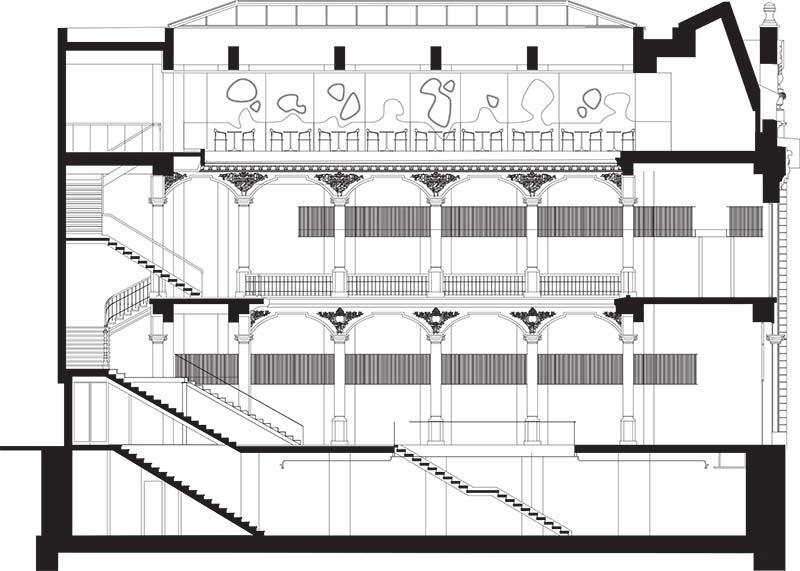