Kamenitsa Brewery – Beer-flavored architecture
Kamenitsa AD transformed its presence in the city of Plovdiv, Bulgaria, by constructing a unique multifunctional complex on the territory of the former brewery. Its name “Kamenitsa Brewery” is dedicated to the 135-year history of the first beer in Bulgaria. The complex includes a microbrewery for the production of craft beer, a visitor center, a beer restaurant, a shop, a parking space and an open amphitheater stage for cultural and social events.

Main aspects of the developed concept – The leading idea behind the design of the project is that beer brings people together. It is an occasion for old friends to see each other and for the start of new friendships. For this reason, the space around the building has been developed as a park environment with an amphitheater so that it is fully accessible to all. Just as beer production has followed traditions since 1881, but with the latest technology and materials has constantly developed and improved, so have the designers tried to capture the traditional spirit of the old beer factory, but in a modern way. The brick, the main building material of the past, stands out. Arches supported by solid columns are used. The iconic chimney of the brewery is preserved, falling into the new building and becoming an accent to which the entire interior is subordinated. These architectural forms and materials of a bygone era are combined with light, openwork glass facades and topical elements in the park environment so that the end result is a spectacular and modern structure. The goal is for the traditional and modern to go hand in hand.

Architectural Decisions – The multifunctional complex has a built-up area of about 770 square meters and a total area of 1690 square meters. The amphitheater has a capacity of 17 rows with a total of about 190 seats. For larger events, the amphitheater scene can increase in size.
Interior Vision – The restaurant is designed in an industrial style, as is the building itself. Characteristic of this style are elements such as wrought iron, brick cladding and wood present everywhere, passing into the ceiling like ribs with an acoustic effect. The chimney, as a major focus in the architecture around which the complex develops, is also present in the interior. It is lined entirely with beer bottles that are illuminated and add to the restaurant’s beer aesthetic.
Park environment – Landscaping has been developed in the current trend of the modern urban landscape, following the style of the architectural solution. Abstract and geometric stylistics of the green areas was sought after, emphasized by plant volumes. Deciduous trees with spherical crowns and ornamental shrubs are selected. The lines are further accentuated by the planted trees with red foliage.

Statement by the jury
The Kamenitza Brewery in Bulgaria by Art New Vision Architectural Studio is a unique blend of past traditions and contemporary architecture, completely immersed in its rich history. 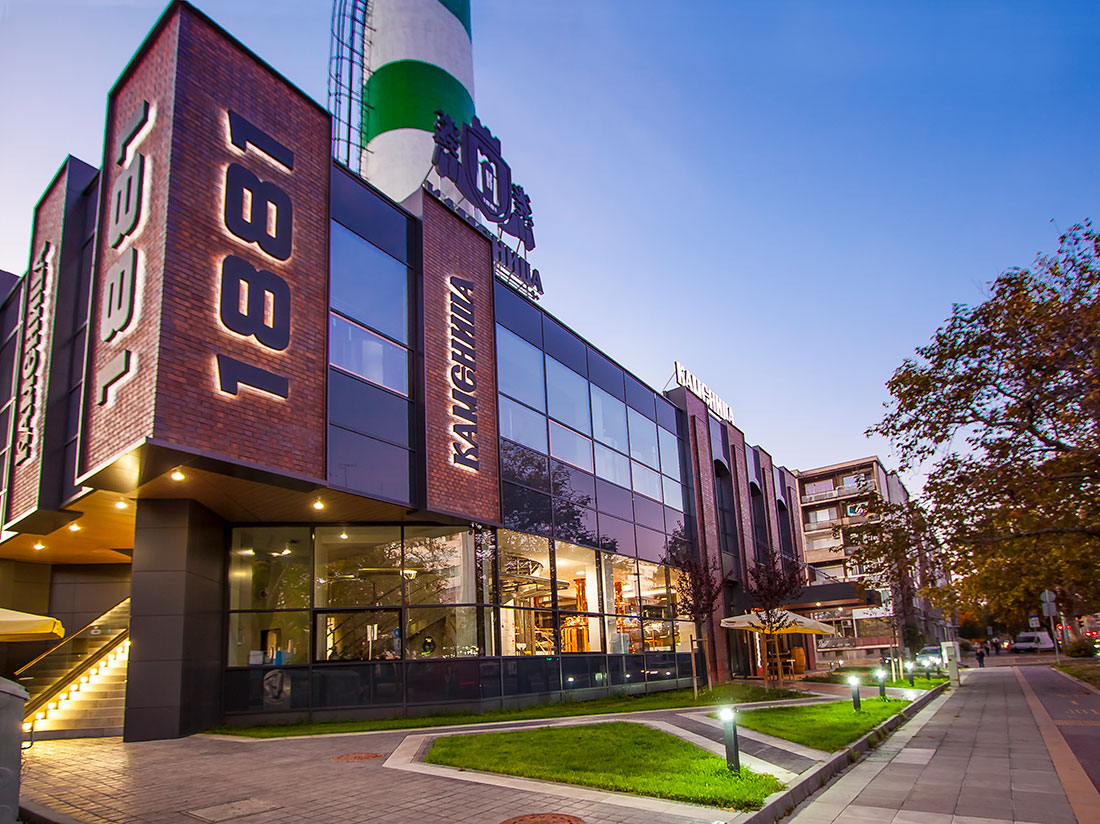 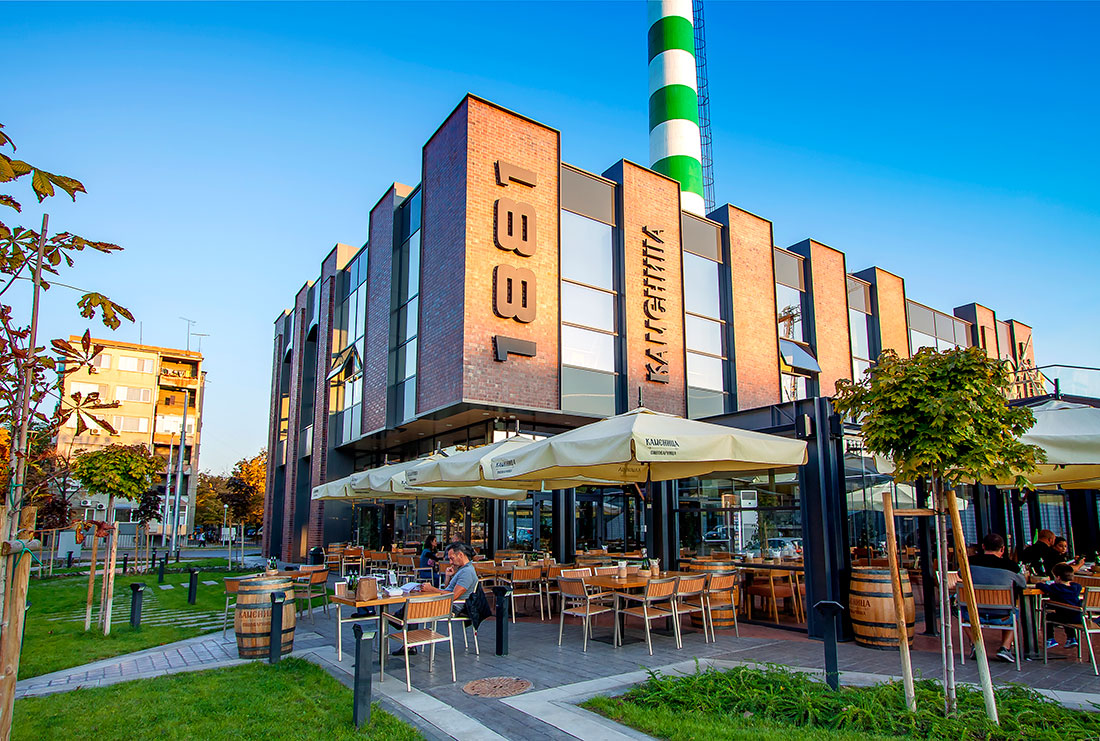 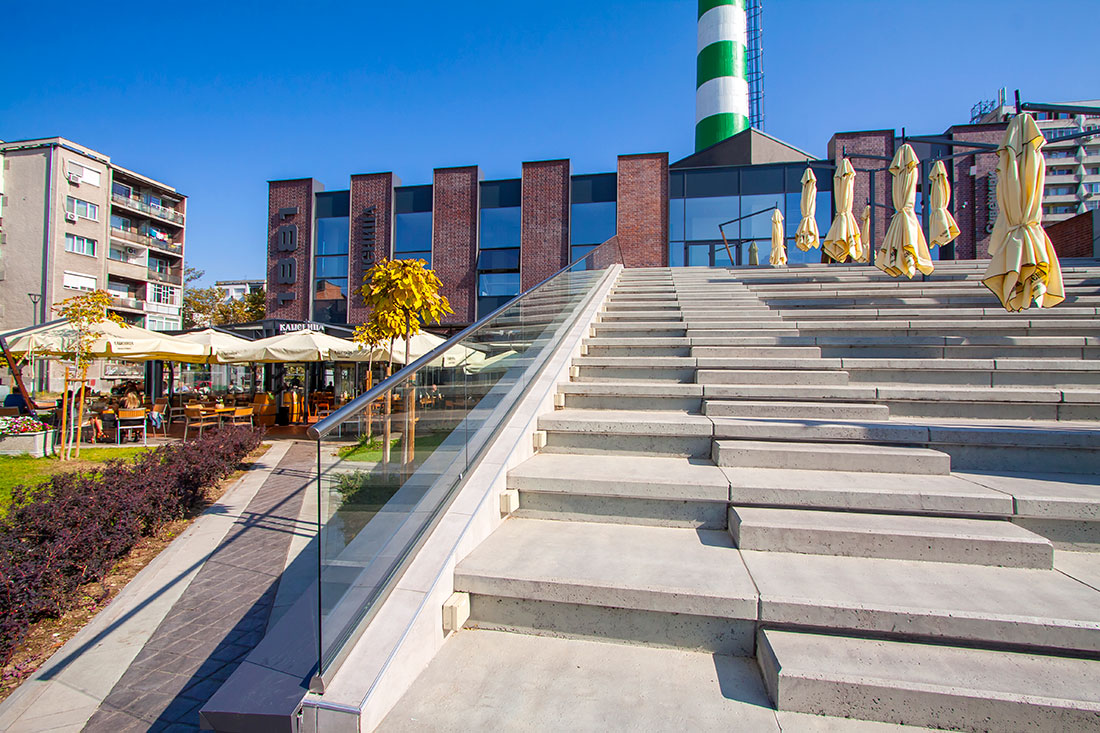 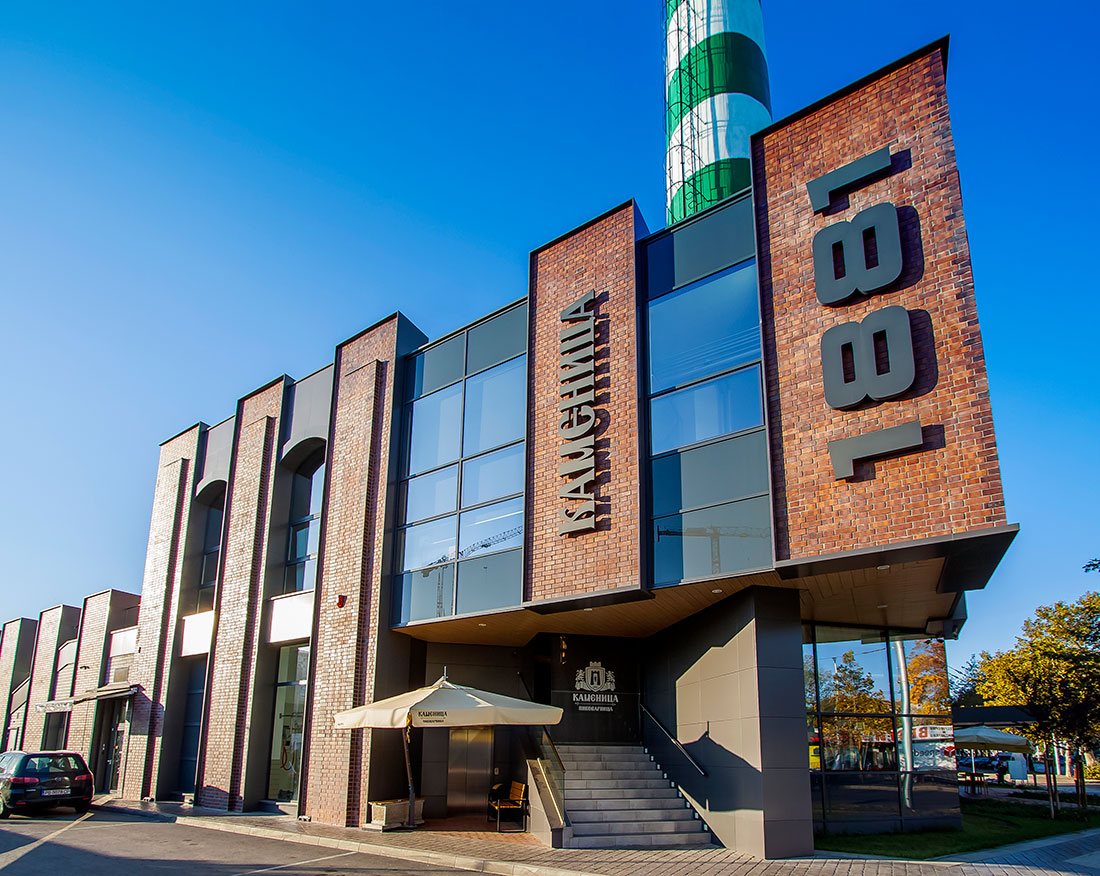 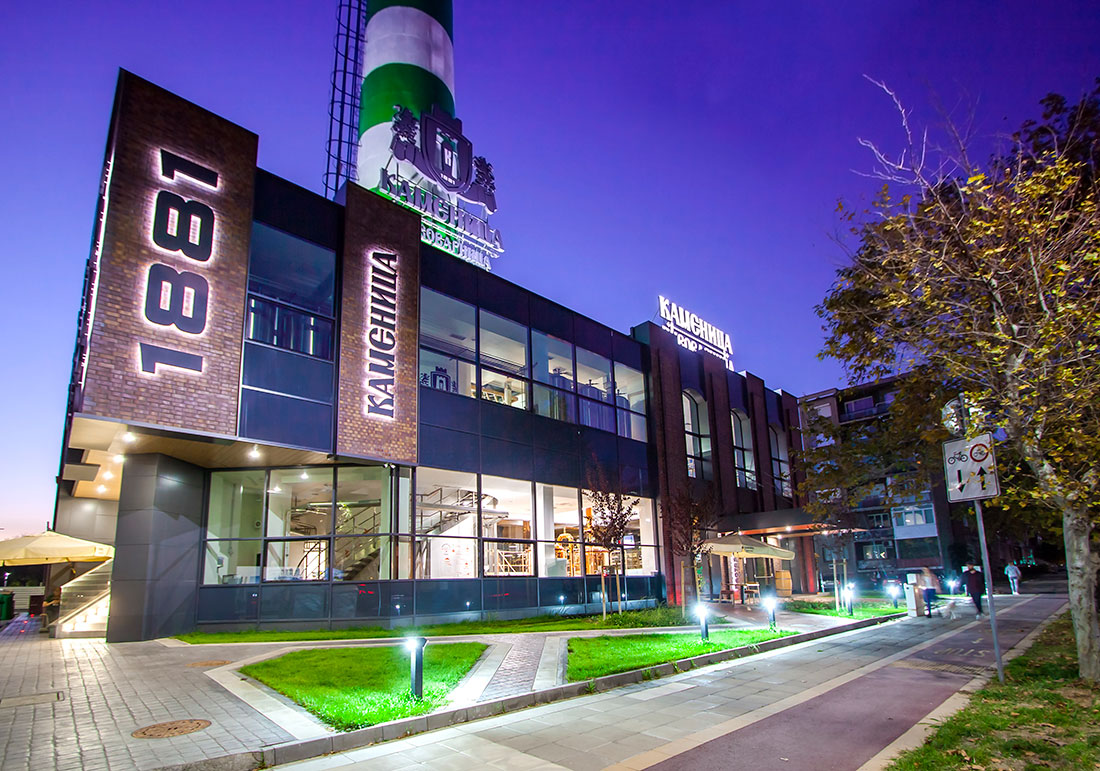 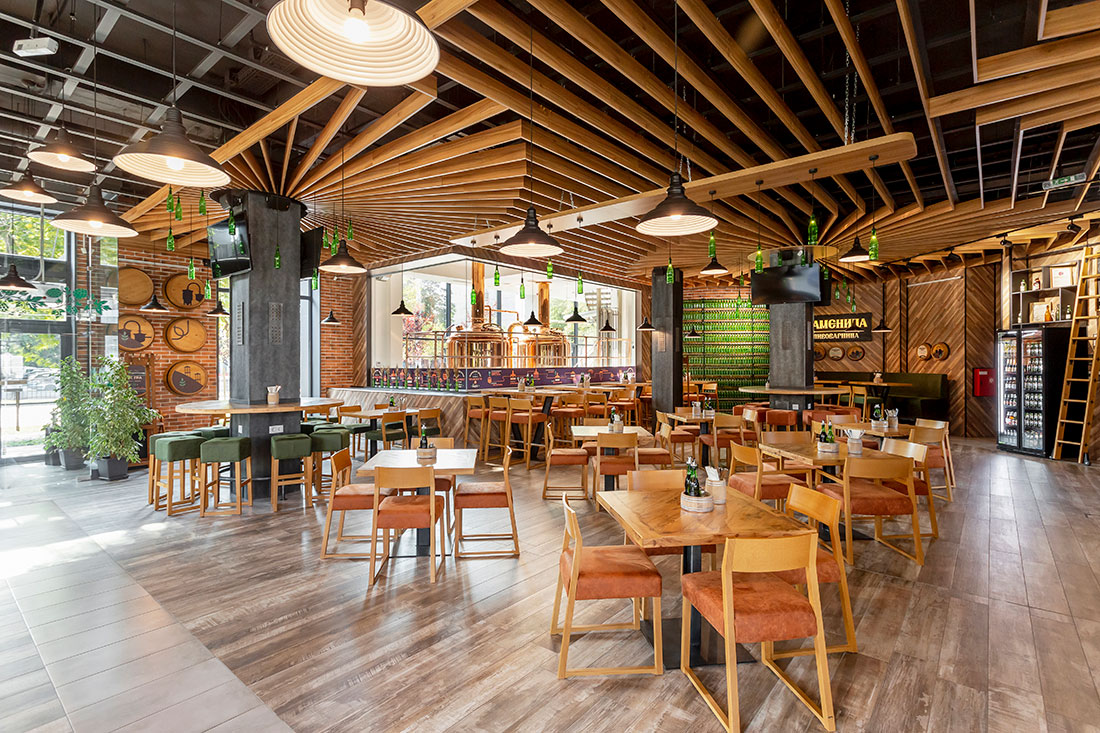 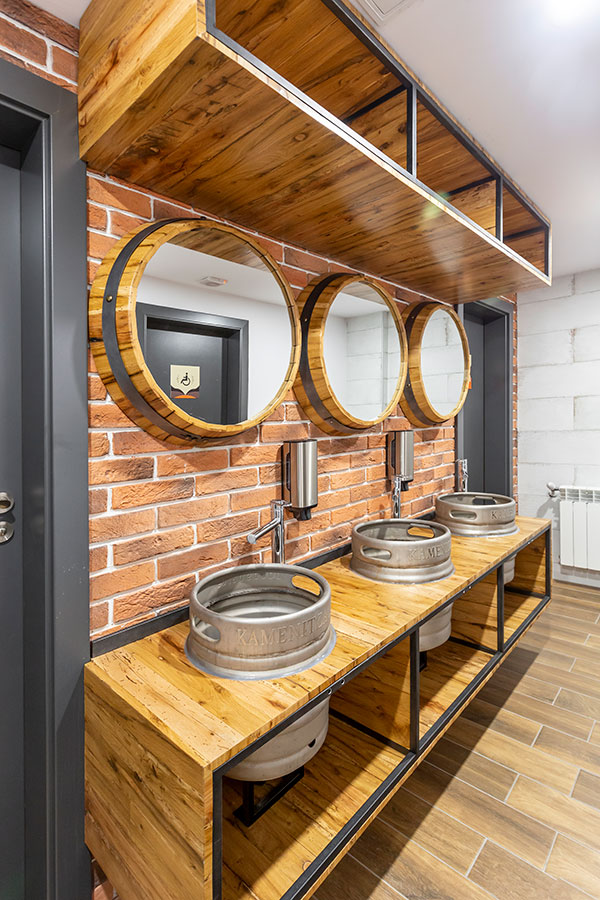 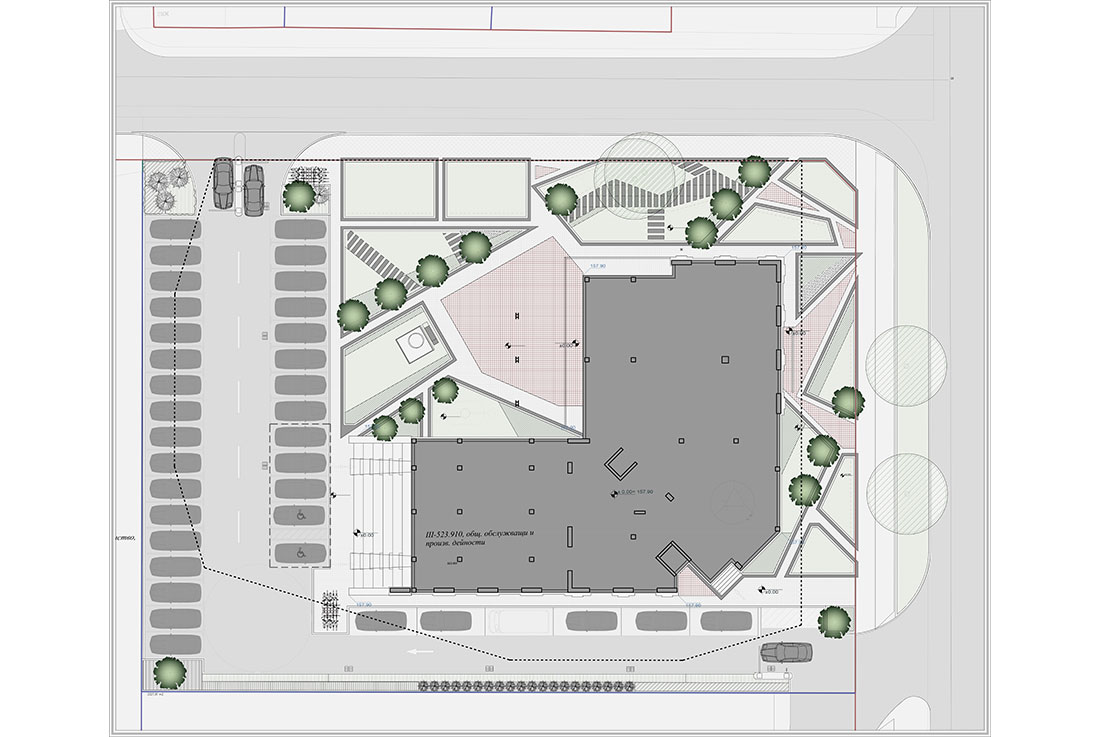 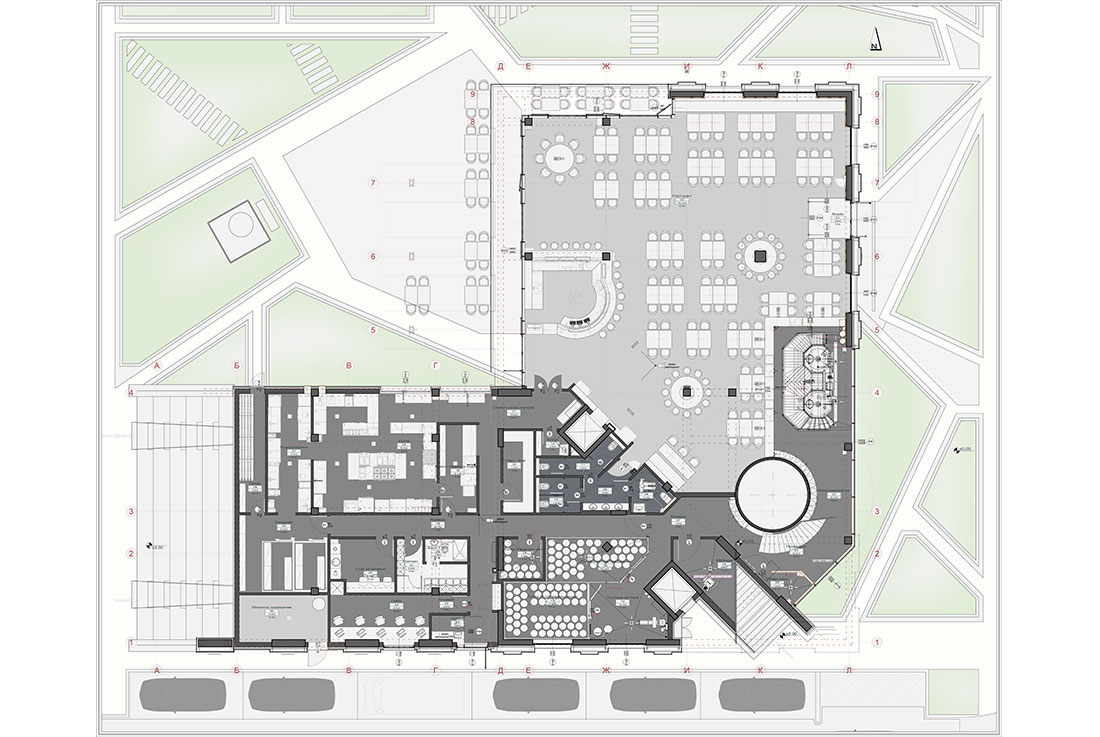 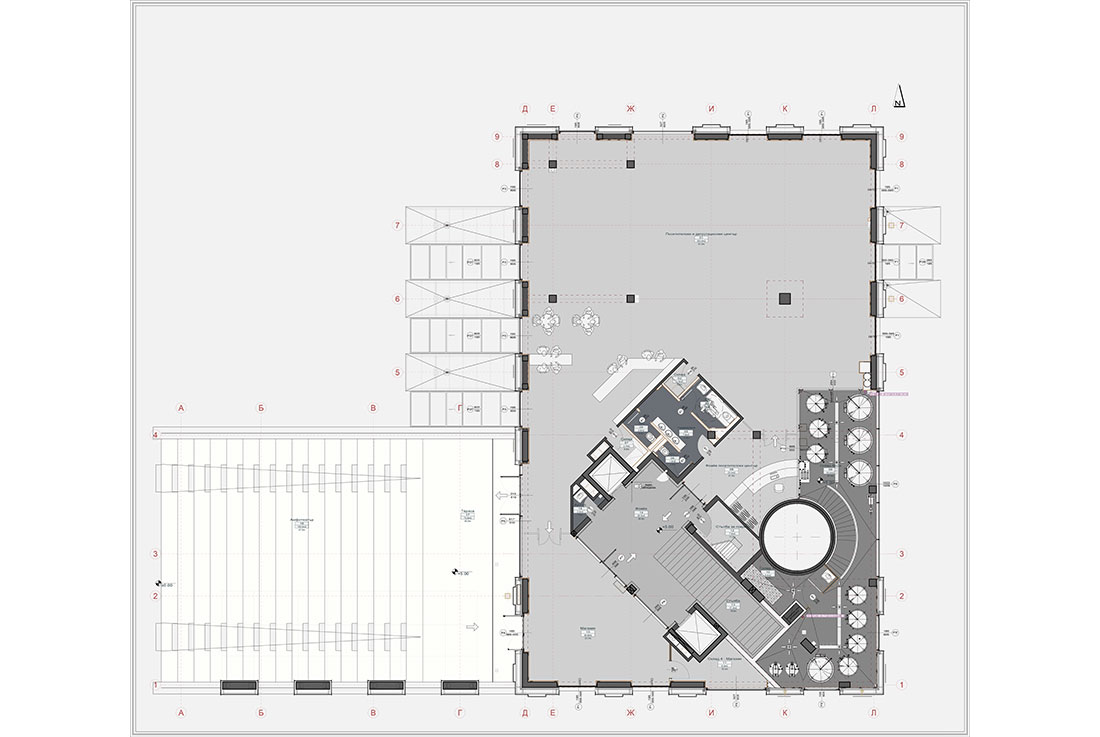