The apartment is located in Niš, Serbia. Its open-plan layout is mostly dictated by its tenant, a young male in his early 20s. The current layout is derived from two traditional apartments. All of the walls have been torn down, leaving concrete beams and one column. All the concrete has been left exposed. The bathroom is the only space separated from the rest of the apartment and well hidden behind wooden panels which emulate a stack of beams, covering up the wardrobe as well as the bathroom door. 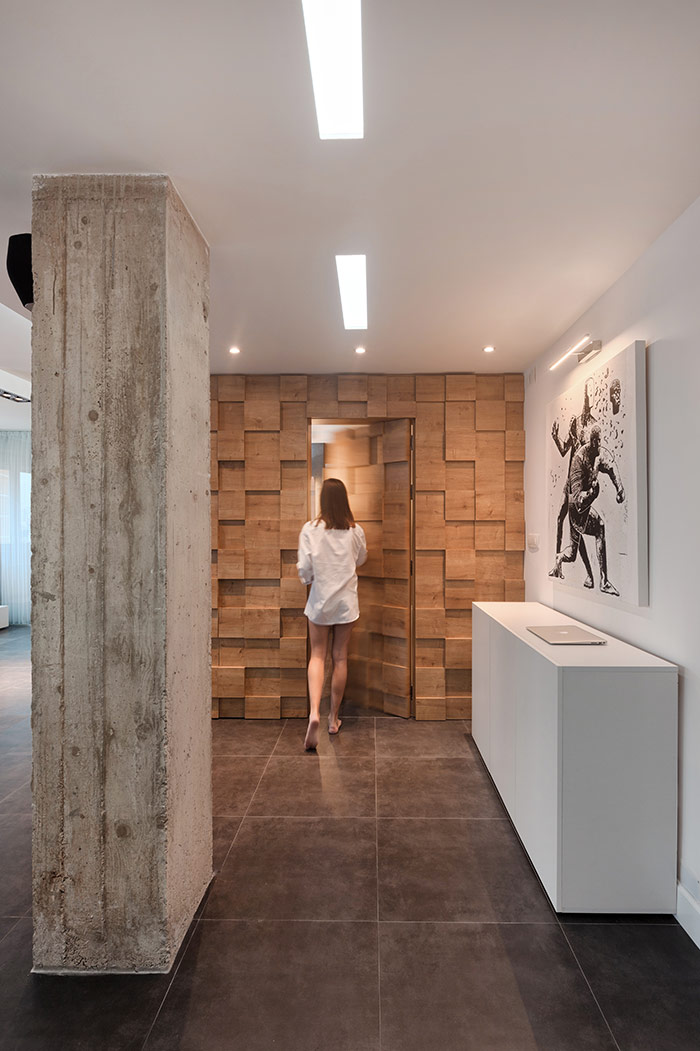 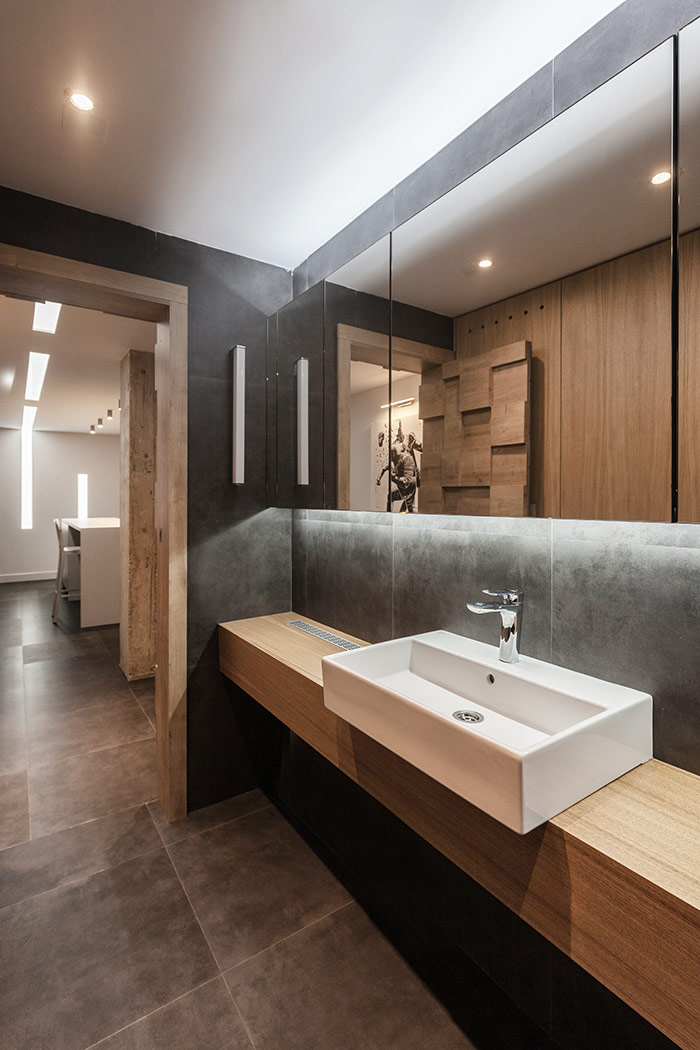 The bedroom is gently separated by a glass partition, which can be additionally screened with a curtain. 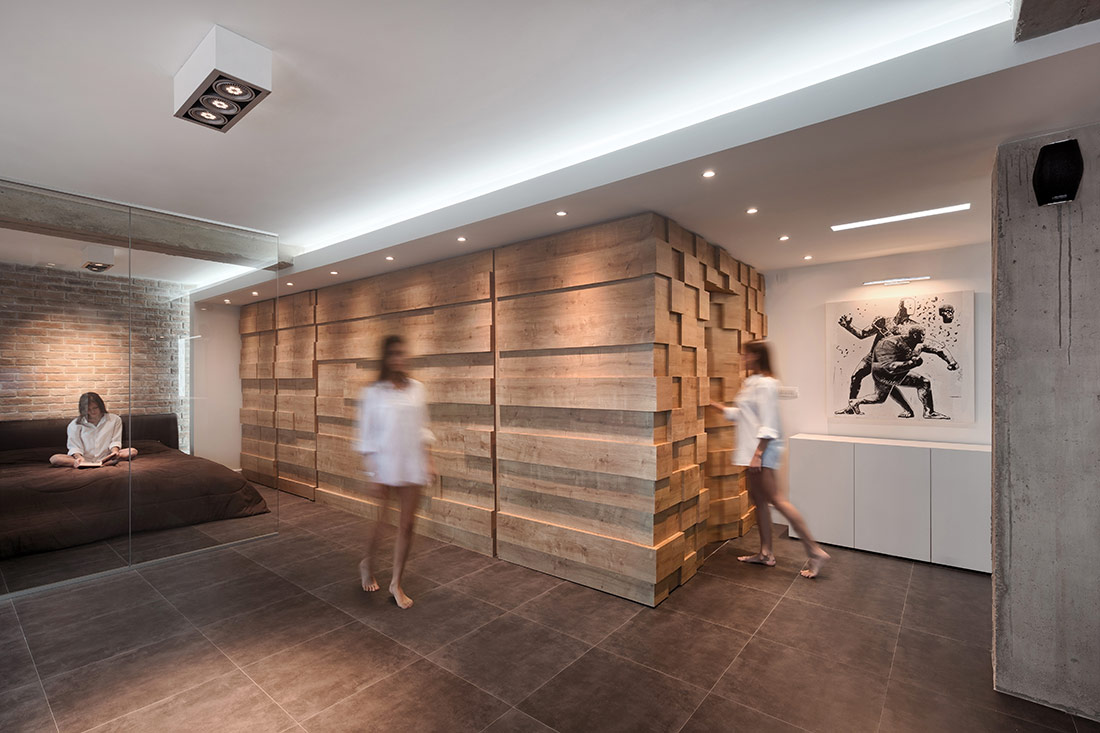 The apartment’s interior is extrovert in its nature, yet some of its elements are rather introverted. Made of black glossy particle board, the kitchen is hidden behind the harmonica system. White island contrasts with the black and follows a linear flow of the space. 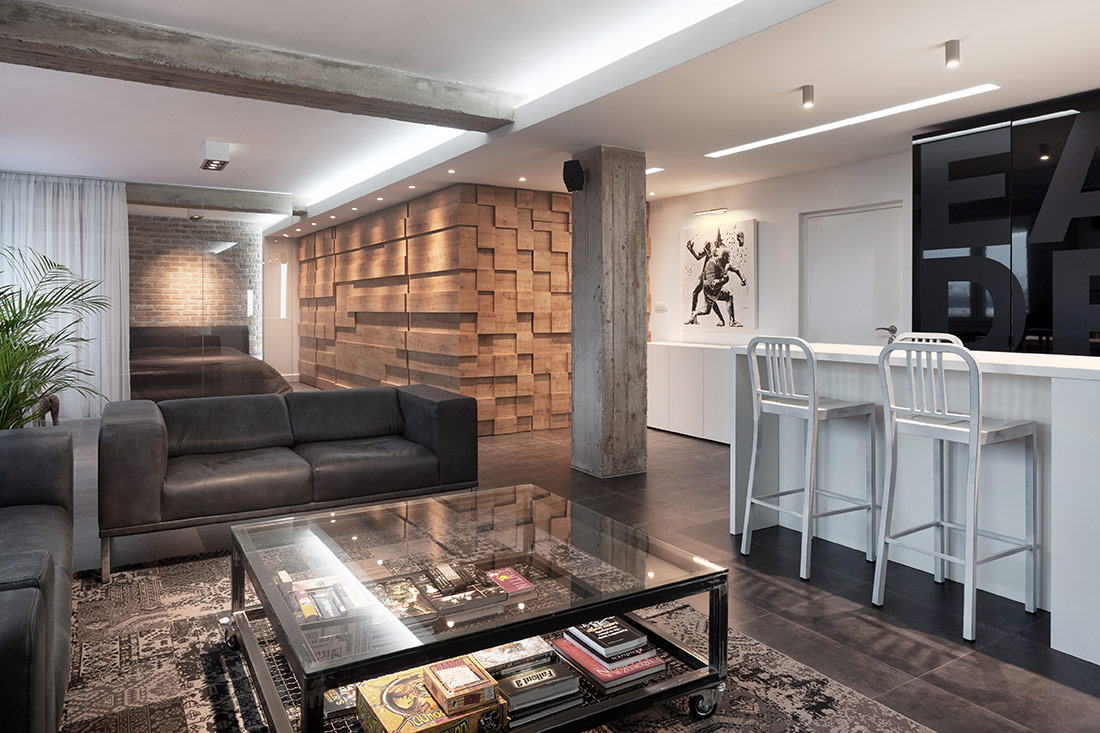 Brick walls are positioned on the opposite sides of the space which makes them focal points of the apartment. They are visually connected by a wall-ceiling profile drifting along the space. Light exaggerates its form and gives it an atmospheric halo effect. 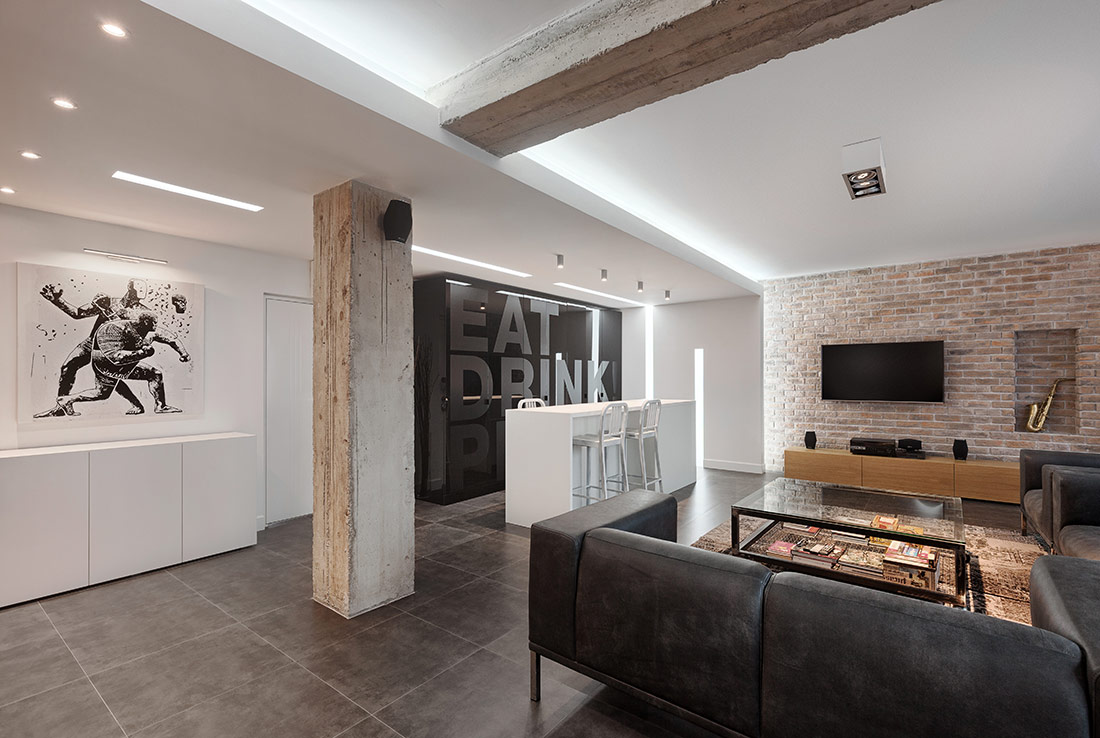 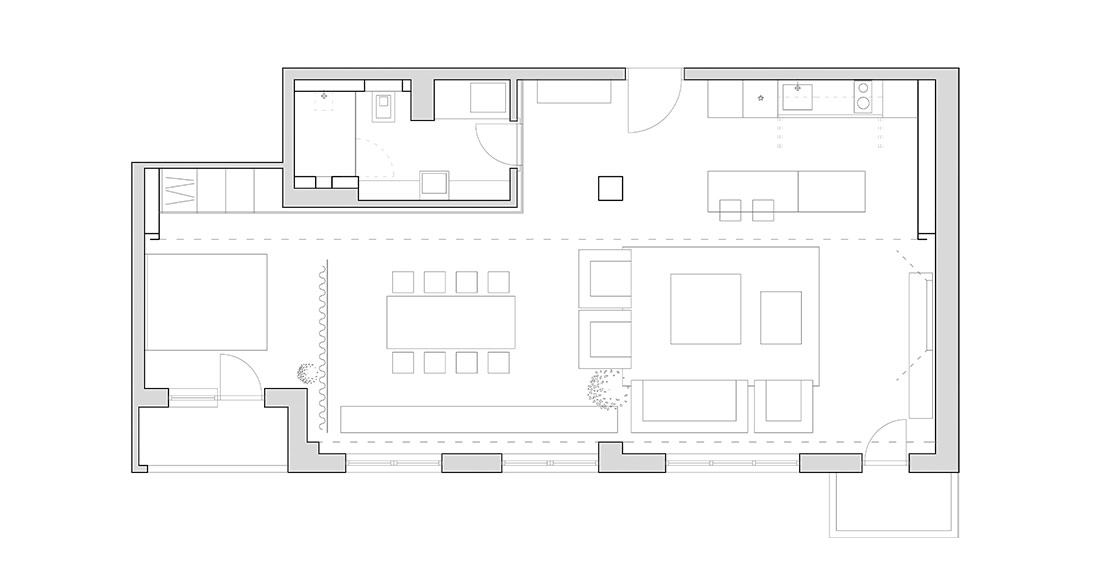