At first, we had an idea to make an unconventional individual space for being in silence. We would understand this space as a kind of outhouse, where we get rid of our mental excesses. There are two kinds of positions inside, one for sitting and one for laying. The two positions can be seen as the speaker and thelistener position, envisioning a therapeutic situation with ourselves.
The three main characteristics of the small house are the timber base, the wool walls ith wooden sticks, and the tin roof with a small opening on the top. The two layers of wool insulate the house while providing special texture and smell indoors and outdoors. We didn’t want to make something where we display natural wool, we wanted to make a small house that happened to have wool walls. From the outside, the building has an industrial-like appearance making us curious about the interior space.This house was designed with Marton Low and has been built as part of an architectural festival in Hungary called Hello Wood. The prefabricated tin roof was made by a tinsmith friend of ours. The team members who have built the house with us were Riederauer Dóra, Winkler Márk, Alžběta Brůhová, Harriet Dyke, Lenneke Slangen, Tina Peirlinck, Elek József and Simon Platter. 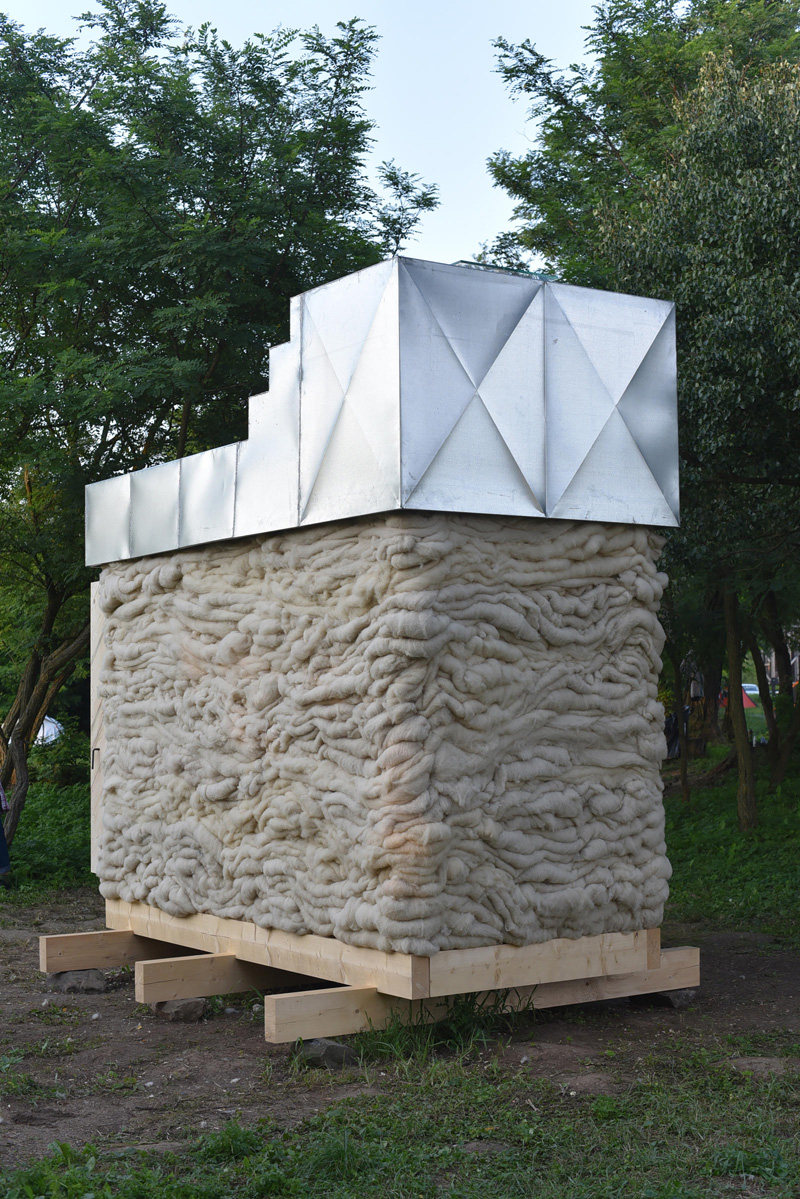 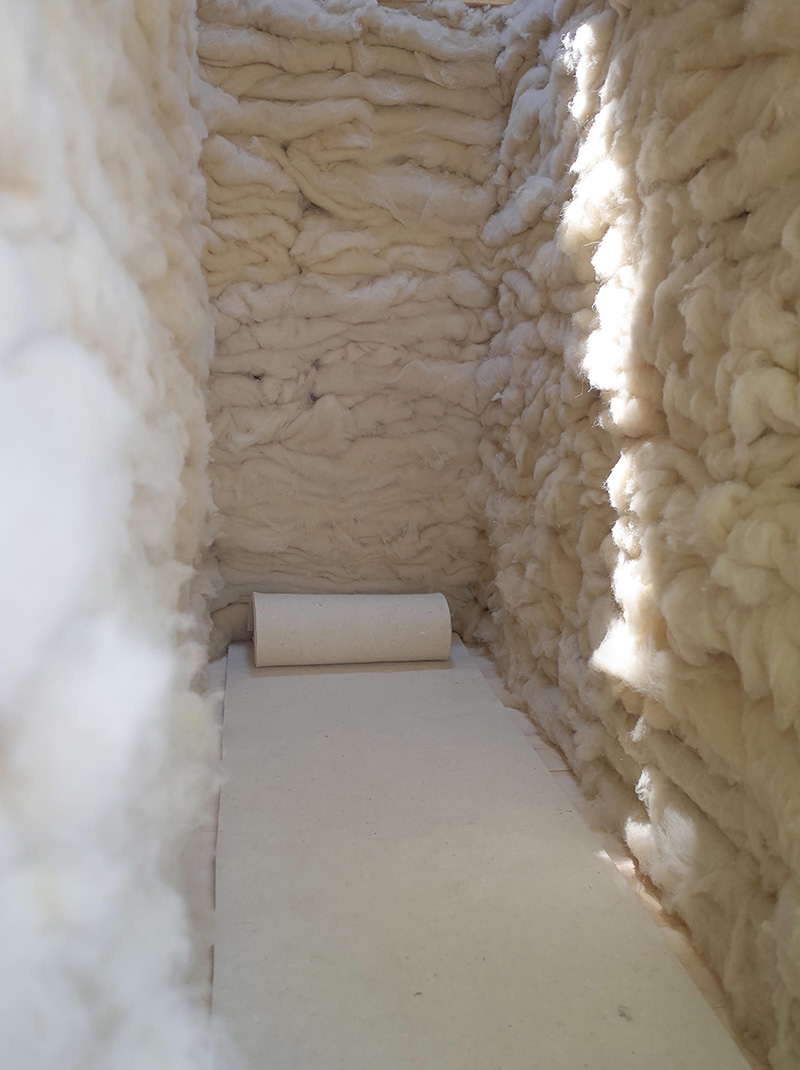 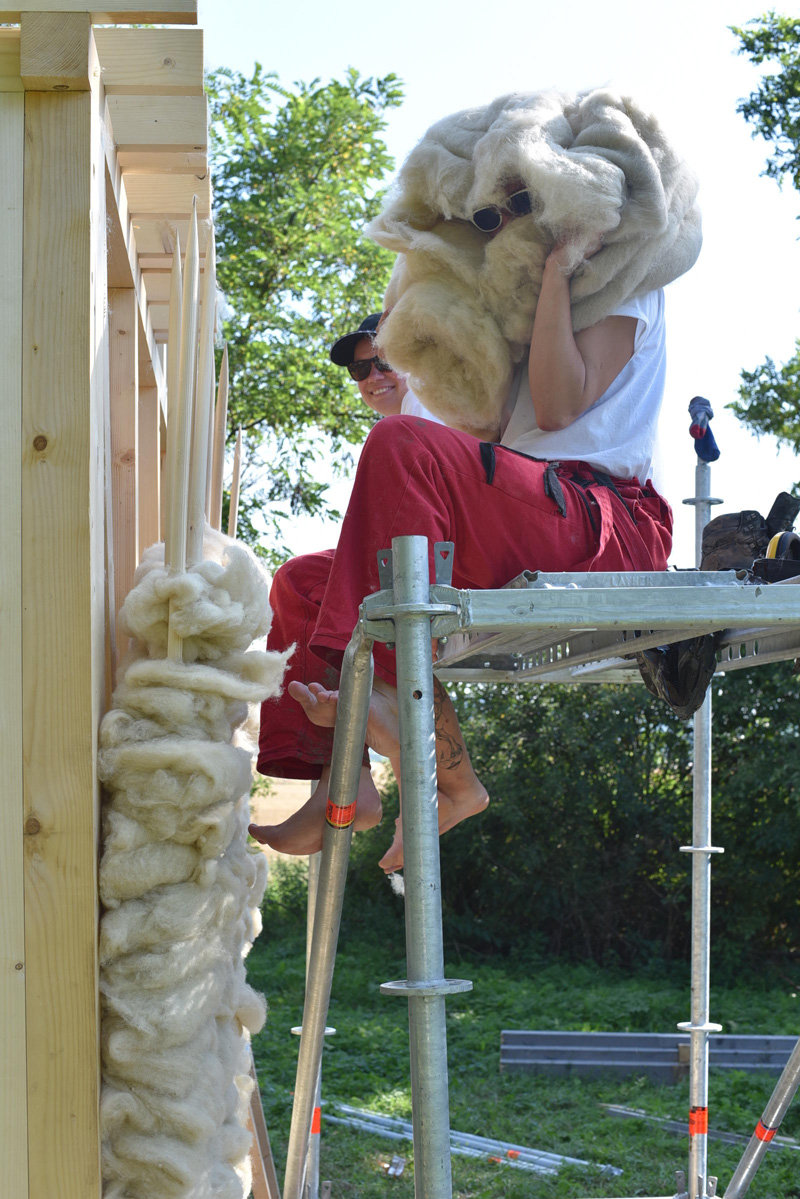 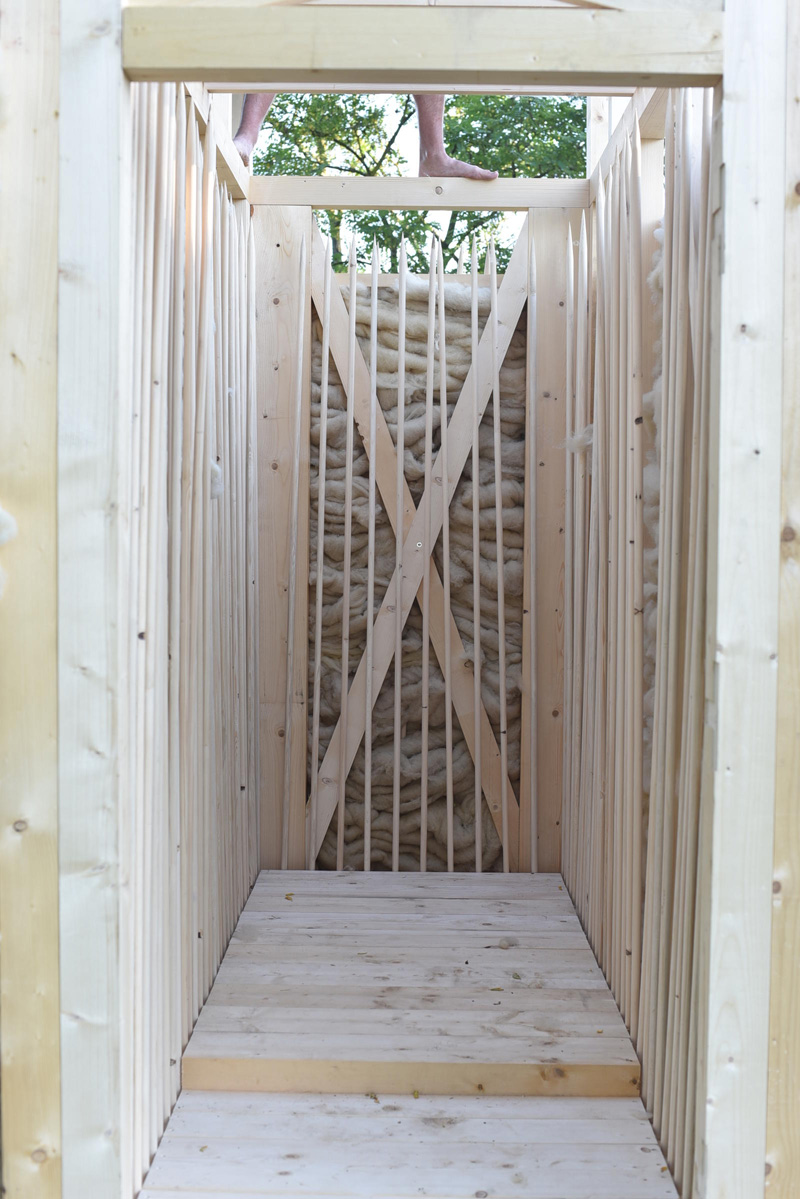 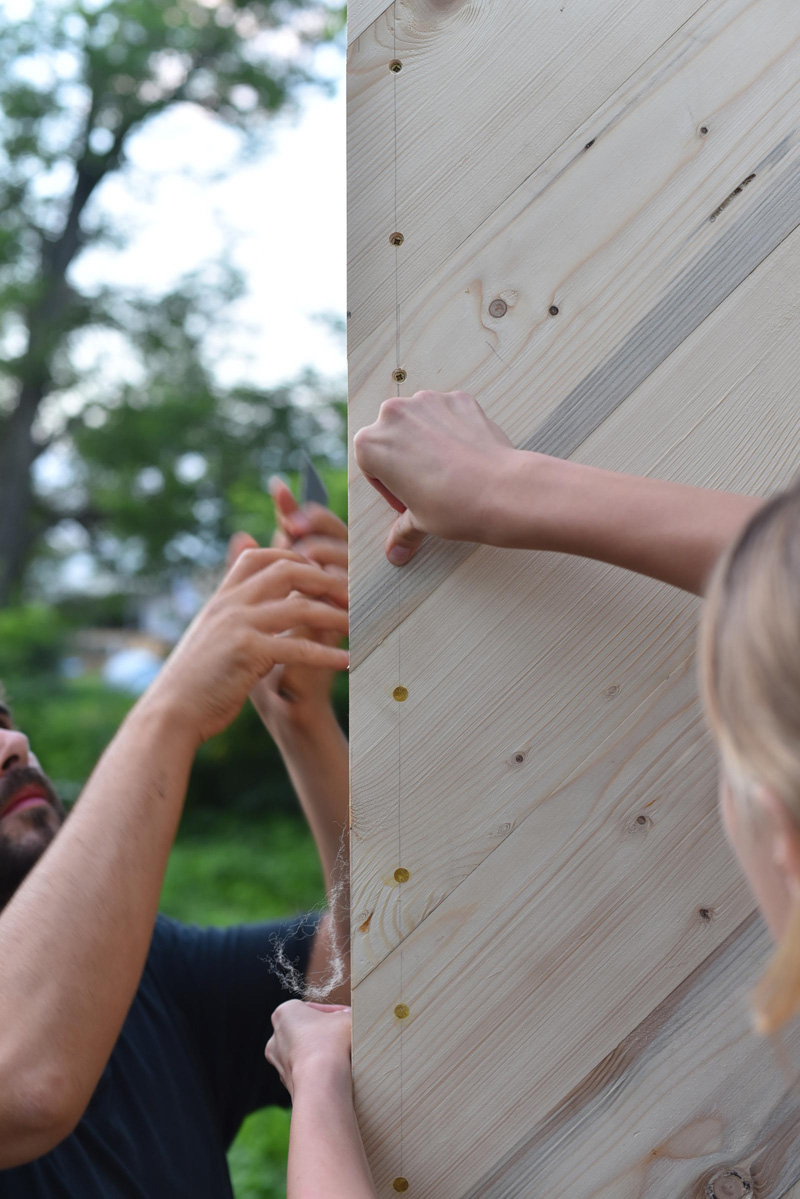 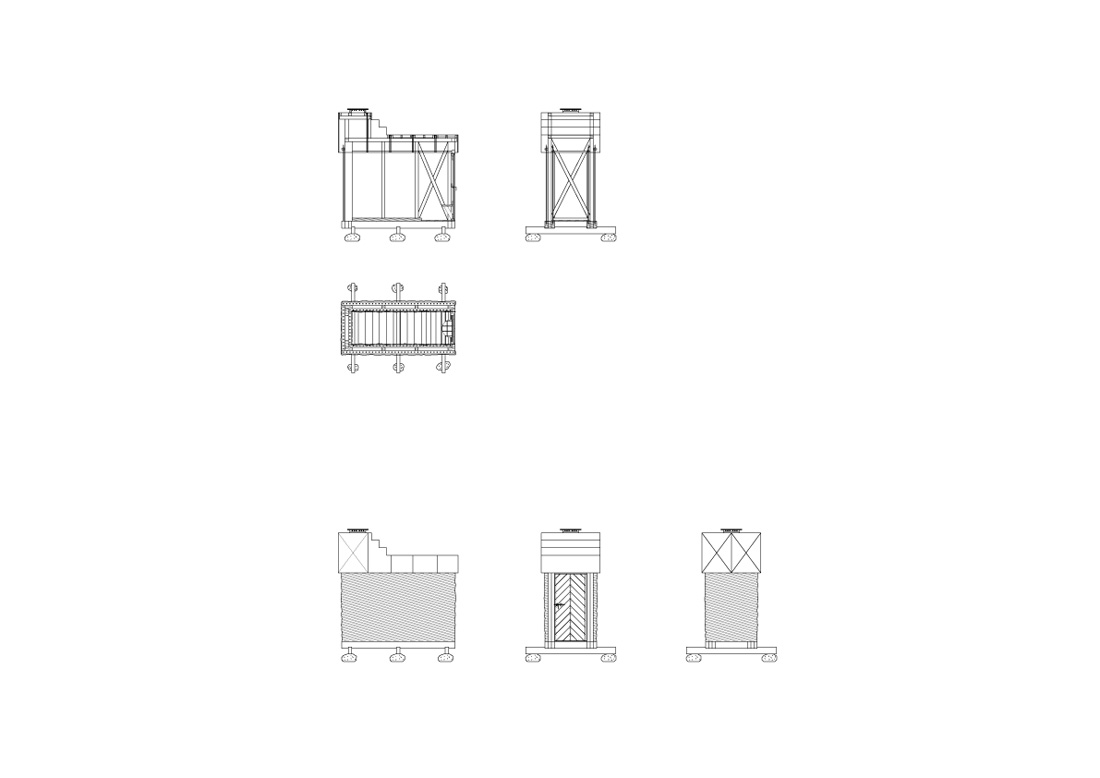