The Orhidelia wellness facility is the third project in the series designed by Enota in Terme Olimia spa complex during the last few years, meeting the demand for new programmes and areas due to the growth of the spa. It is worth noting that each time there was a need for a new facility, it was expected to be the final one as the space of the spa complex area is very limited. All buildings were thus designed so as to minimise their intrusion into the existing scenery, seeking a connection with the nature that surrounds them.

The need for a new, large wellness facility arose when the area was already almost completely built. The only remaining free space was a lawn area enclosed by access roads and footpaths in the very centre of Terme Olimia. The programme of the wellness facility is comprehensive, with large spans and very tall interior spaces required in some parts. Placing a classically-designed building in the central green space would have filled the last remaining unbuilt area of the spa complex and significantly affected the quality of the space. The key guideline of the building’s design was therefore for its presence to blend with the environment as much as possible.

The new wellness complex is thus designed more as a landscape intervention than a building. The folded facades of the structure appear as bearing walls that separate the multi-level arrangement of the designed greened areas. Since the wellness complex is not designed as a building in the classical sense, the layout of the space was not limited to the area inside the roads, which was initially intended for development, but extended over the entire available area. The central footpath now meanders across the roof of the building and allows the users a completely new, alternative experience of the space. On either end, the path joins the traffic connections and forms two small squares, the presence of which slows down the traffic and yields the right-of-way to the pedestrians.

Rather than search for its expression and establish its space, the new building instead connects the individual existing buildings and exterior layout elements into a logical whole. 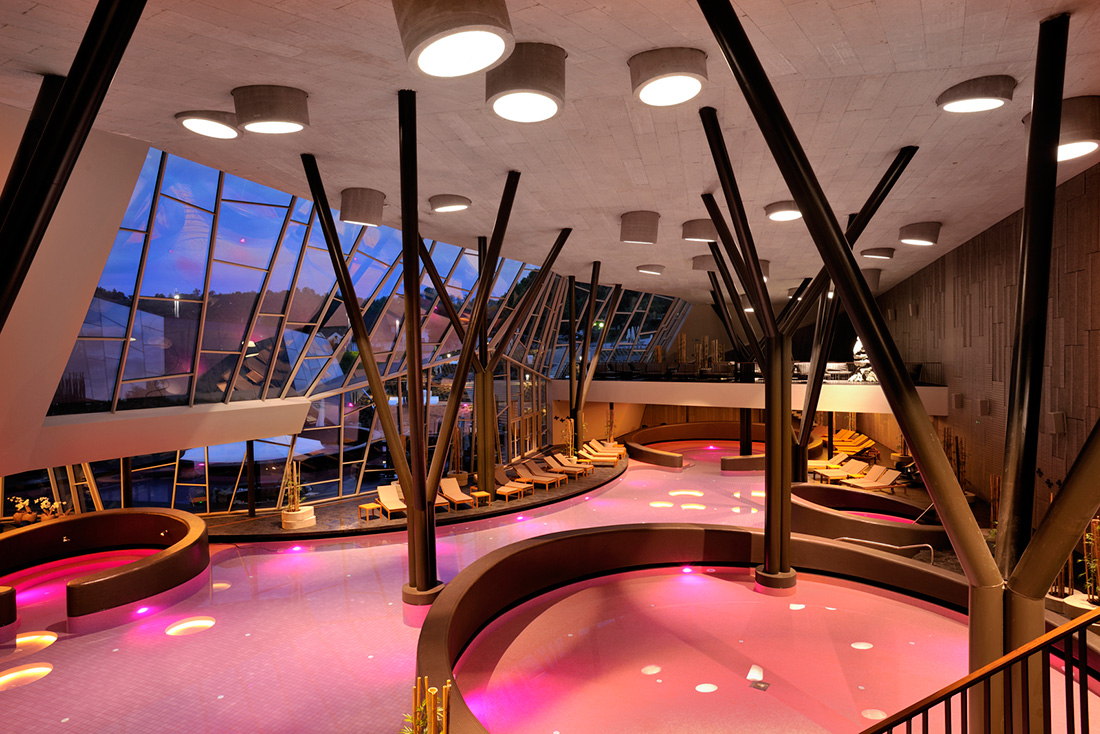 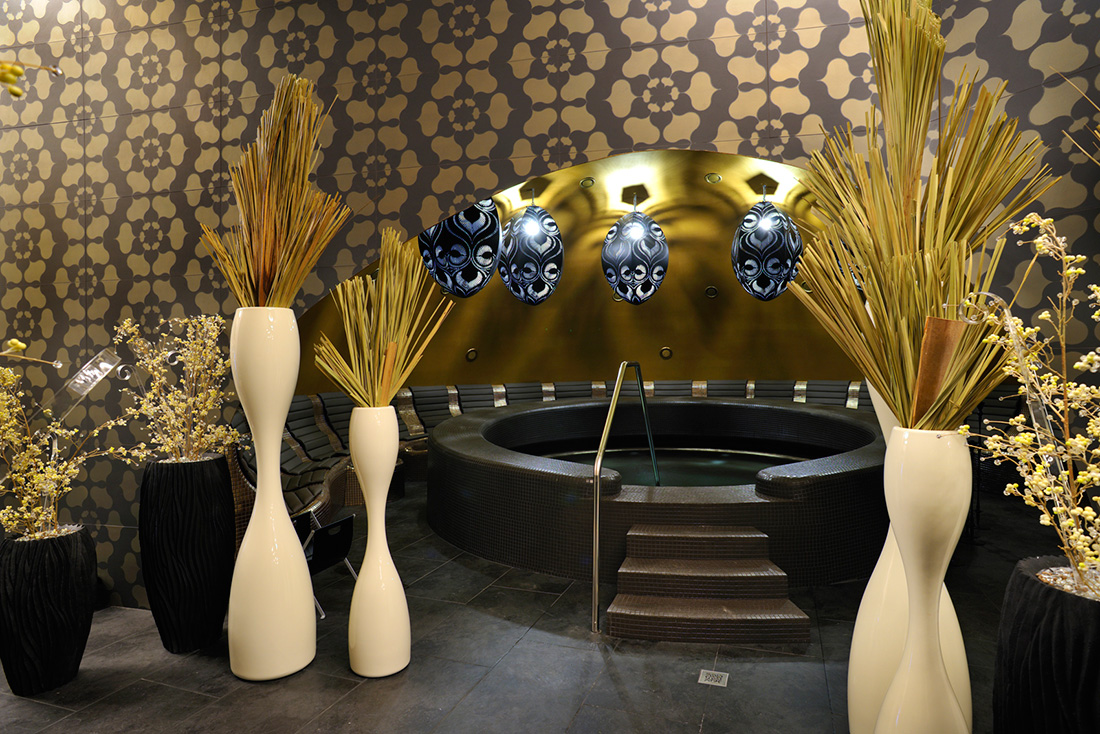 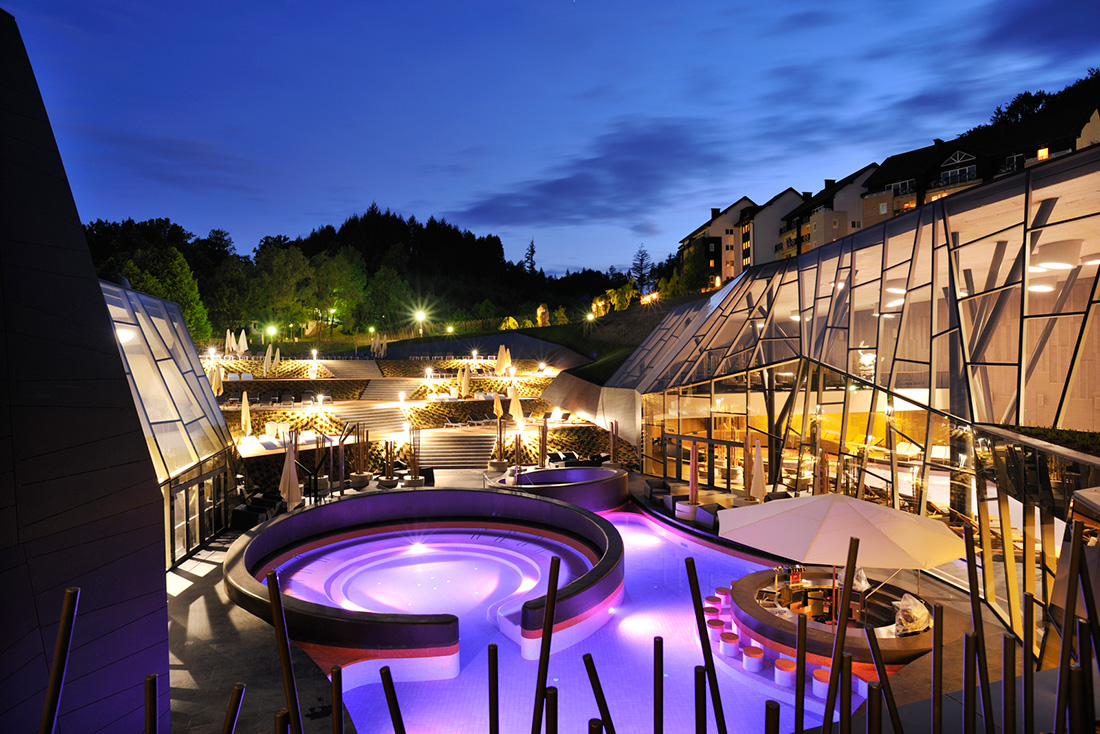 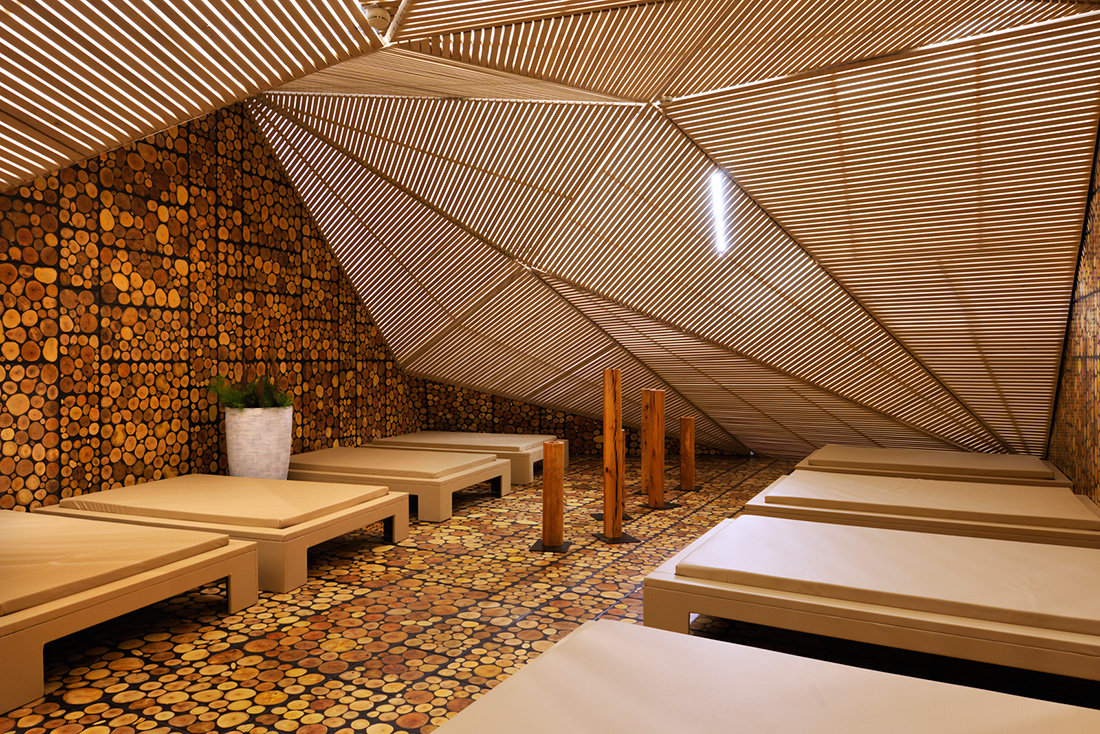