TIJ* is an egg-shaped bird hide situated in Scheelhoek, a nature reserve close to Haringvliet sluice near Stellendam, the Netherlands. The reserve consists of large reed beds on the inside of the coastal defences and some flat sand islands outside. These islands are breeding and feeding grounds for several species of birds like the common tern, spoonbill, and the icon of this area, the sandwich tern. The ‘egg’ itself is modelled on a sandwich tern egg, and sits on a nest of sand, much like a tern would have done herself. The structure has been constructed as a file-to-factory Zollinger to provide relatively big spans with small timber parts. TIJ is the largest and most striking of a series of objects designed to celebrate the opening of the Haringvliet sluices in 2018. The sluices were opened in order to improve water quality and biodiversity, as well as stimulating fish migration. *‘TIJ’ means ‘tide’ referring to the returning tides in the area, but quickly pronounced it also means ‘the egg’ in Dutch.

What makes this project one-of-a-kind?
TIJ s a fully dismountable, thatched, wooden egg-shaped structure, which was sawn, computer controlled, in Finland, delivered by boat in approx. 400 parts and assembled on site. It has been parametrically designed to ensure proportions in shape, construction, size and viewing holes. Through its re-usability, its modularity, its materials and its contribution to the nature environment, it fully adheres to all the principles for a sustainable building with circular potential. Notably, everything is temporary and the bird observatory should be equipped to be disassembled without loss of value. All in order to minimize the effects on the environment and the ecosystem on site, today and in the future. The observatory is part of a large scale landscaping plan in Scheelhoek nature reserve. Along the walking path from the car parking area to TIJ, visitors can observe several types of birds and waders. To prevent the birds from being disturbed, the last section of the path is actually a tunnel made of re-used mooring posts and second-hand azobe planks, once used in the brick industry. Reflecting the transitory nature of all things, it must also be noted that the bird egg, TIJ is also temporary and will be taken apart at some point in the future. At that time, it may be reused or recycled without detrimental effects to nature or man. In this way, we have created an (eco)system where man and nature can come closer together and be a part of each other’s world.
Nature itself, as the leading architect, produced the shape. A true work of nature art! ‘The goal with Tij was to develop a bird-watching spot of international standing, which would not only attract birdwatchers/fowlers, but new target groups as well to discover nature. At the same time, we wanted to show how you can build in a responsible, nature-inclusive and future-proof manner. Three years after completion, we can only say that this mission has been successful. There’s so many people enjoying this beautiful place.’ (Marijke van der Staak, Vogelbescherming Nederland) 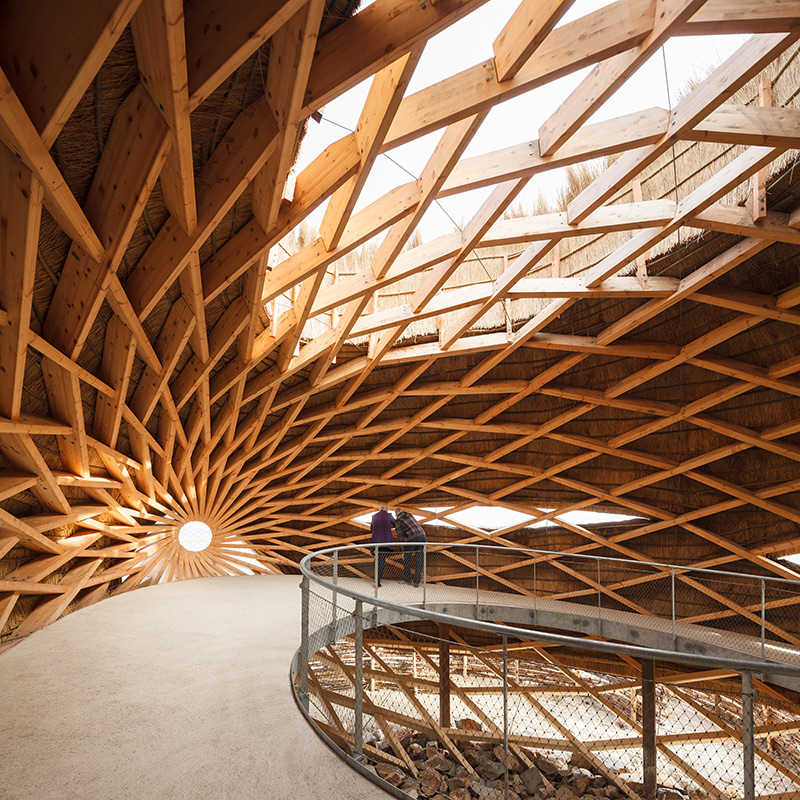 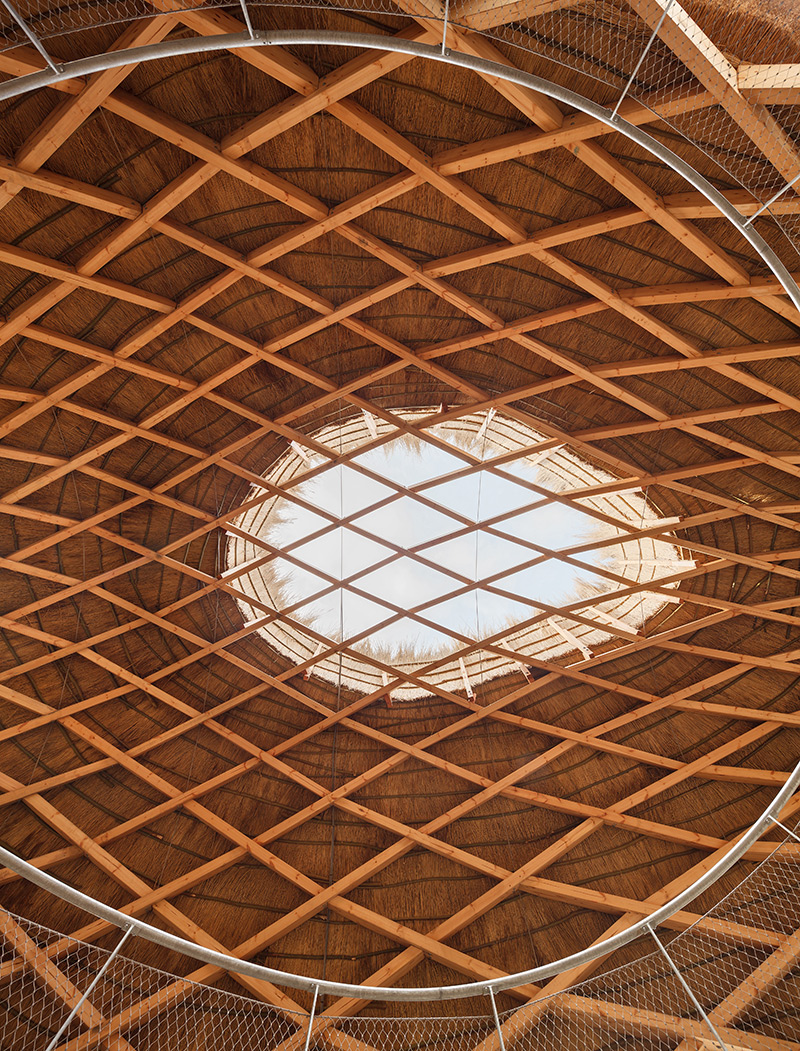 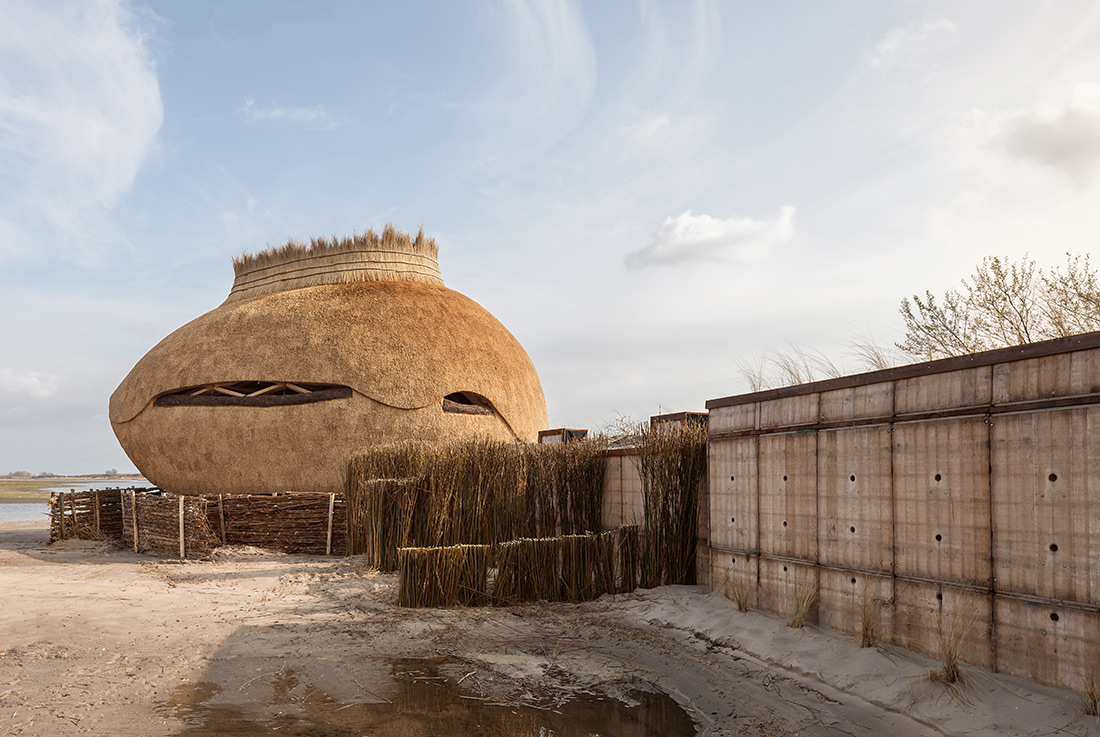 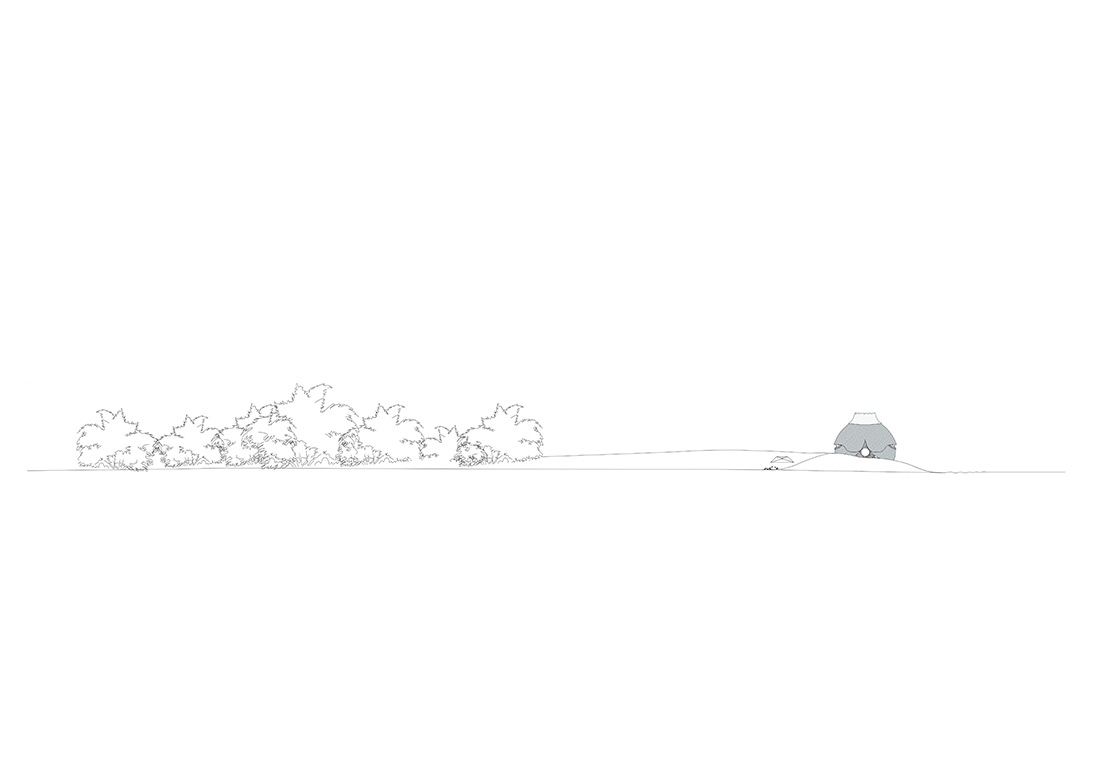 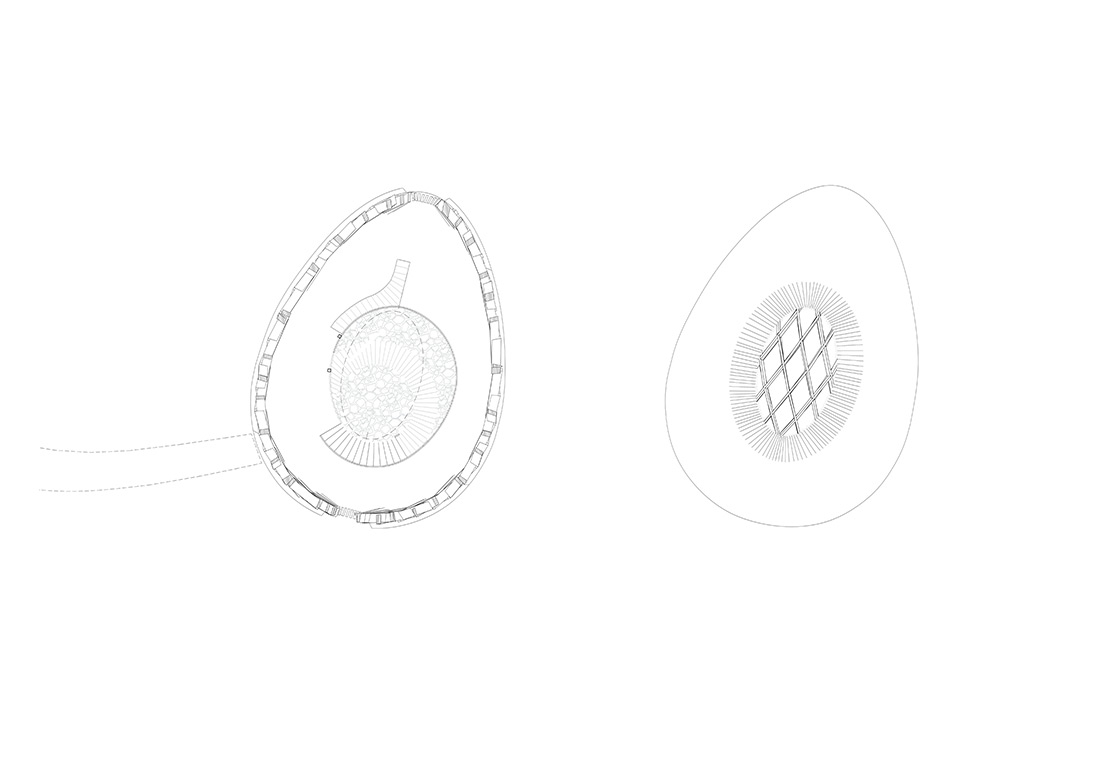 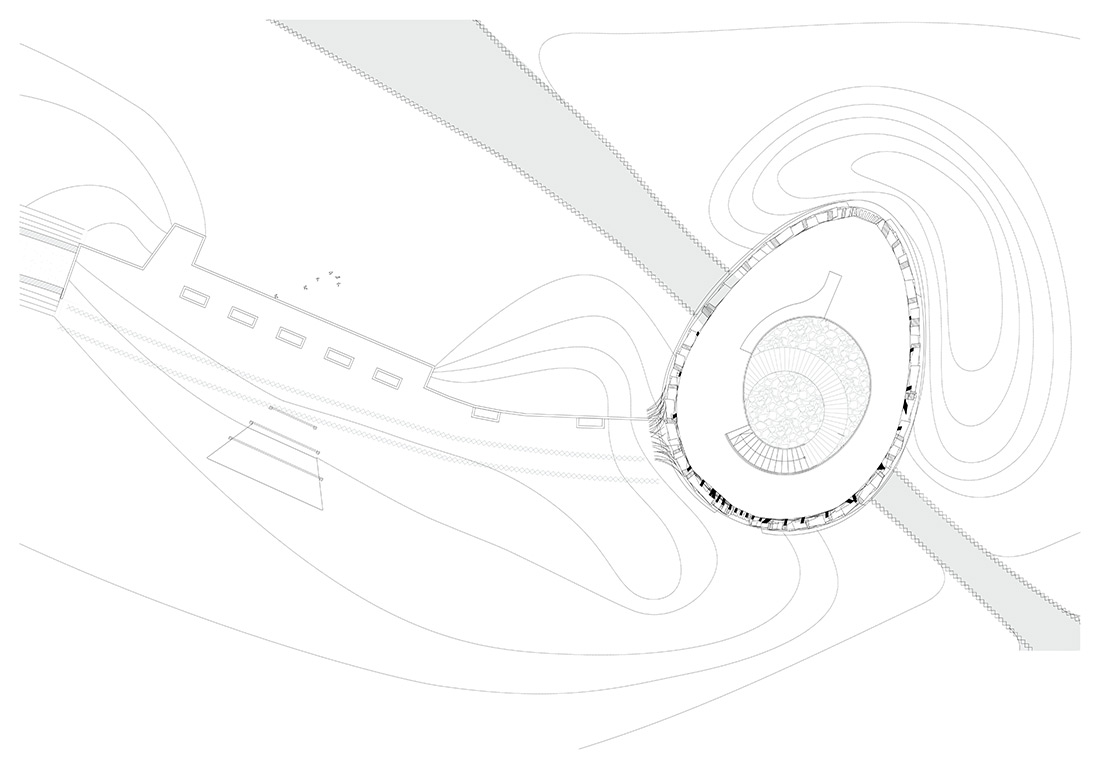 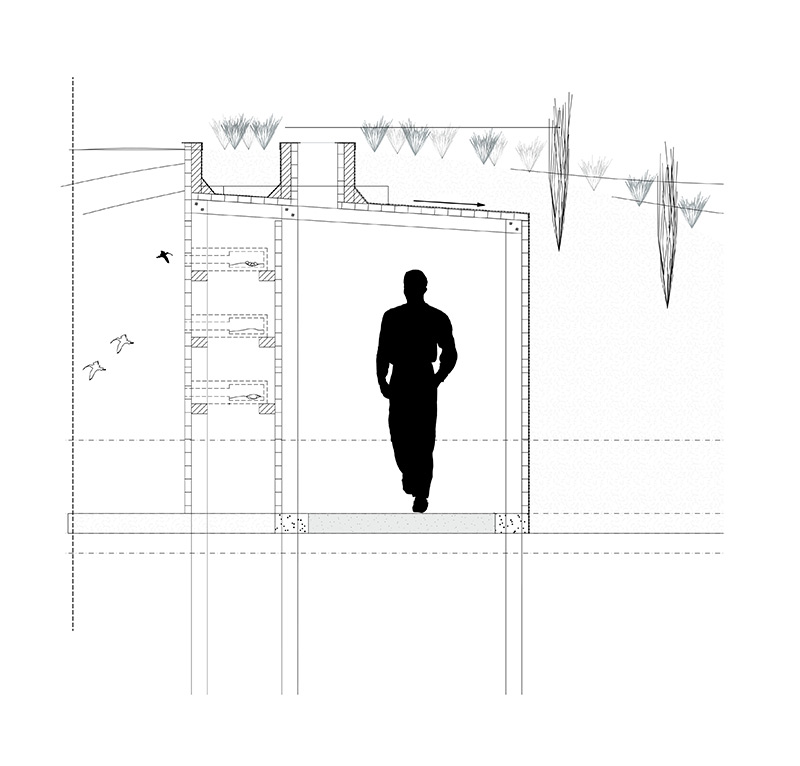 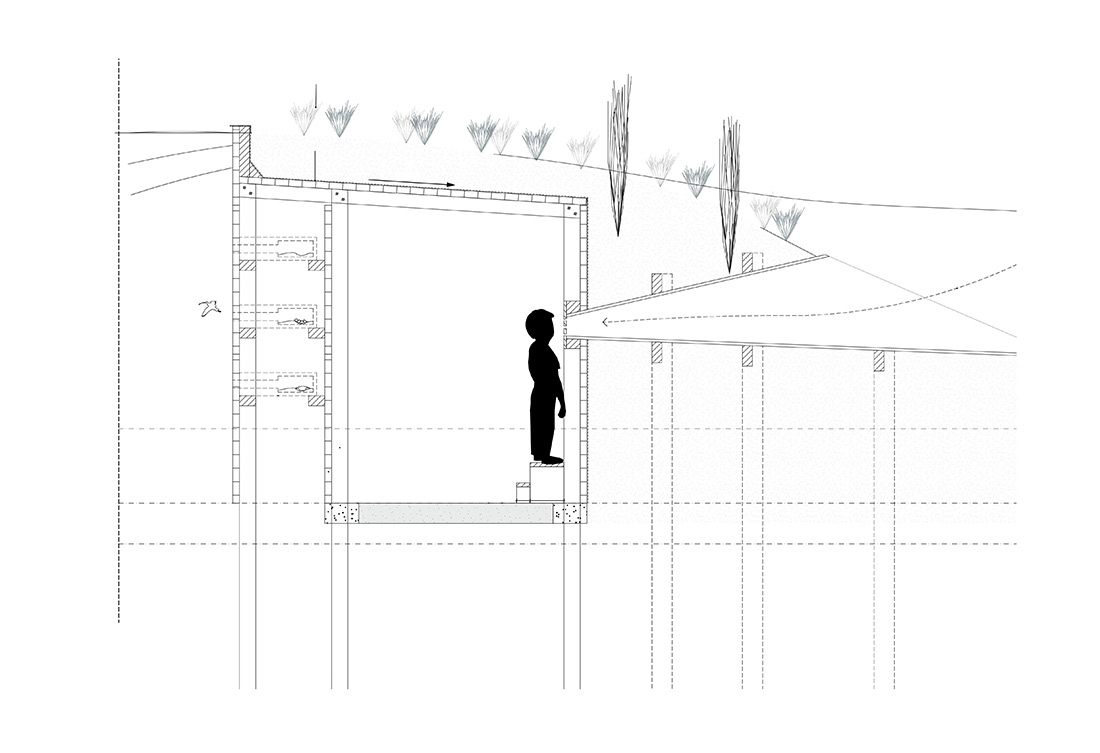 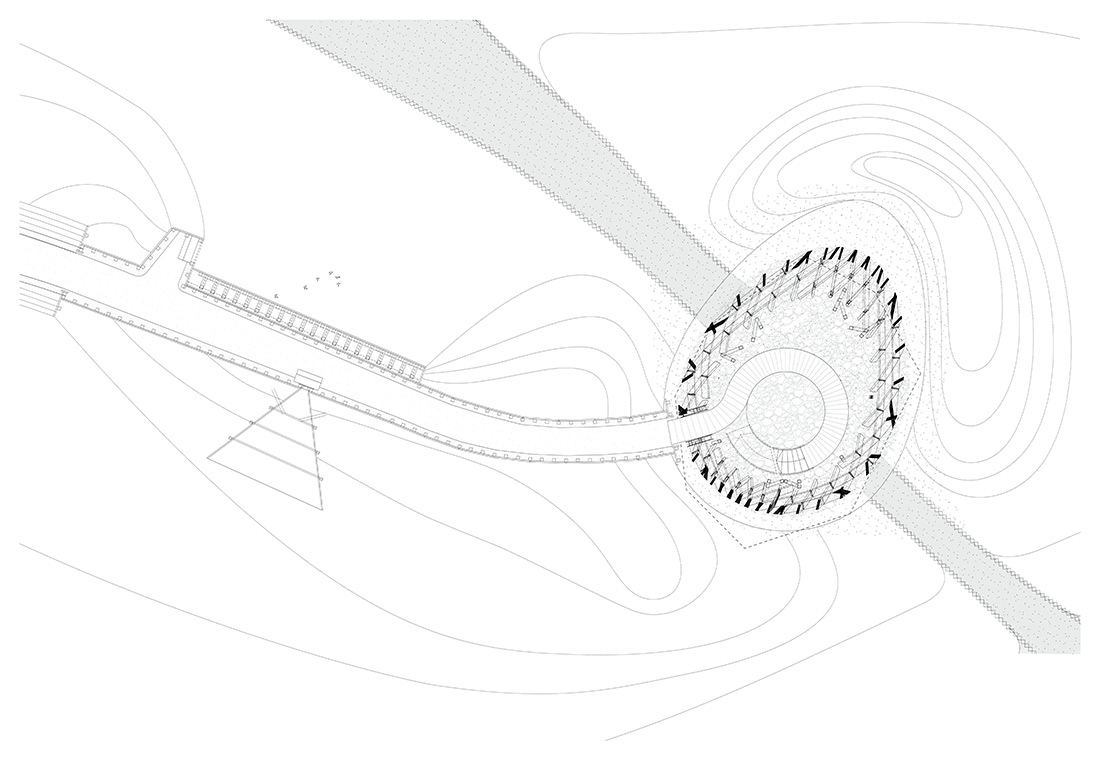 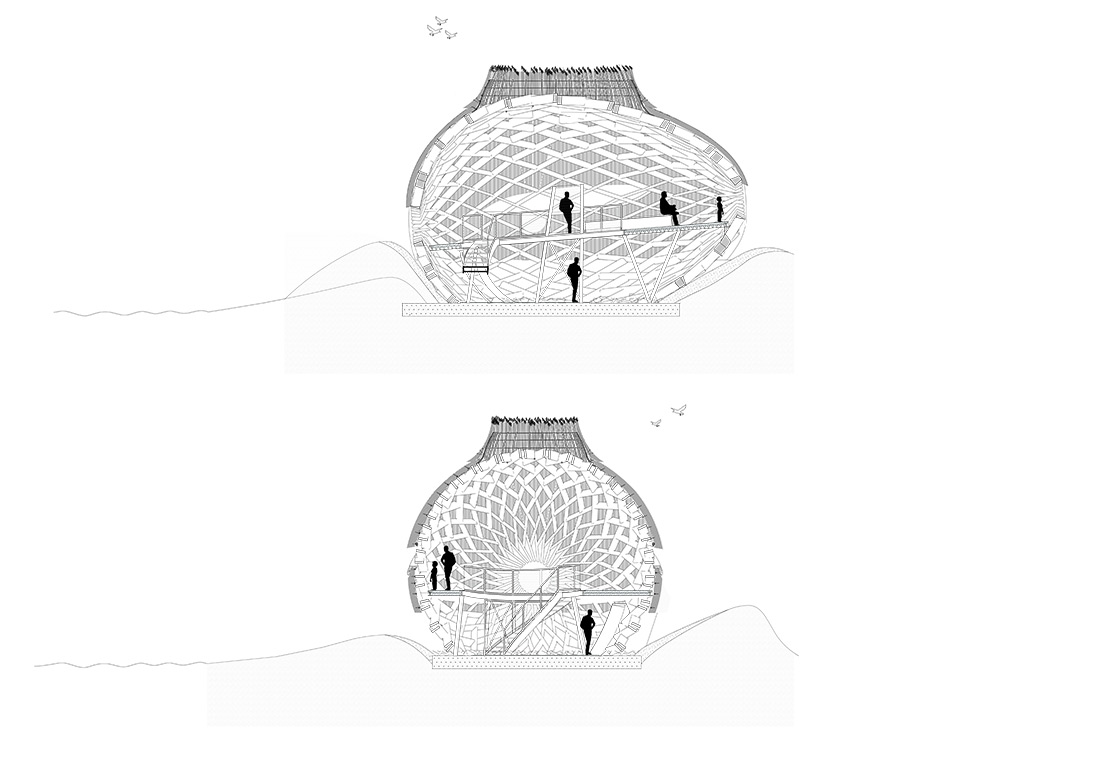