The refurbishment of the central public space in Râmnicu-Vâlcea

Râmnicu Vâlcea is the head of one of the 42 Romanian counties, lying at the foothills of the Carpathians. Its center had suffered a rather brutal intervention in the 60’s to 80’s, most of the old houses and streets being replaced with blocks of flats and larger avenues. One central island, with a diagonal street, had been converted into the city’s central public space with a park-like design: alleys, sloping greenspace and small paved platforms at different heights.

The post war totalitarian regime had always feared large spontaneous gatherings of people, hence a common feature of public space design in communist Romania: alleys between green spaces, responding to the “Keep walking, comrades, and keep off the grass!” formula. This type of spaces contributed to social alienation and the destruction of the concept of community.

We wanted with our winning proposal at the 2012 public contest to recreate a democratic space that would help to re-enable a sense of local community, the civic and participatory spirit. We sought not to redesign and erase almost everything, as the previous intervention had done, but to identify and keep the valuable features and update the area to a contemporary understanding and use of the public space, which we basically considered to be a larger flat open space. This flexible open space would allow any type of activity. The rehabilitation also comprised a two storey underground parking and a pedestrian passage under the main crossroads. 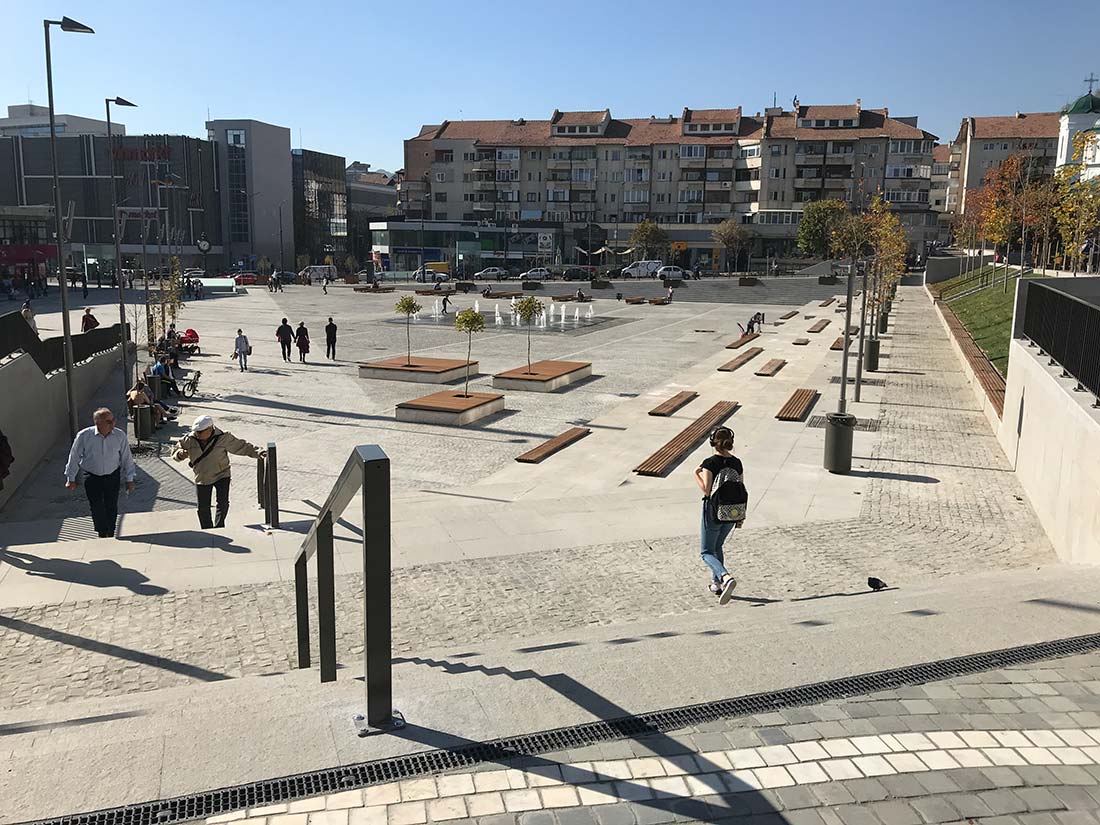 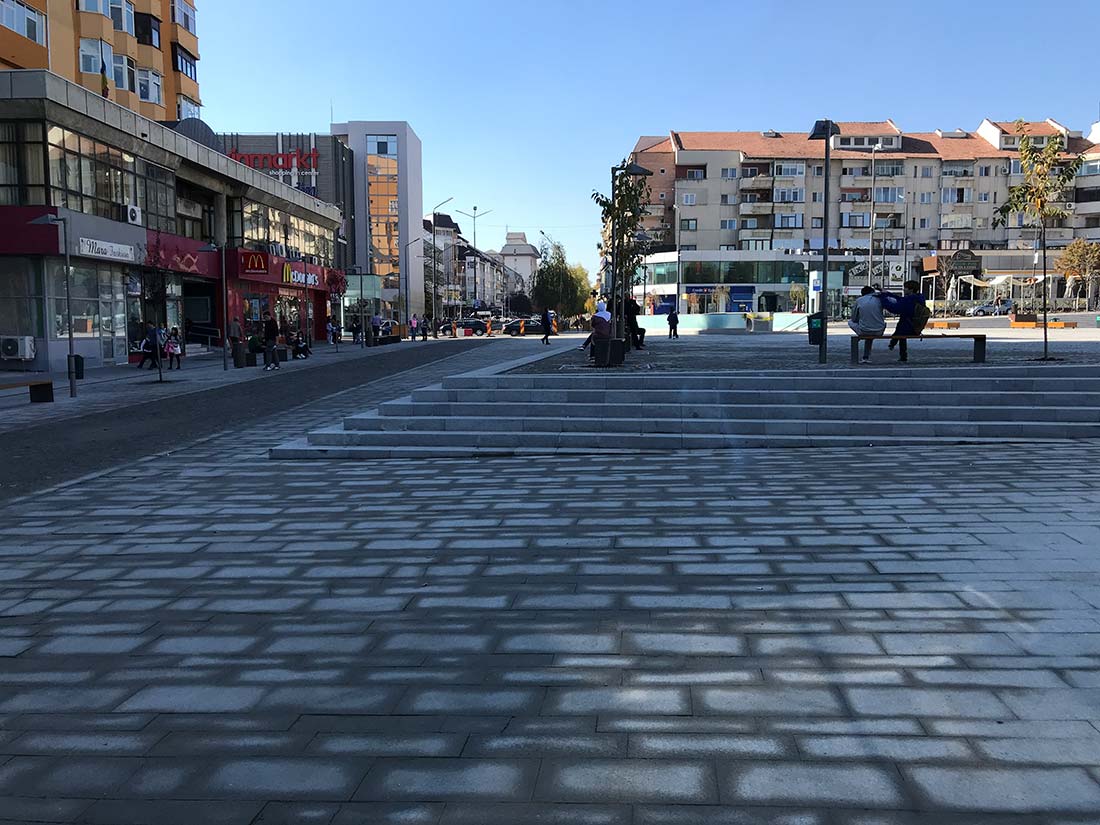 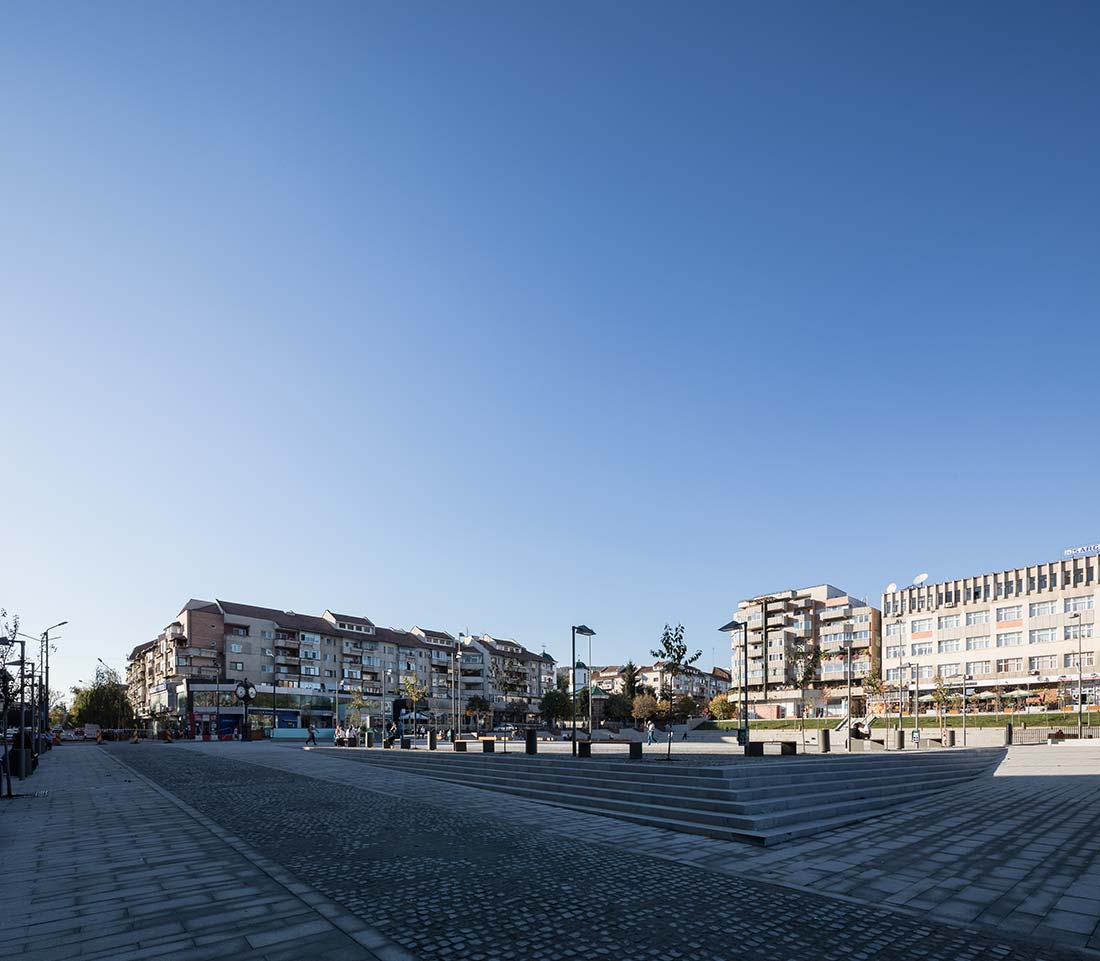 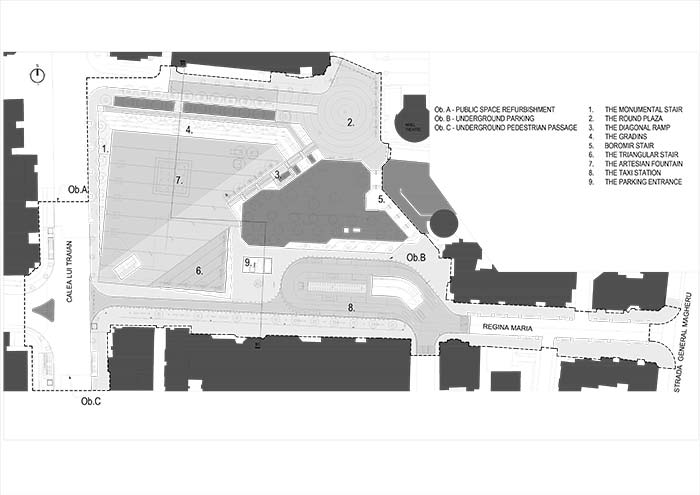