The Office Cluj, a “city within the city” office building ensemble recently finalized, has begun as an urban regeneration project for the brownfield plot left by the old textile industry “Someșul”, in the vicinity of Cluj-Napoca’s historic centre. As in most communist cities, this area became part of the industrial framework of Cluj-Napoca, which even now includes some leftover industries and factories. To the north of the site there still exists an old water channel, a small ramification of the Someș river while to the south there is the main boulevard and the main connection to the historic city centre, to the west.

The whole ensemble is made of 3 parts developed in successive stages which form a small coherent city in the shape of a flat, cut out massive, penetrated by gateway streets, which reinterpret the existing typology of the historic part of the city, that of public gangways. Inside these covered streets, a number of urban scale works of art will be placed. The ground floor will offer a multitude of services, ranging from retail, coffee shops, restaurants to fitness spaces, public services and temporary exhibitions. The upper levels accommodate class A offices.

The urbanity of this office complex is generated by the interpretation of the pedestrian route on the south/north axis, from the boulevard towards the channel, sequentially emphasized by the alternating 3 gateways and 2 atrium courtyards. Likewise, another generator is the public /open nature of the ground floor all along the entire perimeter and the two passages which connect the atriums to the west side. This comb-like solution offers a generous opening to the west side – where the lower parts of the building are – thus allowing a much better lighting from that direction.

The Office Cluj ensemble, at an urban scale, has evolved into a small “city within the city”, penetrated by three main gateways that connect the interior courtyards and urban plaza, all of this allowing both for a generosity in favor of the public space and an emphasis on semi-public and private spaces. At a larger scale, in which the city of Cluj offers a particular silhouette from the surrounding hills, the ensemble is perceived as a relatively flat landscape unit, with a dominant horizontal stratification. 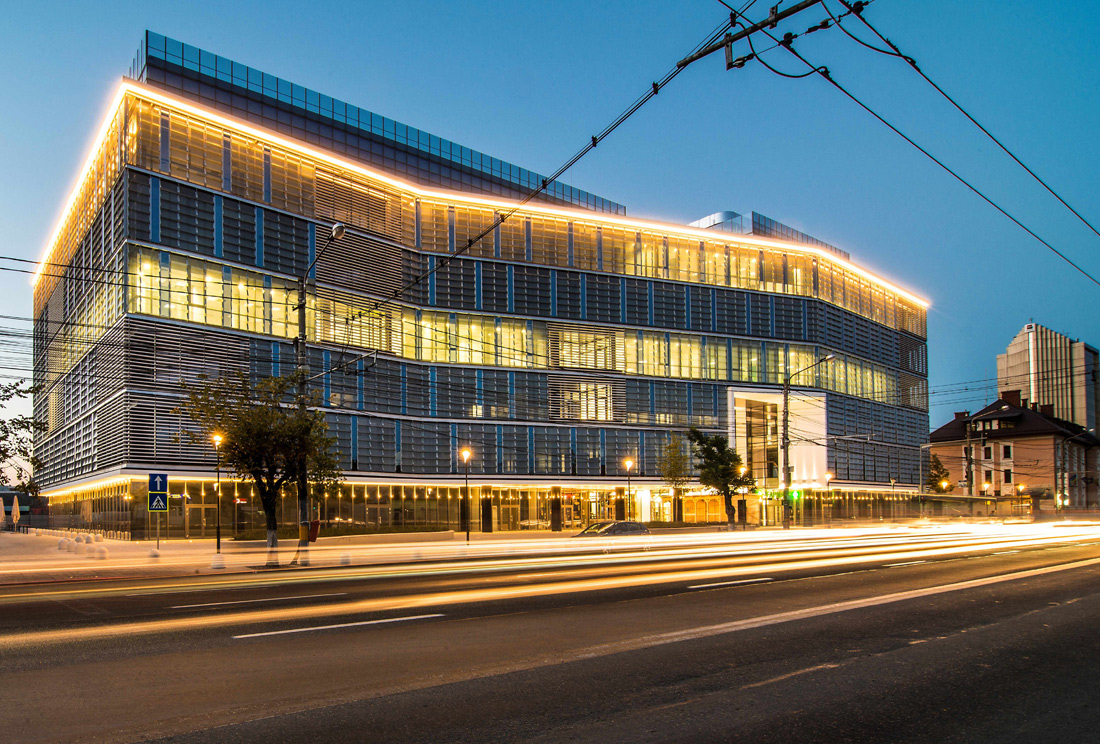 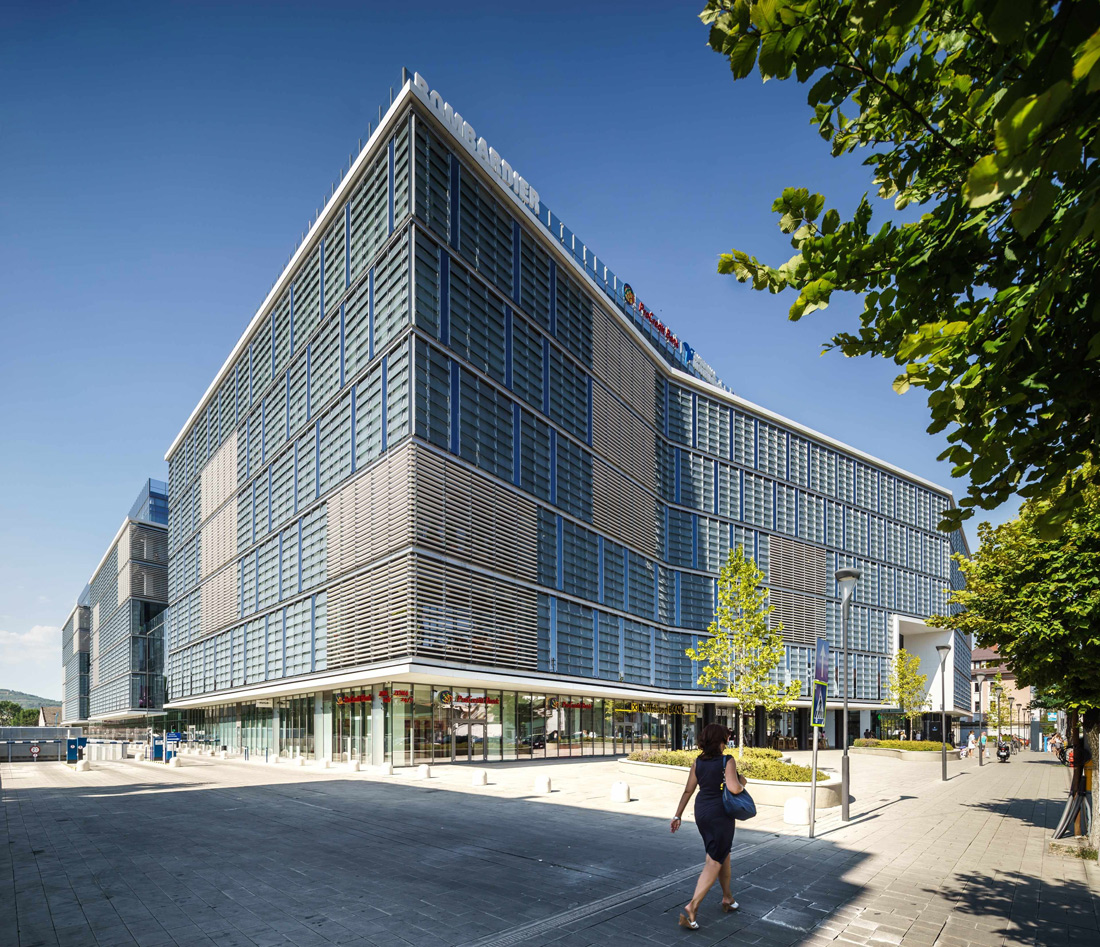 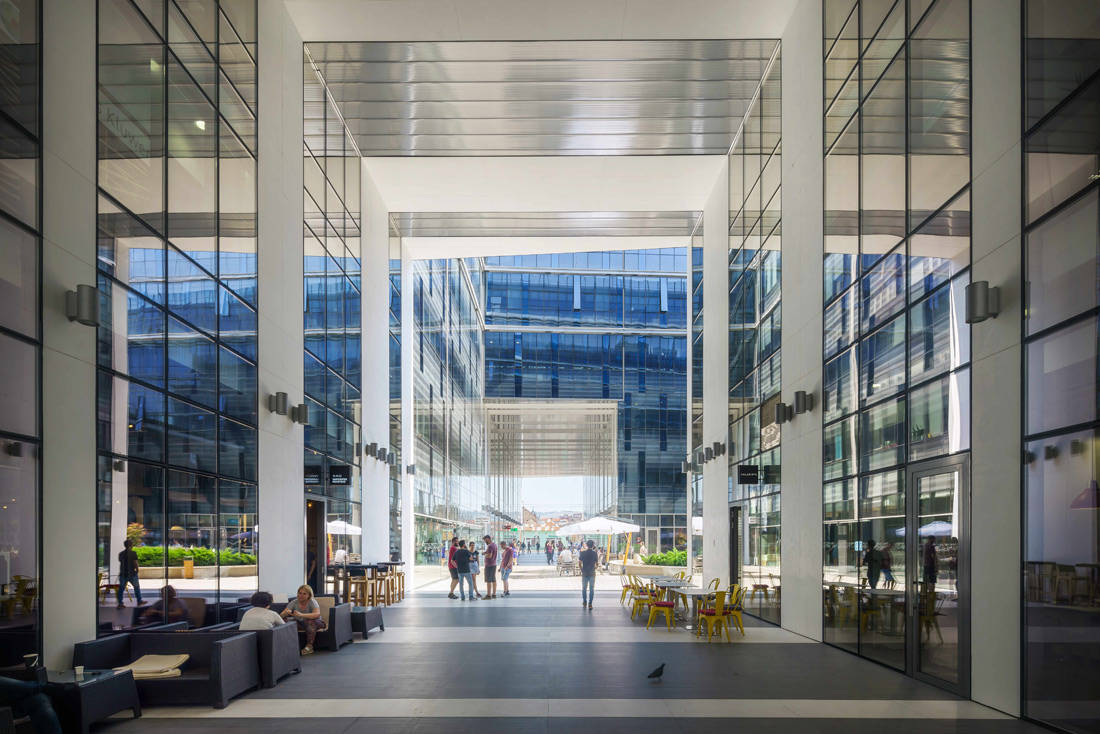 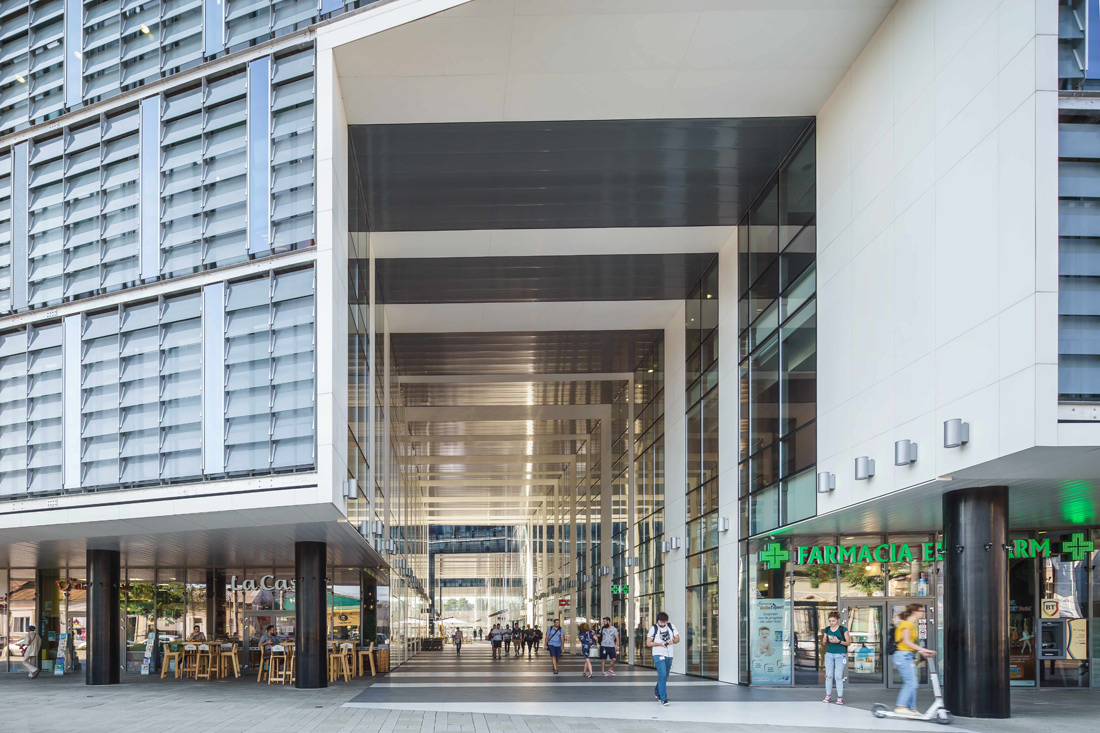 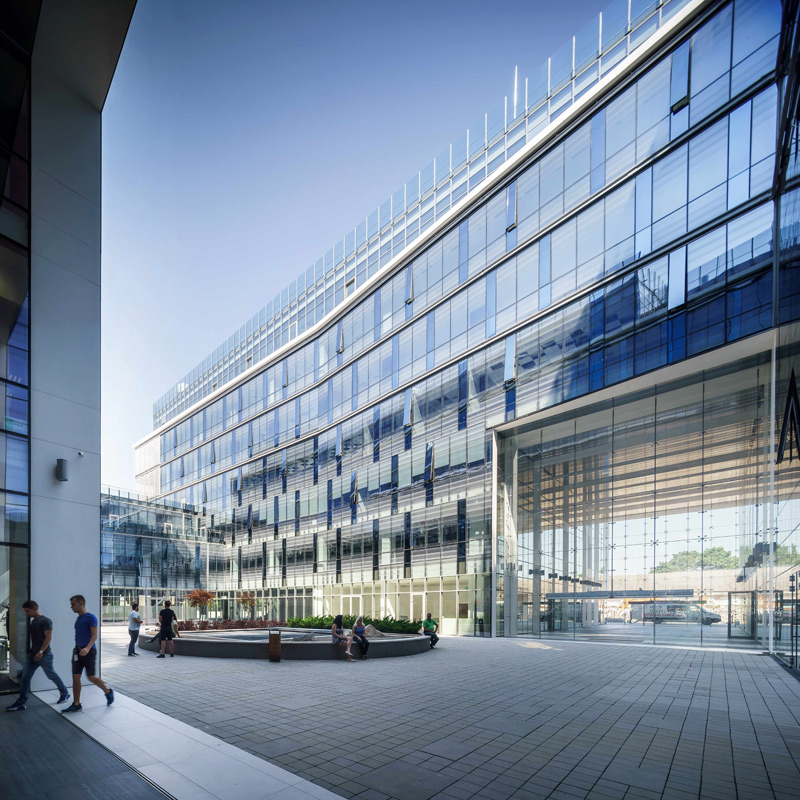 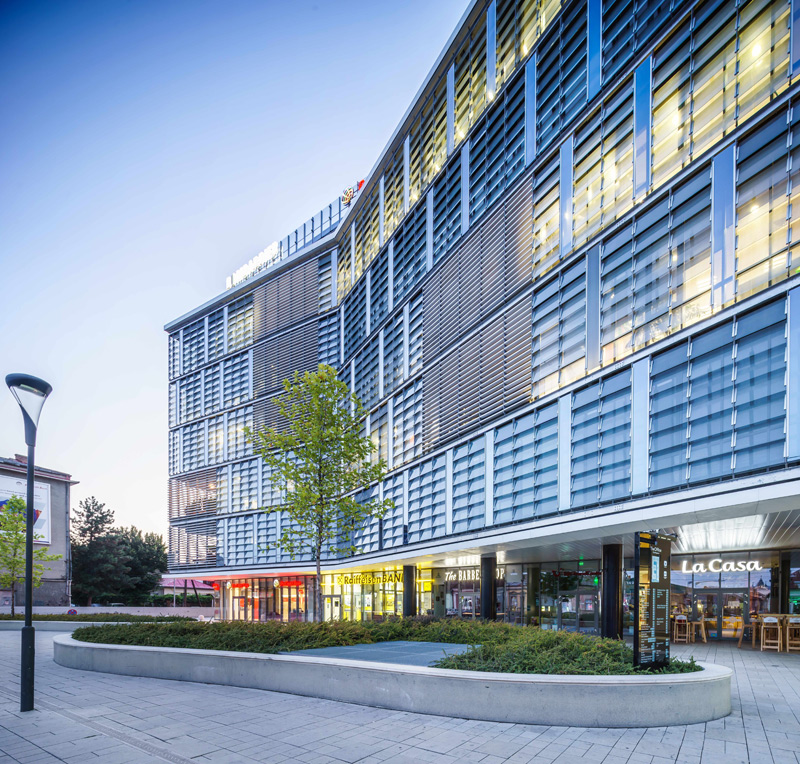 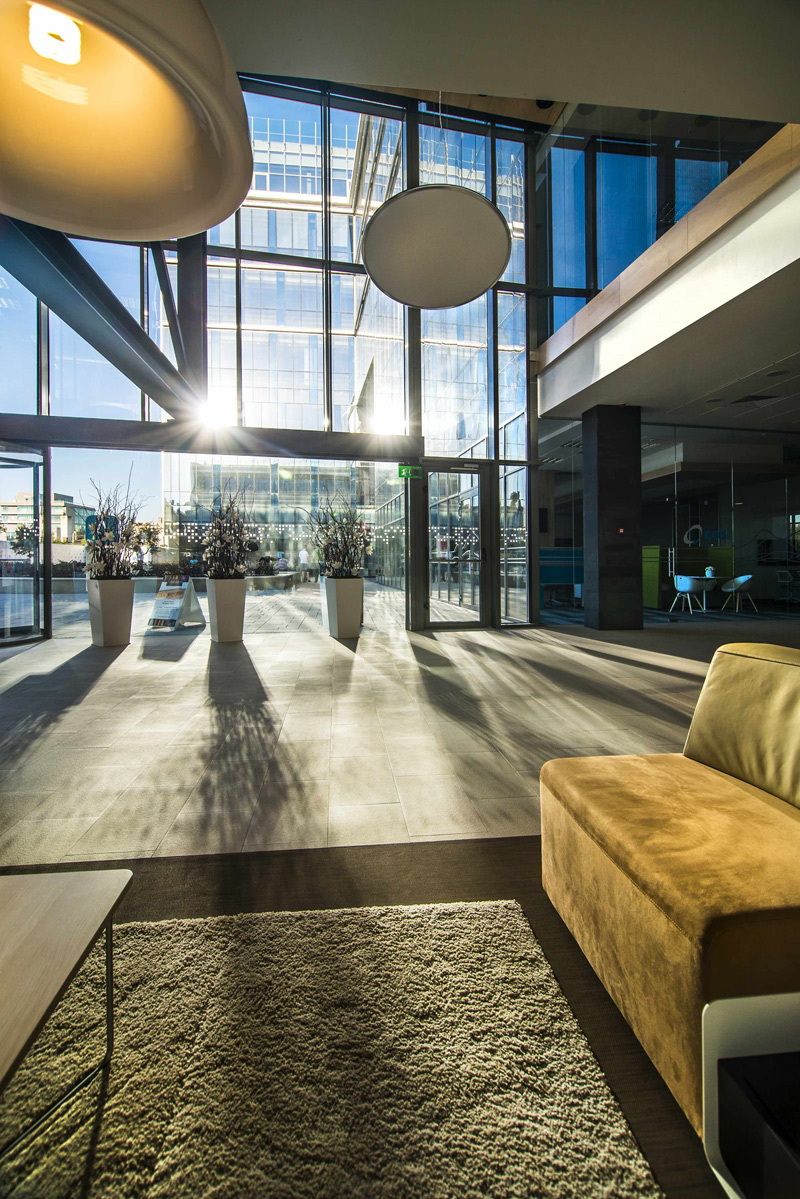 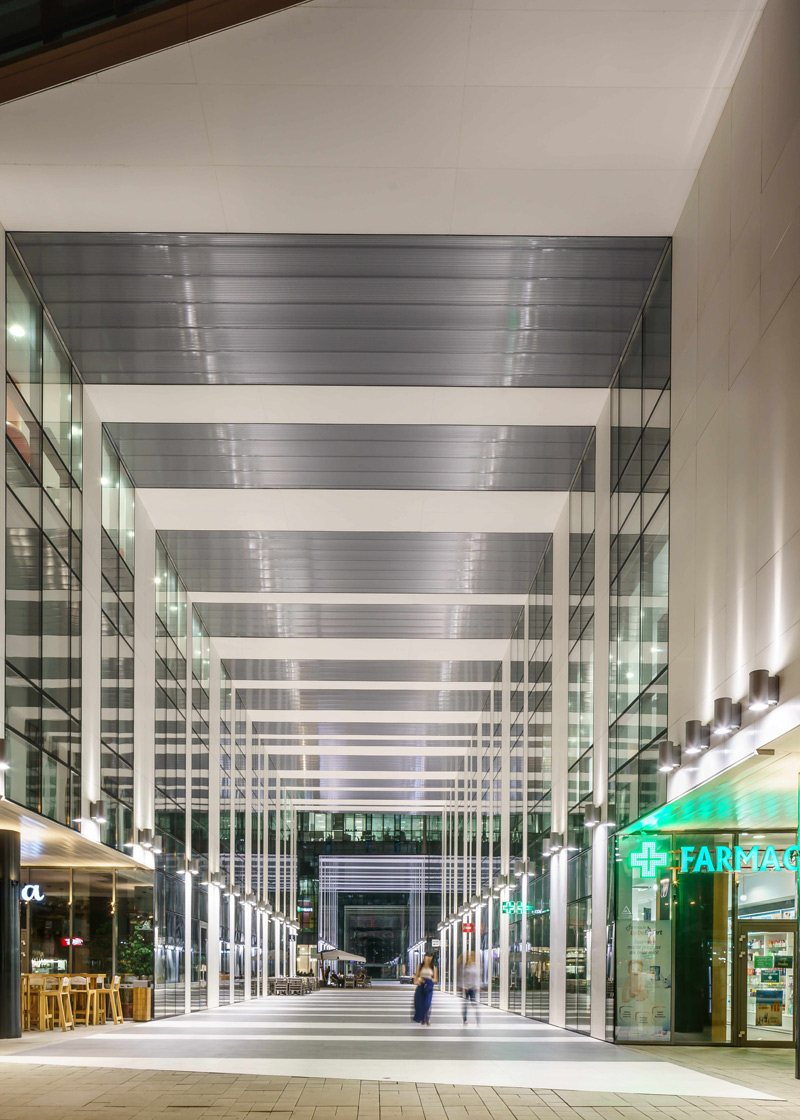 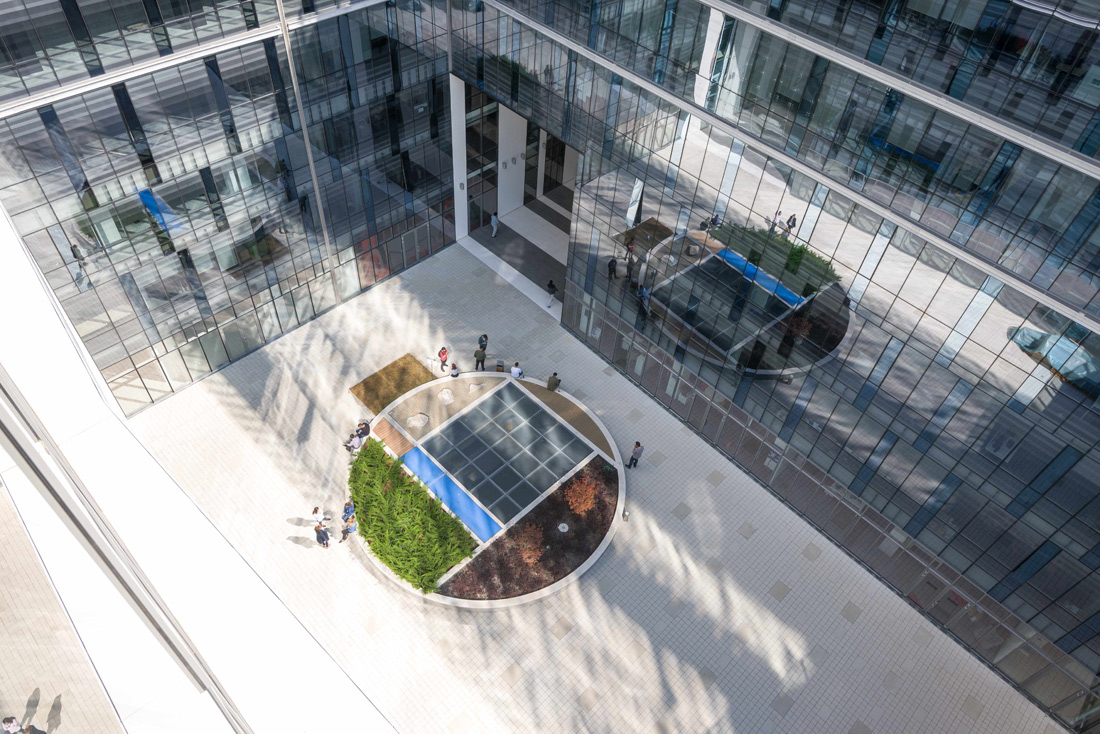