The town of Rossatz-Arnsdorf in Lower Austria made the decision to replace an old look-out tower on Seekopf mountain, which is located on a popular hiking route, with a new structure that would preserve the old tower’s panoramic view from the densely forested mountain towards the Danube. The aim of the project was not only to meet the functional criteria, but also to create an additional experiential value for those visiting the precious natural landscape. The town, together with the federal fund “Public Art Lower Austria”, invited 7 renowned artists and design collaboratives to a competition. The winning proposal “The 4th Wall” by the architect and designer team Heep/Schillinger was chosen by the jury for the clarity of its design and respectfully blending into the surrounding nature.
The title is referencing a term from theatre, describing the imaginary boundary between the stage and the audience, the breaking of which signifies direct interaction. In the case of the observation tower, Heep/Schillinger use this dramatic setting as a visual barrier and element of tension: the staircase leads upwards along a spatially staggered wall cladded with larch wood louvres. Along the way up the wall conceals the open steel structure and directs the view towards the surrounding forest, only to open up the breathtaking panorama once the viewing platform is reached. By staggering the four flights of stairs at each level, the visitor experiences the ascent less as climbing a tower but more as a continuation of the hiking trail along the wine terraces.
The exposed site on top of the 671-metre-high mountain, with no fortified roads or infrastructure leading up to it, posed a major challenge for the construction process. A local metalworker prefabricated the steel structure in four welded and galvanised pieces. They were then transported to the mountain top with a special off-road truck and hoisted up and screwed together on site. The town was very involved in the construction process and provided hands-on assistance in several instances. Not least because of the involvement of the local community, “The 4th Wall” now stands proud, overlooking one of the most beautiful areas of Austria.

What makes this project one-of-a-kind?
The project is a successful example of “placemaking”, where the demands of a local community were met through an initiative and collaboration of its members, federal agencies and creatives. The result is a sustainable and feasible, non-commercial landmark whose influence reaches beyond its immediate surroundings. Since its opening, the tower has become a hugely popular outing destination. Coincidentally, due to the pandemic, there was an increased need for open-air public spaces and recreational options in the vicinity of Vienna, especially for families. The top of the mountain is situated at the intersection of two hiking trails, but due to the dense forestation the spectacular views are often concealed. Through the heightened vantage point of the tower the beauty of the landscape can be appreciated fully, hence offering an additional experience and reward at the apex of the route. Despite the use of common and durable building materials and lightweight construction, which were prerequisites due to the limited budget and accessibility of the site, a distinctive and recognizable architecture was realised. 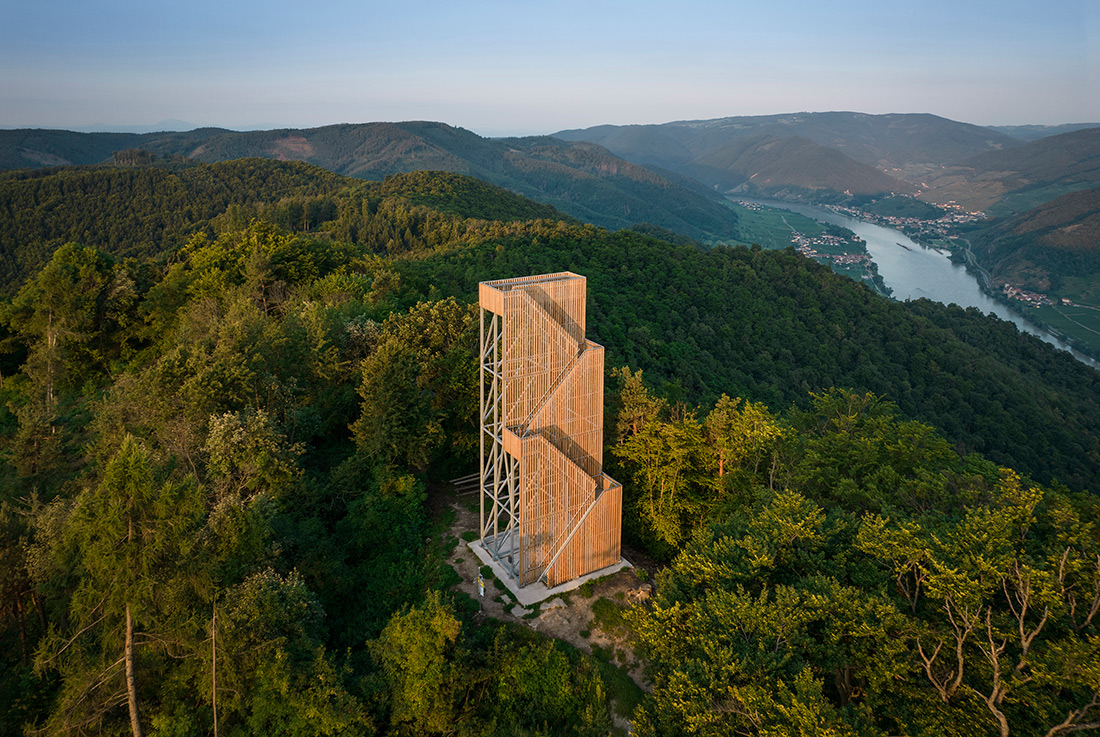 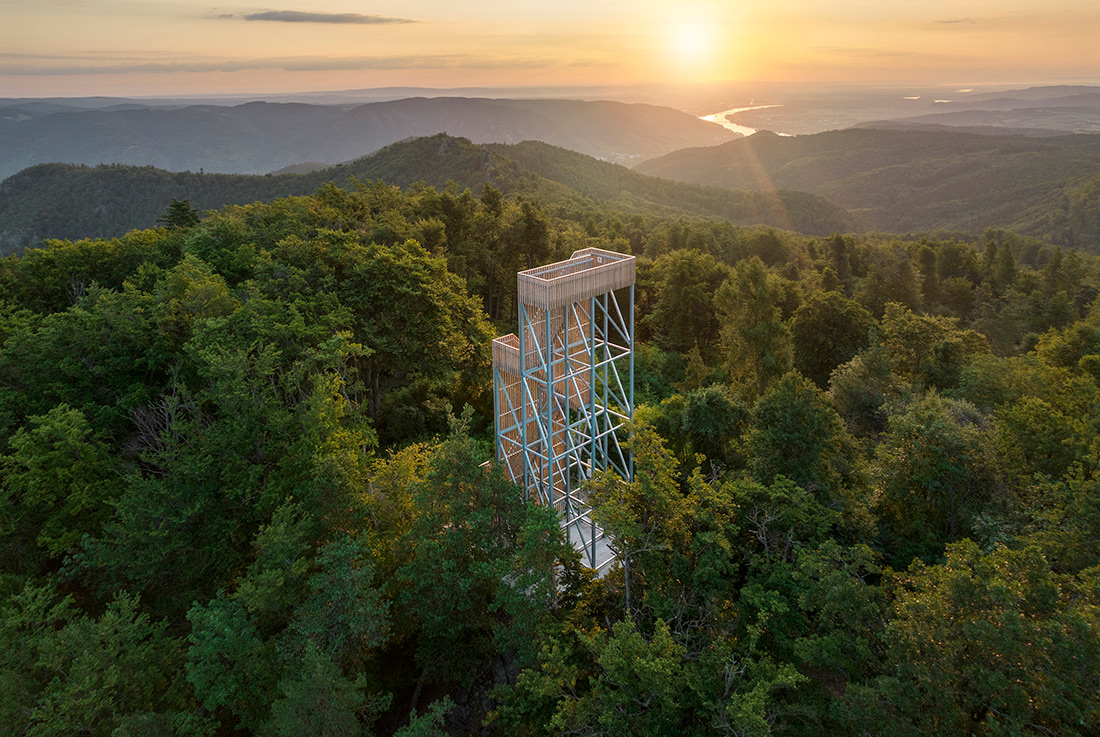 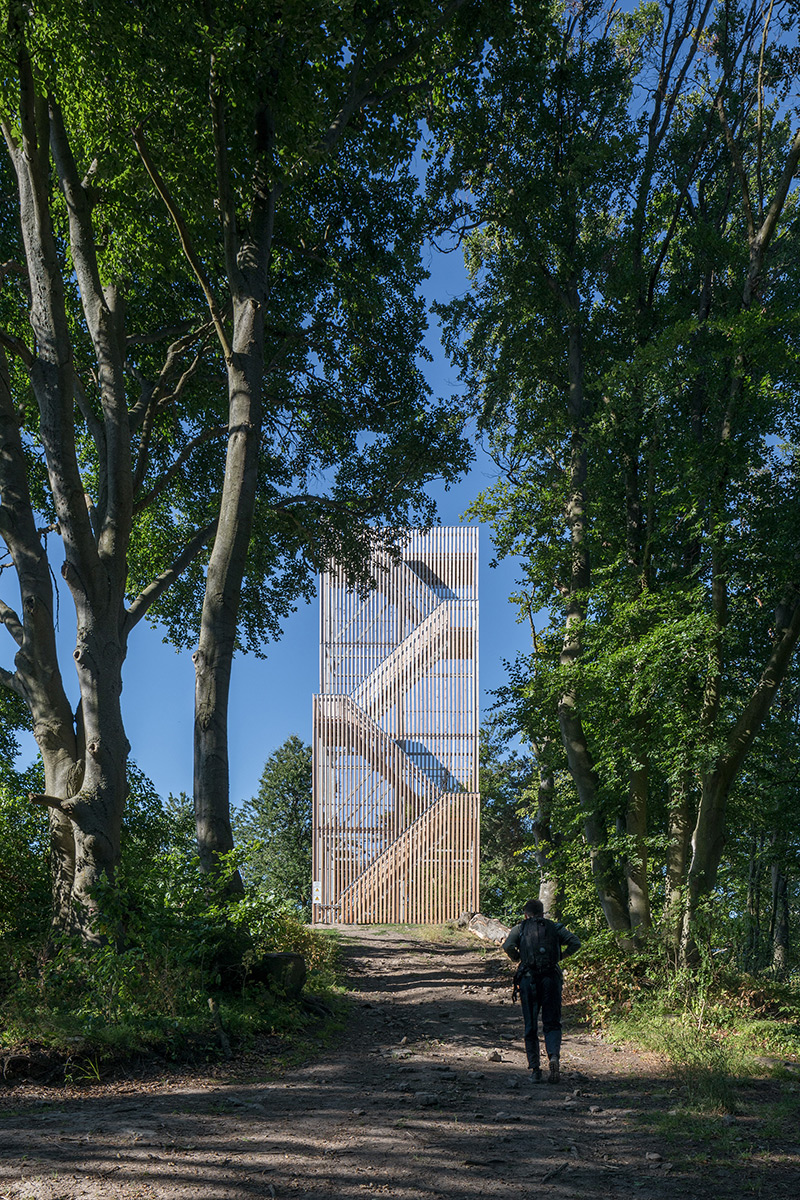 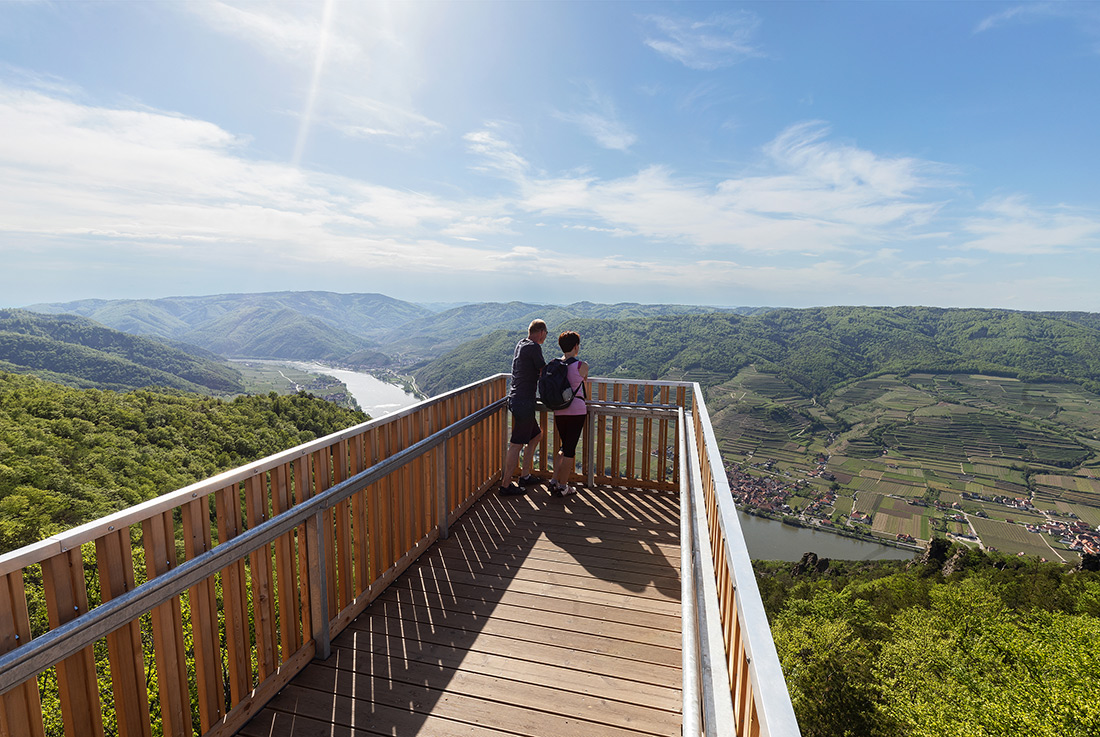 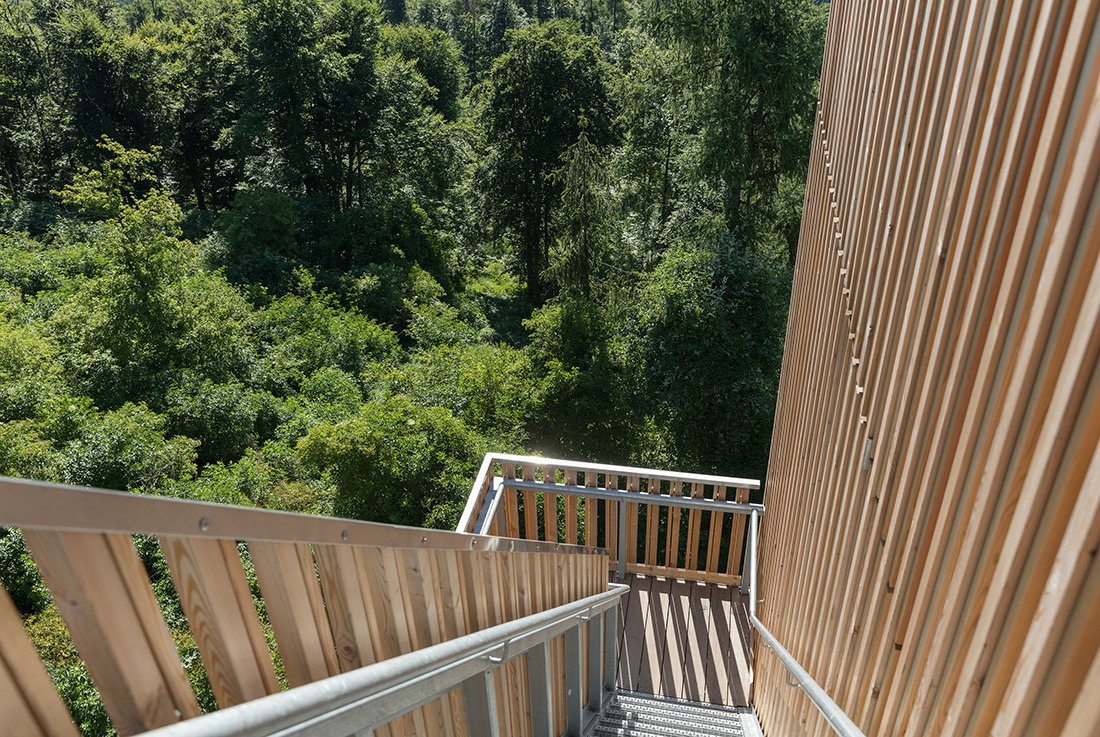 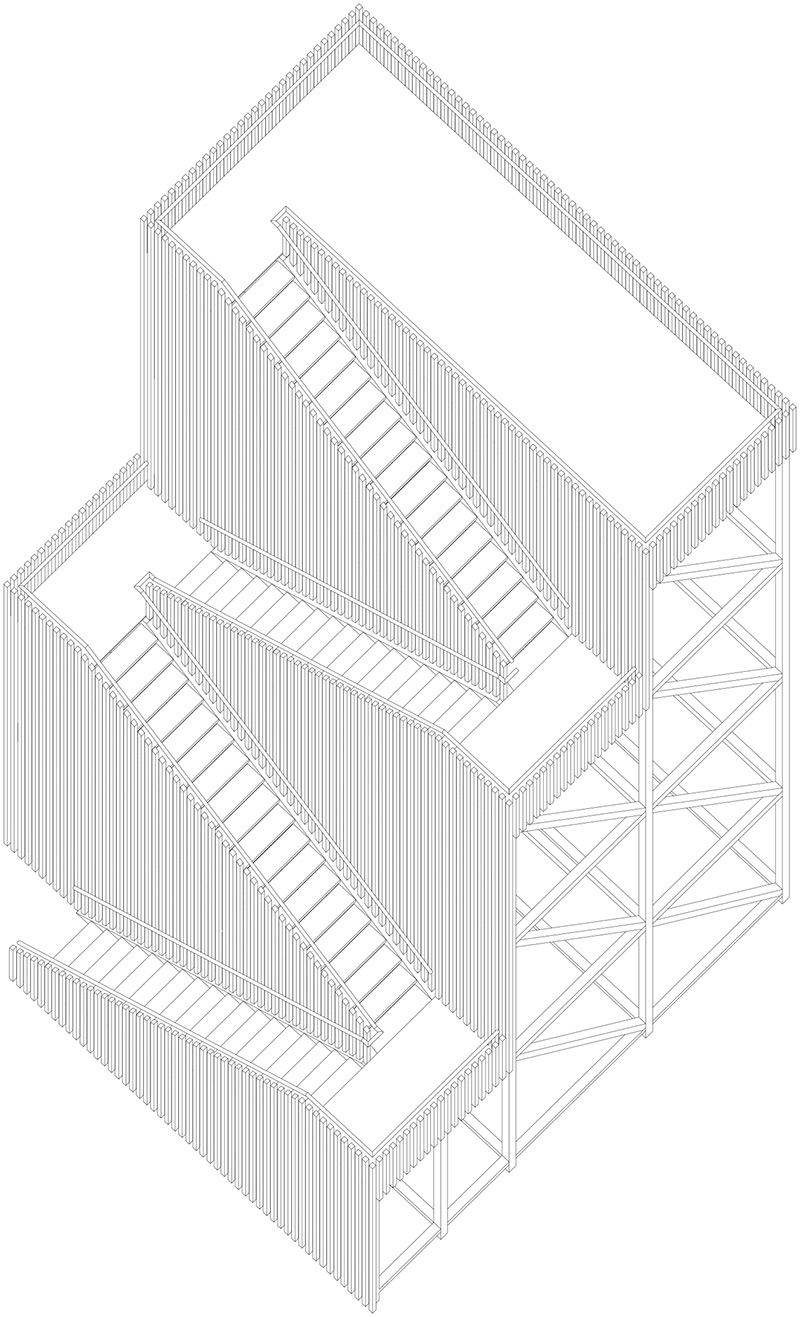 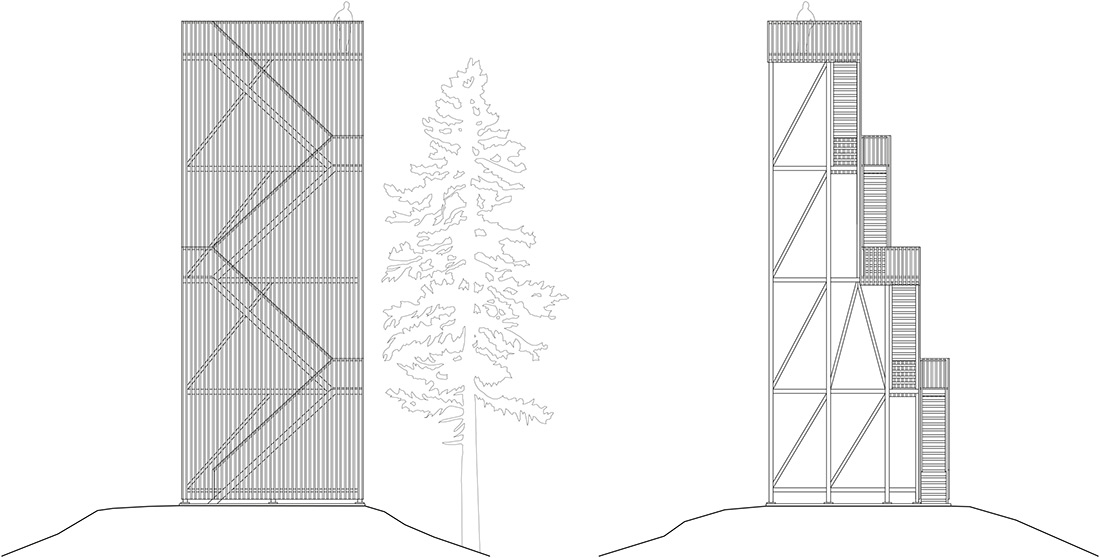 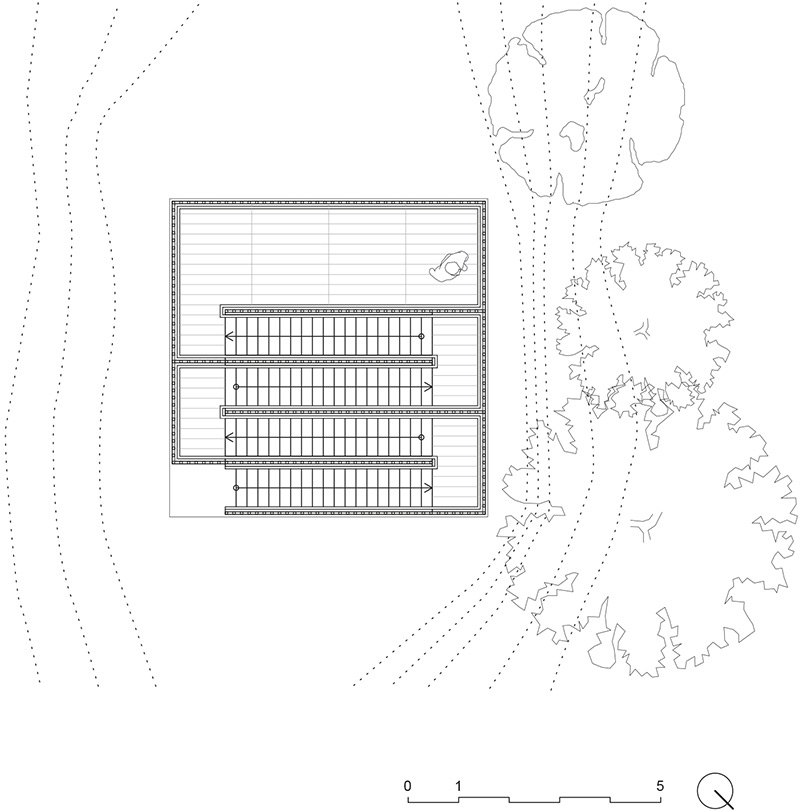