The theatre Andon Z. Çajupi – quite literally given a new face (or many new faces). Seating capacity was increased by converting a two-tier auditorium to a large raked plane.

The design method as with all BOLLES+WILSON Albanian projects involved Peter Wilson’s hand drawn concept interpreted by a local facilitating office (in this case DEA Studio). A methodology that baits ‘lost in translation’ misinterpretations (as was the case here when the contractors were found scratching their heads at a book of ‘Albanian Bling Renderings’ but no details, a problem solved by Peter Wilson further sketching, this time 1:1 details direct on the wall).

Comic and a Tragic masks belong to theatre iconography, here they are joined by 140 smaller masks – the audience, hand crafted in terra cotta by the local potter Vasillaq Kolevica. The 80 cm high-individualized masks each occupy a grid square of the Art Deco Facade. The black Tragic mask is convex, the white Comic mask is concave – the construction principles for these were again hand sketched.

The Comic mask is on a side annex (that now houses an internal grand stair), a cube clad in black basalt. The perimeter of the mask is defined by a stainless steel profile inside of which the white plaster indentation is recessed. The ominous black silhouette of the Tragic mask is built up of polystyrene insulation blocks. Edge radii were sketched but ultimately a 1:1 demonstration with a bread knife was necessary to communicate the idea to the builders. The surface here is again plastered to resemble a giant Japanese ‘No’ mask.

What makes this project one-of-a-kind?
Re-scripting Korca’s theatre:
The theatre in Korca was initially a present from Moscow prior to Albanian Communism’s falling out with Post-Stalinist Russia.
Its Soviet classicism was then stripped back to a sort of Balkan Art Deco.
The theatre Andon Z. Çajupi– quite literally given a new face (or many new faces). Seating capacity was increased by converting a two-tier auditorium to a large raked plane. 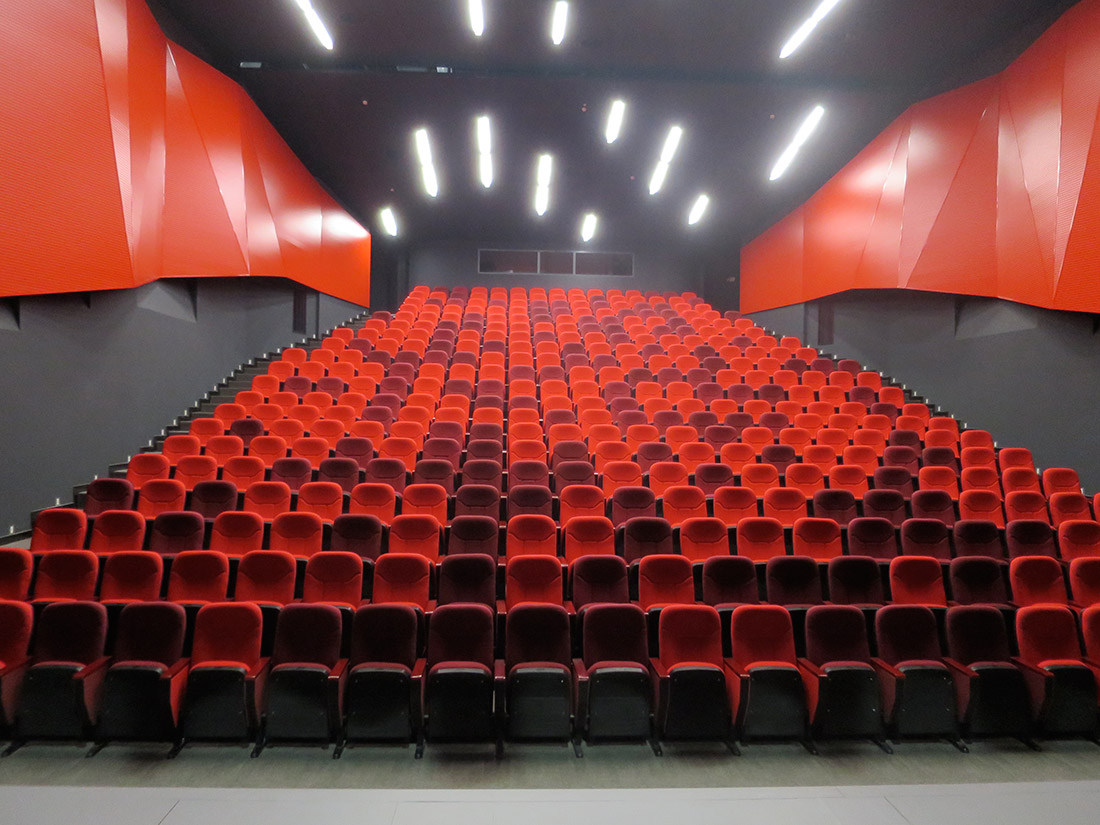 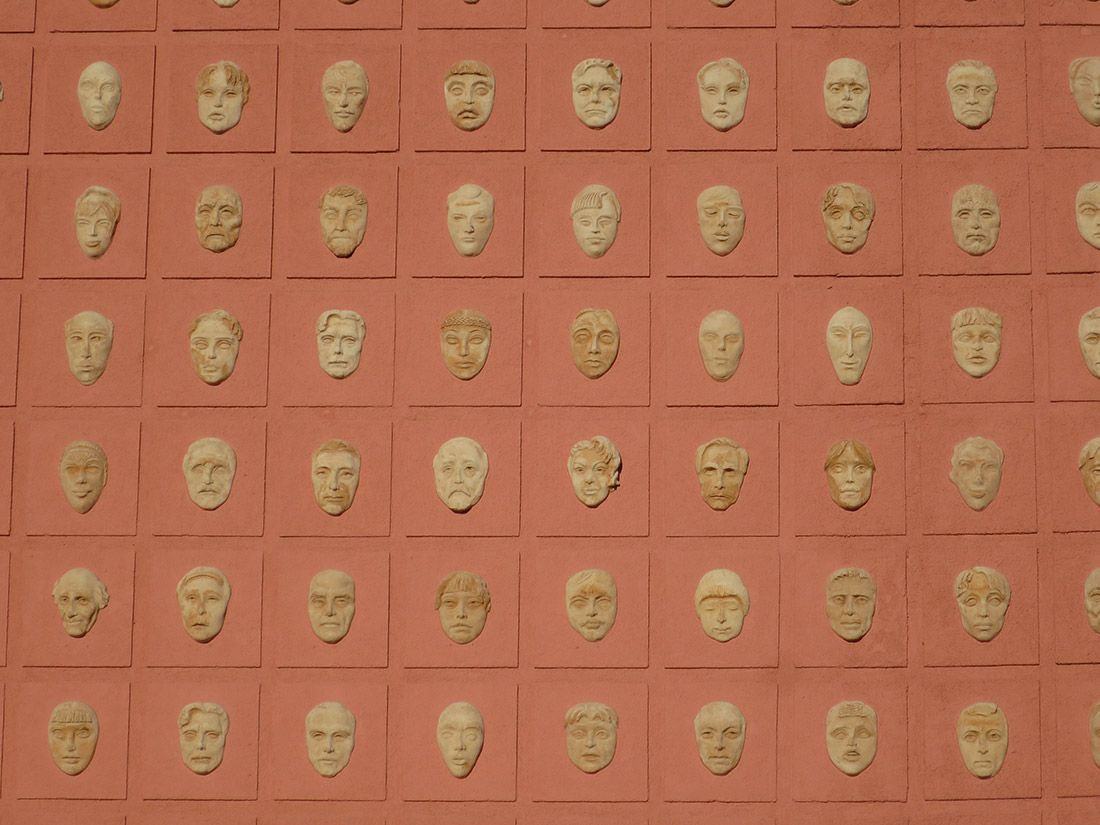 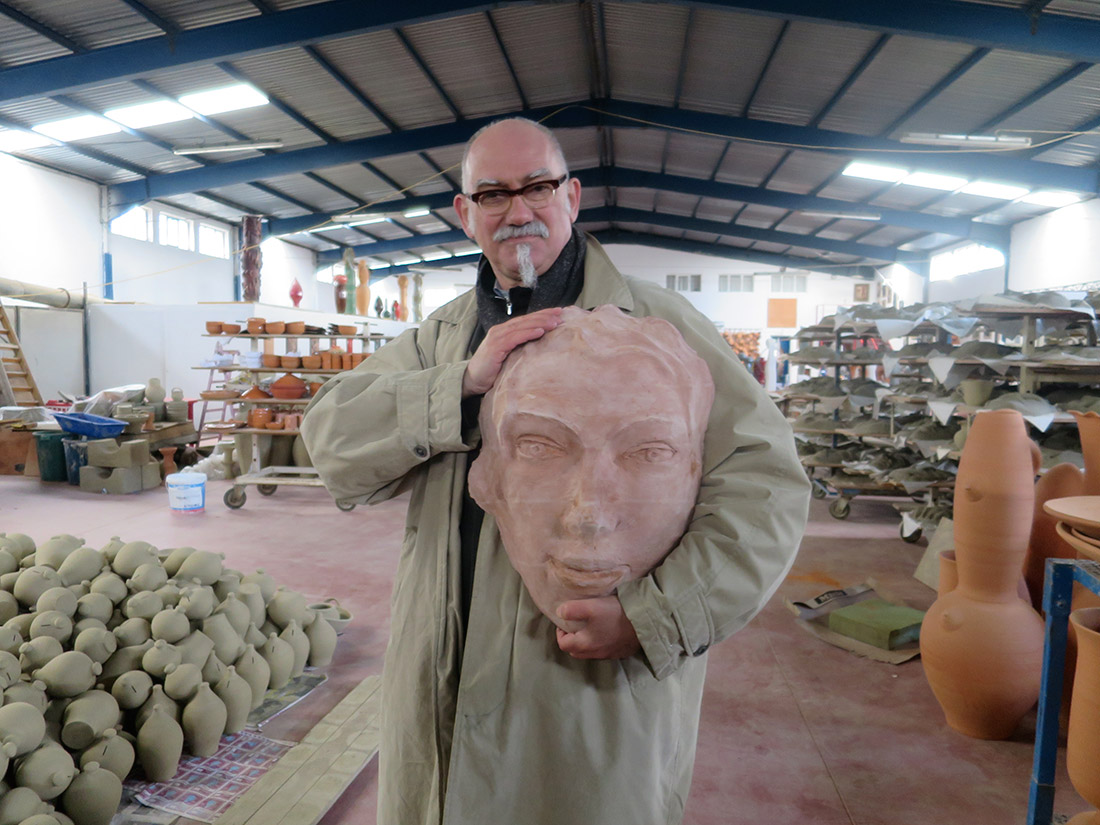 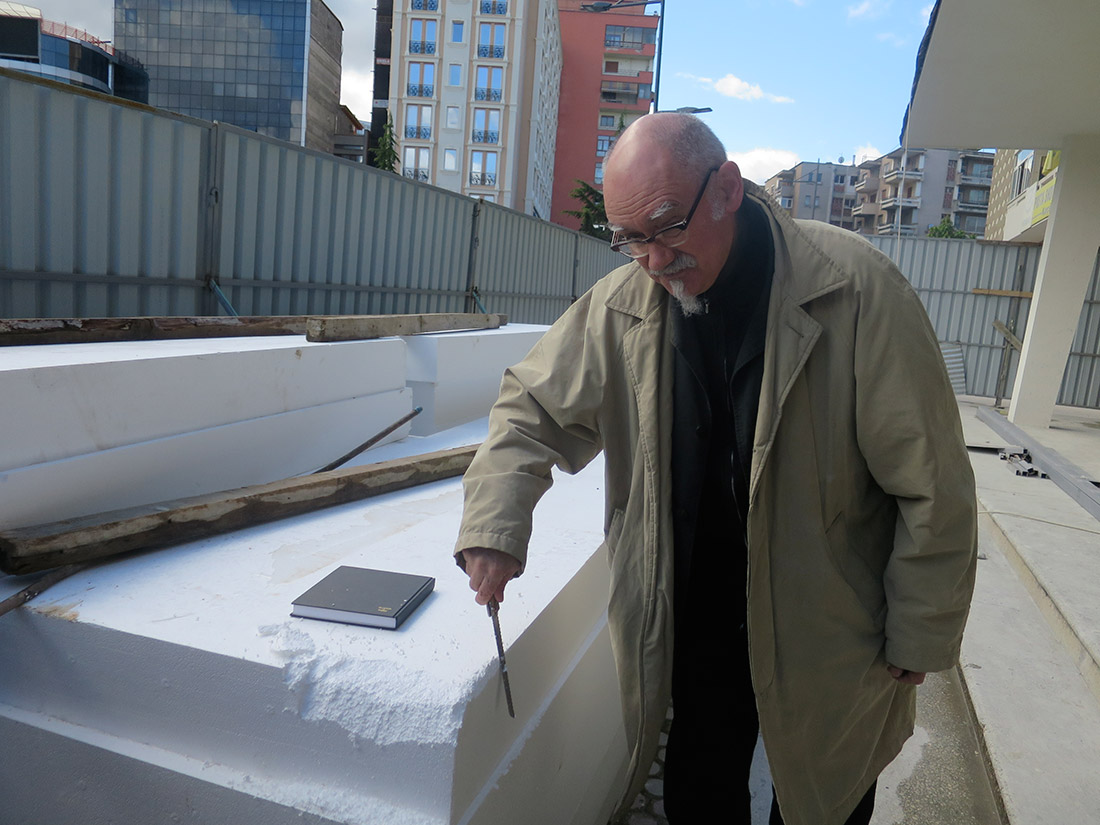 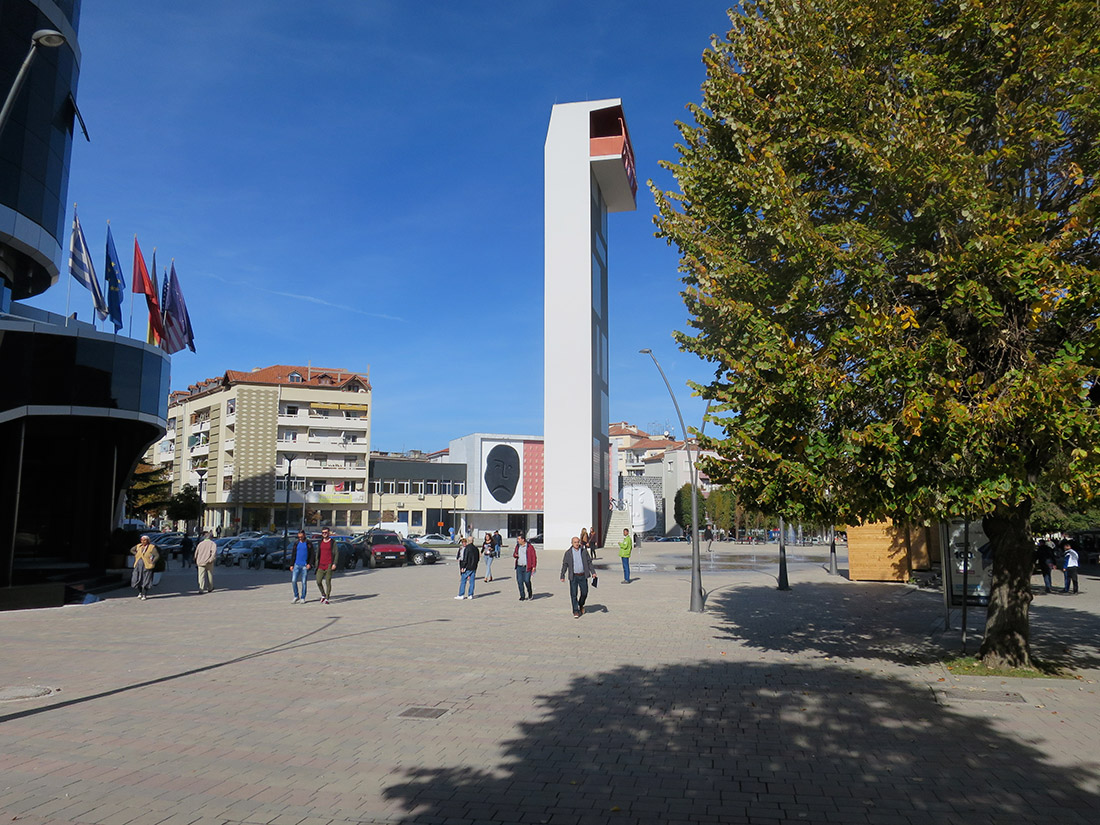 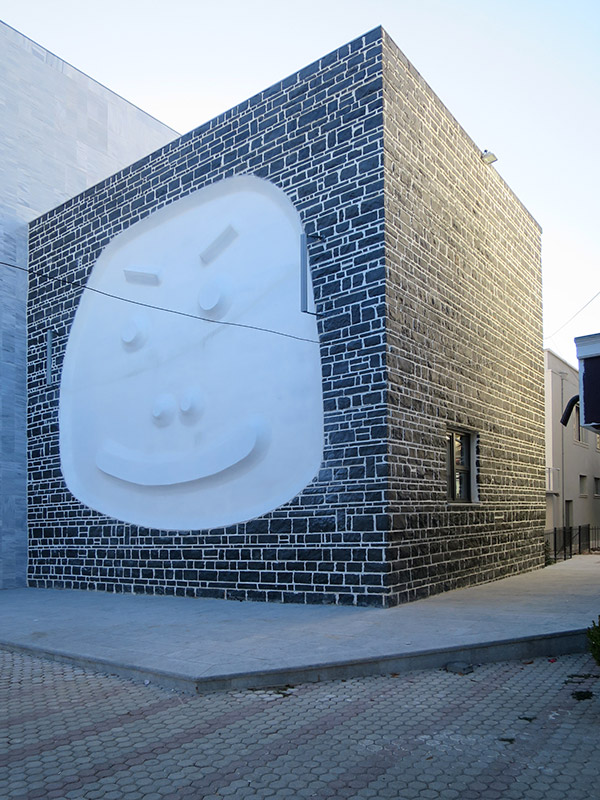 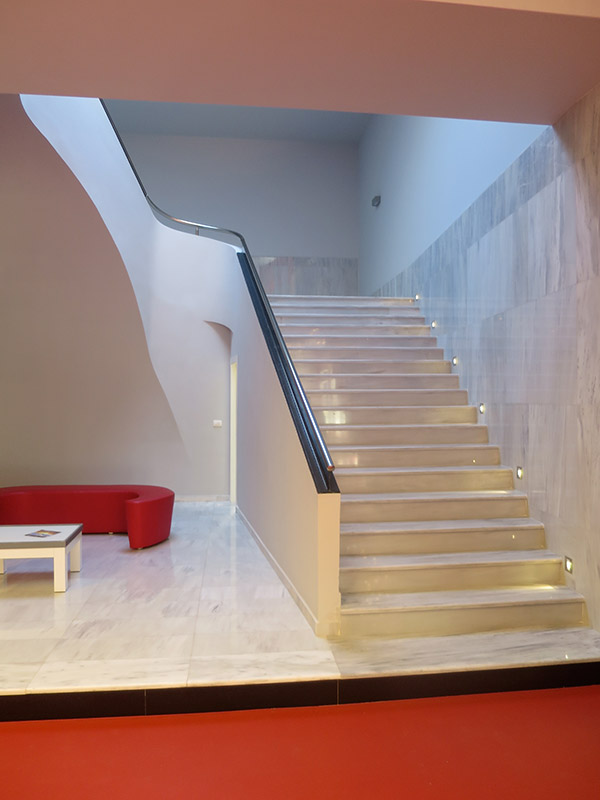 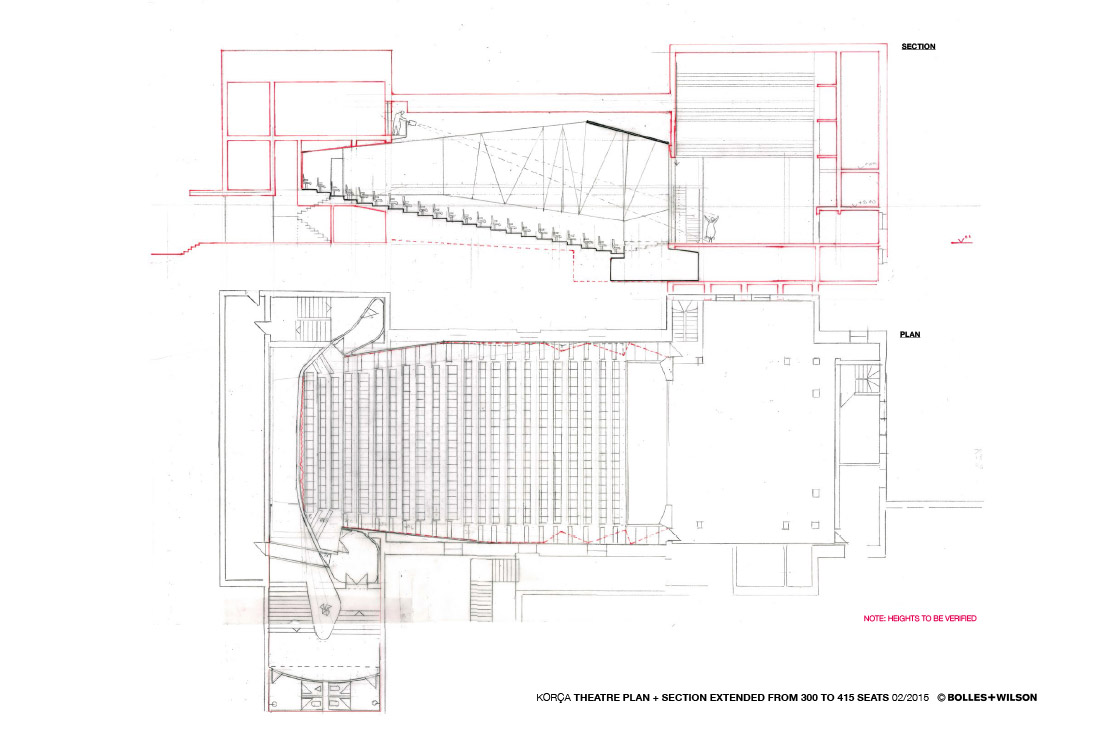