History
The house originally was commissioned in 1925 by a young engineer for his own family. The Tyrolese architect Siegfried Mazagg designed a masterpiece one of a few only as his life unfortunately was ended early by a car accident when he was only 30 years of age. The building has been granted built heritage of the highest grade some ten years ago.

Situation
The site is located on a higher level above innsbruck on the edge of a drop in the landscape following the Inn valley. It is surrounded by two streets forming a pointed triangle towards the city center. One street following promenade like the terrain in direction to the sunset the other connecting the city with the higher positioned neighborhood and former village of Hötting. The design acts as a landmark at this point in town through an intelligent modulation of the massing of the little villa through its two pitched rooftops. By moving some of the peak like volumes off center the roof slope cuts in either one level only or two levels forming a cute object with four different characteristic facades.

The extension and adaptation
Besides giving the existing house an upgrade by little interventions on all four floor levels the main addition was the atelier under the garden to the east and a natural water basin with a terrace to the west.

The atelier
By choosing a timber construction of cross laminated elements one could span the entire plot without any central columns. The atmosphere of the space is generated by the roof lay light which is shaded by the structure. The roof is suspended off the balustrade of the garden enabling a free view to the mountains and the landscape of the city below.

What makes this project one-of-a-kind?
‘One of a kind’ may apply to the fact that the renovation of this heritage building of an 1920ies private house with the addition a detached semi-underground studio enabled to double the built volume hardly recognizable to the public while keeping the original spirit of a prime example of the Tyrollean modernist architecture. 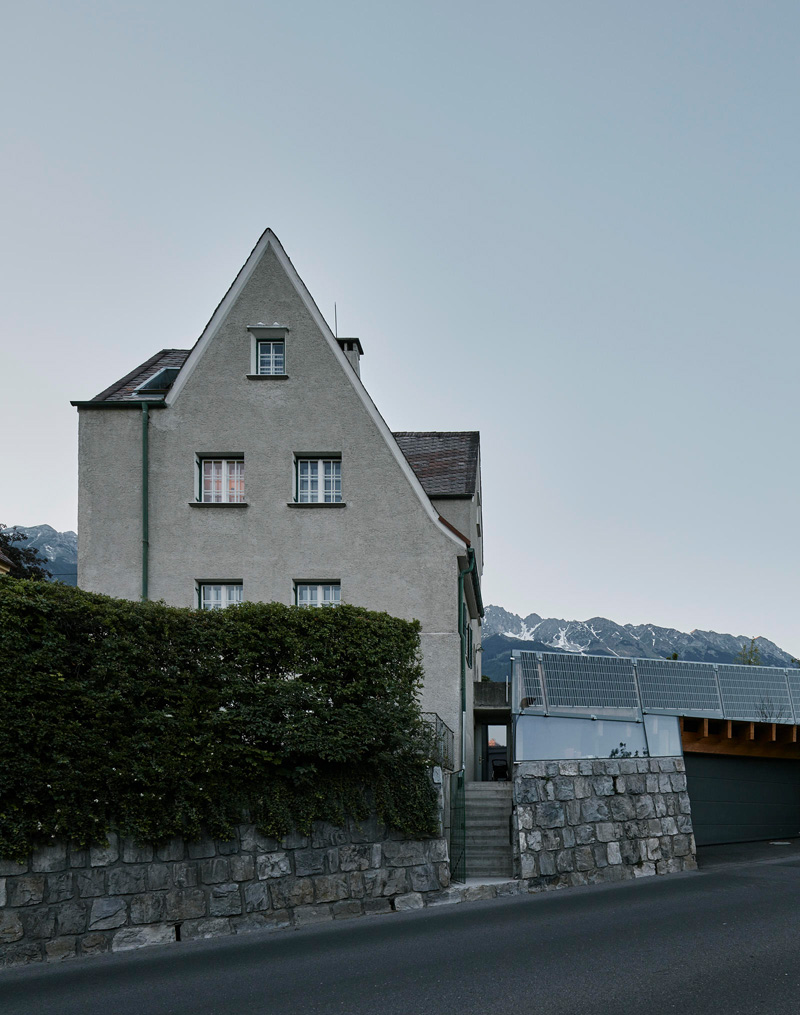 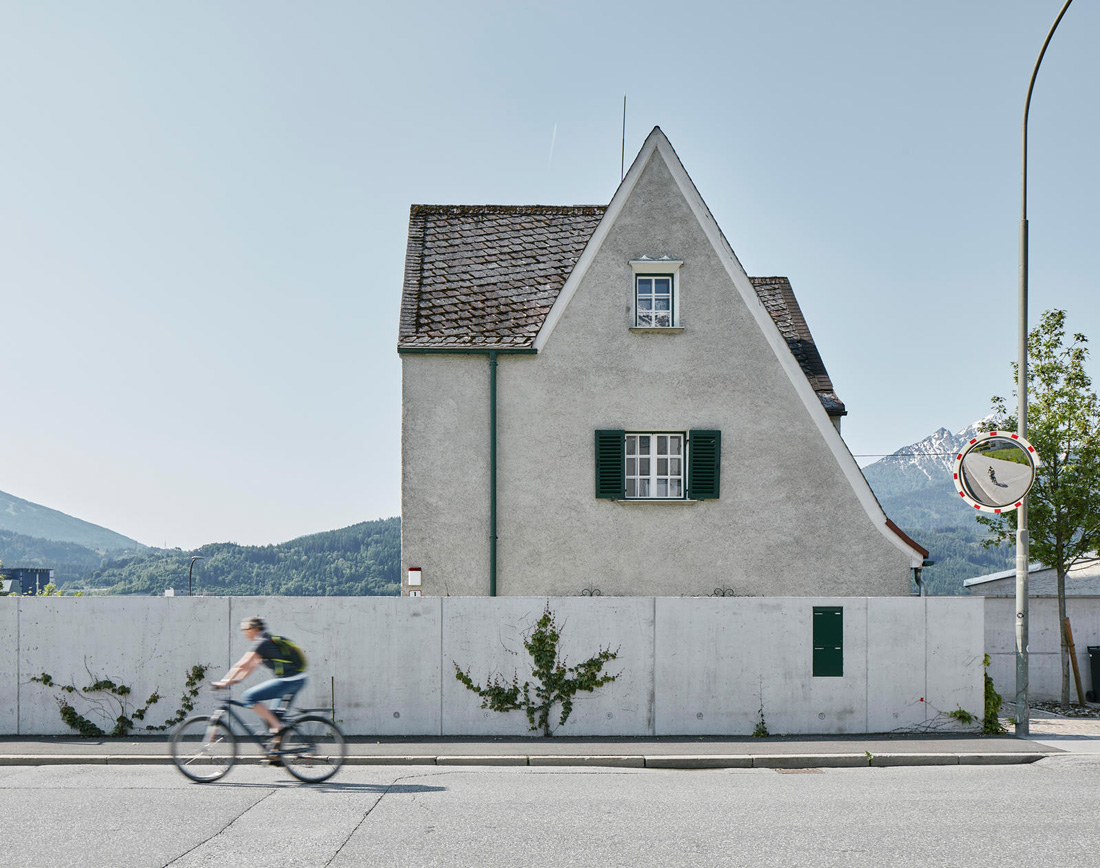 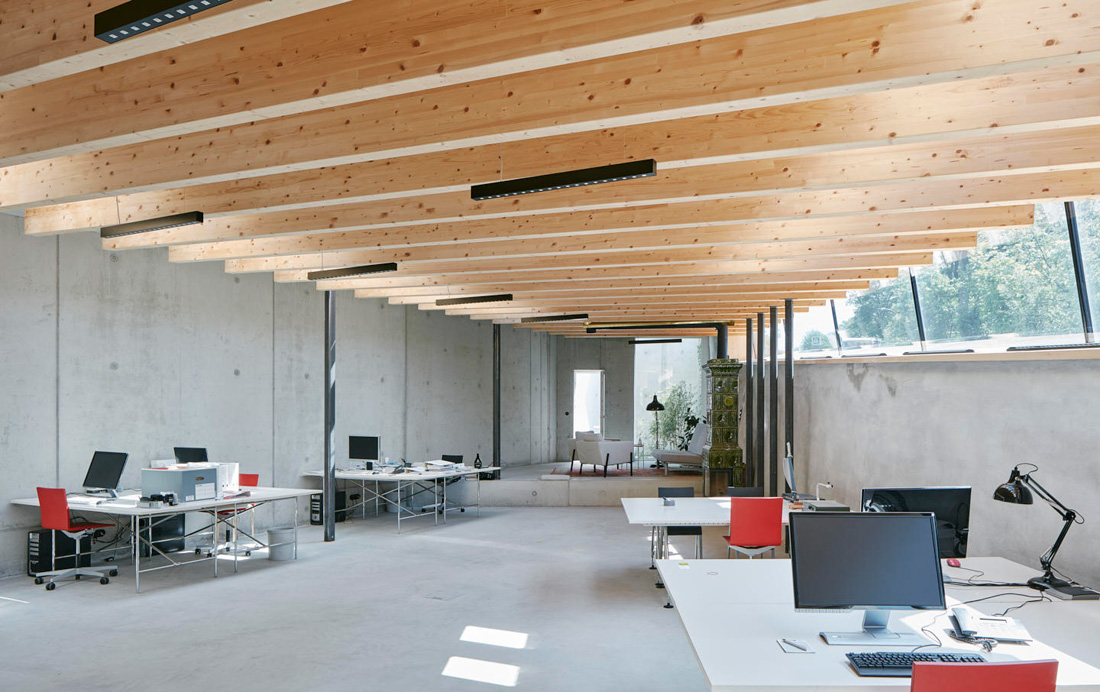 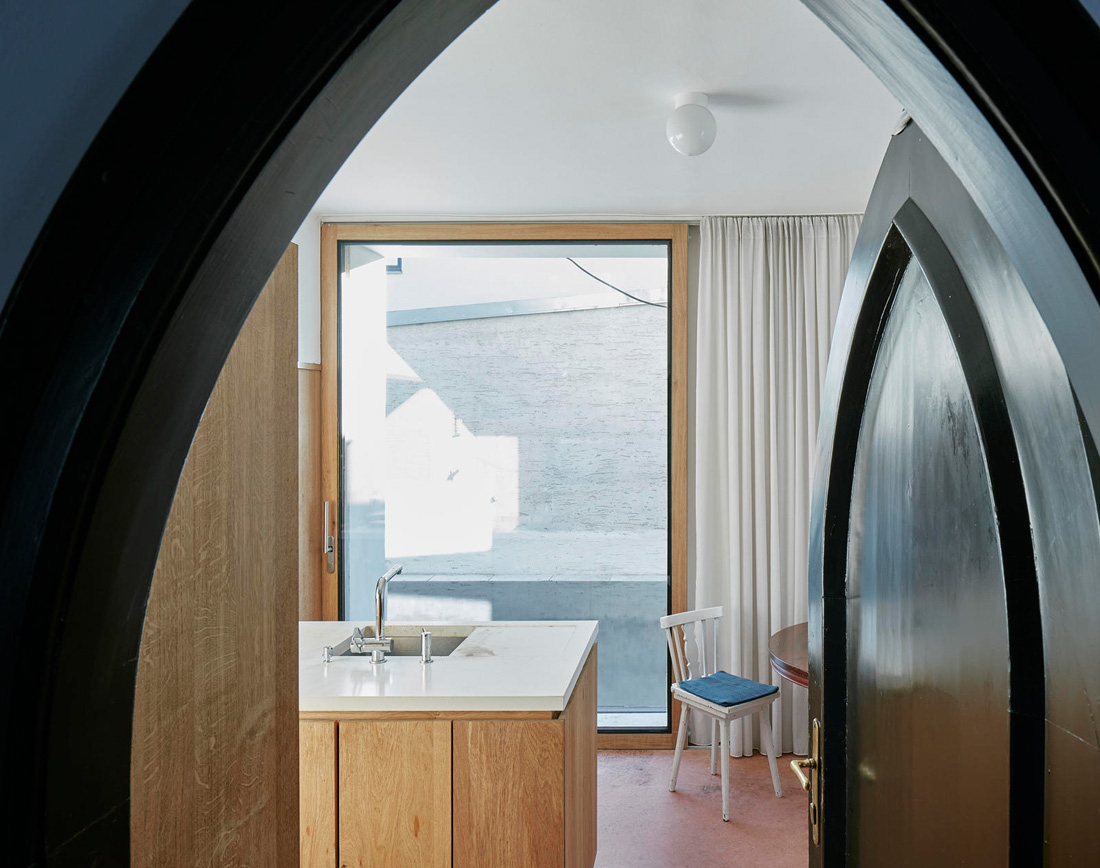 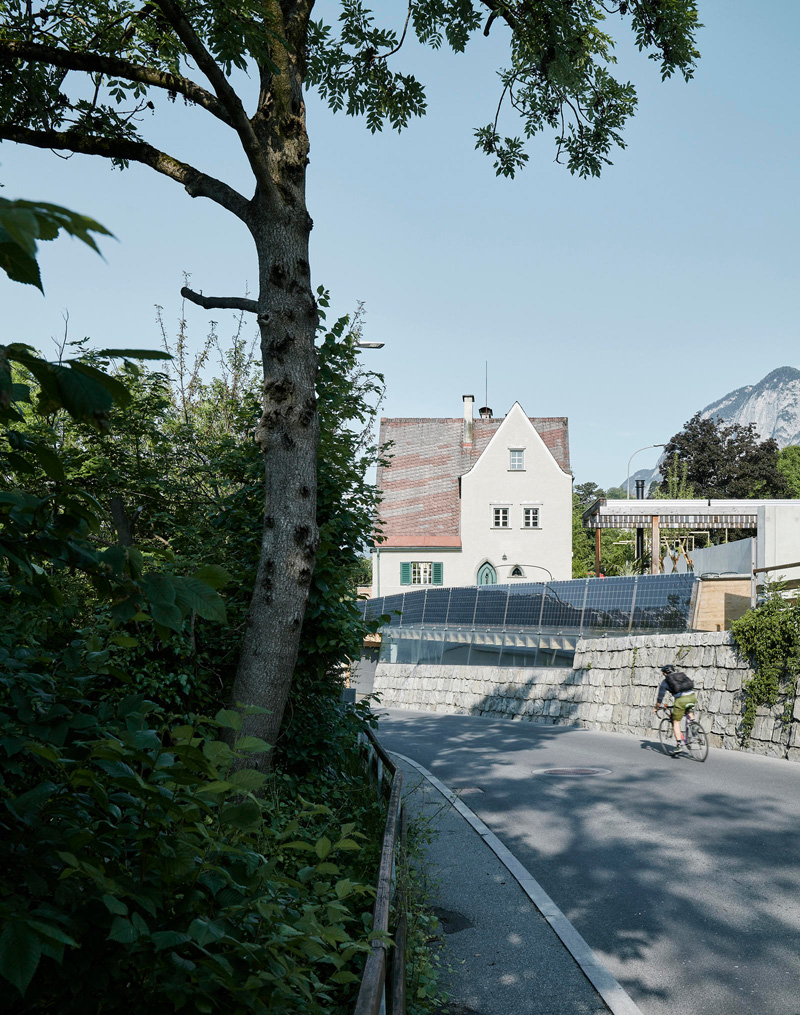 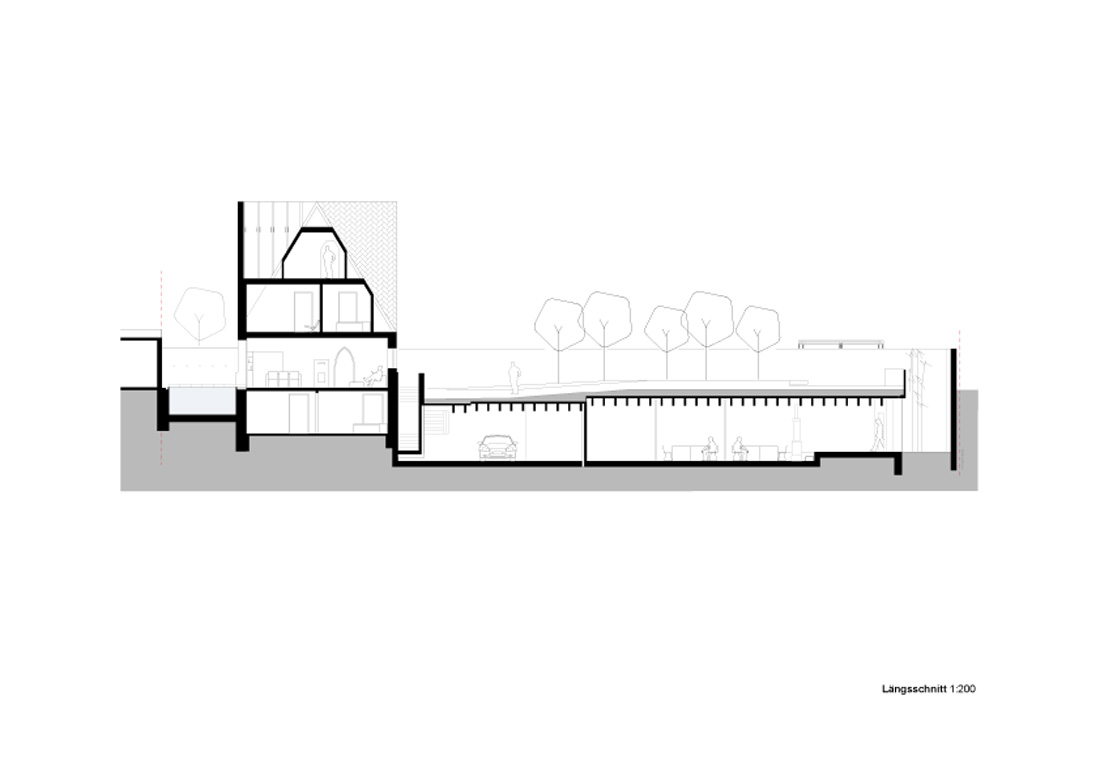 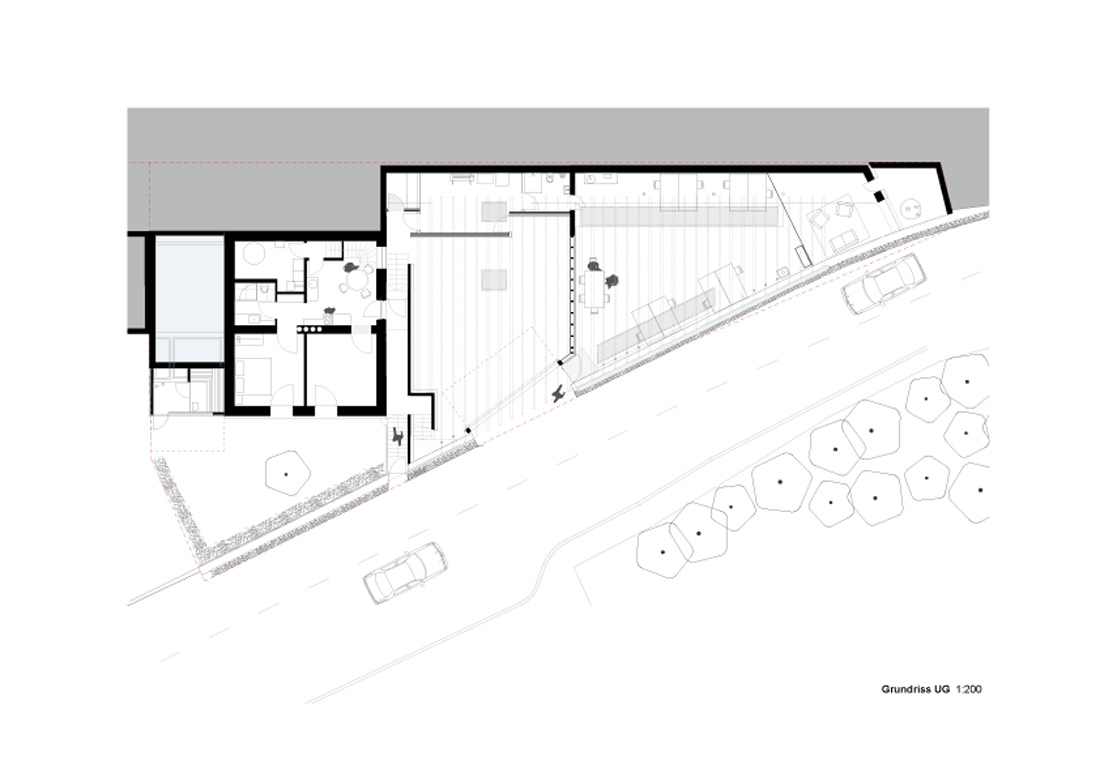 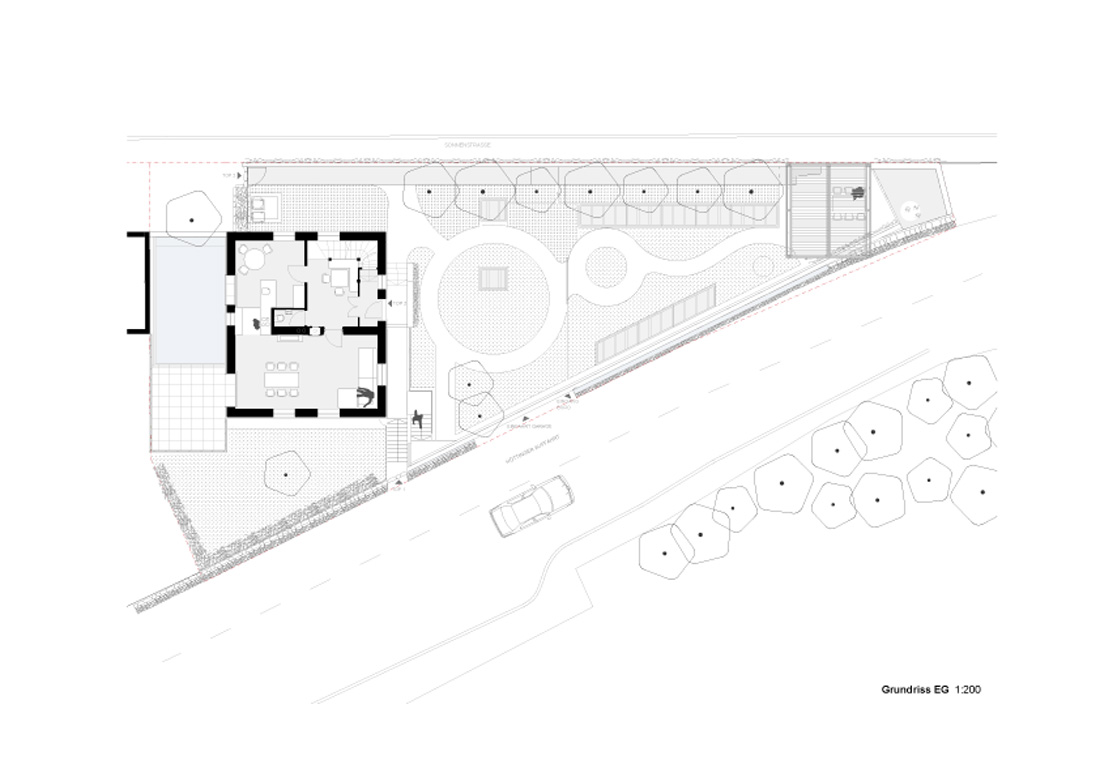 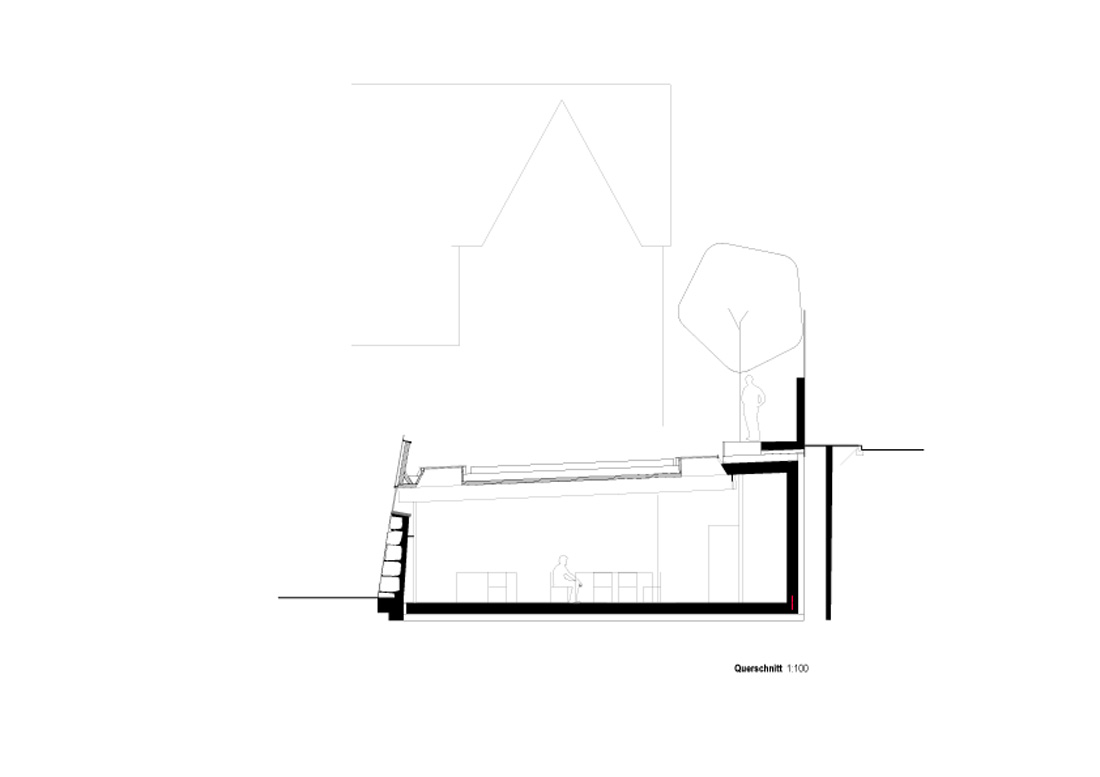 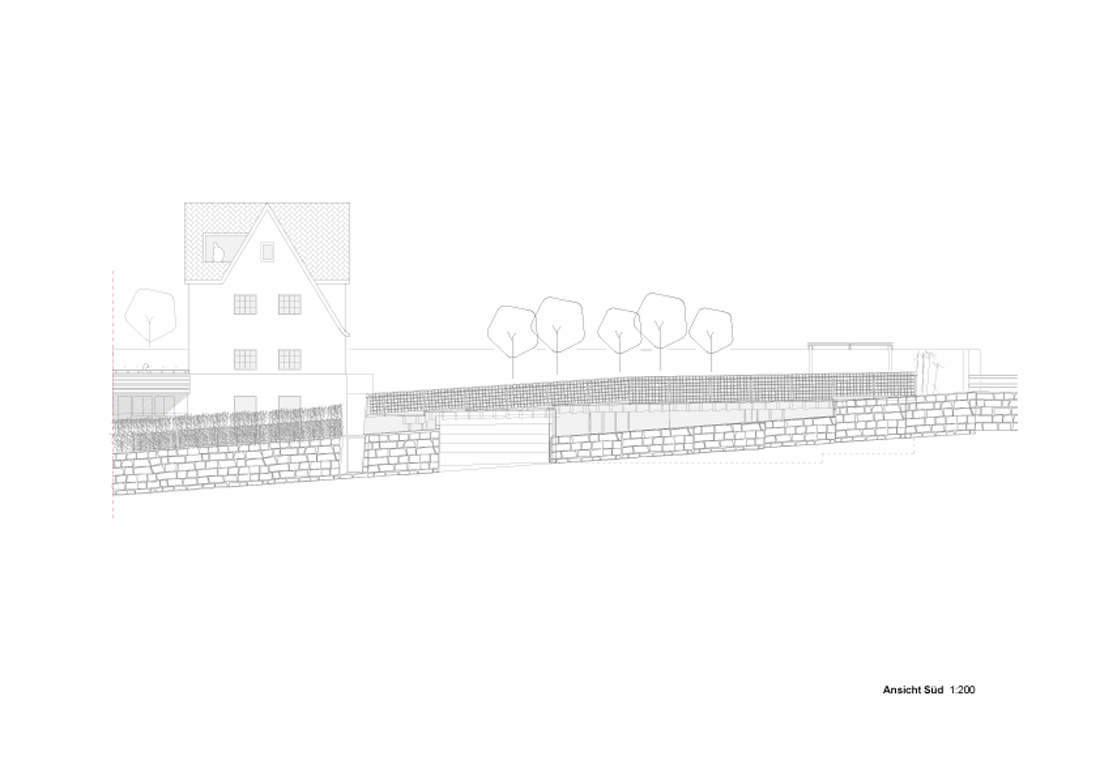