Redevelopment of an area in the historical centre of San Quirino. Several sort of interventions, from recovery to demolition and reconstruction, investigated the role of materials in the renovation of the historic urban core of small Italian towns. The reinterpretation of the use of traditional stone walls had to deal with their fragility, in a region considered a highly risky seismic area.

The main building of the complex (house1) has been restructured to create a single family residence, preserving some features of architectural significance: stone walls, an arched portico and a main façade in which the rugged nature of the materials was combined with an harmonious distribution of openings. The other building (house2) is the result of the demolition and reconstruction of a barn,
whose structure was in critical conditions, and the transformation into a coach-house.

What makes this project one-of-a-kind?
The overall project re-invented with a dose of irony the elements of construction, playing with the building tradition, with the role of materials and with the once established hierarchies. 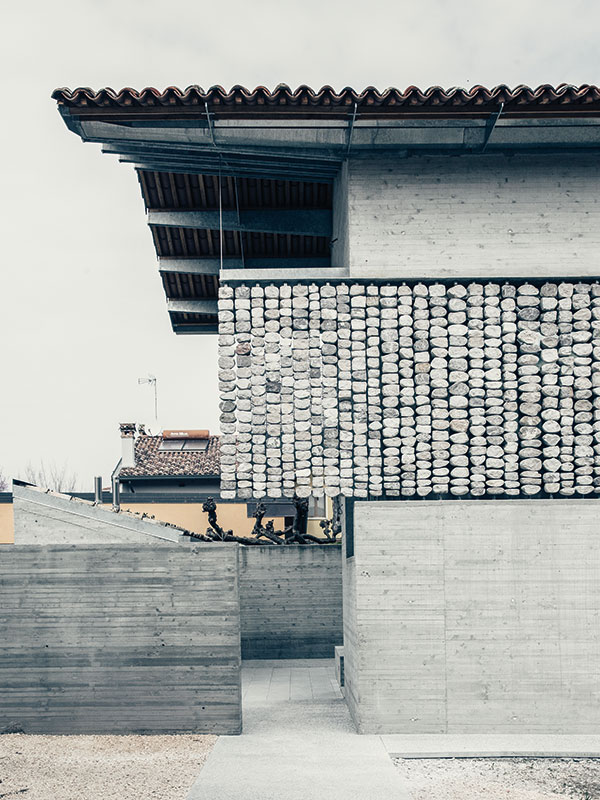 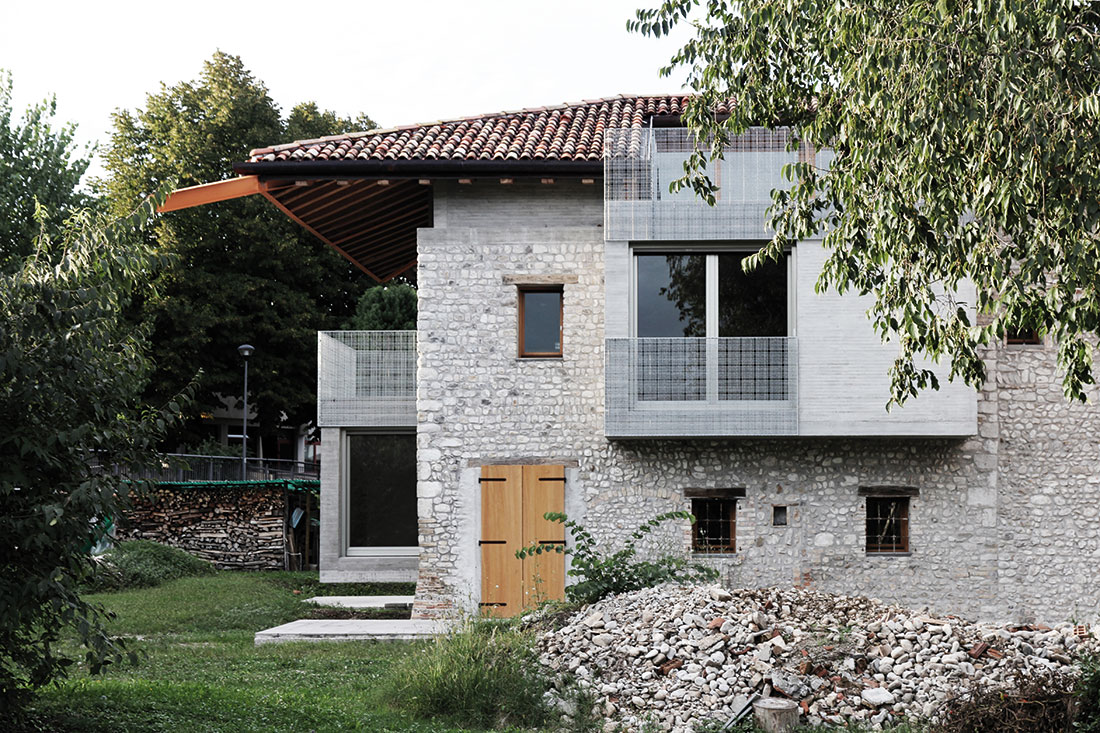 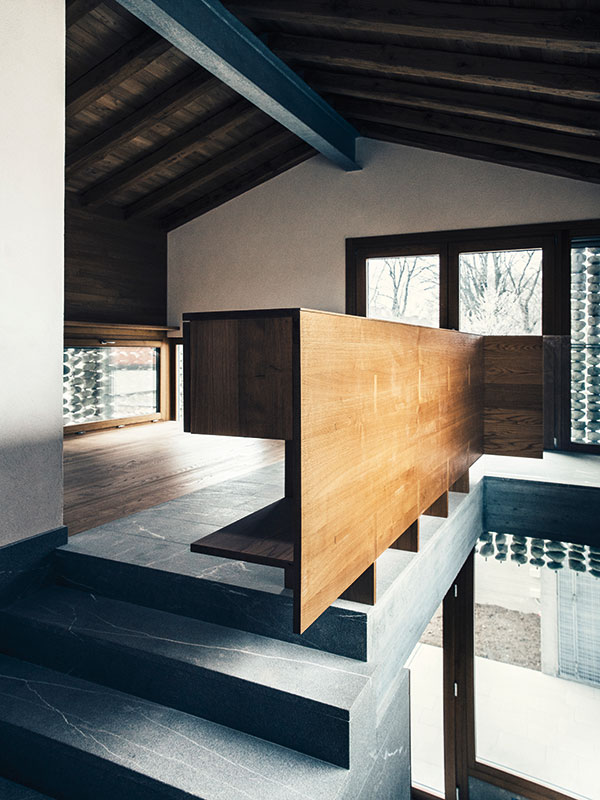 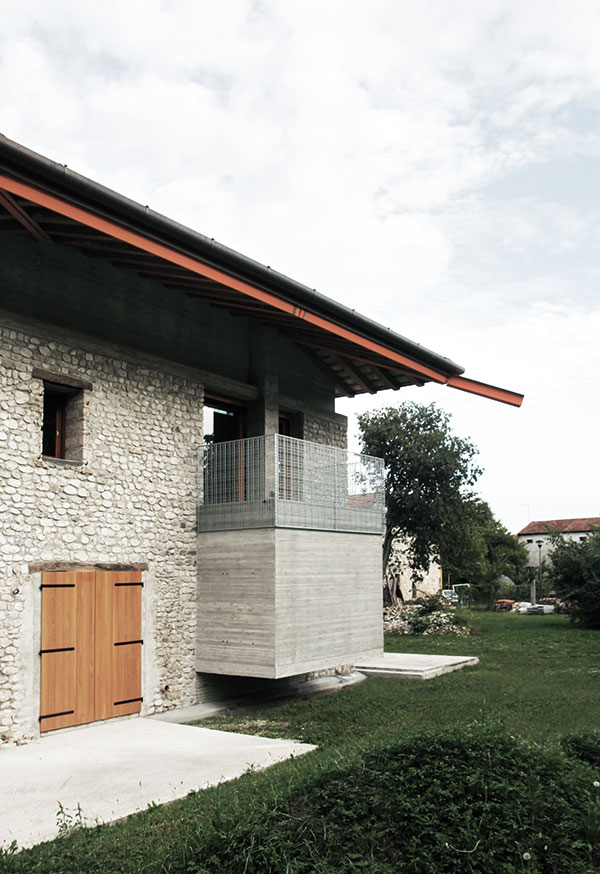 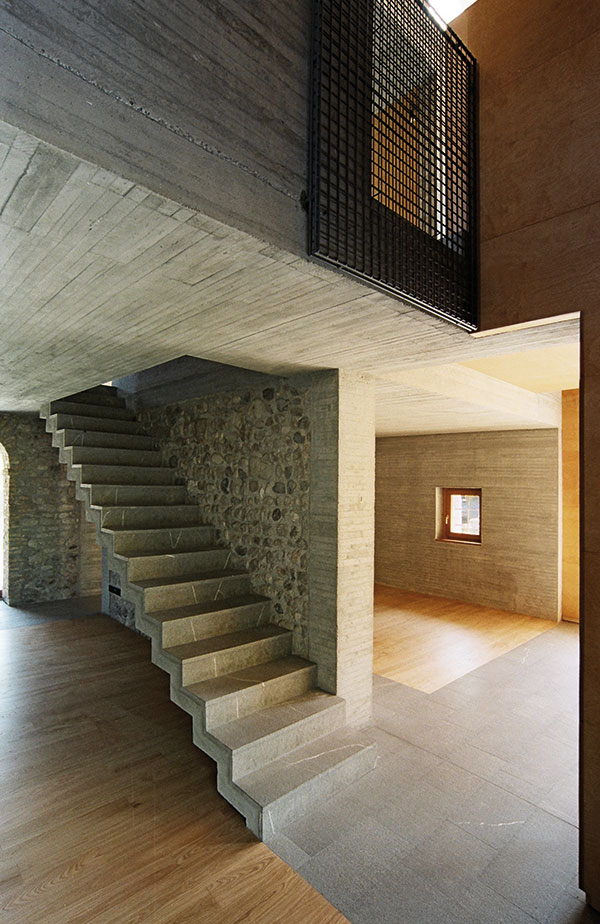 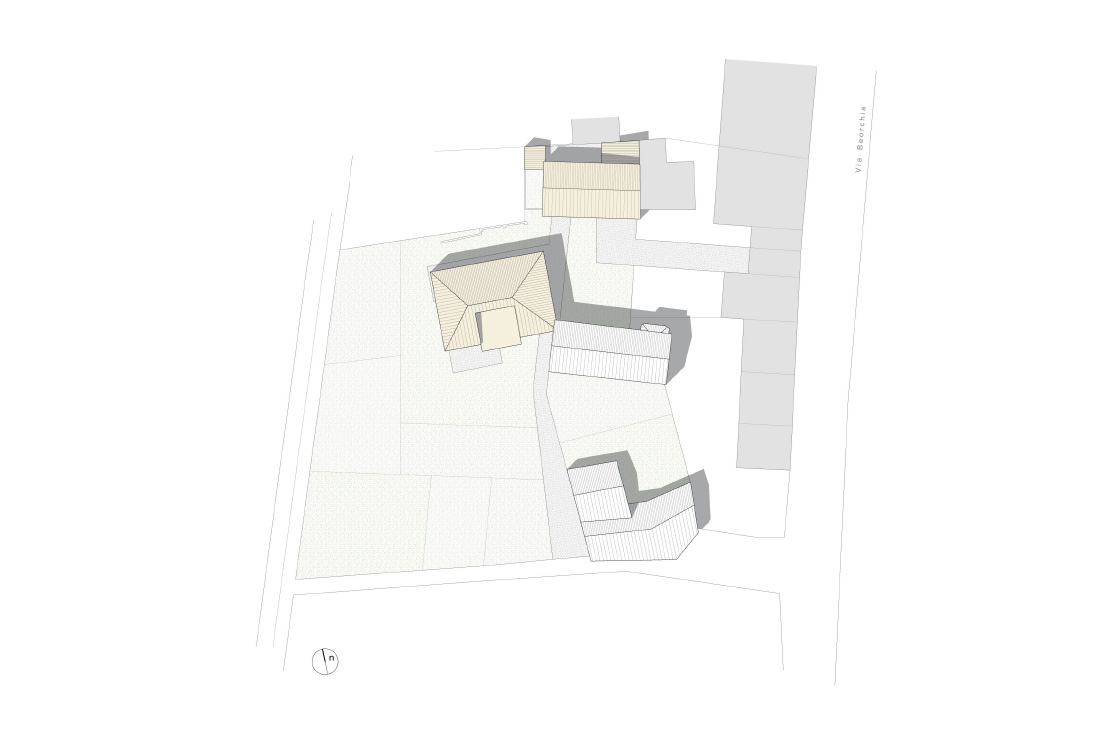 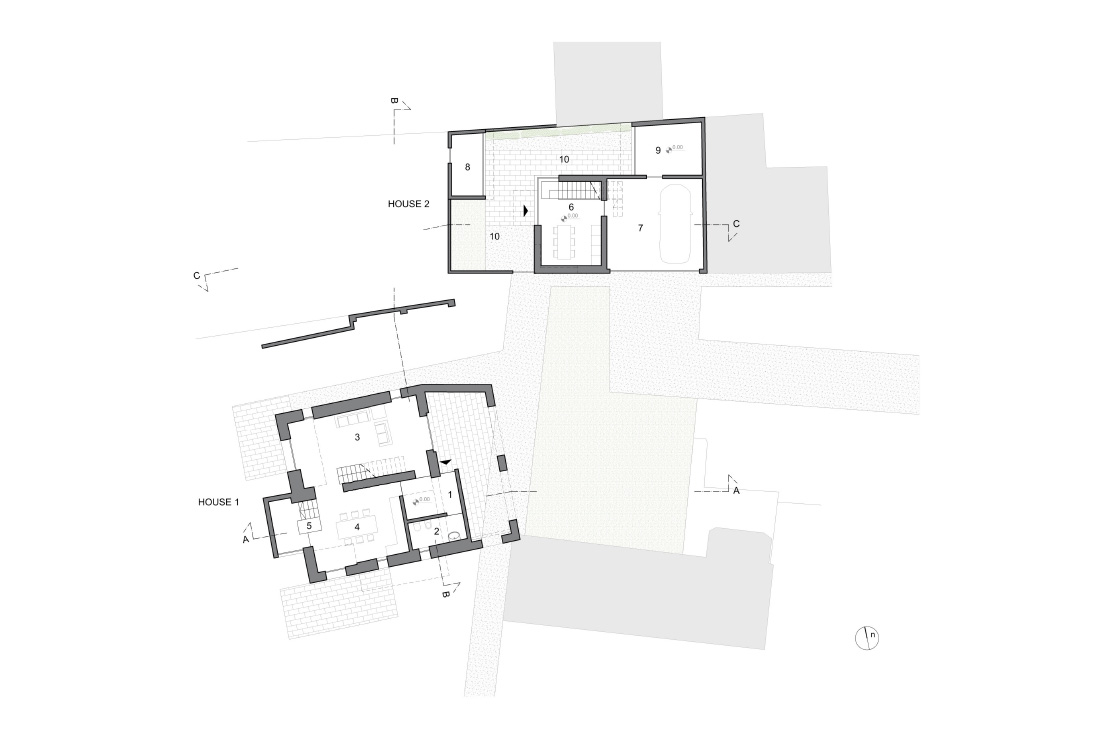