Slovenska street is firmly anchored in a Slovenian’s mental image as the central street of the capital city. For that reason, the transformation of its base traffic character affects more than just the city centre.

With the transformation, the transit corridor became one of the main public spaces of the capital. The absence of personal motor traffic allows for the expansion of programmes and the creation of a space with its own character. This allows for an optimized bus transportation service and still preserves the historical character of a thoroughfare fuelling the city centre.

The central part of Slovenska street becomes a pedestrian zone with generous sidewalks and a centre lane for public transportation. The extension of the sidewalk used by both pedestrians and cyclists along both sides and its uniform level with the roadway ties the space together visually. The new paving in concrete is treated with different surfaces – the central traffic lane in a monolithic concrete slab and the pedestrian and cyclist surfaces in a contemporary patterned cobblestone.

A key feature of this arrangement and the hallmark of Slovenska street is an intense avenue along its east side. The trees that have been chosen for this are manna ash (Fraxinus ornus), an indigenous Slovenian tree that grows naturally in the Karst region. Its white flowers blossom in May give off a strong fragrance, while in autumn the foliage turns pleasant hues of yellow and red.

The new avenue improves the overall quality of the space and simultaneously reshapes the image of the city. The complete arrangement ties the fragmented area together into a uniform space with a prominently green character. Slovenska street, therefore, obtains a unique identity – contemporary and distinct from the old city centre. 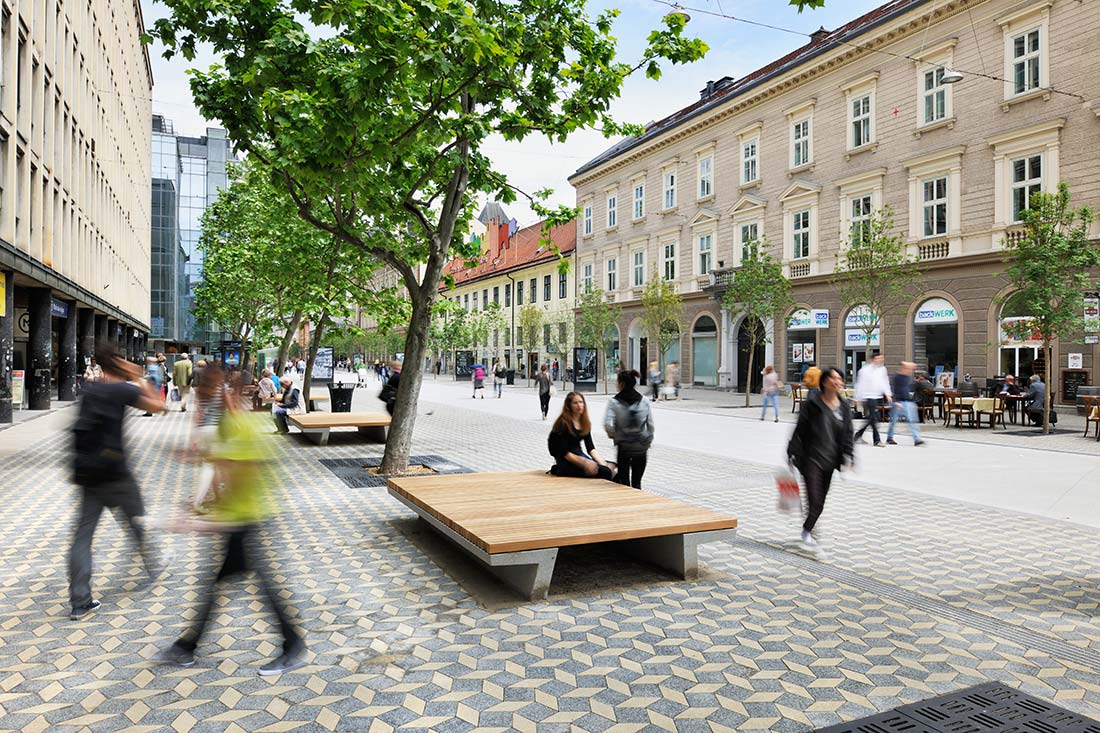 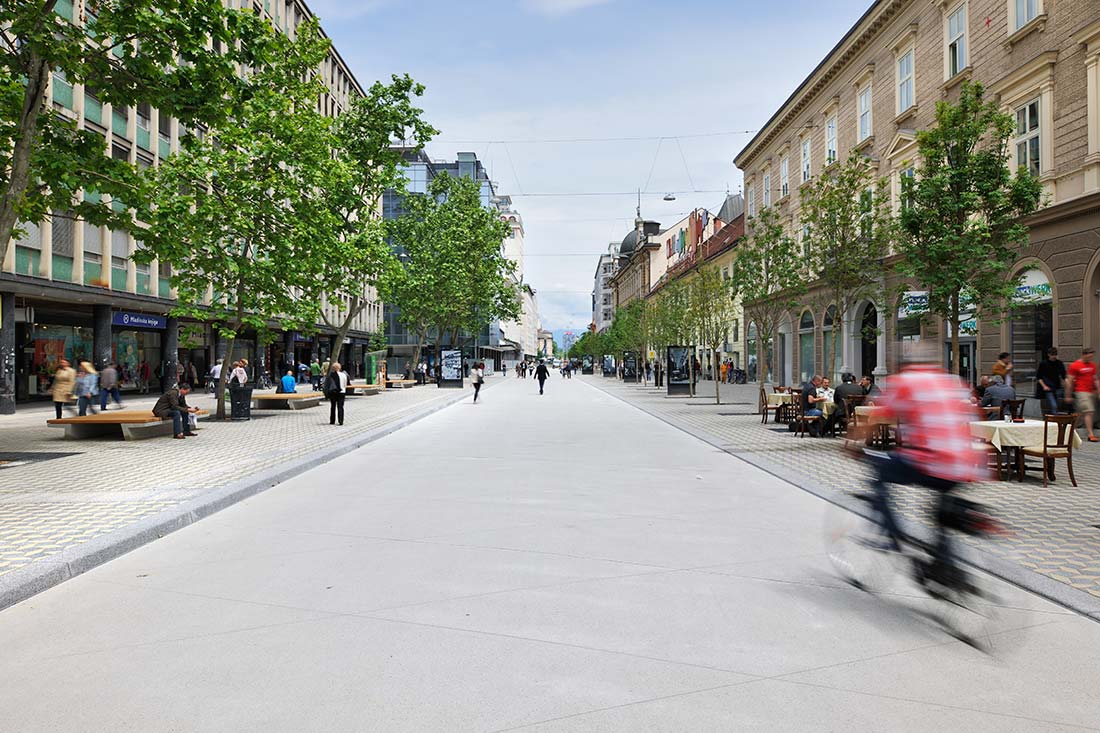 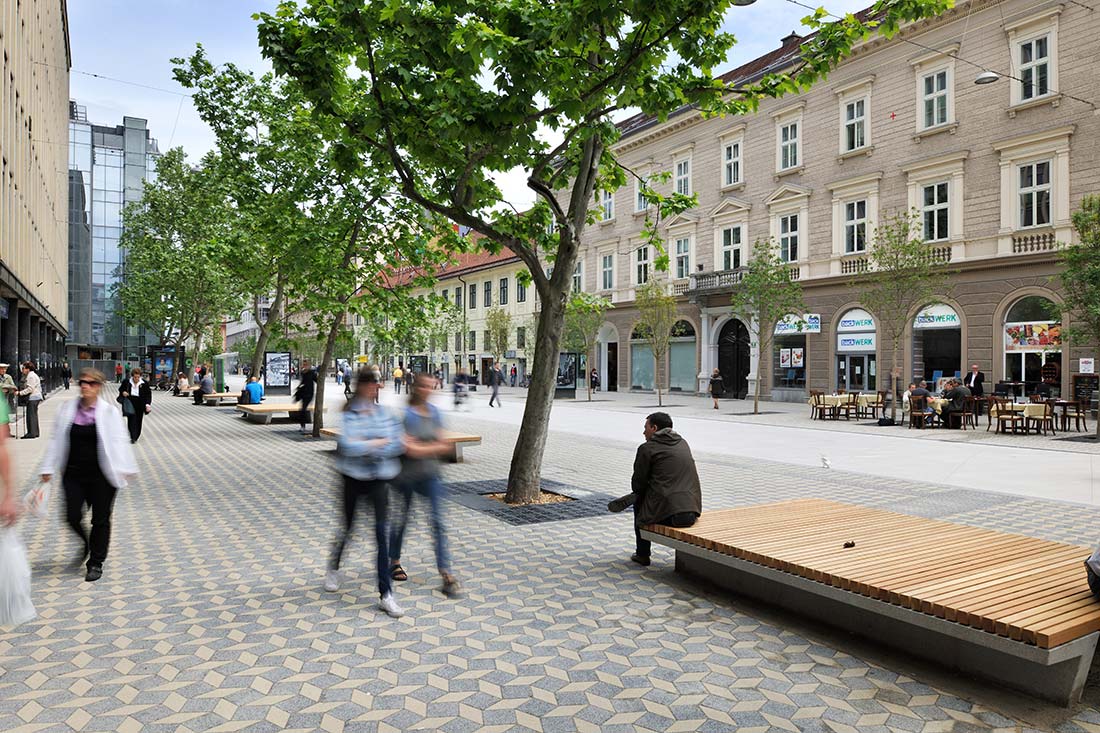 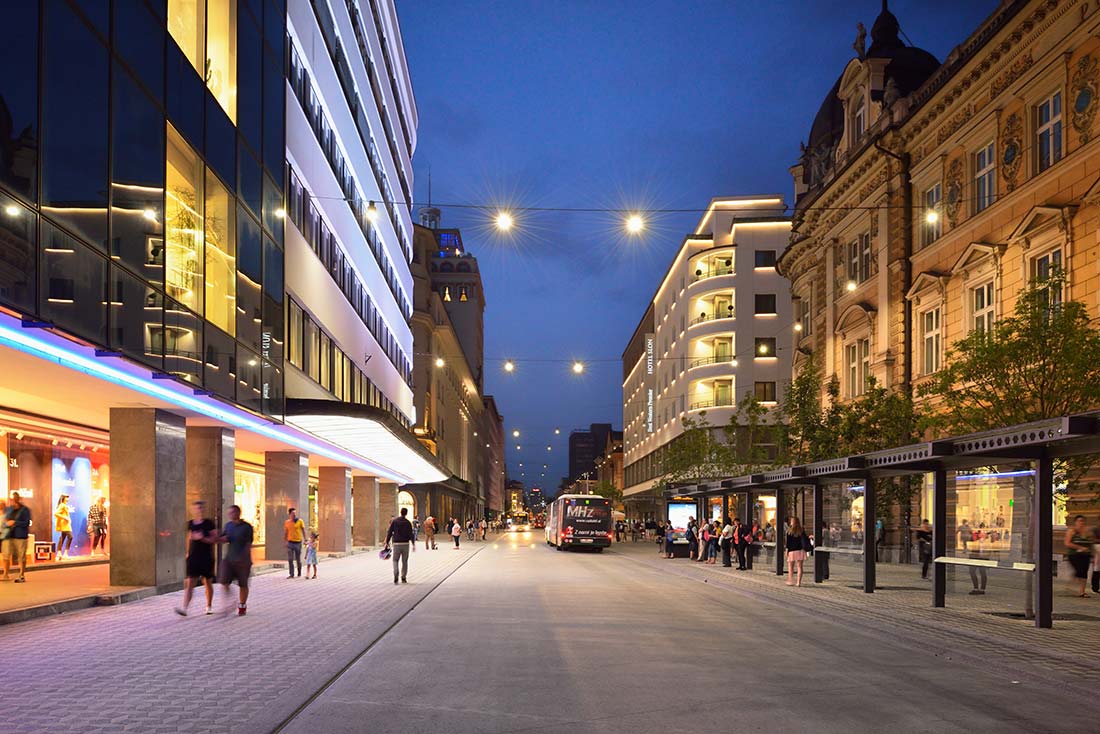 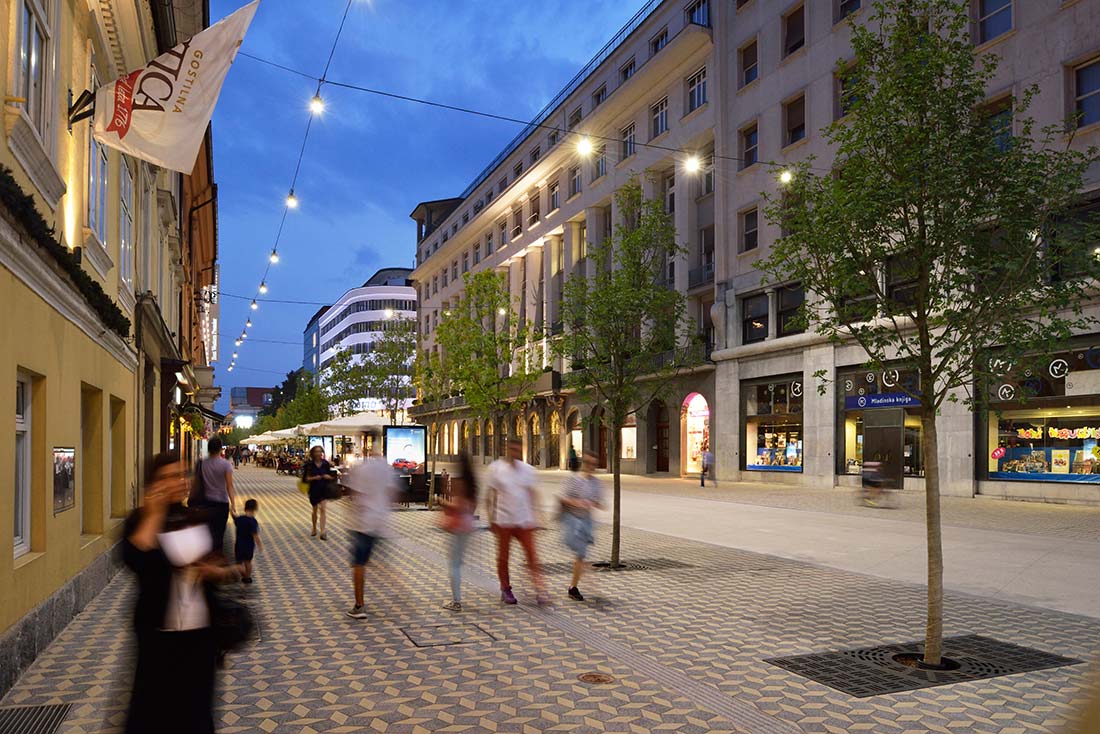