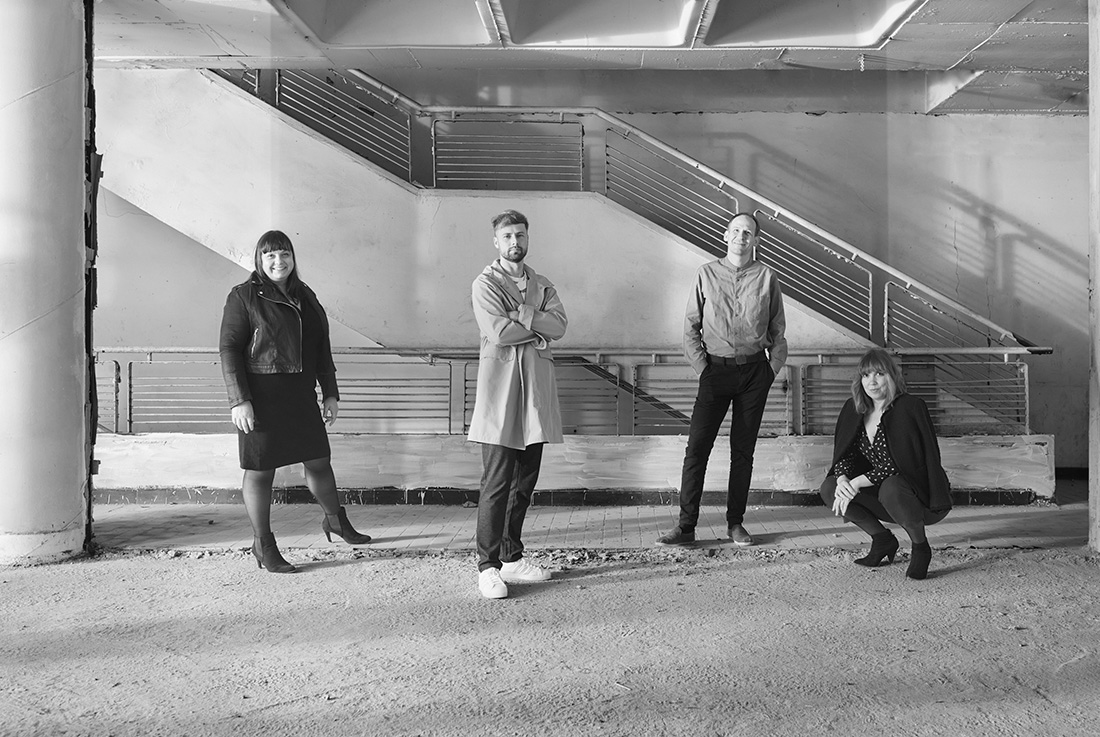 An interview with LAB5 architects, Hungary

What makes your winning project one of a kind?

Every detail and space of this office interior is characterized by maximalism and quality. The design is not only aesthetically appealing, but it also hides the whole of Budapest in its secret details, where the pride comes with it. In addition to follow the Activity Based Working trend, the concept has been tailored to the system and culture of the organization with the involvement of colleagues. Sanofi’s spirit and the quality of its work processes are supported by state-of-the-art technology beyond the diverse spaces. In addition to the provision of space and technology in the office, the preparation of Sanofi employees in the months leading to the move was facilitated by change management: we supported cultural transformation through consistent communication and workshops.
This implementation would make Sanofi worthy of the award even in an average year, but 2020 was not an average year: the construction of the office and the moving-in took place during the pandemic. Nevertheless, the office was handed over on time, and with the epidemiological regulations in mind, there was even an opening event: to ensure the right distance, staff were able to visit the new office in separate groups on different days as part of a brunch. Currently, only a small number of colleagues can be present in the office, but we hope that everyone will be able to meet at the new centre as soon as possible.

The building had to be inserted into a very interesting urban fabric. The closed block was broken at this point, so the block had to be closed at one time, but the distance between the buildings had to be kept as well. We had to deal a lot with the concept of the situation plan, which eventually required a modification of the local regulations. From the start of the project, we dealt with the layout of the plot and the building itself for about 5 years, with changing intensity of the work of course.
Another very interesting part of the project was that the Owner was a foreigner, and he paid less attention to this one of his plots. Thanks to the persistent determination of the Hungarian project manager and the work of LAB5, we were finally able to put a plan on the table that was of great value and also attracted the attention of the Owner in the end. There was no real Design Program, so we put together a planning with the project manager only. Of course, this also meant that we were able to design the building relatively freely and be able to represent our ideas throughout. The plan was ultimately so successful that when the project received the permissions and started to be sold out, the new (also foreign) Owner did not change anything about the design. Luckily the entire concept was fully realized.

What did you learn from this project?

It is outstandingly good to work with an employer who puts great emphasis on employee satisfaction and therefore brings up extra efforts in all means to build a more quality office. Based on employee feedback, Sanofi’s strategy has proven its worth. The lesson is that it is very important for global companies not only to want to meet international standards, but also to “personalize” the solution and try to meet local expectations, this way the project could be really successful.

Hegyalja
As there was no need to consult with the Investor about the design and the details, we developed the concept based on our own thoughts. Obviously, this gave a bigger role to the design ideas and less to the cost control, but we managed to create a project that was also financially very successful. We believe the added value in this case has also played a significant role. As architects, we decided on the dimensions of the apartments and common areas, the ceiling height, and many other parameters, and we tried to create comfortable liveable spaces everywhere. It’s a good feeling when we see that our decisions have resulted in a well-functioning building, and it has encouraged us to take on the weight of our decisions next time.

What are you working on at the moment?
Several architectural, urbanistic, and interior design projects run in parallel in the office. By the renovation of the former Almássy tér Leisure Centre, the brutalist building will be refurbished as a member of an international hotel chain with the participation of Almássy Invest and SABDC. We are working on the interior design of Richter Gedeon Pharmacy Industries’ new headquarters, where ZDA-Zoboki Architects is the general architect. At the same time, the construction of several of our larger buildings is nearing completion, including the construction of a residential building in the Jewish Quarter, a huge entire block in the Corvin Quarter, where our one is the final building of the promenade, and another bigger living estate with sculptural volumes to be handed over soon at Kelenföld.
We are working as an interior designer on the interior renovation of the Museum of Applied Arts, where the Vikár and Lukács Architect Studio is leading the project. On the interior design of RTL’s new office building at the former MÉMOSZ headquarters (a protected modern heritage of the built fifties) with the Tiba Architect Studio. We have won a competition for the green heart of Mátészalka, a small town in the East of Hungary, where we redesign the city centre with Garten Studio (landscaping) and Bokút (road engineering).

What is your driving force?
Value Creation.
Discovering roads where no one has been before us. To provide a clear solution for complex issues that spans over co-engineering disciplines and beyond other branches of art. In our everyday life to spend our time in a good atmosphere in the office, with creative teamwork, with satisfied customers, on exciting design programs.

Any ideas you think should be front and centre in the minds of architects?
Eco-friendly solutions, valuing the responsibility before the construction, from the carbon footprint to the vision of the future world. Respecting and recycling existing values.