Restoration of the “Casino di Bersaglio” in Campitello

Since 15th. century the strong presence of the “casini di bersaglio” (historic shooting ranges) as well as target-practice activity, permeates the historical Tirol area in North Italy. Besides the compulsory military service and the definition of regulations for military enrollment, the steady updates and the practice-exercise on the use of firearms achieved a fundamental role. To accomplish that it was set up a network of shooting ranges, constructed by small structures, spread out uniformly all over the Tirolo’s territories. The “casino di bersaglio” of the Comune of Campitello di Fassa was erected in 1905, descriveble as a simple square plan construction, built from plastered stonework and completed with a pitched roof. The building passed through various destinations, originally as the centre of the association of local shooters, then it became a dwelling, so the storage of the municipality. Nevertheless, it maintained the essential components, the absence of an appropriate maintainance led to a degradation of many components.
The restoration seeks to revitalize the building for an exhibition space, that displays the witness of the imminent political-social role played by these “casini di bersaglio”, since the number of intact construction is limited compared to the original extensive diffusion in the historic area of Tirolo. The modus operandi pursued the preservation and restoration of all the authentic intact components, and the subtitution of the damaged and non-recoverable elements. Particularly the exterior and interior plasters were restored, bringing back the initial plaster; the roofing slate was refurbished with pre-oxidised copper; it was introduced a new front door in corten, characterized by a both internally and externally protruding intrados, designed as a sign with a welcoming role; lastly in proximity of the shooting position, three window frames in corten were inserted, able to create a scope effect focusing on the landscape and the position of the targets. 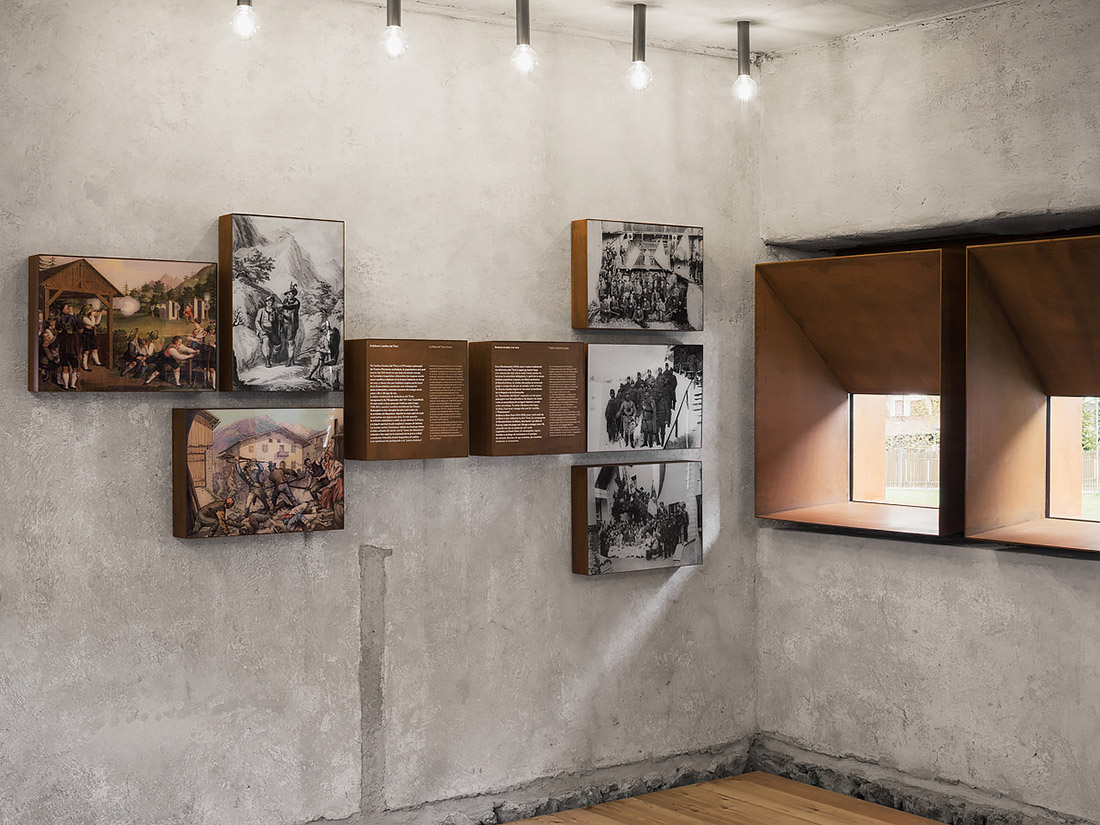 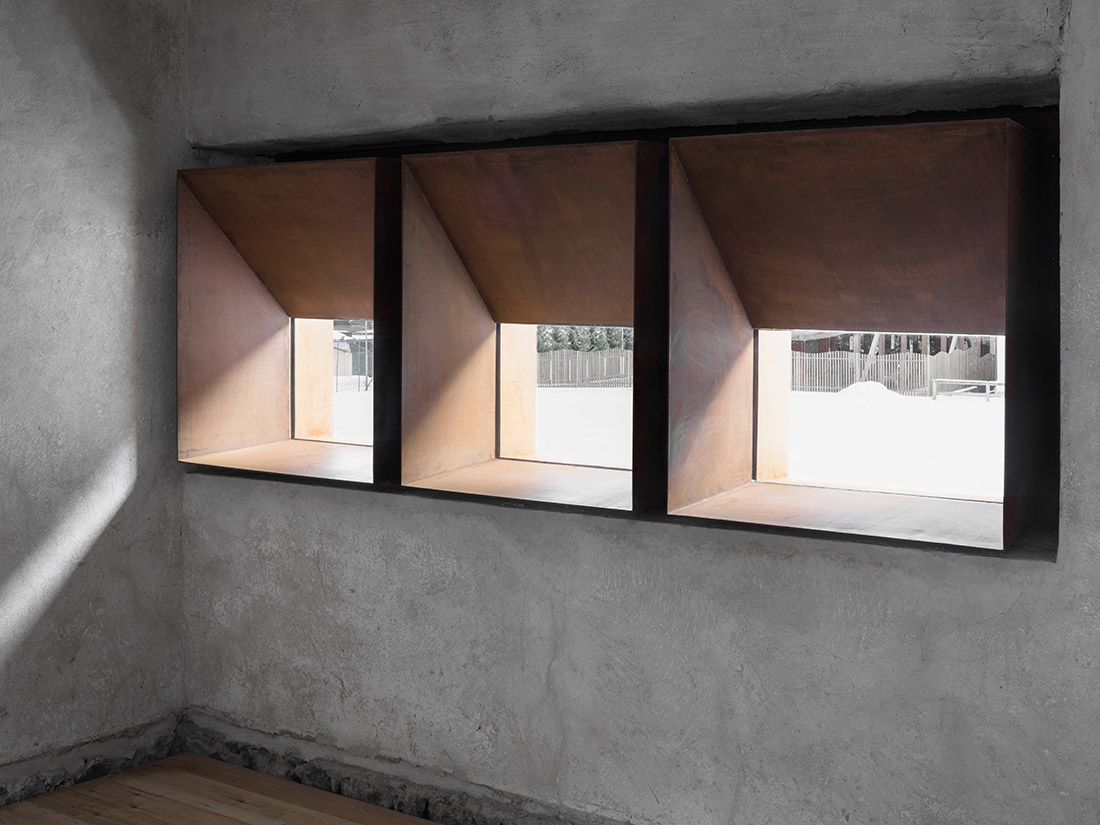 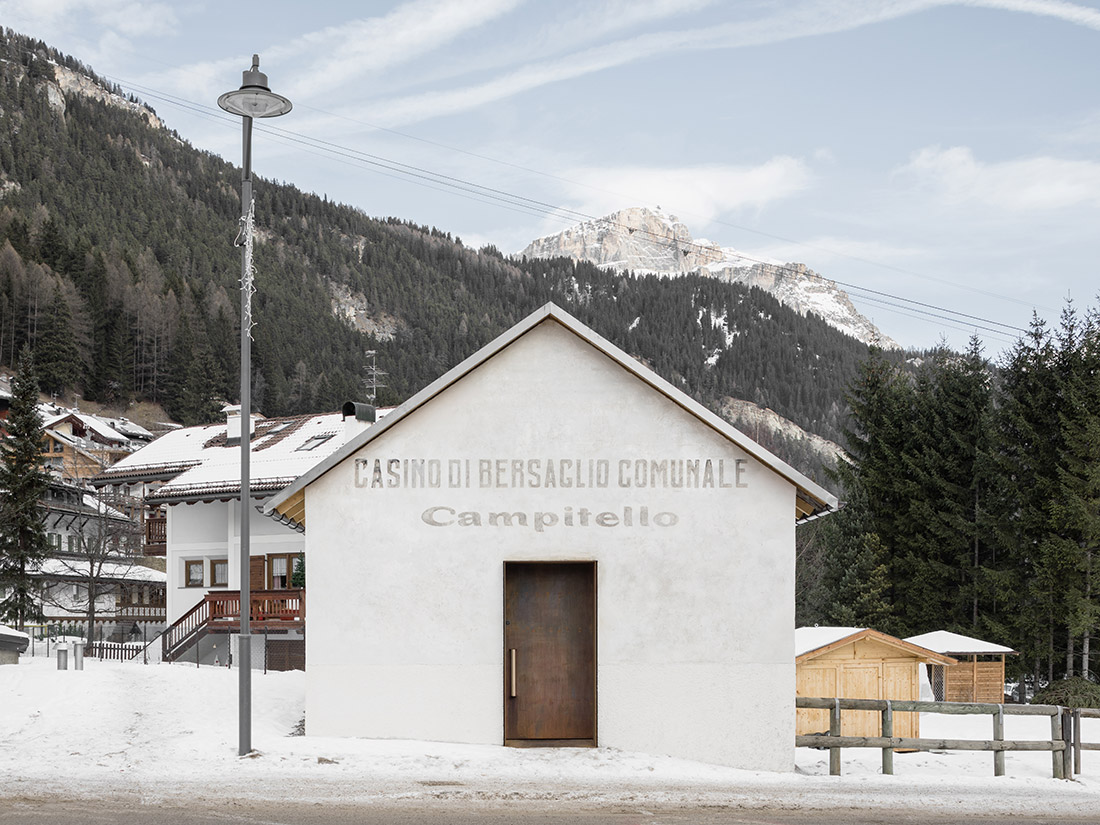 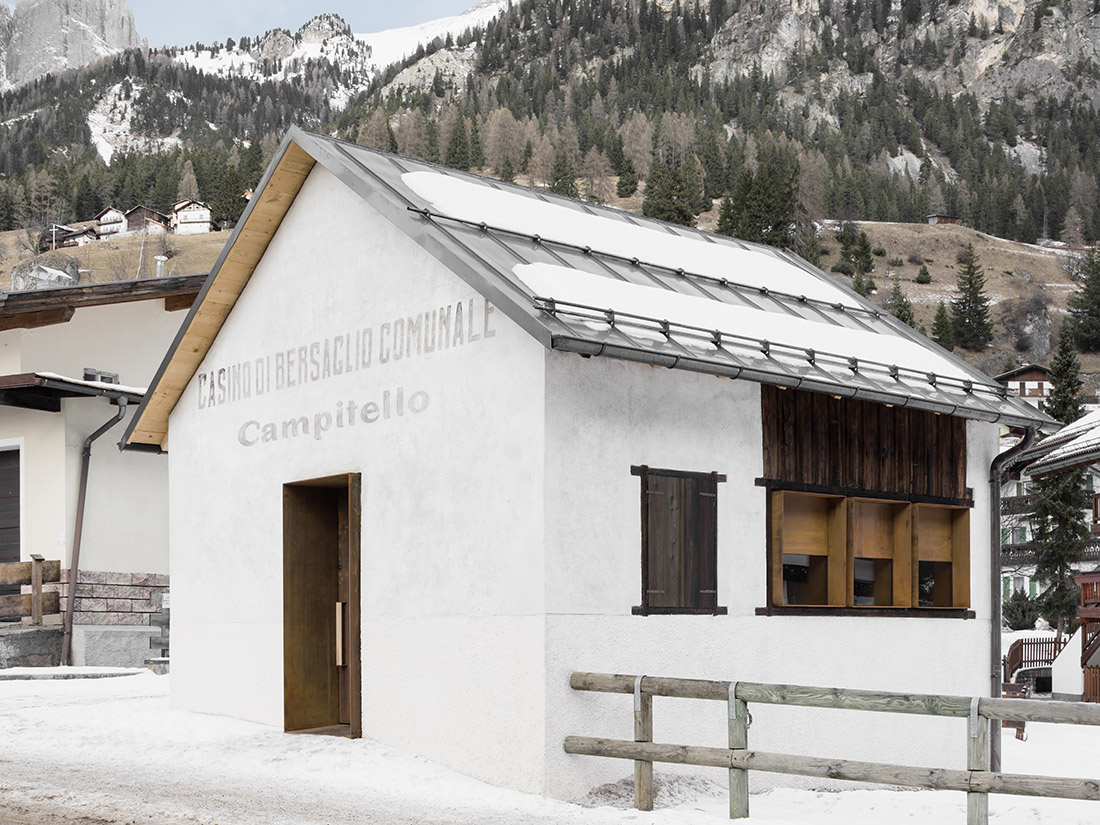 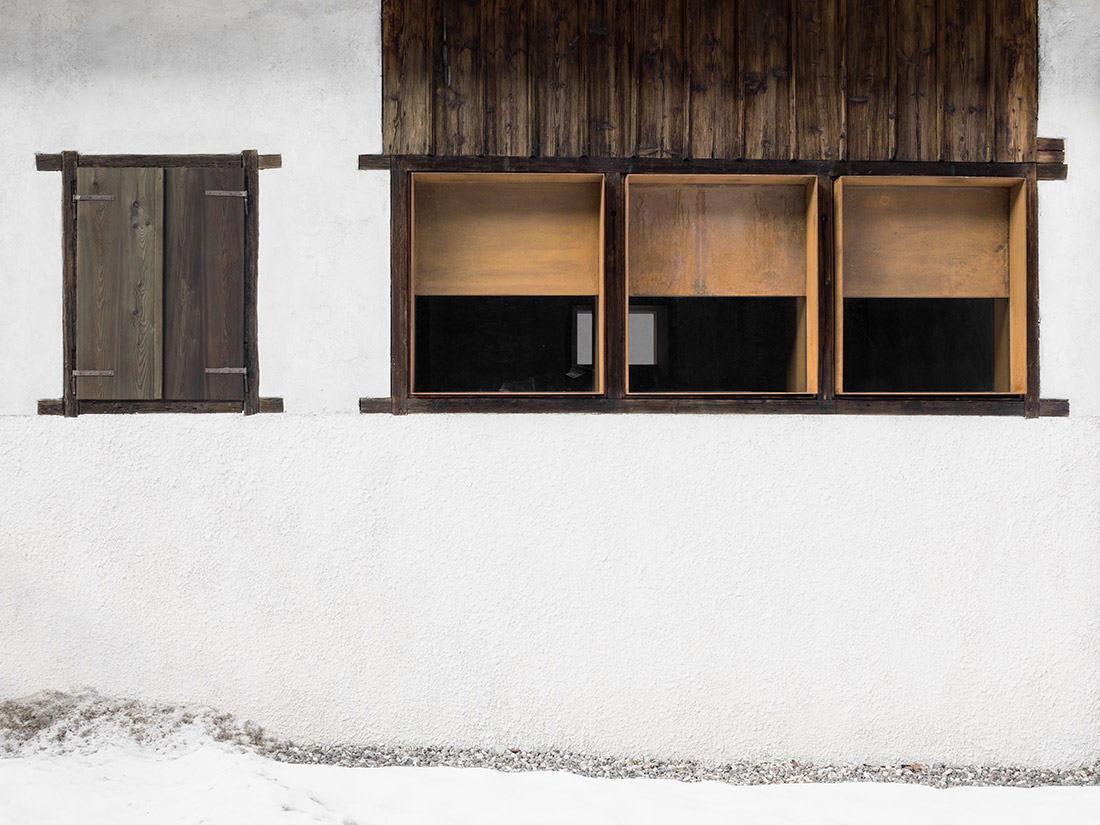 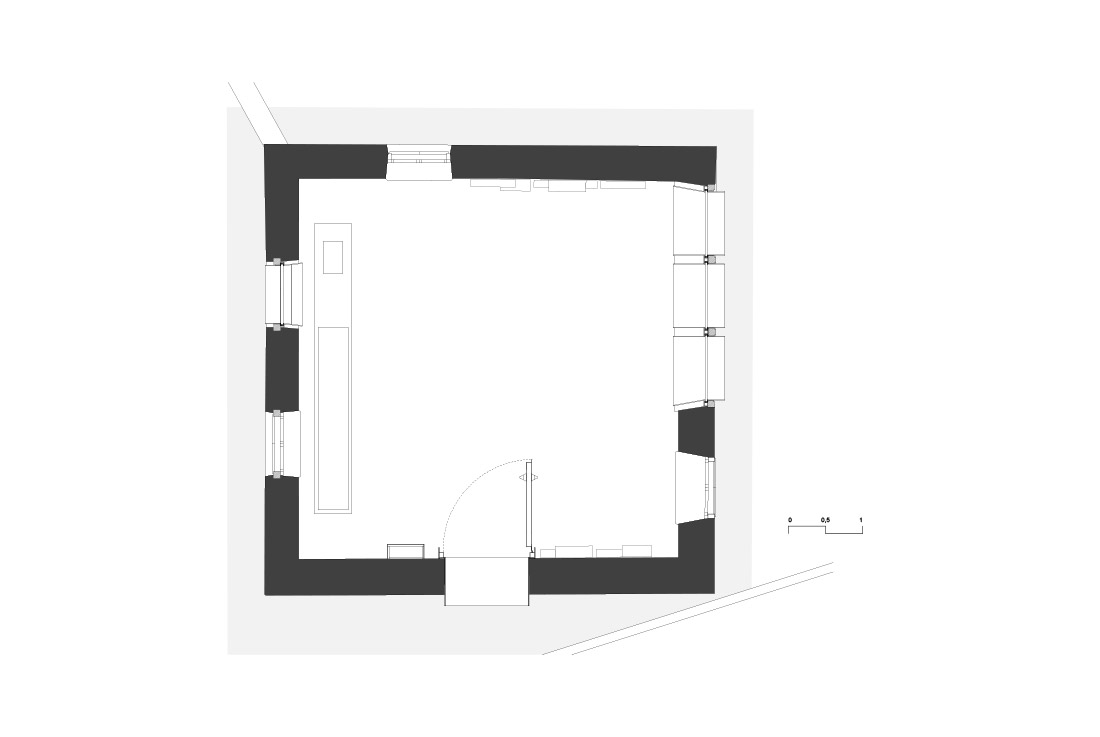 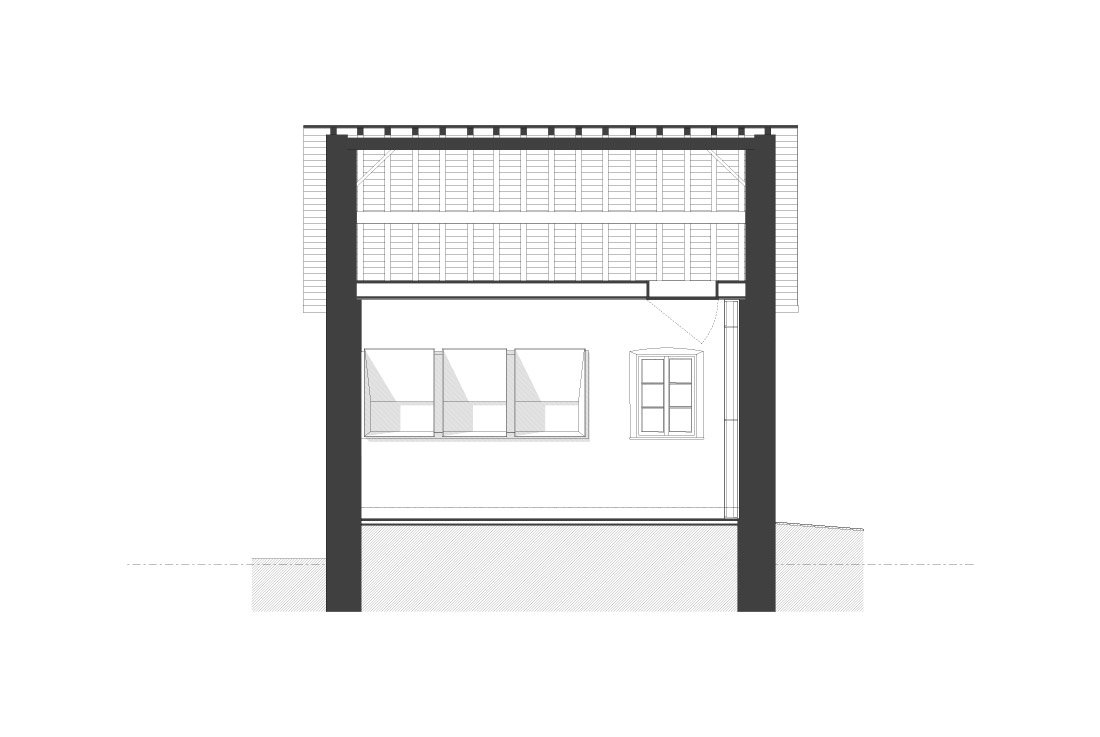 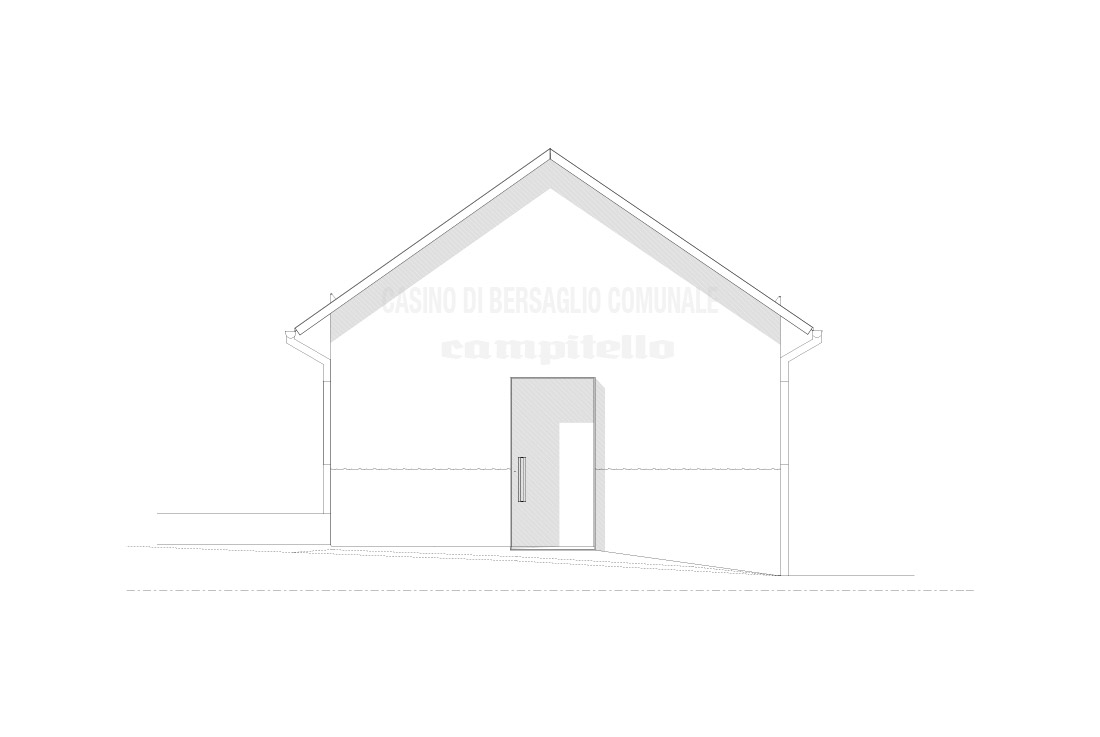