The plaza extends for a 9000mq surface within the historical fortressed city of Peschiera del Garda, such Venetian walls were recently recognized for their historical significance and inserted into the UNESCO world heritage list. The plaza, characterized by the presence of a military heritage of exceptional value, is the largest open space within the city’s walls and was used for the training of military troops, for this reason it’s named “Piazza d’Armi”.
The response to the functional program requirements of distinguishing a clear environment intended for parking spaces and an environment closely connected to the residential tissue of the historical city center was resolved through the introduction of a subtle stone edge that retraces the ancient trajectory of the 1614 dock. This line defined by trachite zovonite stone varies along its progression; from horizontal markings on the ground it rises to form seating, it bends to allows passing, it continues to creating railings and returns indefinitely to fuse with the paving.

We think that the greatest quality of the project is to enhance the signs that have characterized the history of the square, respecting its buildings and its monuments, through a contemporary approach. 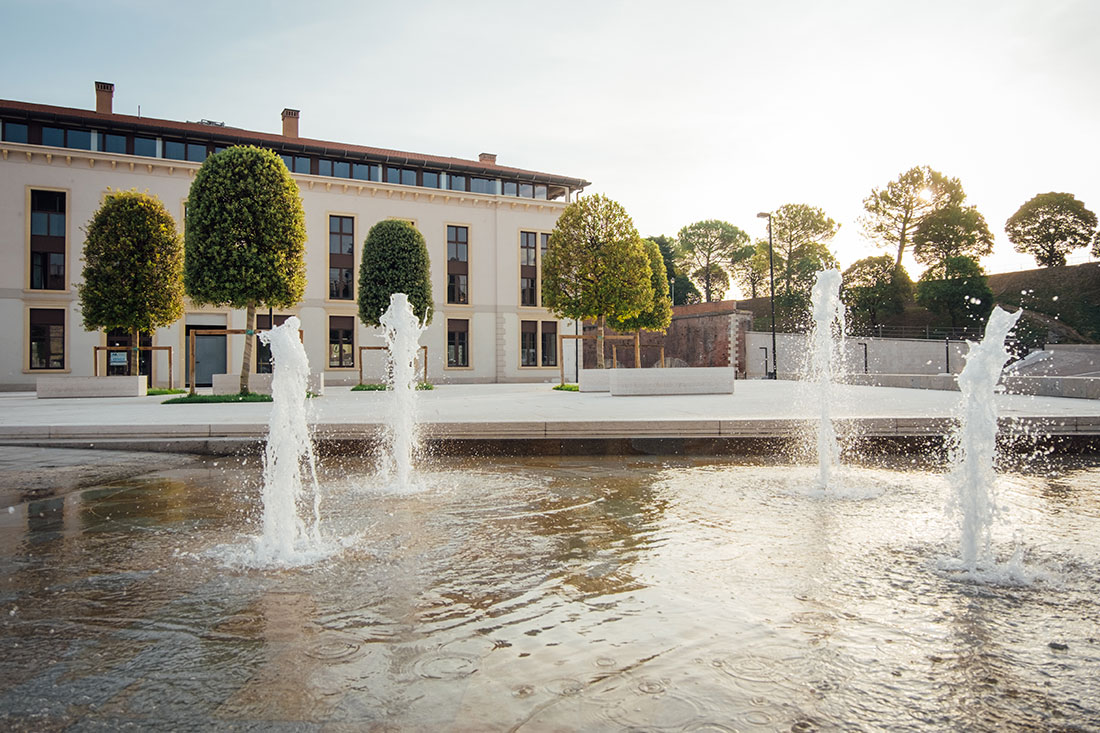 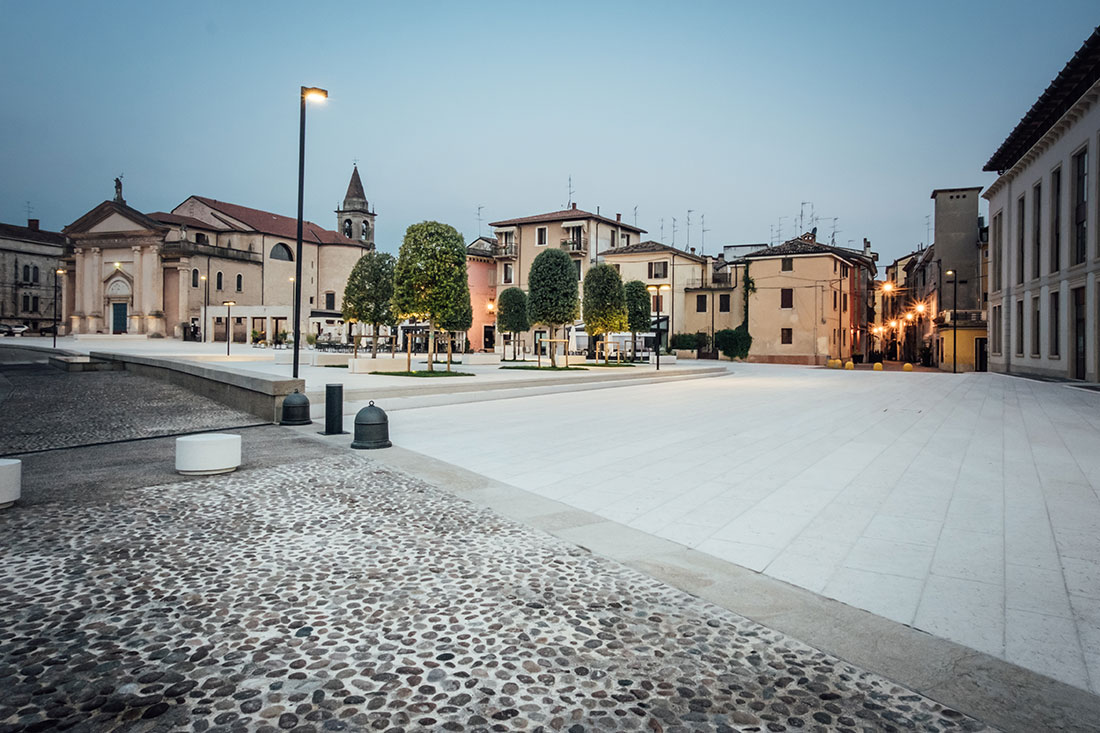 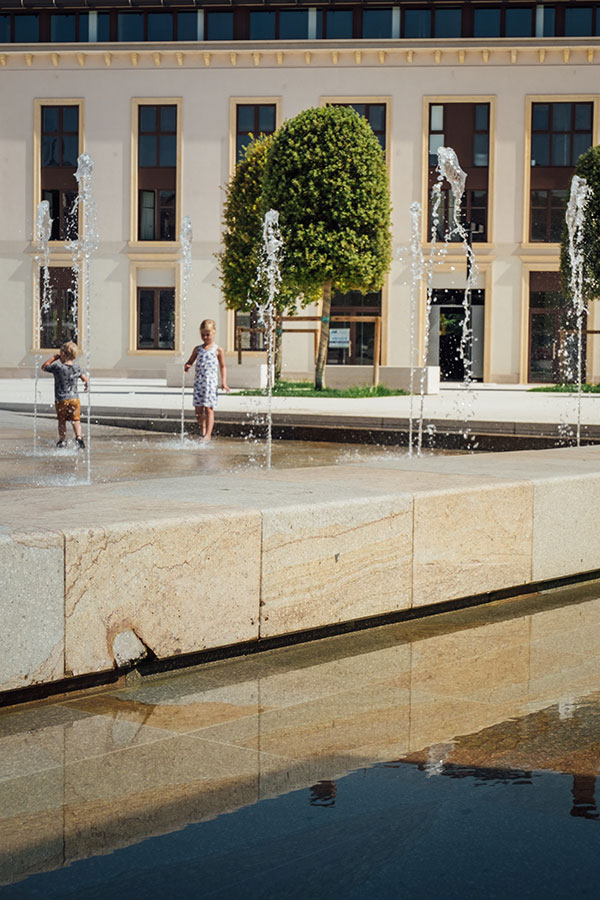 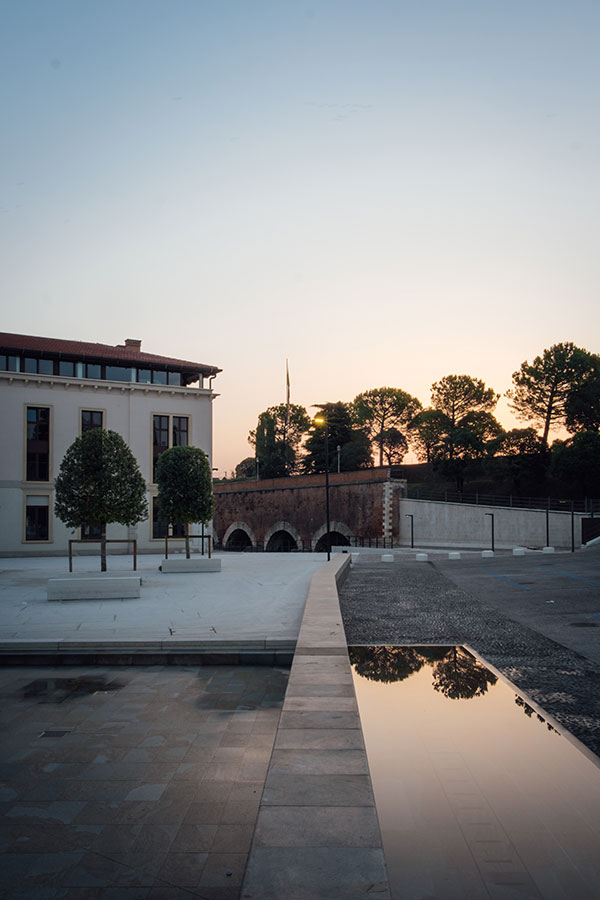 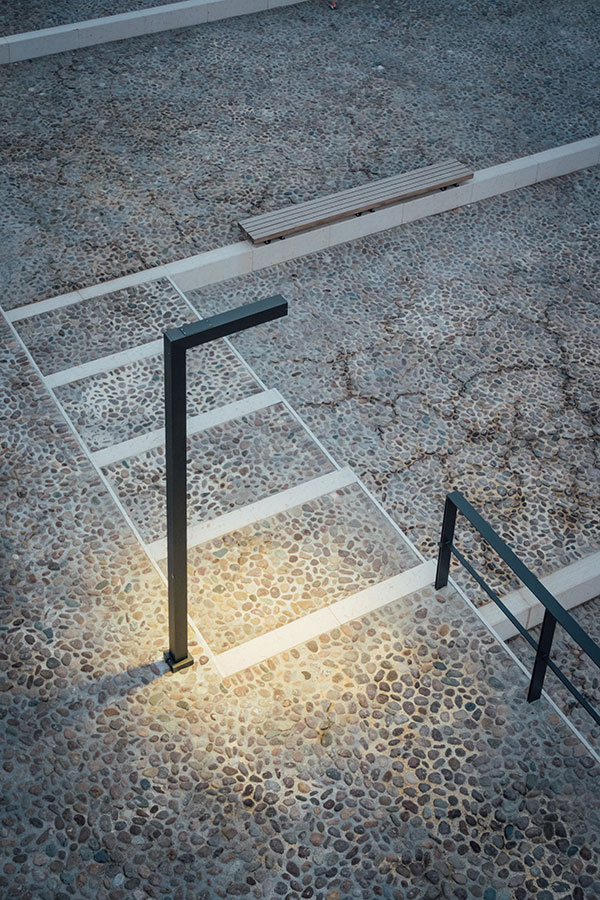 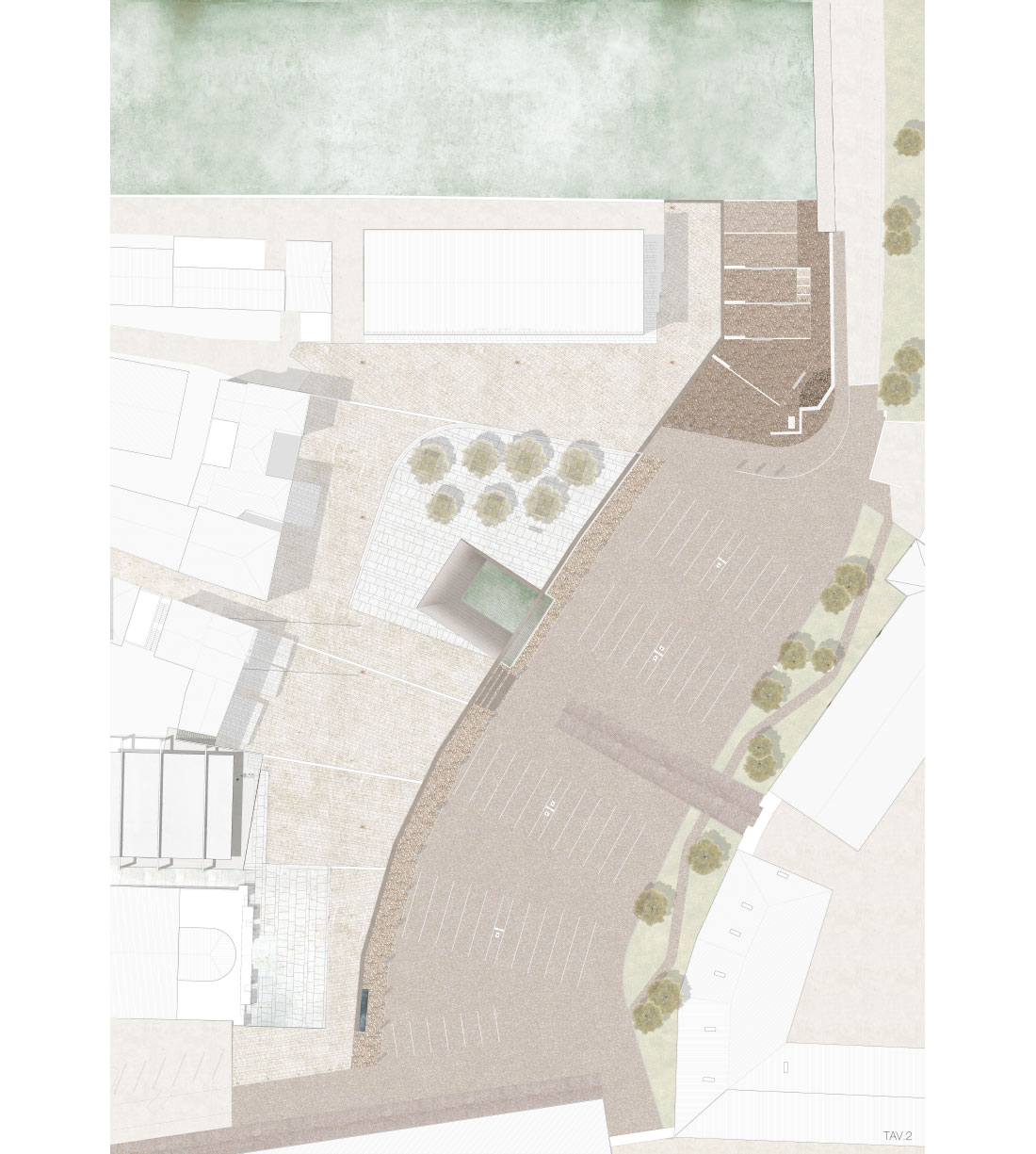