Platforma Wolff is Bucharest’s newest nightlife establishment. It’s a DJ Bar, which blends both the concept of a club and a bar dedicated to music. The project has been very challenging since the building itself dates back to the late 19th century. It’s an old disused factory that has been brought to life for this project. The intervention was minimal both on the exterior as well as on the interior, so it wouldn’t compromise any of the architecture of the building. The idea of the interior design was to reflect the industrial heritage of the building, but also make it sharp and appealing to young people, by steering away from the austere look of a factory. The interior design merges with the existing architecture and structure, formed by old brick walls and steel beams. None of the new elements interfere with the old ones. The use of colours and plants adds to the overall playful indentity of the bar and creates a brand new atmosphere. The neutral hue of the microcement floor and grey plaster walls allow the original architectural elements, such as the arched ceilling to stand out. The lightning was carefully approached, in order to mantain a sense of coziness and warmth in an otherwise cold industrial space. The whole ambiance encourages socializing, but also provides intimacy. The club is divided into three parts. The bar area, the dancefloor area and the restrooms area. As you enter the place, the bar area is the first space you encounter, which is nevertheless the main attraction. The red marble and the LED strips placed behind the stainless steel shelves on the wall are an instant eye-catcher. The stainless steel counter top of the bar adds to the unique experience of the end user. The two mirrors on the wall next to the bar bring depth to the space. The colours used throughout the interior design (orange, green, grey), are all colours that you can find in the historical context of the building. The dancefloor area is a few steps below the bar area and feels like an entire separate room, with its own unique sensory experience. Sound treatment has been used for the concrete ceilling and two large RGB controlled LED tubes were hanged from the concrete beams for an enhancive club experience. The indoor space is coherent with the environment and the outdoor area. Large windows overlooking the courtyard create a connection between the interior and the exterior. The restrooms area is itself another one of a kind space. Black curtains have been used to segragate the area, providing an element of mistery. The white tiles covering the walls don’t feel disruptive, but harmonize with the overall look of the club. By carefully approaching the industrial heritage of the buliding, this project blends the new and the old through a simple and unitary concept.

What makes this project one-of-a-kind?
The concept of the interior design was to reflect the industrial heritage of the building, but also make it sharp and appealing to young people, by steering away from the austere look of a factory. The biggest challenge was identifying the qualities of the industrial space and its potential for transformation, with the aim of highlighting the original architecture through modern approach. The uniqueness of the space we created comes from its sensory experience and the sensitive blend of old and new. 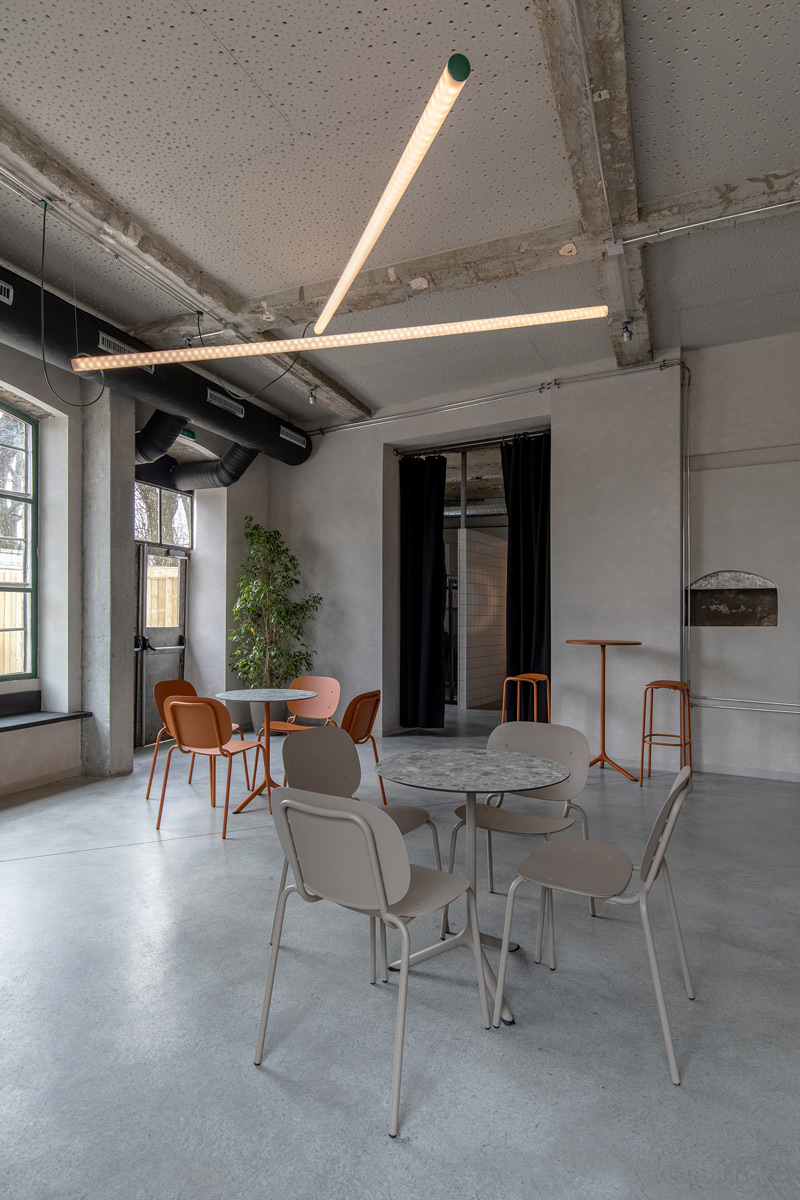 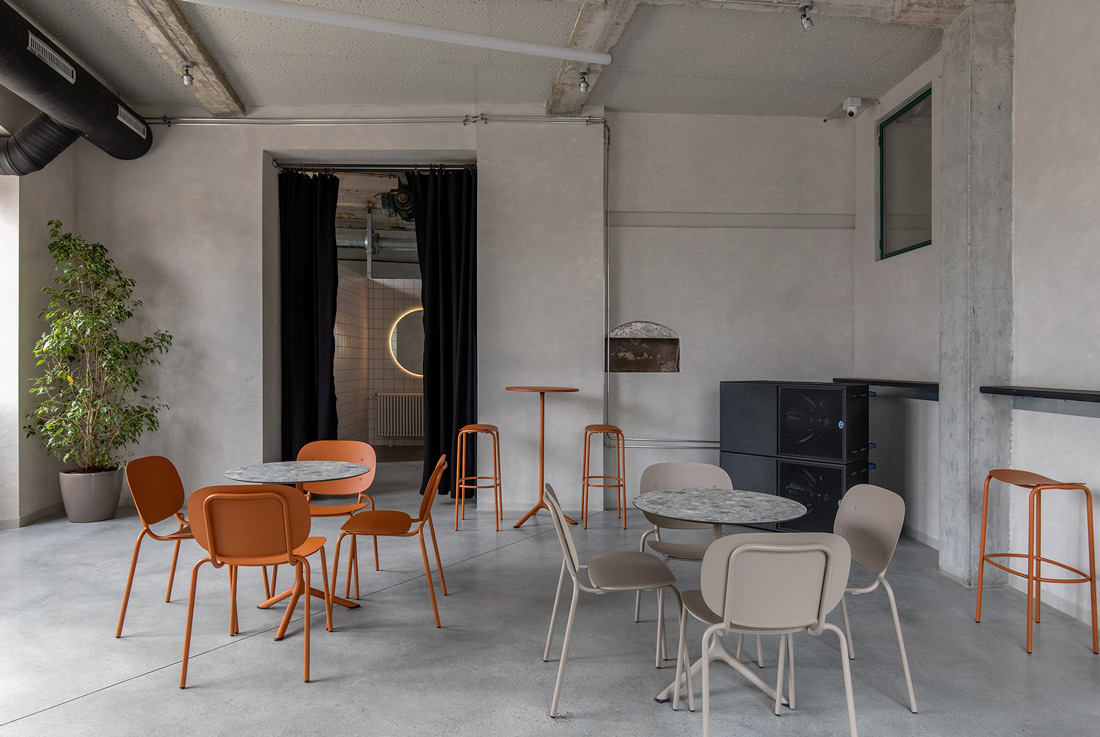 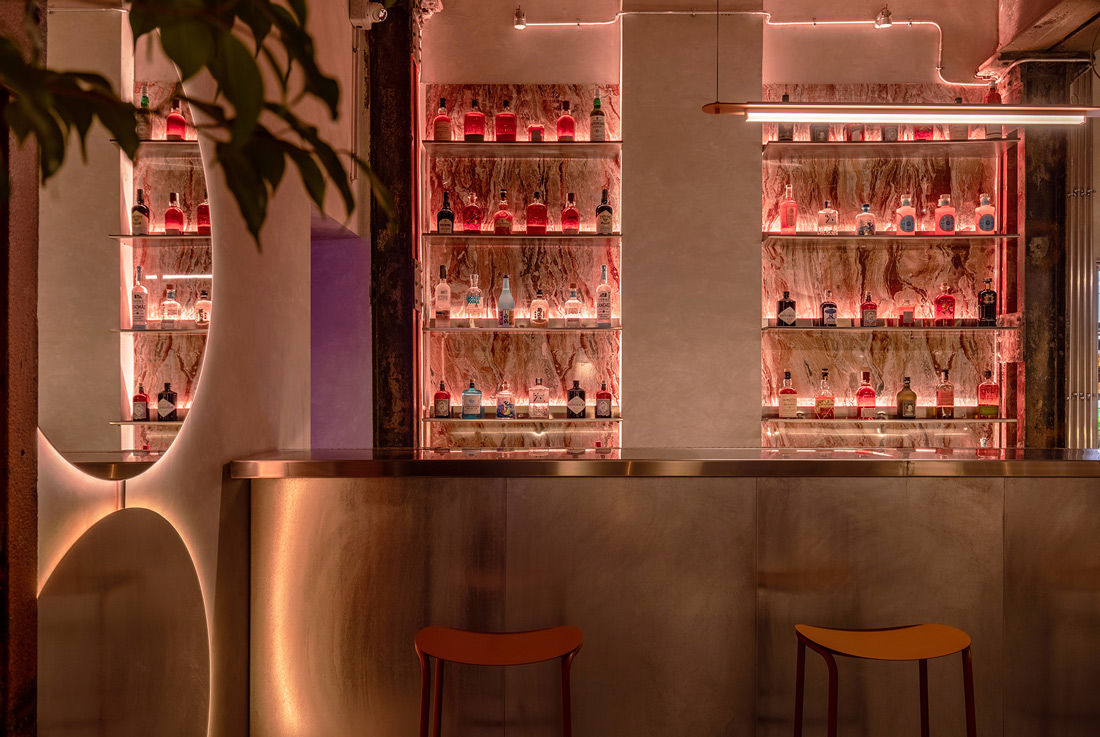 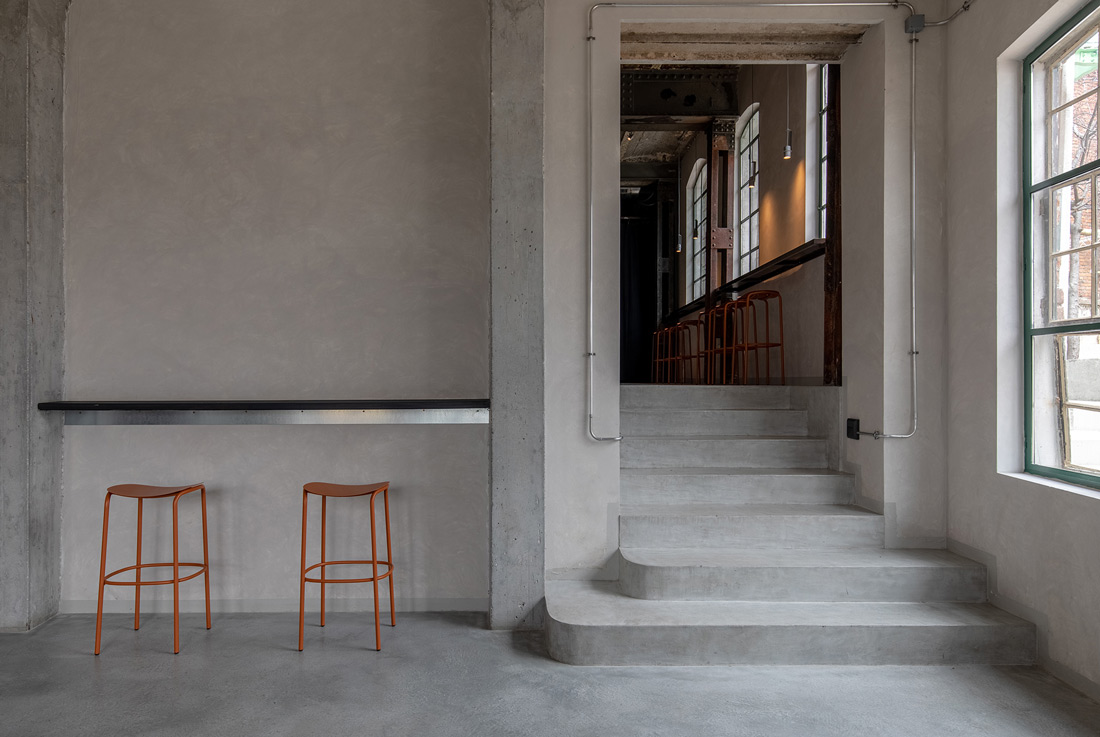 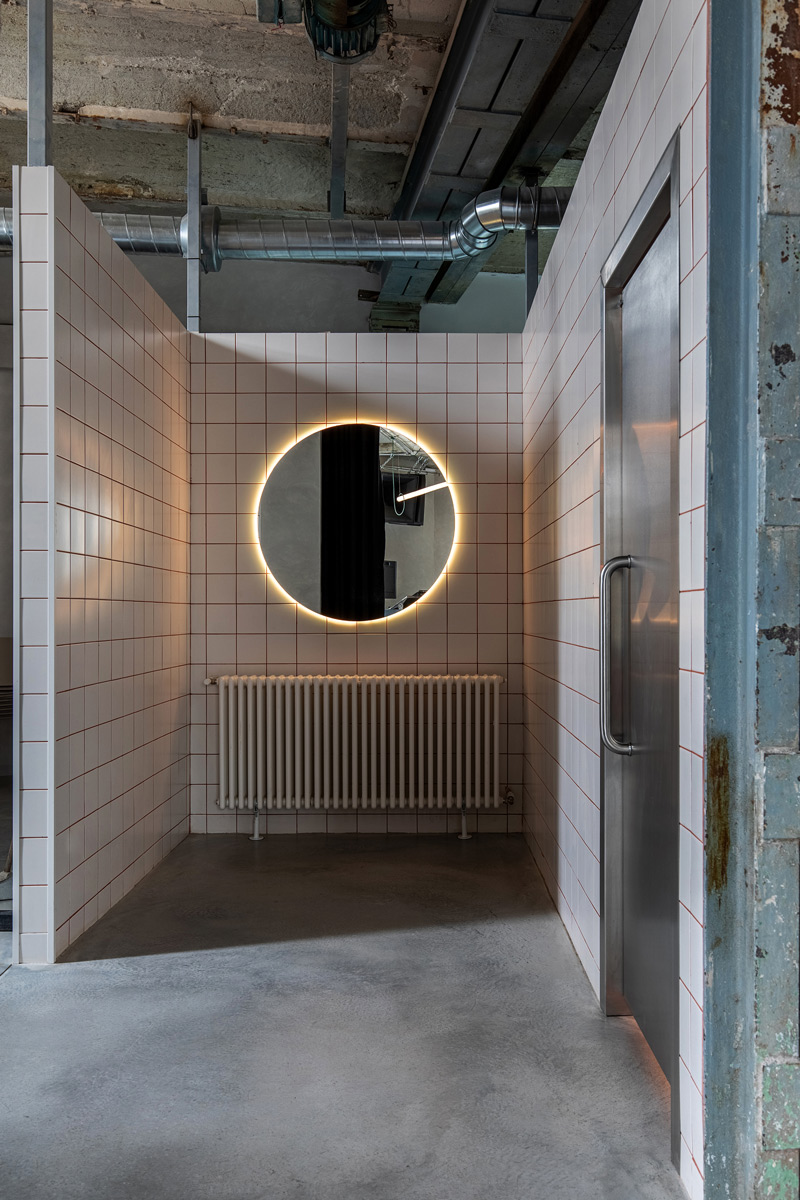