In 1857 the construction of the first seaside resort in the island of Lido in Venice was opening a stage of splendour for the island when parties, concerts, events were happening. The two major hotels: Grand Hotel des Bains, completed in 1900 and Excelsior Palace Hotel, in 1908 were transforming the island of the Lido in one of the most desired and sought-after seaside resort in Europe. The Cinema Festival Palace and the Casino Palace were attracting huge numbers of tourists.

With the hit of the economic crises, a period of decline brought the disposal of the Grand Hotel des Bains and a lack of investment both from the private and the public sectors, being the Venice Cinema Festival the only international event which still continues the glories of the past, only once a year.

The venues which still testify the glorious past of the Venetian resort are the Venice Cinema Festival Palace and the Casino Palace.
C+S design the new public space sewing together the three elements which create the identity of the site: the historic and listed buildings of the Casino Palace and Venice Cinema Festival Place, connecting them with a white, continuous stone-made public space, which aims to enhance the dimension of the former historic public domain, unifying the two buildings with the park and bringing back the memory of its original design, testimony of the splendour of the Belle Epoque.

The square is heightened from the original level to allow the view of the sea and is entirely designed using the monochrome Apricena stone. The use of a monochrome surface for the whole public space confirms and underlines the strengths of the dimension of the public space, avoiding the fragmentation of the use of different materials.

The design of the materiality of the rolled or sanded pieces of the stone, the water drainage system and the fountain- designed as thin cuts and shadows on the white surface of the stone, the brass or varnished steel railings, the benches in reconstituted natural marble stone, the newly planted and autochthonous maritime pines and the sinuosity of the garden- which is designed as a symbol of a third building which was meant to complete the square but was never built: all these element are designed as accents in the continuity of the monochrome materiality.

The square, designed on the aim to serve the Venice Cinema Festival, is invisibly infrastructured to potentially allow the activation of events during the other months of the year, but especially to give back a free public space to the inhabitants of the Lido island: mums with prams, skaters, kids playing with the water fountain, old people relaxing under the shadow of the trees and watching the sea.

“We are proud to have contributed to give back the citizens a part of the city. We strongly believe in the power of a free, well-designed public domain to be activated by people, their memories, their dreams and their experiences”- say Carlo Cappai and Maria Alessandra Segantini.

Part of the design was also the adaptive reuse of the ground floor of the Palazzo del Casinò, which was designed to recall the former splendour. 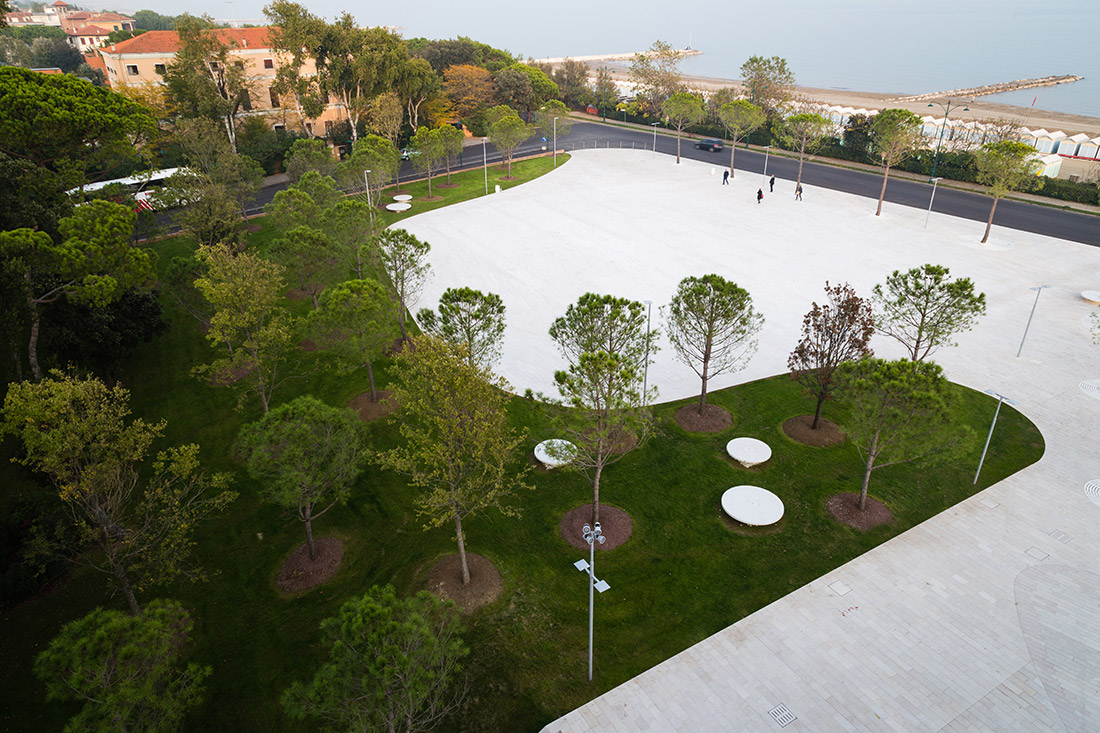 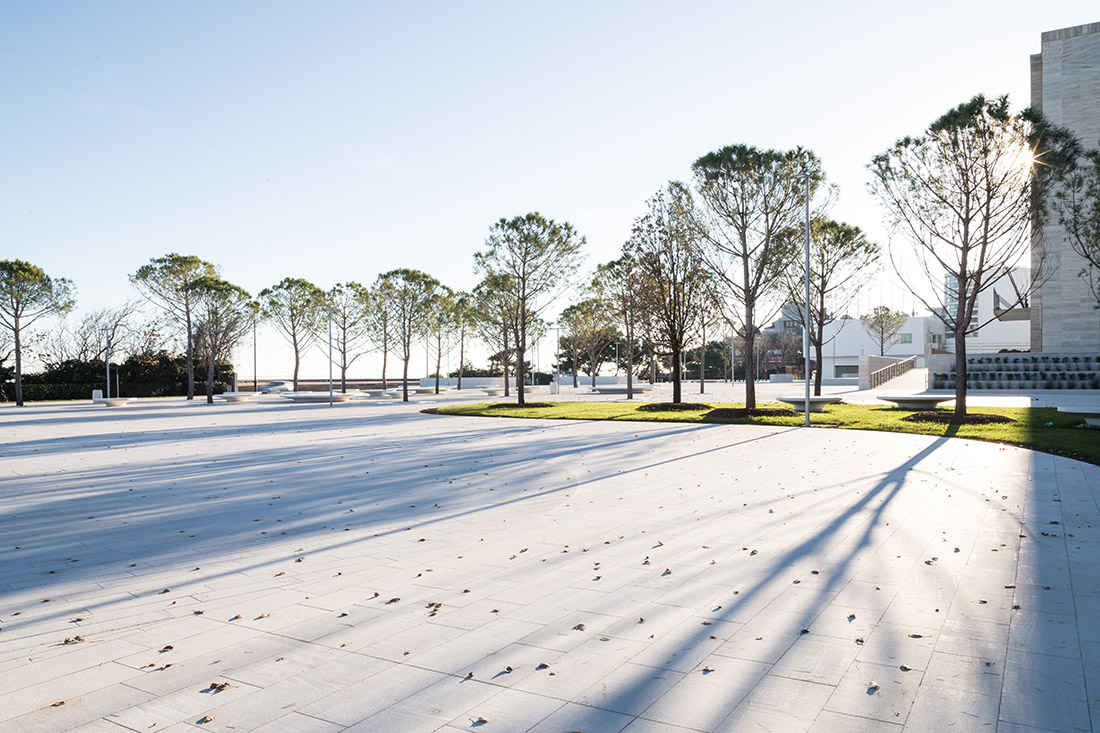 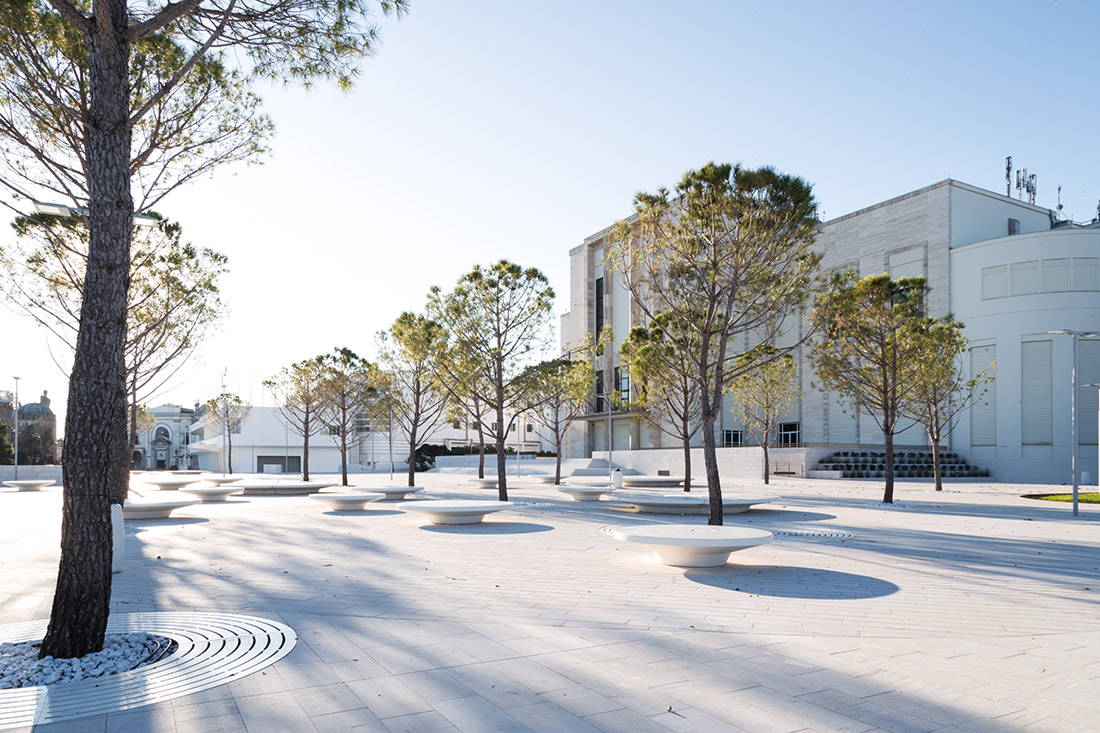 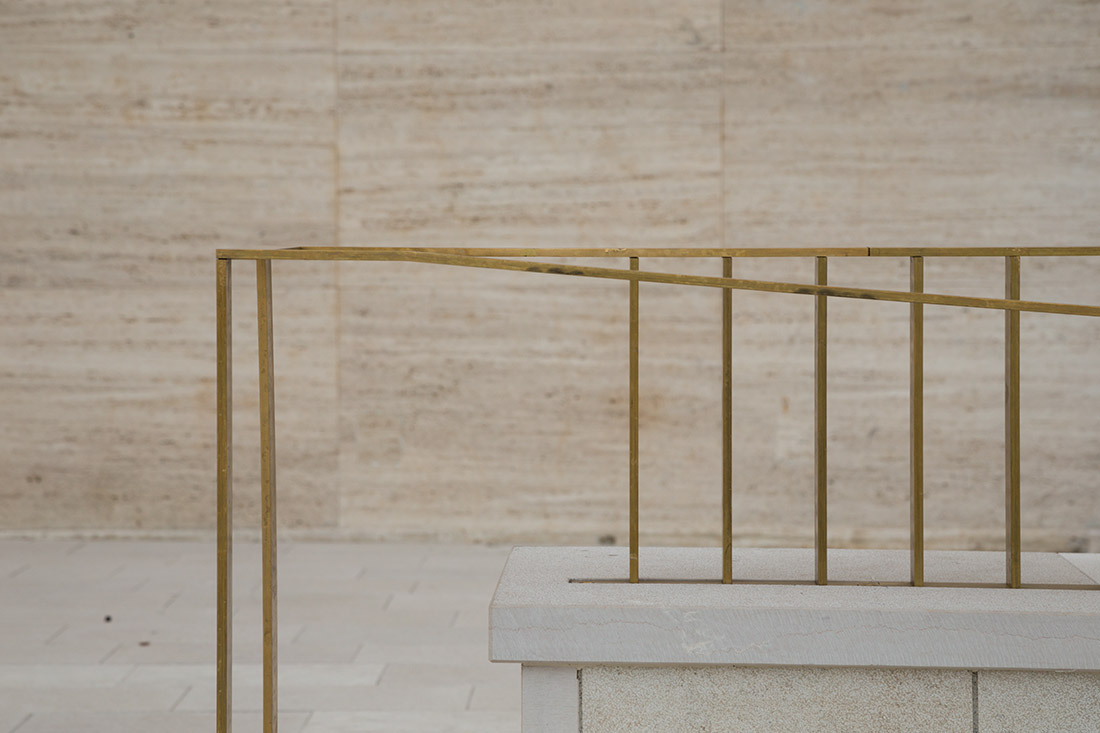 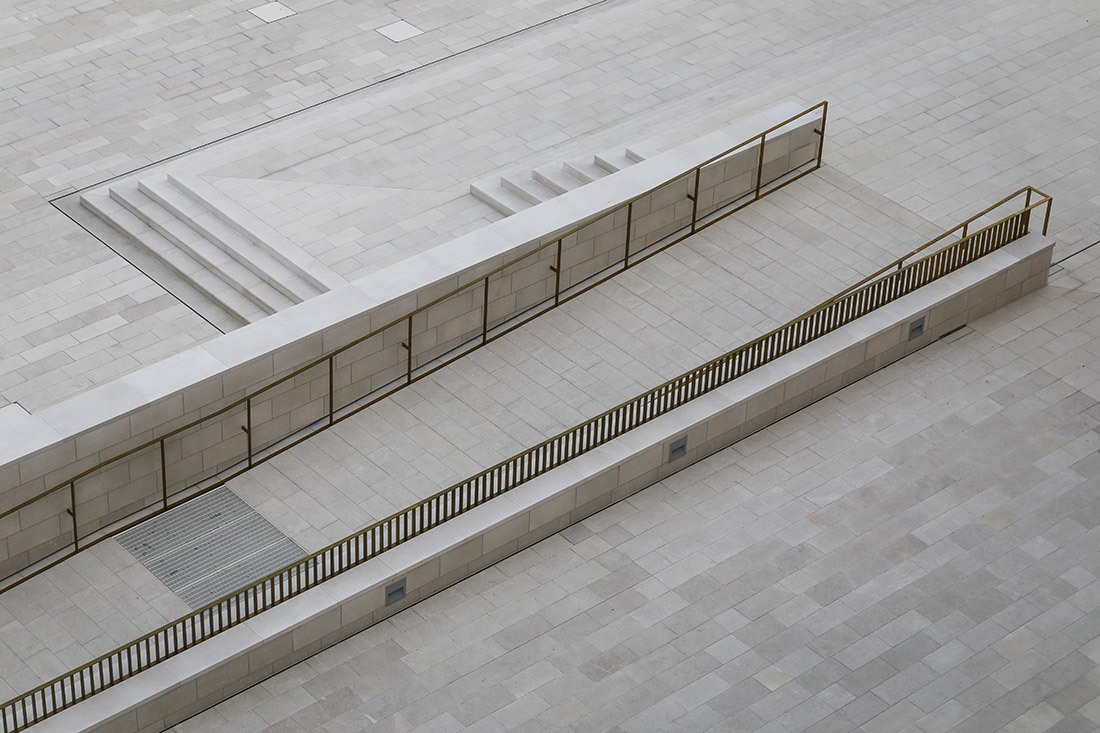 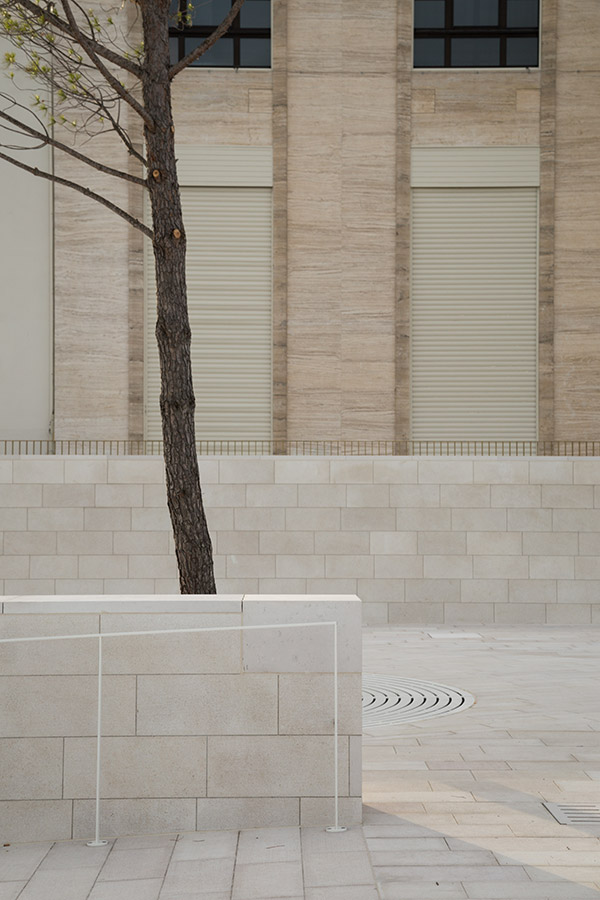 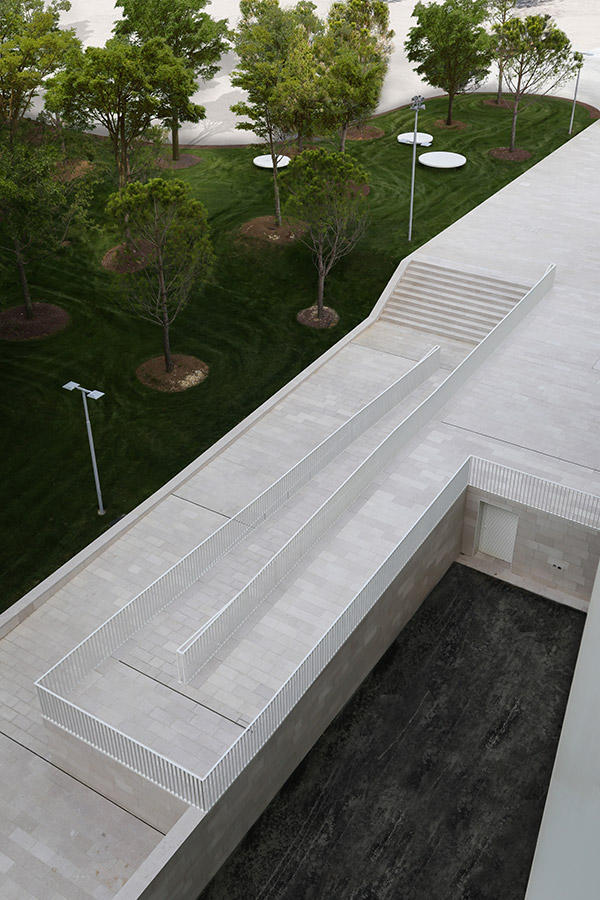 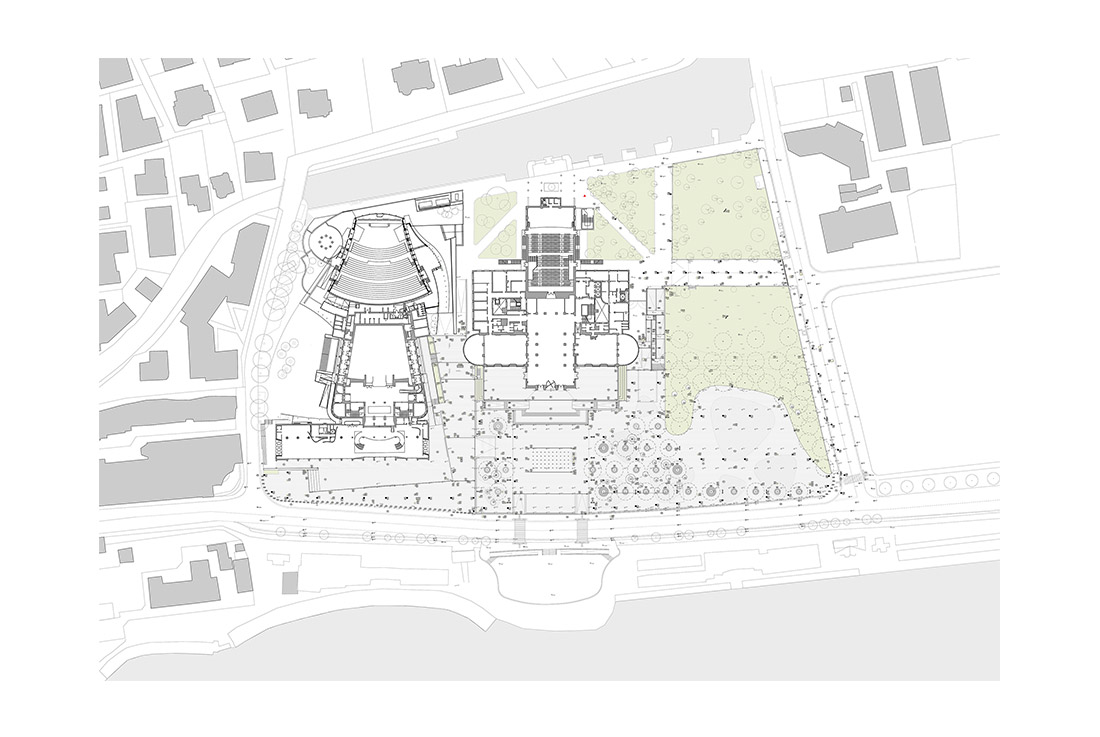