Parish Church of the Celestial Queen

The Parish Church of Celestial Queen got its new place in an eclectic building at the Szent István square in Budapest. As a result of an agreement between the local government and the religious community, the Catholic parsonage has moved into the building formerly housing the Erkel Ferenc Music School. Little decoration remained from the former facade of the U-shaped building and the rooms were also waited for rescue. The basic scheme traditionally associated with the parsonage – the parson’s quarters and office, the classroom for religious education, the library, the banqueting hall and a spare apartment for visitors who stay here – are now housed in the existing main building featuring two lateral wings that face the yard.Our plan was to restore the original condition of the bulding according to old photos and to enclose the circulation system with a new, modern building wing. The gable-roofed new wing involves the multifunctional social spaces. The section of the assembly room on the upstairs invokes a traditional house form, while the plain, bright interior creates a contemporary sacred space.

As the new wing embodies the ambition of the Catholic Church to open up for the wider public, this configuration of turning the structures inward separates two yards of different characters. Both yard becomes elemetal part of the building. The ground-floor reception area connects the peaceful front and the built-around back yard by a wide-span bridging both visually and physically. The large expanses of glass exposes events taking place around the old tree standing in the centre of the garden so that they are visible even from the foyer. Communication between the old and the new is facilitated by understanding and following the logic of the existing house.
The wings are distinguished by its roof shapes and materials. The new wing’s light grey slate with white fiber cement cover fits the existant plaster surfices. The assembly room’s playful – actually hungarian embroidery pattern – perforated facade dissolves the symmetric composition and gives a facade an ever-changing view.

Being a public, sacred building means having an effect on a community. It covers practicality, usability as well as the message of it in the surroundings. With the restoration of the old parts, the transparent new wing and its discreet colors and materials the Parish Church of Celestial Queen presents an inviting social and reverent space. 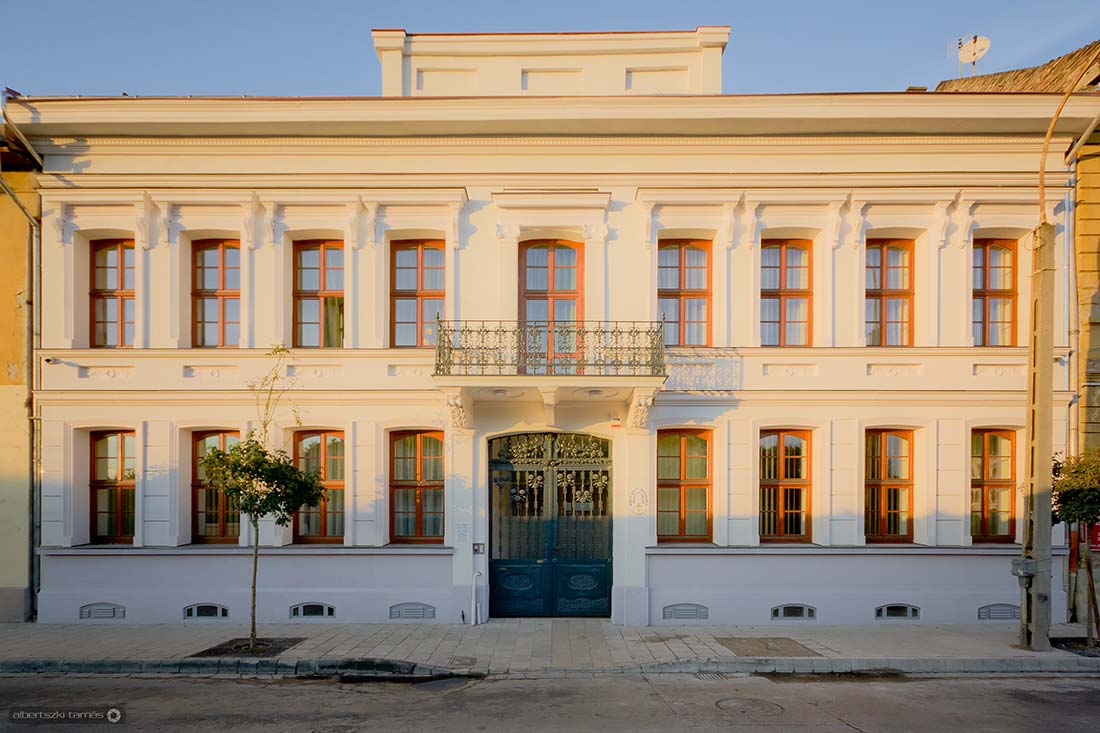 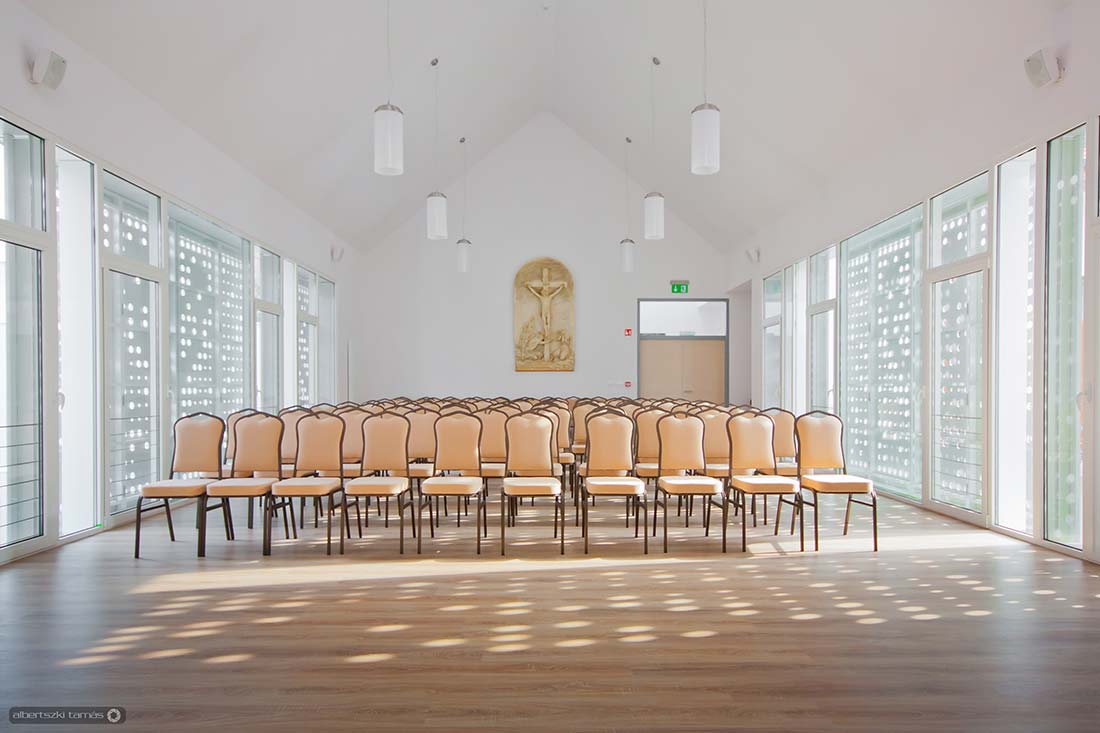 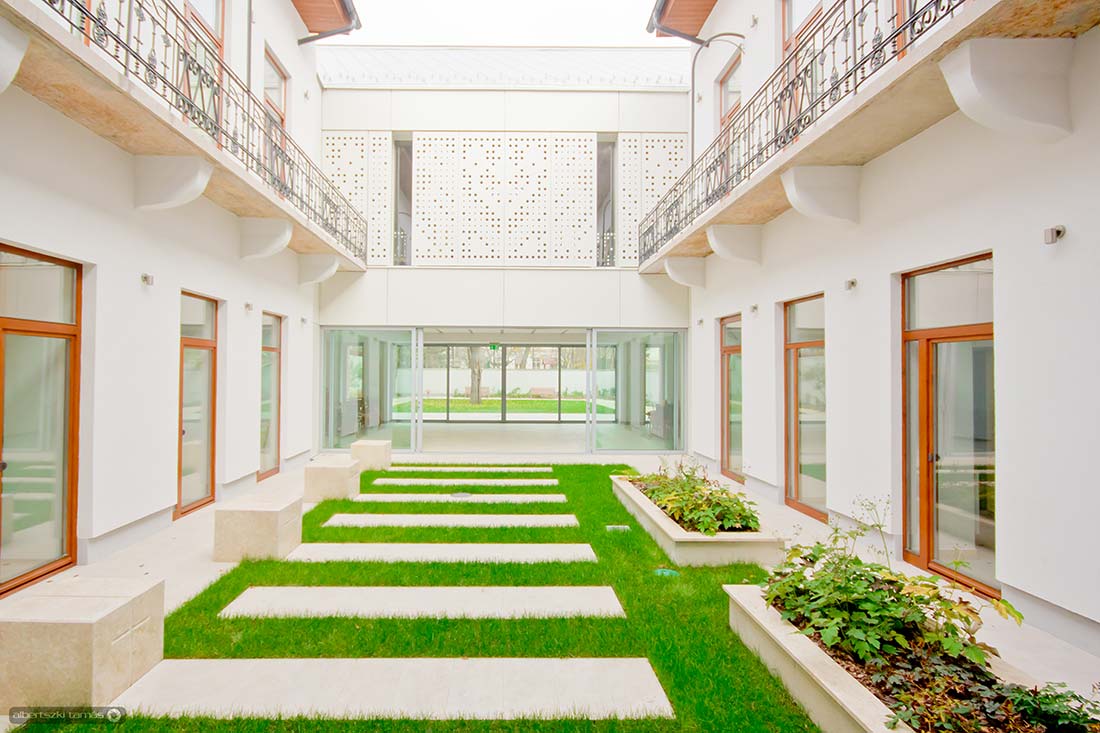 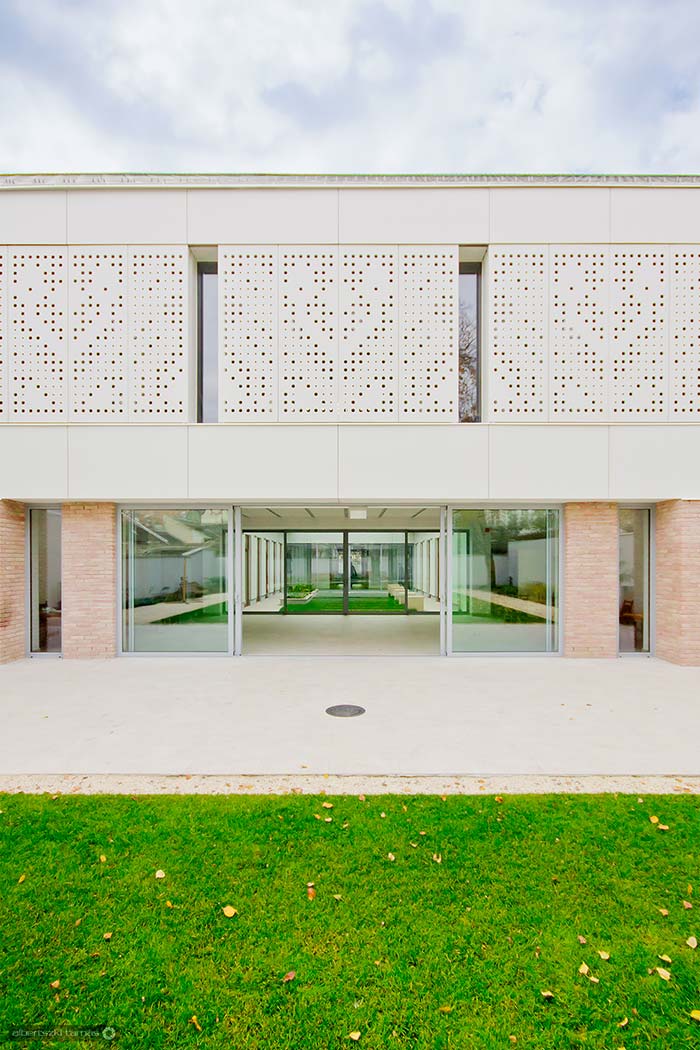 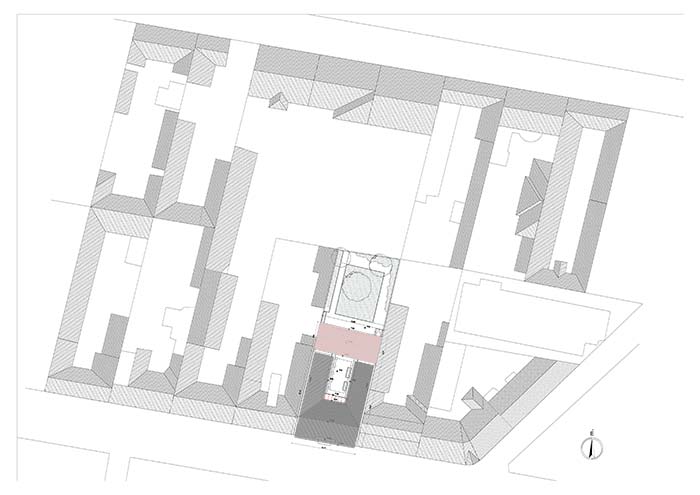