Petokraka studio designed the interior for Nova Iskra second creative hub in Belgrade, in the upcoming district Zemun. Where entrepreneurs, students and activists meet researchers and companies, collaboration is the key – the open office space invites to get inspired by each other. The light flooded rooms with high ceilings facilitate well-being and freedom of mind. Transparencies play a crucial role not only in the business concept of the hub but also in its interior space. Only glass walls and light translucent curtains divide the space and at the same time fluently connect it to the outside. Terrace and couch corner offer a view onto the city and are places of retreat and relaxation, next to which silent phone boots and meeting rooms ensure high concentration. In the interior Petokraka studio contrasts its own clean lightning designs with brick walls and raw concrete ceilings which gives the room a rustic and artistic flair. With Nova Iskra Zemun the studio created a workspace that connects people and inites creativity. 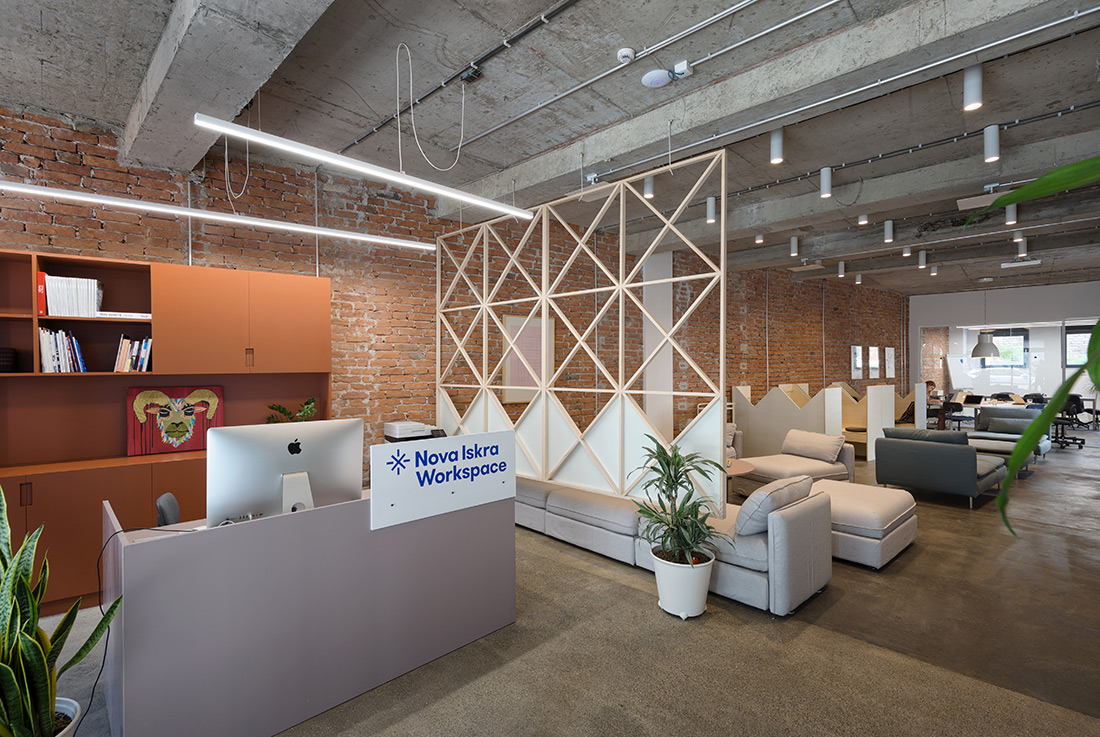 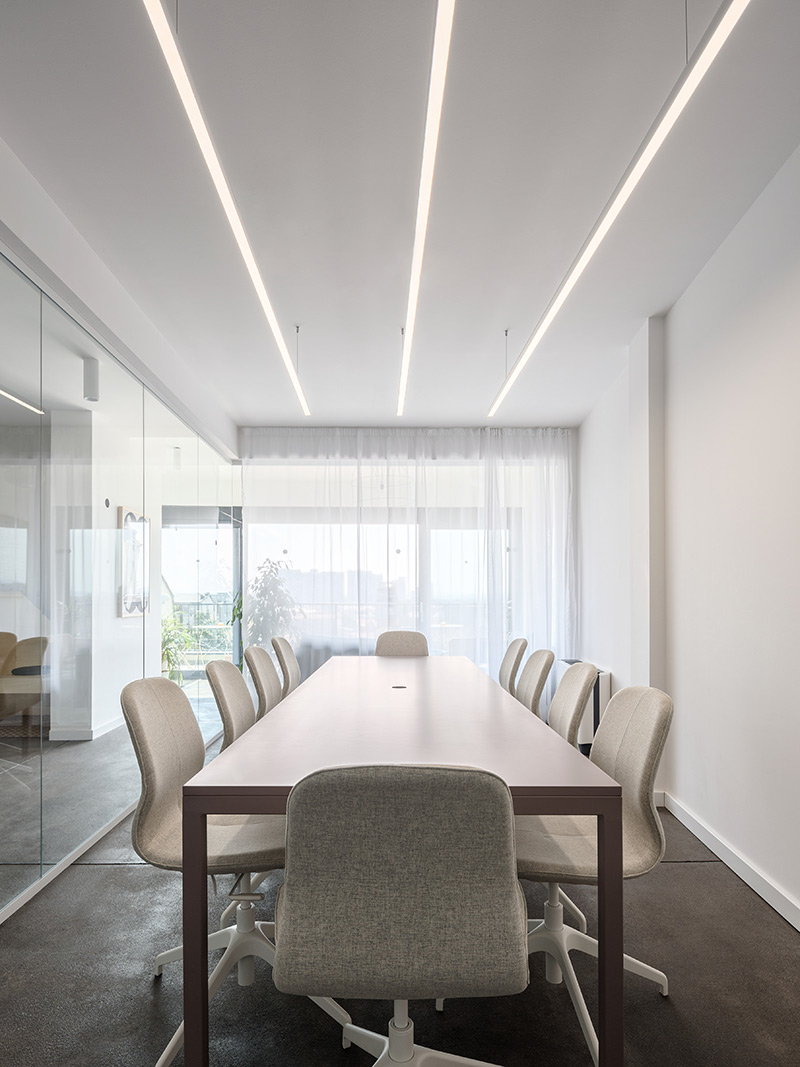 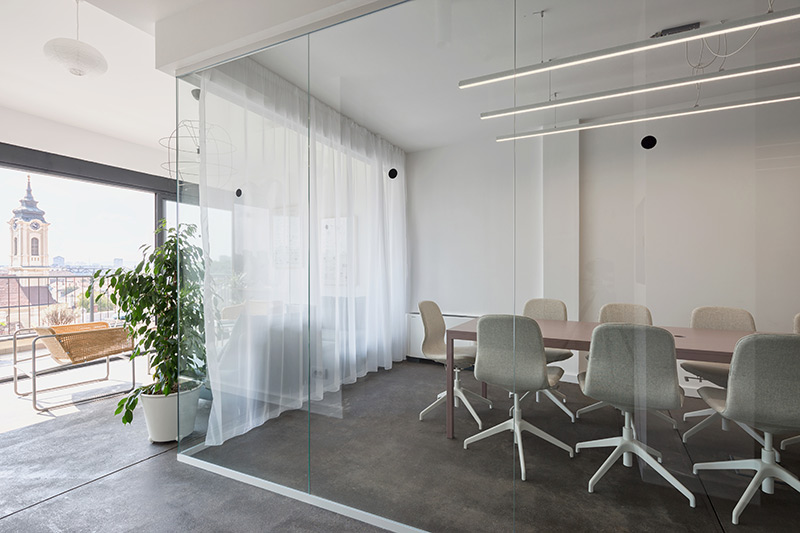 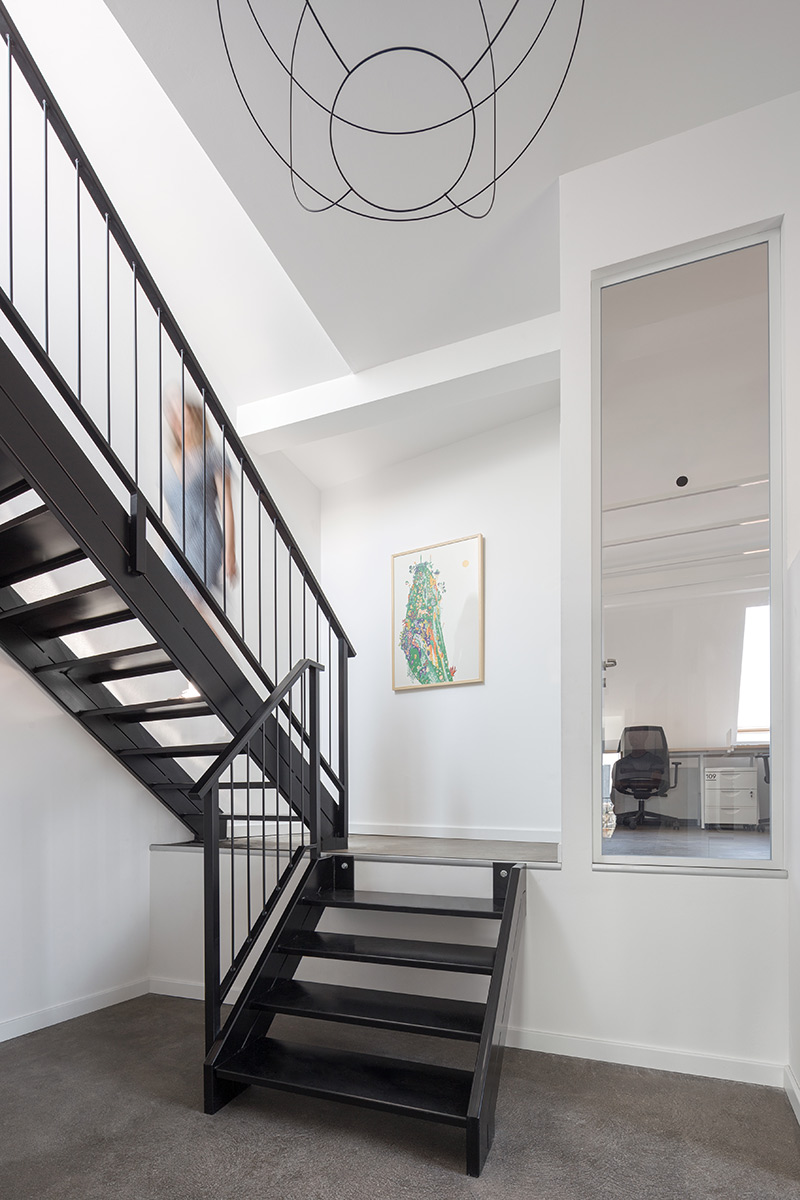 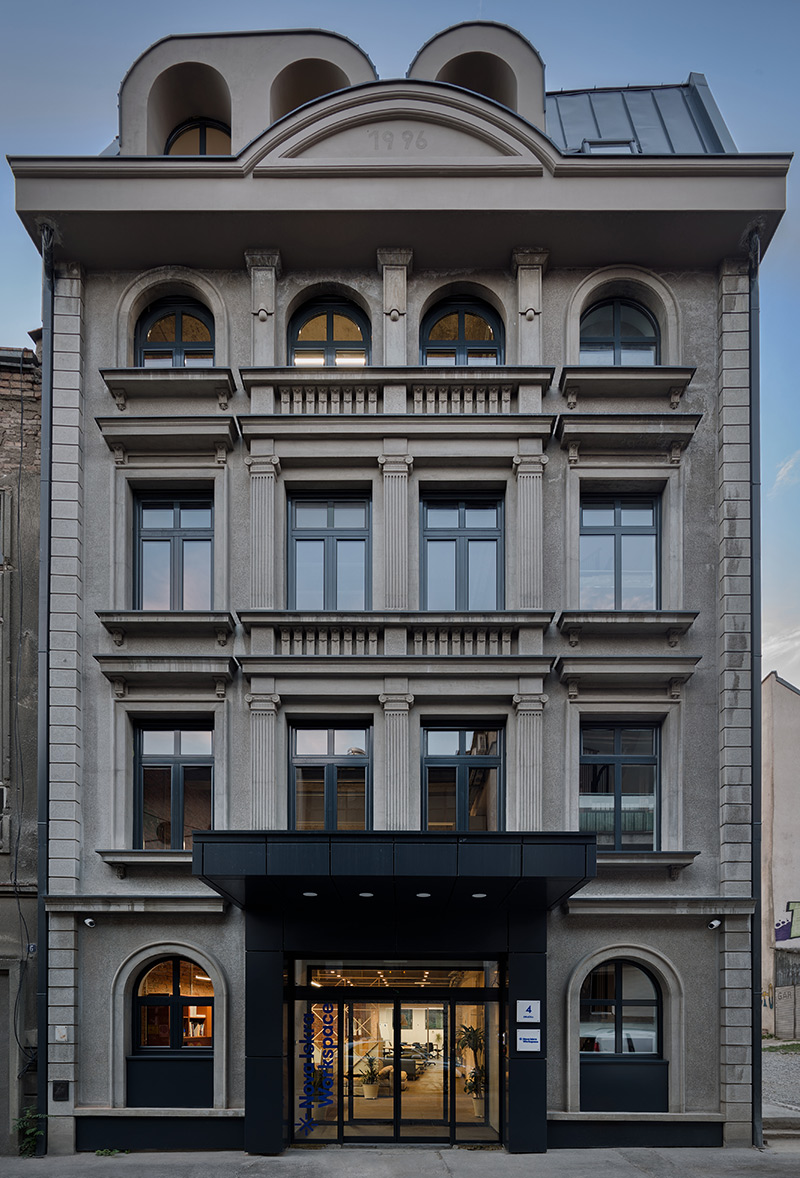 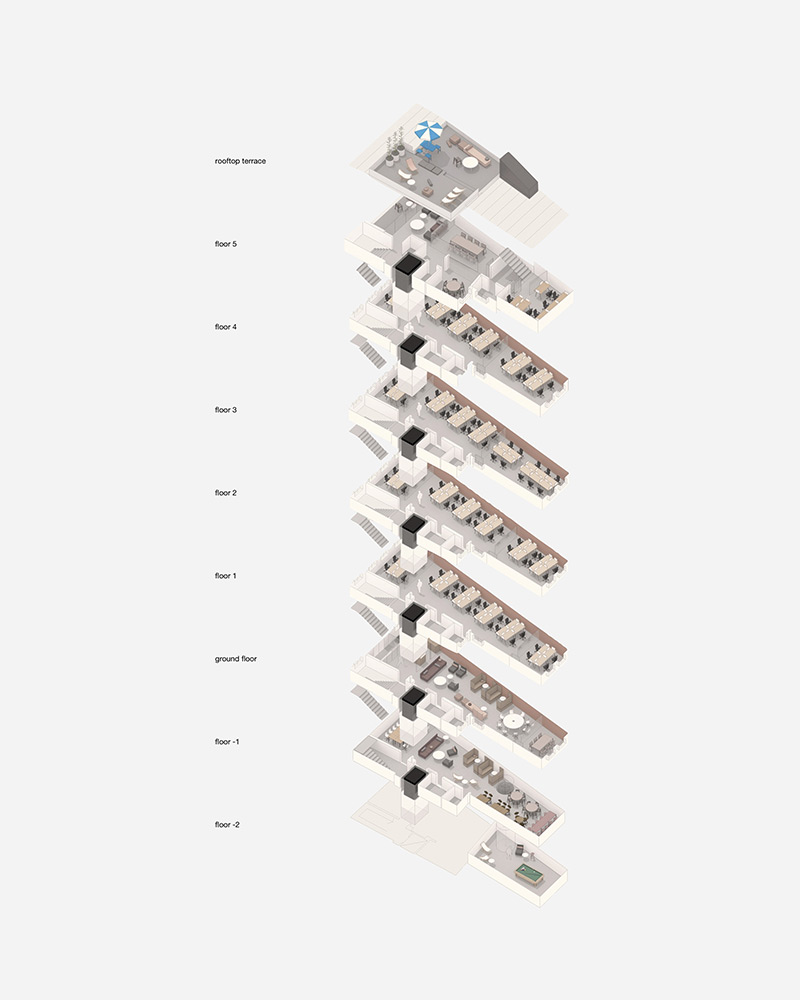 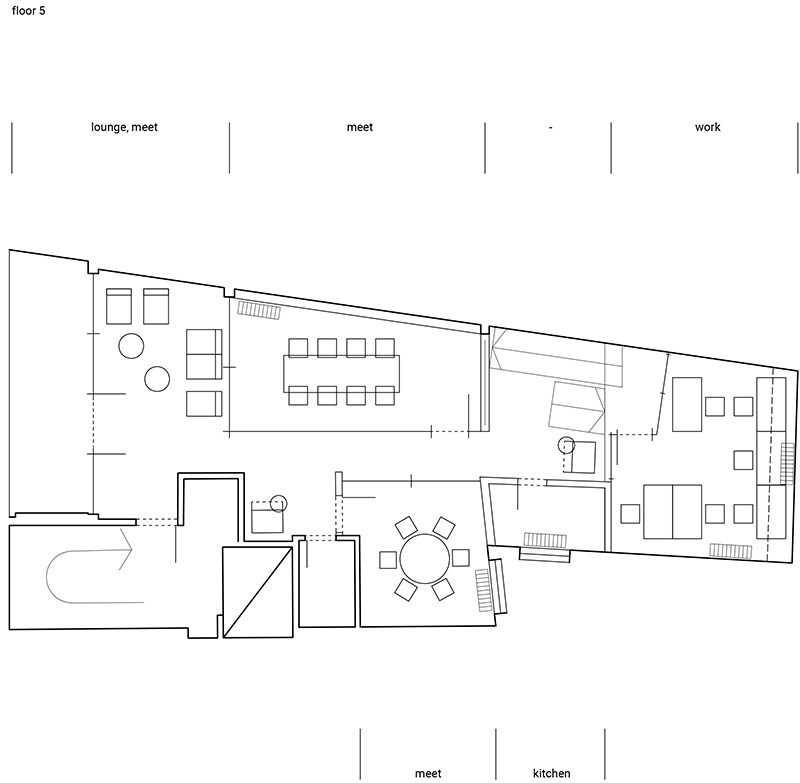 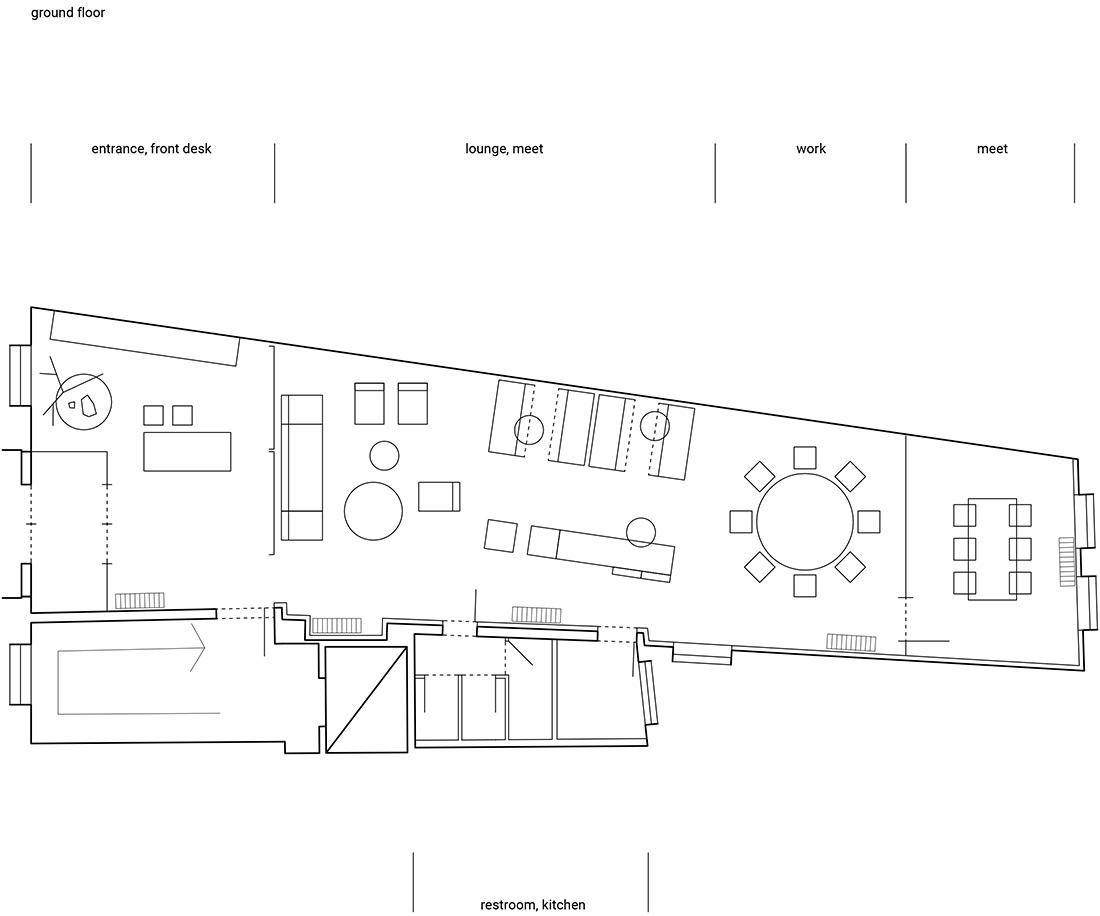 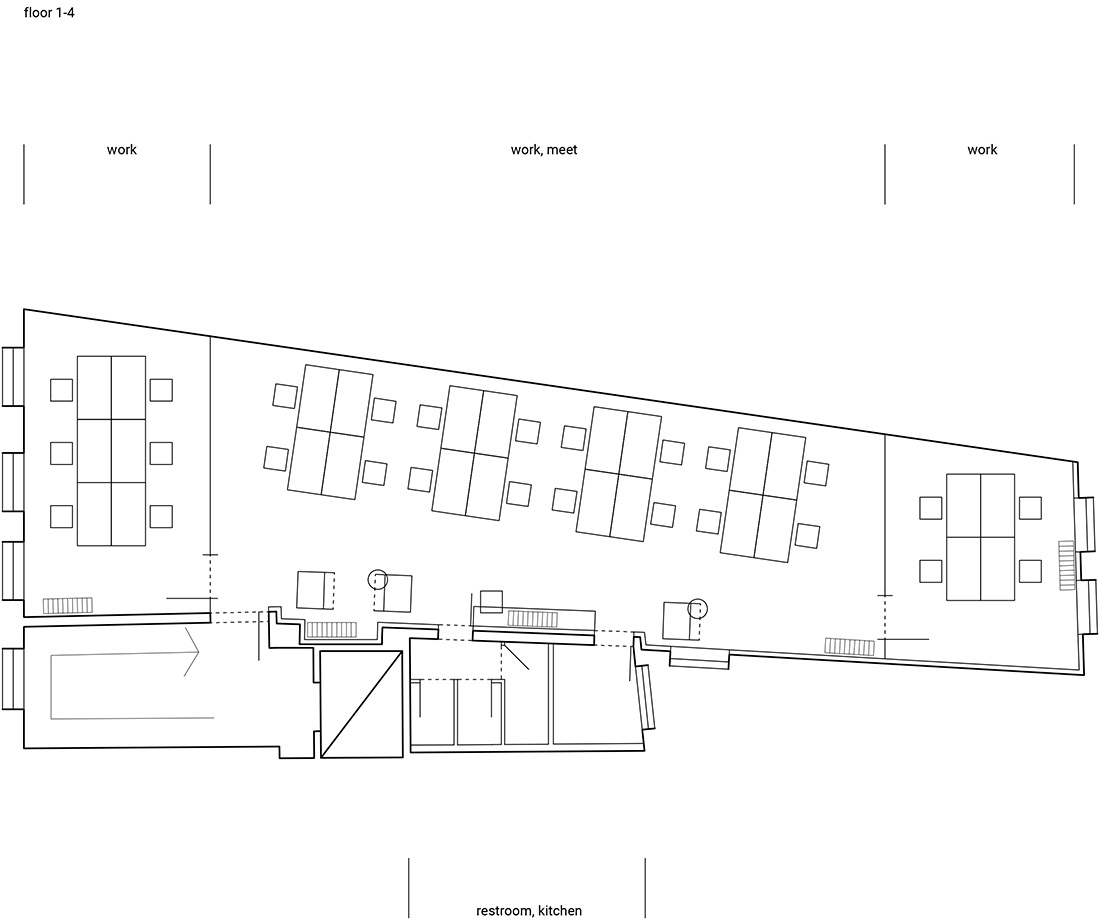