The edifice, is a modest 500 square foot cedar cabin located in Fremont, New York. Approximately two hours northwest of New York City nestled in the woods of the western Catskills mountains. The edifice is an exercise in reduction, to live with only what is necessary and self-reliance. Inspired by the writings of the transcendentalist Emerson and Thoreau, the cabin stands as an example of introverted architecture or neo-transcendentalism. Transcendentalism as defined as, a belief in the inherent goodness of people and nature. The belief that society and its institutions have corrupted the purity of the individual and that people are at their best when truly self-sustaining and independent. In the architecture of the edifice, this is exhibited through its physical isolation, essentialist programming and self-sustaining infrastructure. The building sits quietly among the trees, in perfect balance with its environment.

Upon approach, the building offers no clear entry, as it remains undefined until physically engaged. As in art, one must move around the work to understand it in relation to its context, revealing more of itself over time. As articulated by Richard Serra, “i think you always have to find where the boundary is in relation to the context in order to be able to articulate how you want the space to interact with the viewer.” The presents of the structure highlights the surrounding environment itself. The building acts as an inflection point within the context of space to heighten our awareness of the environment. The east facing façade, austere, with no fenestration acts as a screen for the sun and trees to project a play of light and shadow. This interaction produces a type of camouflage for the structure, blurring the delineation of its edges and mass with the passing of ephemeral light. Psychologically, the interplay of light and shadow establishes a sense of place through memory. The building can only exist in this specific environment through the interaction of the trees, sunlight and our eyes.

As one moves around the building, a single strip window on the south and west façade slowly reveal the spaces within, allowing the individual a brief moment to view the interior program. The north face of the building folds inwards opening itself up as the point of entry through its void but also as an internalized deck, making a subtle historical reference to the traditional farmhouse porch. Once inside, the program of the building is divided into four zones, live, cook, dine and sleep. Defined as a “lifecycle” program, it is the minimum essence of human habitation and sustainability. At the heart of the space, separating the sleeping from the living zone is the service core. Within the core are the required systems to sustain habitation. All systems pertaining to the habitation of the cabin are “introverted” or traditionally defined as, “off-grid.” These systems include solar power, water harvesting and composting toilet. Heating is provided by a wood burning stove and cooling is accomplished through cross ventilation. Lighting for the space is provided by candle.

What makes this project one-of-a-kind?
The edifice is a belief in individuality and self-reliance. I wanted to find a sense of internal peace within myself through the act of architecture. What was found through the creation of the physical work within the woods was actually the spiritual and emotion construction of a place within the soul. An internalized place defined by harmony within the nature of our existence. In this sense of space creation, the work becomes timeless and without any physical boarder. The work transcends the physical realm to become part of us, holistic and eternal. This architecture is systemically connected to the environment through sustainable technology and infrastructure. Self-sustaining with zero ecological footprint. The edifice is an architecture of responsibility and respect for our environment and ourselves. 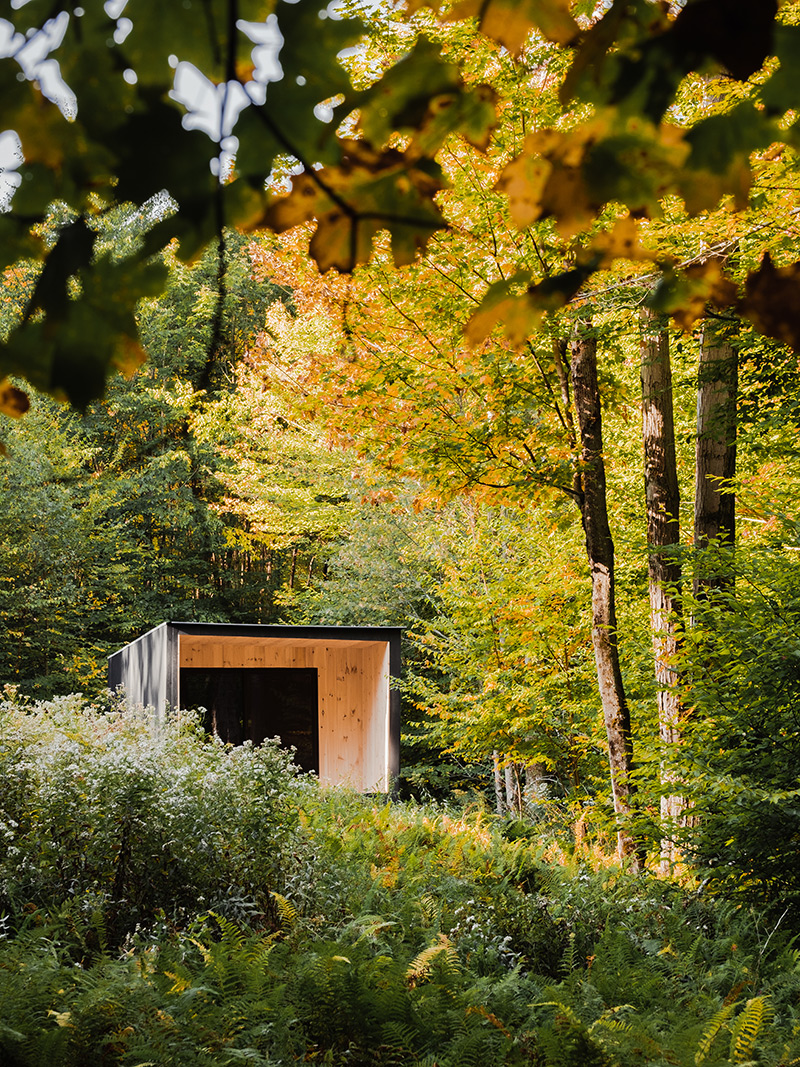 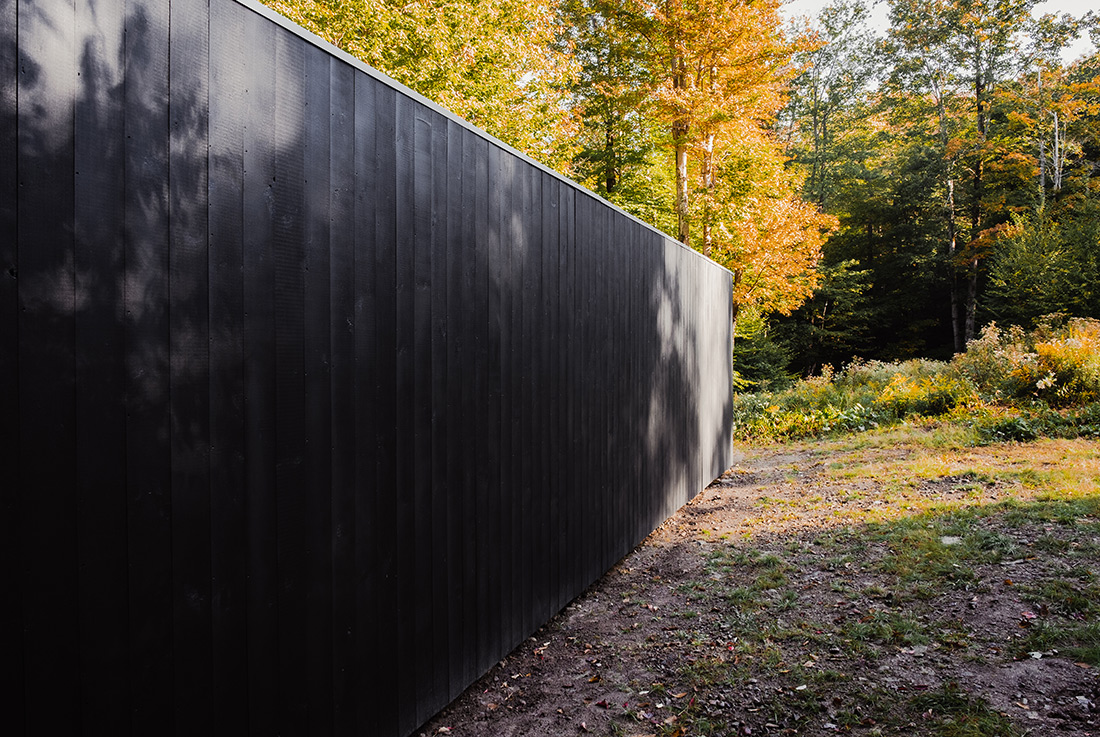 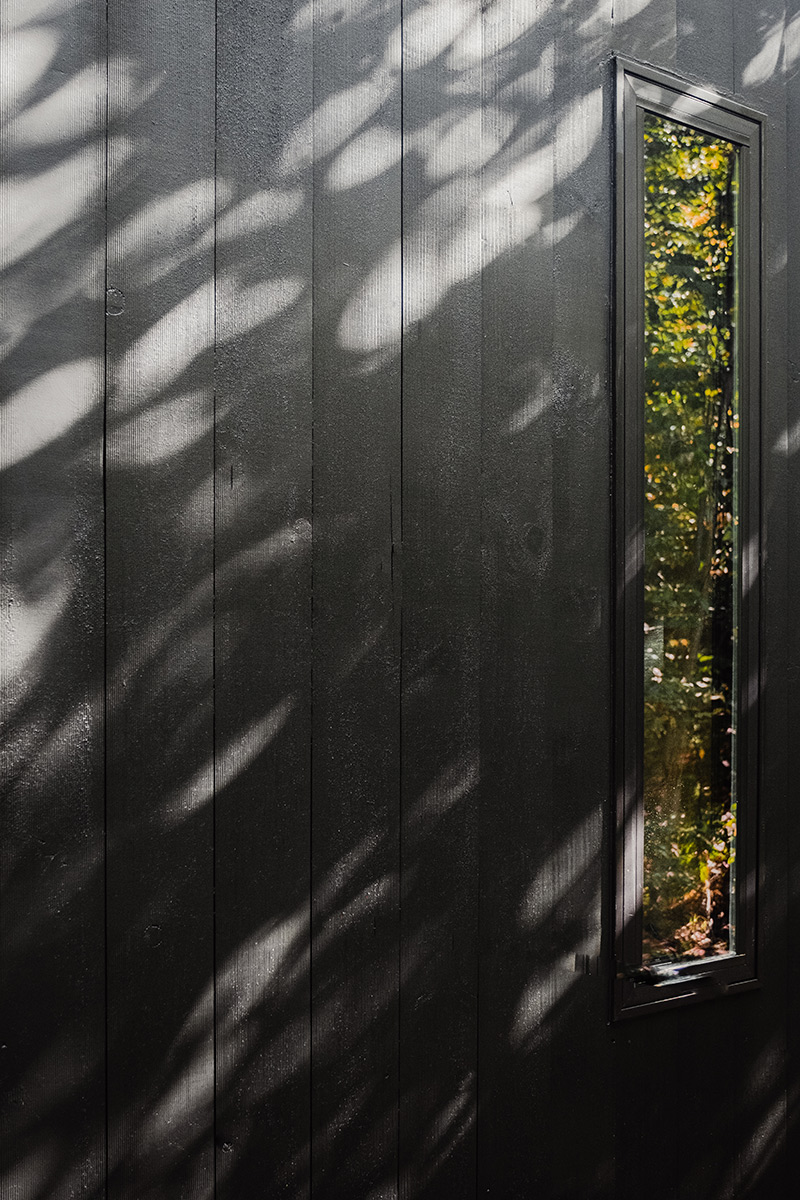 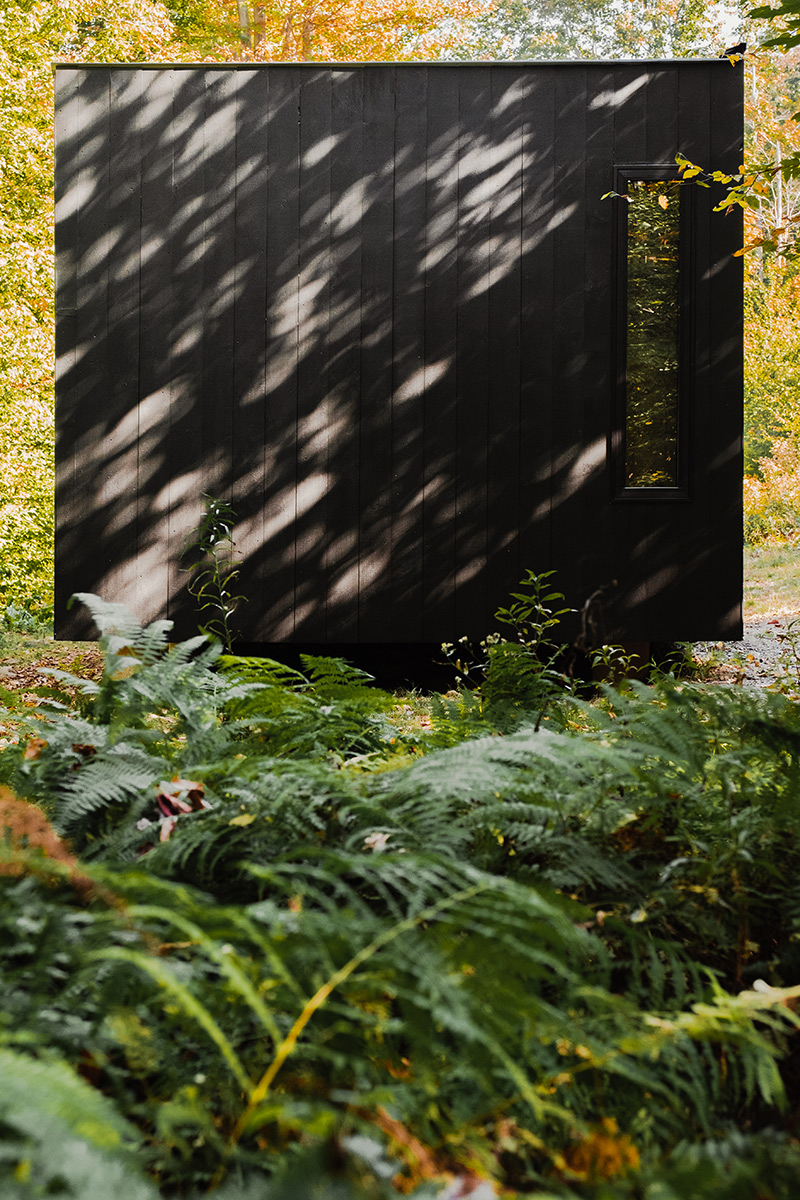 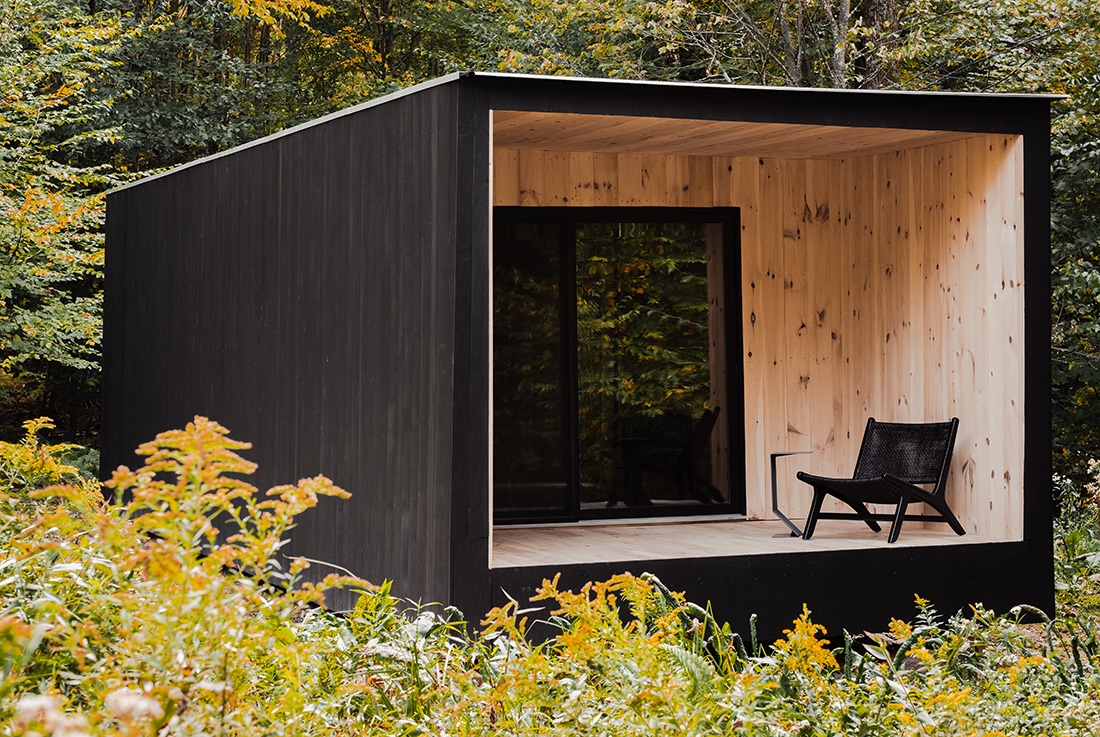 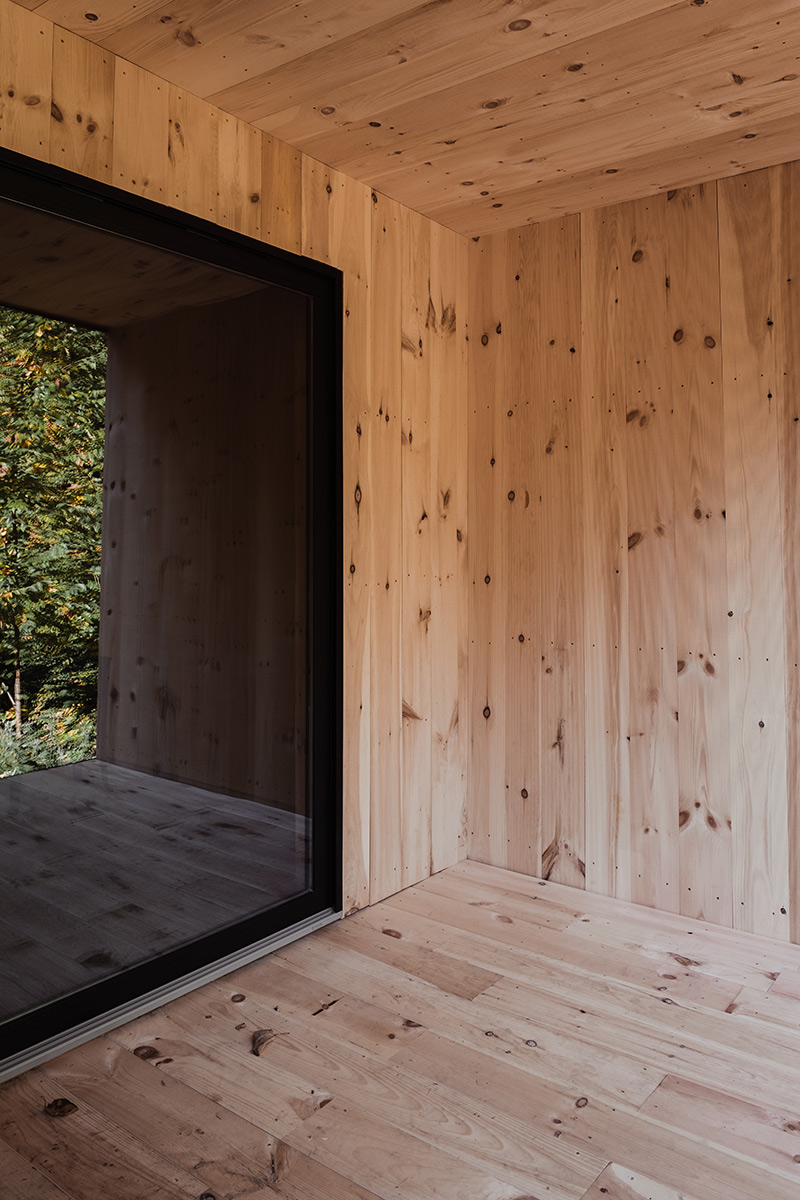 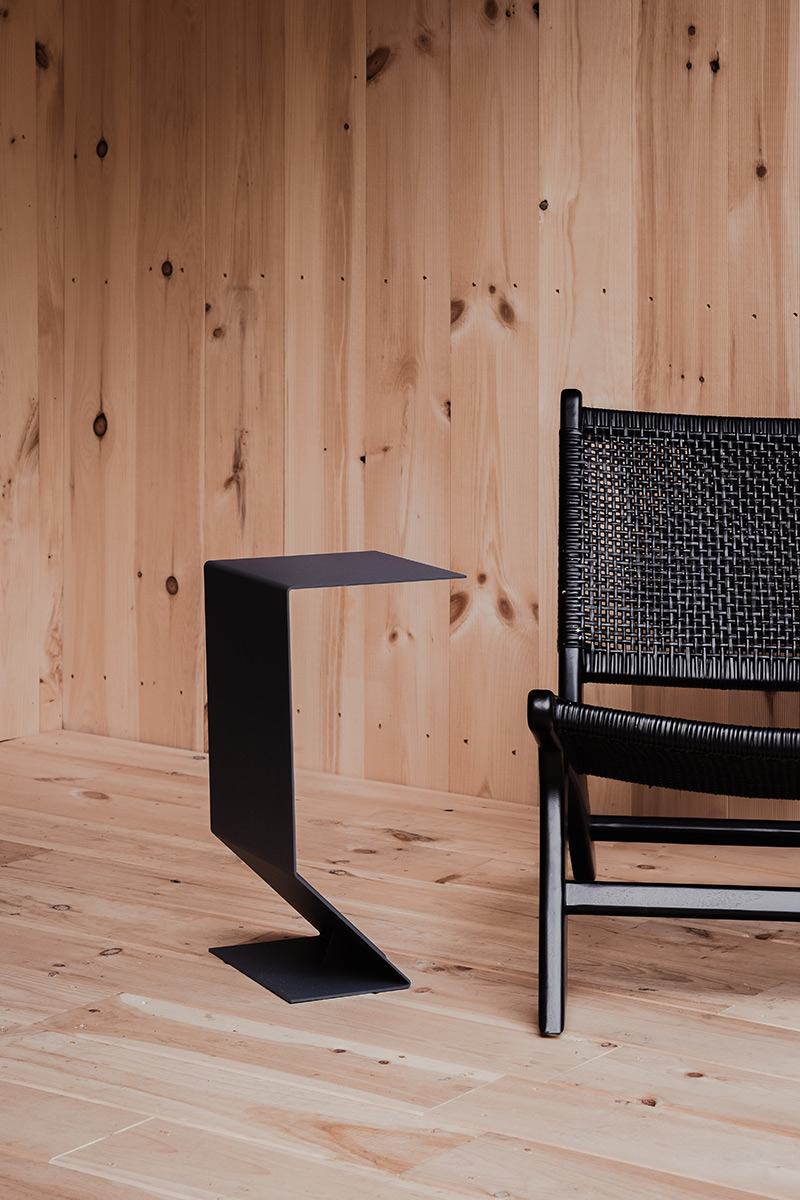 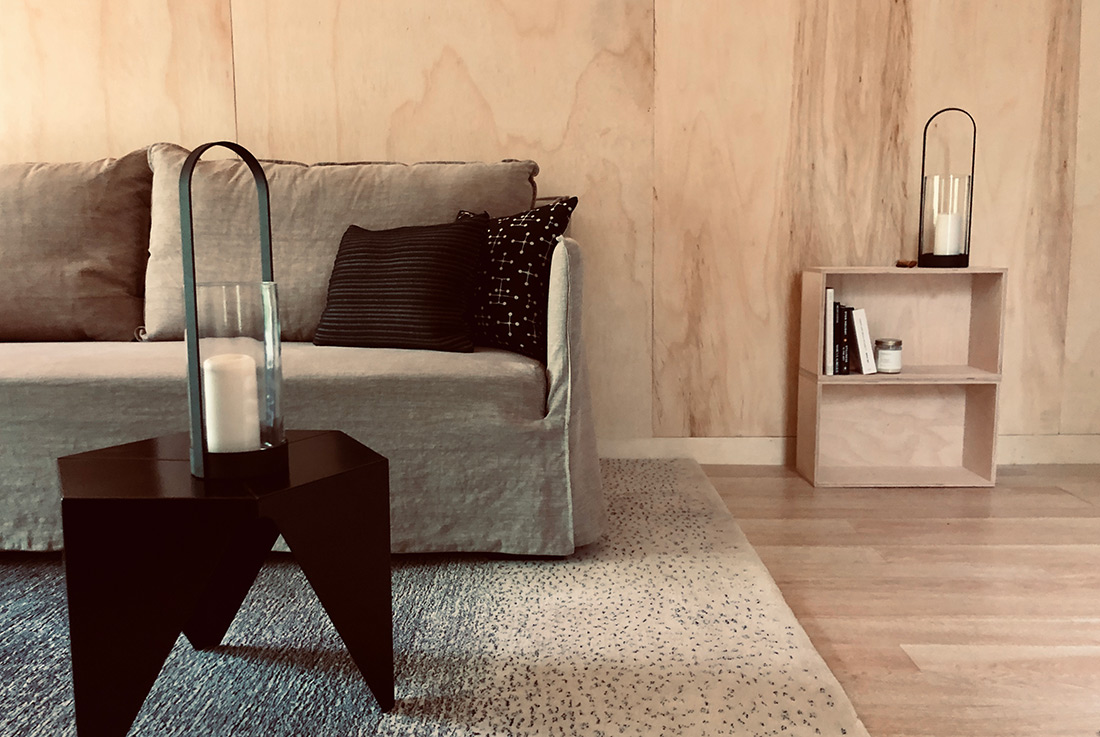 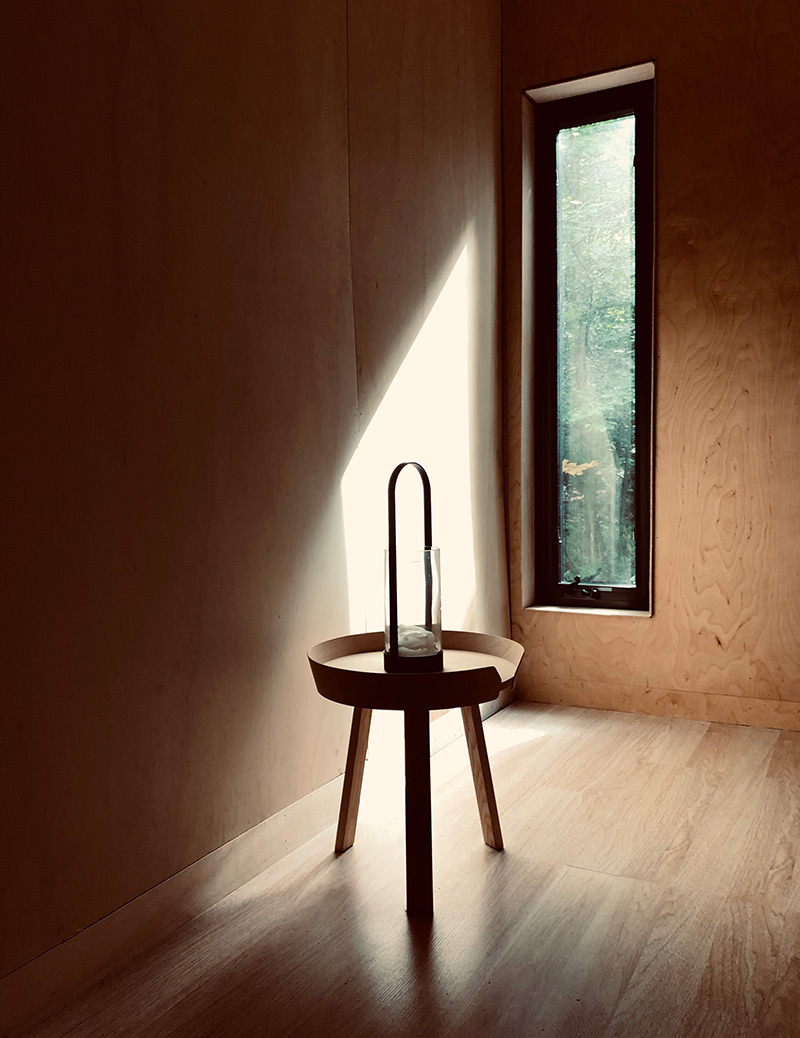