The building is part of a residential complex located in a developing urban context in the northern part of Bucharest. It opens to the main street, hence strenghtens the entire ensemble, connects to the existing paths and routes, generates new meeting places, and becomes the visual landmark of the neighborhood. The general layout defines a consistent and well-defined public space, which is a weak point in new peri-urban developments, but at the same time essential for a healthy urban life. The 30 apartments contain 17 distinct typologies that feature multiple orientations, generous areas and large loggias that visually link the surrounding green space with the interior spaces and the latter ones with each other. 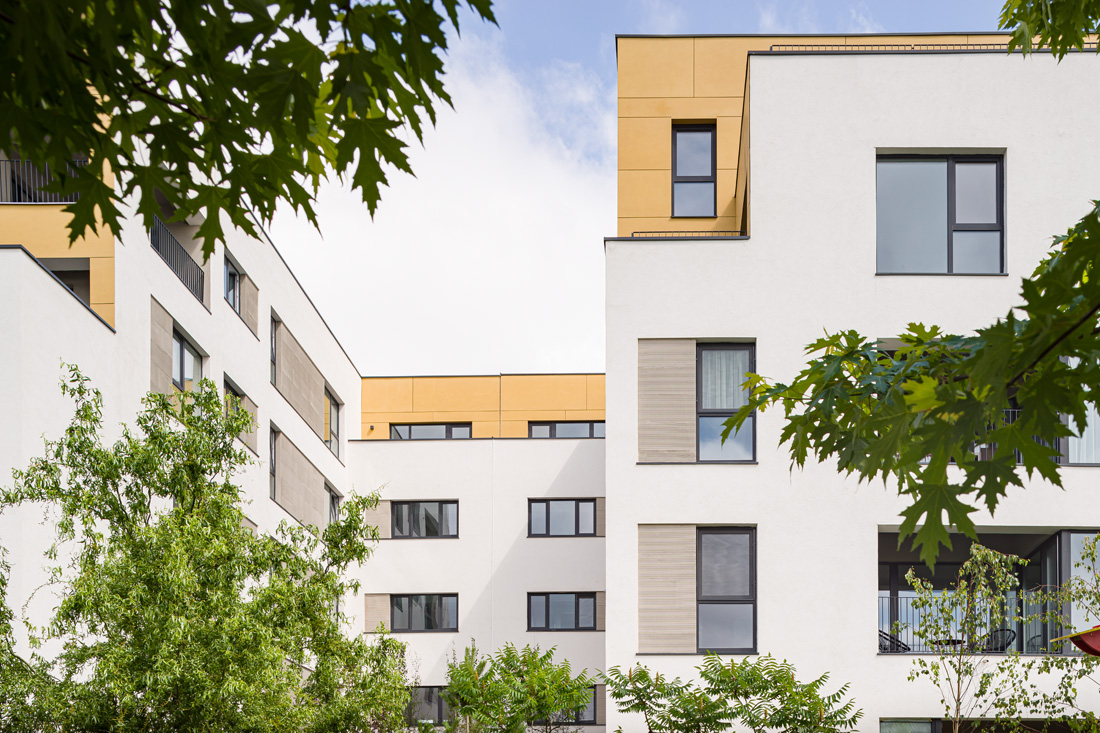 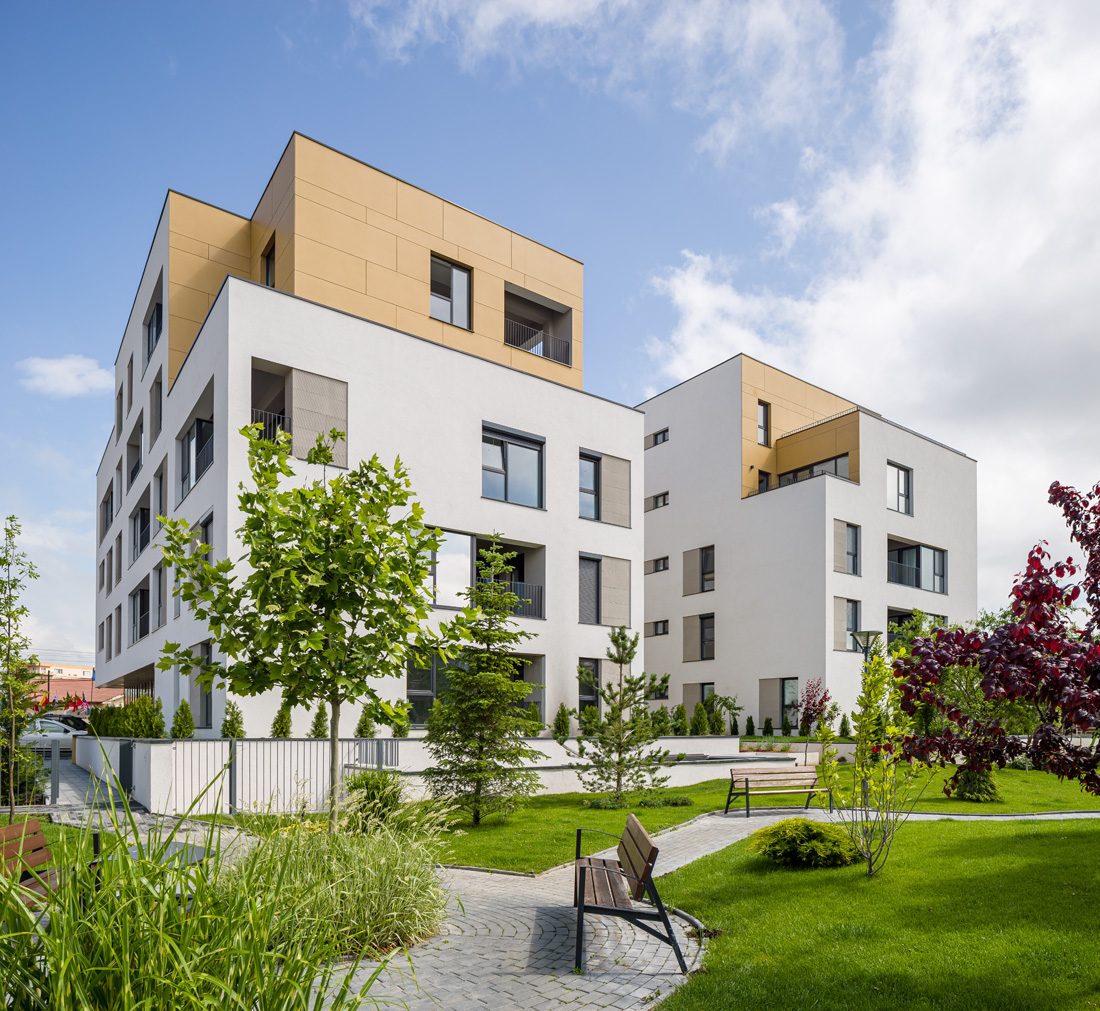 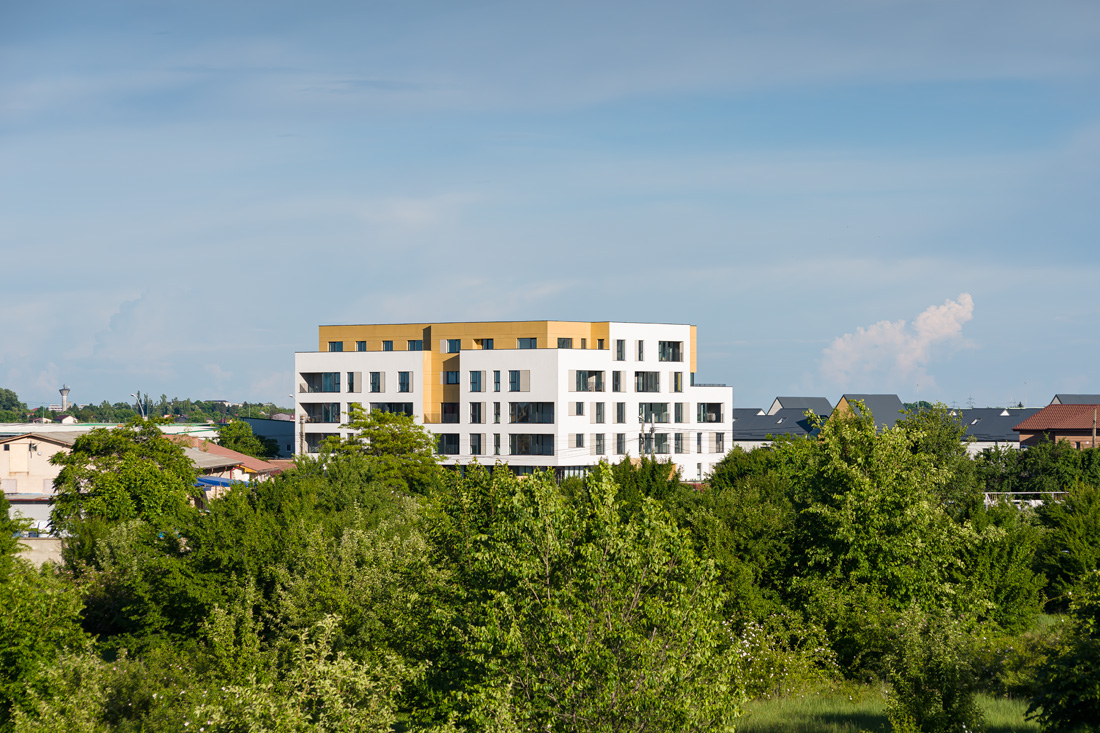 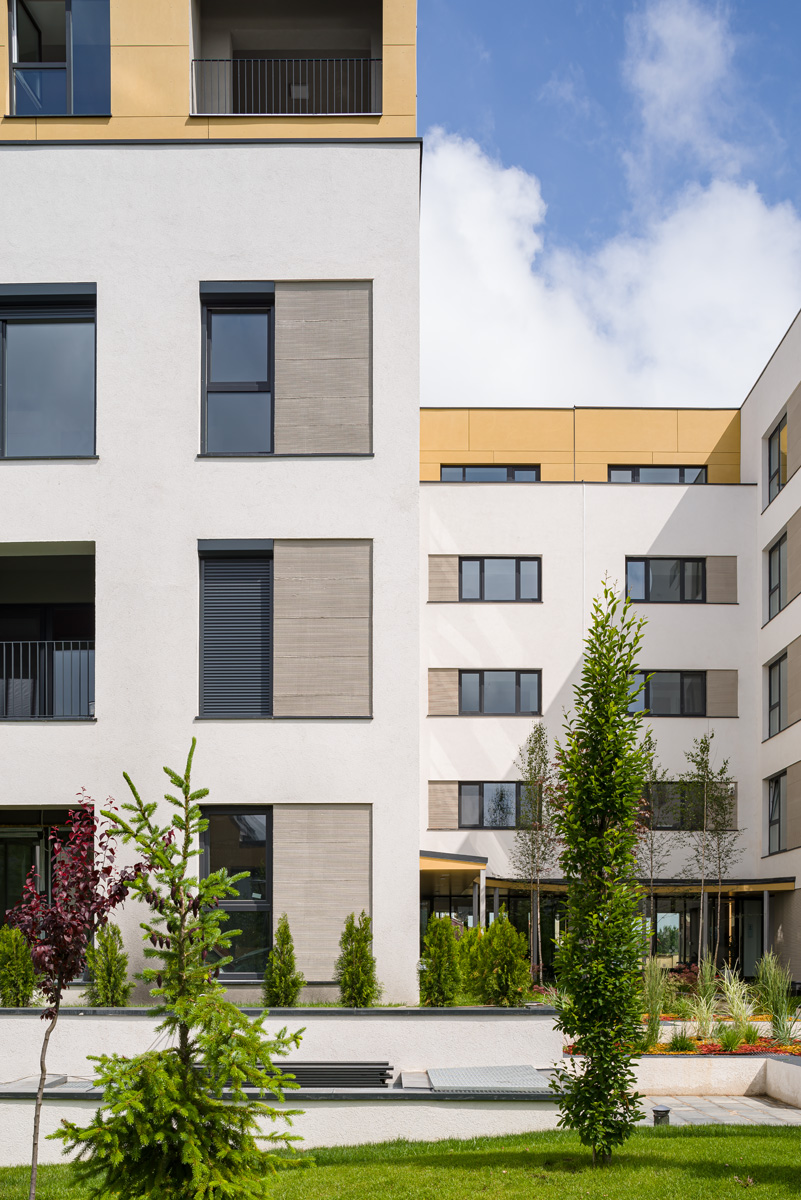 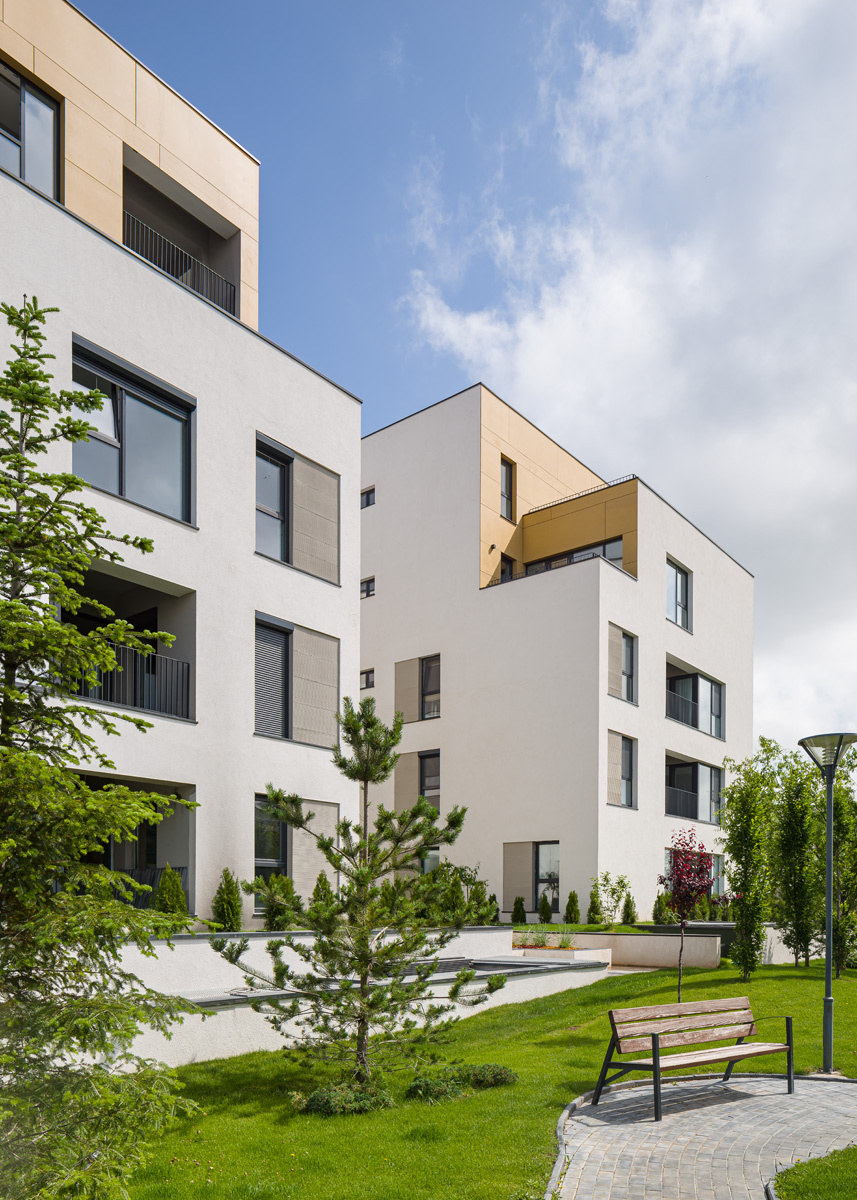 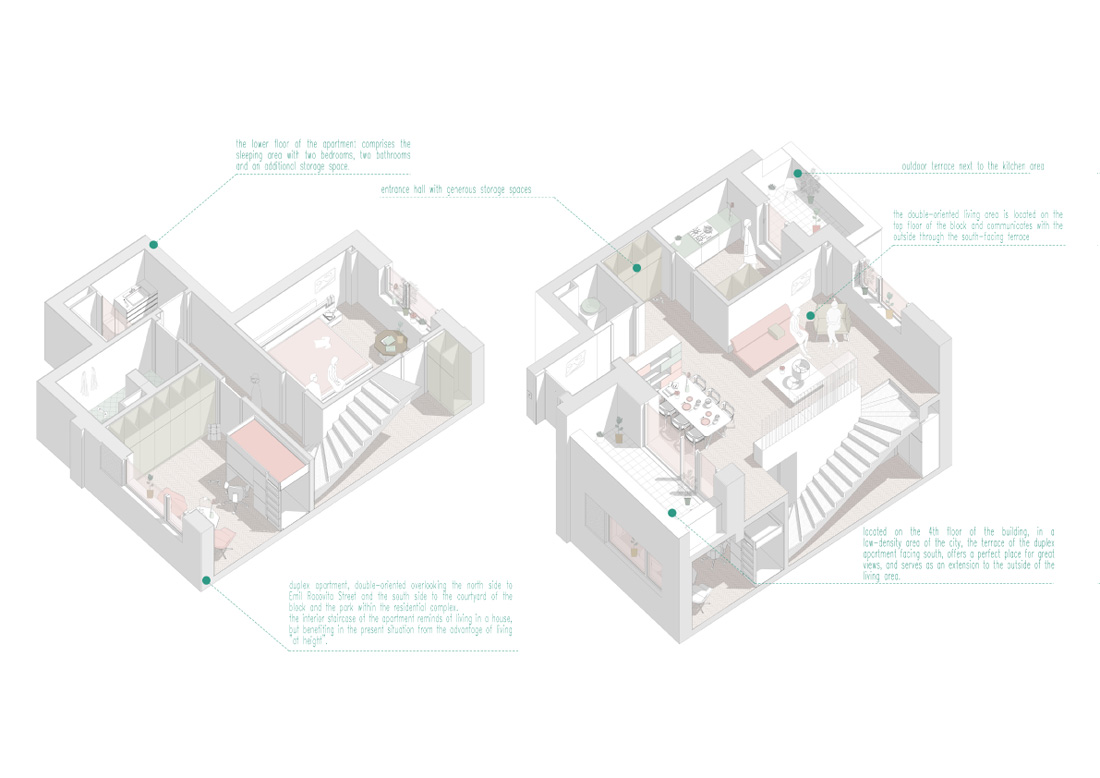 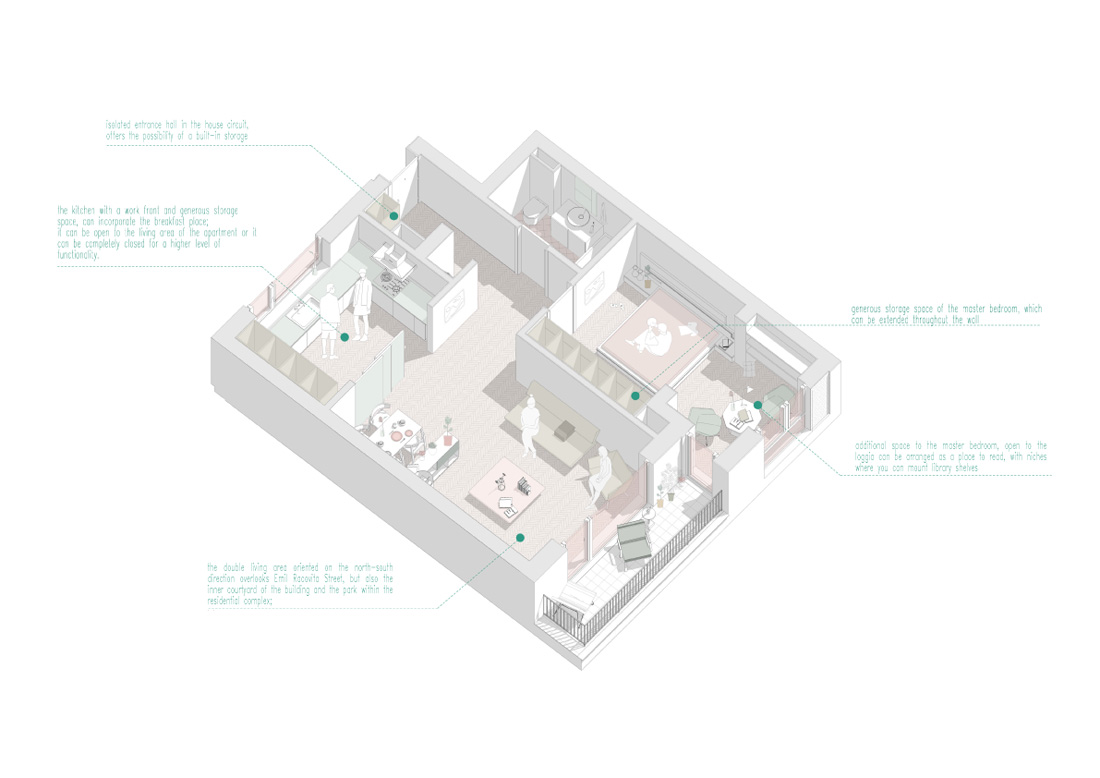 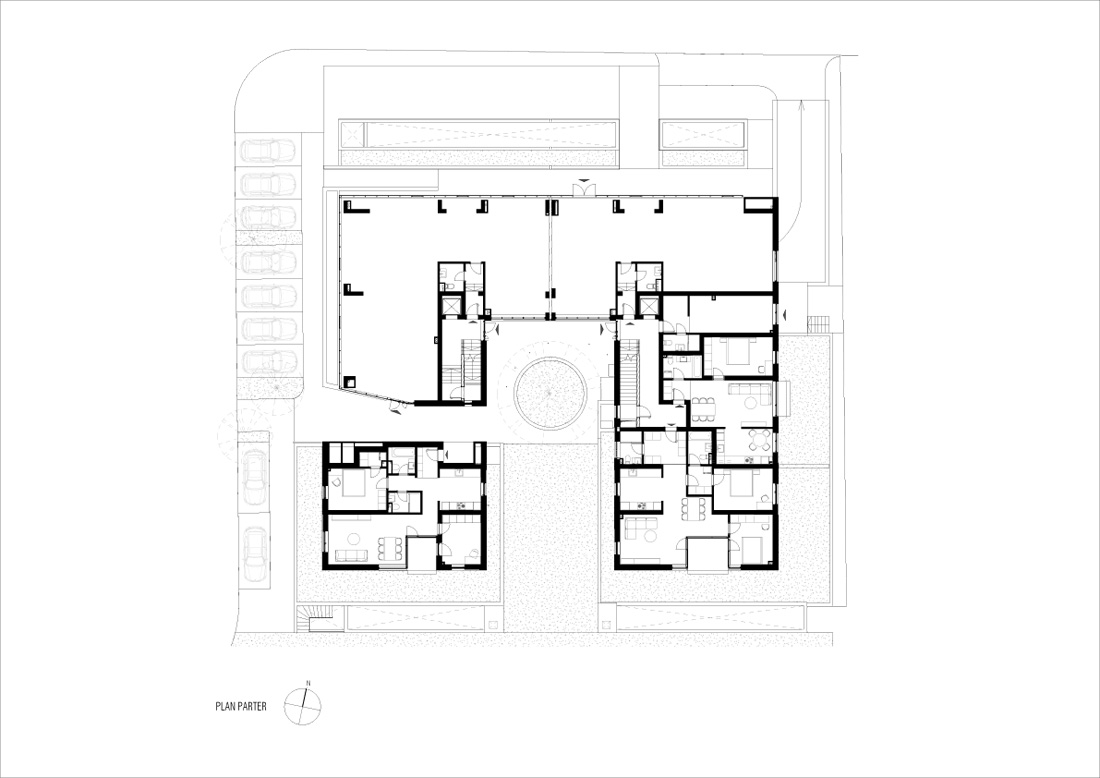 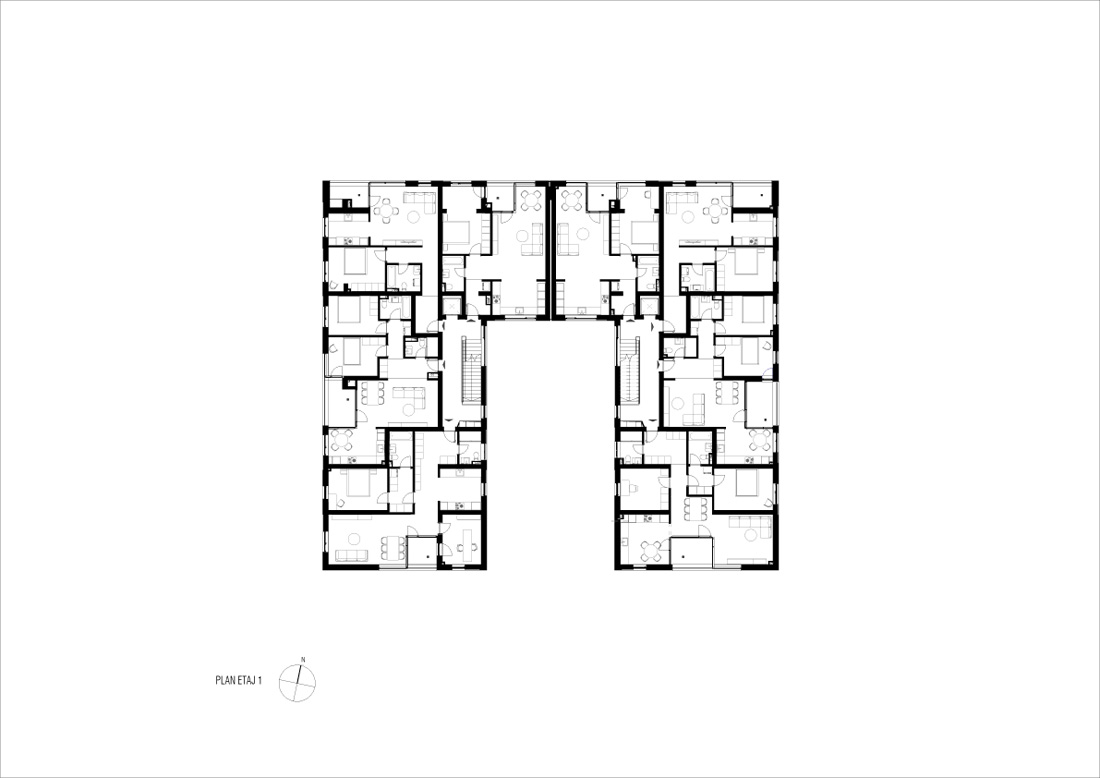