Beer lovers in Skopje have recently got a new space where they can enjoy the taste of unfiltered craft beer in a pleasant atmosphere and a creative interior. The new beerhouse “Center bar” is located in the center of Skopje, on the same site where many years ago fast-food was offered. Unlike the past of the site, the beerhouse with its elegant industrial interior, designed by the architects Erina Filipovska and Milan Dinevski (City Creative Network) presents a completely different experience for the daily and evening exits in Skopje.

The bar is on two levels and is arranged simply, both exterior and interior. Without many applicative elements on the façade of the building in which it is located, without going out of the frame of its plasticity and accidentally or deliberately in the rhythm of the same, with a simple font and in Cyrillic alphabet, the name of the beerhouse is written with luminous letters. The big openings of the glass façade reveals part of the interior story, luring this way beer and good design lovers to enter and enjoy the interior of the space. “The motive for opening this beerhouse is the promotion of the first unfiltered craft beer in Macedonia as an exclusivity of this space. That is, the advertising approach for promotion of beer by creating a contemporary space, in relation to the contemporary way of consuming beer, through an architecturally shaped ambience at the best location.”, say Dinevski and Filipovska.

With their ideas and design approach, they create a space with “easy” comfort at a glance and elegant and fine details, with simplicity in the cleanliness of the materials (concrete, wood, metal). The interior is a dynamic fusion of concrete with natural, achieved through a mix of bare and raw concrete and brick walls, structural elements with metal details, woodwork, greenery and furniture in pastel colors. Some of the installations are left entirely visible, carrying the theme of industrial space. In the whole picture, the interior essentially contains a moderate dose of retro style, but the way the space is shaped allows the space and the style to stay up-to-date even when the “fashion” of the retro trend passes.

A feeling of pleasantness is present on both levels, on the ground floor and in the gallery of the second level which offers greater intimacy. Right next to the entrance, in the double heighted space is located a comfortable island bar which dominates the first level. As a dominant, the bar is shifted from the center of the space, so it doesn’t hinder the movement towards the stairs for the upper level, and at the same time has a close connection with the kitchen. Warmed with an unexpectedly rustic copper shell, complemented by a large tank for draft beer as a central design element, the bar receives an interesting backdrop on the side where it is in contact with the kitchen.

The barrier between the main space and the kitchen is a semi-transparent surface with irregular geometry, with which the cooking part is creatively closed. The stronger lighting in the area where the kitchen makes the illusion as it is in an open space, projects interesting silhouettes, which give a fun, street-like urban ambience. Other specific of this area is the beer-to-go shop positioned on the façade, in close contact with the sidewalk of the street, which fulfill the idea of division of the space by function.

The location, as the architects point out, is one more reason why the space has been re-shaped in this manner. “In the past, in absence of mobile phones, the main meeting location in Skopje was Record/Forum. With the shutdown of McDonald’s, which was at the same space as the beerhouse, the logic of this location as a central spot in the city was shut down as well. Since the content makes the central spaces in the cities, there has been a desperate need for animation of this site. With the opportunity to work on this facility, we got the responsibility, the parameter we set ourselves, to make this location the main meeting place in Skopje again!”, says the architects Dinevski and Filipovska.

As a balance between the micro-cement flooring on the first level and the concrete fine-ribbed ceiling, wooden covering of the stairs and the gallery floor appears. The black steel fence adds a “photoshop” contrast effect, like contour of the stairs and the gallery itself. The simple lined fence does not disrupt the views from the story to the bar and back and indirectly connects with the cables from the electrical installations left visible, especially with the lightening objects. The variety and dynamics of the first level are not repeated in the gallery space, which is organized as multi-zone and type of seating with furniture in pastel tones that additionally emphasizes the intimacy and pleasantness of the ambience.

The choice of materials and the determination to relieve the walls and the structural elements of finishing, especially in the areas along the façade window, putting an accent to the seating area beside it, allows a slight blending of the interior with the exterior – the street. The exposure of the raw surfaces, as well as the fictitious penetration of the city asphalt in the space, is unobtrusively calmed with the extraordinary elegance of the décor that retains the purpose of the space – enjoying the act of drinking beer.

“Center Bar” is a new place in the center of Skopje, which seems will remain faithful to its purposes – beer, food and socialization. With a mature awareness of the environment in which it is located, without attempt to escape the city and create an illusion of space outside the city, becomes another segment that should be part of the urban metabolism.

Milan Dinevski is an architect and curator based in Ljubljana, Slovenia.
Currently, he is the project manager of the Future Architecture Platform at the Museum of Architecture and Design MAO in Ljubljana. The Future Architecture Platform is the first pan–European platform of architecture museums, festivals and producers that promotes ideas by emerging creative practitioners for the future of cities and architecture to the wider public. He curated the exhibition Living with Water – Southern Fringe of Ljubljana dealing with urban development scenarios that explore the synergetic relationships between humankind and the natural environment.

Together with PhD Damjan Kokalevski, he is co-founder of City Creative Network (CCN), a citizen initiative and research center based in Skopje. CCN develops design concepts and editorial work with cross-disciplinary teams of students, architects, artists and other professionals worldwide.
Among others, he collaborated with BevkPerovic Architects from Ljubljana, Archipelagos design studio from New York and was part of the collective KUD C3 Ljubljana.
He started his education at the Faculty of Architecture in Skopje and is a holder of MArch degree from the Faculty of Architecture in Ljubljana. His work is focused on various initiatives, projects and research that connect urban planning, education, activism and city authorities.

Erina Filipovska is an architect, designer and maker born in 1982. Read more about her experiences here. 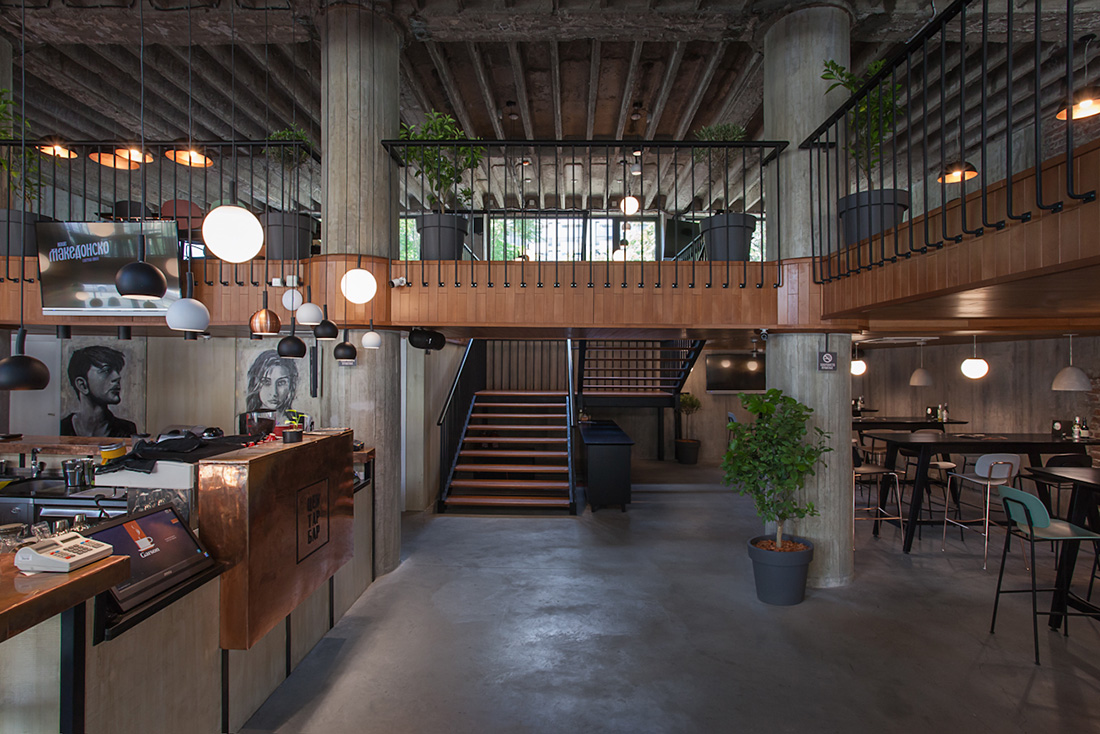 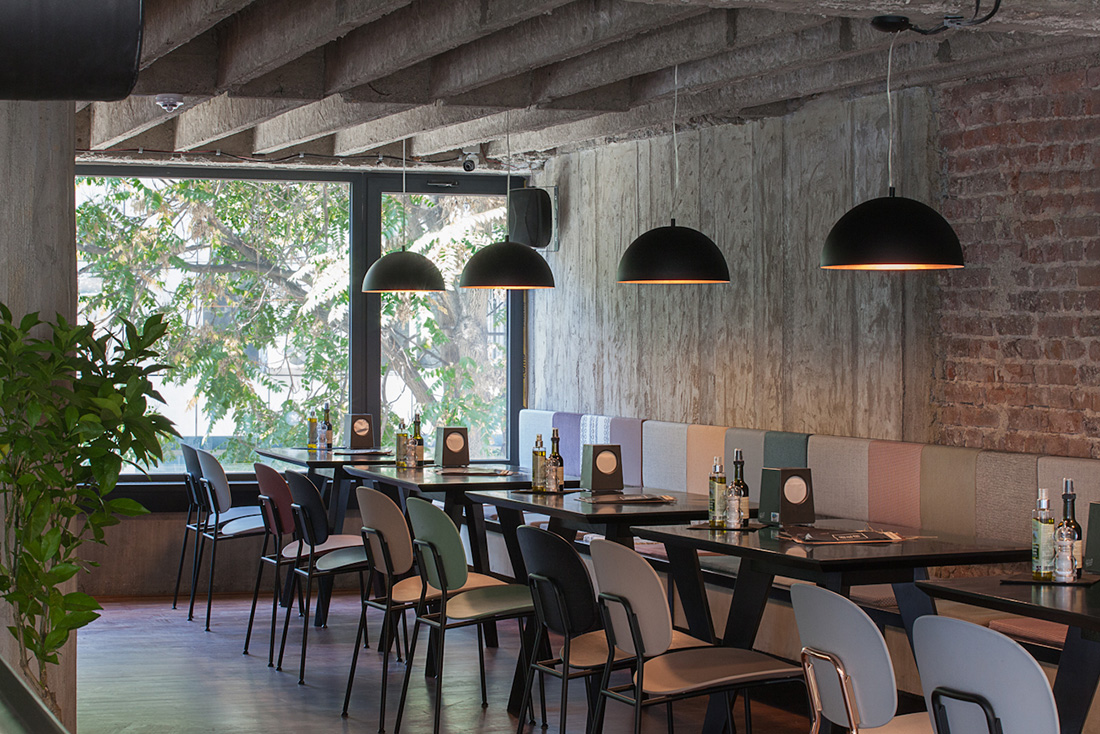 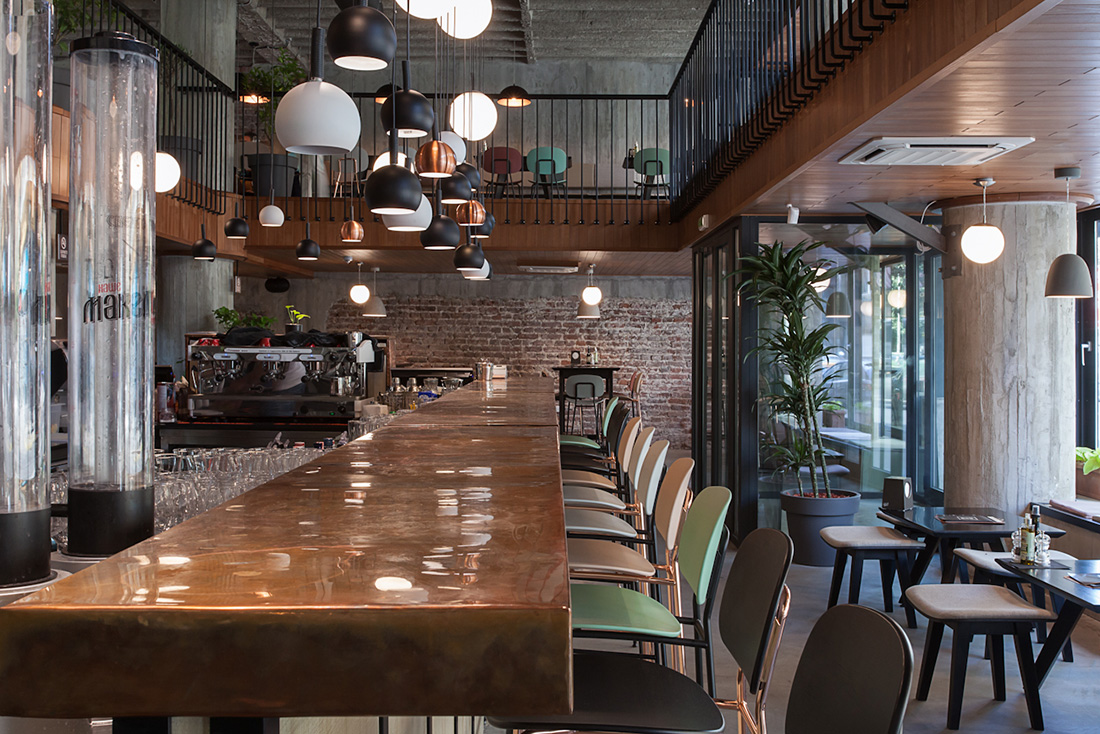 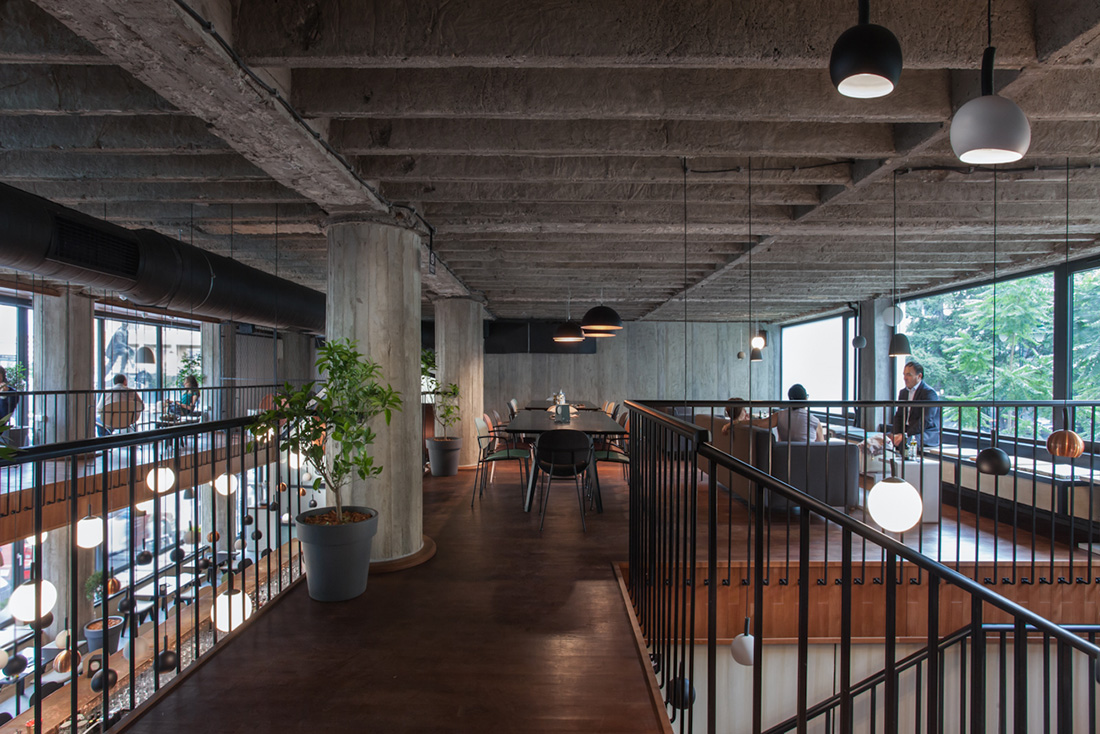 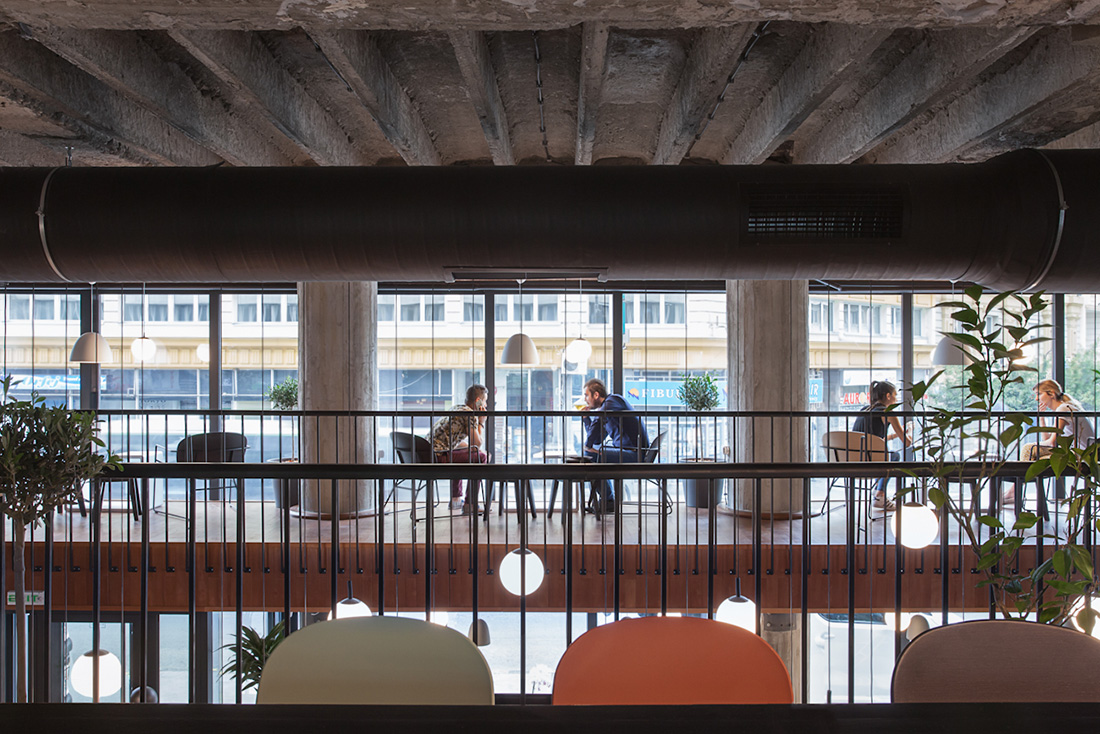 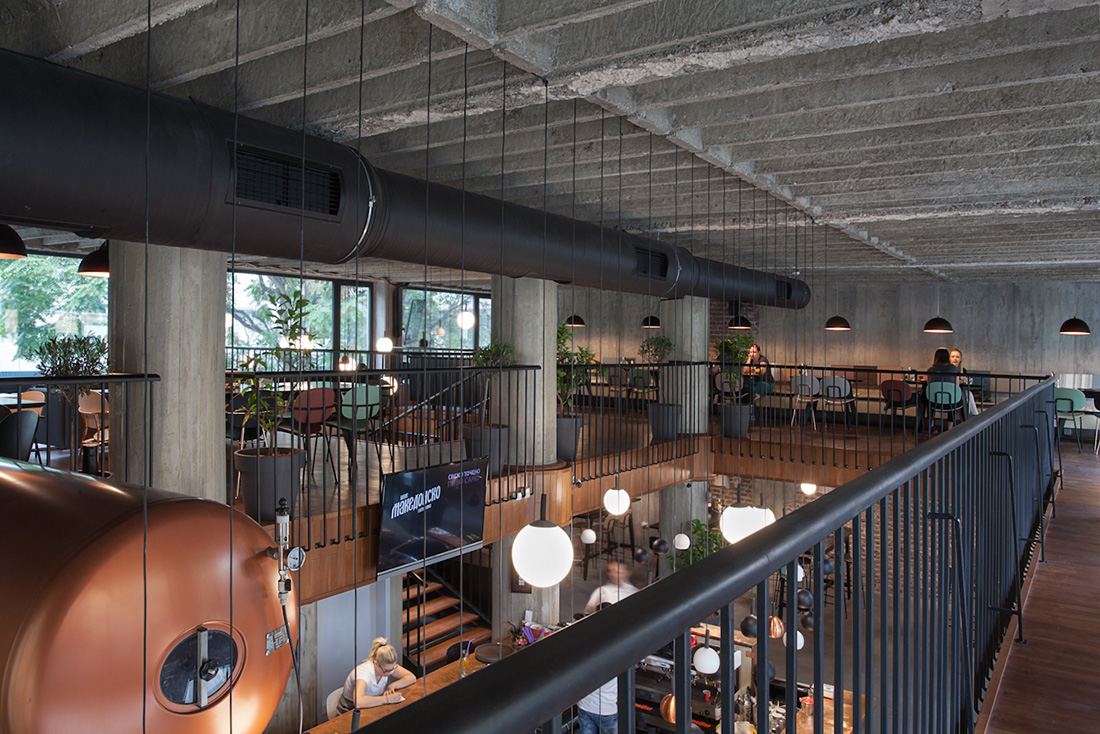 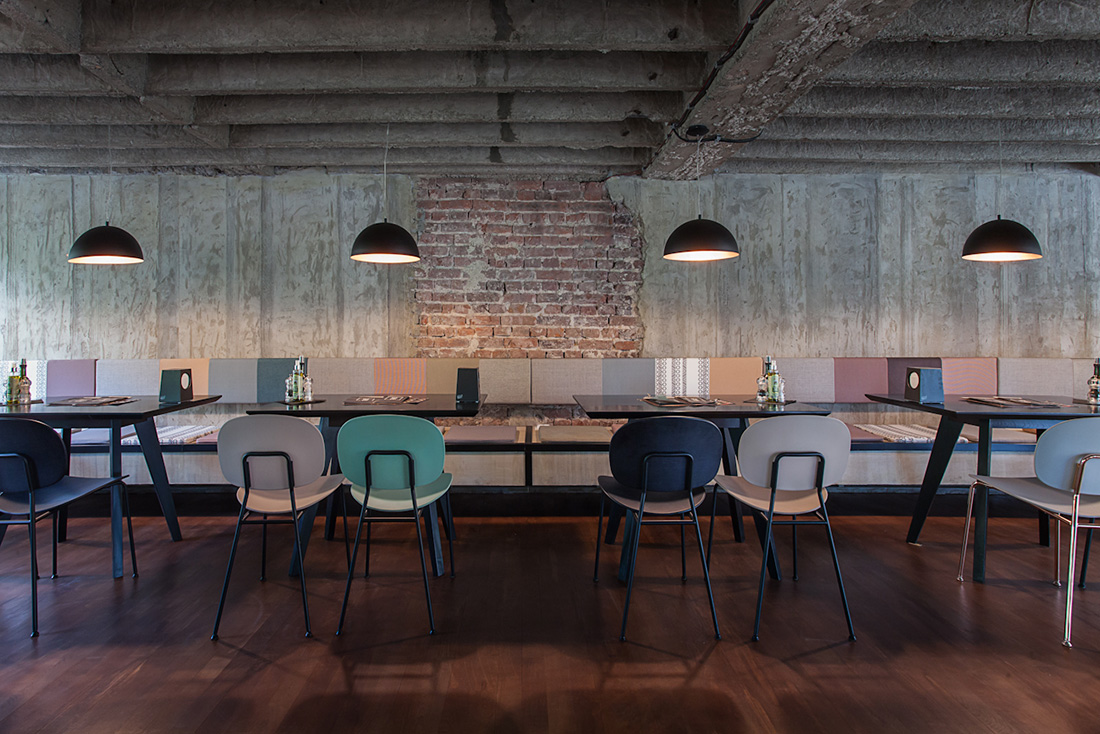 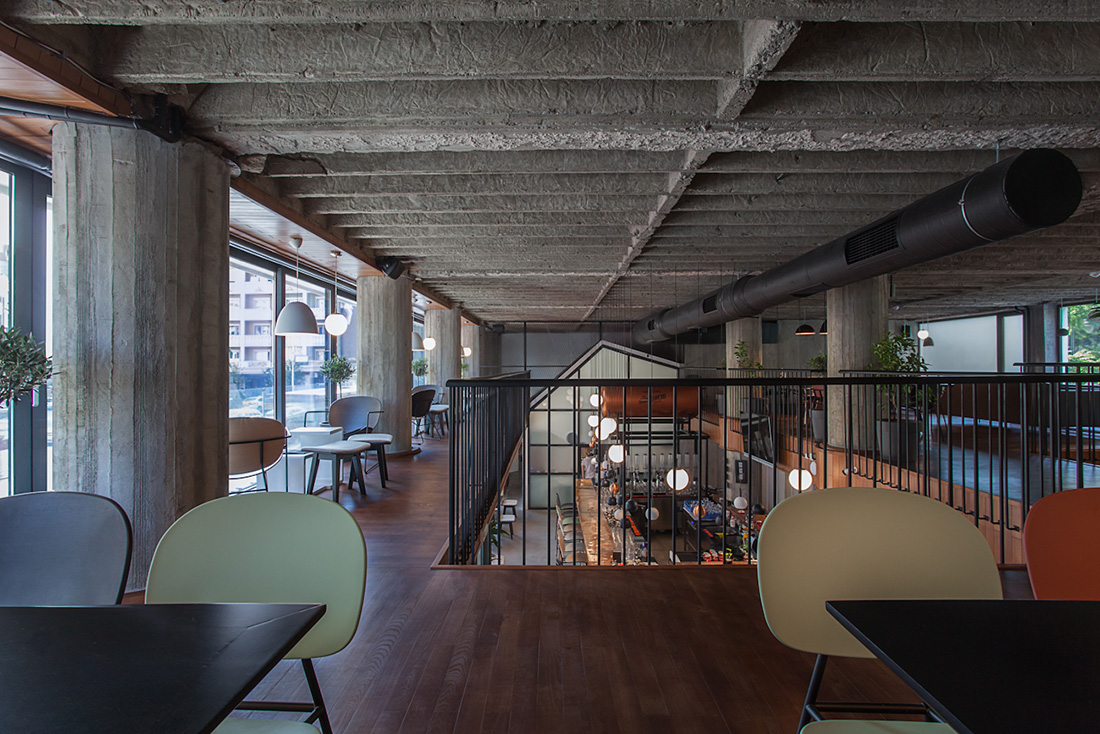