The presented project is located in the Dorobanti area of Bucharest. The project consisted in a functional re-conversion and adjustment of the layout so that a pharmacy could operate inside the given space. The challenge of the project was to create a space that goes back to the idea of a classical pharmacy, to a personalized care way, where buyers consult with the pharmacist, where they cannot see the exposed drugs and at the same time to create a pharmaceutical preparation lab for special prescription medicine which had to be visible both from the inside and the outside of the pharmacy.

Emphasis was placed on the three essential elements of classical pharmacy: special medicine cabinets, serving counter, and the pharmaceutical preparation lab, all the other elements adjacent to them being passed into the secondary plan and forming a sterile box that shelters them.

The space proposes a simple and clean design, a “septic” space without advertisements, as a setting that re-establishes a traditional interaction between pharmacists and clients. 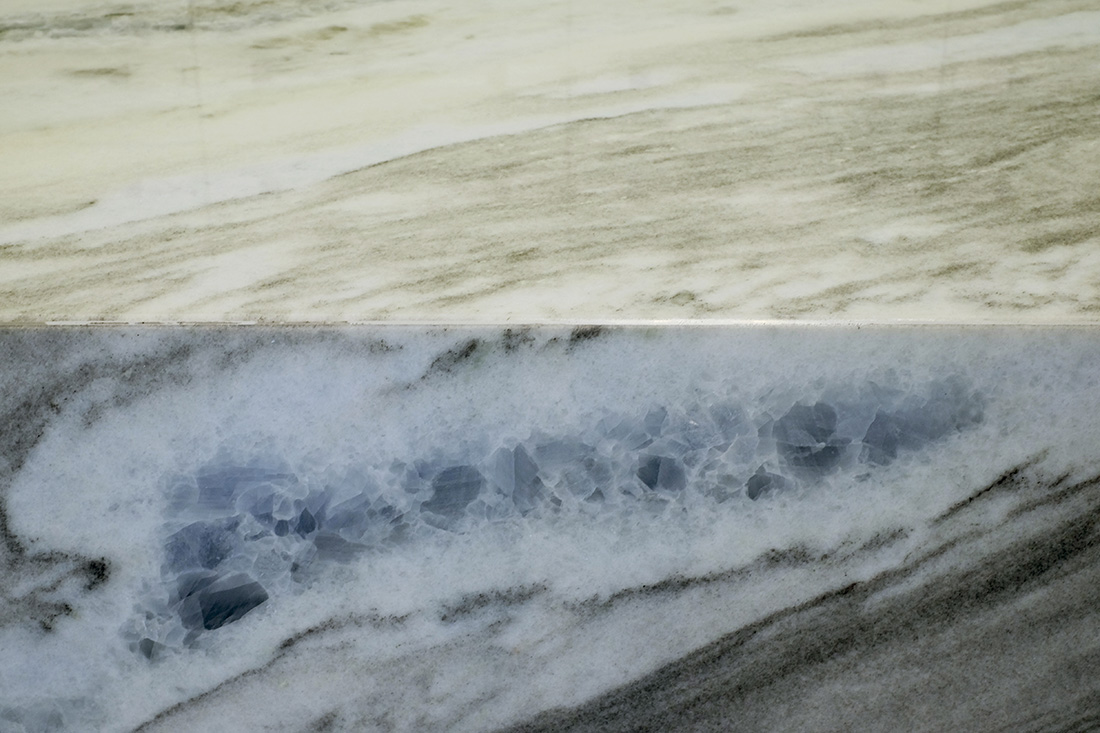 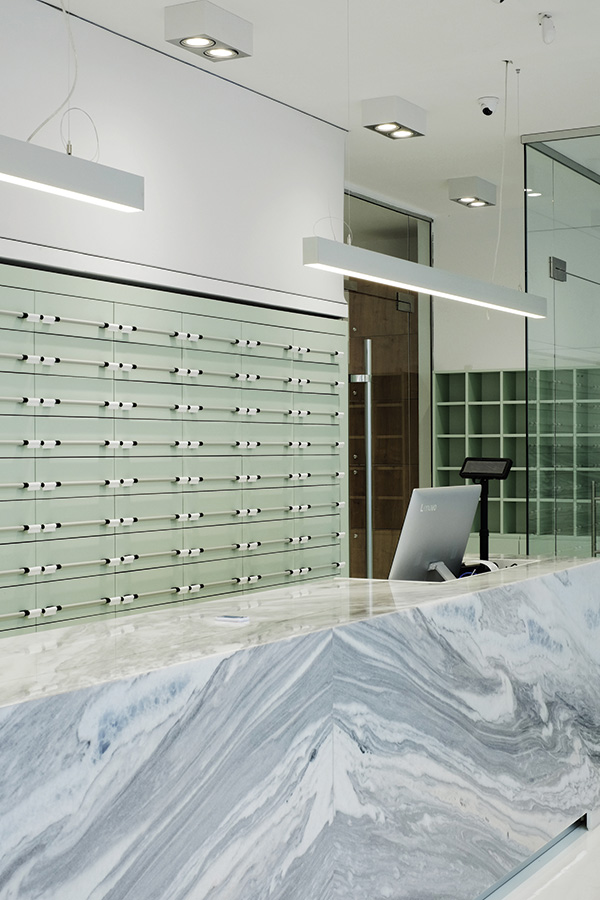 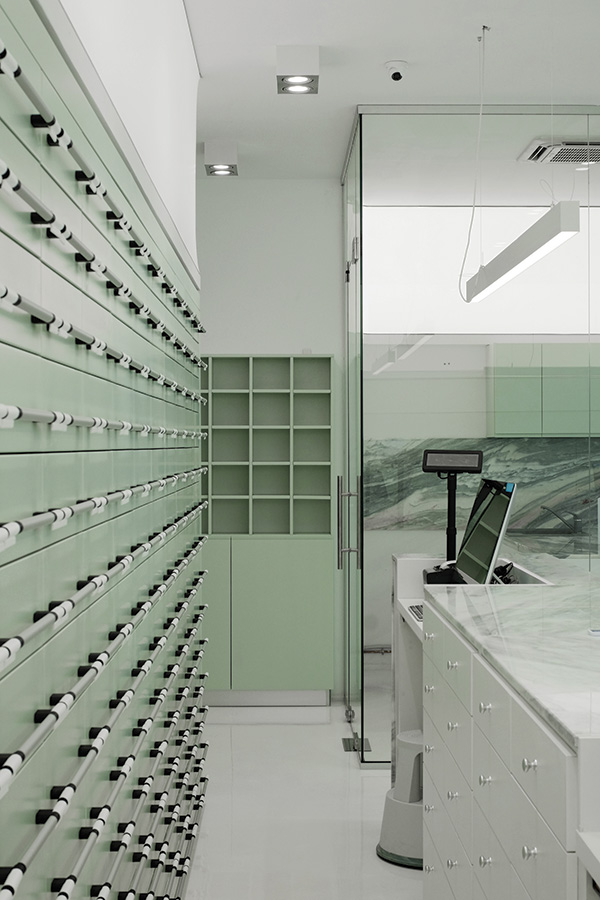 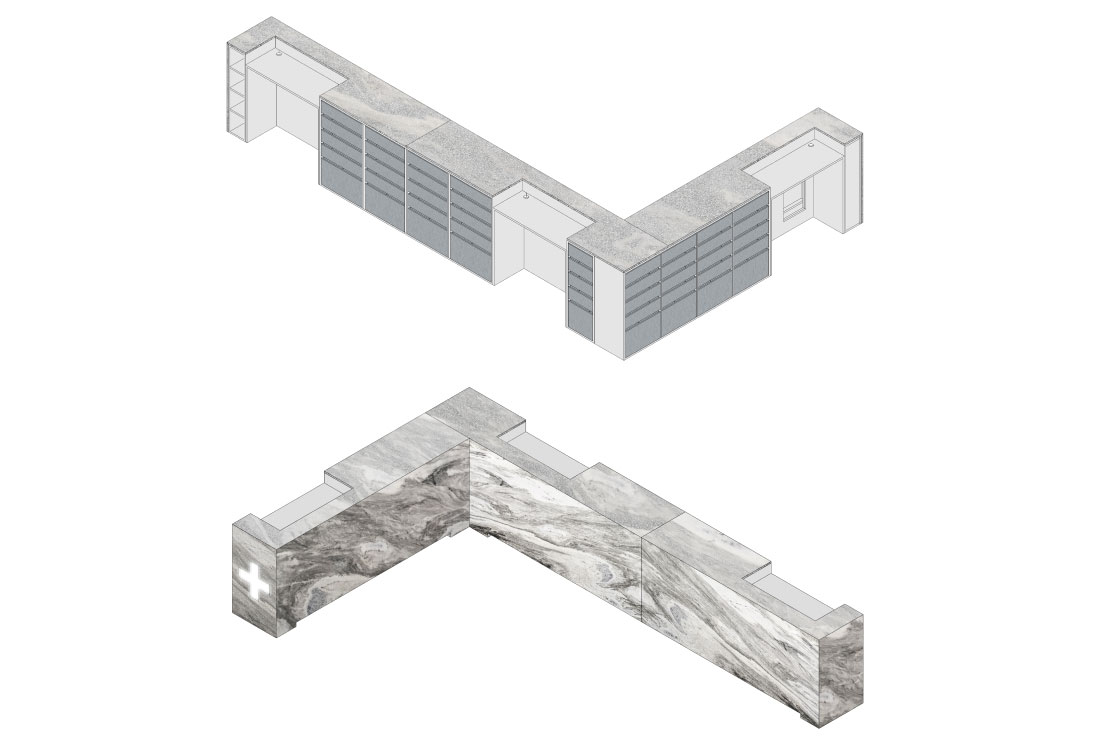 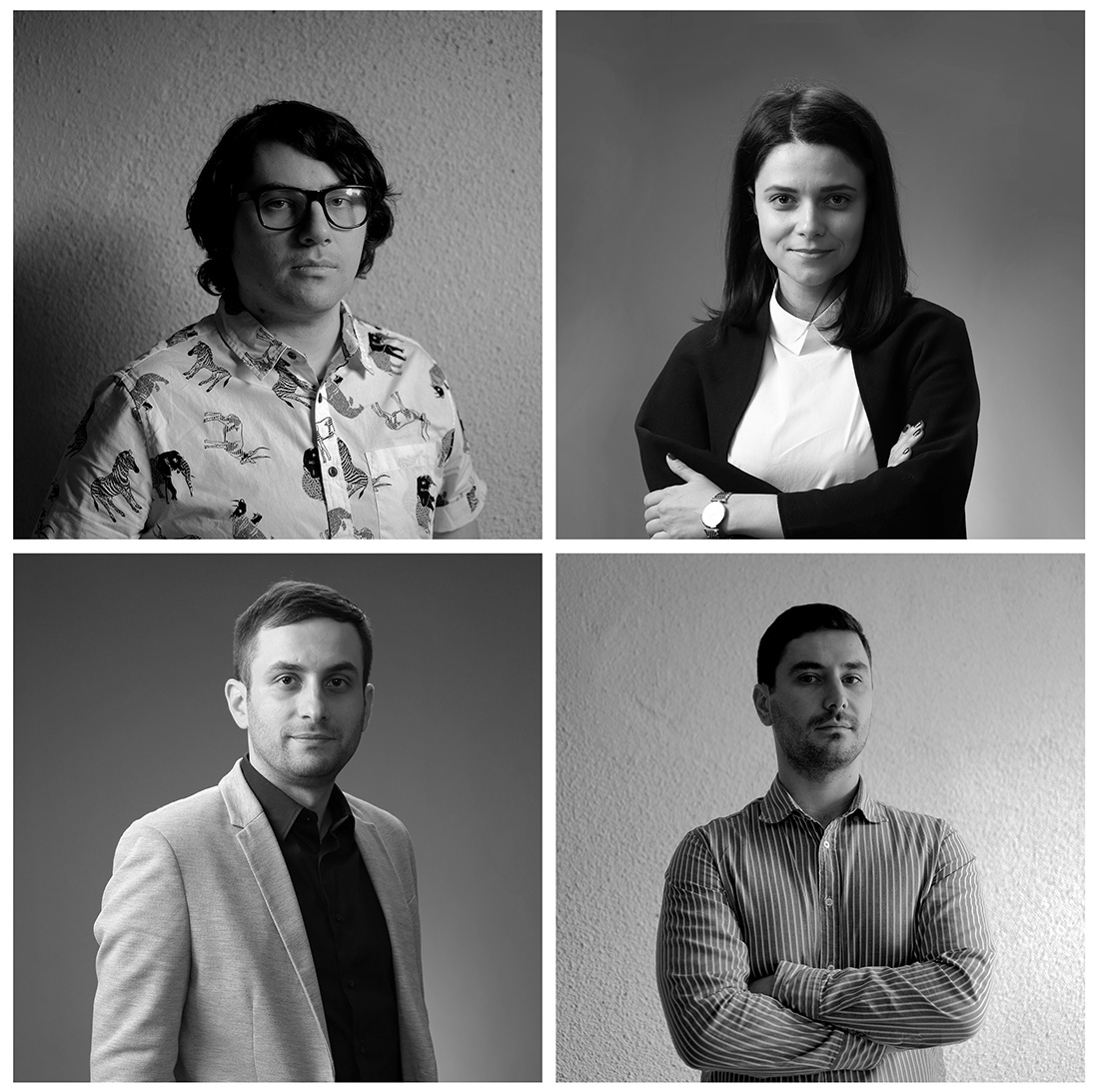