This project being in-between sculpture and architecture offers to the city of Bologna a recognizable monument and a new reference to the historic center. A landmark that enriches the skyline of the city and allows people to evoke the past in remembrance of those who have suffered the tragedy of the Holocaust. Thus, the structure of the wooden bunks of the concentration camps, where bodies of prisoners were piled and their will to live has been destroyed, takes shape in an urban context.

The obsessive repetition of the module creates an impression of the structure that increases dramatically. At the same time the monument is positioned on a pre-existing square (builded above the Bologna High Speed Train Station) and positioned perpendicular to the two existing white stone-walls. The Memorial is made up of two symmetrical cor-ten steel parallelepiped blocks of 10x10m each. Their position converges to create a path, which begins with a width of 1.60m, drastically narrowing to just 80cm. A sense of disorientation leads the visitor to immerse themselves in a personal experience of one of the most tragic events of the 20th century. 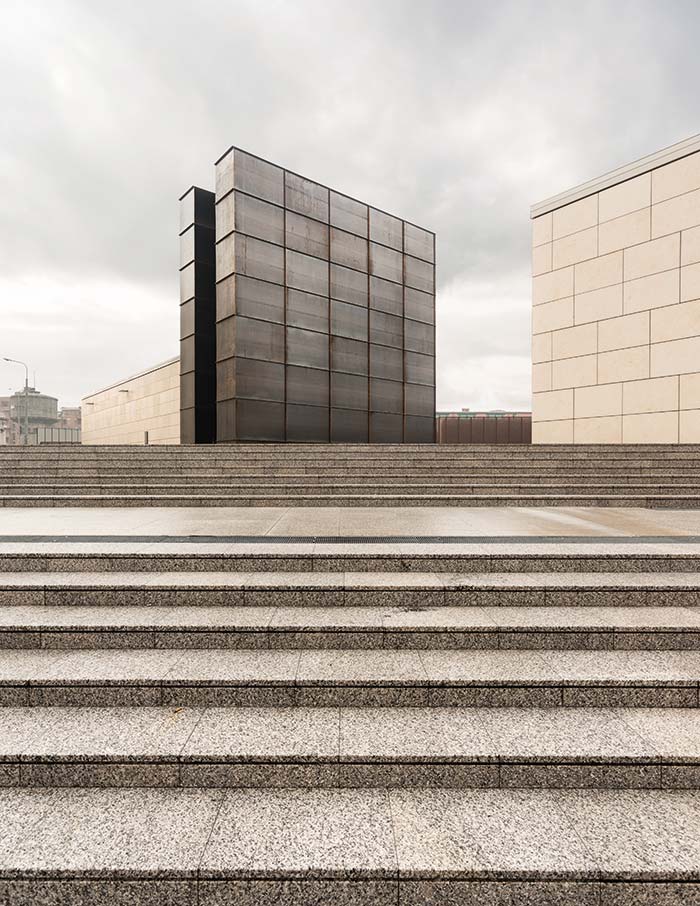 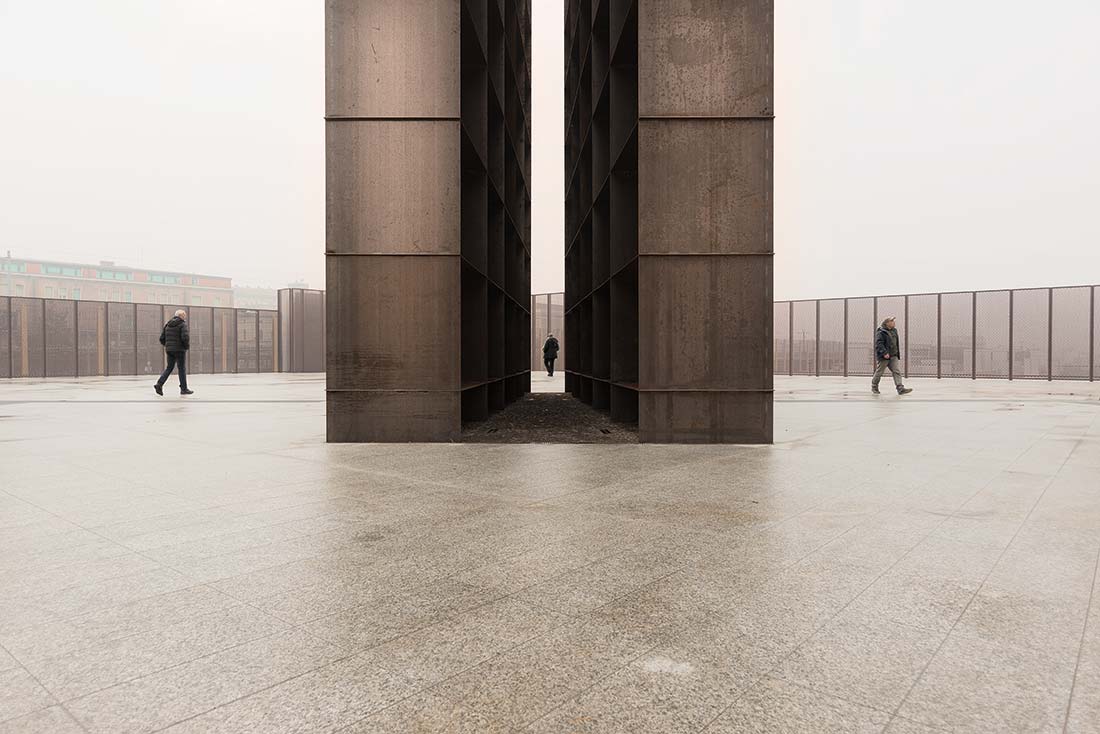 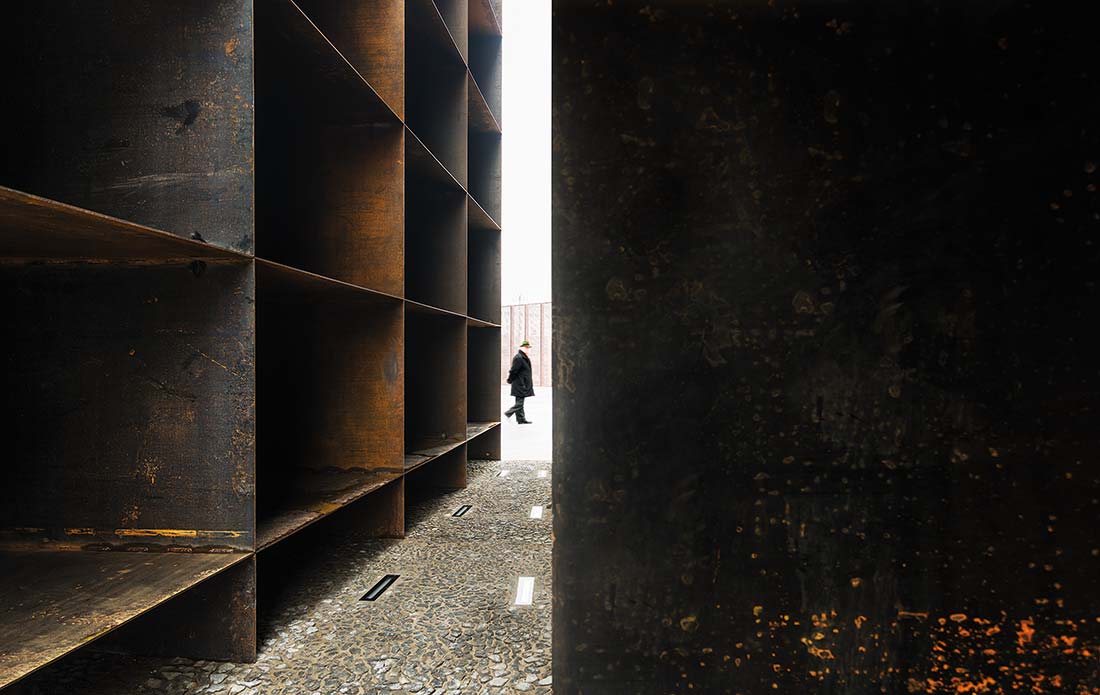