AURORA is the goddess of dawn. She renews herself every morning by dawn and flies across the sky from east to west announcing the arrival of the sun. She has a brother, the sun, and a sister, the moon. She has had many men and has 4 sons: the winds from north, south, east and west. Her symbol is a chariot. Ancient Greek poets used the name aurora metaphorically to refer to dawn, often mentioning its play of colors across the otherwise dark sky. The flowers in the vases blossom in the morning as the goddess renews herself. The aurora vases come in the same colors as the aurora borealis celestial scene. The vases are divided in two stainless steel pieces of three different colors and three different sizes. 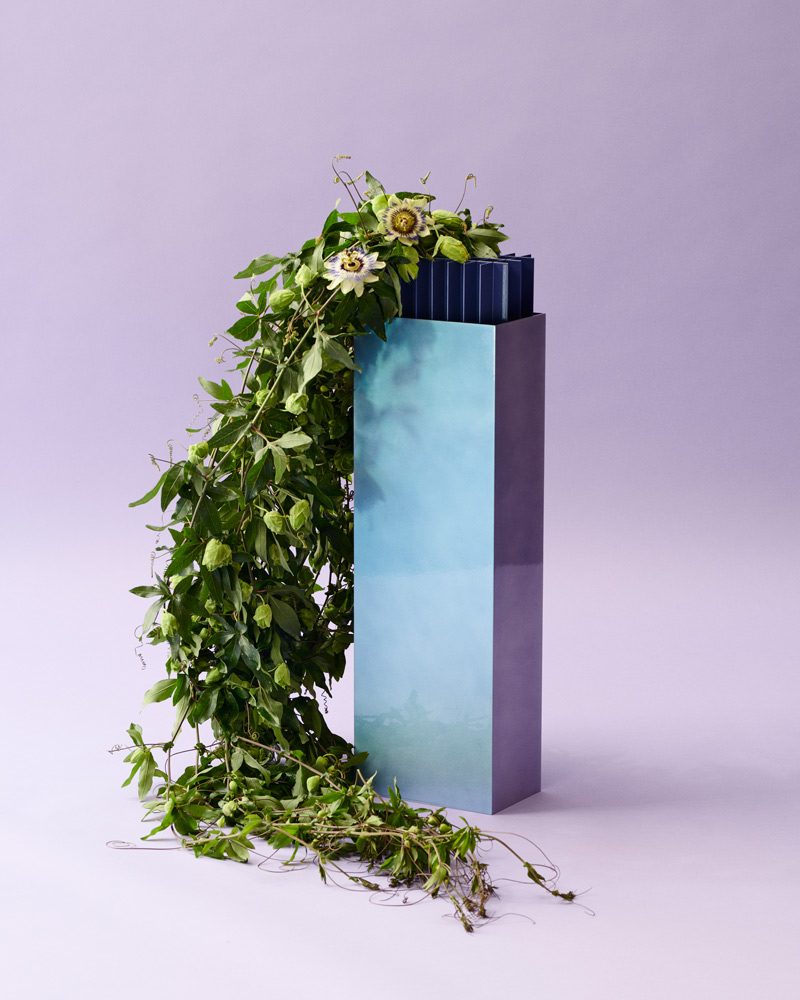 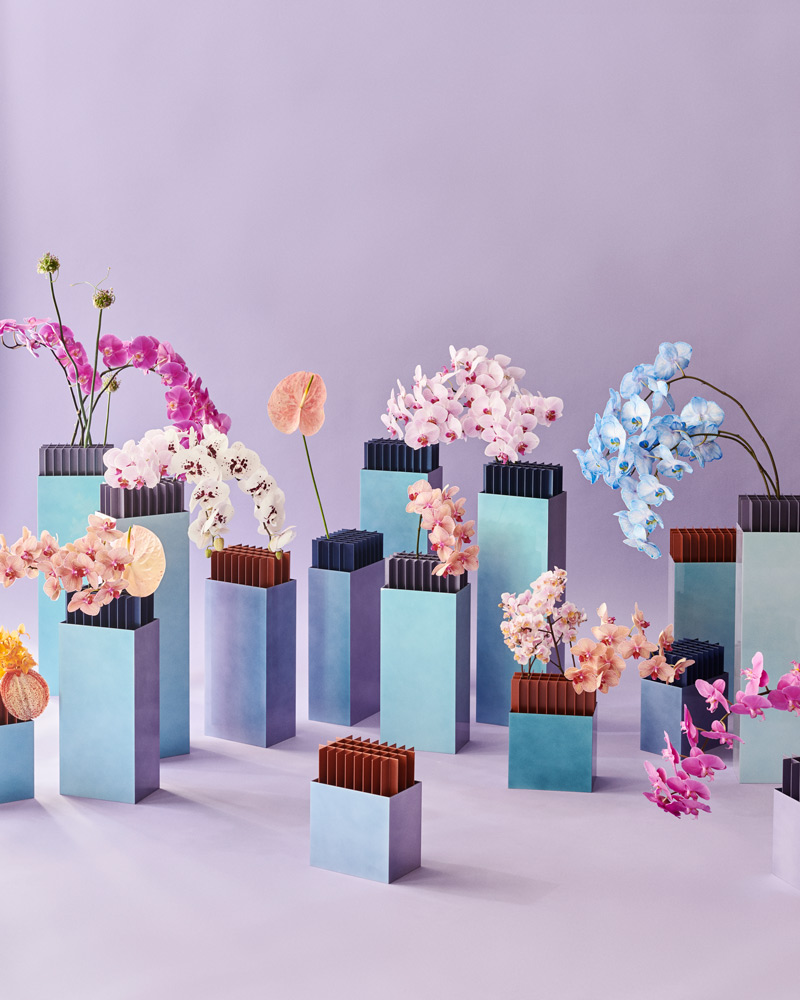 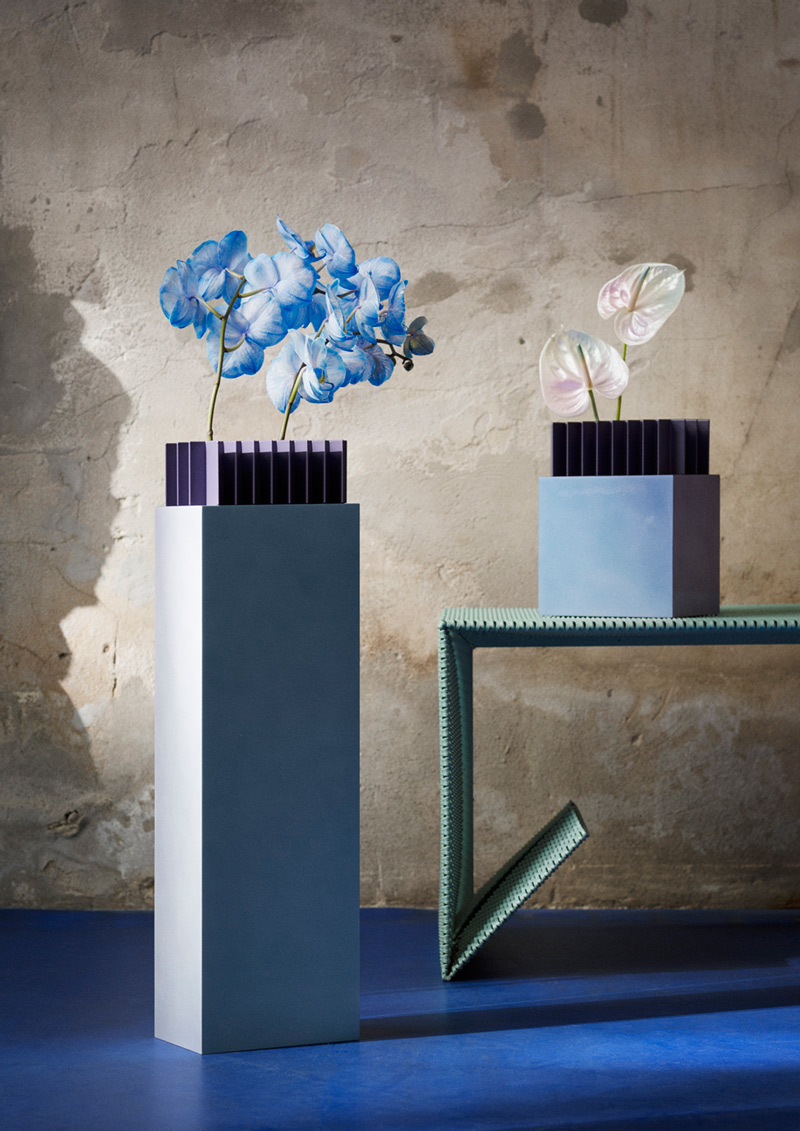 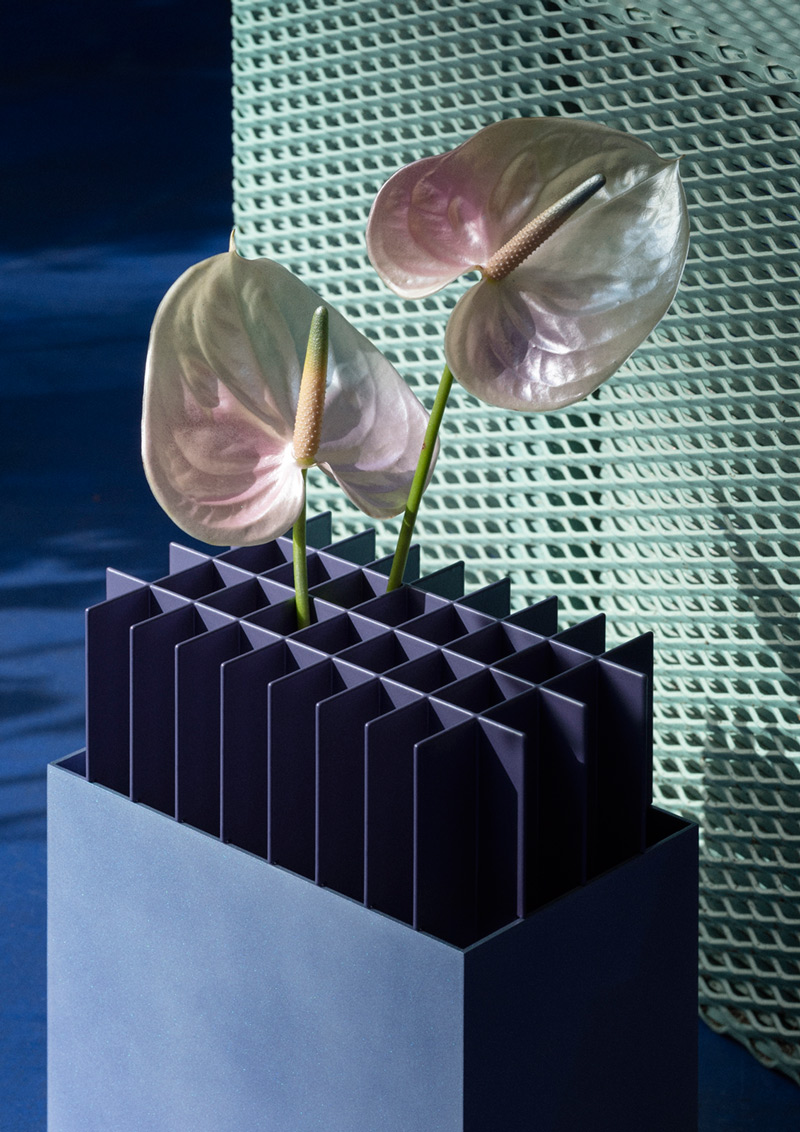 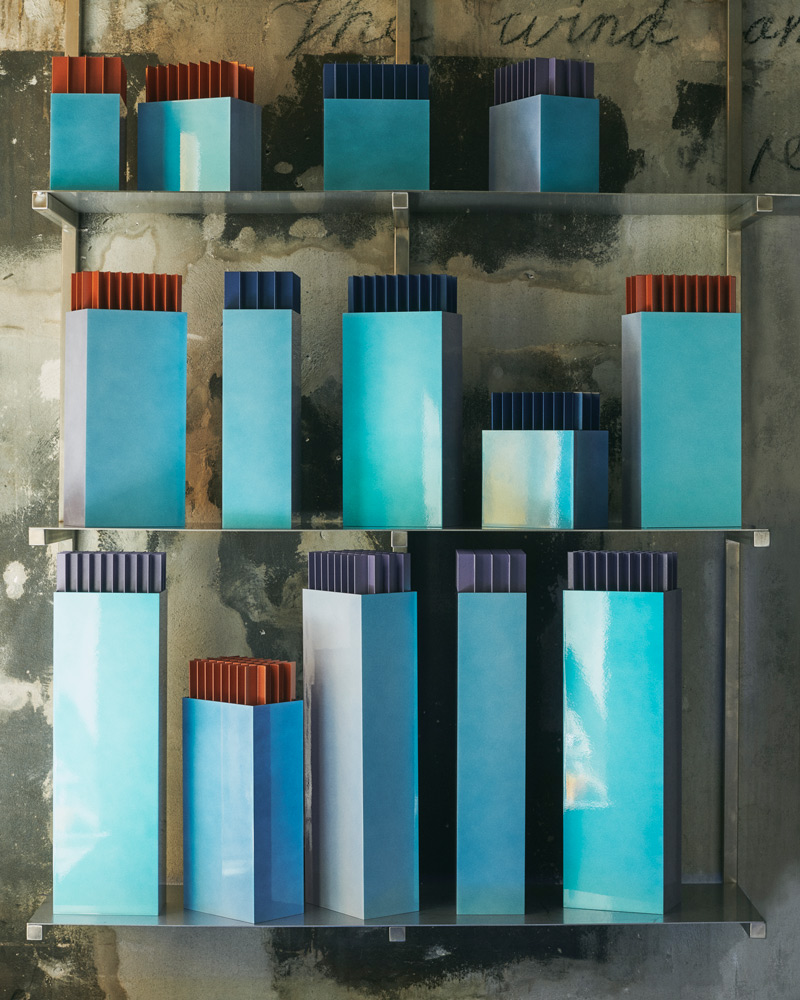