AS House by G&A EVRIPIOTIS; Greece

As House is situated on a slope on Paros Island. The scheme suggests an agglomeration of ‘’primitive’’ volumes and a reinterpretation of the Cycladic Vernacular Architecture. The dry-stone wall is re- introduced defining a new topography of generous outdoor terraces protected from the high North winds. The main axis of the proposal runs along the contour lines of the plot, creating an articulated, elongated plan. Private and public areas intersect each other in vertical relationship, framing in the meanwhile a welcoming observatory towards the mesmerizing view to the Aegean Sea. Protected courtyards, covered verandas and wide-open terraces, complete the whole synthesis; propose a hospitable domestic totality and a different paradigm of Cycladic Architectural Language. As an absorption of the above-mentioned architectural gestures, the project’s materiality underlines the spatial conjunction, whilst succeeds integration with the surrounding context. (Text: Angeliki Evripioti, Yannis Karras)

What makes this project one-of-a-kind?
The reinterpretation of Cycladic Architectural Language, the initiated dialogue between the project and its natural environment, the creation of a hospitable yet Doric scheme. 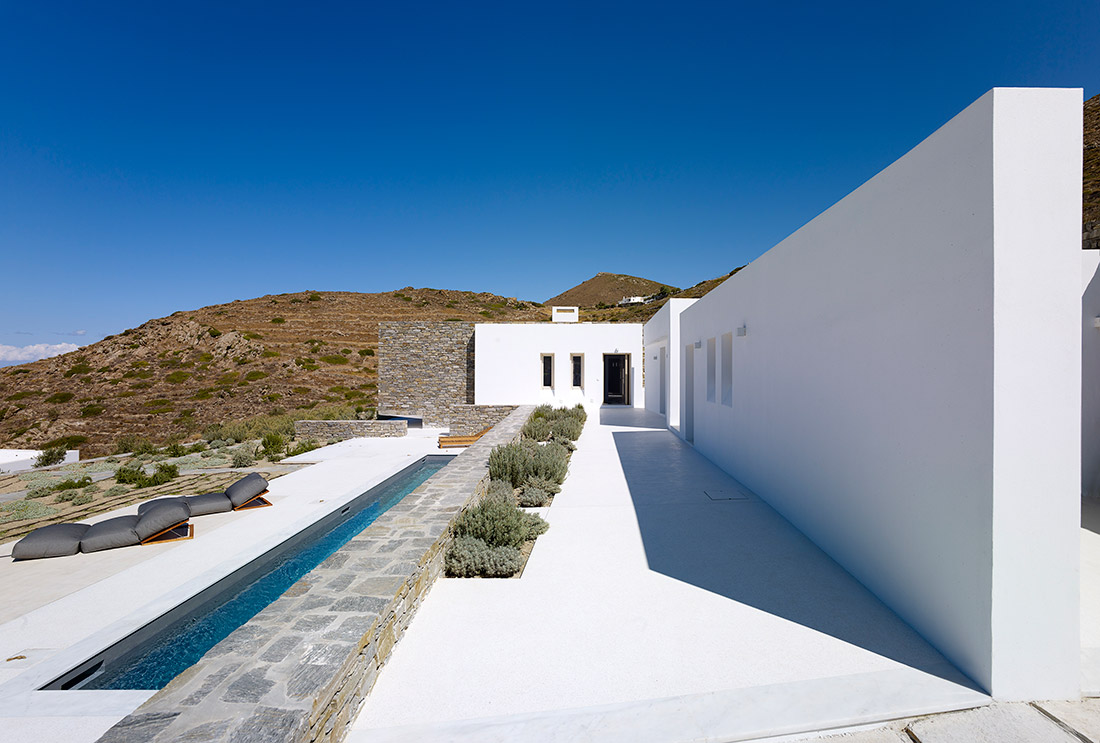 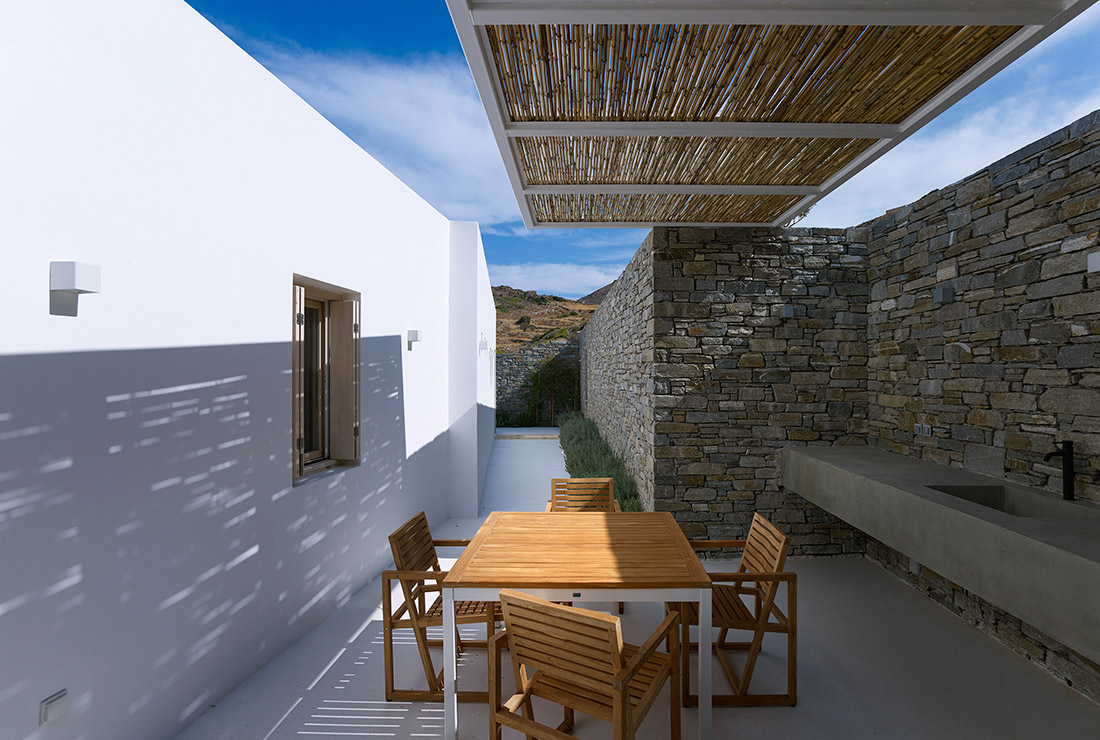 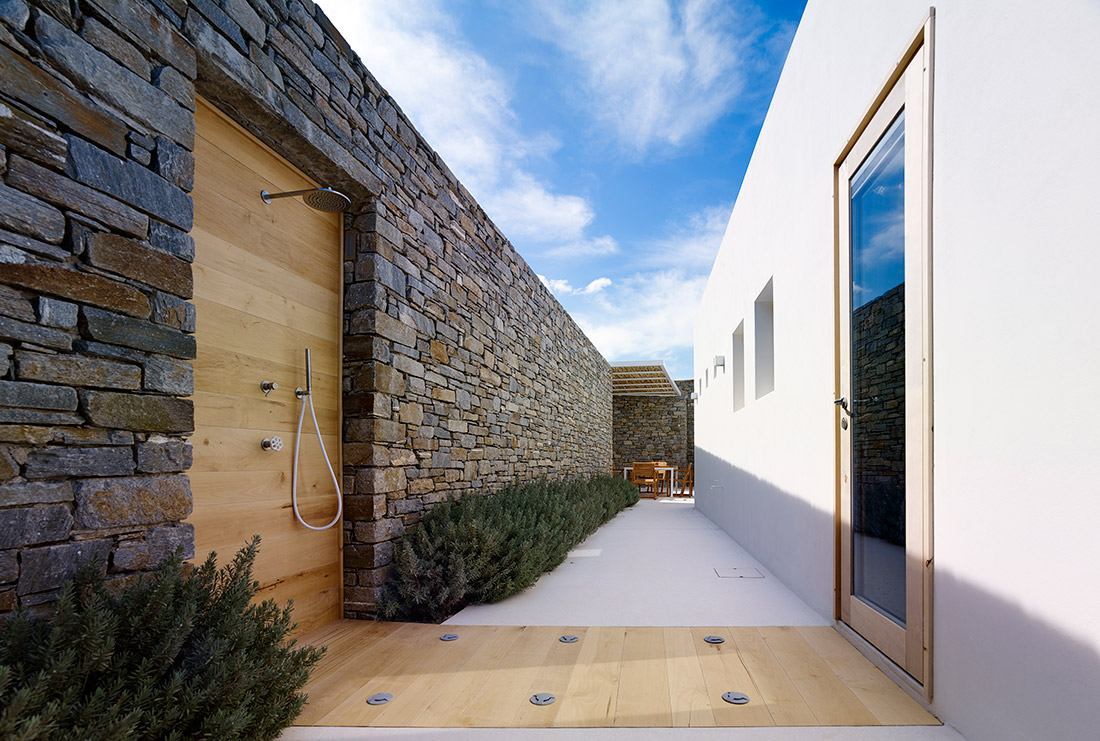 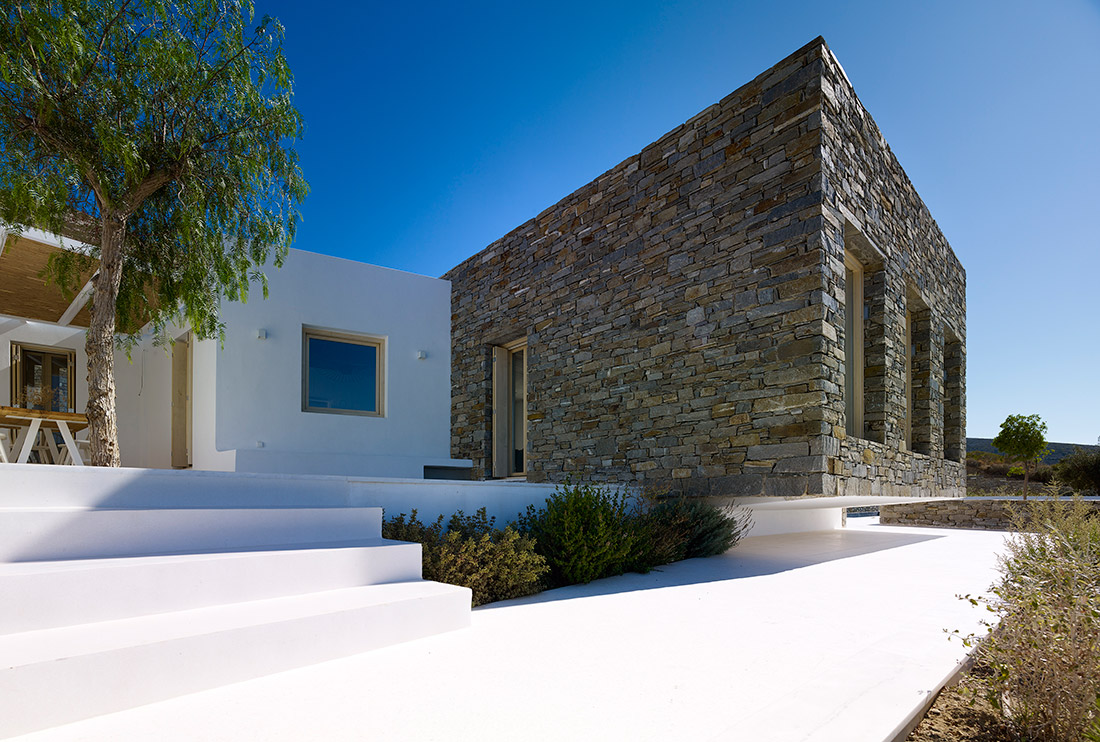 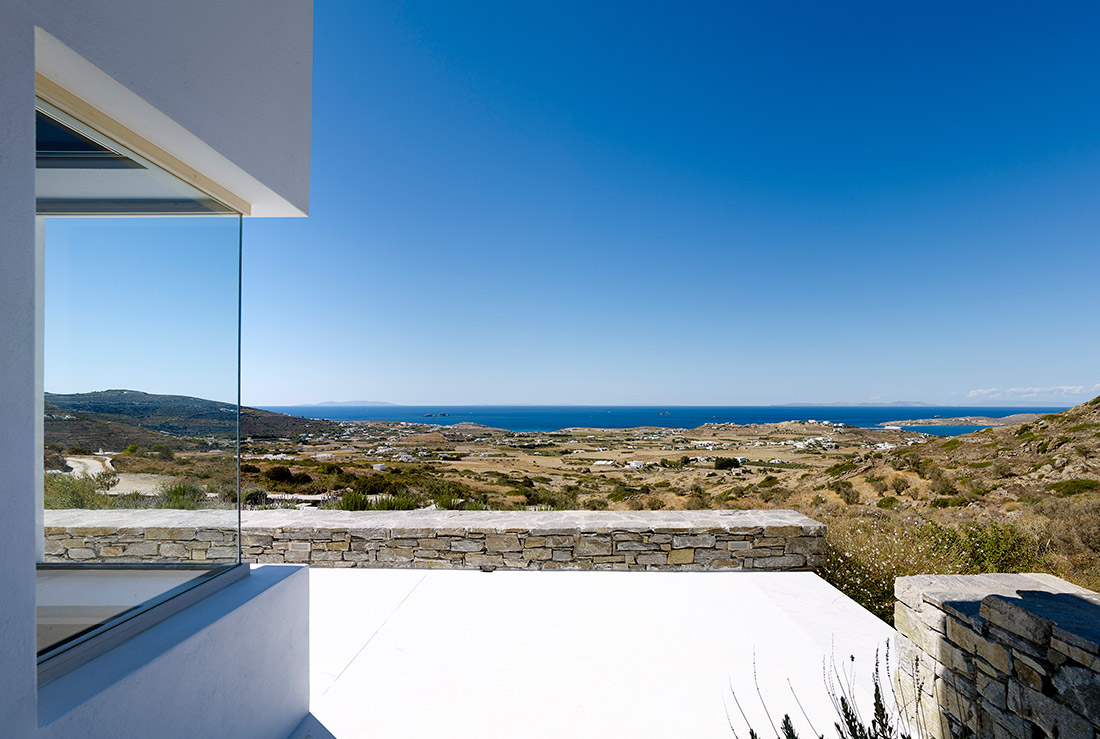 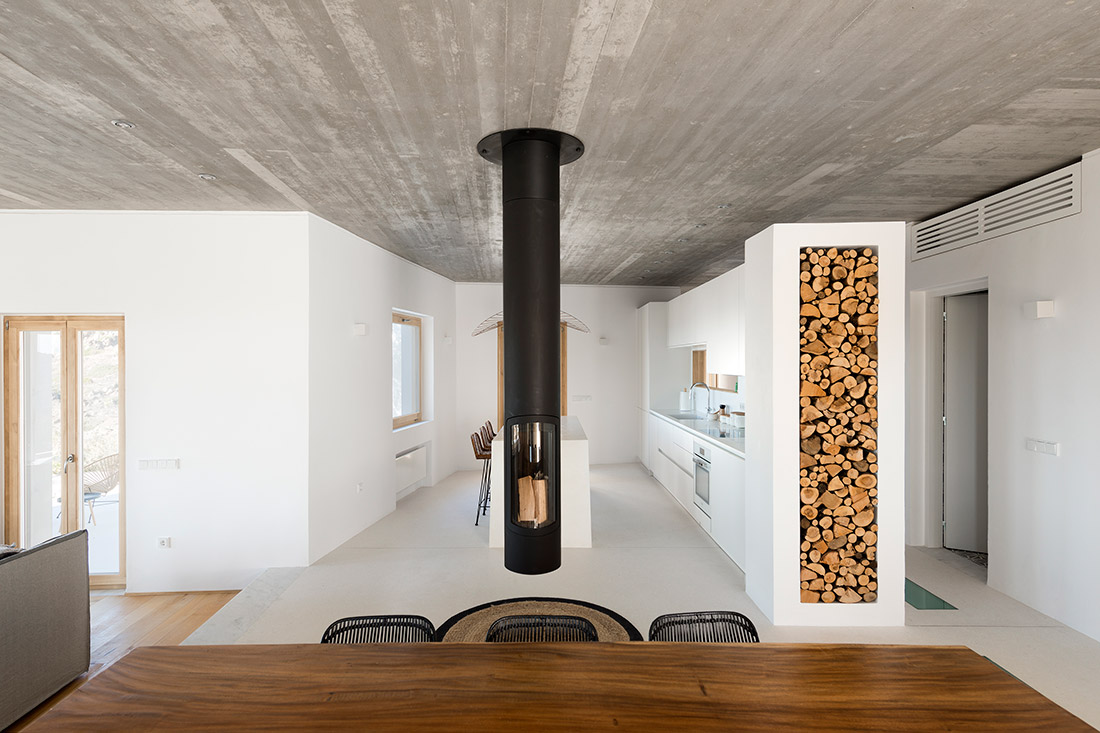 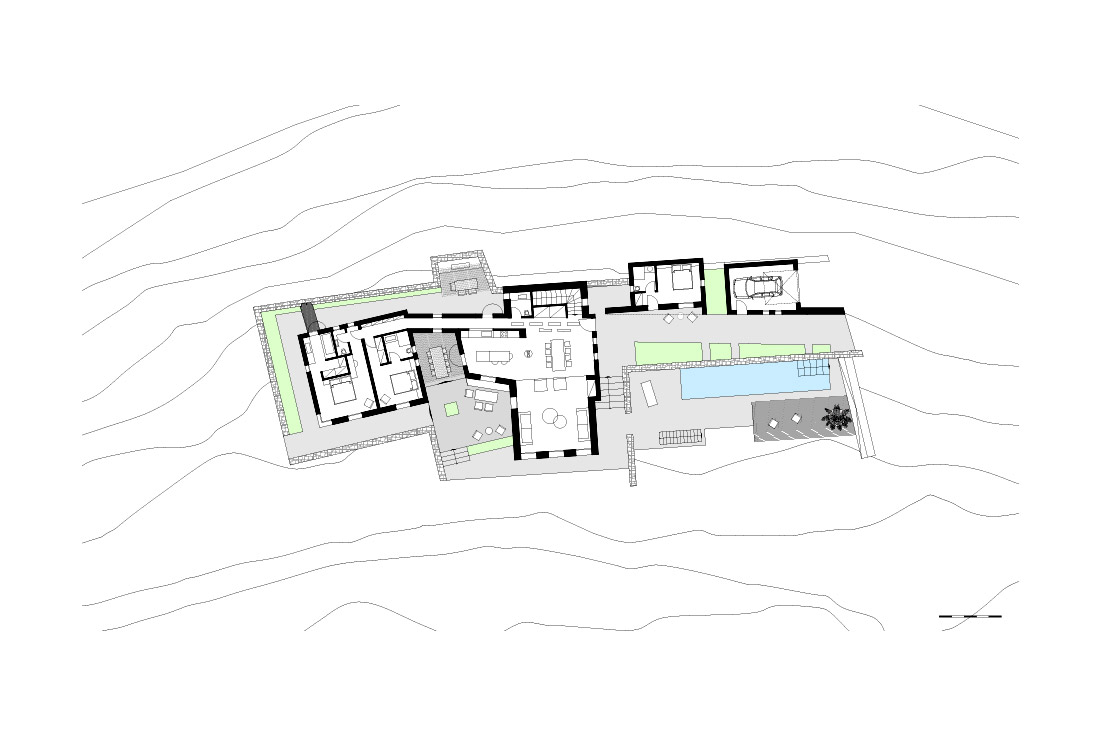