Unterach, a small town with a population of 1,500 located at the south-western end of the lake known as the Attersee, is aware of its worth. The image of this fishing village snuggling against the slope, which Gustav Klimt recorded in a number of paintings made during summer holidays spent there, is carefully cultivated. In Unterach, however, it is not only the numerous holiday guests, some of them well-known personalities, who are considered. The general renovation of one of the the most important buildings in Unterach, the kindergarten, offers convincing evidence of the vitality of this place, also outside the holiday season.

Located half-way along the route between the road that runs around the lake and the lakeshore, in the middle of the village, this building, erected 120 years ago, still serves its original function and the volume had not been altered since that time. For the architects’ partnership Hohengasser Steiner Wirnsberger this made it all the more important in carrying out the revitalisation to preserve the atmosphere of the kindergarten, which is familiar to almost all the residents of the town, while responding to the need for modernization and for additional space without adding extensions. To achieve this, however, it was necessary to take a precise look at the qualities of the existing building and to reveal them from under the layers that had accumulated over the course of time. A brief summary of these qualities: a structurally clear volume with well-proportioned spaces, soundly anchored in the place and the landscape.

The architects freed the kindergarten from a facade of fibre cement panels that had been applied at a later date and removed a number of disruptive insertions in the interior. Thanks to their economically undertaken changes to the layout it was possible to make space for two kindergarten groups and a creche on the two floors of the existing building while providing the fittings and equipment prescribed today.
The shaping of the spaces to create a harmonious environment, which was not a requirement of any regulations, was provided by the old building itself or rather by the architects who, showing immense sensitivity, preserved the existing and augmented it with the new.

In this context wood, which is used with a high level of craftmanship, played a most important role. In the converted attic the visual, haptic and acoustic advantages of wood are fully exploited. The kindergarten now turns a terrace, which is airily bordered and screened by a filigree arrangement of wooden elements, towards the southwest. Adjoining it, and separated only transparently, is a kitchen with dining room and a space for exercise with a quiet zone, made entirely in wood. The dark wood of the historic roof structure, which has been left exposed, engages in a partnership with the new, light-coloured elements of the construction, the furniture and the claddings, in which the building’s history is unobtrusively but clearly legible. (Text: Romana Ring)

What makes this project one-of-a-kind?
The historic significance of the building – not at least due to the paintings of Gustav Klimt – caused a high sensitivity for the building even without official preservation of the monument. This preserves the essential characteristics of the building and avoids unnecessary structural interventions. 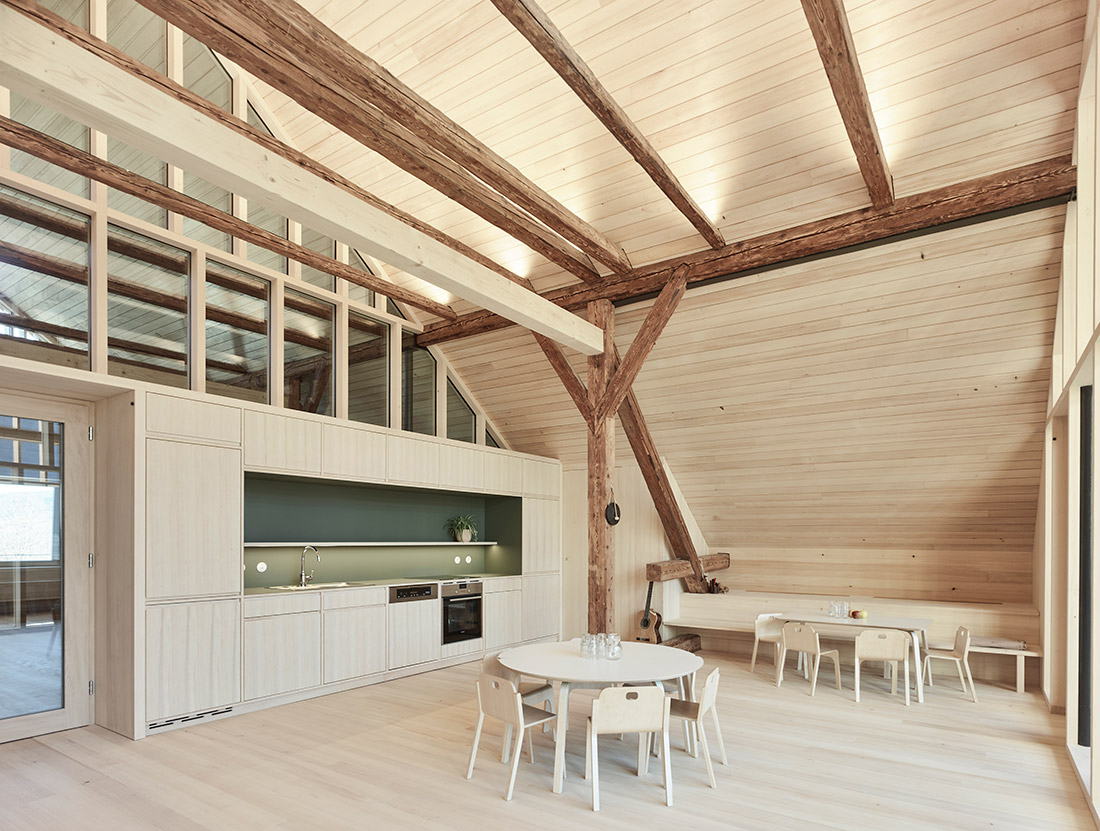 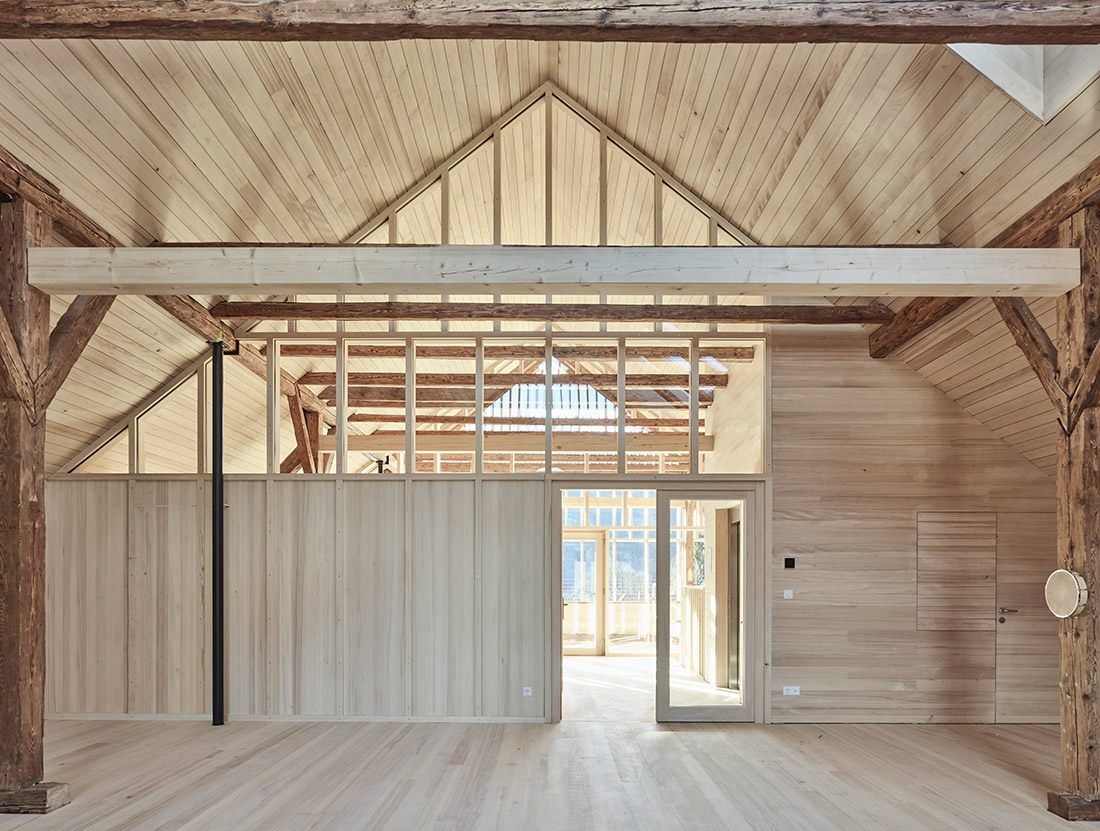 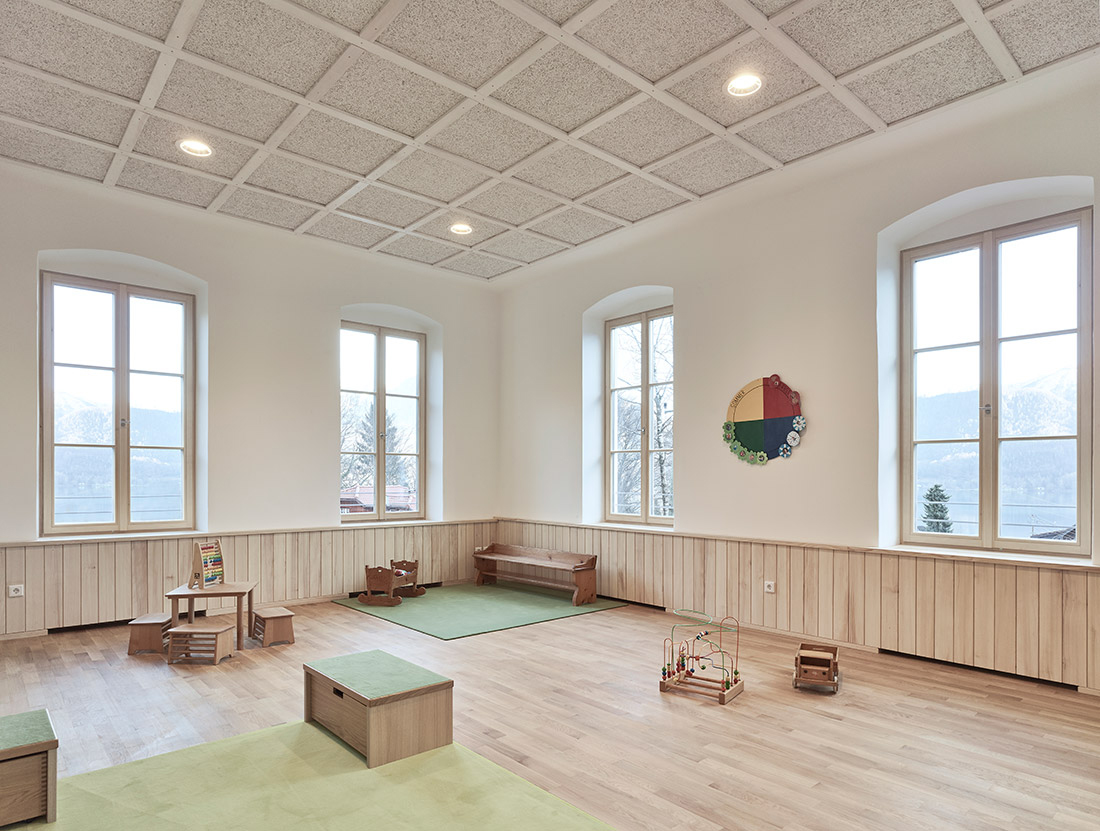 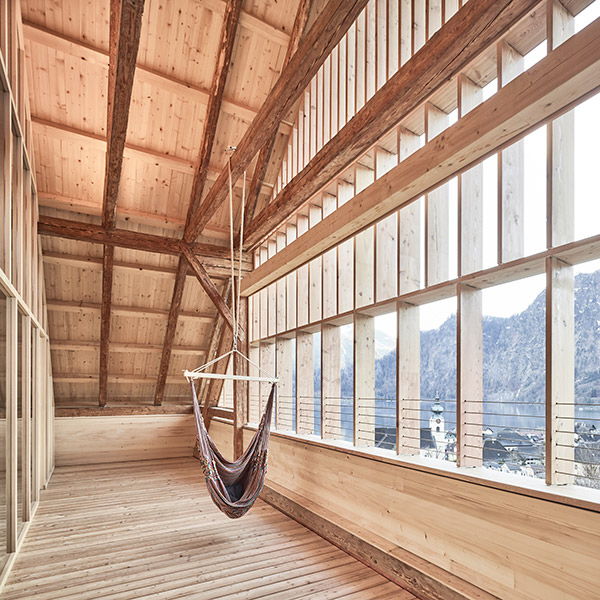 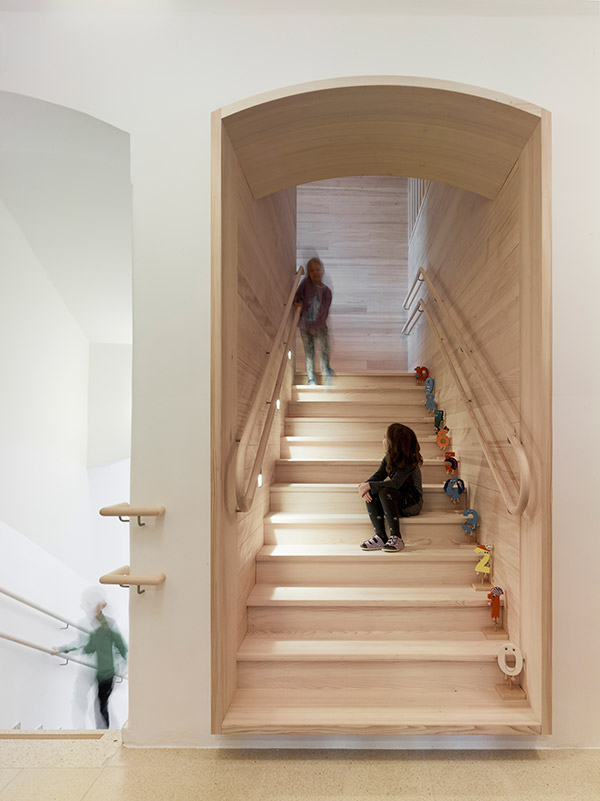 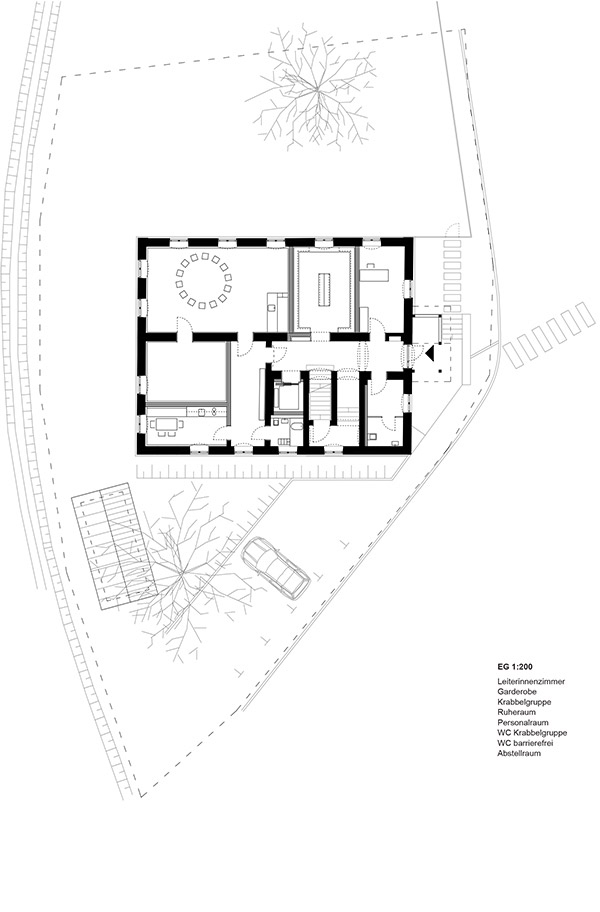 Client
Community of Unterach am Attersee