White house is located in a small town of Sutivan, on the Dalmatian island of Brač. Shade, sun, view and the sea are the basic elements of this house. The house has a simple concept: since Sutivan is located on the north side of the island, the sea view is northwards, and the sun comes from the opposite side, so we connected the south yard, the central living area and the north terrace into one absolute space underlined by the longitudinal pool. With this gesture, we have achieved usability and diversity in the atmosphere of the house throughout the year.

By creating introverted fence walls, the courtyard becomes an integral part of the house that creates overlapping of interior and exterior space, which is suitable for the Dalmatian climate that allows outdoor living for most part of the year.

What makes this project one-of-a-kind?
The main characteristic of the house is the central space that has different atmosphere through the year. The house is unique in its context with all the spaces of traditional architecture combined into one space accentuated by the long pool. 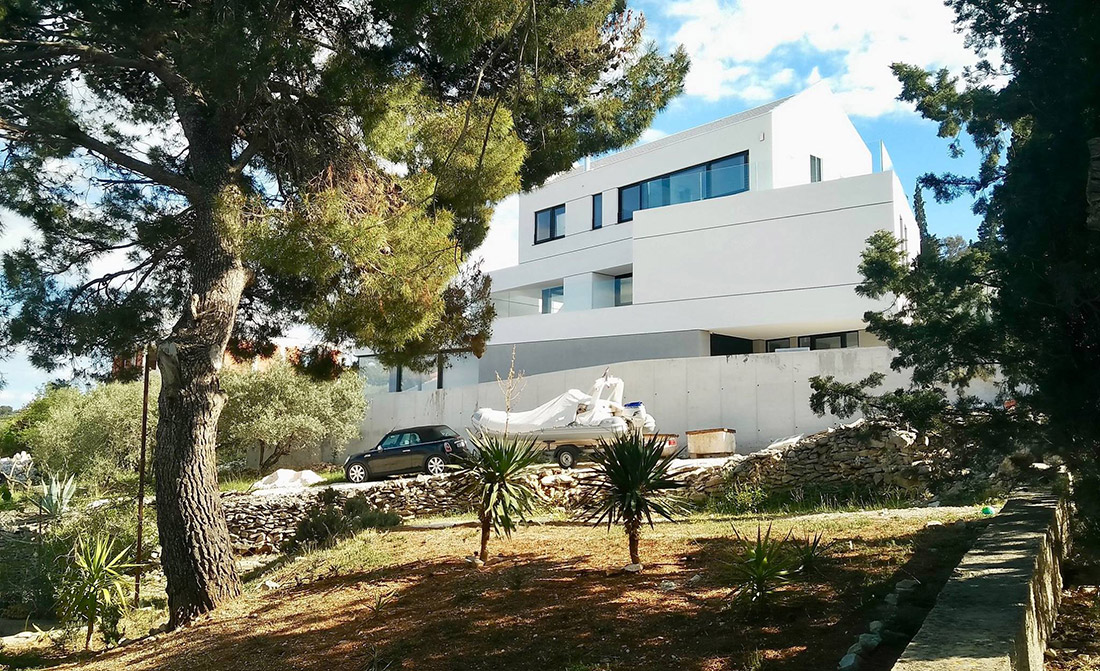 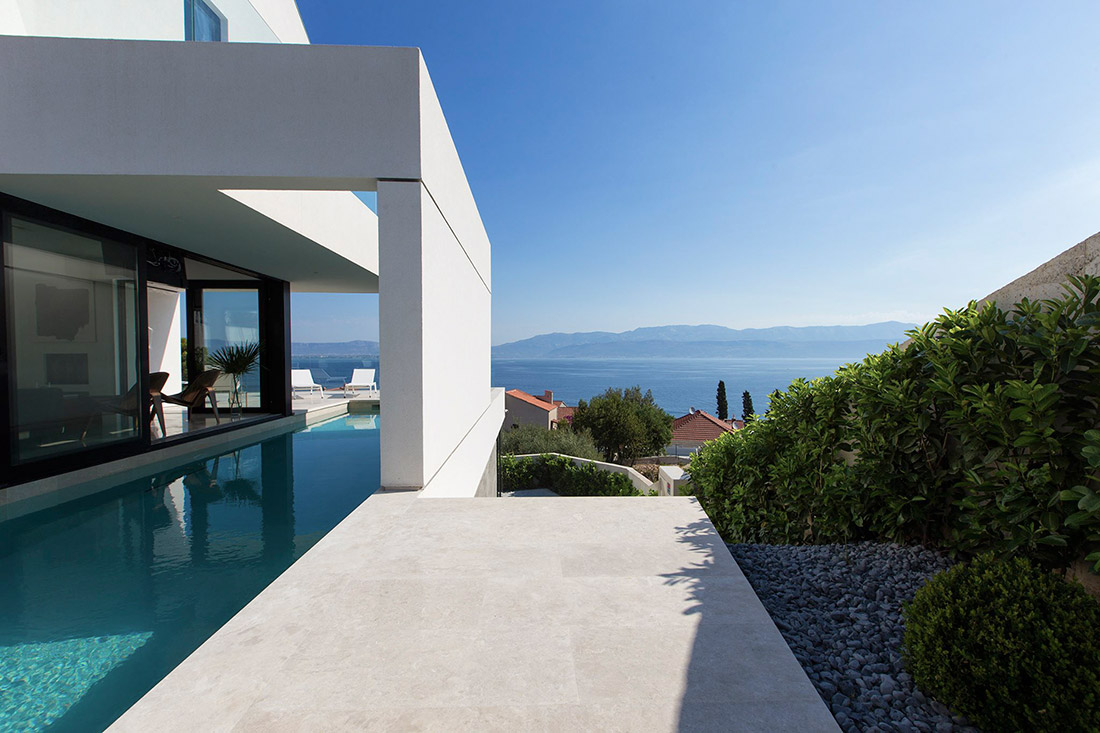 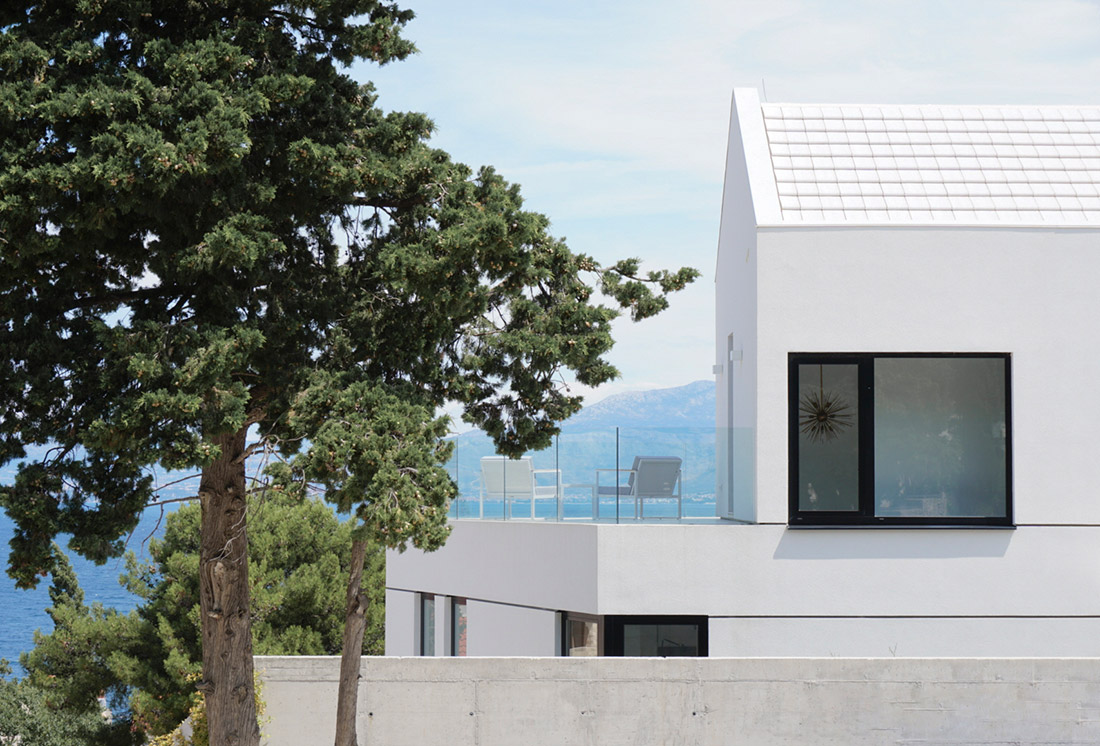 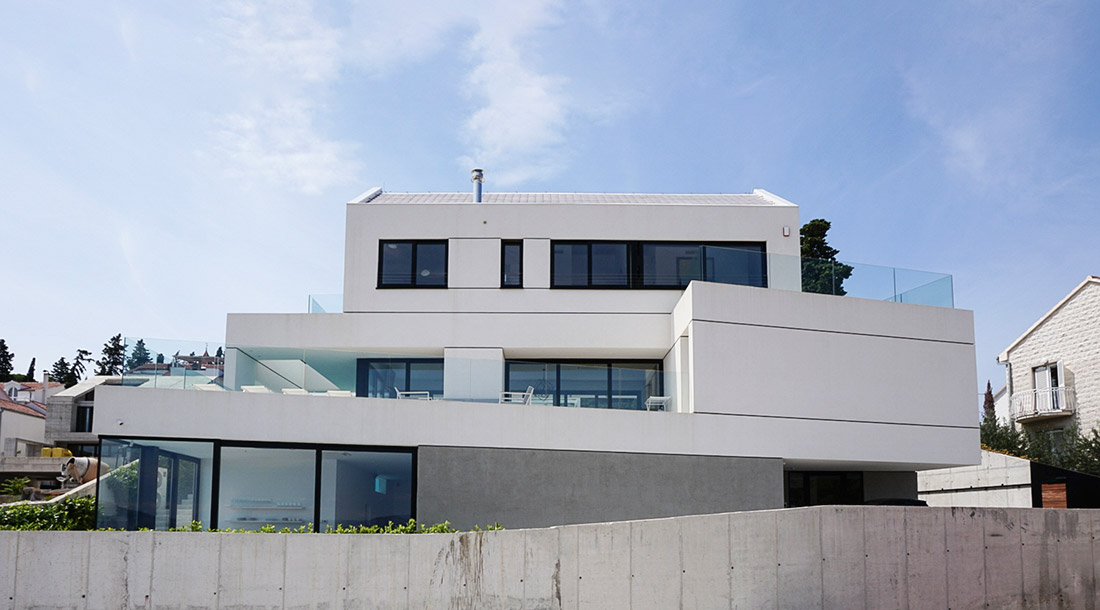 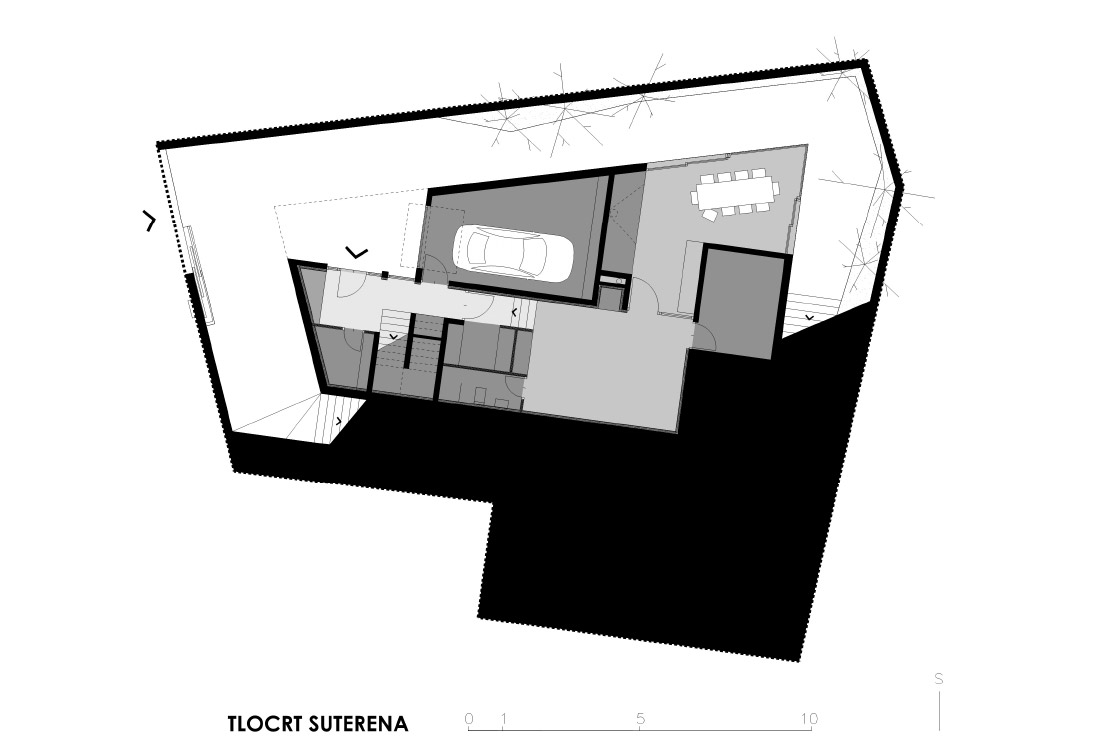 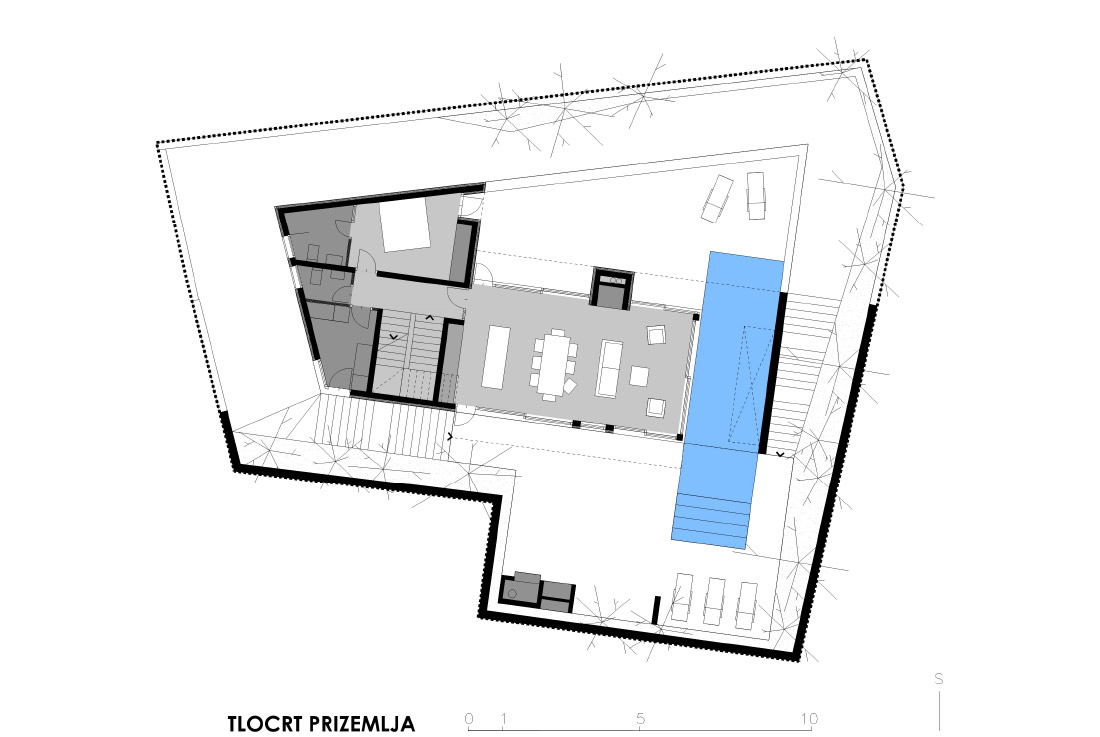 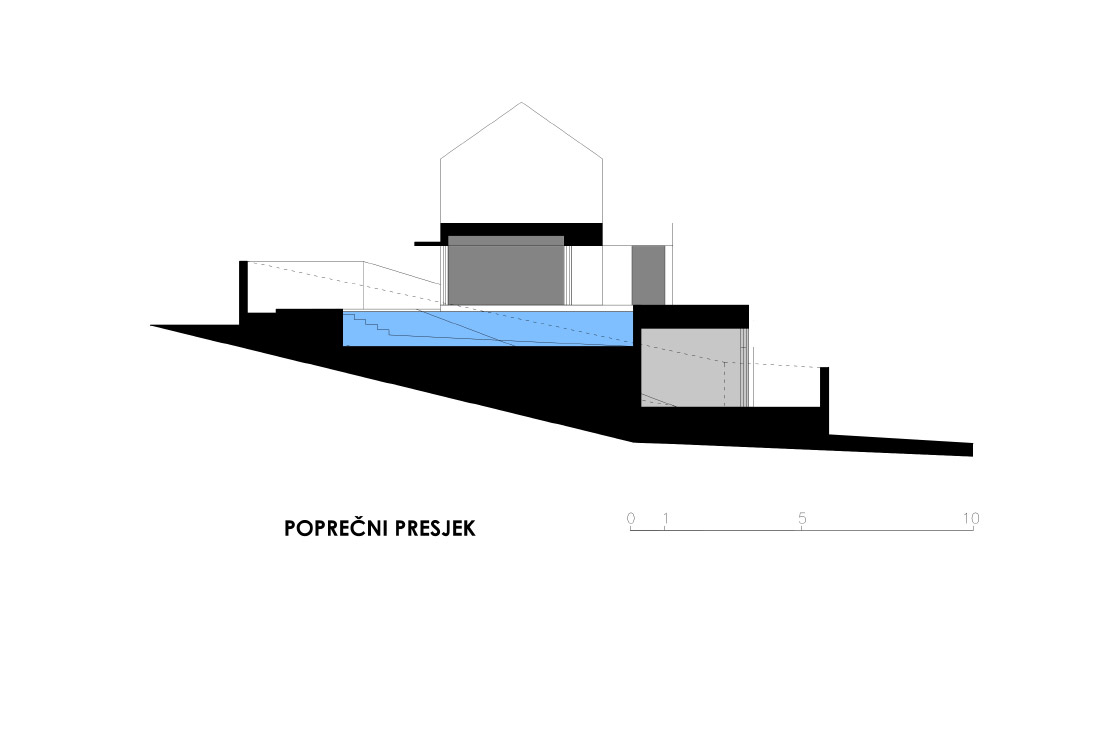