The archeological findings discovered in an excavation on the project site in Antakya which is close to St. Pierre Church (an important Christian pilgrimage site), directed the employer who was planning to build a five-star hotel, to build a museum-hotel on the site. The dichotomy between the public program of an archeological park and the private use of the hotel becomes a major input in the design process.
The findings discovered during the excavations and the physical and sociological characteristics of Antakya act as primary sources of contextual information. The hotel, a placeless building-type defined by its own programmatic codes; turns itself inside out to deal with the specific characteristics of this unique situation and place. Since the hotel will be situated on a site characterized by archeological findings, in order to deal with this unique situation the program elements are considered as individual units spread on the site under a protective canopy, rather than building a compact, introverted, conventional hotel building.
The location of the findings discovered on site determines the exact location of the columns. The composite columns are situated on the trace of former riverbed that goes through the middle of the site and on the periphery of the site in order to minimize any potential damage to the findings. The canopy supported by these columns acts both as a marker for the archeological park and as a platform housing program elements such as the ballroom, meeting rooms, swimming pool and fitness center. This platform creates vista points to enjoy the view of the city and St.Pierre Hill and sustains the local tradition of roof terraces. Slits on the platform act as skylights for the archeological site below and provide a visual connection between the findings and the hotel amenities located on the platform.
The main body of hotel is consisted of prefabricated hotel-room units stacked on top of each other. The room-units placed on the steel sub-structure are connected to the main circulation with walkways and bridges. The rooms are located under the main canopy and this semi-open space creates an inner world where one can experience the climate and local conditions and has visual contact with the excavation site all the time. Terraces and gardens located under the canopy enhance the experience. The lobby, restaurant and lounge are located on the lower levels in relation with the archeological site. With its characteristics, the hotel becomes a site-specific building without compromising spatial standards of a five-star hotel.
The open-air circulation path, composed of ramps and bridges, allows visitors to experience the archeological park from different perspectives. The Info Box marks the beginning of the path and displays information about the findings on the site.
The pre-fabricated components of the hotel help minimize in-situ fabrication. The building is assembled on site rather than being built there and reminds one of the temporary structures built by archeologists during the excavation. 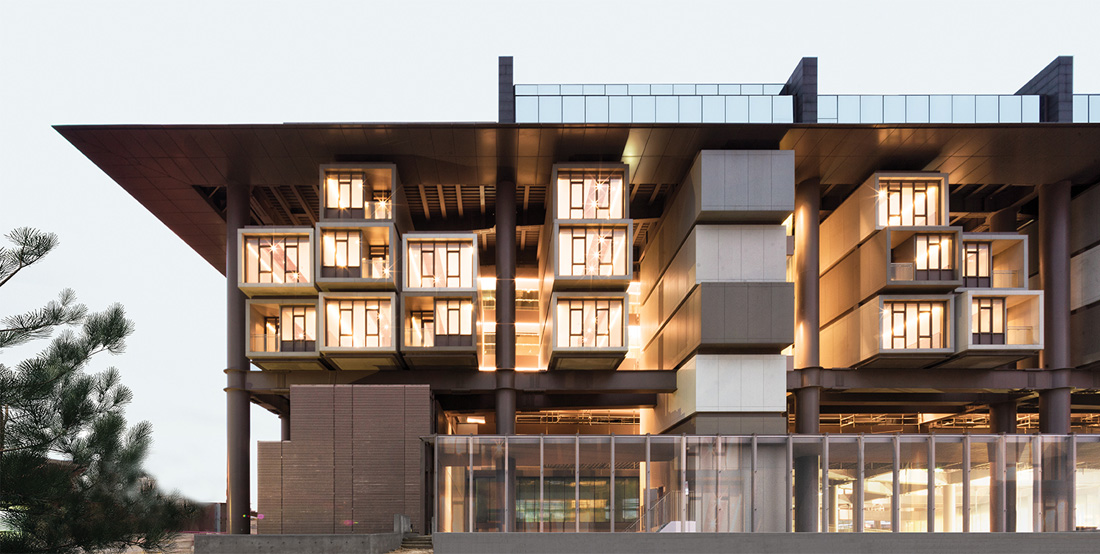 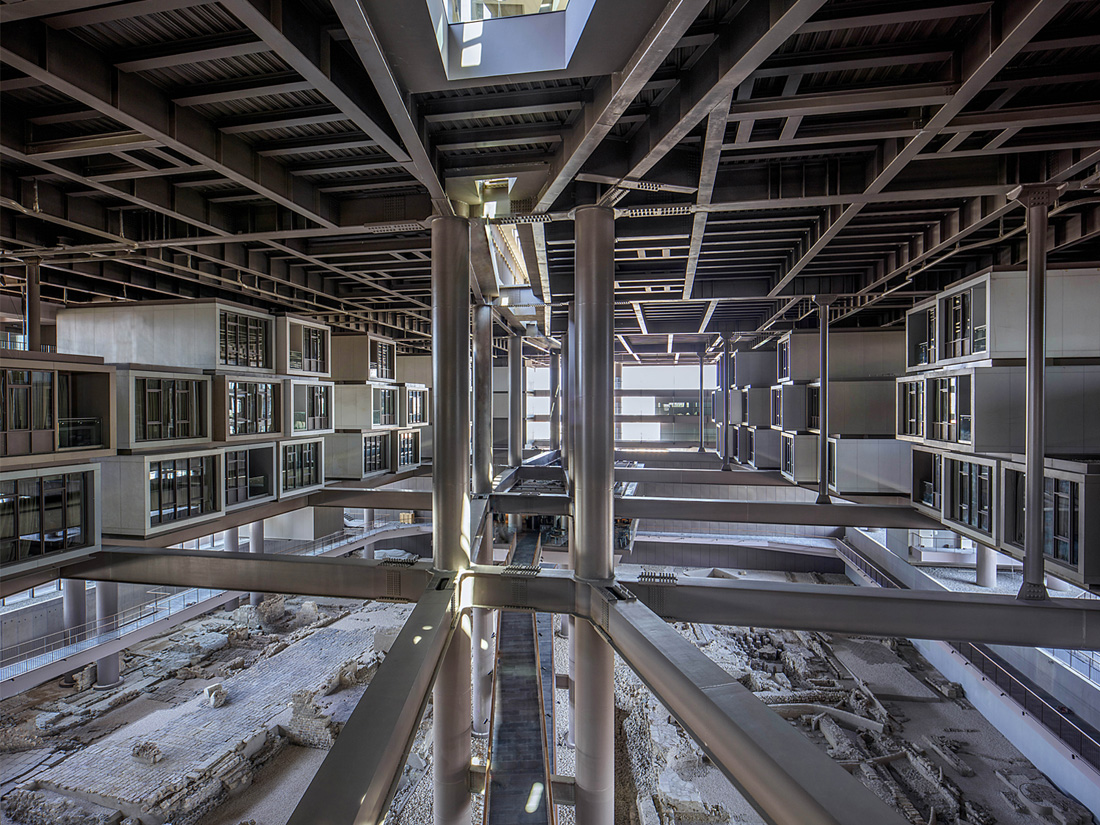