The project was a reconstruction of the old building which was a part of a bigger meat processing complex near the city of Zenica in Bosnia. The old building was almost a ruin, distanced from the rest of the facilities, surrounded by tall pines.

Since the client did not need more space, we have decided to adapt and reconstruct the existing building with minimal additions. Great position of the building on the slope it is situated on, done by some unknown craftsman in the past, together with untouched trees and meadow behind the object was enough to convince the clients to accept our suggestion.

Examination of existing roof truss showed that some of the elements were still healthy and could be reused. Thus, the basic volume with the gable roof has been preserved and wrapped in a watertight “mantle”, materialized in form of profile sheets. The mantle extends and covers up the additional sanitary facilities, kitchenette and the porch, preserving the existing arc wall of the entrance stairs.

Irregular openings in the profile sheet façade are opening the view on the surrounding meadow and at the same time illuminating it at night. Wood has been used as paneling and vertical bearing and non-bearing elements which correlate with the surrounding pine trees. 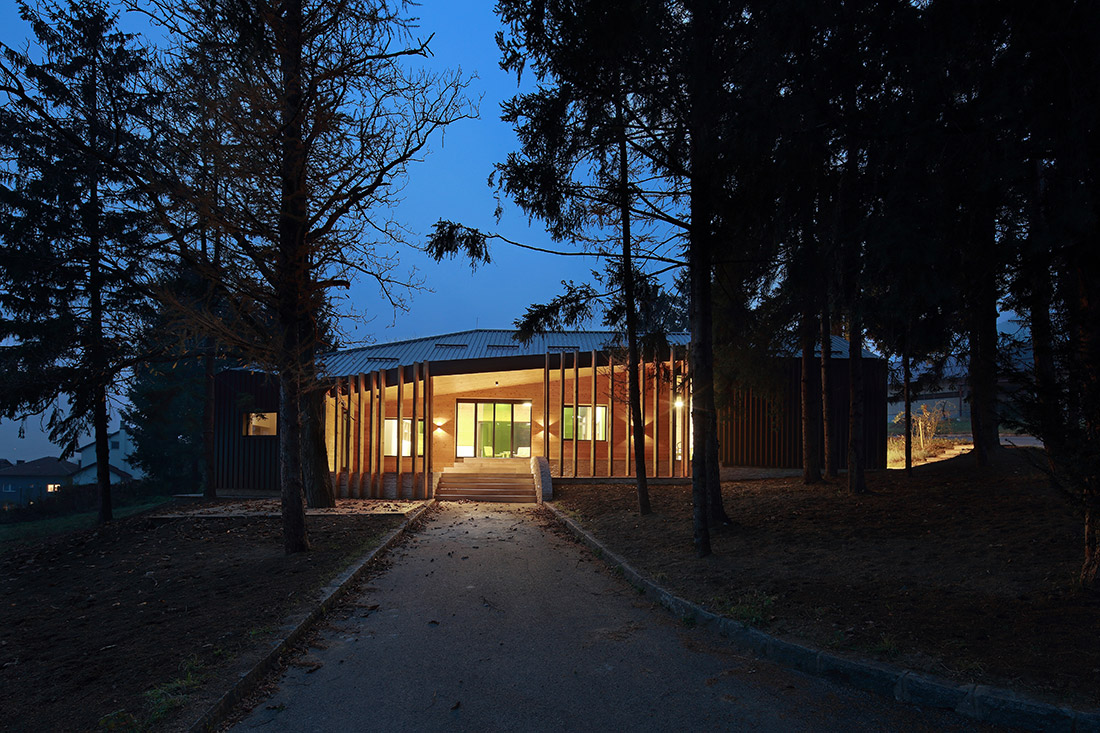 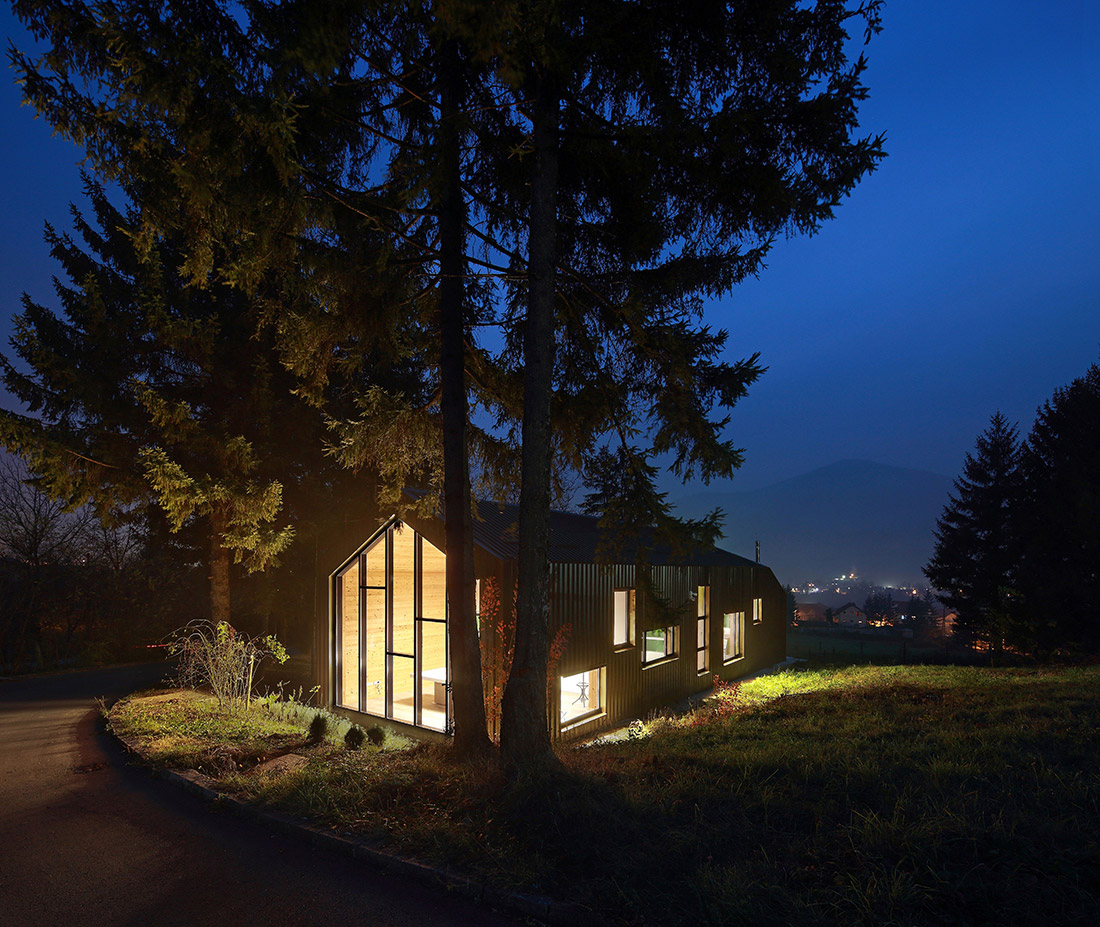 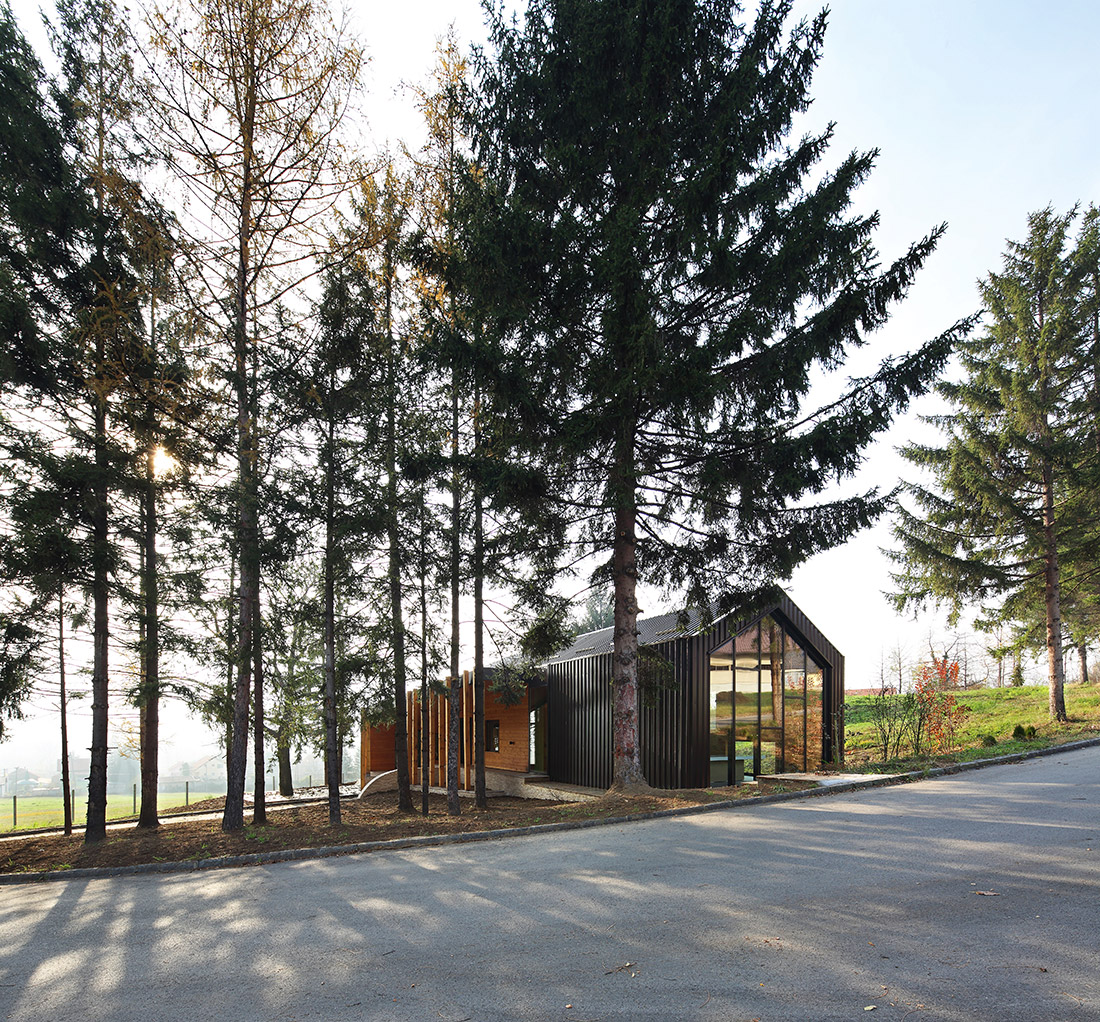 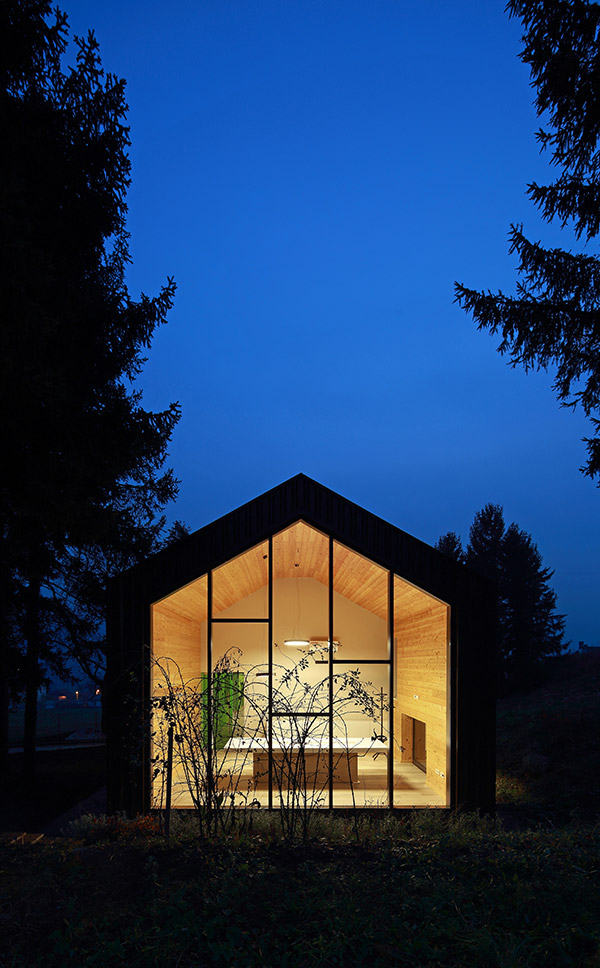 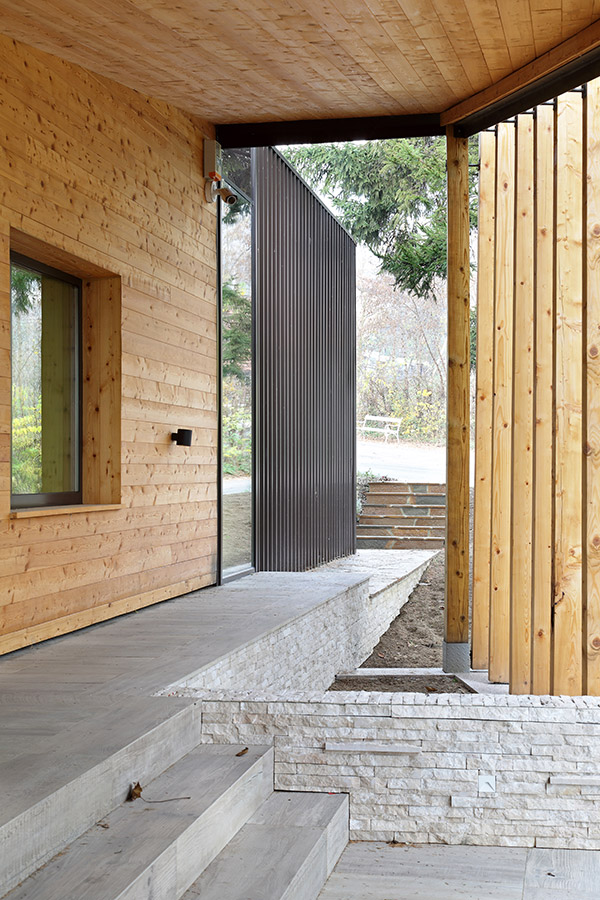 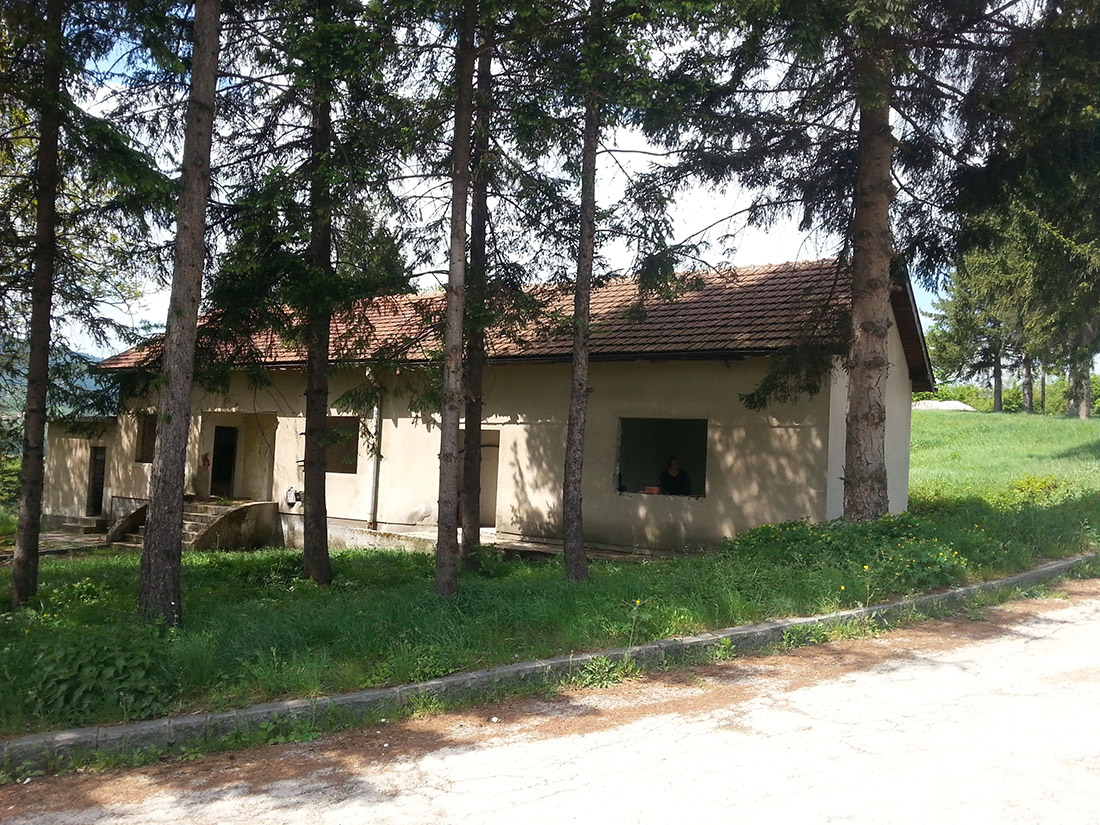 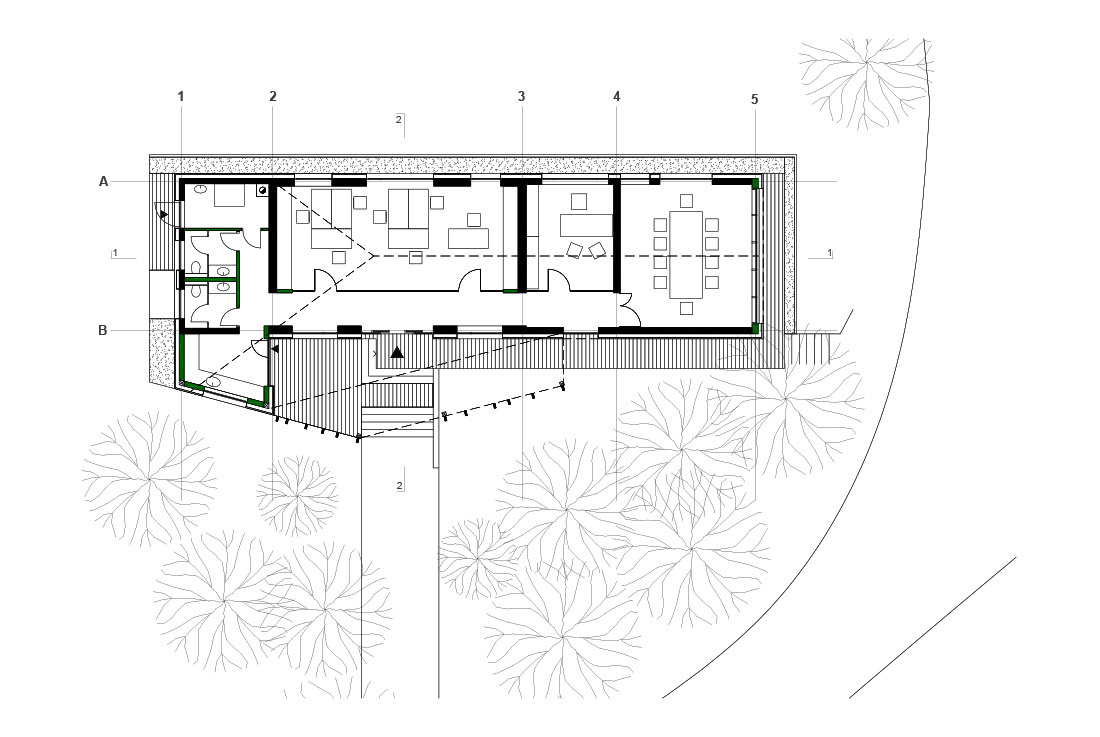