Artificial satellites are creations of human origin that circulate around the earth and are in close contact with the outer part of the earth’s atmosphere. In 1946, the “Lyman Spitzer” astrophysicist first gave the idea of placing a telescope in Earth’s orbit in order to magnify our knowledge of the universe. Until then, the study of astronomy was limited by the disturbance of the sample electromagnetic radiation of Earth’s atmosphere, so satellite was the only solution for us to get to the stars as close as possible. To date, about 8700 satellites have been built for various purposes, starting with communication, scientific-research, and military. They represent the greatest technological achievement and are the most important instrument for our civilization. Their purpose and innovation were inspired us to make a lamp, which, in addition to emmitting different light effects, will be a lamp with an unusual function and usable value, as you can store things in it. The shelf is something that differentiate SATELLITE from other lamps. 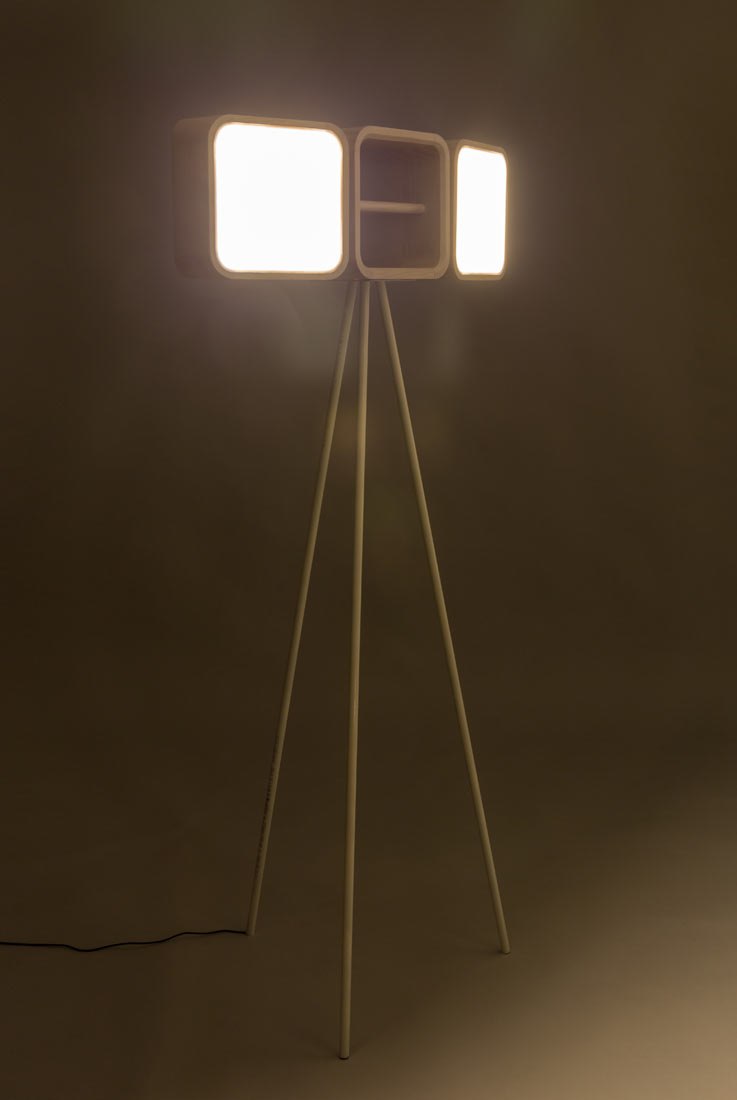 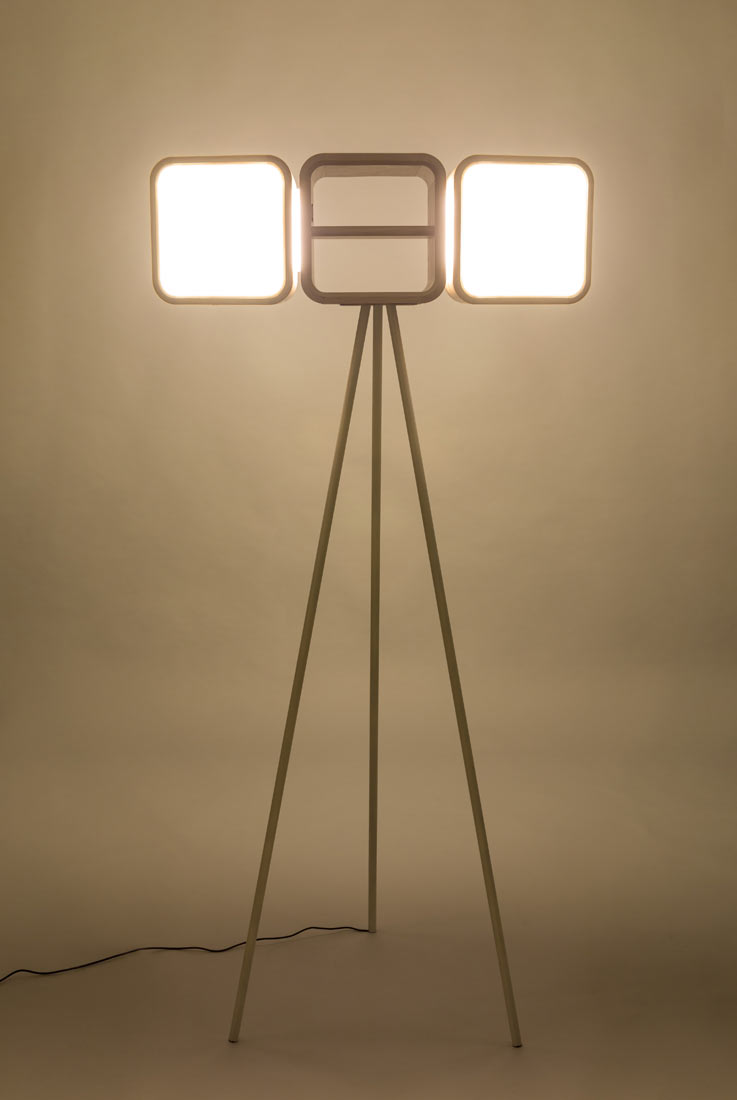 This is a lamp with the most technical challenges so far, starting with construction, dimension, angles, and all functional challanges. The goal was to make a lamp that will be technologically advanced, and at the same time interactive. The shelf is narrower than the element so that the hand can smoothly approach it. The side elements are slanted at a certain angle for better light spreading, and the stand is made of thin prochrome tubes, so as to visually create the impression that SATELLITE “floats” and thus suggest a point. SATTELITE emits 3 different types of light, which can be separately controlled and whose intensity can be adjusted. The decorative light is located in the center of the lamp, it is ambientaly positioned on the back with functional light on the front. The advantage of such a solution is that it allows the creation of different light ambiences, and is equally suitable for work and relaxation. On the light panels, we wrote the names of the most famous satellites, because each of them was inspiring for us throughout the development process , and in a symbolic way we wanted to share it with everyone. 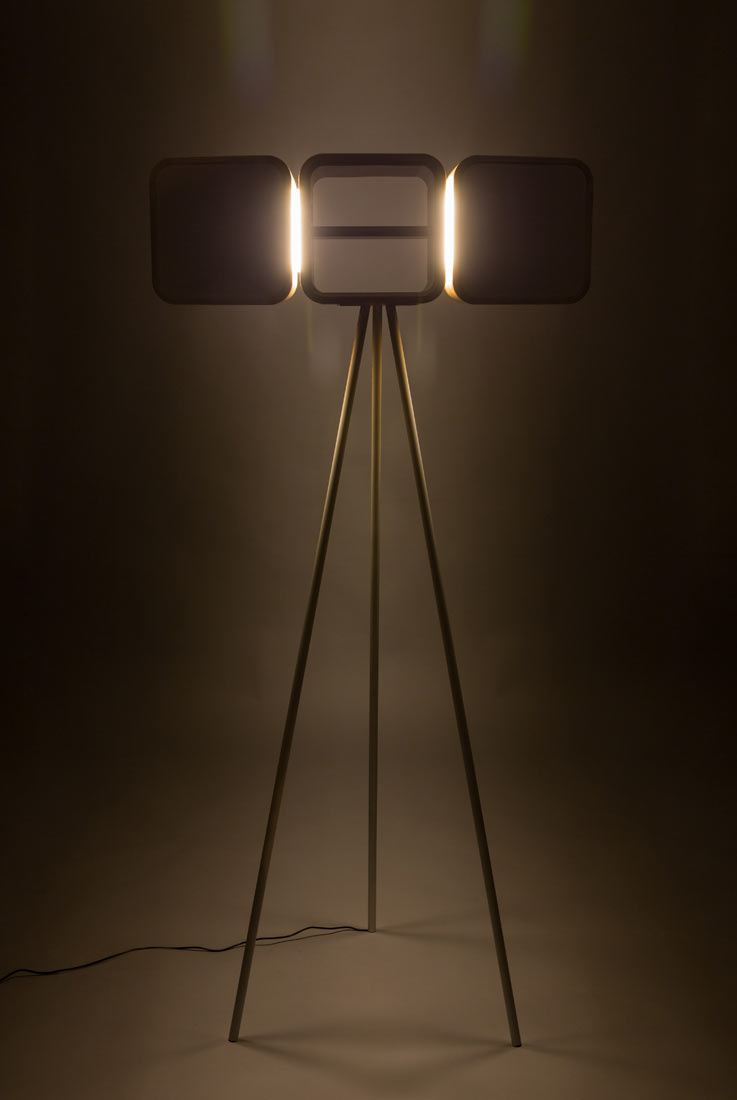 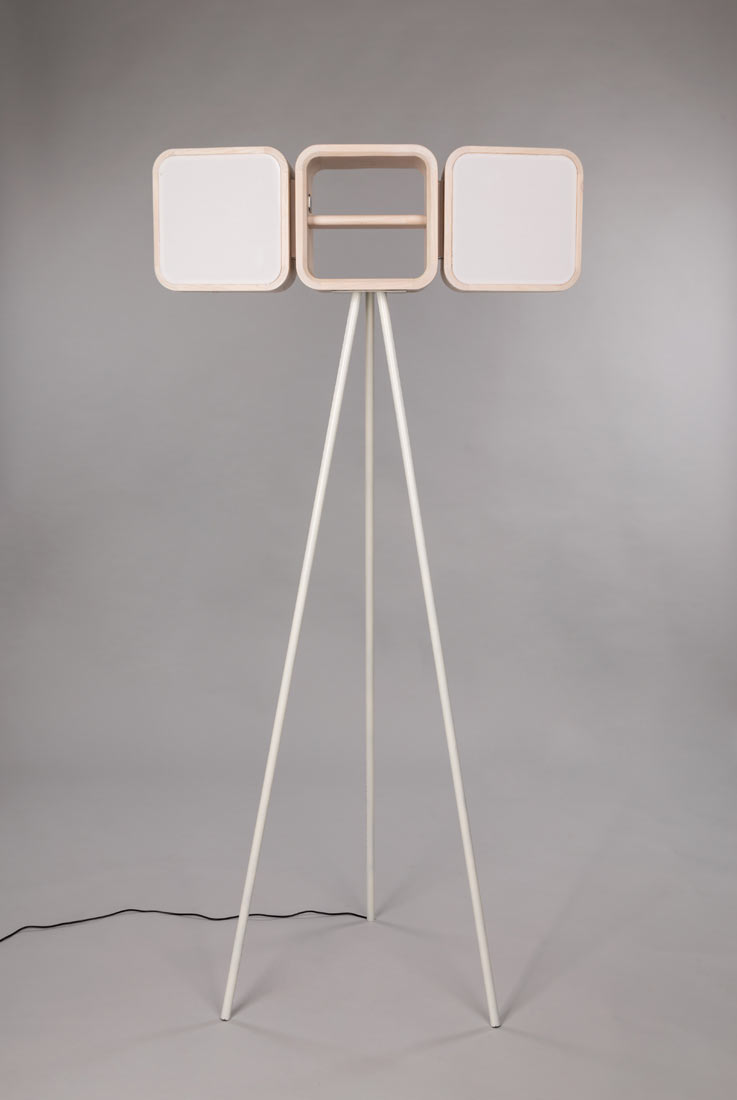