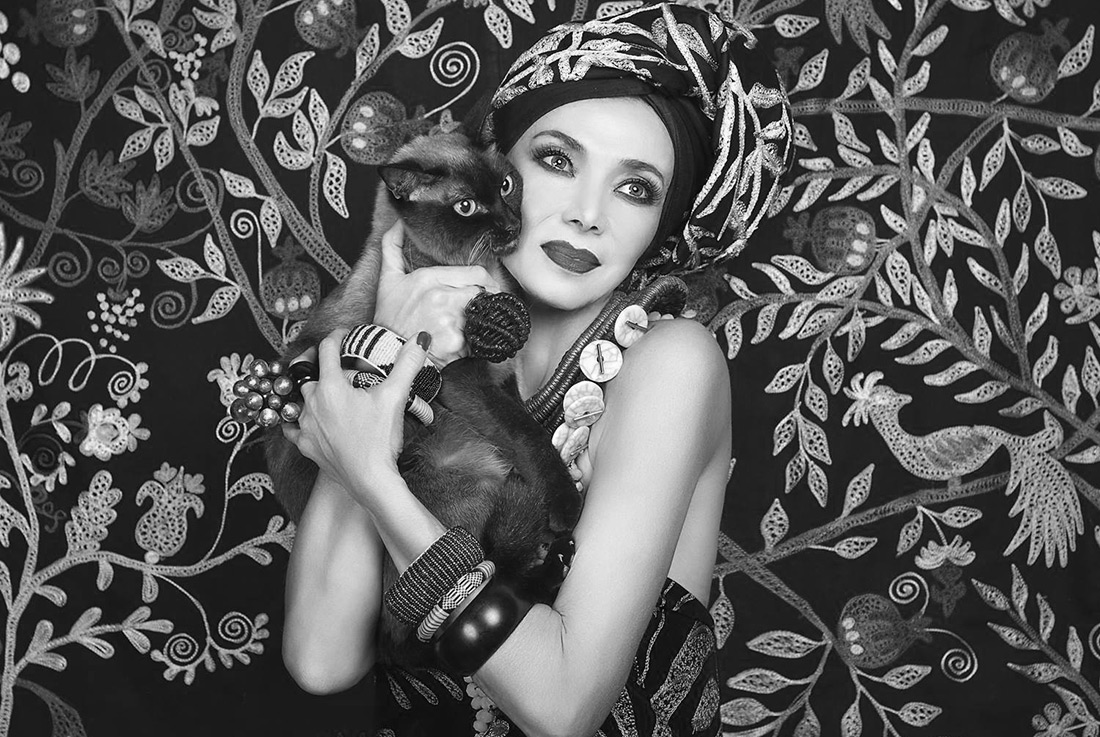 Born on the Greek side of Cyprus, Afroditi Hera founded her eponymous brand in 2001. Tapping in the collective imagination, she creates loose, flowing dresses filled with the antique energies of immaculate togas. The Cypriot designer chose to base her brand in Milan, and reached a momentum in 2009, when L’Oréal commissioned her with a whole collection displayed at the Zénith in Paris, during “Inspiration”, the company’s 100th anniversary show. The collection was a hit. In addition to her delicate lines and light ethereal fabrics that she designs by herself, Afroditi Hera is acclaimed for her work on leather, which she transforms, molds, toying with contrasts, colors and textures. In 2018 Afroditi Hera represented Cyprus at Buckingham Palace in The Commonwealth Fashion Exchange wich was care of Her Majesty the Queen Elisabeth and Kate Middleton.
Portret photography by Elena Paraskeva