Oromolu Villa on Aviatorilor 8th Street in Bucharest was built for the former Governor of the National Bank Mihai Oromolu in the interwar period by the architect Petre Antonescu. The three story building in the L planimetric conformation embrace the old renown villa and outlines a public space –an urban porch reserved for Victory Square (the most important plaza in Bucharest associated with the Romanian government building). The action was carried out on two levels: in the first instance, the rehabilitation of the villa which was in an advanced stage of degradation and then a glass object to stay with reflective modesty behind, being unite in the basement.
The Retro Business Curtain develop a dialogue with the historic monument that has been restored within the same architectural approach. Before the project the land was abandoned, full of wild vegetation and disorderly parking and the house faced a strong fire. The Villa gframed by a fluid architectural gesture which through the reflection of the glass and the interconnection with the vegetation succeeds to evoke in the contemporary the Oromolu Villa garden as a small oasis in the middle of the historical city.

The innovation factor is defined by the 16m-long canopy and double-ventilated façade with triple-laminated double-curved glass that enhances the quality of the interior space and the flwing green jardinière controls the heat transfer and gives a graceful expression to the whole architectural approach. The structural system of the basements, ground floor, 1st floor and 2nd floor is a dual system (frames, reinforced concrete walls and reinforced concrete slabs) designed and disposed so that the openings between columns to be maximum thus allowing a more complex and flexible use of space. The top structure (3rd floor) is made of metallic beams and purlins, thus ensuring a lower load for the building and the possibility of achieving a thin, spectacular, outstanding canopy(16m) over the urban square between Oromolu House and oromolu Business Center. The building is BREEAM certified. 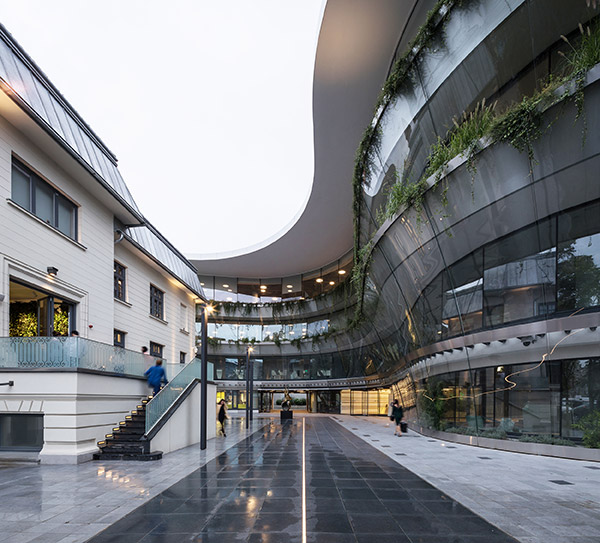 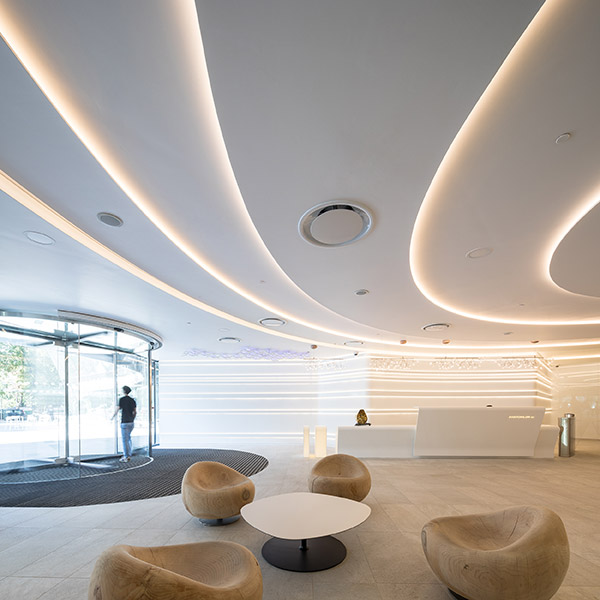 What makes this project one-of-a-kind?
Oromolu office is a dialogue between old and new, between heritage and new technologies. A reflection on glass of the history who yearns to be contemporary. 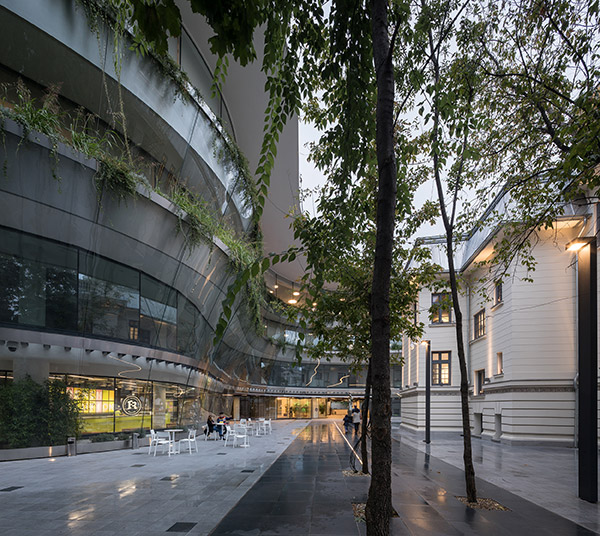 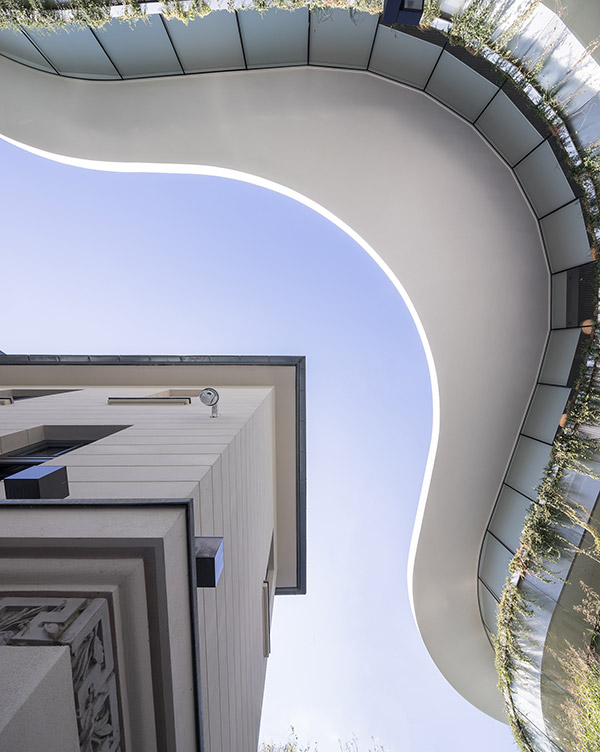 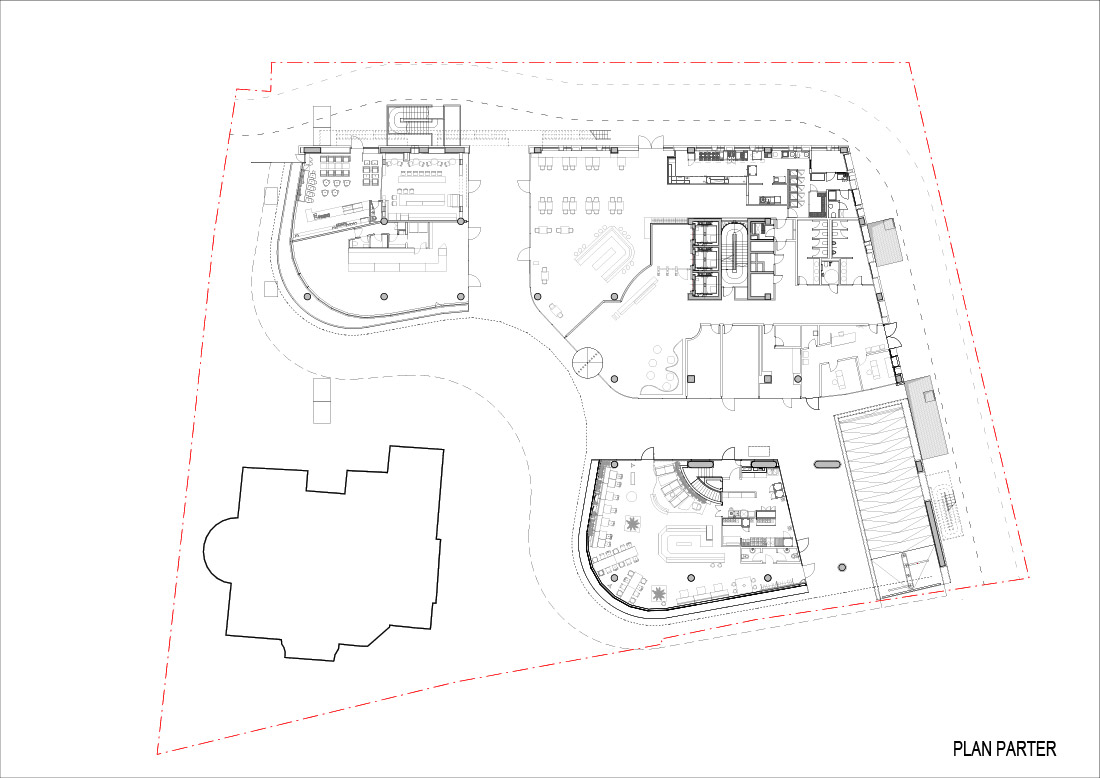 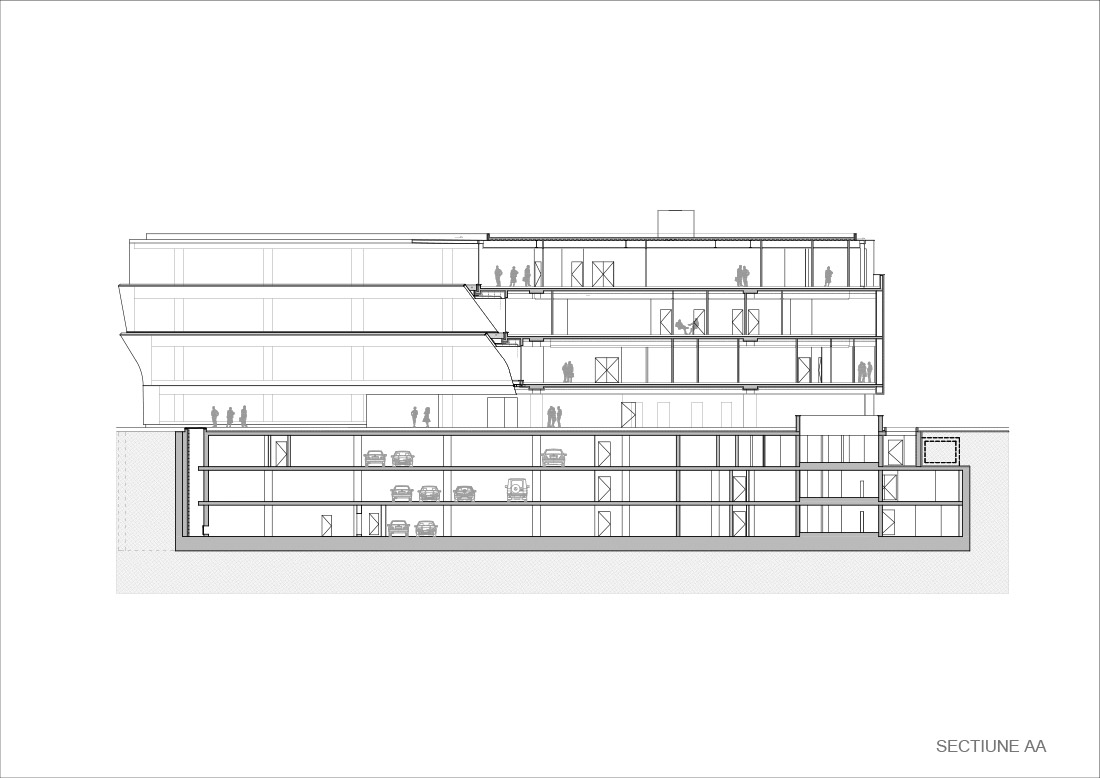