New Navela business centre is located on a regular square plot in Pula industrial zone, easily accessible from the city centre, highway and the nearby airport. The theme of an industrial building in an industrial zone is reinterpreted using smaller archetypal volumes. An ensemble of five basic volumes, whose spatial relations and constant changes of perspective create a series of dynamic views along the building’s facade, give the project its three-dimensional form. Rhythmic sequencing of black volumes creates a spatial whole with a clear line between the interior and exterior space along the site perimeter. This allowed the fragmentation of scale and the creation of a spatial relation between the scale of the user and that of the industrial building. The exterior of the building is formed as an expressive black ventilated facade, made of alucobond sheets, that unites and accentuates the inclined edges of the building, creates a sculptural form, and displays the energy and the activity that takes place inside the building. The black colour of the facade presents a sort of homage to the company’s principal activity. The anonymous crossroads in the industrial zone has become a place; a place one can walk by, stop and linger, and notice the city from.

What makes this project one-of-a-kind?
An ensemble of five basic volumes, whose spatial relations and constant changes of perspective create a series of dynamic views along the building’s facade. 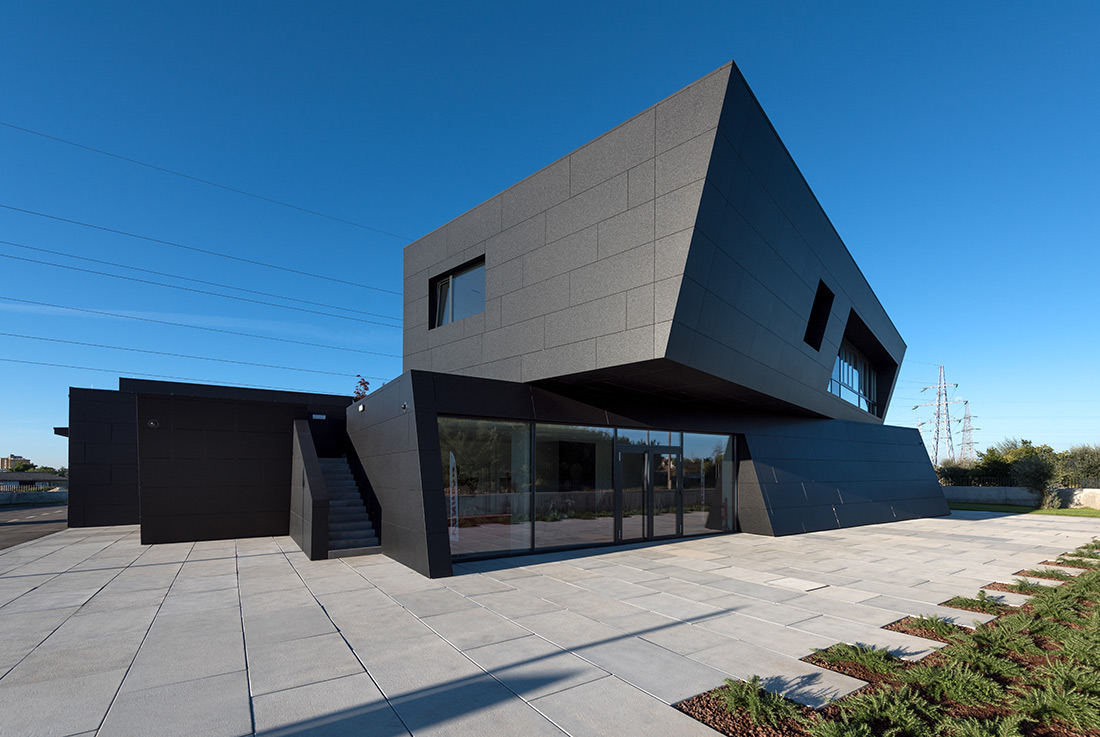 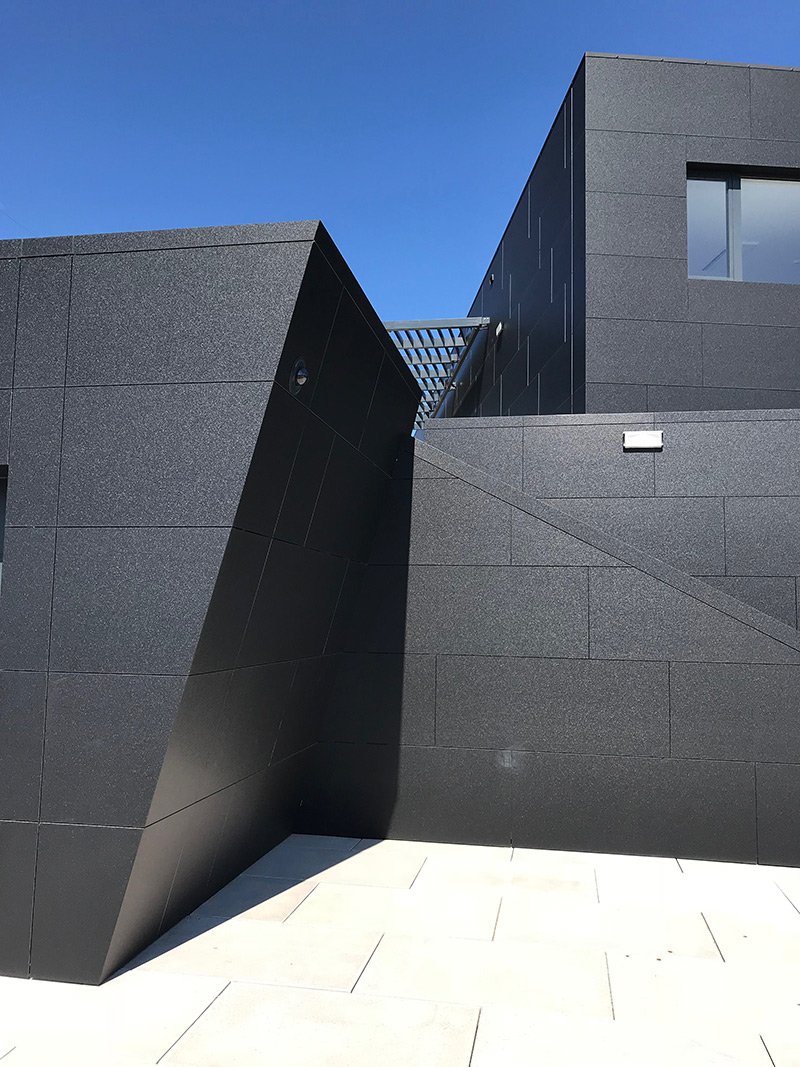 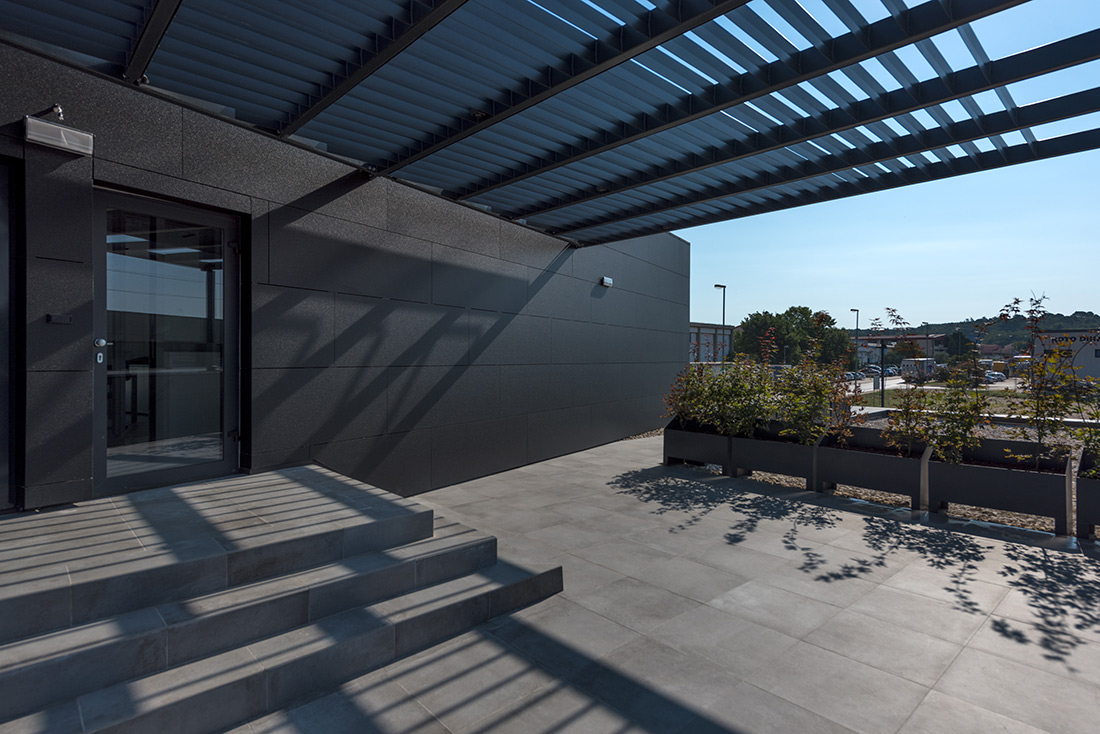 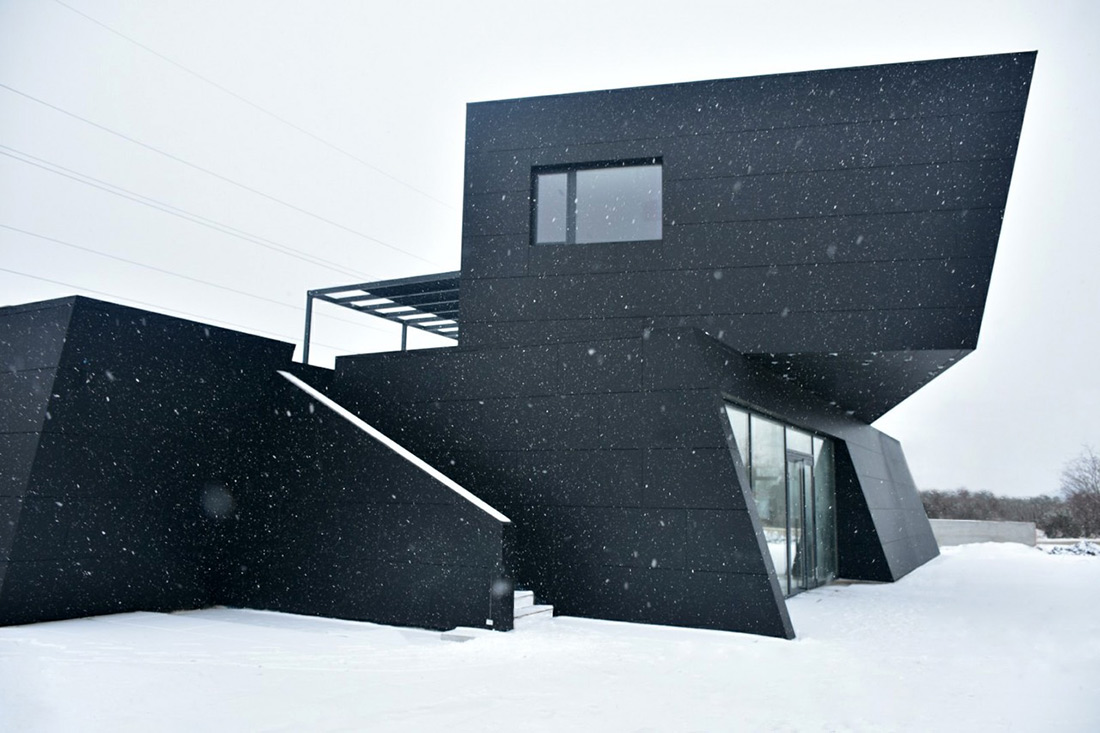 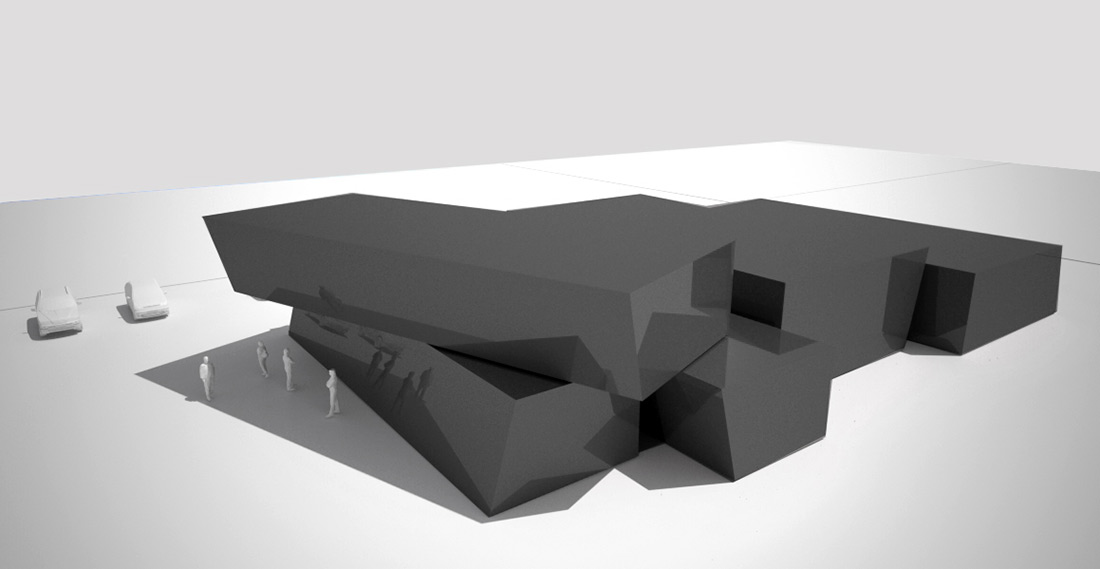 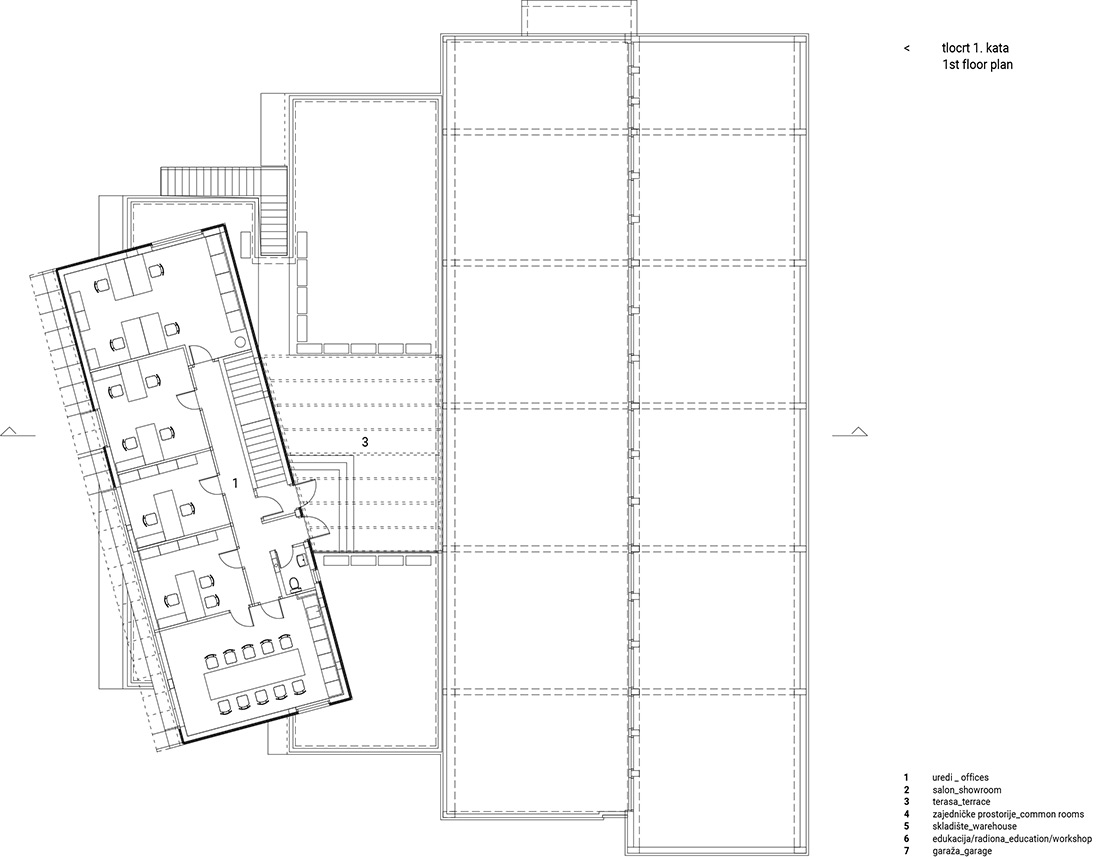 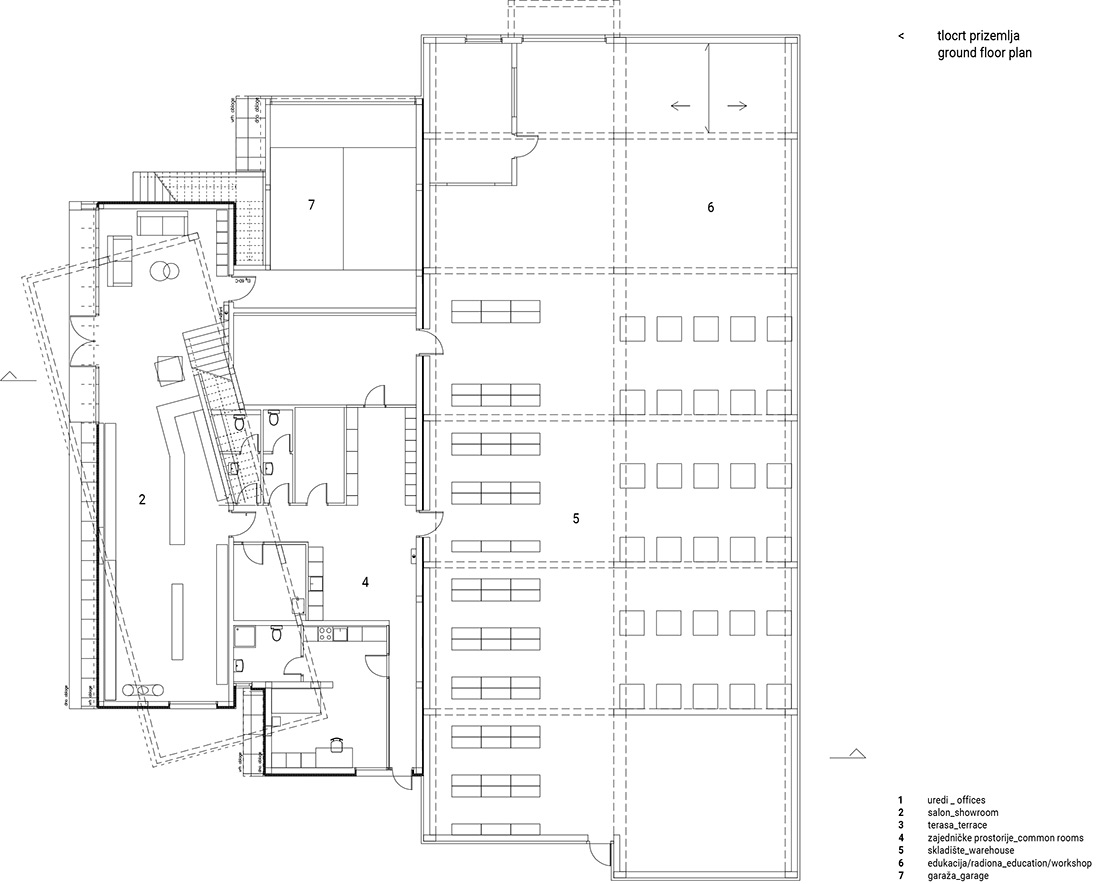 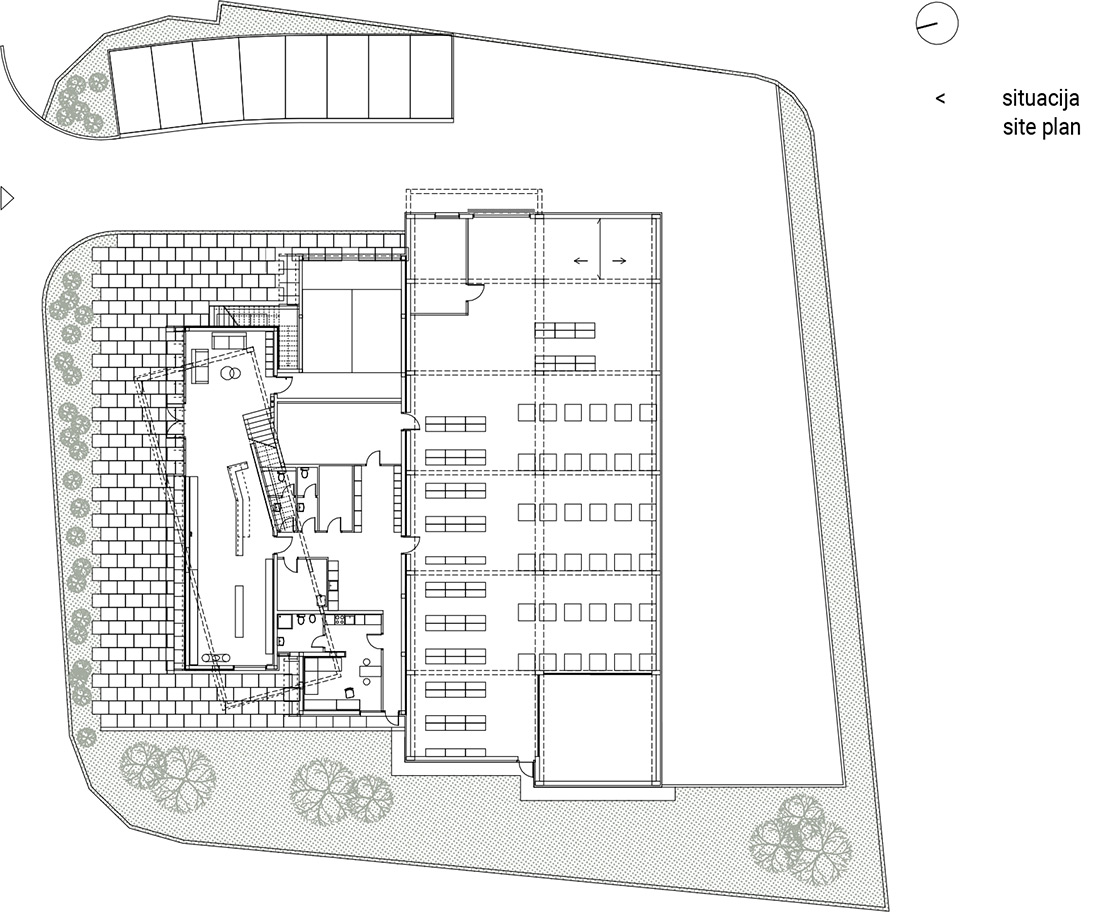