MEET is hosted in a palatial building in the central Milanese neighborhood of Porta Venezia. The palace was built in the early 20th century and expanded by renowned Italian architect Gae Aulenti in the late 1990s. The MEET venue was renovated by CRA and Italo Rota. Among other functions, it accommodates a reconfigurable auditorium and movie theater operated in collaboration with the longstanding Cineteca Italiana, a café, and an immersive hall for digital installations. With MEET, CRA aims to investigate the meaning of physical space in an increasingly digitized world. It argues that architecture should foster unexpected encounters between people, precisely those that are missing in the digital realm. The design of MEET strives to achieve this aim through the hybridization of functions – that is, the possibility for any space to simultaneously host different activities. Such a design approach is best expressed by the central vertical plaza, but it extends throughout the center, to multiple rooms for exhibitions, talks, and performances.
In addition, MEET embeds digital technologies into physical space with an array of advanced projection systems and screens scattered across the building. This allows people to access its digital archive in unexpected ways.

What makes this project one-of-a-kind?
The vertical plaza at the core of the building embodies the project’s vision. All around a brightly-colored stairwell that moves in a zigzagging fashion, people can stop onto a series of asymmetric landings, enriched by a system of multimedia projections. These spaces can be used for talks, installations, art performances. Most importantly, they encourage chance encounters as people navigate through the building. 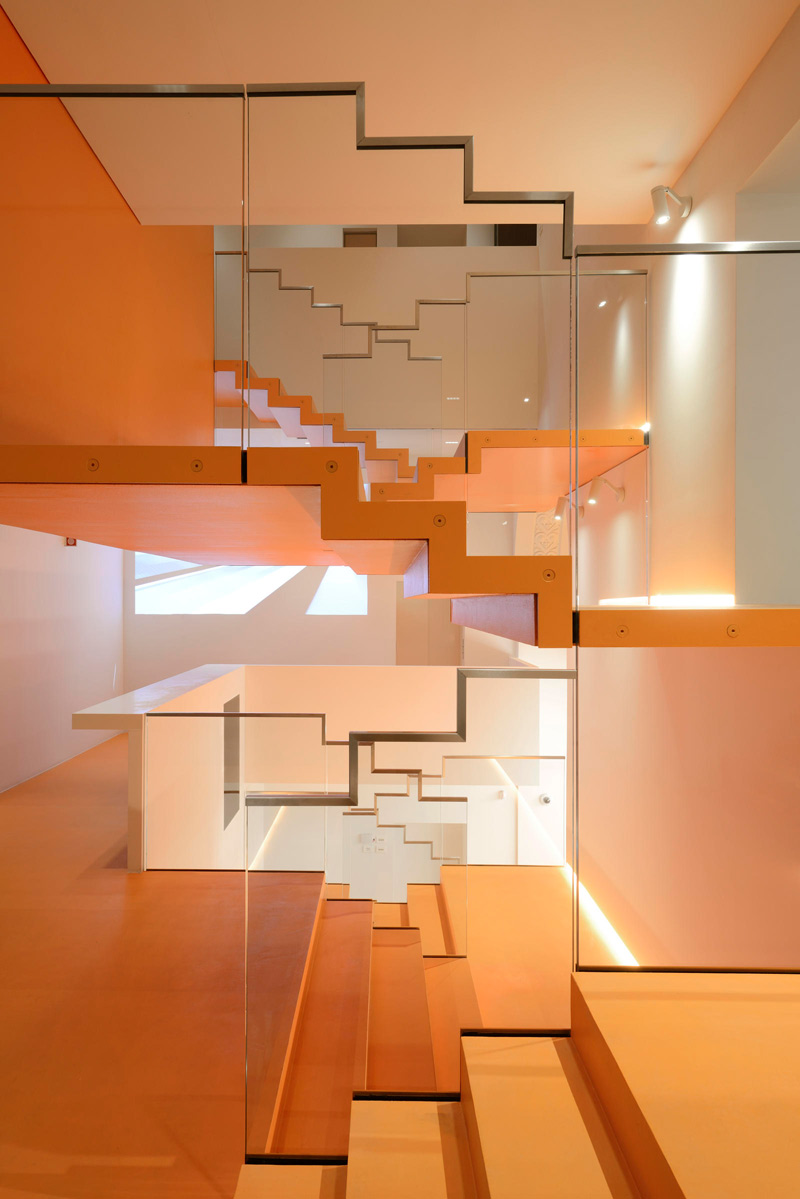 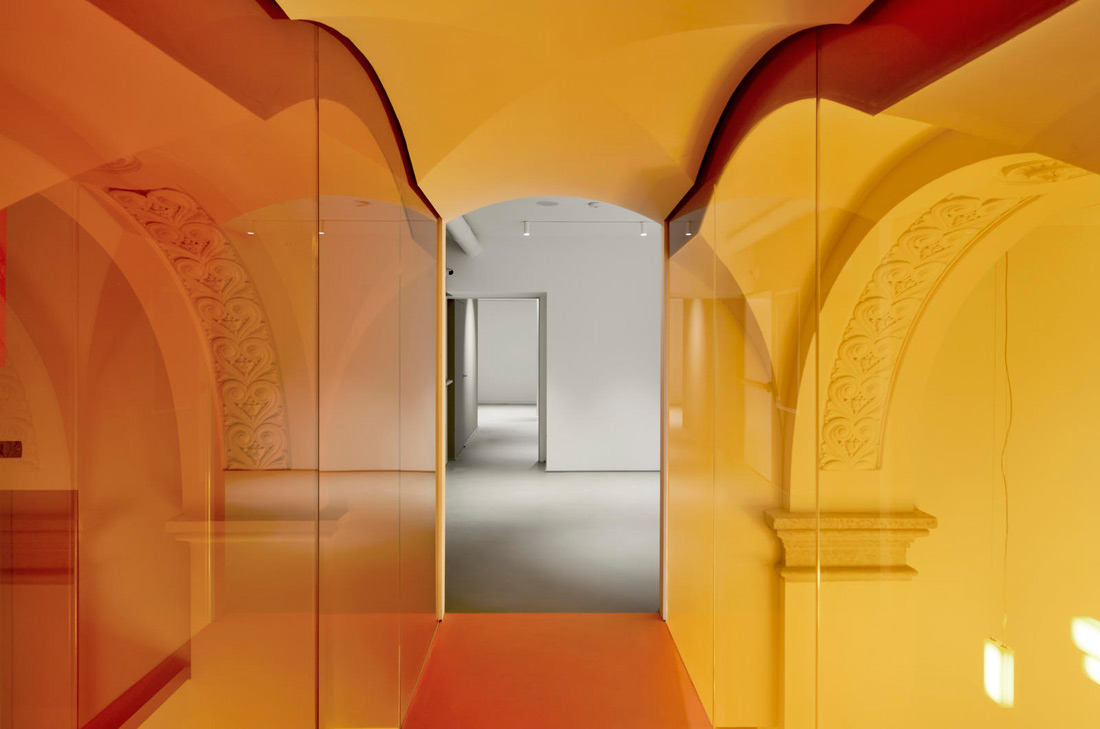 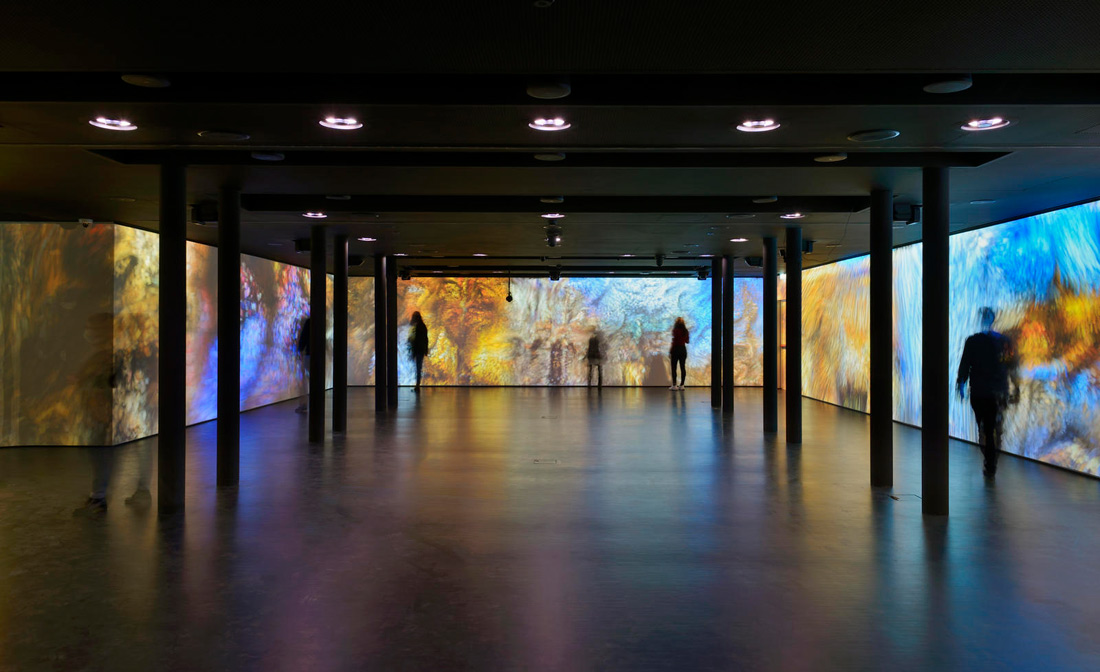 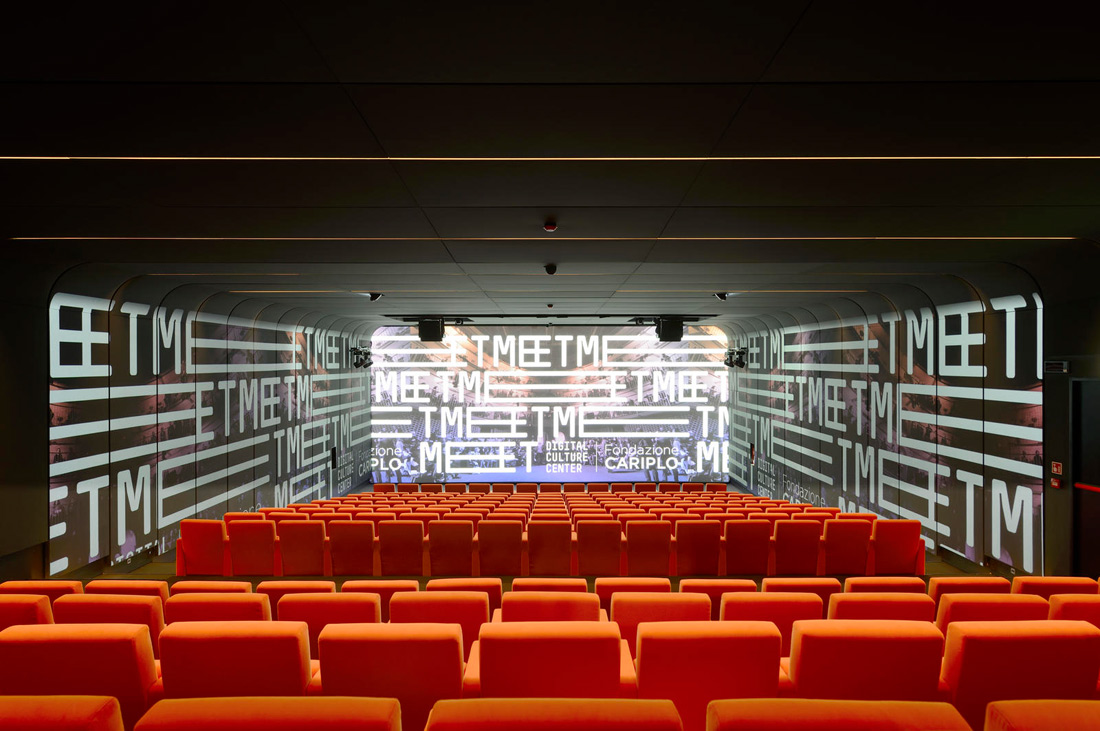 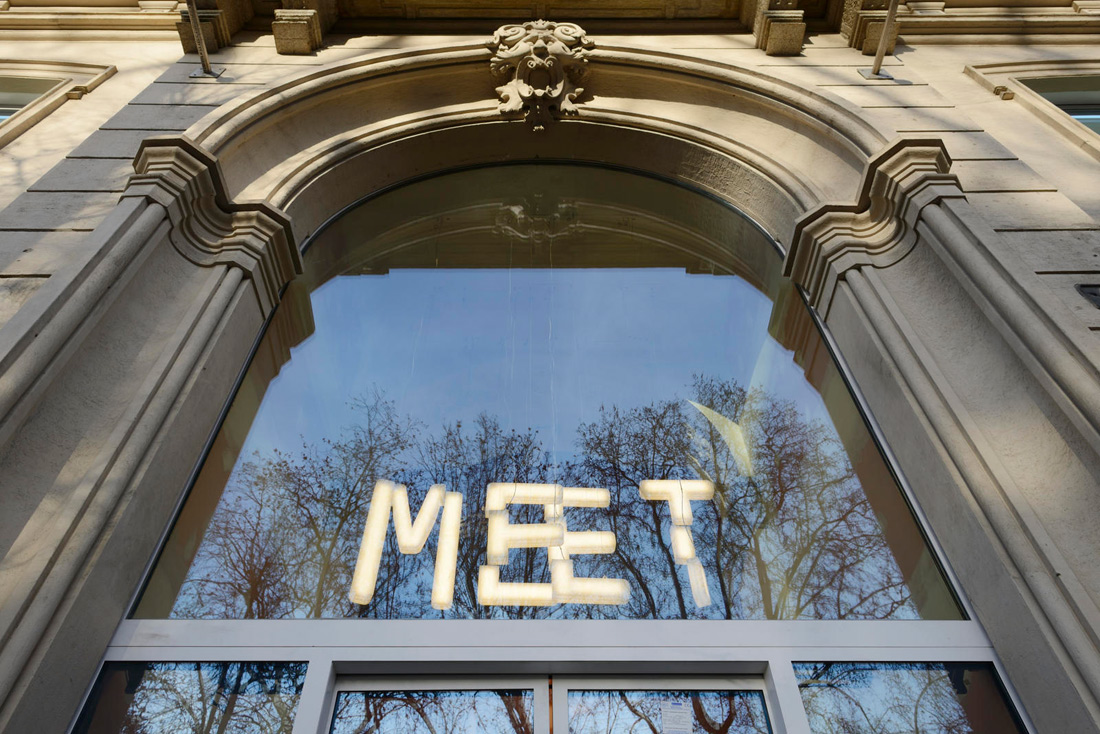 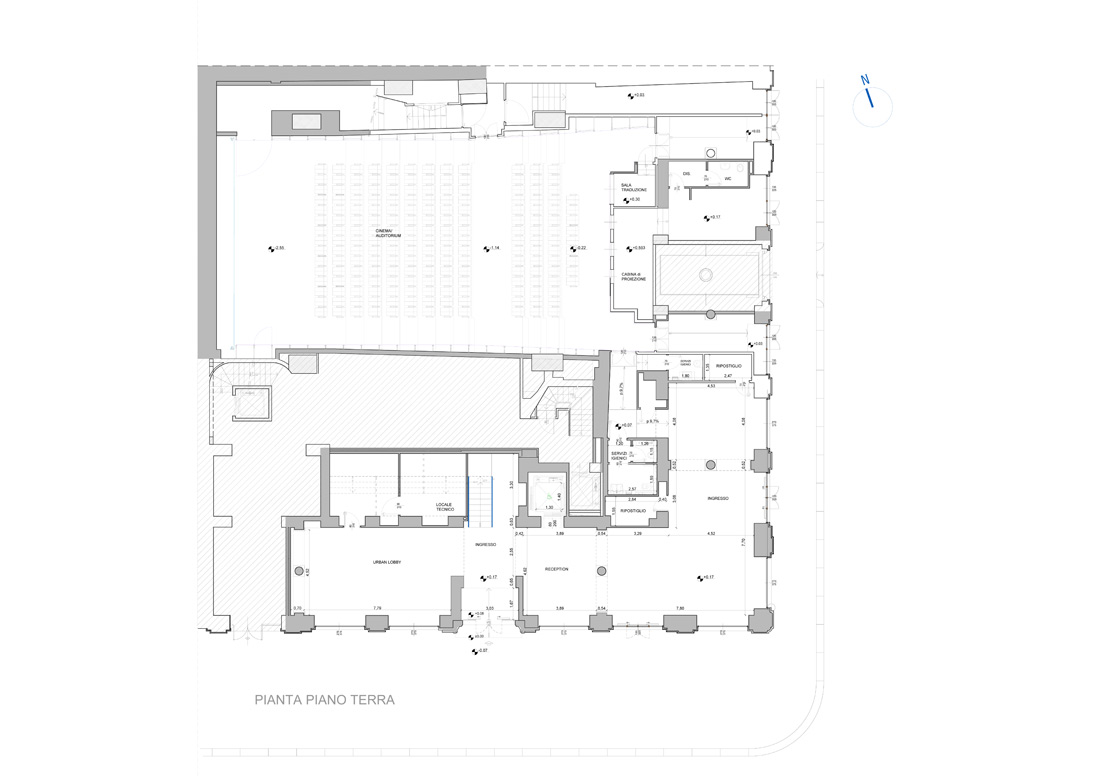 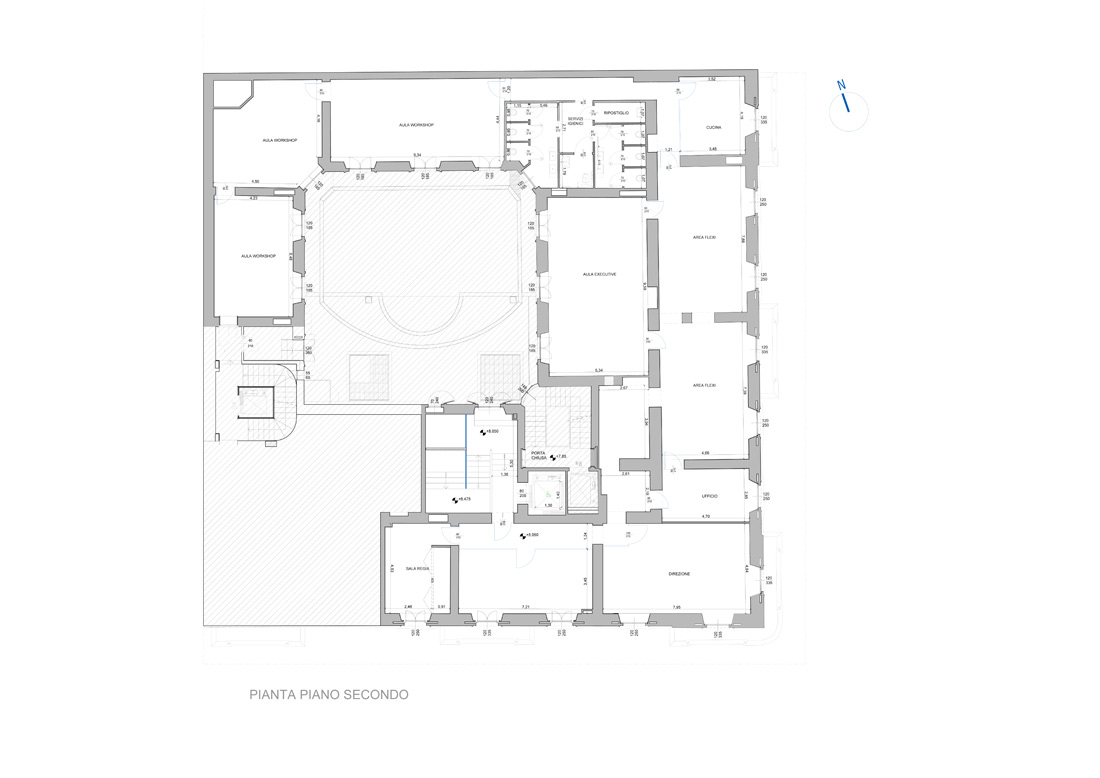 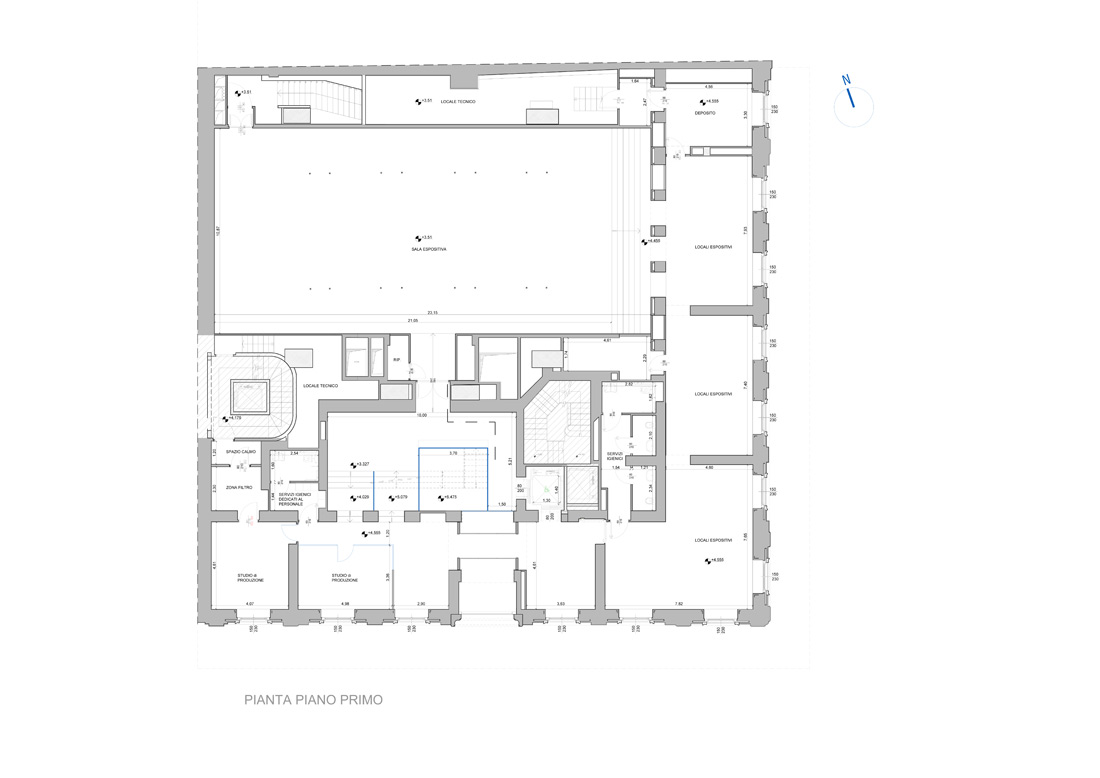