The Small Arsenal is a protected cultural monument, part of Zadar’s medieval fortress Kaštel. To date, only a few of its parts have been preserved, among others the lower part of the entrance tower, later converted to a gunpowder magazine – the so-called Small Arsenal. After the 2017 conservational restoration, it became a centre for visitors and a starting point for exploring and visiting Zadar’s fortification system.

Conservation requirements prescribed minimal architectural intervention, therefore multimedia was introduced as an equal spatial element. The interior space of the Small Arsenal has two modes of appearance: the one where multimedia is present and the space is dematerialized and invisible, and the one where the space is visible with all the preserved historical layers. The space is darkened when entering, but at the same time a large projection on vertical floating glass -hitherto invisible – is launched and an interactive projection on a walkable glass sheet above the former canal is also activated. Once the display is over the light goes on, the multimedia disappears, projection surfaces become blank, and the presence of the new is almost invisible.

What makes this project one-of-a-kind?
The architectural interventions in Small Arsenal attempted to affirm all the preserved layers of history. The inner and outer canals were unearthed and the walled in side door was opened. Reanimated layers were actively integrated into a single entity together with the virtual one. The new, contemporary layer was added carefully, virtually without touching the fabric of the monument, using modern materials and techniques. 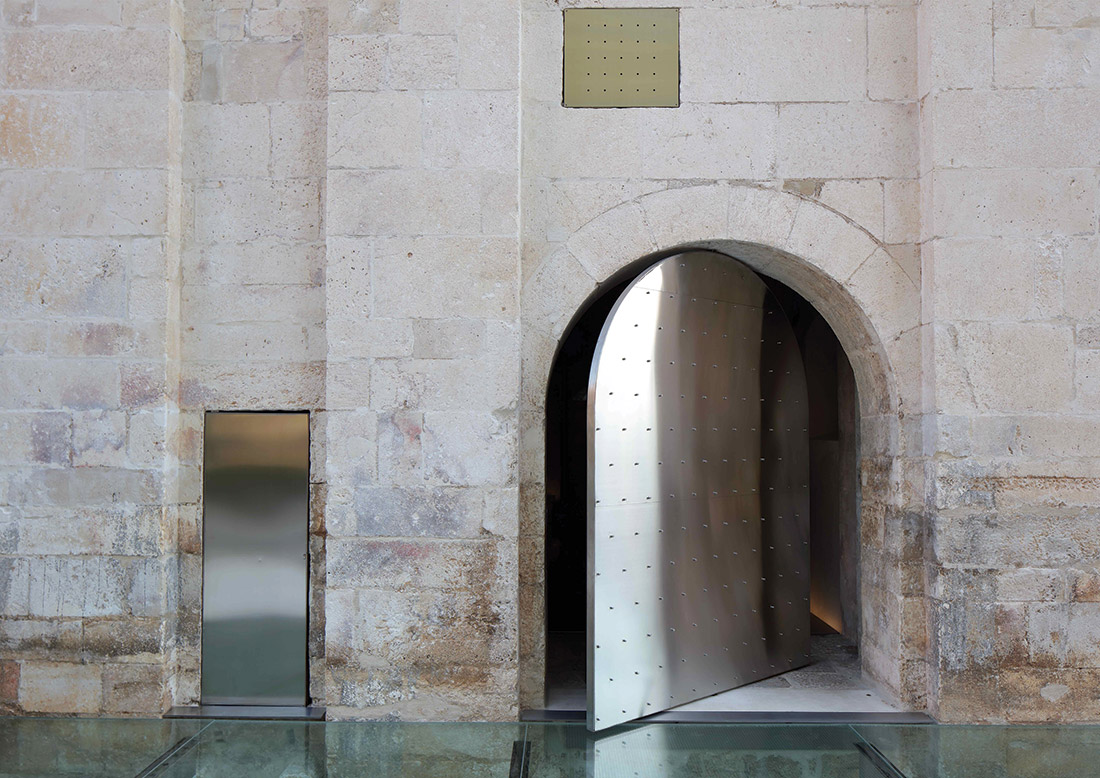 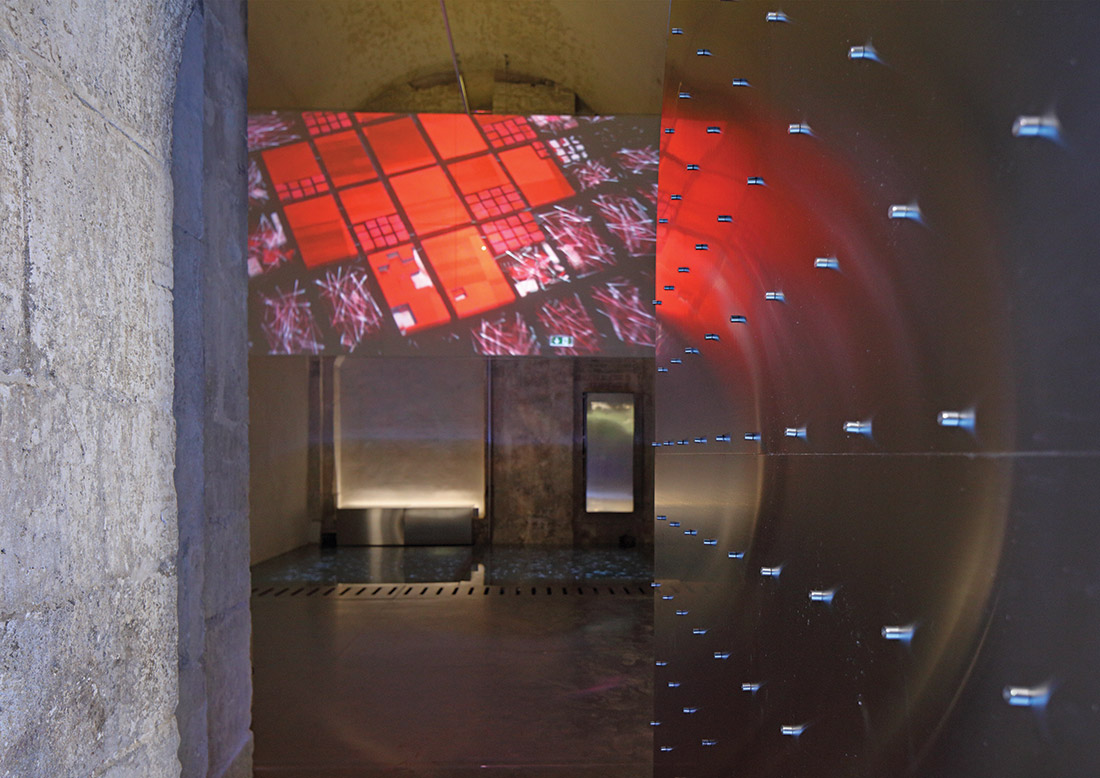 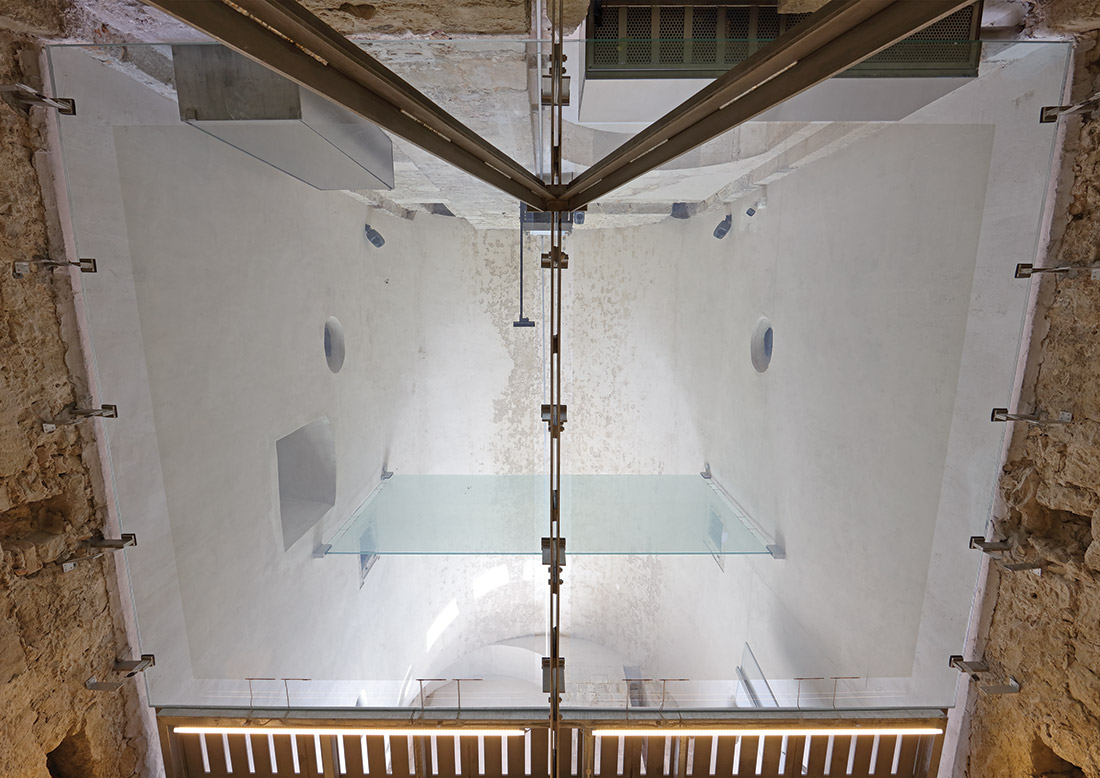 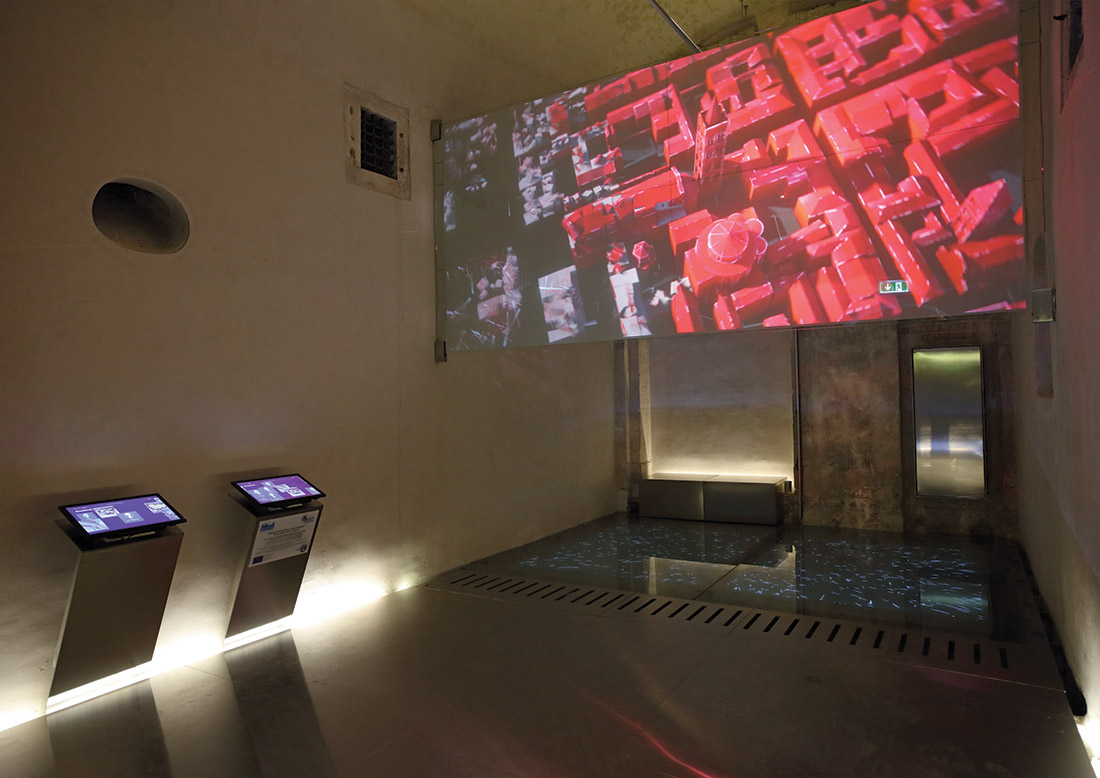 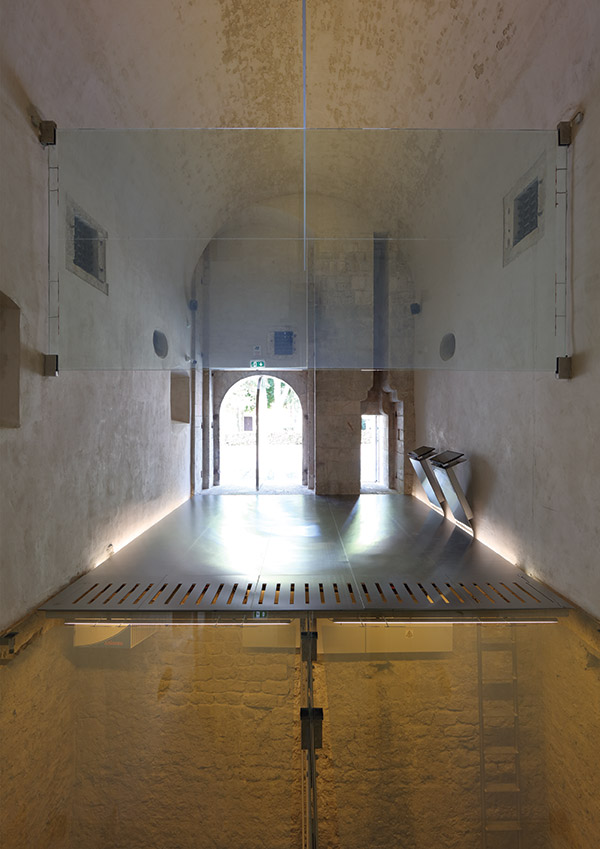 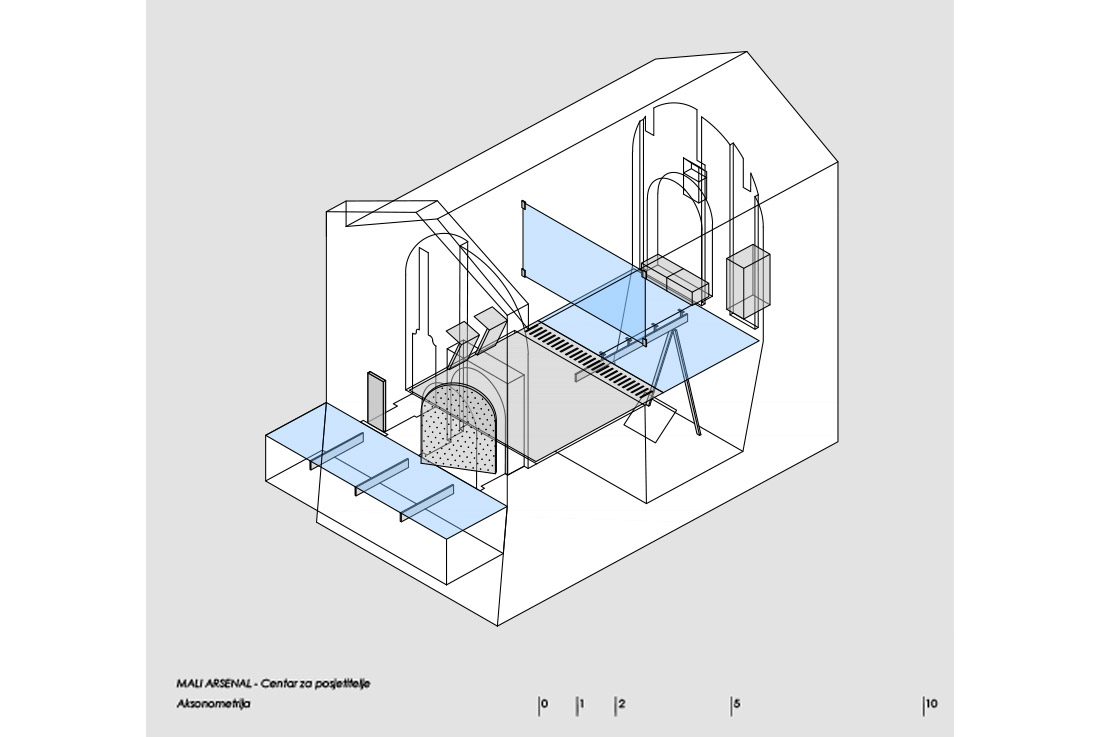