The groundbreaking ceremony took place on 13 September 2016. The covered footbridge is 225 meters long and 9 meters wide. The total weight of the bridge, including elevators and escalators, is 1,000 metric tons. The bridge has a 180-degree panoramic view of the highway and the cultural landscape. It was installed in six sections, the heaviest section weighing 195 metric tons. The bridge construction is supported by seven concrete pillars placed outside the clearance gauges of the railroad and highway. The longest span over Køge Bugt highway measures 58 meters. The steel girder has an internal dehumidification system and two Tuned Mass Dampers (TMD) for at-tenuating vibrations inside the two largest spans. The bridge has 31 windows in the south-facing facade and just one in the north-facing facade. The project used 620 tons of steel and 920 m3 of concrete. The bridge can carry up to 1,800 persons at a time. The bridge is equipped with five elevators and five stairs in conjunction with escalators. The elliptic shape is designed to hug the underlying terrain with its varying requirements to clearance height above the S-train line, the highway and the high-speed rail line.

What makes this project one-of-a-kind?
The station architecture and technical design promote ’the good travel experience’, where the flow in-side the covered bridge is designed to offer both an open view to the north and smaller apertures in the interior wood panels toward the south. 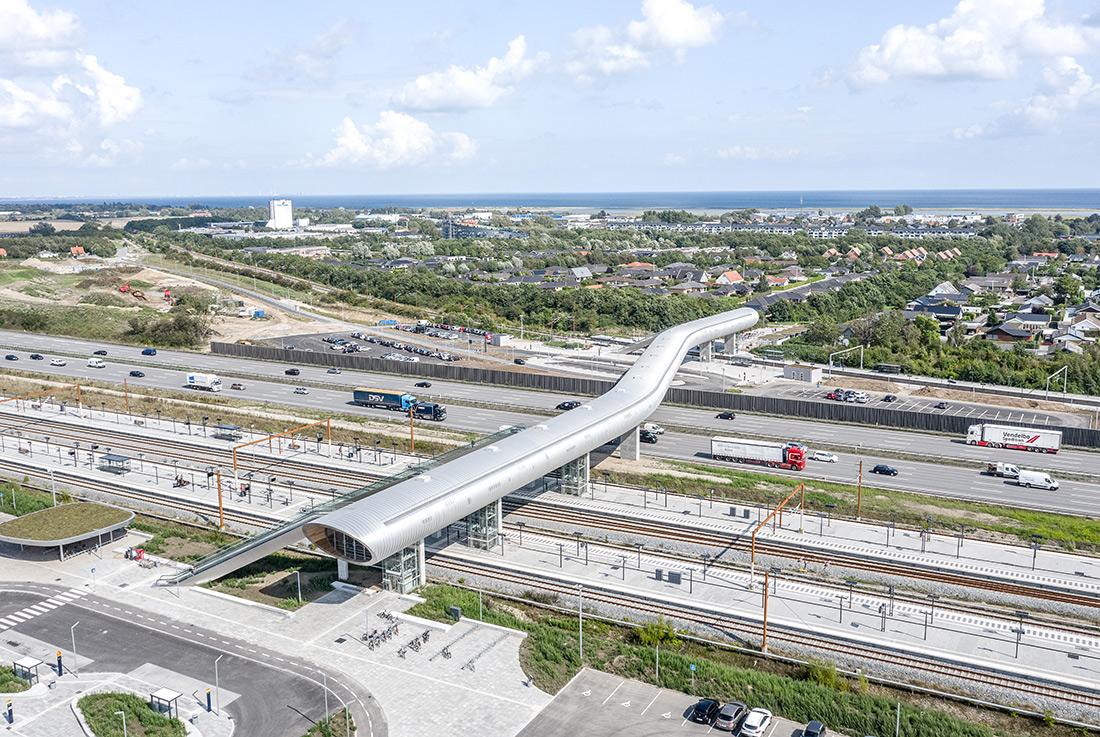 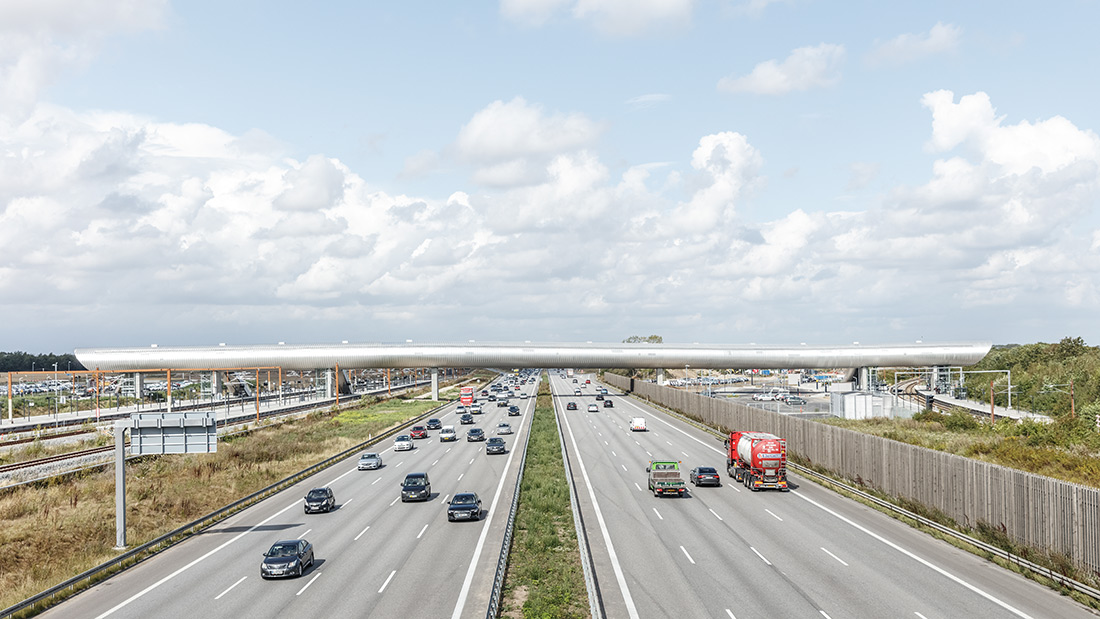 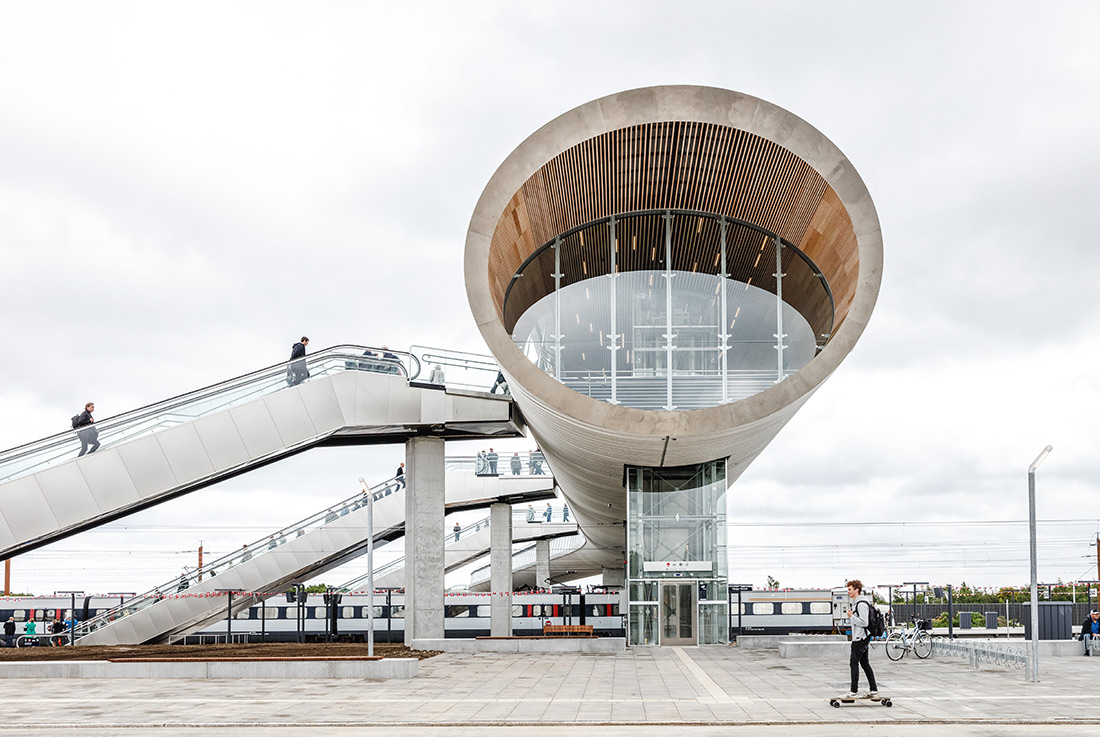 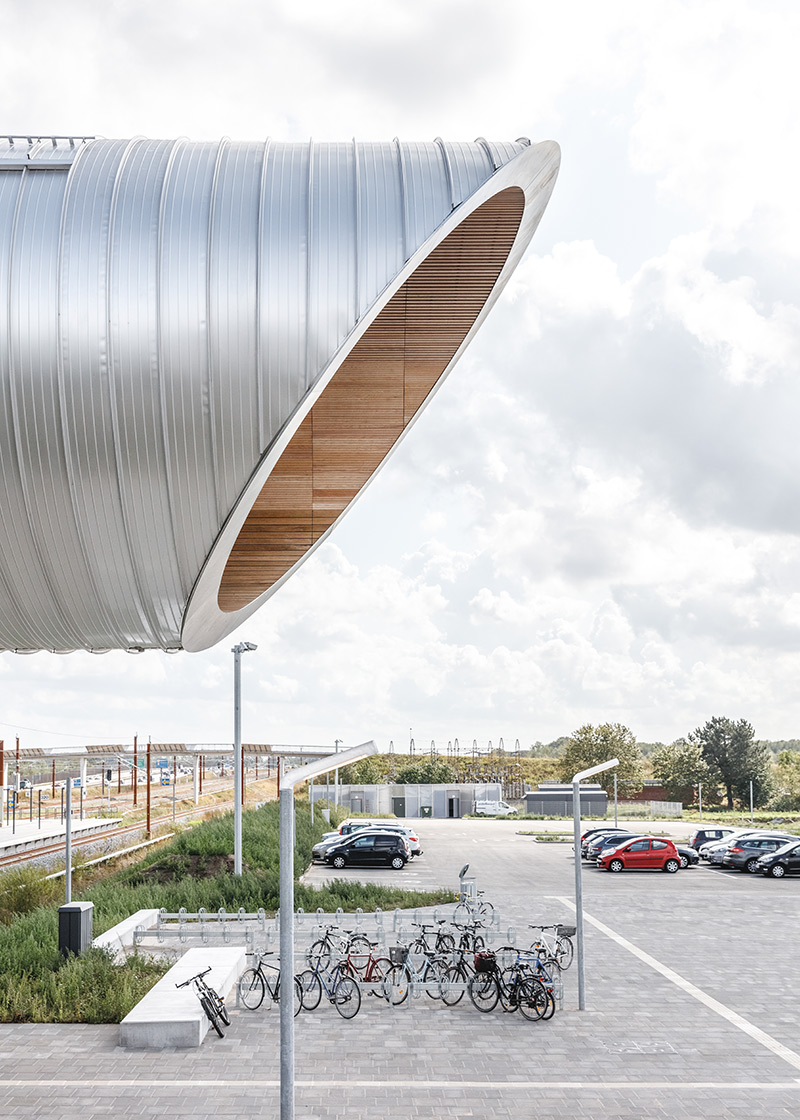 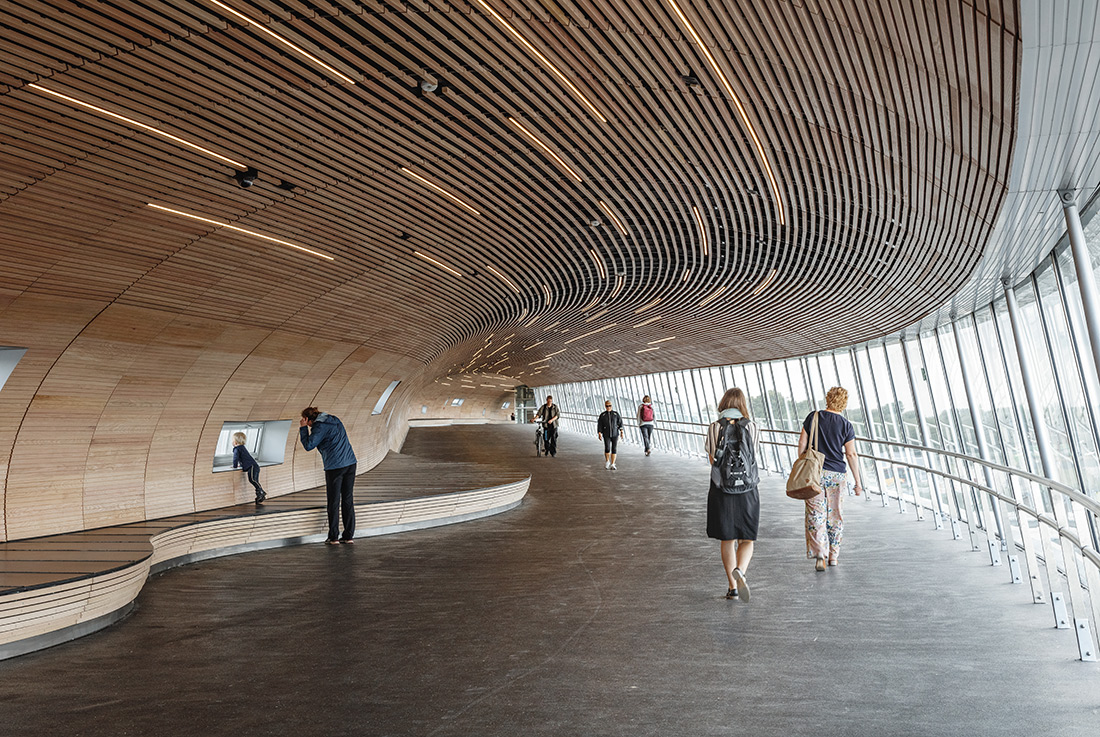 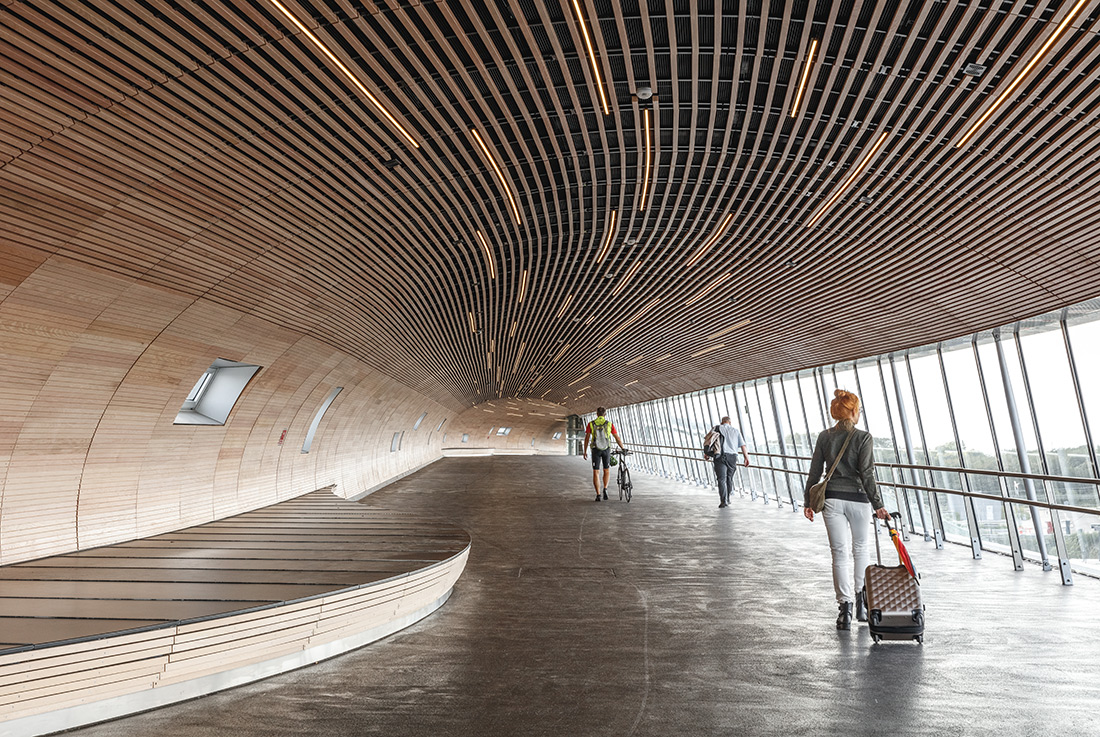 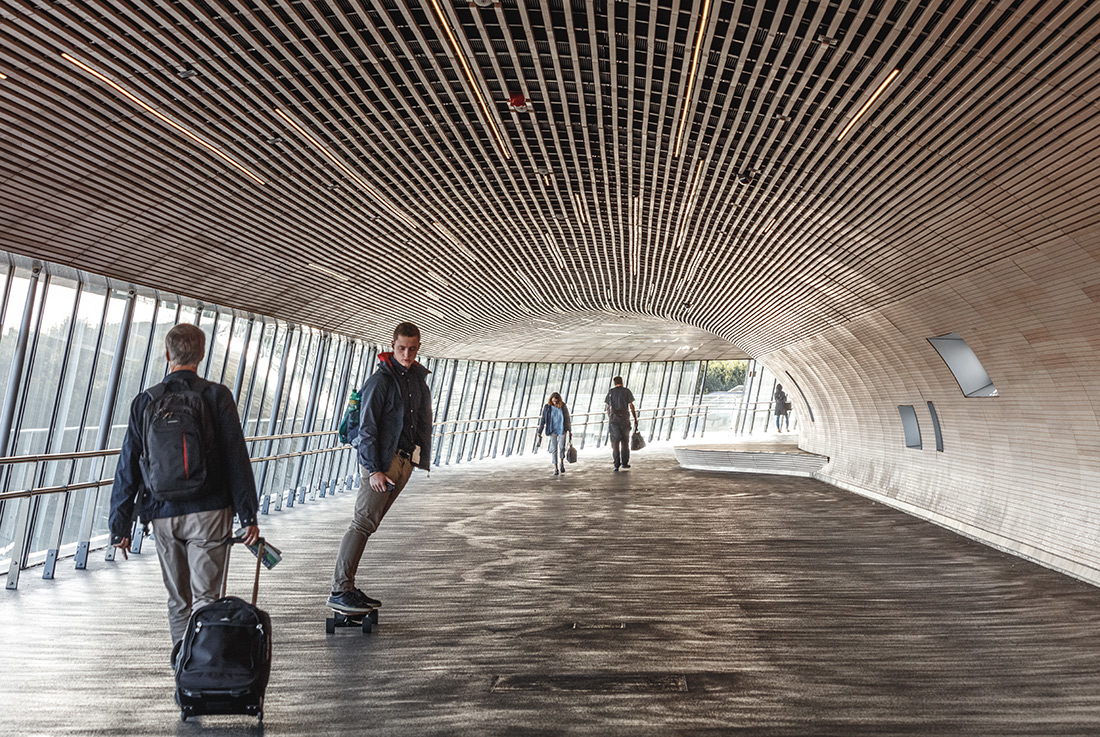 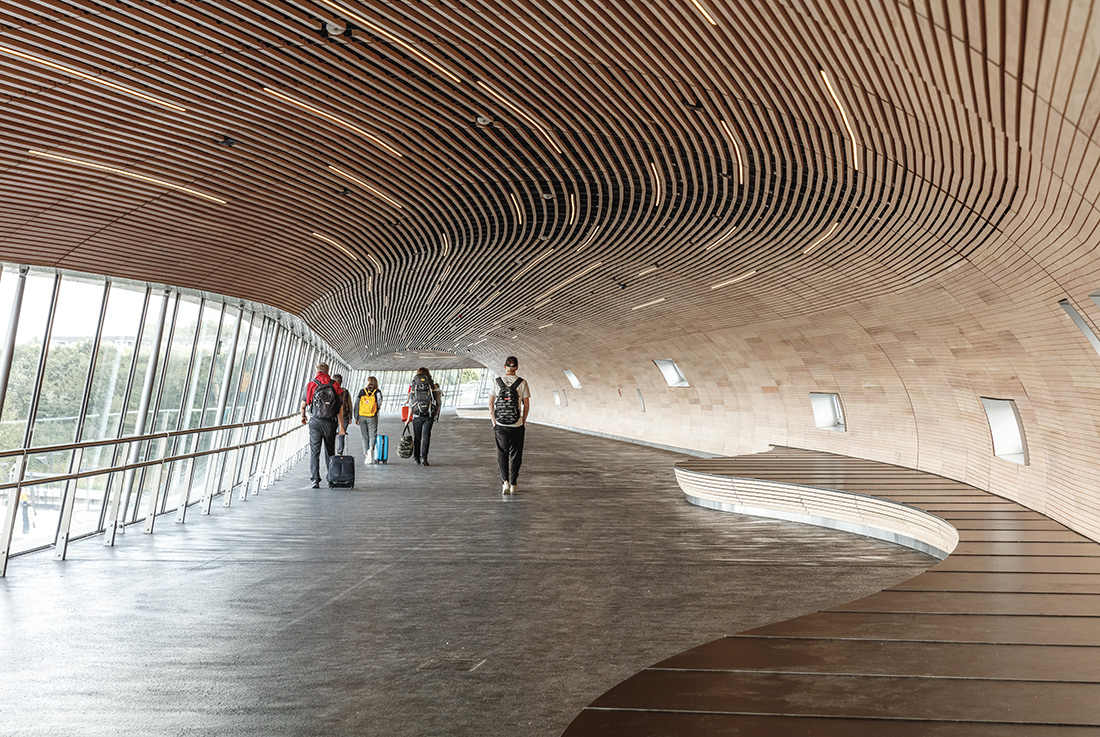 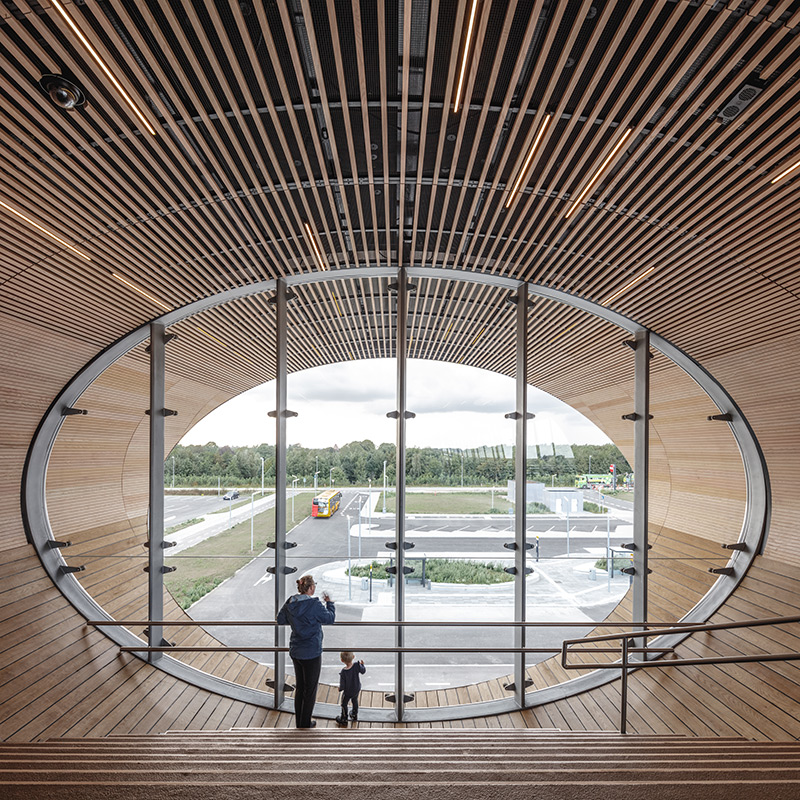 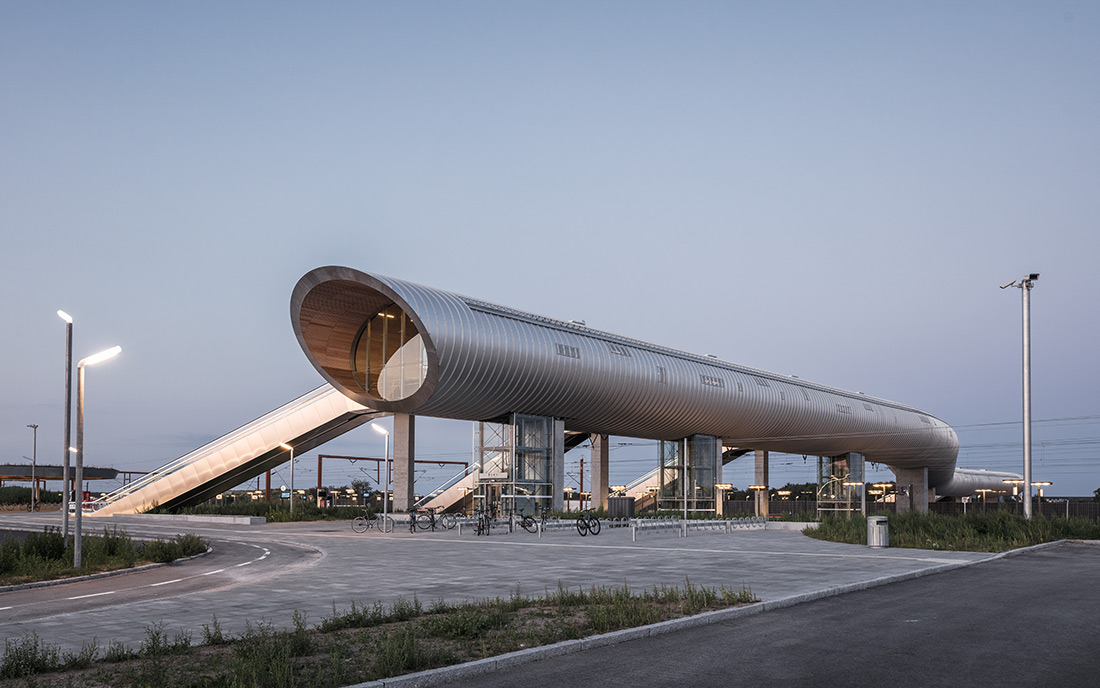 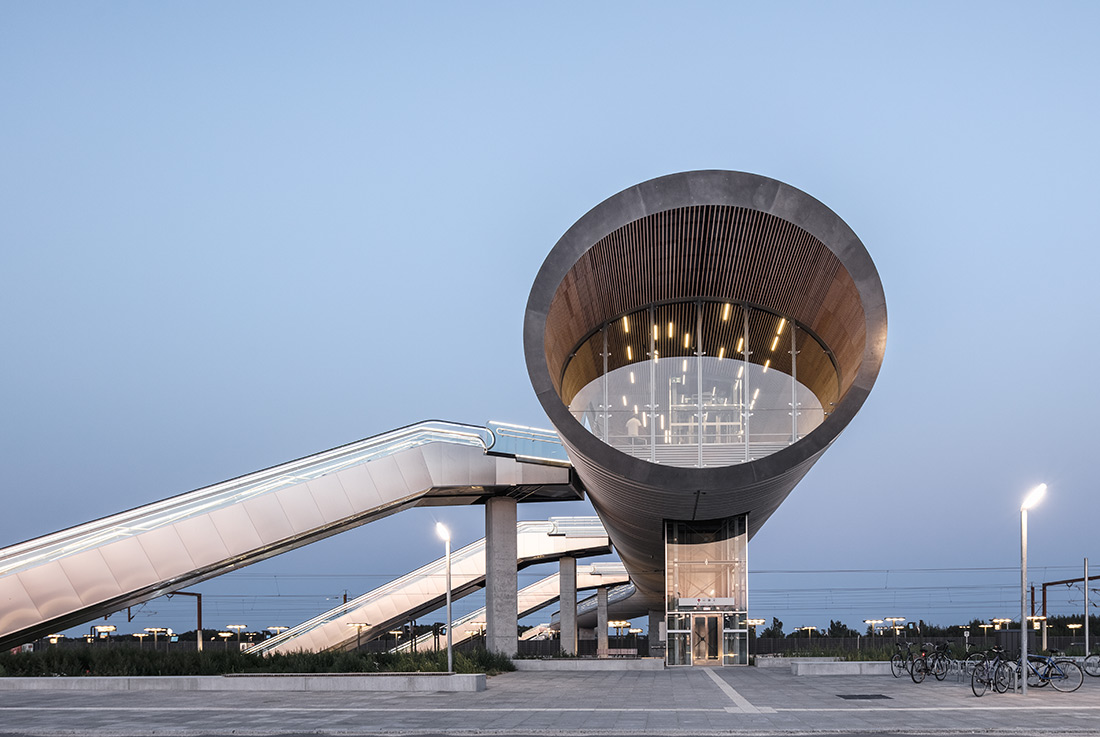