The Catholic Diocese of Pécs intended to establish a new kindergarten institution in the historic downtown of Pécs, in the immediate vicinity of the UNESCO World Heritage Site. The site, like much of the town centre regarding Pécs, has been structured in overlapping layers for the past 2000 years, which have always and continuously determined its development. As they were transformed or rebuilt, they created new values. In the spatial structure and urban fabric preserved in the present age, along the rebuilt superstructures and walls, there is still a reverence deriving from the past, which was inherited in a coherent network. The unified system of scattered memories survived from age to age and still suggests its former existence. In this part of the city, the built environment especially appeals to us, a place of admiration, humility and respect.
Therefore, at the beginning of our design work, we conducted a major architectural research in cooperation with our heritage conservation colleagues. The present of Pécs is represented by the combined imprint of its past and successive ages. They can only be viewed together since they are currently perceived together and organically related. Since they follow one another, they are built on one another, therefore they are inseparable. In addition, there are factors that influenced everything from the beginning and affected everything, namely the landscape and the specific geographical features of Pécs.
In the previous centuries, the design area was uninhabited, serving as the garden of the canon house in Janus Pannonius Street. Later, it was used as a paved court, with its area separated by a high retaining wall and formed into two horizontal planes. With the new building, we wanted to continue building the fabric of the existing environment, as if it had always been there. We also wanted to create the atmosphere that this is a modern facility, which was built in the modern are. Regarding the new institution, for economic reasons, the courtyard building on the adjacent site also had to be connected to the location described, with the internal reconstruction of the servicing section considering the kindergarten.
The upper, entry level has a multipurpose meeting room and gym. The unit of the four group rooms are organized around a circling courtyard. The outer, transitional and interior spaces of the courtyard are interconnected and form a coherent space. Deep-glazed doors and windows allow the little ones to experience this experience. The masses of terraces that blend in with the terrain approach the scale of the children, while providing the greatest possible view of the wider urban and landscape environment. 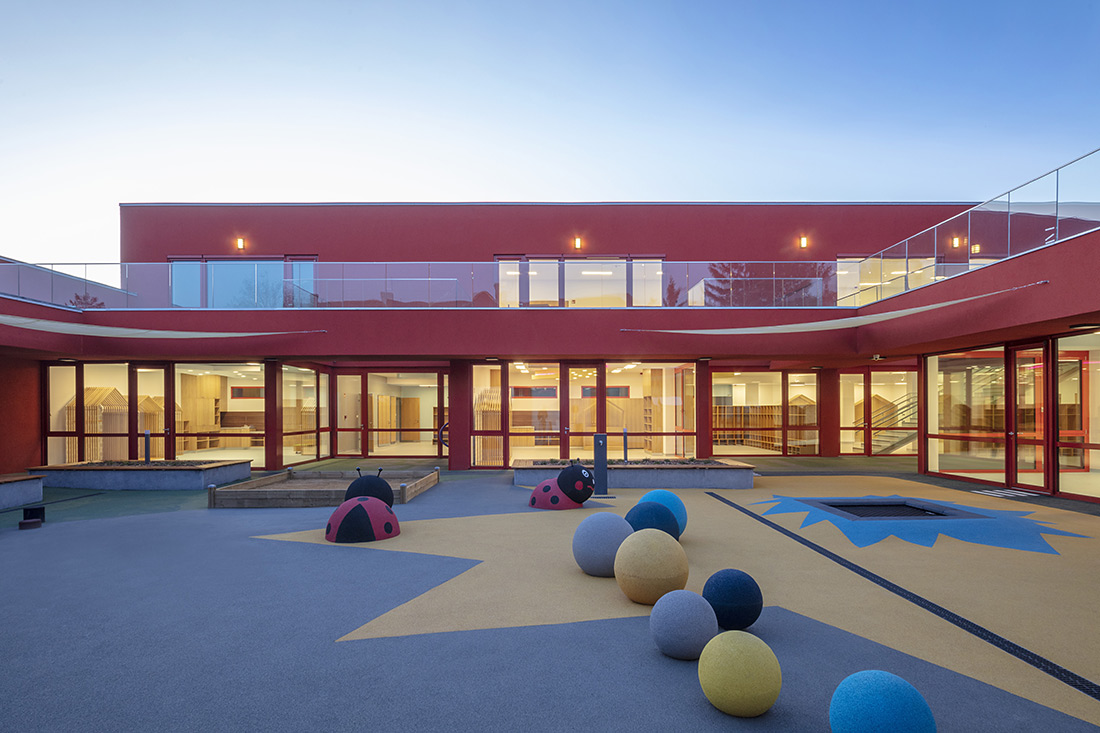 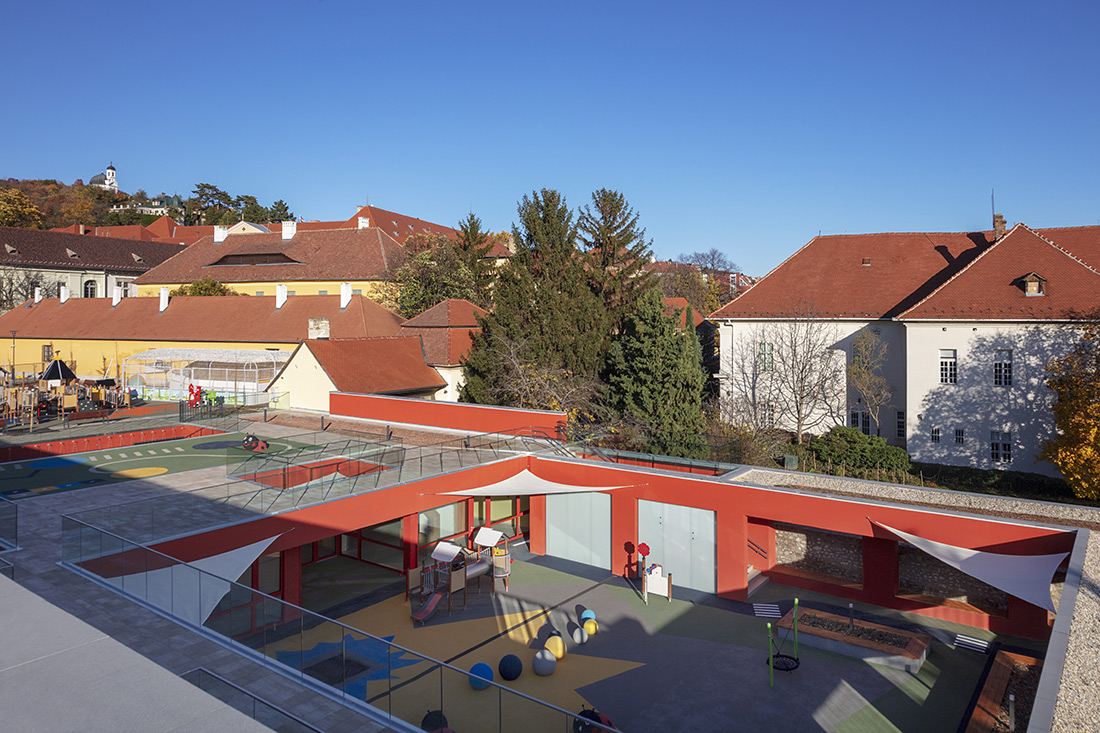 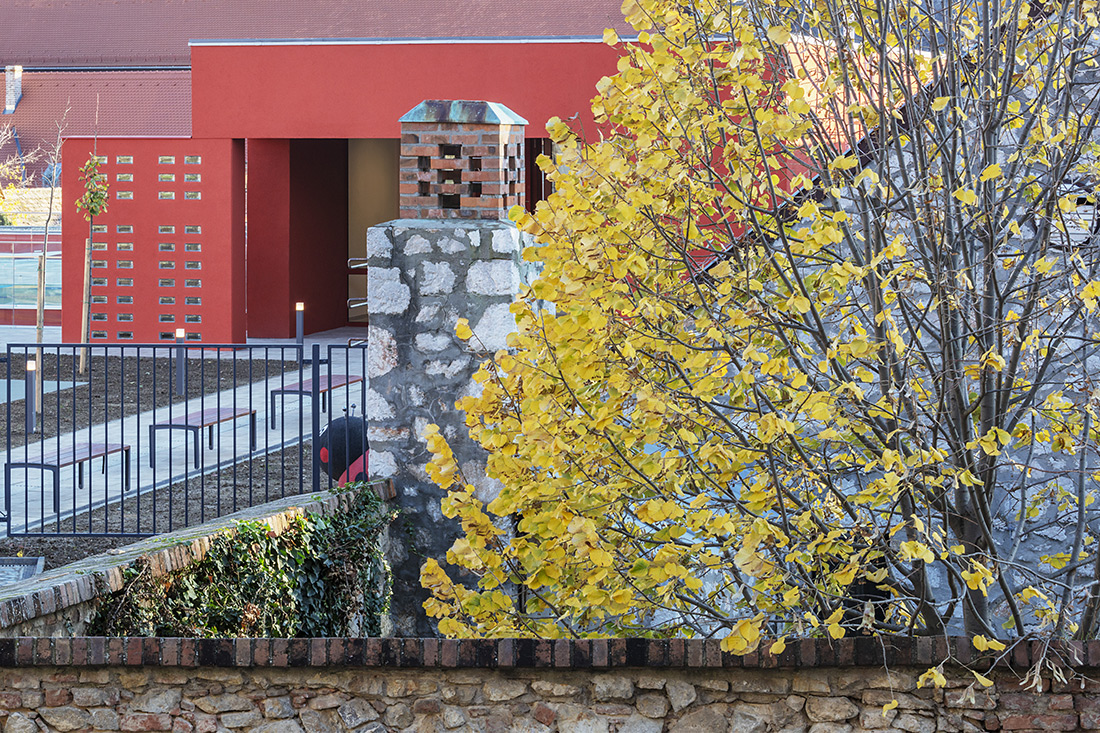 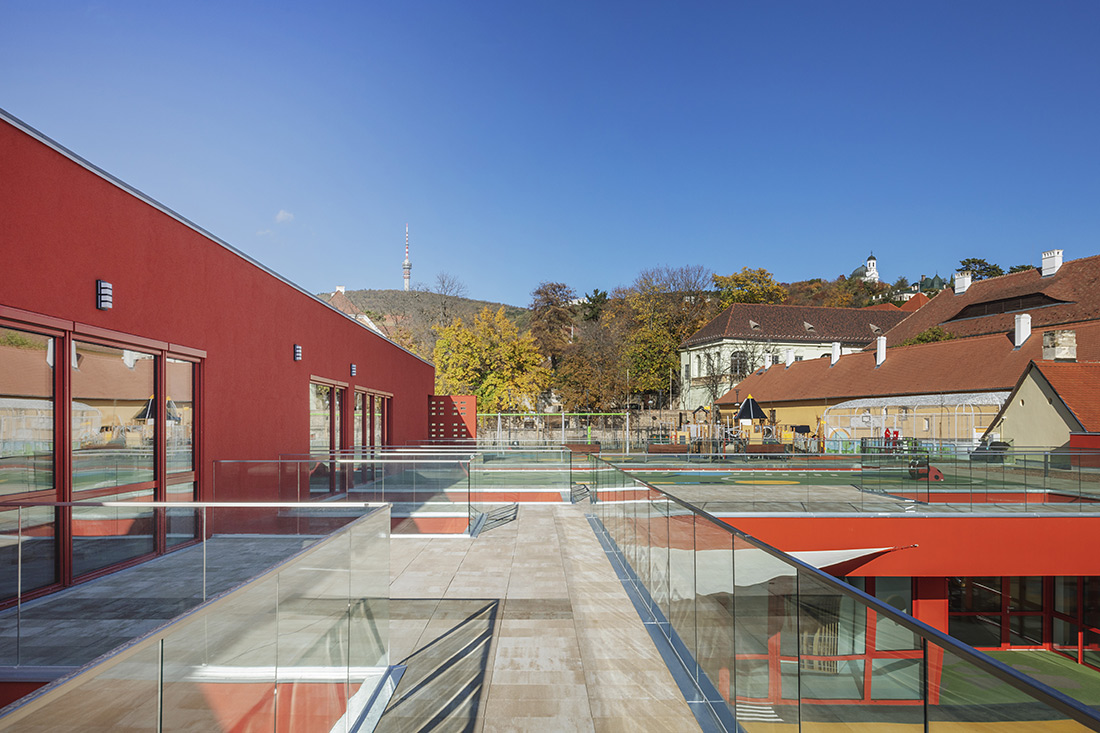 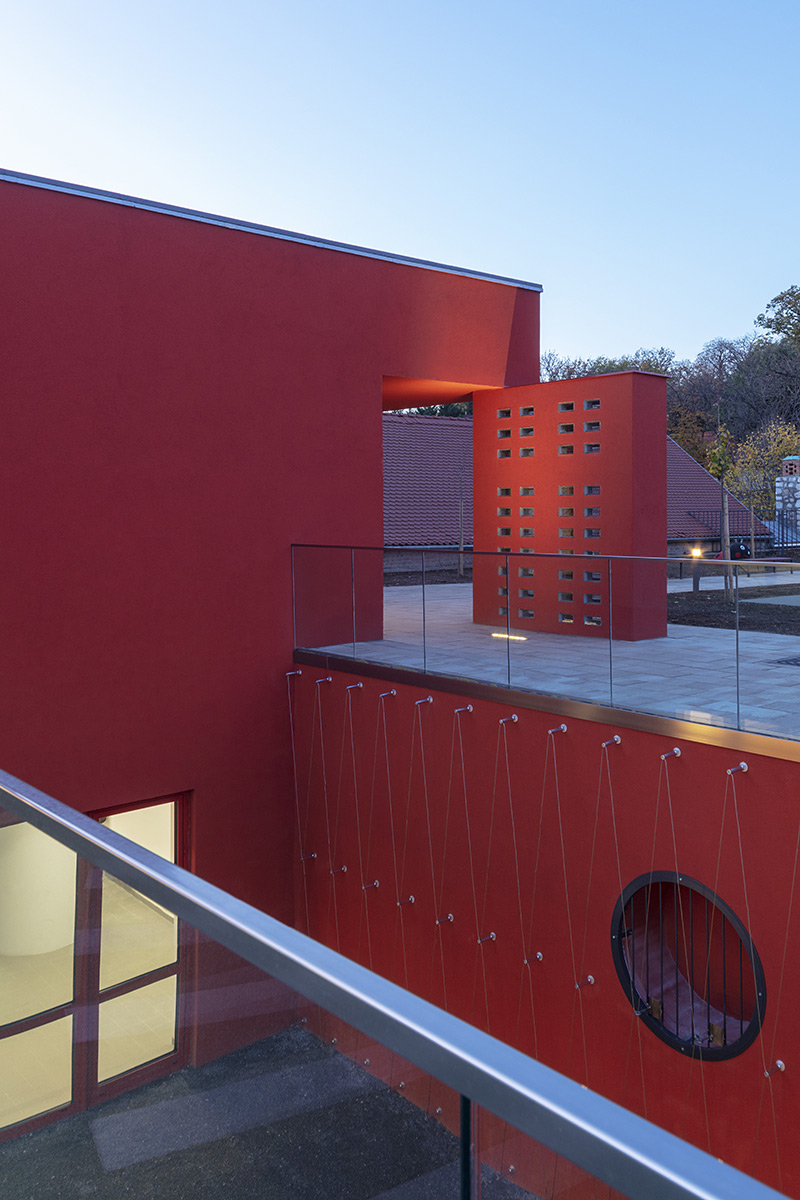 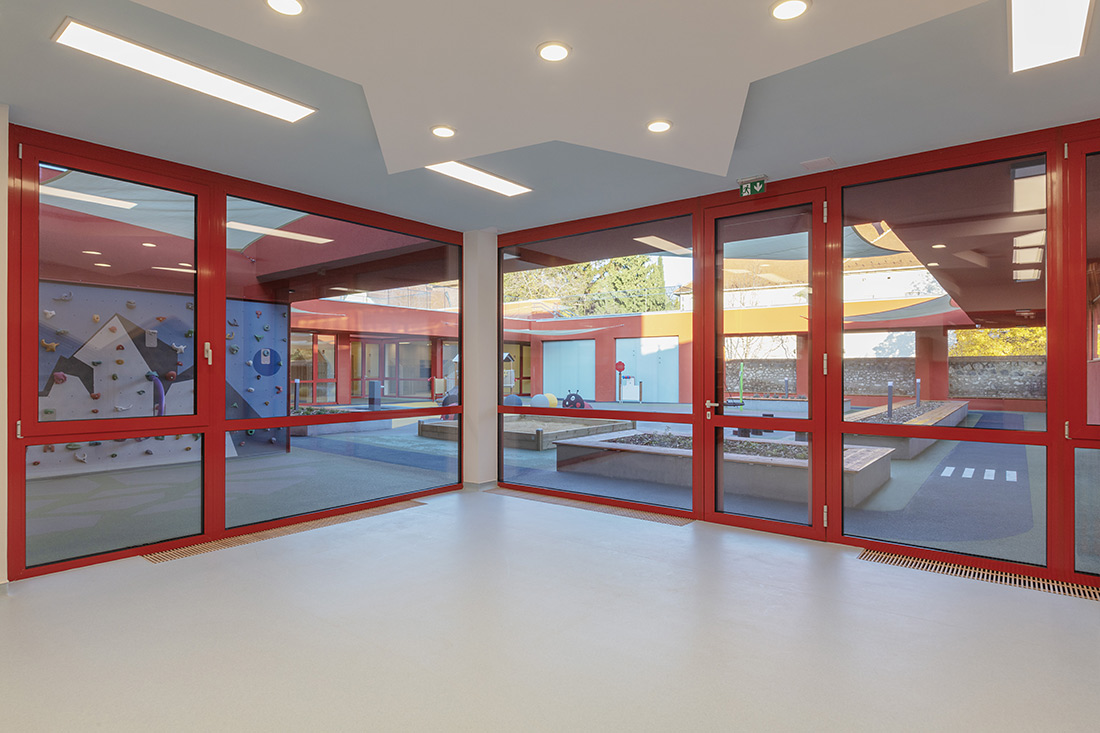 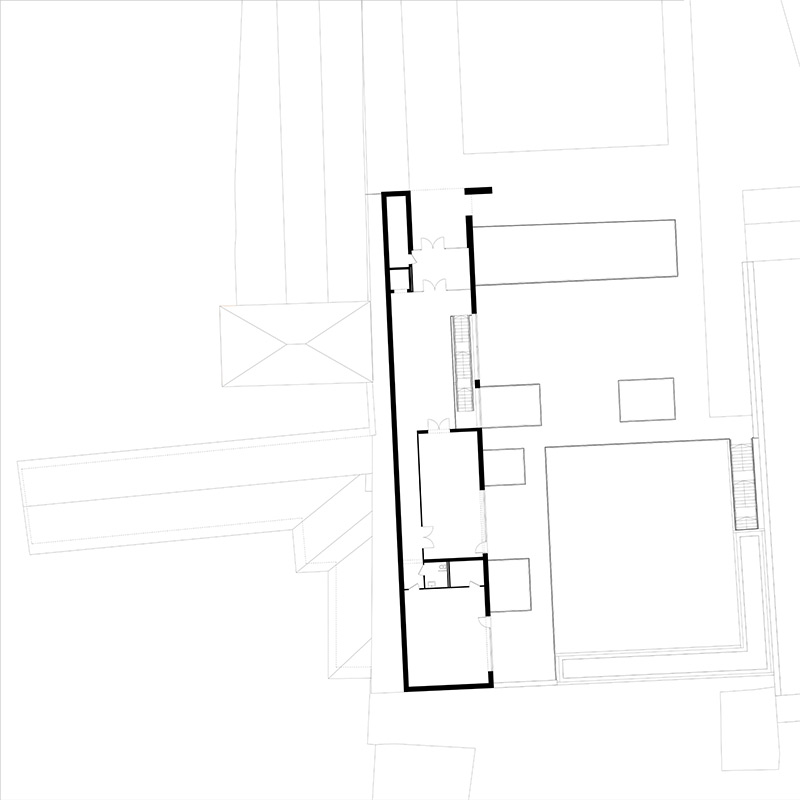 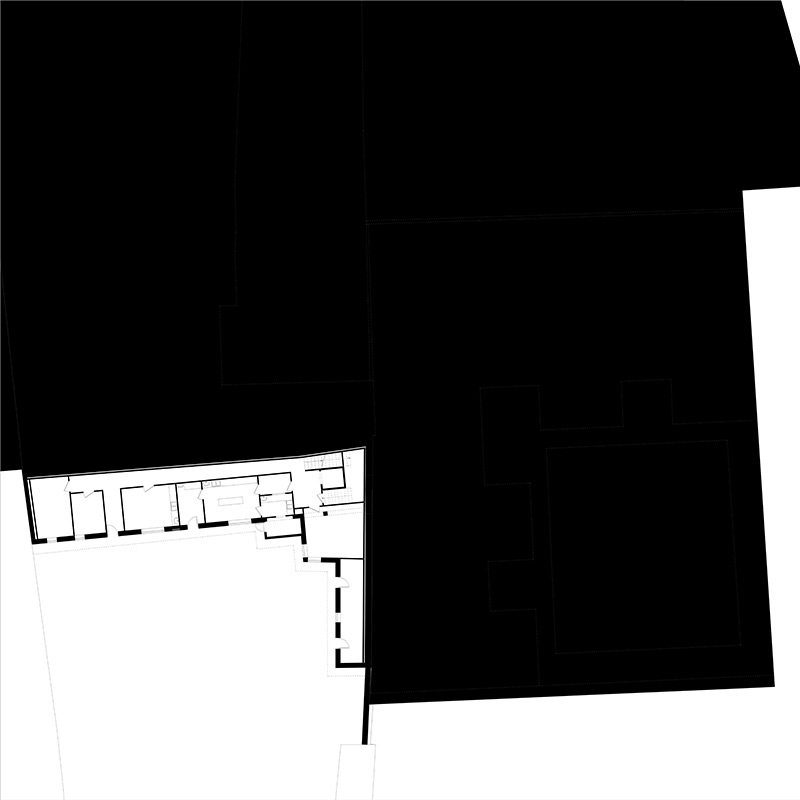 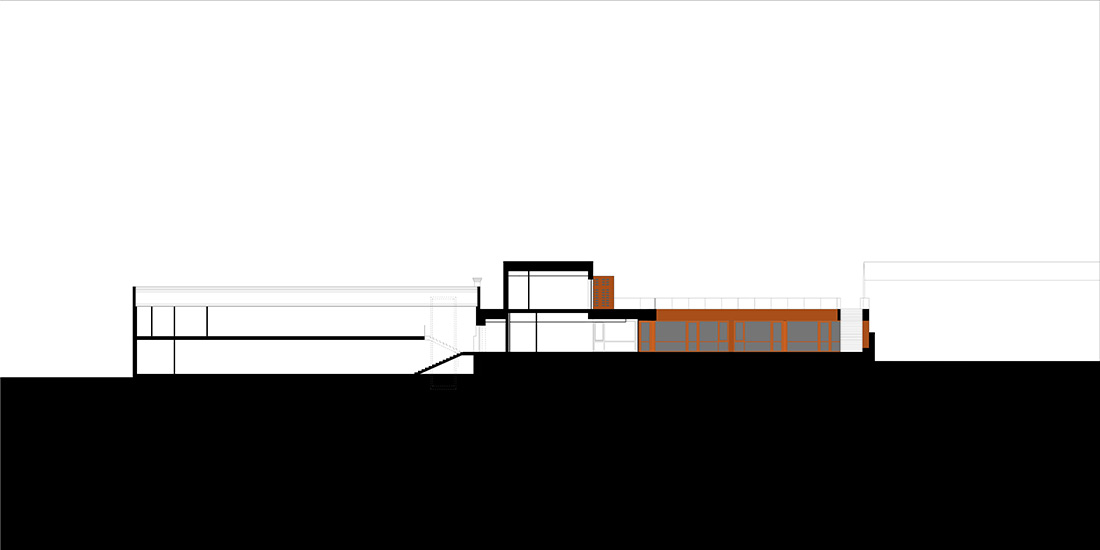 Client
The Catholic Diocese of Pécs