The Karlovac freshwater aquarium is located on a site of a planned campsite by the river Korana. The building volume is partially dug into the ground and covered with earthen embankments from its outer edges. The design concept was inspired by the city’s historic center “Karlovac star” surrounded by “Šanci” – defensive earthen walls and mounds. The goal was to form a new city focal point on the right side of Korana River, to validate the promenade and make a new tourist attraction. A public square area is defined by the aquarium building surrounding it. The main pedestrian routes intercept it in three main directions: western towards the city center and the promenade, southern towards the neighboring polyvalent area used for concerts and eastern towards the main road approach and the stadium. The aquarium facilities are hidden around the square without disturbing the natural Korana valley.
All three parts of the aquarium building can be entered from the square: the exhibition, the reading room with a cafe bar and the office spaces. Each part has only one façade – the one oriented towards the square. The facades oriented towards the plot edges are “invisible”, their back sides and roofs are covered with earthen material and act as part of the park, playgrounds and walkways. Green roof gardens “hide” the building and preserve the natural landscape on the right Korana bank. All three parts of the building can function as separate facilities or all together as integral parts of the aquarium exhibition. The square is the starting point of the aquarium exhibition with a water surface that symbolizes the source of the karst river.

The aquarium exhibition displays the flora and fauna of Croatian rivers and their ecosystems, geological history, traditional culture and history of the four rivers of the Karlovac basin. The display layout follows the flow of a typical karst river – together with its flora, fauna and biodiversity. The exhibition starts outside, on the square. It continues inside the building with a system of ramps that wind like a river down into the basement level because specific plant and animal species require complete control of lighting conditions in order to survive. The exhibition layout linearly shows the different river habitats from its source to mouth, tracing its entire flow. Aquariums are placed along, above and below the visitor paths. Along the pedestrian ramps the fish are first observed from above, as they are when walking along the river; and then from the sides – they can be seen below the water surface. The visitors listen to the sounds of the flowing river, simultaneously going down the ramp system and following the river as it flows. After the headwaters (upper part of a river) the sounds quiet down, visitors plunge into caves that feature endemic species which are, in nature, often found in subterranean streams. The space expands, lighting comes from the tanks, and visitors can take a break in the central area, lay down on cushions, listen to the sounds recorded in caves, and observe the exhibited endemic species. After the cave, the visitors arrive to an aquarium with larger specimens of rare species that have disappeared from their natural habitats in Croatia. The symbolic river emerges from the underground to the surface. The visitors can observe the fish and aquatic plants that live in warmer parts of the riverbed. The aquariums are seen from the side, and then from underneath as the visitors walk into a tunnel that evokes immersion into a river. After the tunnel, visitors pass through a series of aquariums with water lilies and rushes usually present downstream, in the marshy habitats of a river. The exhibition ends with a system of cascading aquariums whose biotopes display waterfalls and a travertine barrier.
Finally, a stairway and an elevator return the visitors to the entrance hall through the gift shop. A space for analysis of the technological parameters of water, a scientific research center and fish acclimatization spaces are located in the center of the layout.
Karlovac freshwater aquarium is a tourist attraction based on the bio-diversity of Karlovac rivers and lakes and the rich tradition of life on the rivers Kupa, Korana, Mrežnica and Dobra. It is co-financed from the European Regional Development Fund under the “Regional Competitiveness” 2007-2013 Operational Programme. The total value of the project is 36.691.939,28 Kuna’s, of which the grant from the European Regional Development Fund is 36,222,282.45 Kuna’s. 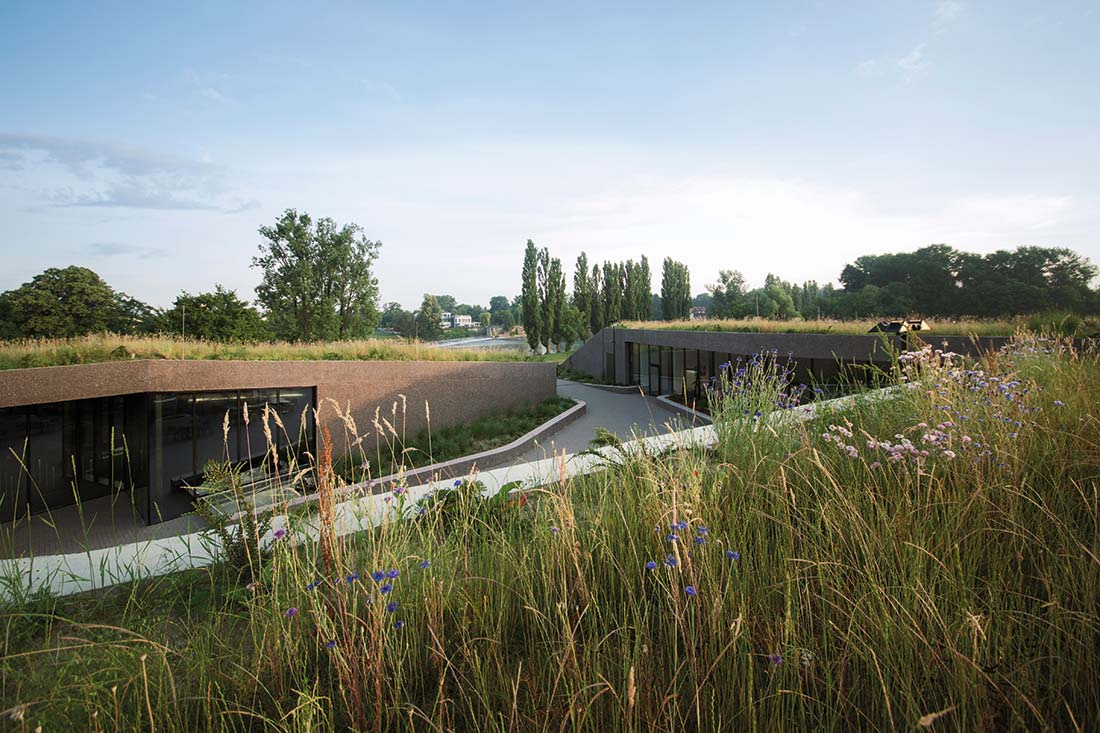 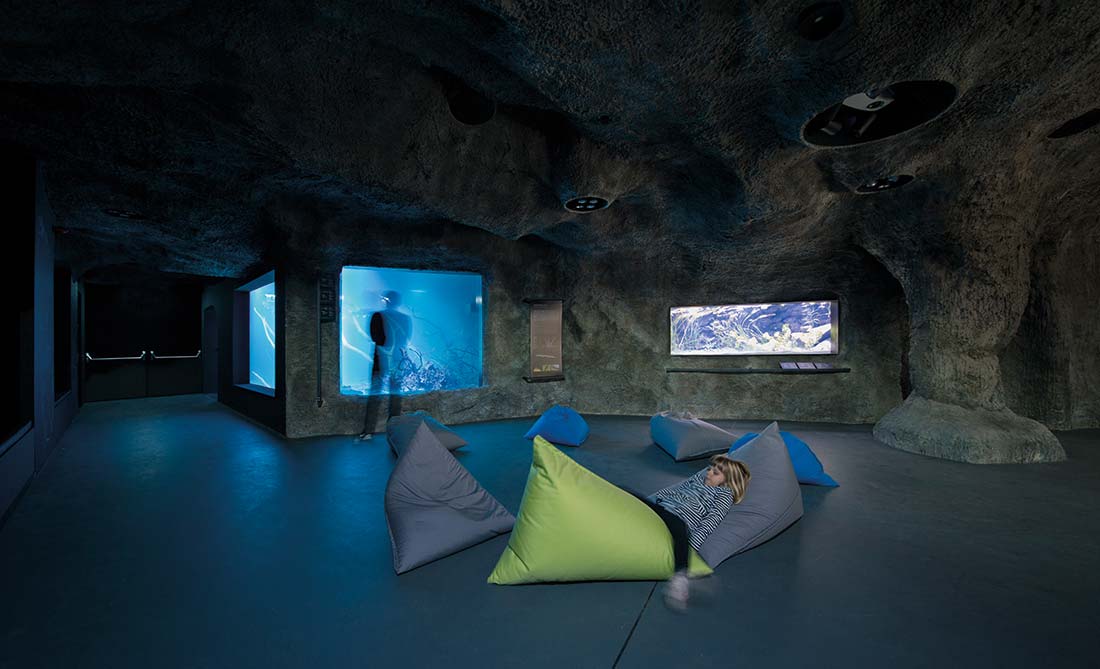 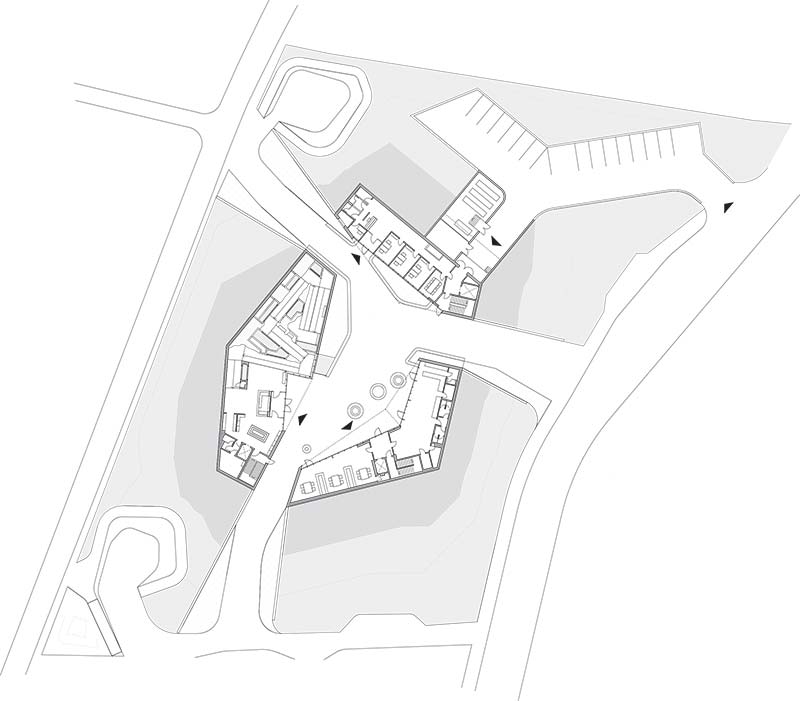 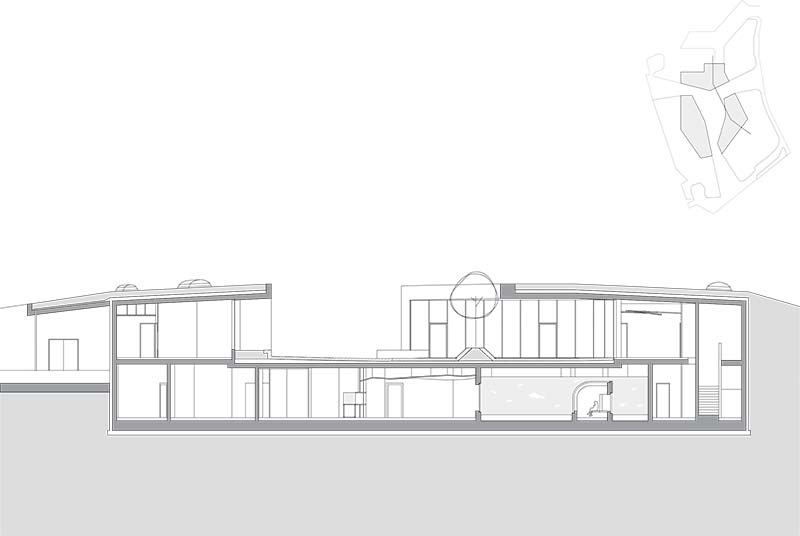