Software companies are one of the leading companies concerning quality and comfort of the workspace. Their work is less related to a dedicated workspace and it tends to take place in different environments which could be more informal, so the distinction between a place for work and a place for rest and relaxation becomes a blur.

Iborn.net is a Skopje based company that needed a transformation and adaptation of an existing house into an office space. Their request was that the new space should reflect their team’s young spirit and answer their dynamic change in the number of employees. The task was to take some of the existing furnishings and habits, model and upgrade them to relate and fit into the new space. The house was previously a family house with a lot of small rooms. Some of them were transformed into rooms for casual working and space for relaxation or socializing and some were merged to create bigger workspace for bigger teams.

The basic concept for the visual identity of the space was the geometry and the colors of Iborn’s logo. The isometric view of the cube served as a base for different combination of colors and using the surfaces of ceilings and walls a 3D effect was created, so each of the offices got its own unique and specific ambient. Thus, the identity of the company appears in a subtle way throughout the space.

The clear forms and surfaces aimed to contrast the existing eclectic style of the house built in the 90’s. The desired serene and mellow effect in the space was created by using dim lights, wooden surfaces, flowers, cork boards, picnic table, comfortable armchairs and similar elements that bought the homey atmosphere into the office.

The project is a transformation of a family house into an office space, so the challenge was to bring the comfortable feel of a home into a working space and still answer the needs of a corporate office.

Arhipunkt is a small architecture studio based in Skopje. It was founded in 2014 by Nevenka Mancheva Adjievska and Marija Antikj Nikolova, two local architects with international master’s degrees. Arhipunkt’s projects are mainly residential, both local and international. Since its establishment, the studio has taken part in every Biennale of Macedonian architecture where in 2018 it was awarded “The best architectural project” award for the House Stamatovski. Apart from the standard architectural practice, the studio tends to engage in other activities and workshops aiming to improve and spread the common knowledge about architecture. Working in turbulent times for Macedonian architecture, not discouraged by it, Arhipunkt is a curious analyst of local architectural phenomena, fighting it and choosing to criticize and influence by example. 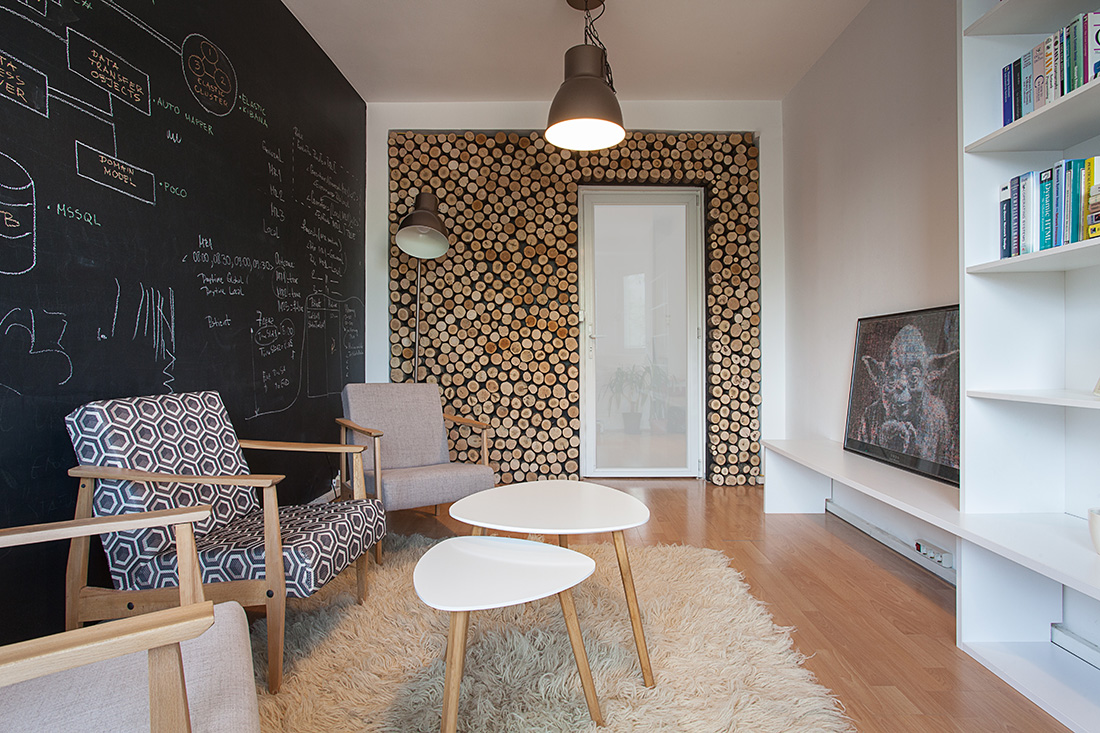 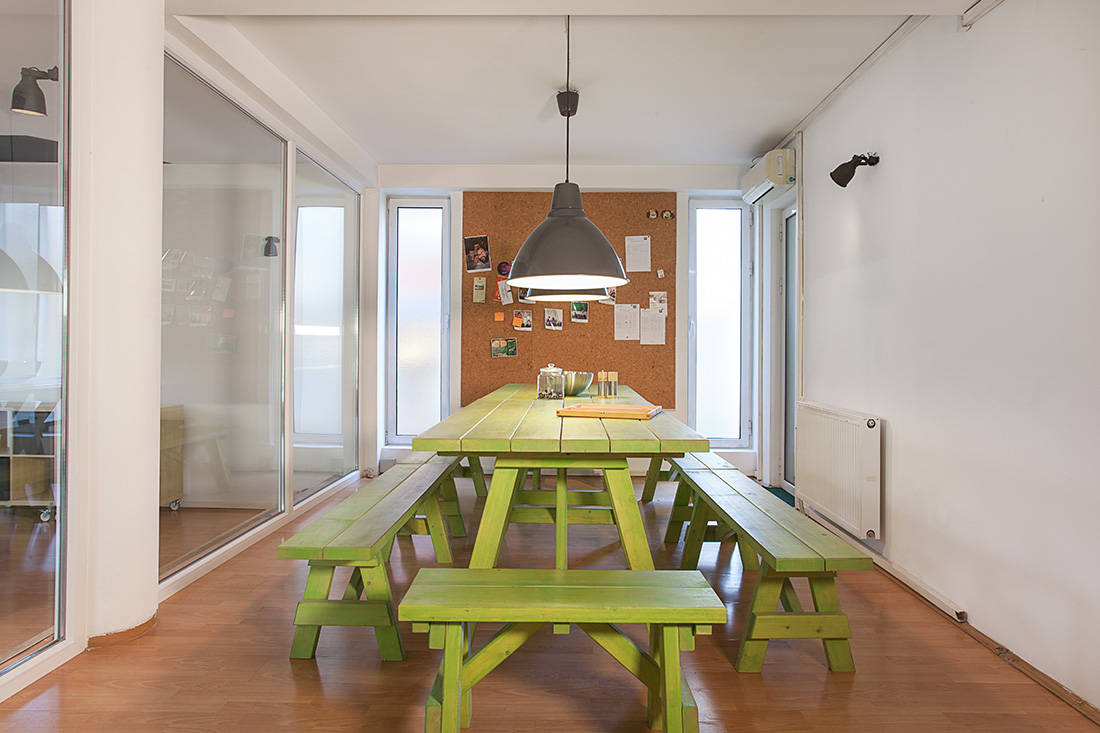 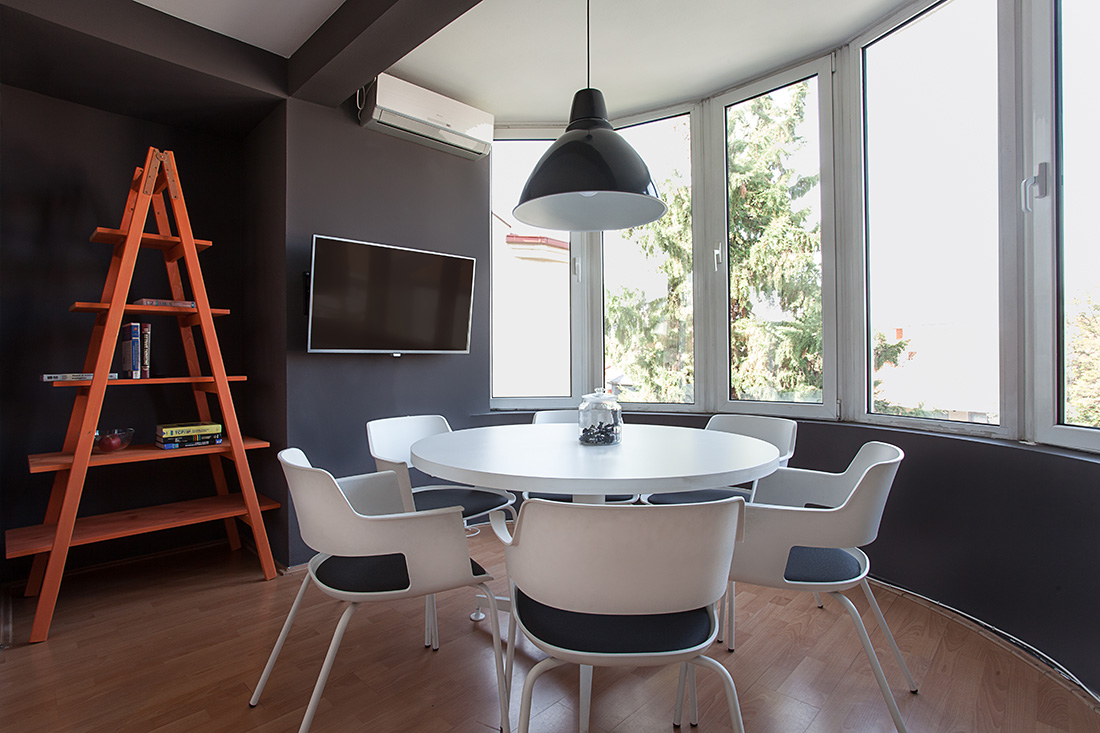 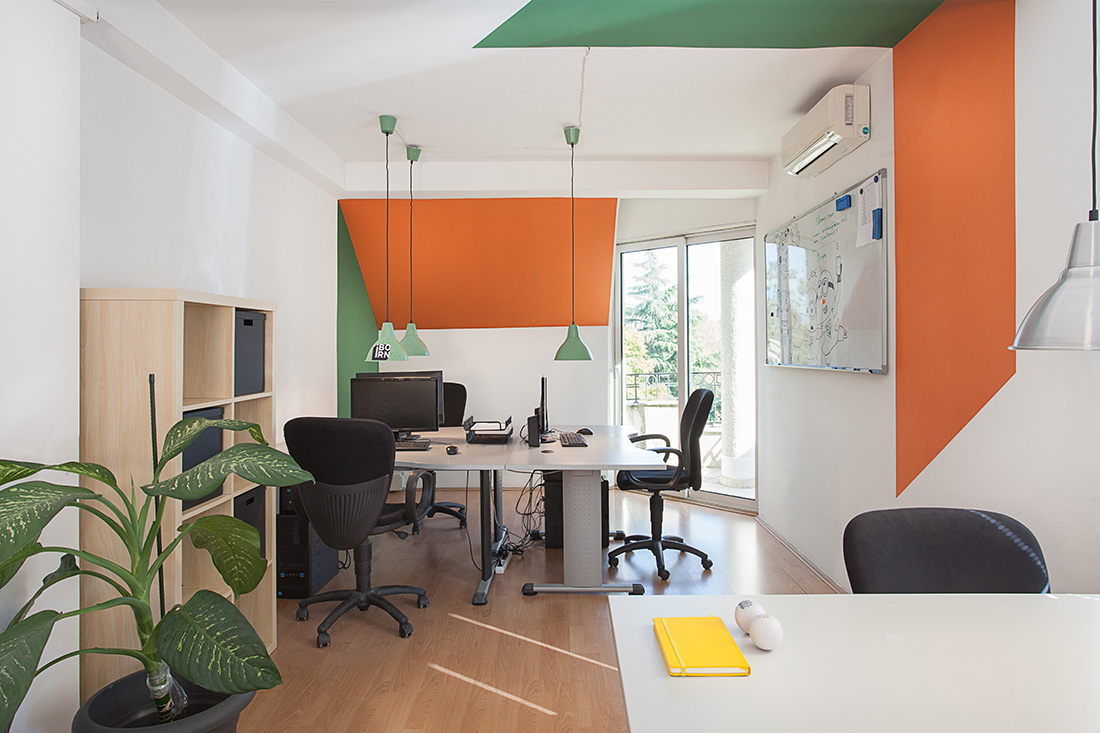 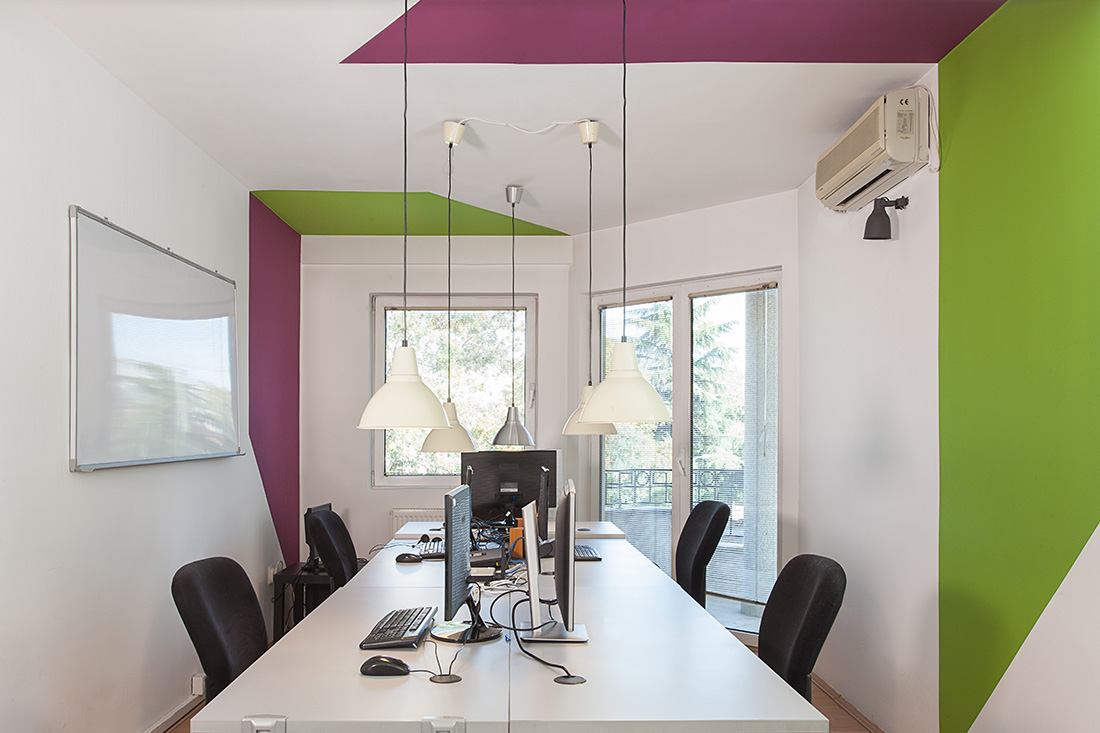 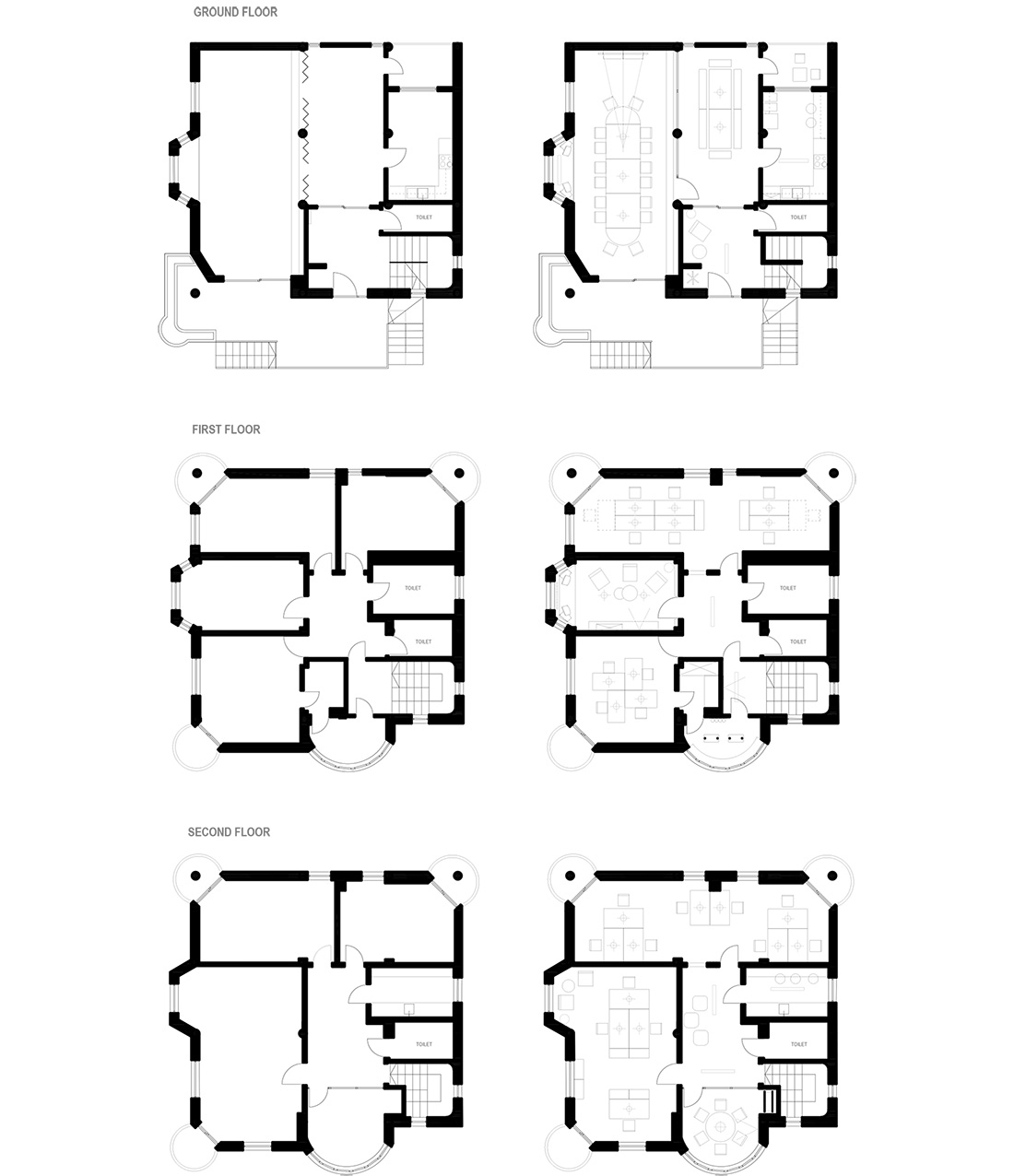 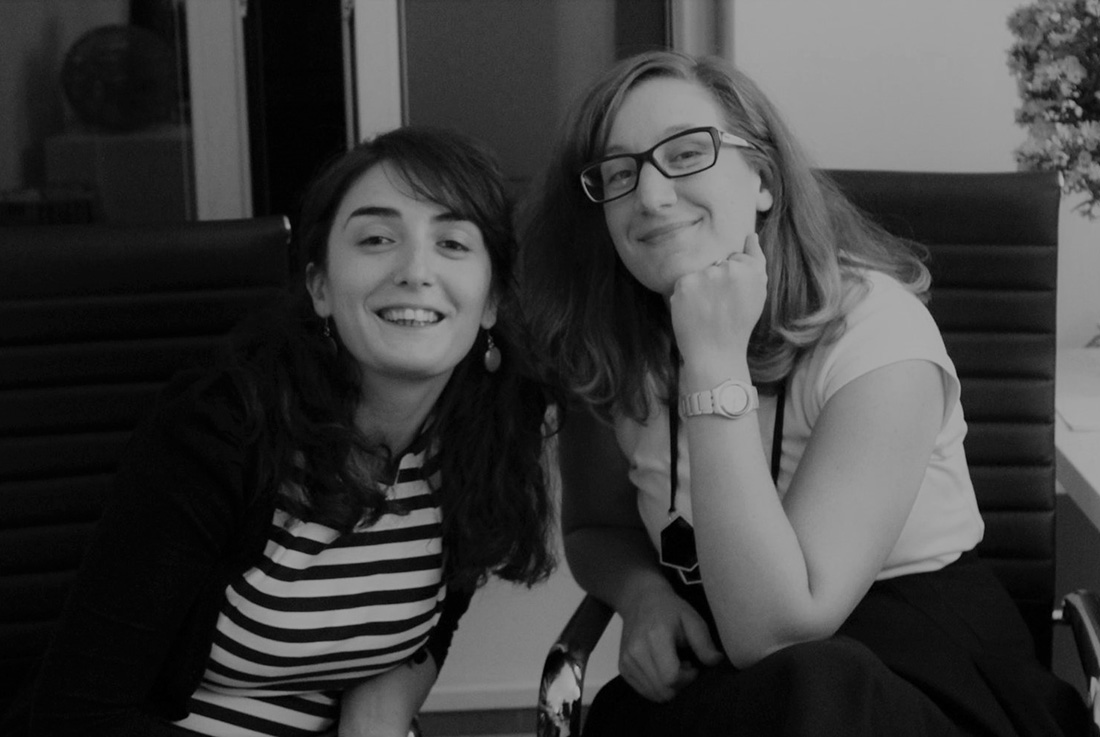