This building is situated in the Mehmed Beg Kapetanović Ljubušak Street at the number 14. This location is in Municipality of Center Sarajevo. It’s within a 300 meter radius from BBI center and the building of the Presidency of Bosnia and Herzegovina. Other facilities positioned near the Lena building are Titova Street (main street in Sarajevo), Cinema City, Central Bank of Bosnia and Herzegovina, Sarajevo War Theatre and many embassies are nearby. Besides these important landmarks in the walking range of the building, there are many different types of stores, two parks, primary and high schools.
The neighborhood in which the Lena building is located is a beautiful, authentic and peaceful area of the city. French and Austrian embassies, as well as other authentic buildings that were built during Austro-Hungarian period and between two world wars, are in the same neighborhood.
Lena has a very flexible functional area, it can be used as an office building, small hotel, residence or three apartments with a business area. The space has a multi conceptual character and can be used in many different ways. The space at the entrance of the two-storey floor gives the vertical openness and makes the building seem larger and wider. The building has two gable walls and is design in a manner if an extension is made, the building can function from the same staircase. The sun enters into the entire space from the east. In one part of the building, there is an opening towards the neighboring building and this allows enables transparency towards the adjacent building. The façade blends in the character of the surrounding buildings and yet has an expression of modern architecture. The interior is done in earthy colors and it enables everyone who enters the space a chance to express themselves. The doors and interior are done as a classic villa, but with modernized elements. The doors are not entirely smooth, but they have modern hints of old villas that are in the buildings surrounding.
The building consists of an underground level, semi-underground level, ground floor, first floor and attic. There are two entrances in the building, first one is for the apartments that are on the east side of the building and are accessed through the courtyard, and the second one is for the business area and garage that are accessed directly from the Mehmed Beg Ljubusak Street. The underground level also contains a boiler room, laundry room, storage and two toilets. In the semi-underground level of the building there is a business area and a garage for a single vehicle. On the same floor, but at a higher elevation, is an entrance hall through which it is possible to access the office space. Also a staircase leading to the apartments on the upper floors is placed at this semi-underground level.
The building is structurally designed as a mixed reinforced concrete system, with the addition of thermal blocks and it consists of:
– reinforced concrete walls, reinforced concrete pillars 20x20cm and reinforced concrete planes (116×20; 40×20;)
– reinforced concrete slabs are 20cm (underground levels), 18cm (upper levels) and 15cm (roof slabs) thick
Lena is a creation that is not only very clean and unpretentious, but also beautiful and practical. It is a bright, airy, modern and warm business home where everyone feels welcome. This is very pleasant environment to work, live, create and communicate. The appearance of this building stylistically belongs to the new high-tech architecture. An “intelligent house” with a pure form and pronounced horizontal and vertical division. It is a game with fullness, transparency and reflexivity. 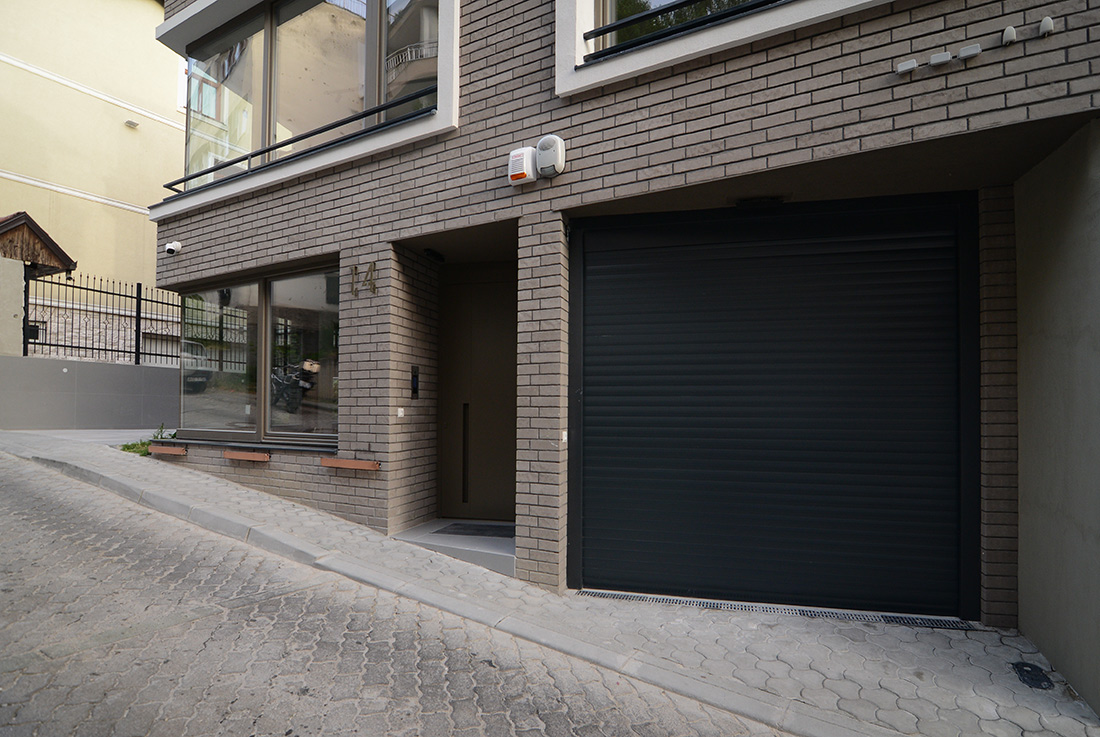 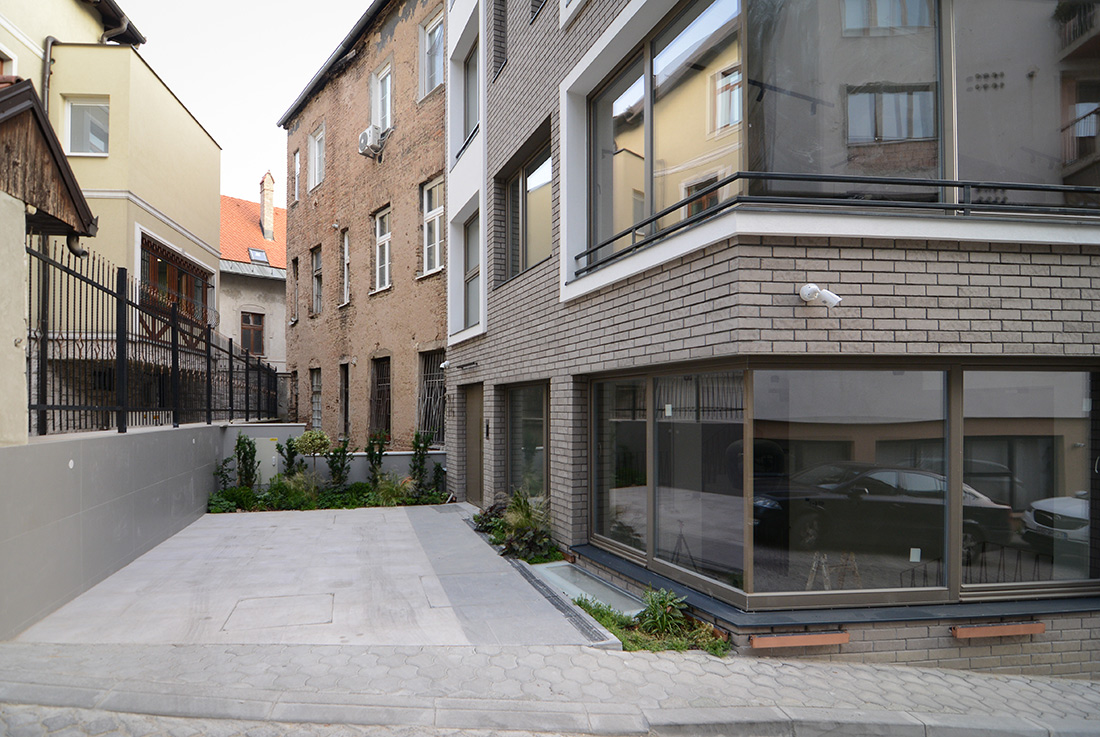 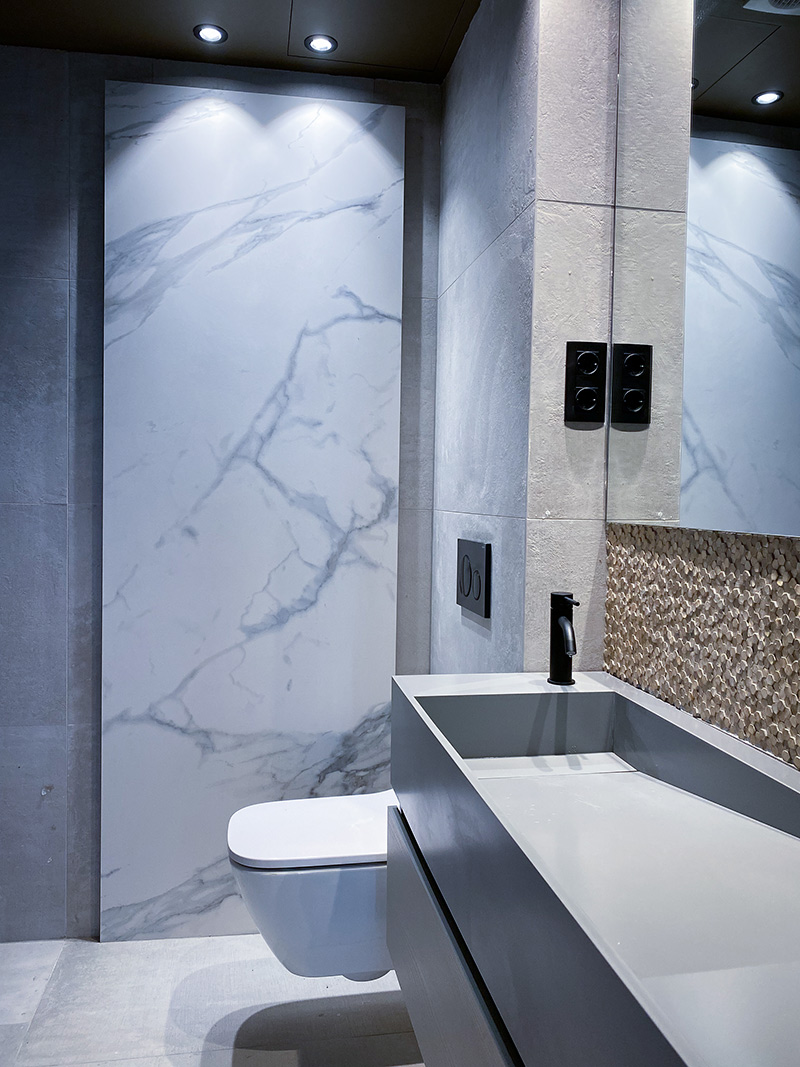 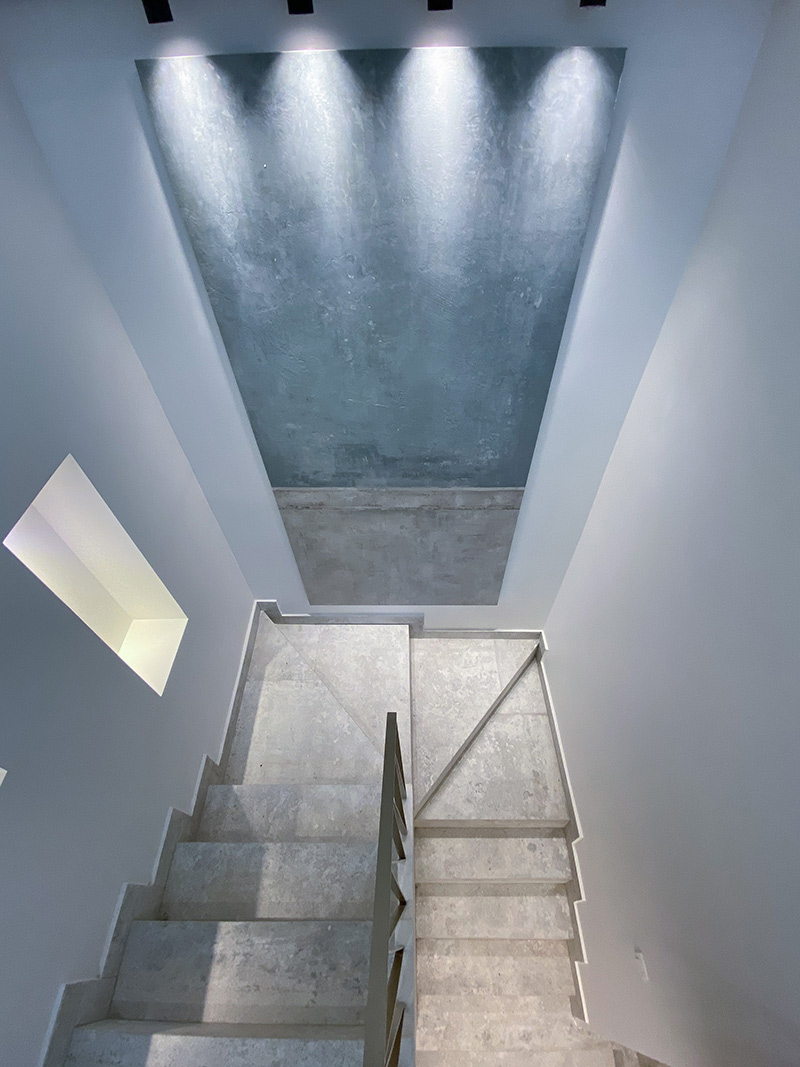 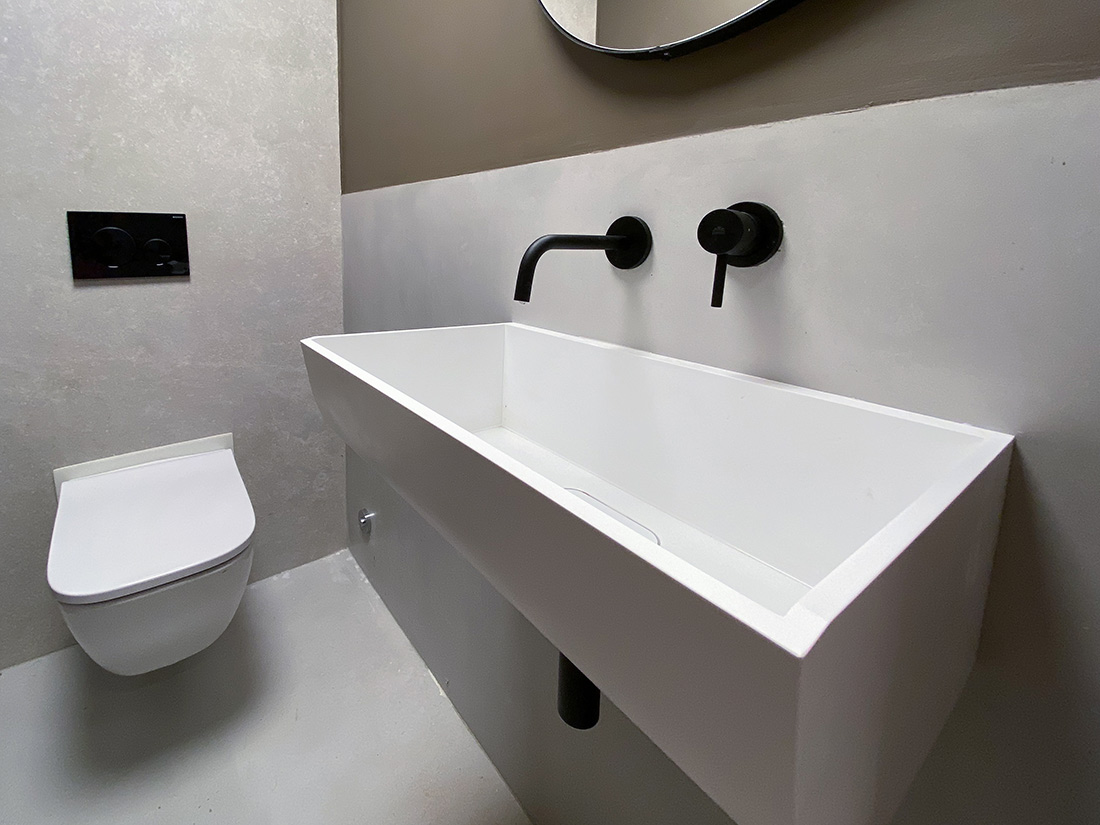 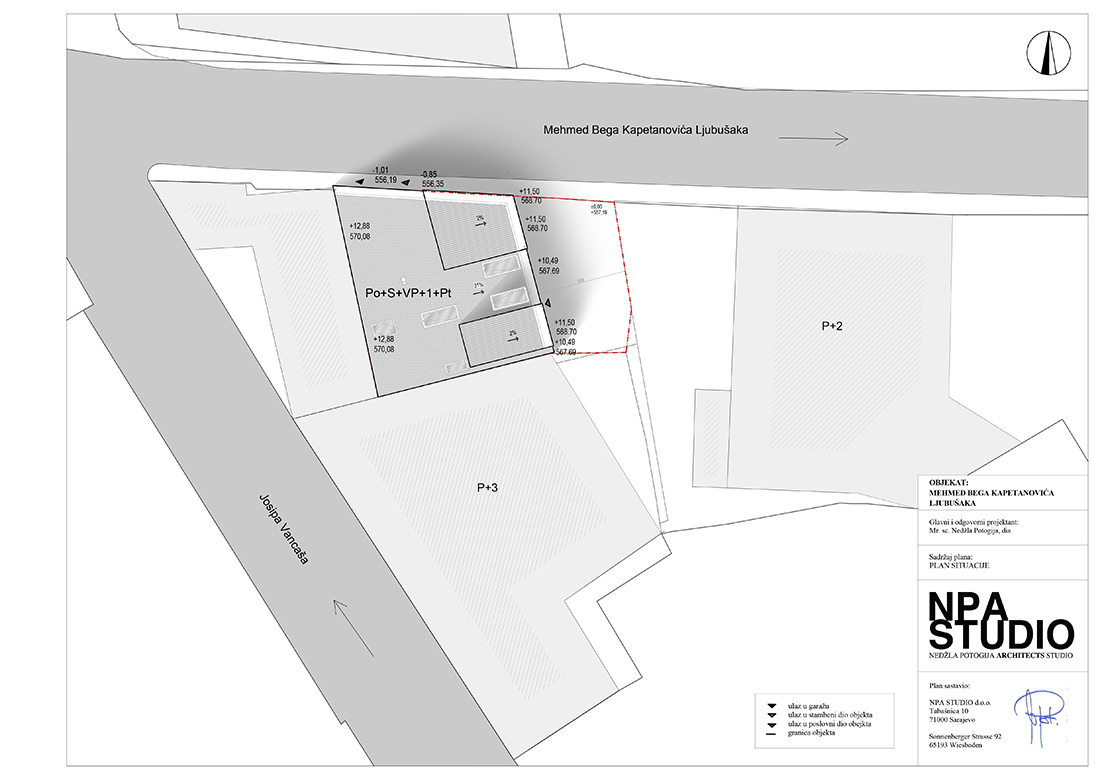 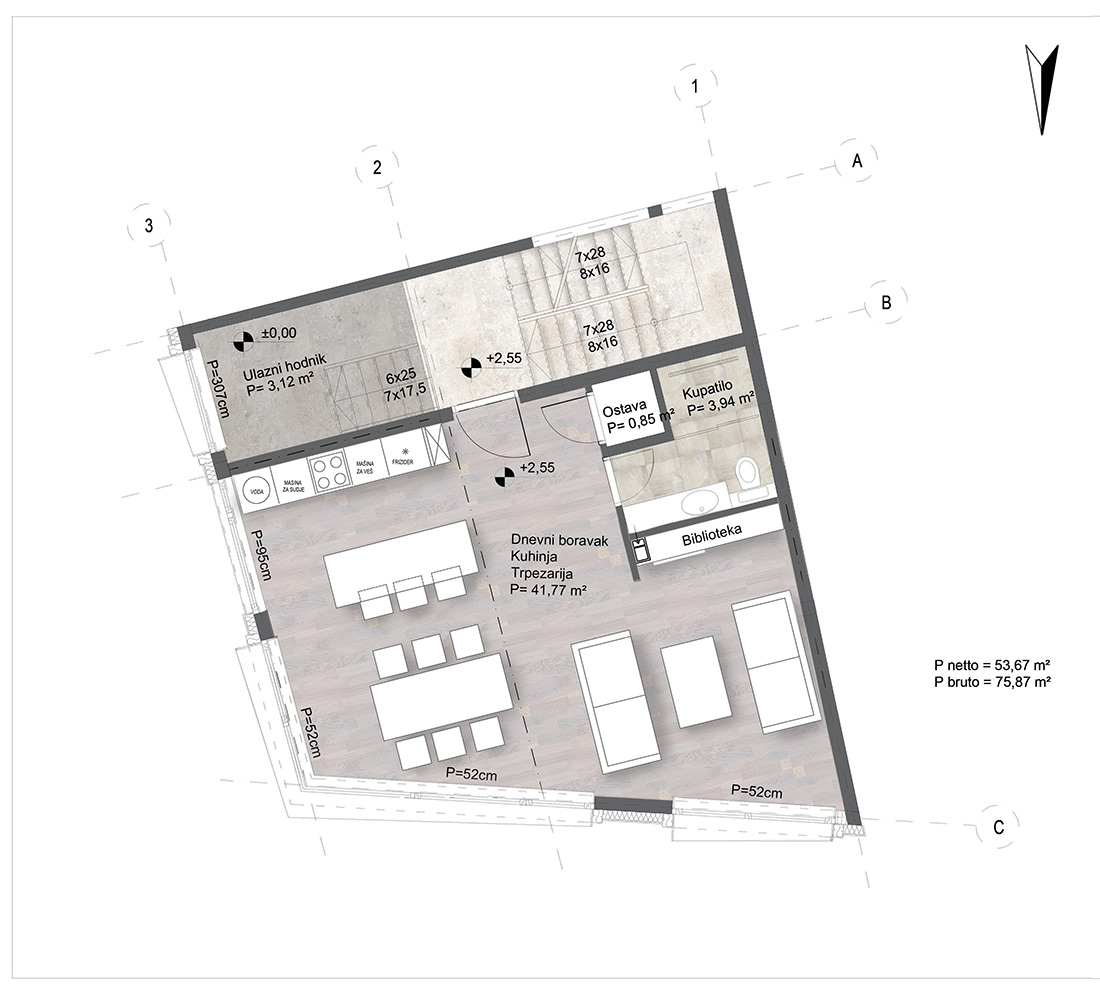 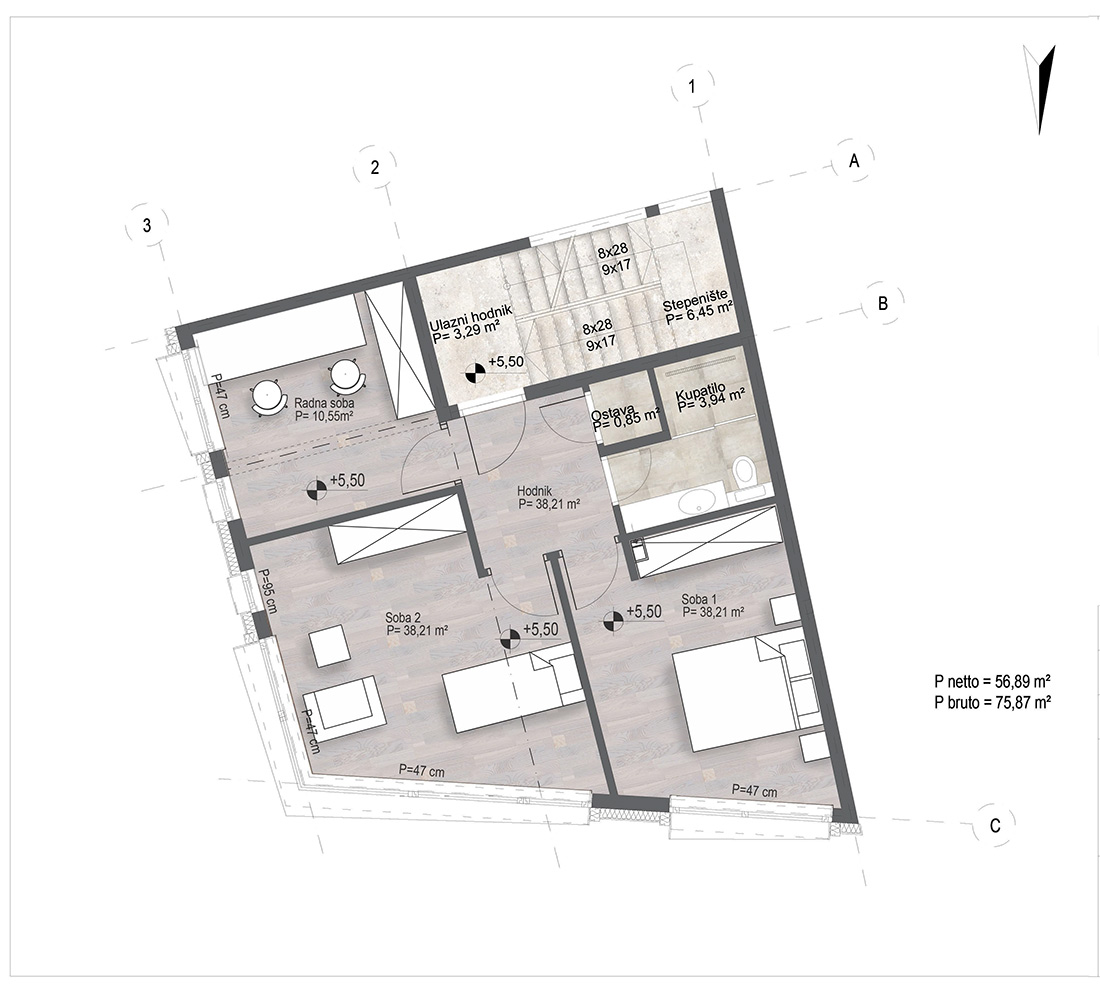 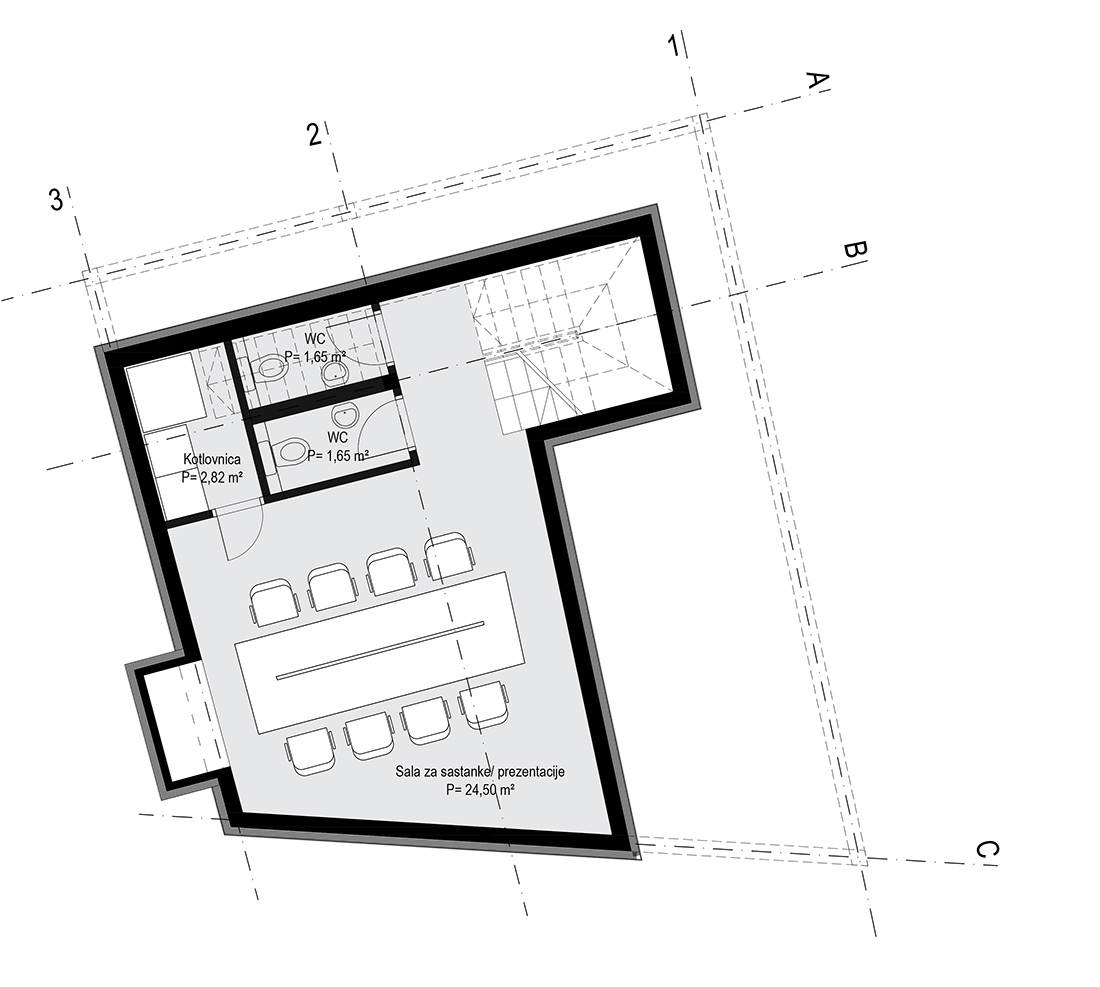 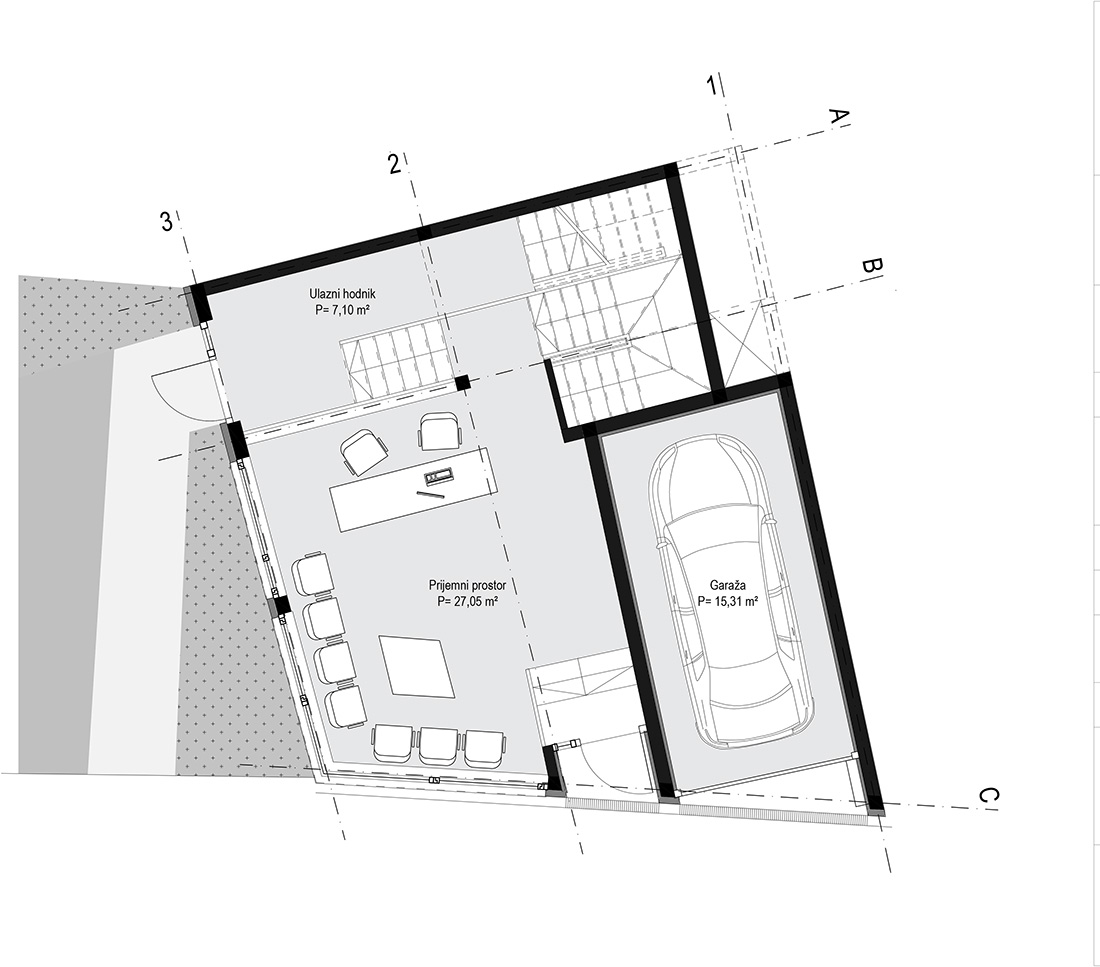 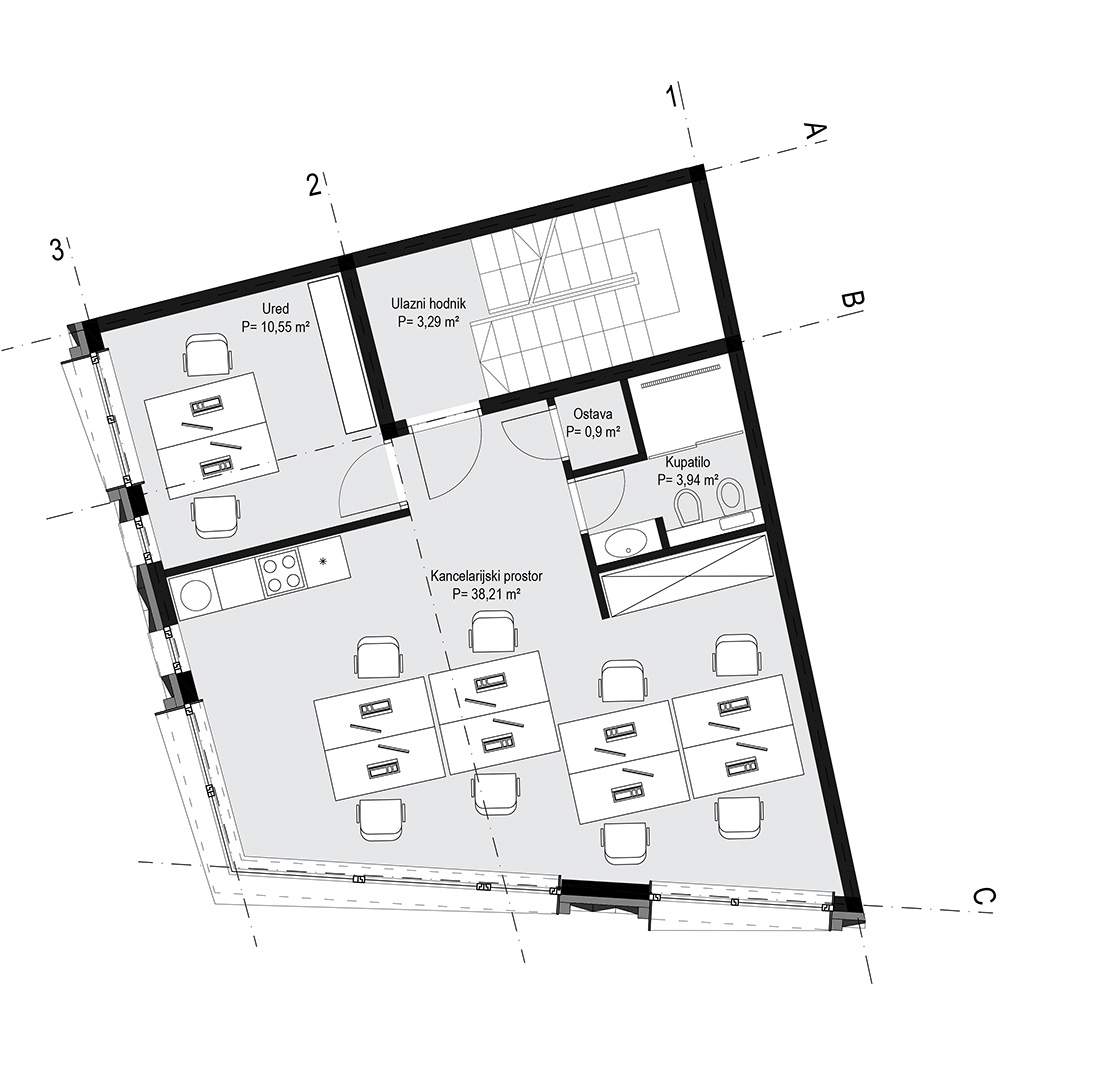