This project is the expansion of the existing winery of Herdade da Cardeira, located in Borba part of Alto Alentejo region, middle interior of Portugal. The landscape is mainly agricultural, with greater incidence in the vineyards and olive grove, but it also has on its horizon the consequences of the exploitation of marble quarries, a very profitable business for the region until a few years ago. We met Erika and Thomas Meier, in 2011, when they consulted our office in order to make the project for the extension of their recently acquired winery. They presented their new investment, as well as, their needs and their approach for the compound new terms. It was needed a house, for periodic stays of the couple and daughters, a reception/office, for the Cellar’s administration, a tasting room and kitchen, to receive costumers.
There were pre-existing buildings on the site:
1. the cellar was a contemporary building, built recently by the previous owner;
2. the existing house was a very old and small building that didn’t serve the programme purpose.
These two buildings coexisted on top of a natural hill that was deformed over time from earth movements of the vineyards and older constructions.
The goal was to organize the requested program with all the work flows from the different uses, integrating the new constructions both the landscape and with the pre-existing cellar contributing to a unified image of the property.
There was set three kinds of users:
1. The workers,
2. The costumers and
3. The owners.
The strategy went through softening and moulding the topography, accommodating the program on new scattered constructions at different levels along the hill, in order to reinforce the different privacies of use.The idea of grading different privacies, inside and in between each building, has merged the landscape and architecture project into one, although with different lexicons. The spaces succeed from interior into exterior embodying gradations for the different uses making its limits fade beyond Cardeira’s Hill. Integration of pergolas along each sliding window door, emphasized the fading of those limits.

Closer to the Cellar is located the reception/administration office and wine tasting room building which is deployed in two levels, the reception at the bottom of the slope and the tasting room in the top, with a view to the vineyard. A bigger elevation, located in the centre of the hill, defines the division from public areas to private areas without blocking connection. Over the central elevation, at the same level of the tasting room, a swimming pool divides the living area from the bedrooms, which are located in a lower level facing the opposite side, to the sunrise. The constructions are made out of rammed earth from the site, the walls were after covered by a natural plaster, white on the inside but on the outside the color was tuned to the orange of the earth, allowing the constructions to fade into the landscape. This option of construction, together with the crossed air through the windows and the pergolas with climbing greenery for shade, turned the building more efficient along the hardest season of the year, summer. Apart from being a scenery, integrated in the landscape through the garden that involves the constructions, the compound is like an old village where agriculture, commerce and dwelling share space, extending each building interior to the exterior, along the different areas with distinct grades of privacy, that in the end define all hill as one whole image entity.

What makes this project one-of-a-kind?
Its relation with the landscape. The exterior spaces are as relevant as the interior ones, both being part of the project boundaries and image identity. 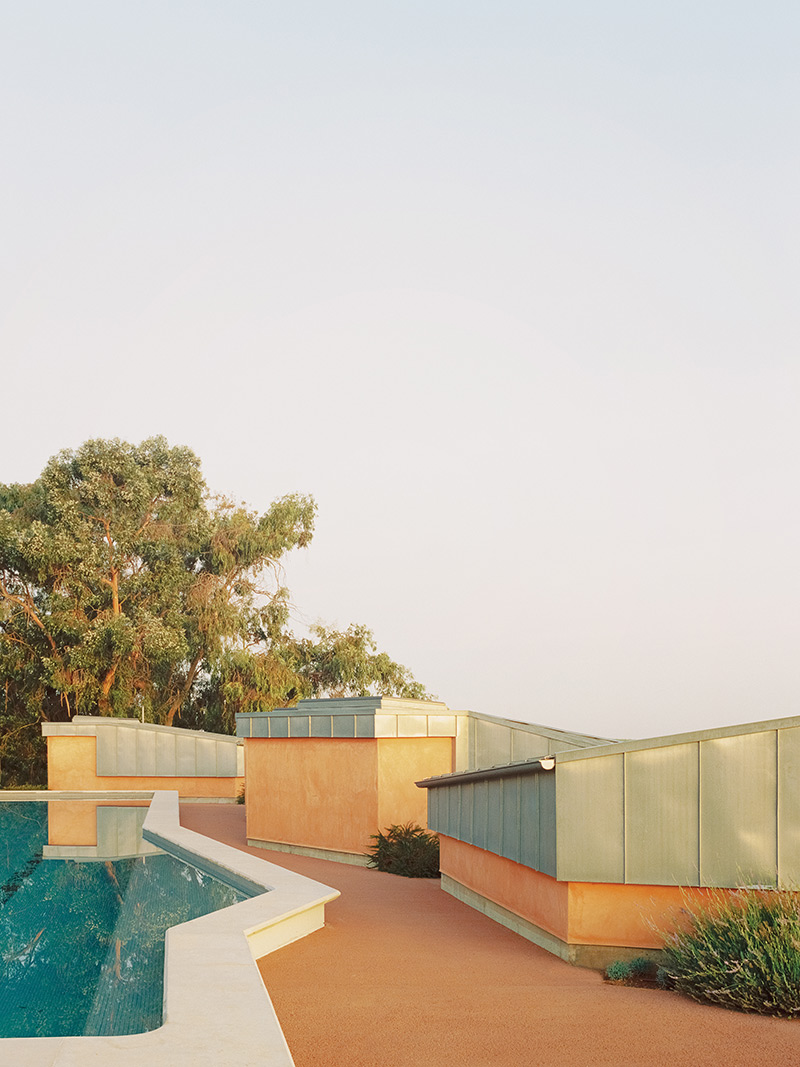 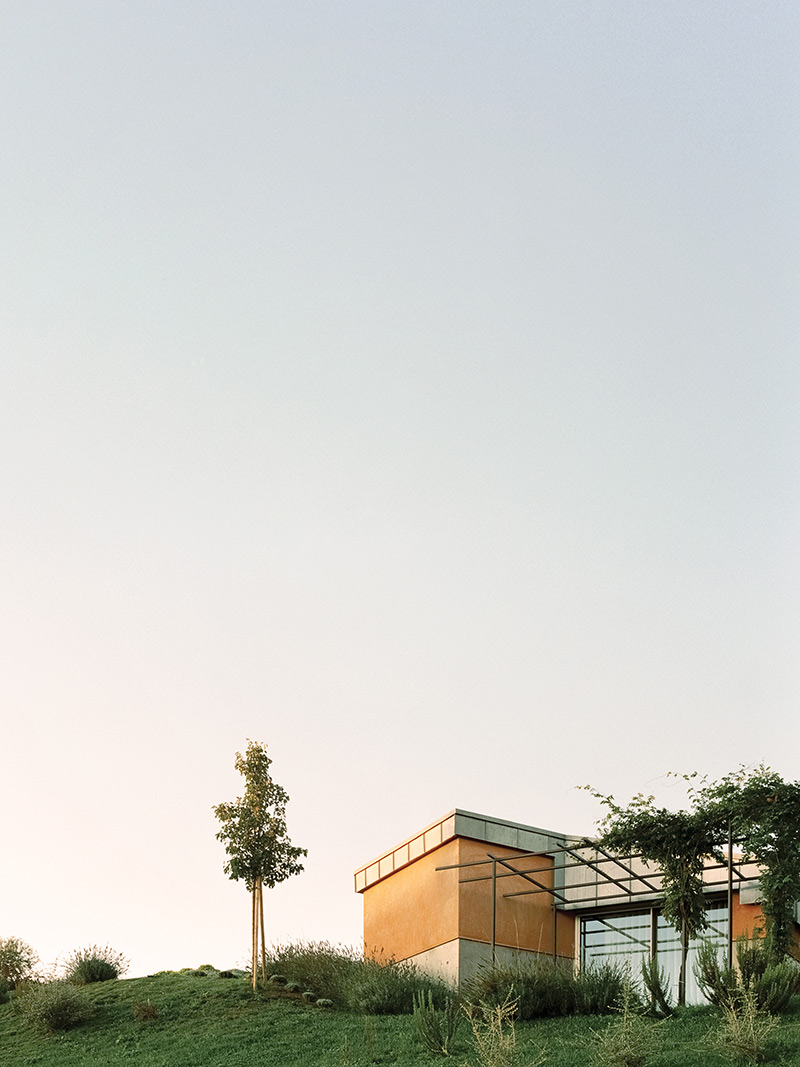 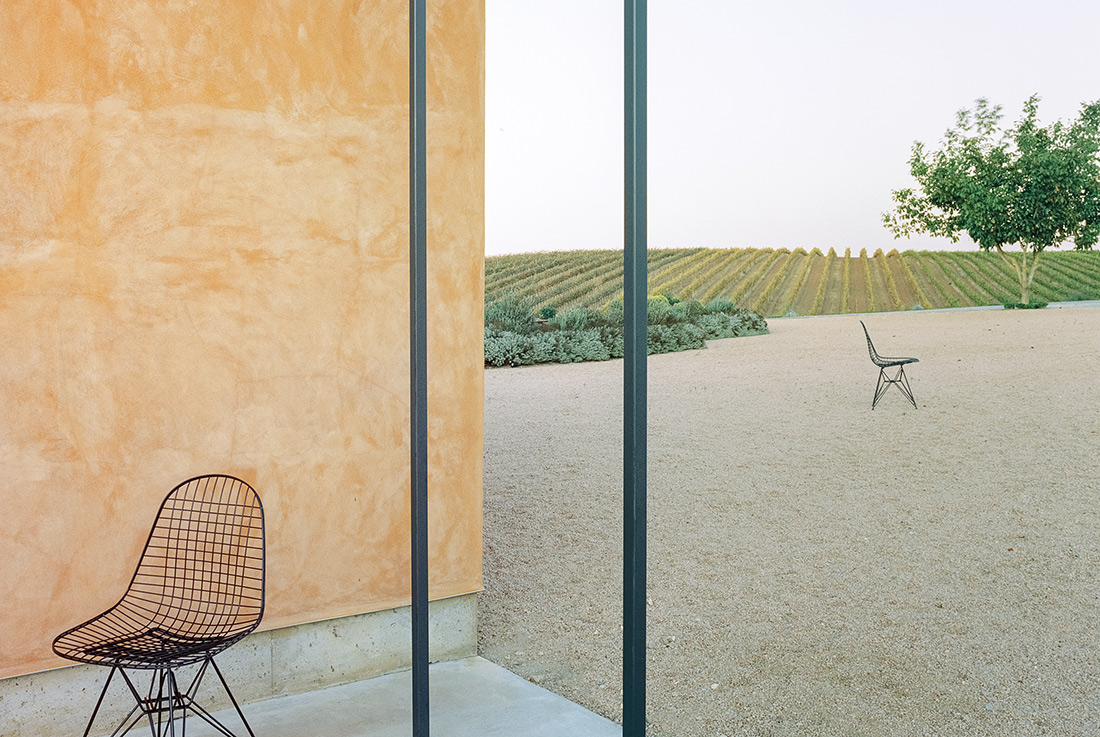 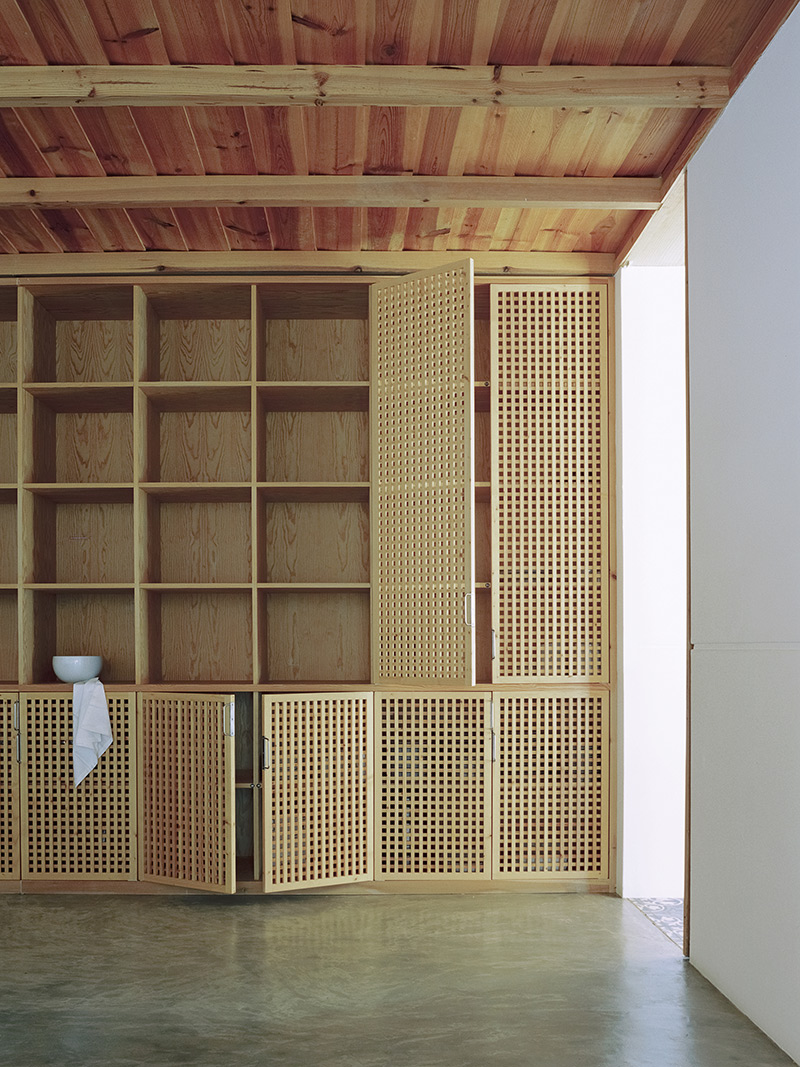 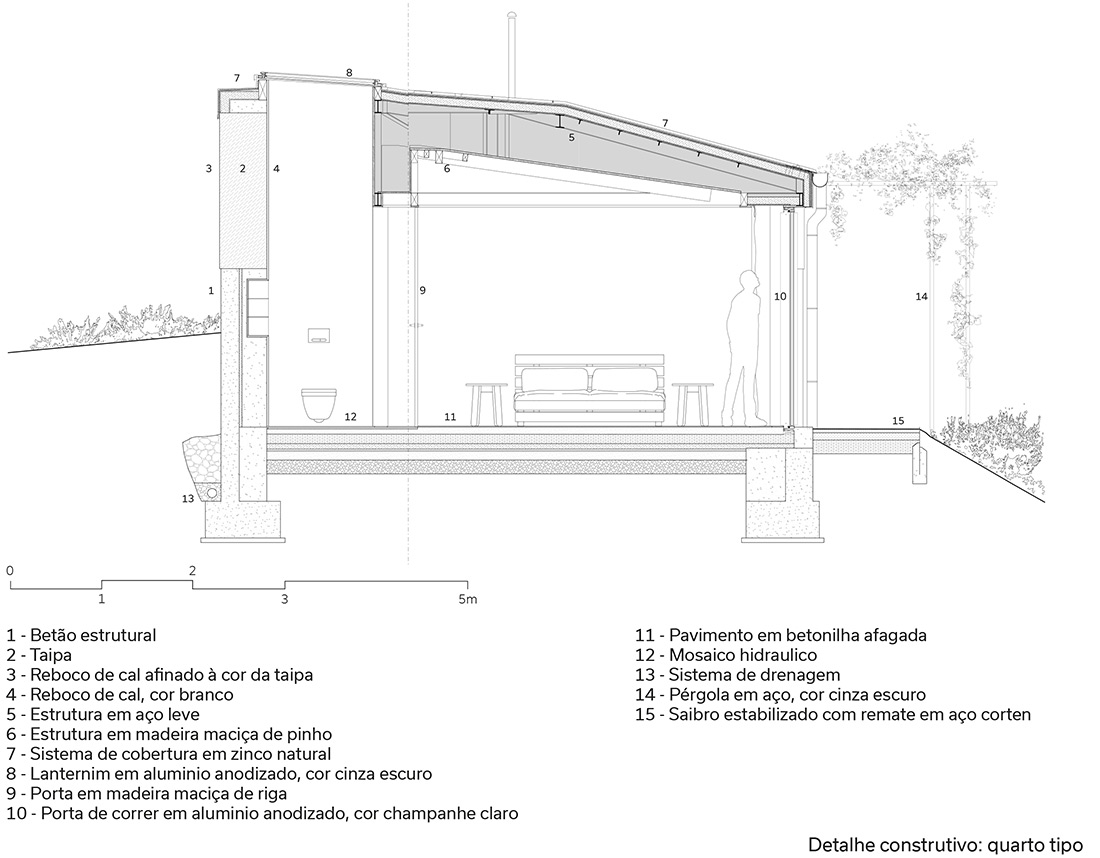 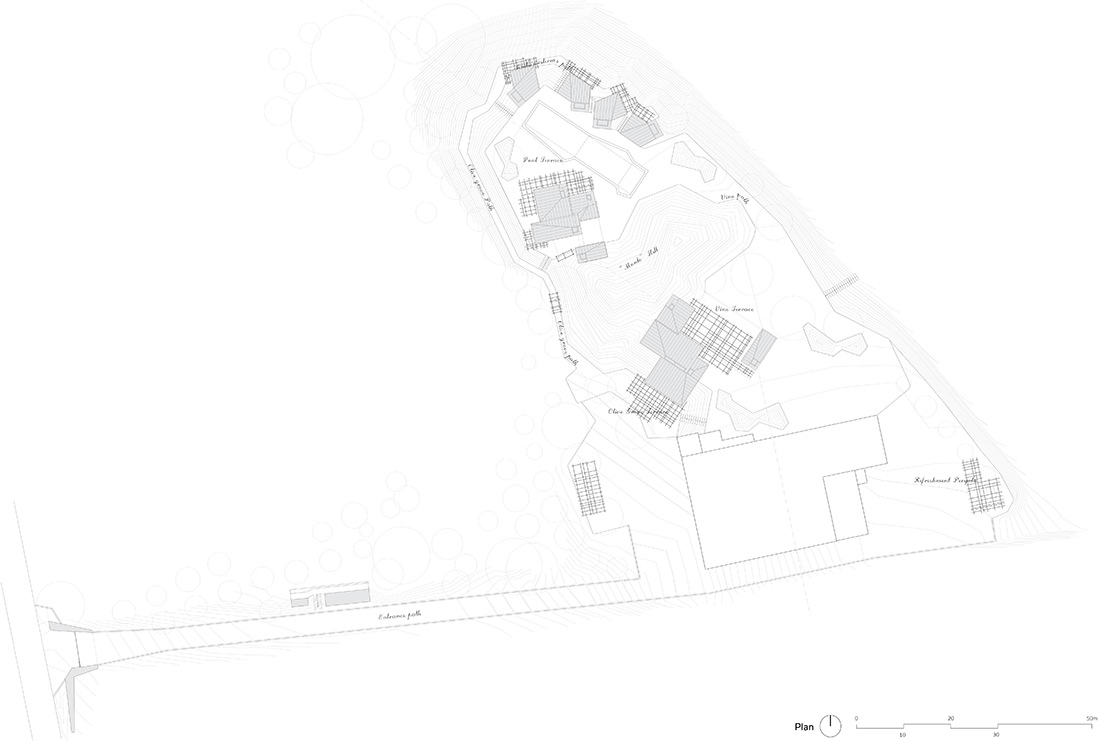