A new groundwater pumping station is built for the towns of Hard, Lauterach, Wolfurt and the city of Bregenz in the west of Austria. A small dark concrete cube next to the main building includes the vertical fountain and pumps up the fresh water. The large dark main building includes the technical installations for the water preparation and huge water tanks. Right next to the technical building the landmark “Mittelweiherburg”, a small castle is located. The complex of these three buildings create an open space in between, used by the public. A fresh water fountain and concrete blocks to rest on are used by people waiting to enter the museum in the castle, or make a rest while driving along the public bicycle path which passes the site.
The façade deals with two very different phenomena’s. From distance, the dark building gets blurred with in the environment. When you get closer, one can see the washed-out concrete structure and size of the building. The aim is to craft the façade with water, which is contained within the volume. Also the doors intend to play down their size and therefore the volume of the building. The largest is more than four meters high, hard to guess as long as you come up to the building. The doors are made of dark blue enamel coated metal sheets, which glimmer like a water surface. All in all, the project is an example to create a long-lasting infrastructural building with an architectural idea.

What makes this project one-of-a-kind?
Materialisation:
Hand crafted workmans hip of the dark, washed-out concrete façade. The concrete contains basalt rocks which glamourise the dark expression of the building. The façade is crafted with water, which is contained within the building. The metal doors are made of dark blue enamel coated metal sheets, which glimmer like a water surface. 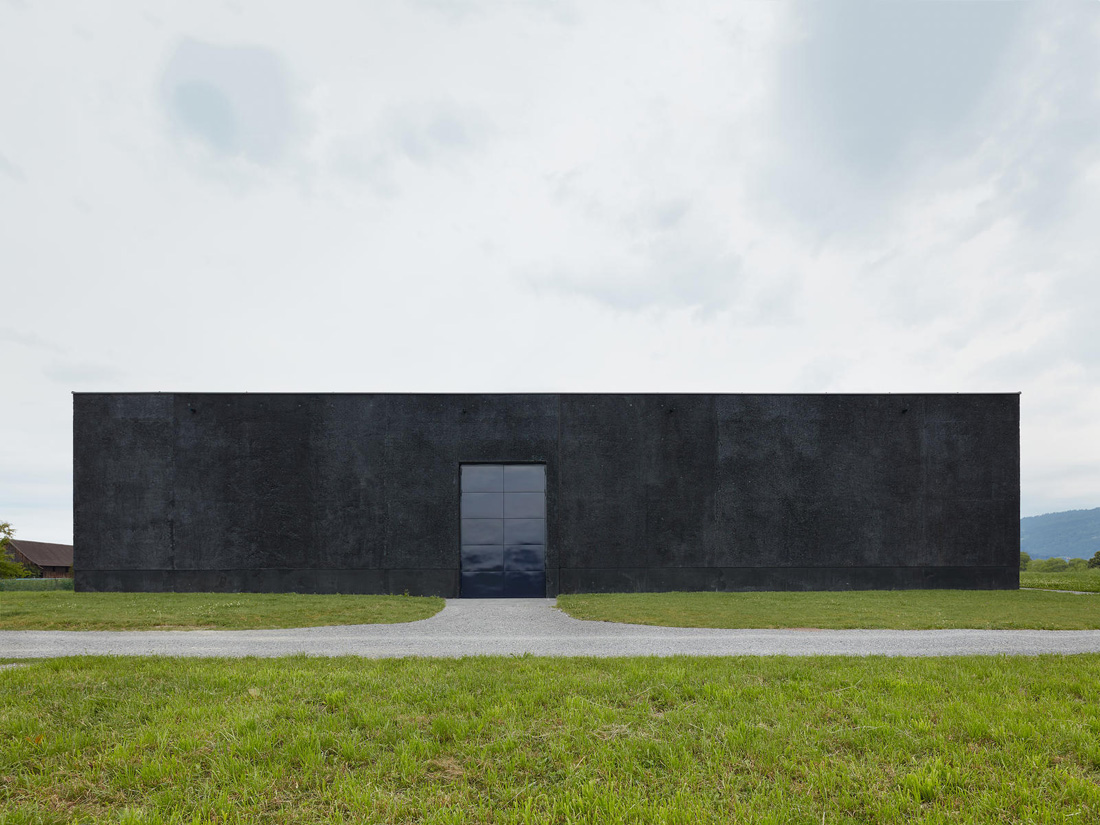 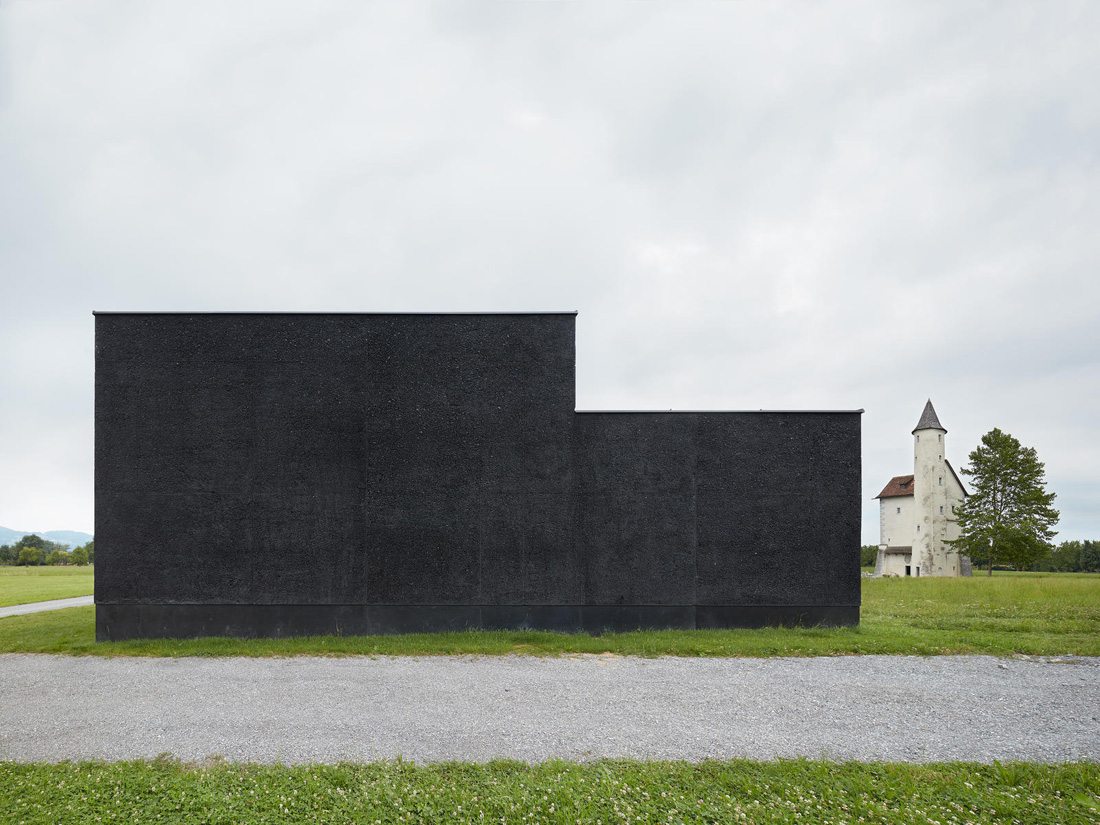 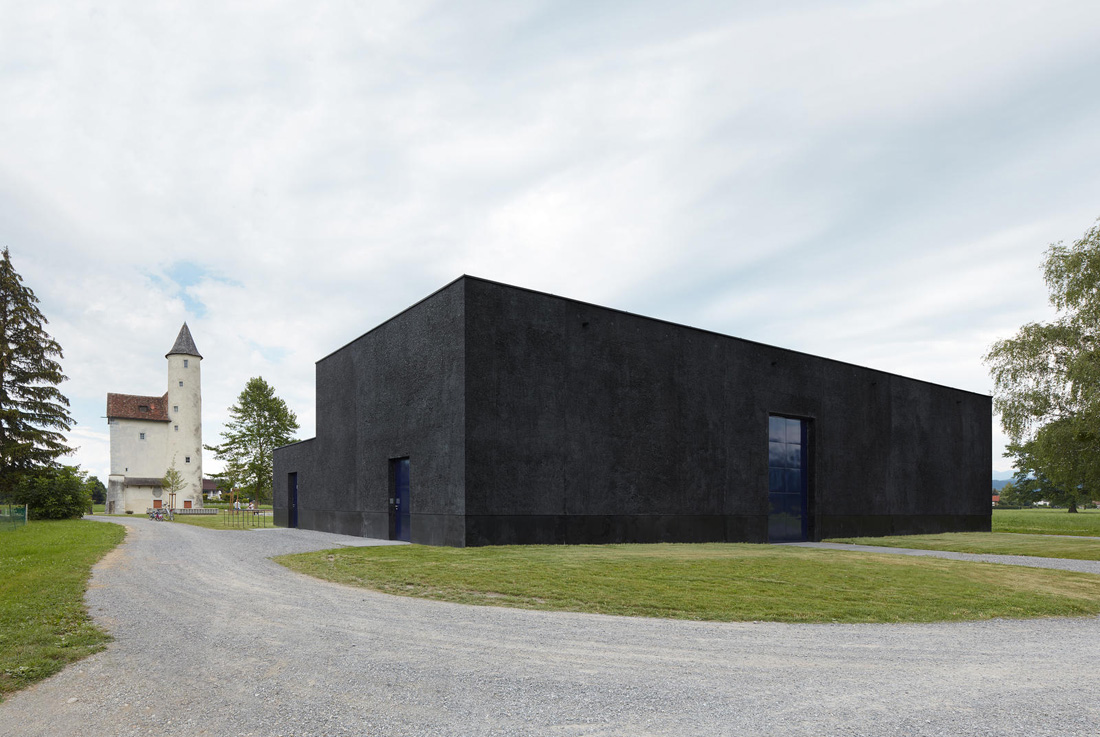 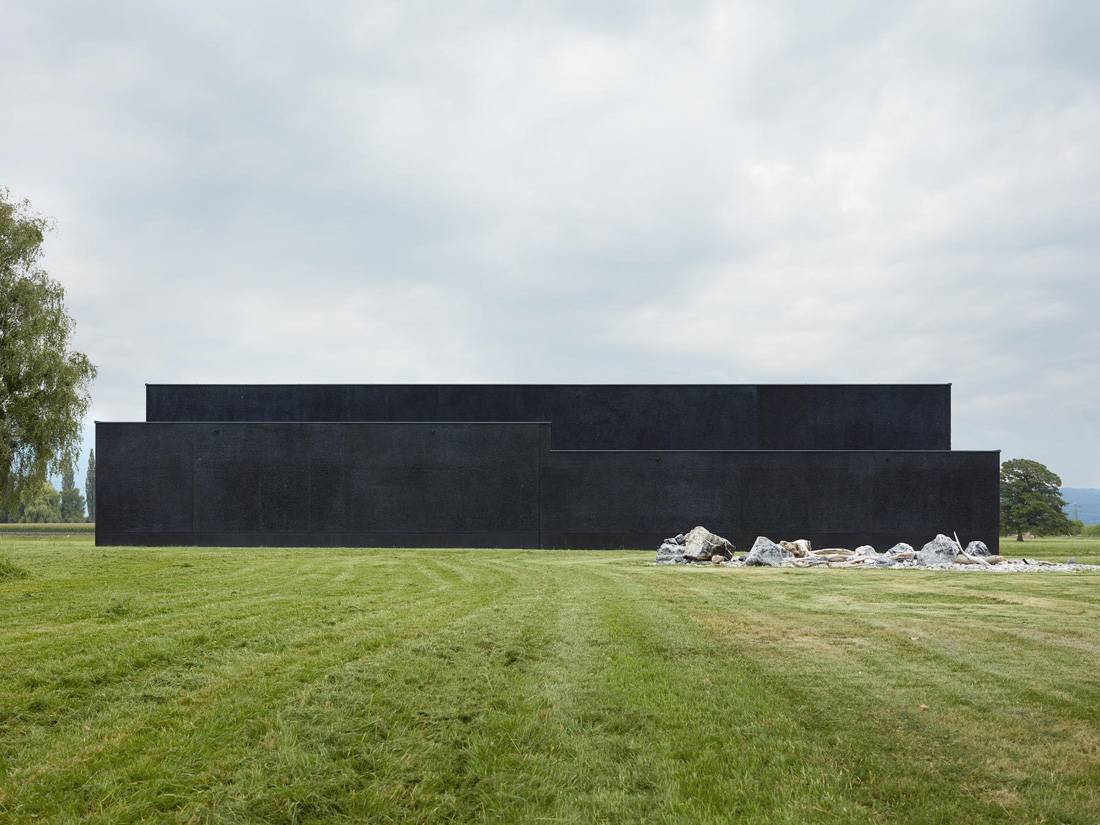 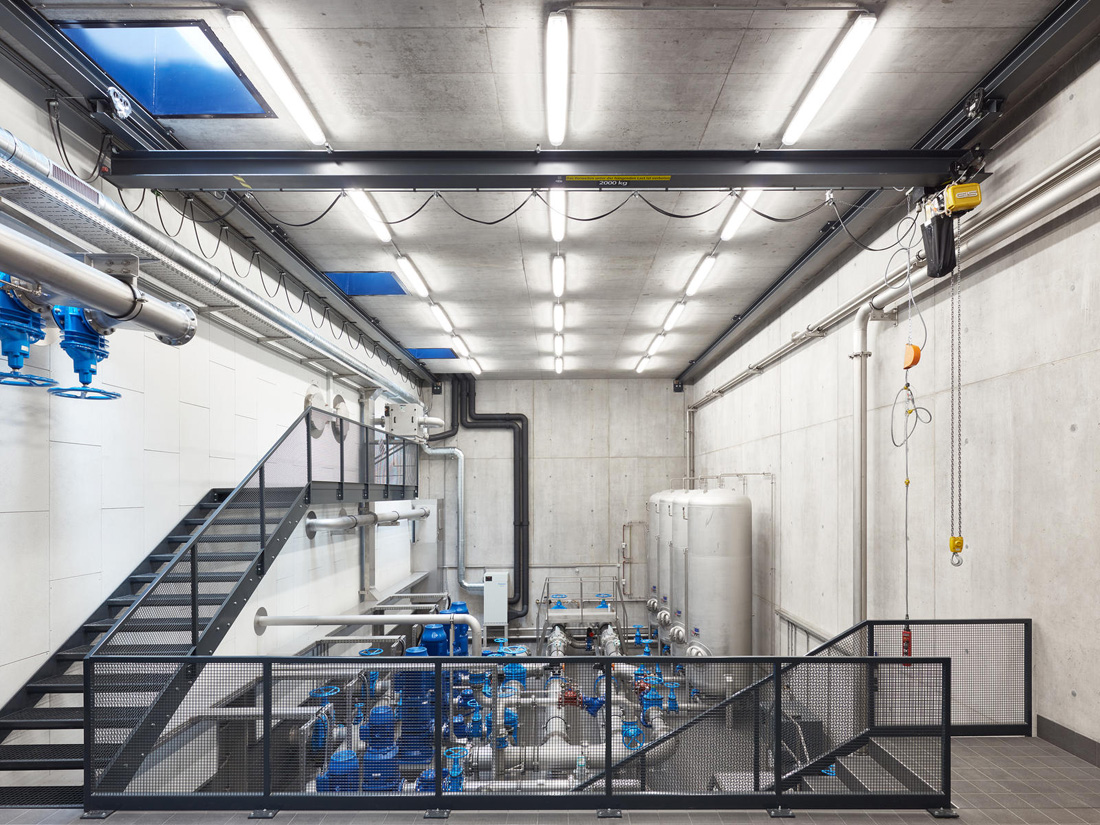 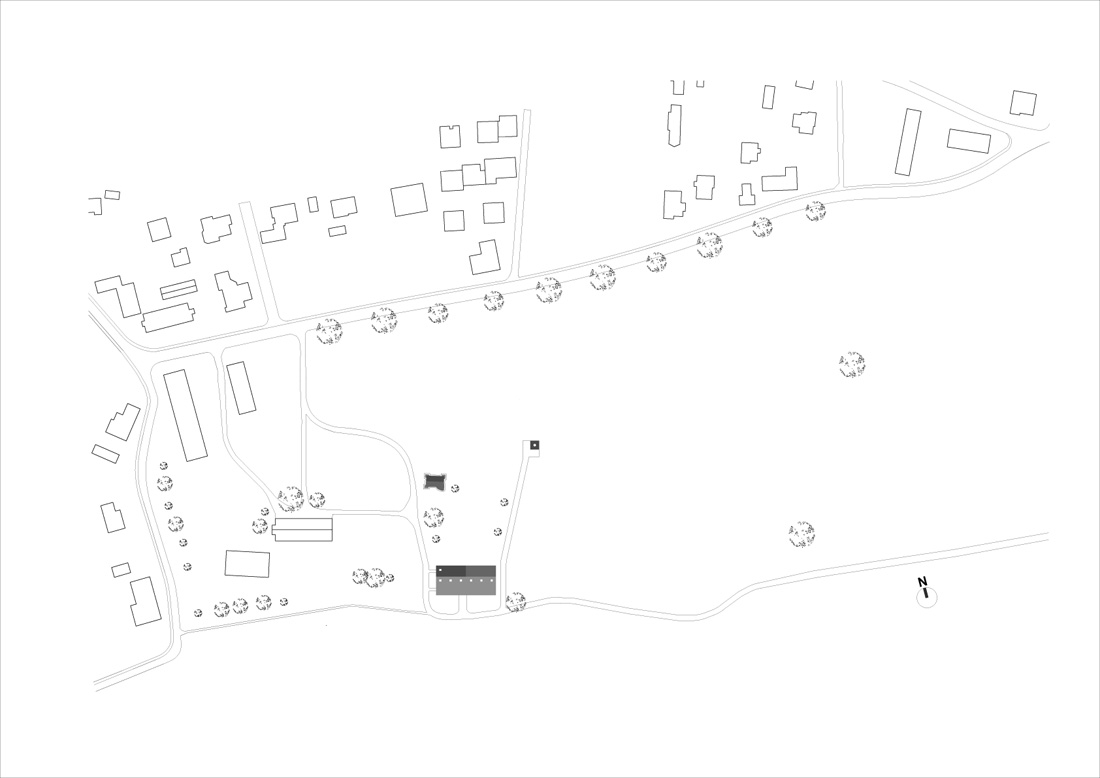 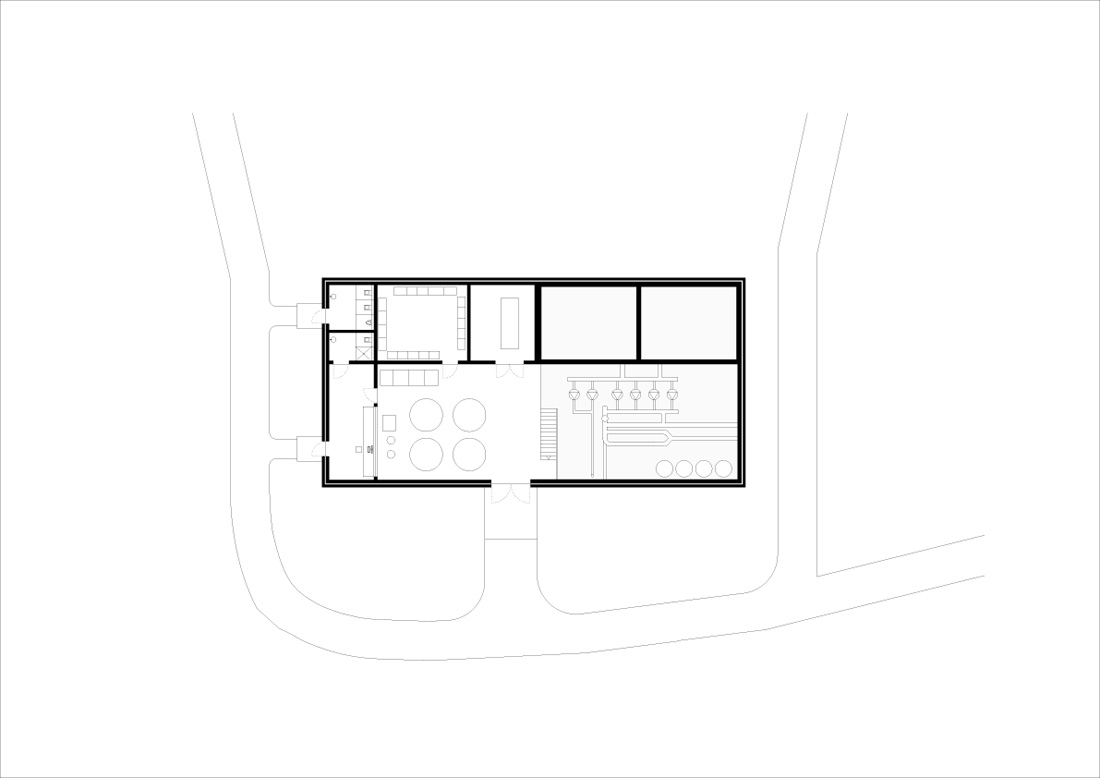 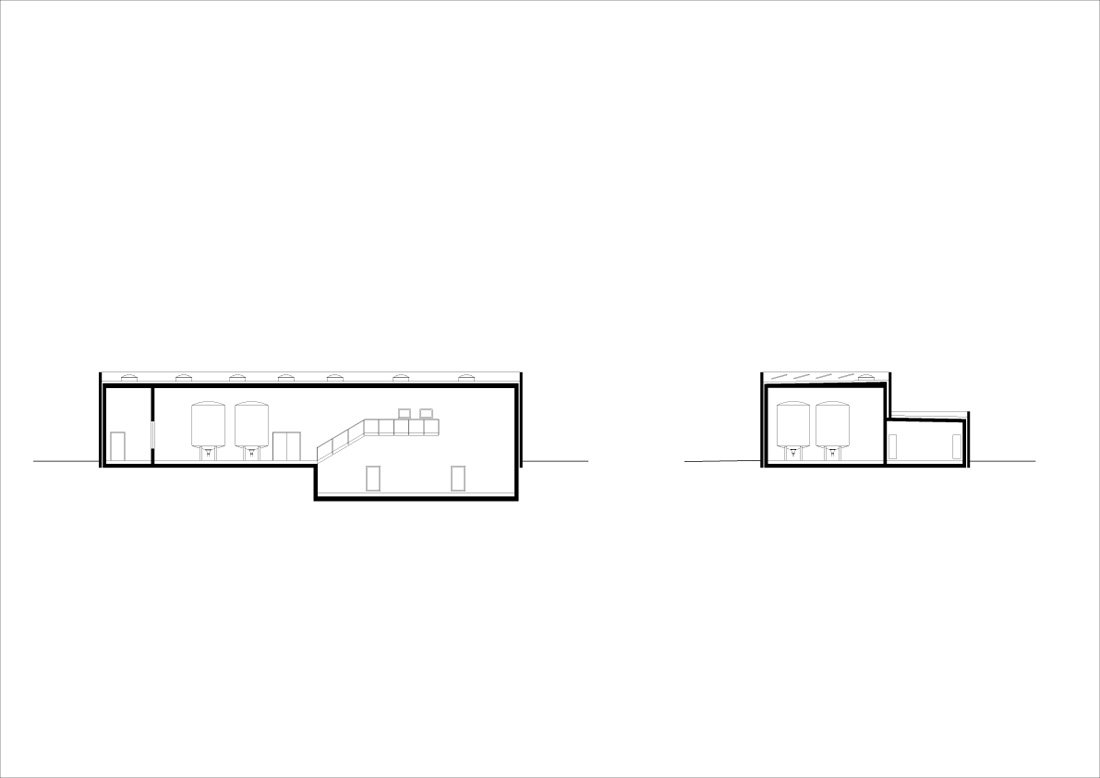