The parametric design of the ceiling, inspired by the topic of frequency, adds a specific quality to the interior of the Frequency store. Airports are characterised by the frequency of plane sound waves and the frequency of passengers. The interior design concept of the Dubrovnik Airport sales area is based on the curve of the amplitude of sound waves, which increases with plane cruising. The curves that symbolise sound waves stretch longitudinally throughout the store, go up into the air and lower into the interior. Thus-shaped forms are used as sales areas, but also act as art installations. Three colours – blue, white and yellow, dominate in the interior. Sales display shelves for souvenirs are made completely in white wood. Due to the longitudinal shape of the space, sales counters are highlighted in yellow and made of perforated sheet metal. The dominant part of the interior – ceiling panels – are additionally emphasised by blue colour, which is part of the Dubrovnik Airport corporate identity.
Ceiling panels are filled with Styrofoam. The lightness of this thermal insulation material proved to be optimal since it is used for the ceiling structure of a commercial area. 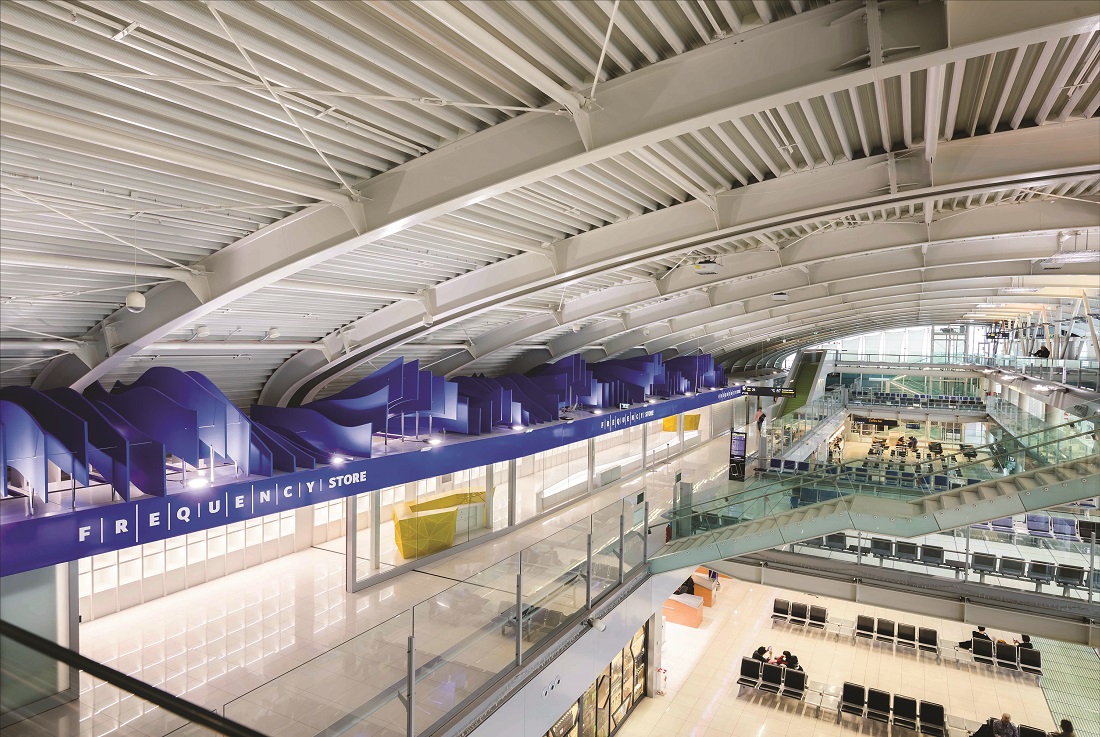 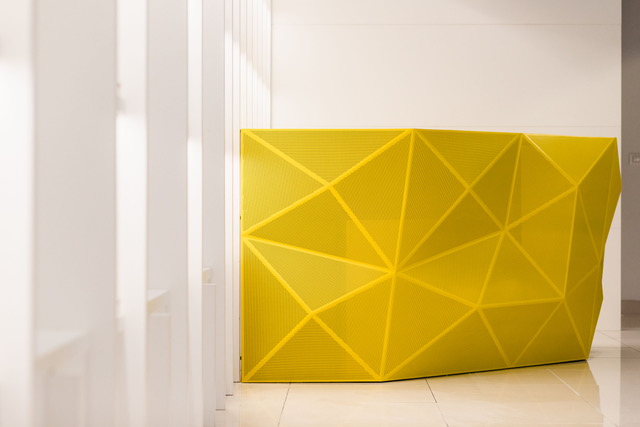 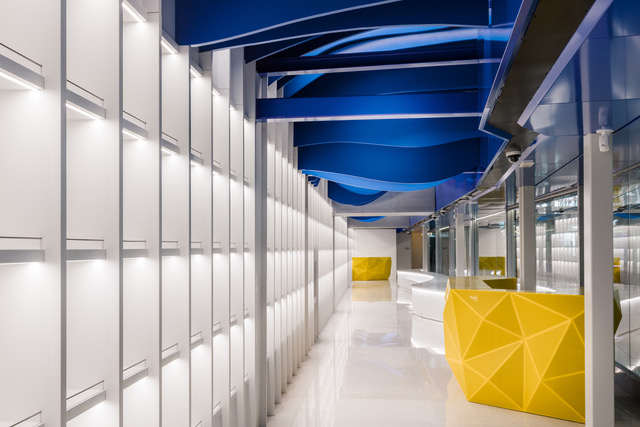 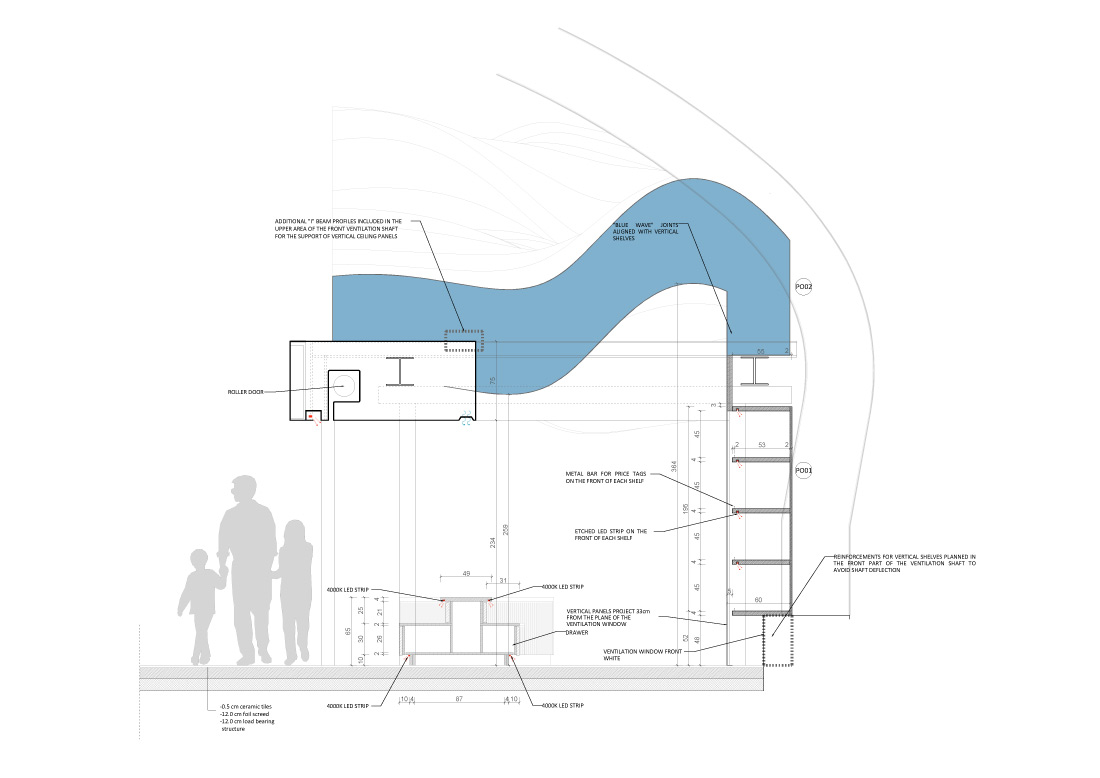 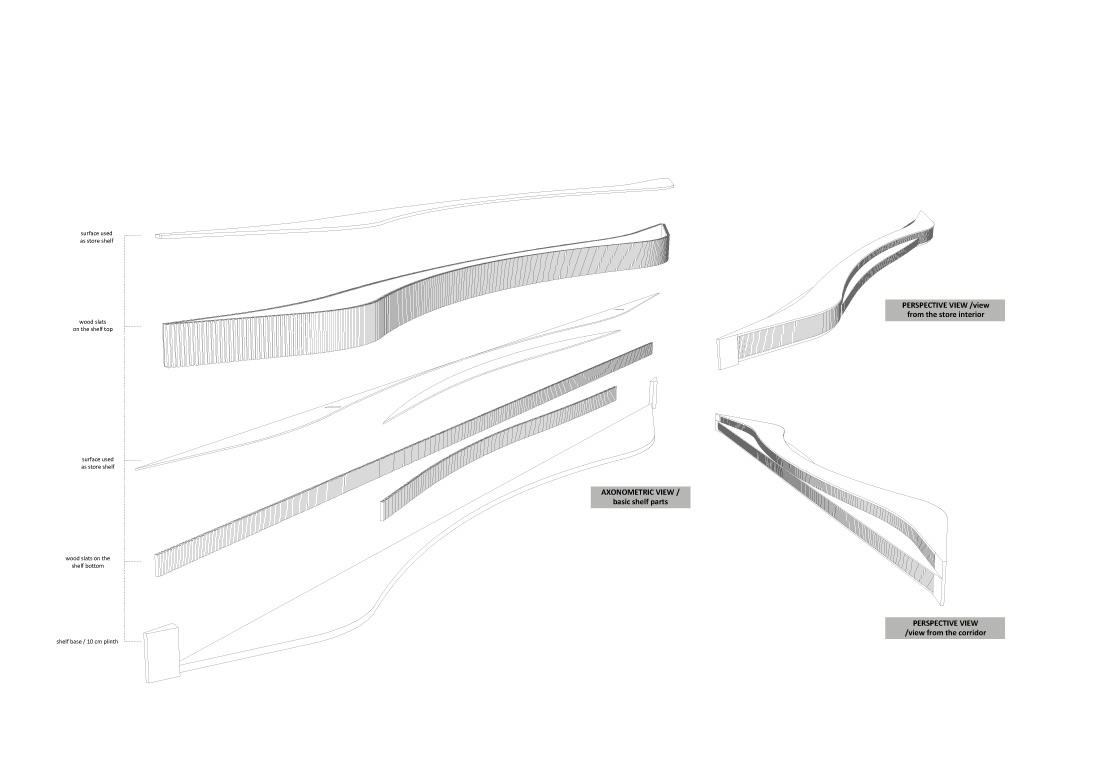