The project is the outcome of an art-in-public-space competition that the municipality ofMoss organized in 2018 to revitalize a former industrial area west of the city center as part of its 300-year anniversary. The competition was won by Rintala EggertssonArchitects with the proposal FLYT-with several bathing installations placed on floating piers in the sound of Moss. After negotiations with land owners, the project was moved to a nearby location where two of the installations were designed to fit with pre-existing piers. A third installation was placed inside the adjacent park to house secondary functions, to strengthen the axis towards the city center, and to give the park area more human scale. The third pavilion is set to be realized before the summer of 2021.

The bathing installations consist of two structures; a) the diving tower with a lookout platform and a light installation, and b) the sauna both of which will be open to the public year-round. The installations have drawn inspiration from industrial structures in the area: cranes, chimneys, silos, gantries, etc that have defined the culture and escape around Moss harbor for more than two centuries. Therefore, the solution was, therefore, to expose the load-bearing components and separate them from walls, floors, and ceilings in order to make them stand out as visually comprehensive to the public.

As the project was developed in connection with the 300-year anniversary of Mossmunicipality, it was important for us to mark the relationship with the history of Mossthatwas significant in the first steps towards independence from Sweden and subsequent development of democracy in Norway. The Moss convention between the two states was the beginning of a development that ultimately led to parliamentarians and the multi-party political system that now dominates public policies in the country. We wanted to add that as a layer to our installations projecting a spectrum of colors into the top of the diving tower as a reflection on how governments come and go, sometimes represented by left-wing politicians, other times politicians from the right-wing, and oftentimes by coalition governments of different sides of the political spectrum. The installations are made out of a series of wooden modules that play with the idea of repetition similar to shipping containers but is a system that also invites people to think of the installations as toy blocks that are being stacked, almost like an invitation for the public to play with. Political parties within the Norwegian parliament after the election in 2017. Industrial architecture by the sound of Moss.

Scale and Materials
The installations by the waterfront will, in many ways, function as physical barriers to the sea, but are interactive as they will also function as gateways to the sea, a threshold defining the edge of the seaside promenade. Therefore it was important to give them a distinct scale and an architectonic expression different from the surrounding blocks of flats and closer to human proportions. We found it natural when working with functions related to the human body to use more organic materials with texture and physical character that would offer the visitor a haptic experience of the installation rather than merely a visual one.

What makes this project one-of-a-kind?
The outcome is a functional, yet visually compelling set of installations that make outdoor bathing in the central area of Mossmuch more accessible to the general public. 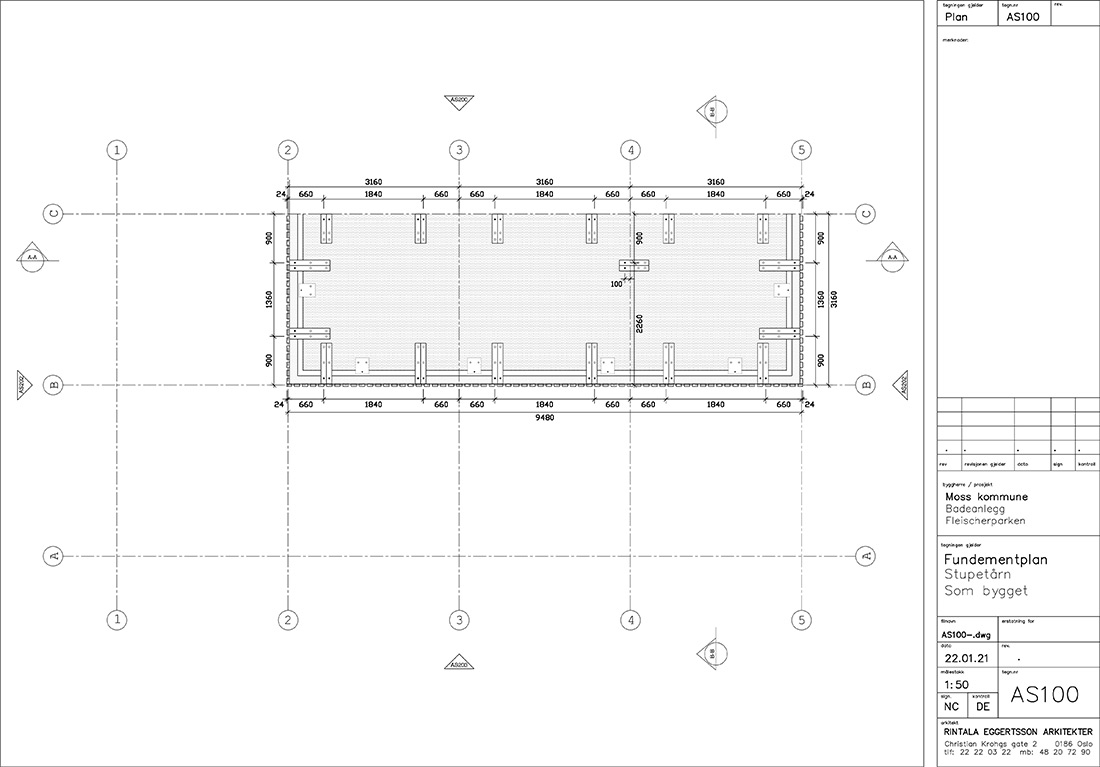 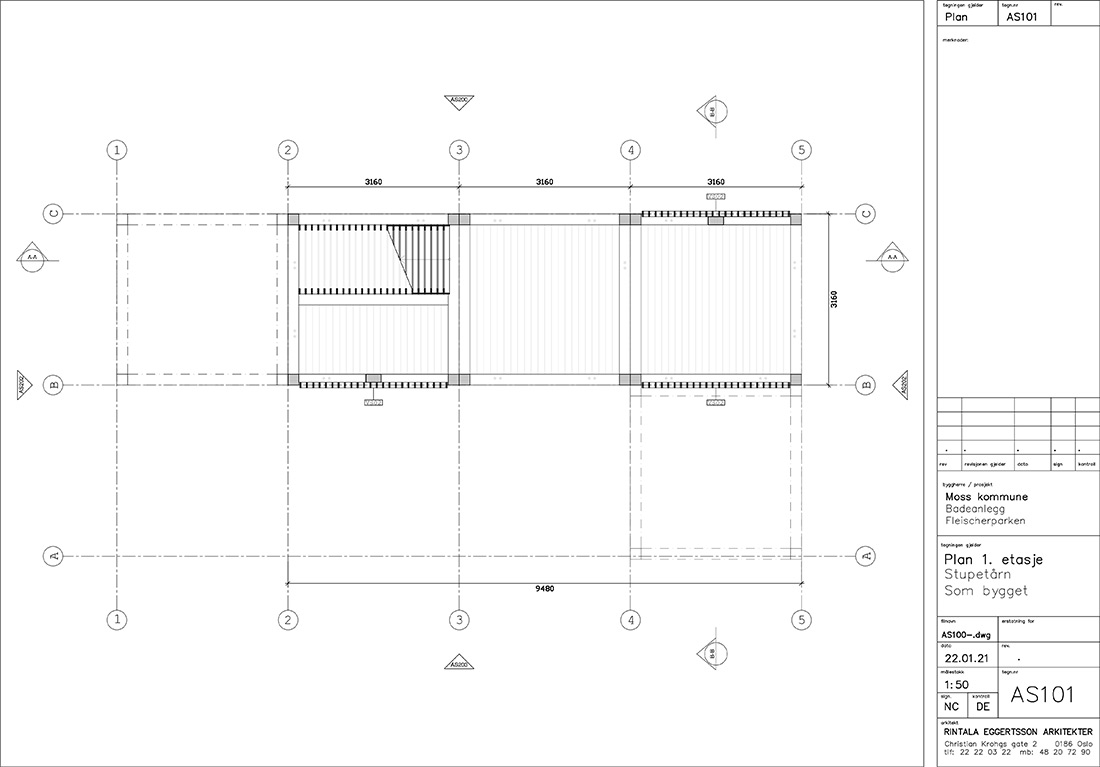 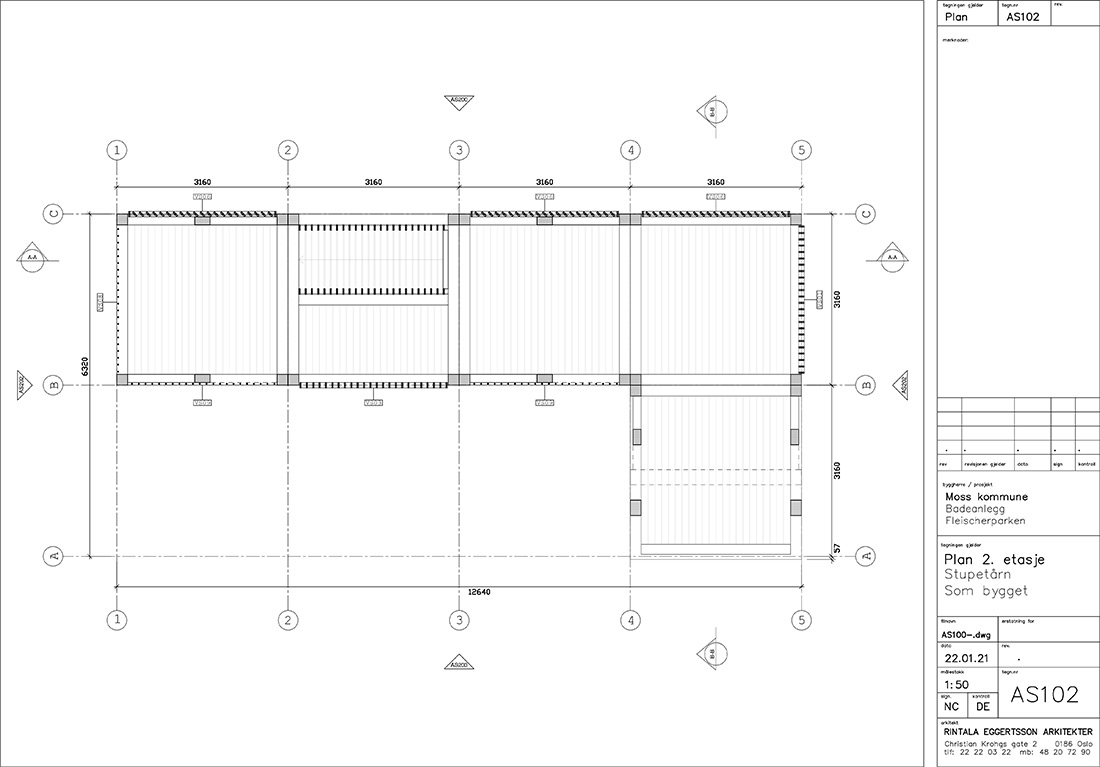 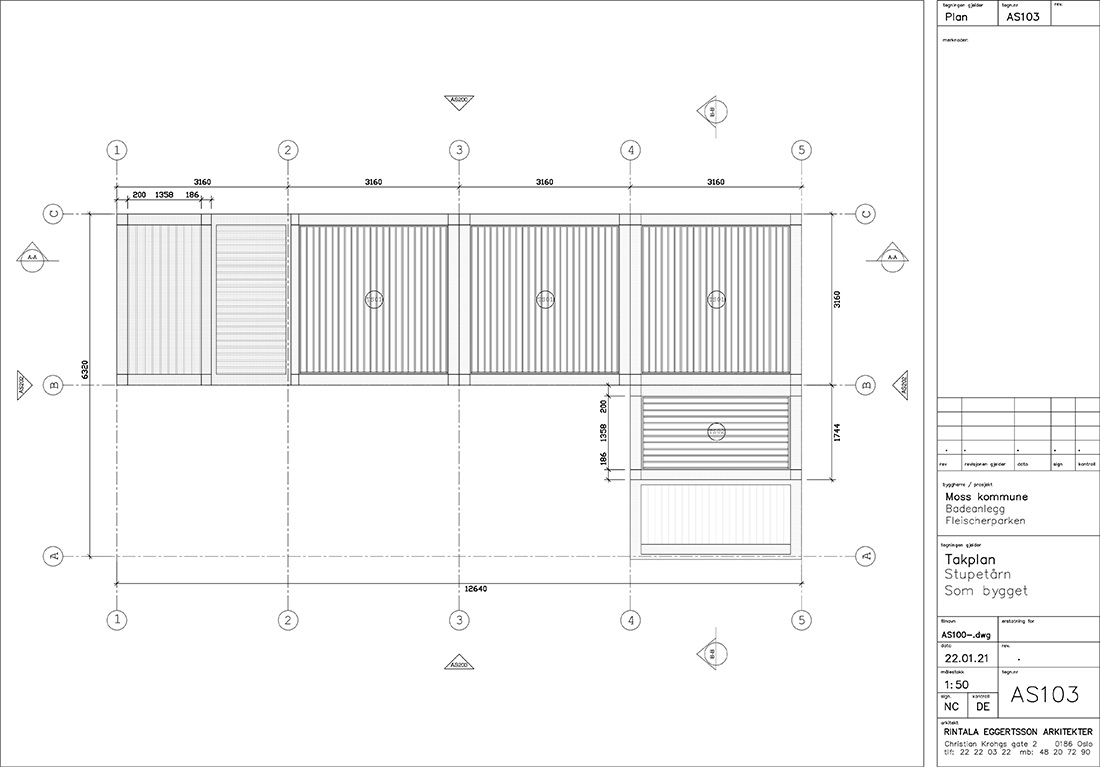 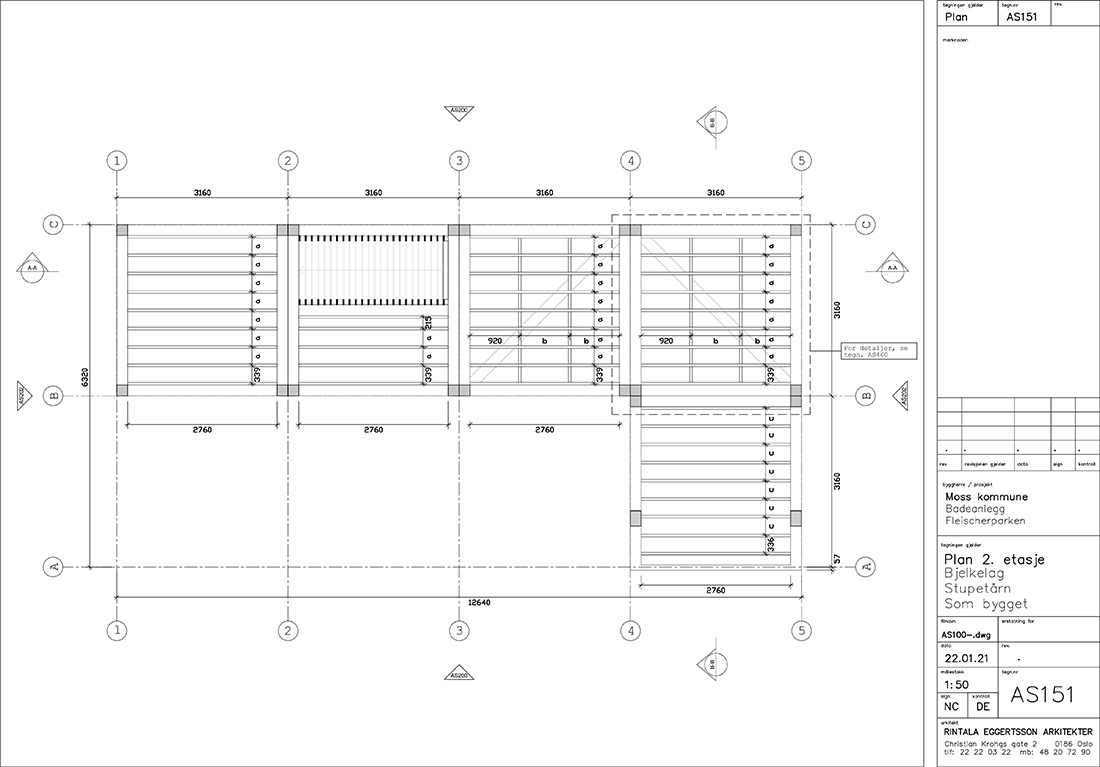 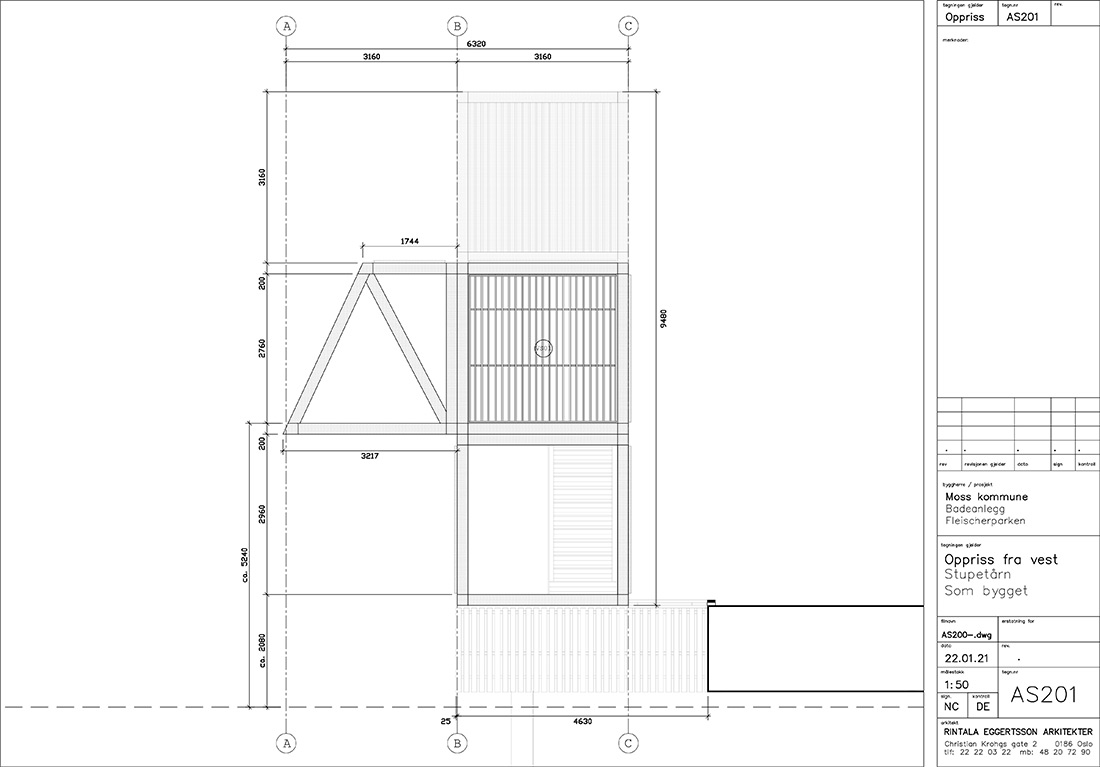 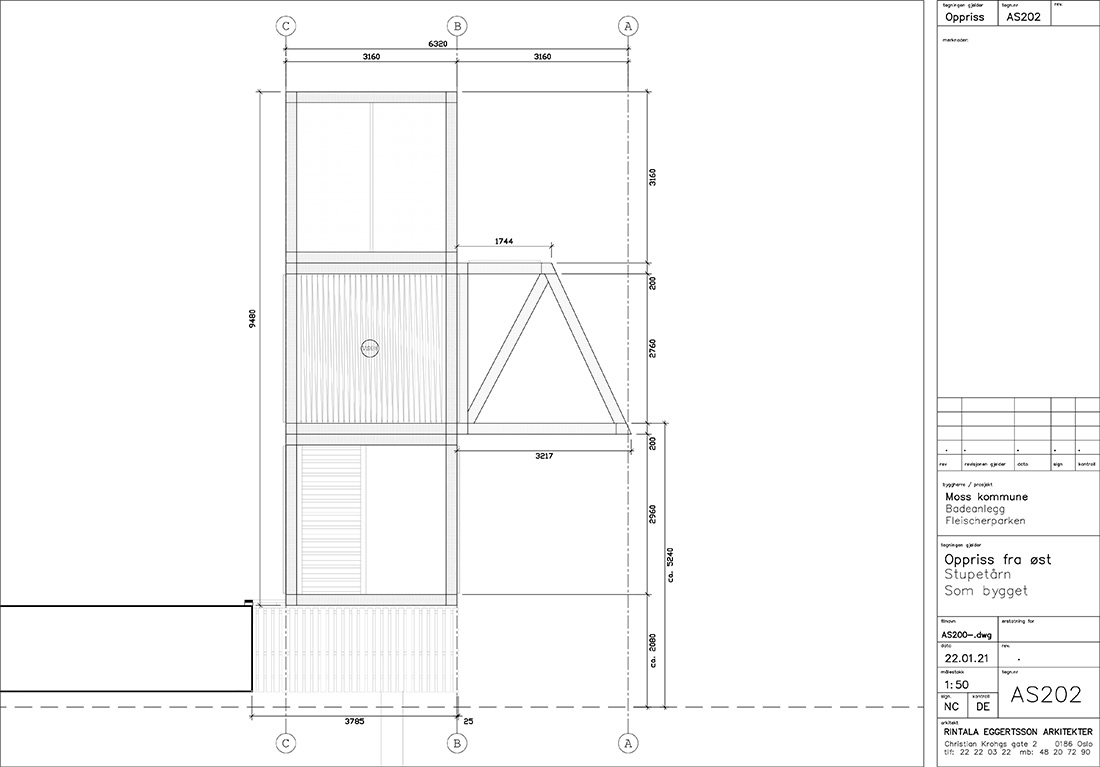 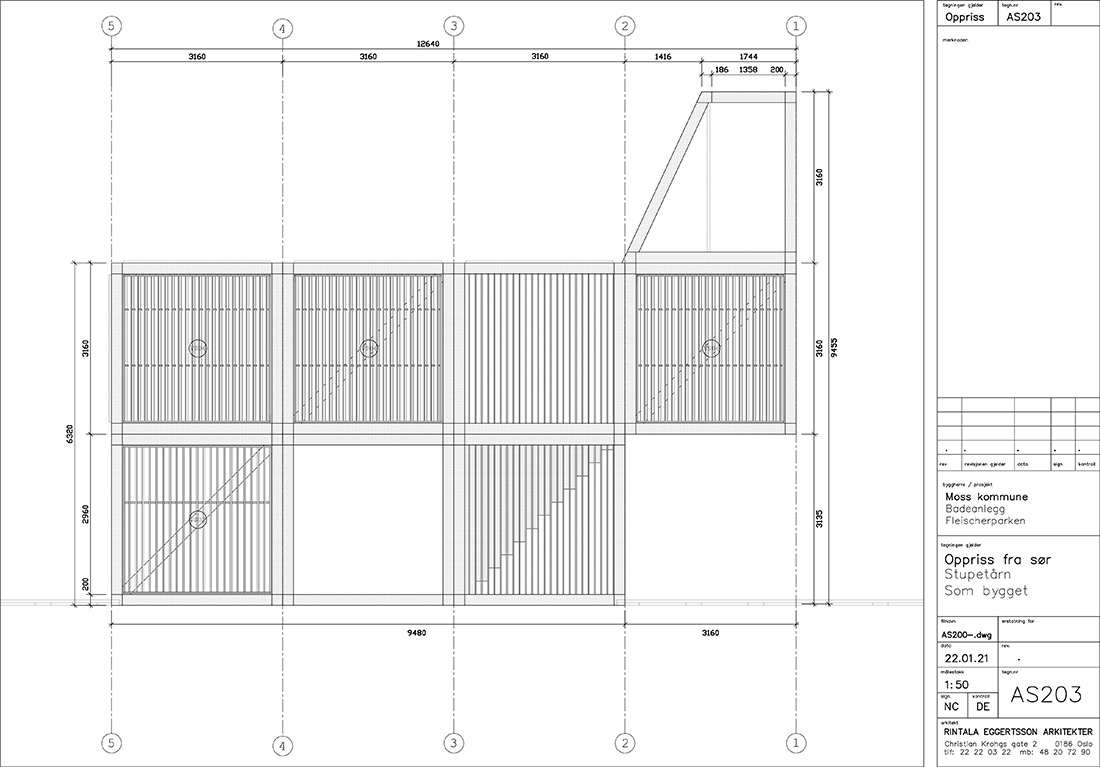 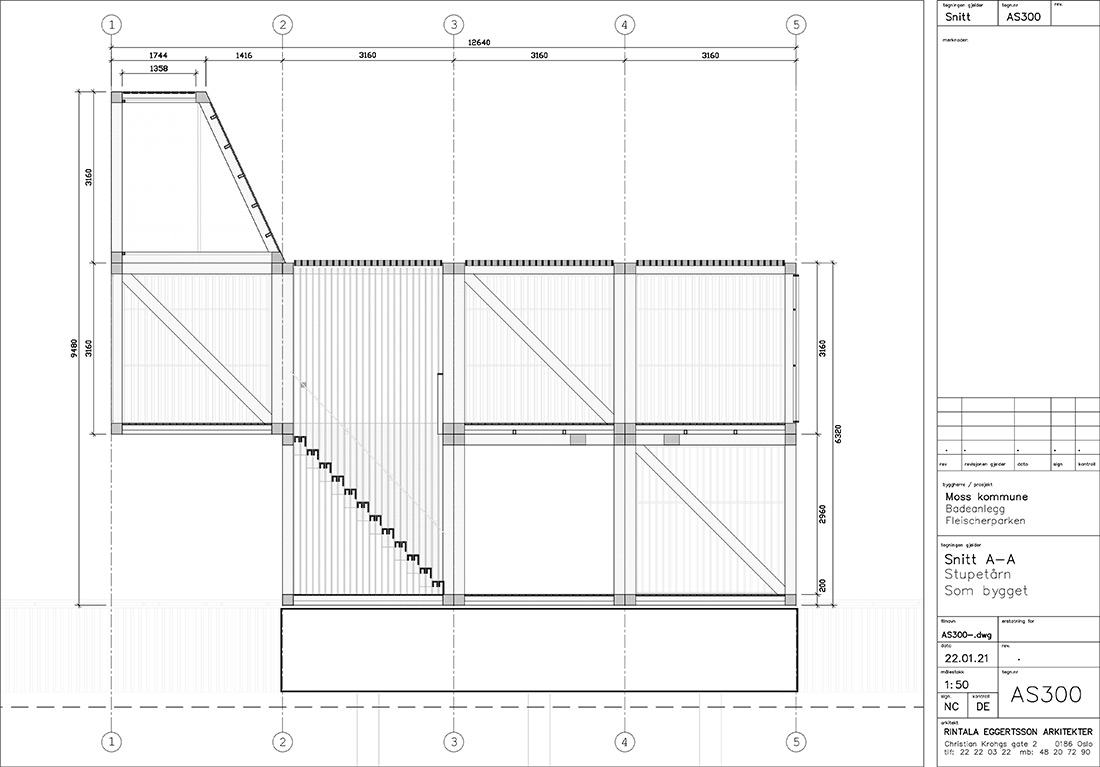